The Friedman family was officially all settled in to their new apartment. Ryan and Lupita were right to not worry about the kids adjusting to the city, they were the same kids as they’d been on the Crumbling Isle in Windenburg. That meant the parents were free to focus on getting the new home setup. They made their goal of having the apartment renovated not just before Christmas, but before Alex’s birthday.

After finishing Alex’s birthday cake, Lupita took a look around her new kitchen. It was bigger, but just as blue, as her kitchen back on the Isle. But this place felt more like home. She called out to the rest of the family to join her in the kitchen so they could all celebrate Alex aging up to teen. 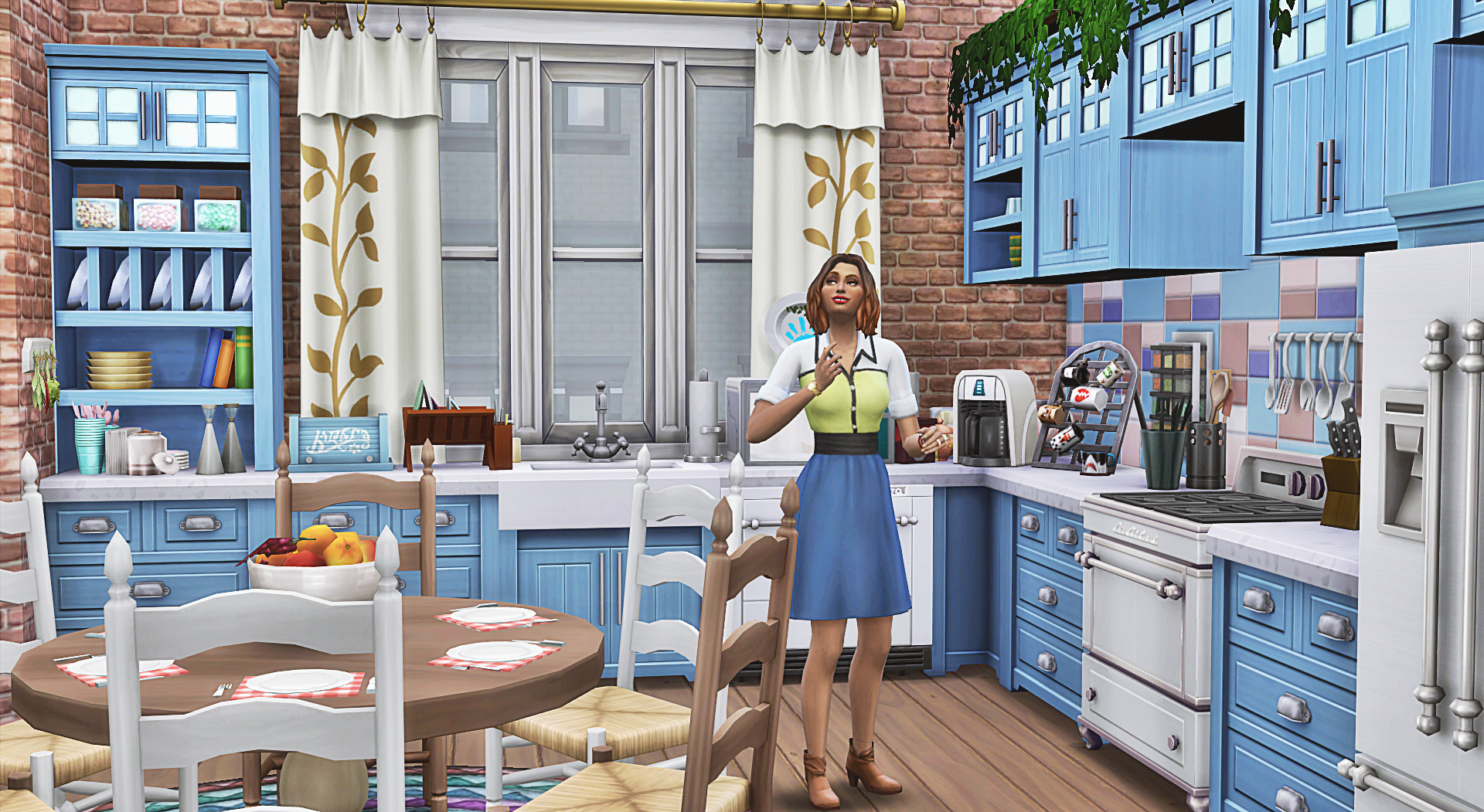 Ryan was with his children Alex and Maria in Maria’s bedroom when he heard Lupita’s call. They were chatting about Alex’s birthday. Maria was trying to convince him not to age up and leave her behind, and Ryan was having a hilarious time trying to explain to her why that wasn’t possible. “I know you don’t want your mother to come in here to get you,” said Ryan “It’s time for Alex’s birthday, sweetheart. It’s going to happen, you may as well get on board and get in the mood to celebrate.” 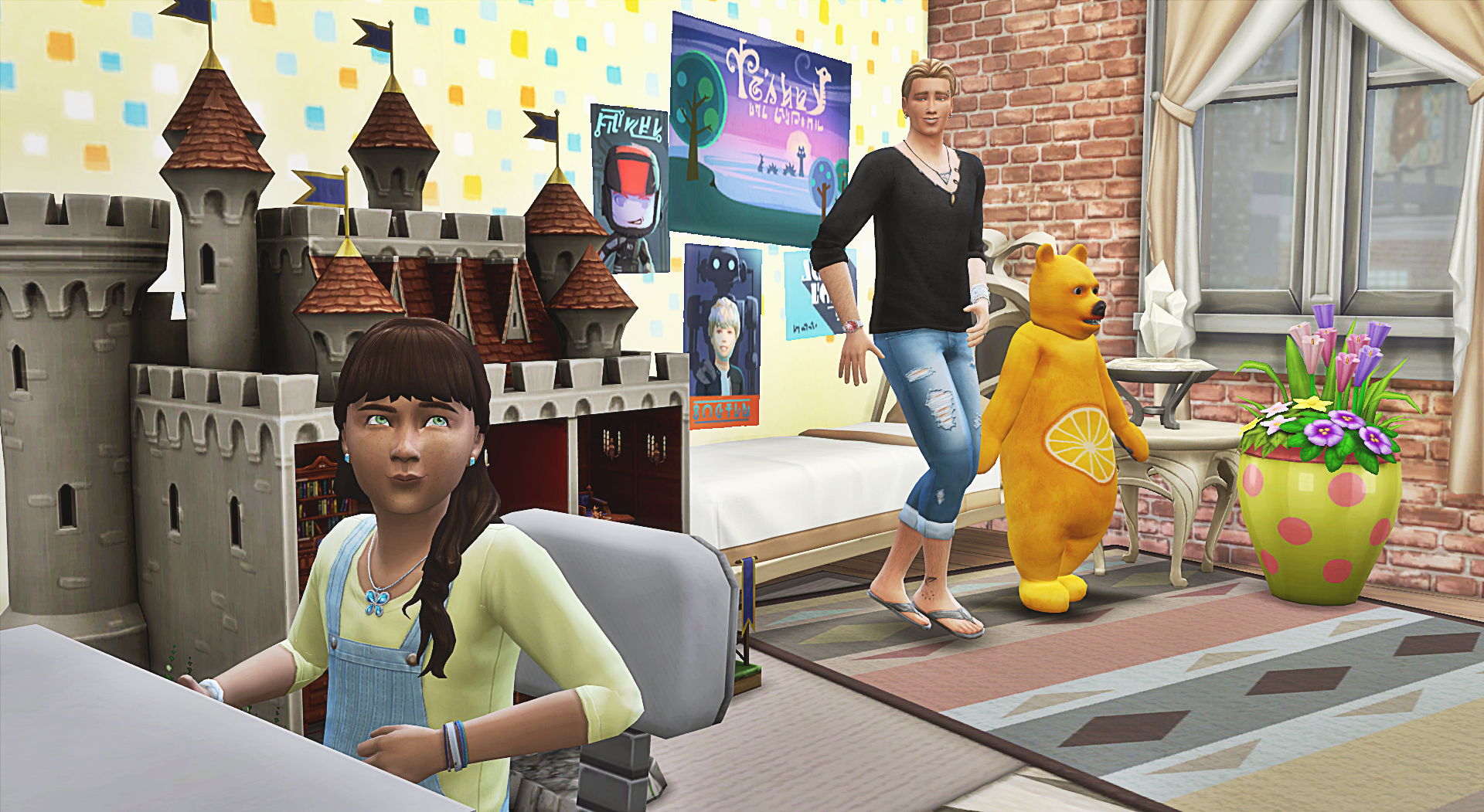 Alex, still dressed in his orange bear suit, made his way over to the cake. His parents were excited–very excited–for this next phase of his life. They each secretly wondered if the bear phase which had lasted so long would continue into his teen stage. They cheered as he made a wish and hoped for the best. 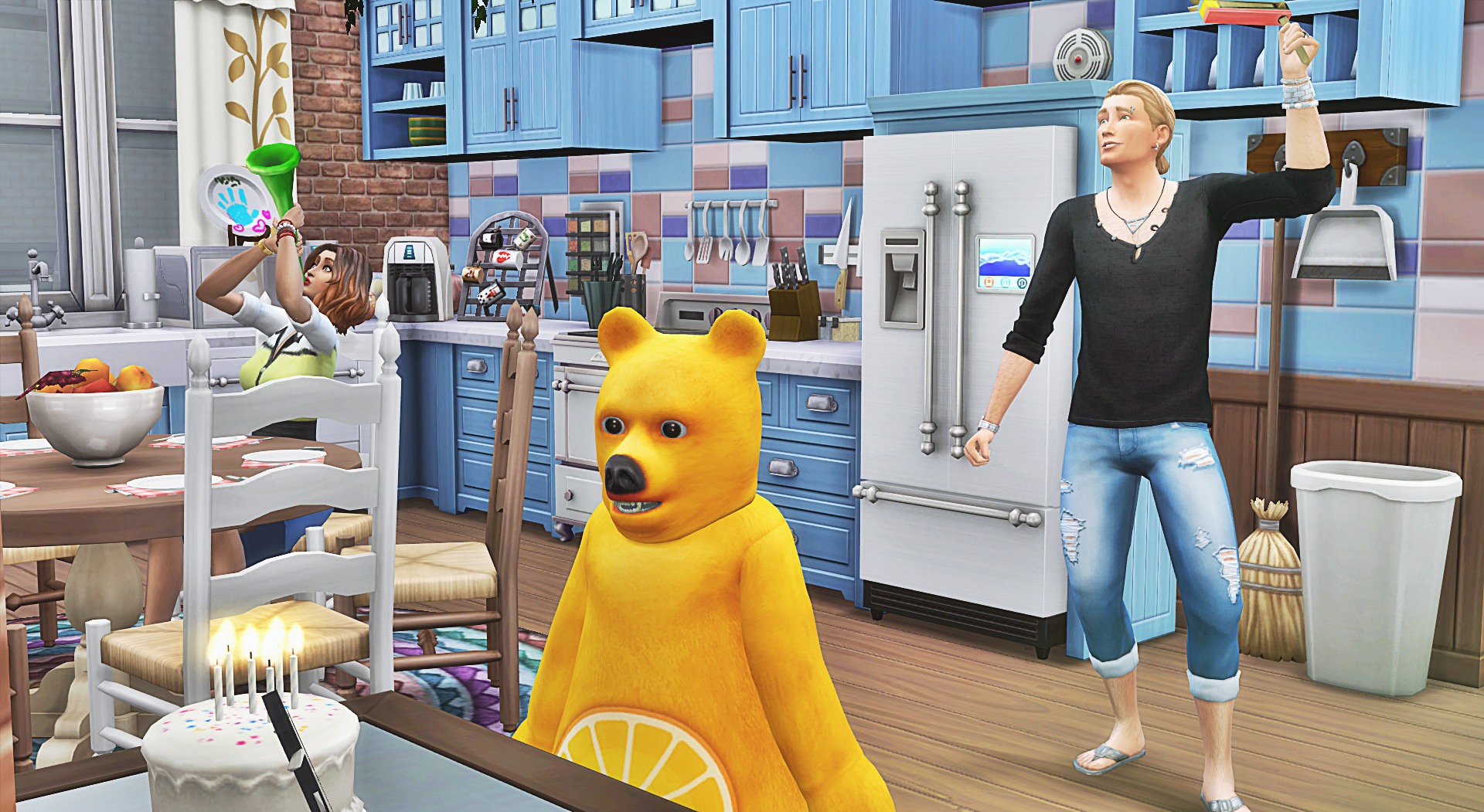 As Alex aged up, Maria was somewhat… less than thrilled. She didn’t understand why he wanted to grow up so bad anyway. They had so much fun together as children, and now she’d be the only one. Mamá and Daddy didn’t seem to care about making another sibling for her, so now who would be her partner in crime? She wouldn’t be sad to see the bear suit go, but she would be sad to have to now figure out how to release all the hamsters by herself. 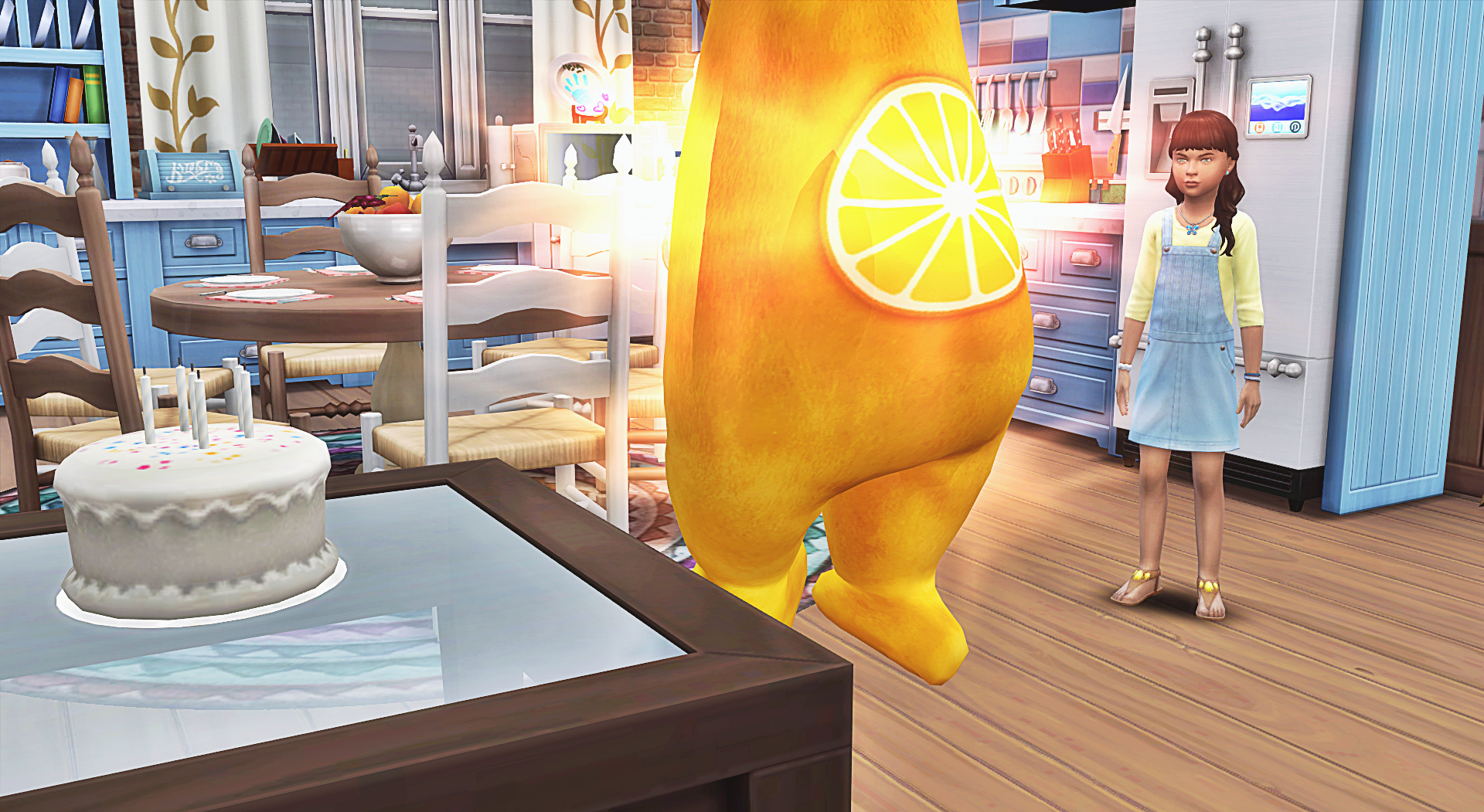 Maria didn’t want her brother to think she wasn’t happy for him, so she pulled out a noisemaker and started to cheer as he finished his aging up spin. Then a genuine smile broke onto her face when she saw his hair. She was trying very hard not to burst out laughing, and she really hoped he was planning on changing it in the mirror right away. 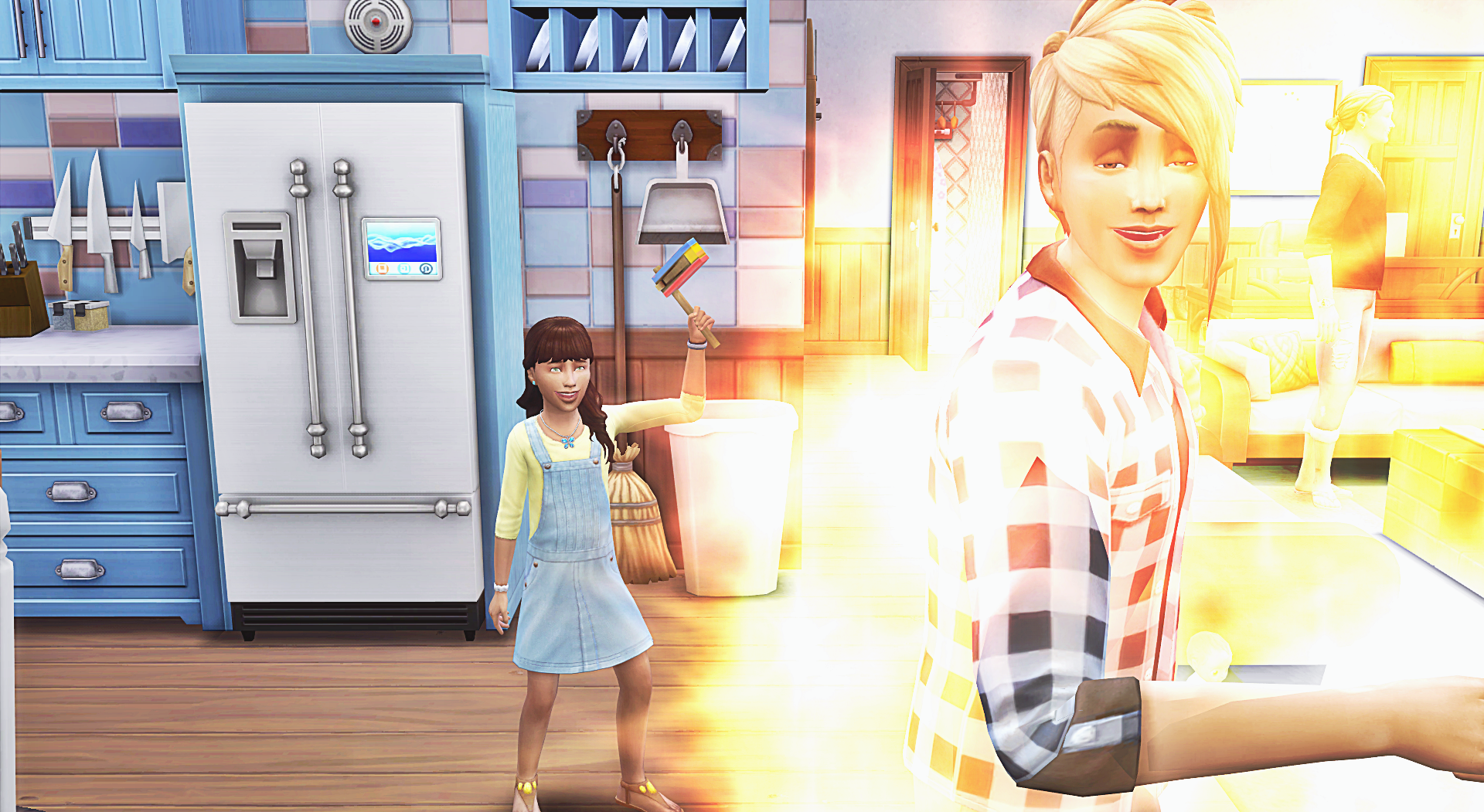 Alex did the normal Sim thing to do right after aging up, he took a trip to the mirror to update his look. He thought he looked pretty good with his funky hair, but he didn’t miss Maria’s barely contained laughter, so he would try a few other hairstyles to see what worked. He mused in the mirror as he admired himself with more height and broader shoulders. 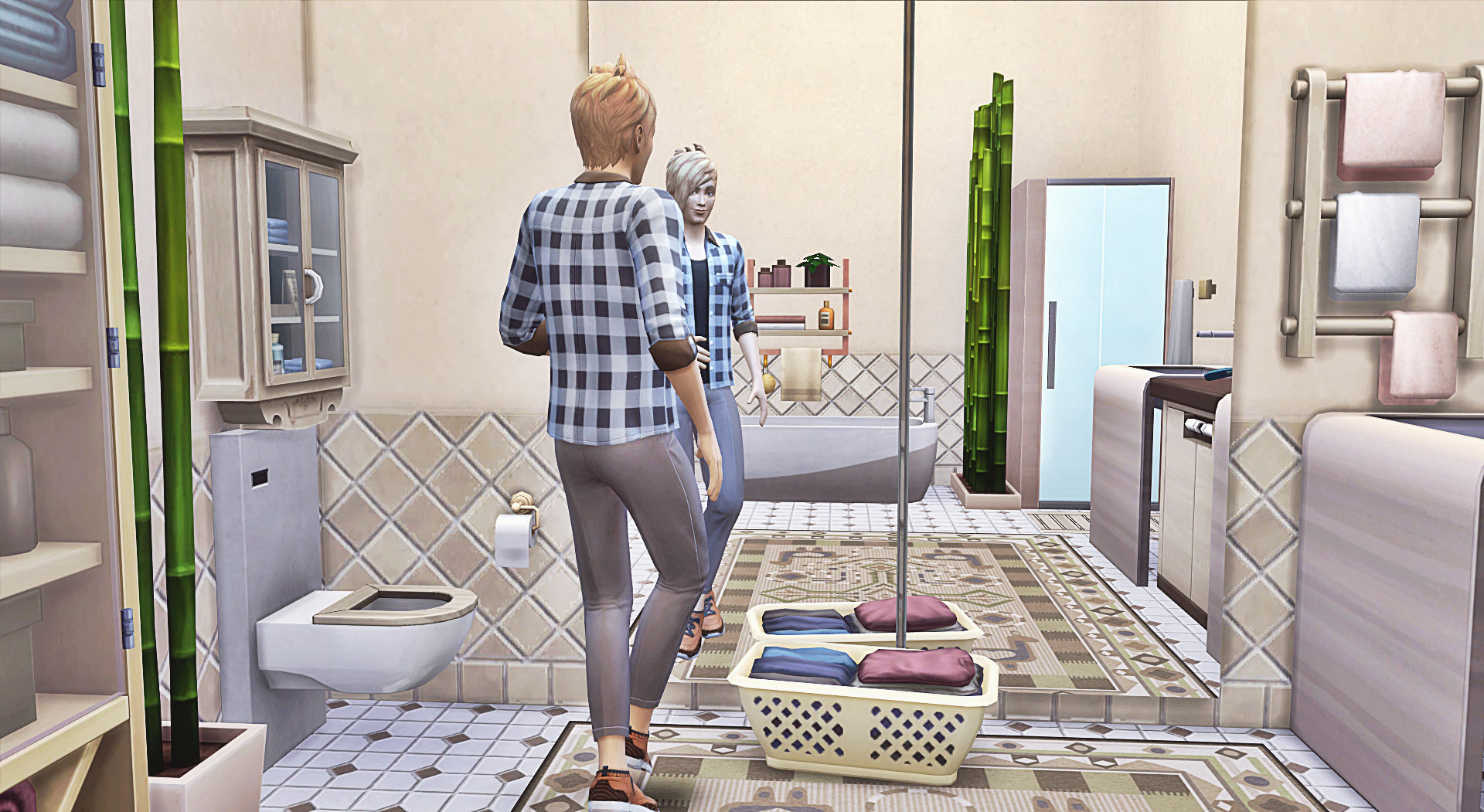 What kind of teen Sim would he be? Sensitive and artistic? Sporty and fun? Cool and brave? As good looking as he thought himself to be, there was really only one option, serial romantic loverboy, and he knew just the look to match his new persona. 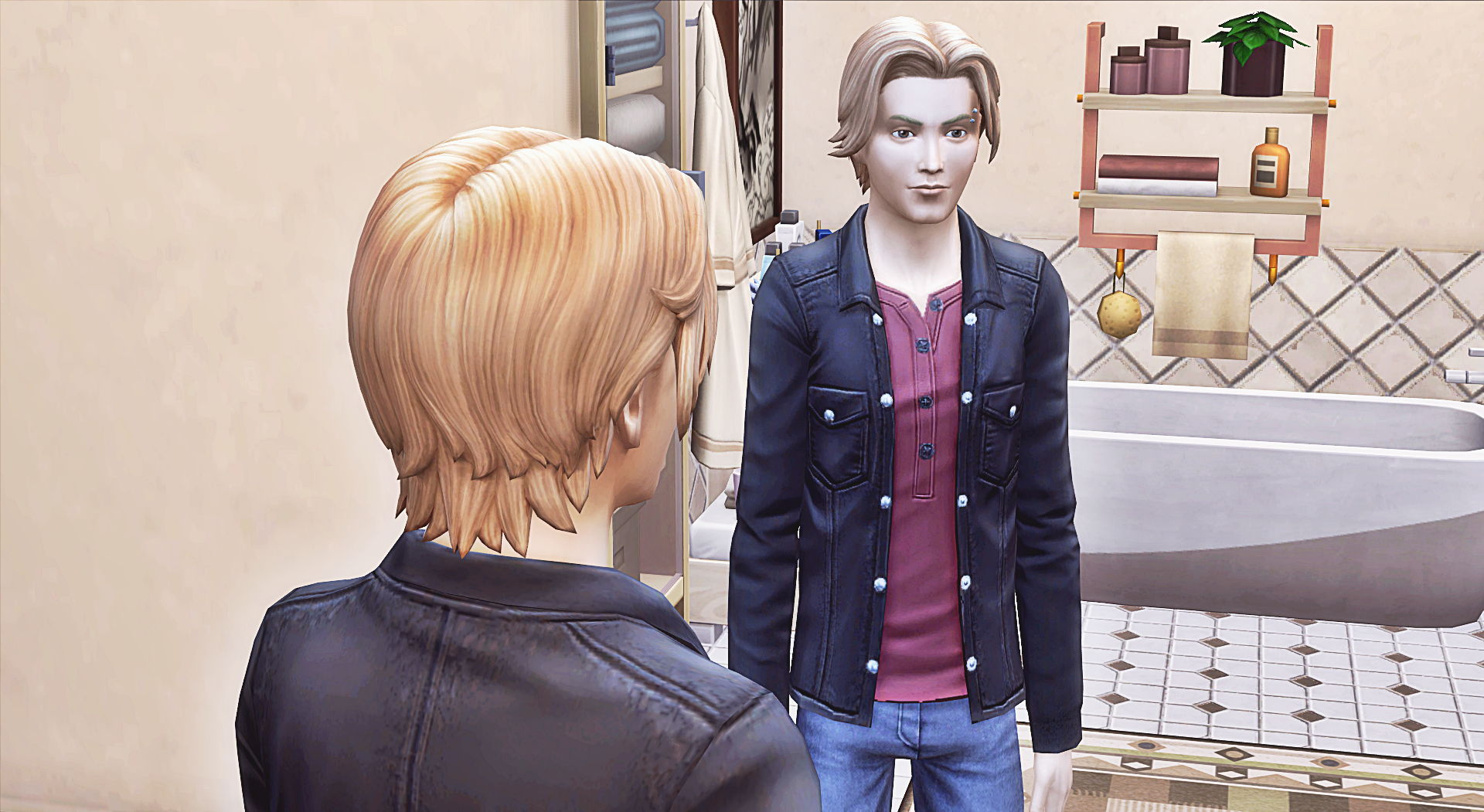 Oh yeah, this would do. This would do just fine. Alex looked mostly like his father Ryan, but he had his mother’s eyes. Those eyes would surely make him very popular with the ladies at his new high school he was starting on Monday. Long gone were the days of hiding in a bear suit.

After the small family birthday party, there was work to do. Lupita spent the rest of the weekend getting repeal signatures. The Sims Success Club was serious about getting rid of the Roughhousing Encouraged N.A.P., and with the help of everyone in the building, they got it done. 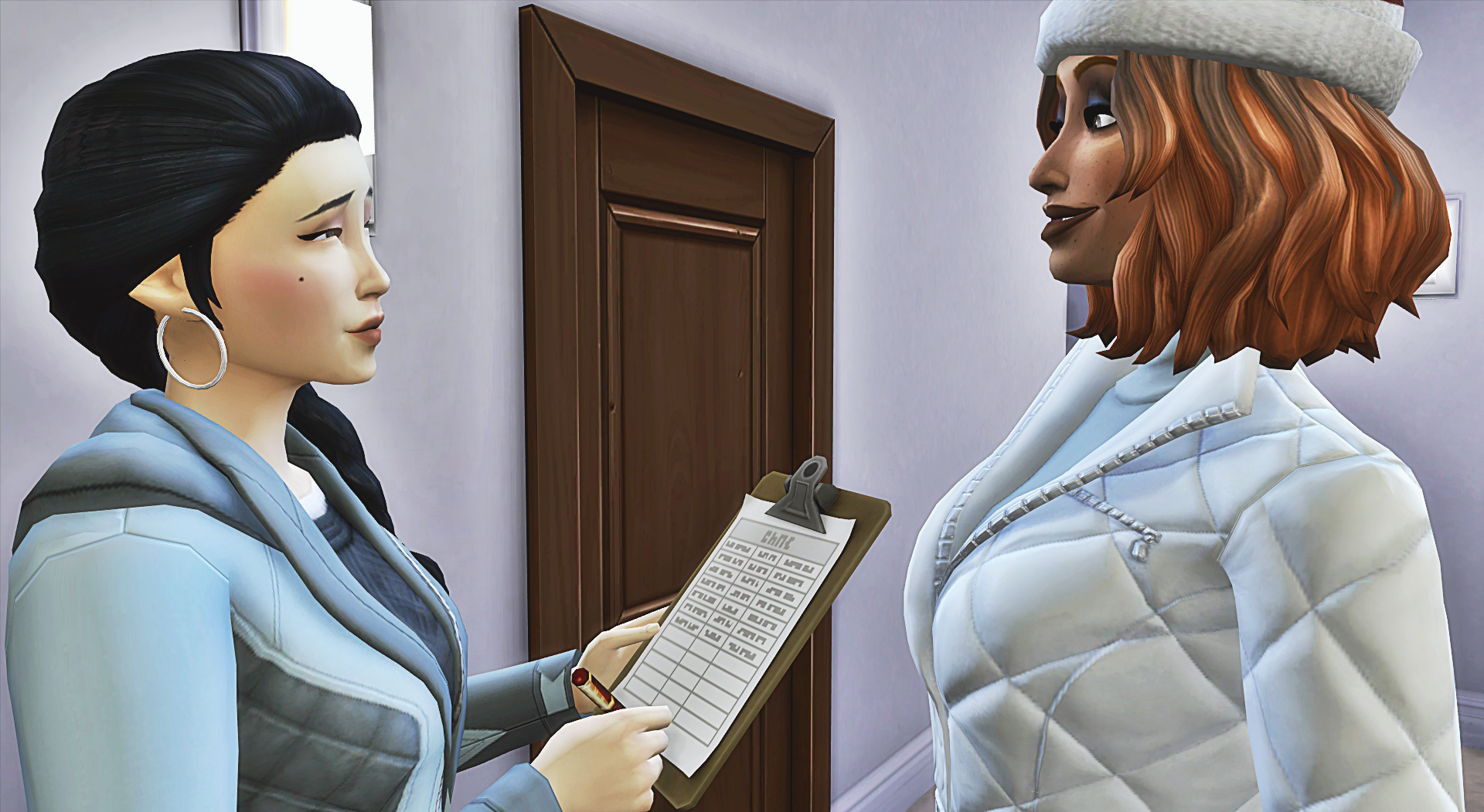 Birthdays and neighborhood actions plans come and go in the Sims, and like with most things, not much else changed with the Friedman household. Ryan made the family breakfast, during the meal Maria begged for a younger brother or sister, Lupita warned her off the topic, and everyone enjoyed spending time together. Seems like life was chugging along just fine, at least until Alex starts high school the following day. 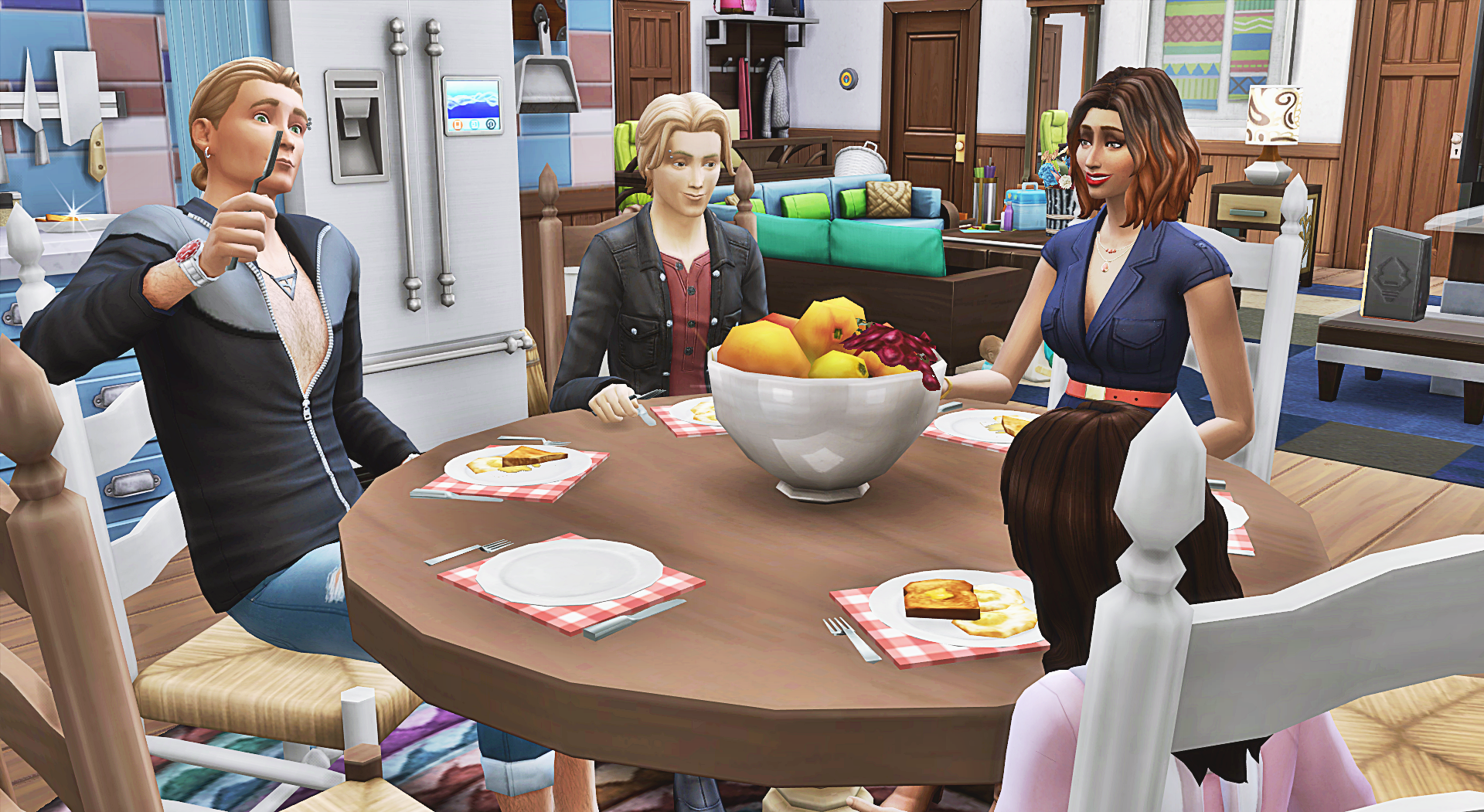