It had taken the rest of the summer and most of the fall before the entire Sims Success club was moved into the Culpepper Apartments. But by the first week of winter, they were all settled in and happily discussing what renovations they would do to their places in the spring.

Devan and Aniyah had fewer financial hurdles than some other members of the club, so they used a bit of money to start fixing things up, mostly focusing on the kitchen. As online personalities and budding chefs (though Devan was thinking of going the Mixology route), having a stream-worthy kitchen was key to maintaining their new celebrity and their skills.

The two friends lived in Oasis Springs before they moved to San Myshuno, so they were not prepared for the snow. Aniyah was happy to go shopping and find her a cute cold weather outfit. She was all smiles as she took in the neighborhood during the first snow. She was quite sure she would do well as a city girl. 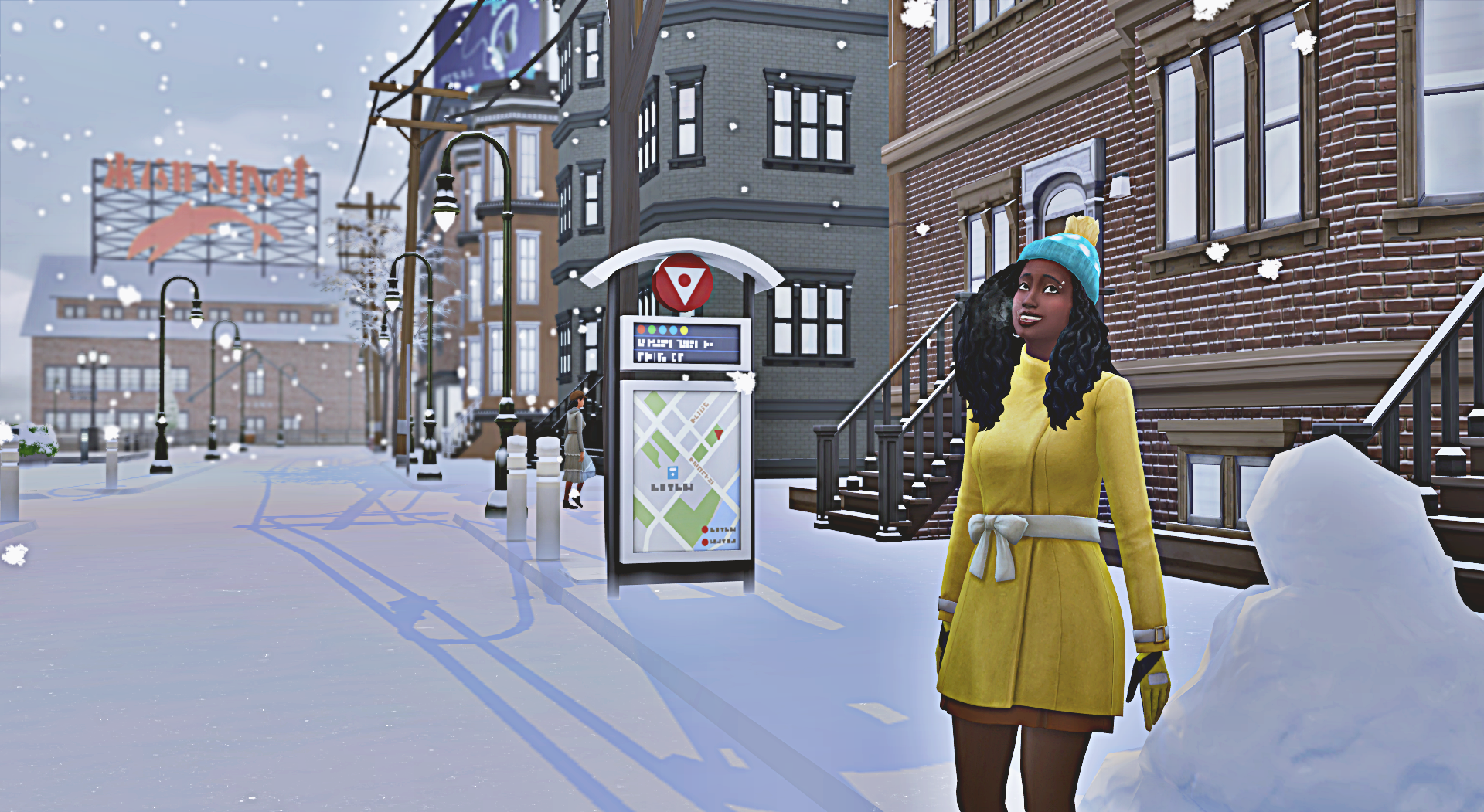 Eventually she got cold and had to go back inside. She found Devan streaming with the drone as he attempted to learn to play their keyboard. He sounded terrible, but she knew he didn’t need her criticism added to the online trolls who were surely saying the same thing, so she kept quiet. Instead, she hopped on the laptop and started arguing with the trolls on his SimTube page. Nobody talks shit about her best friend! 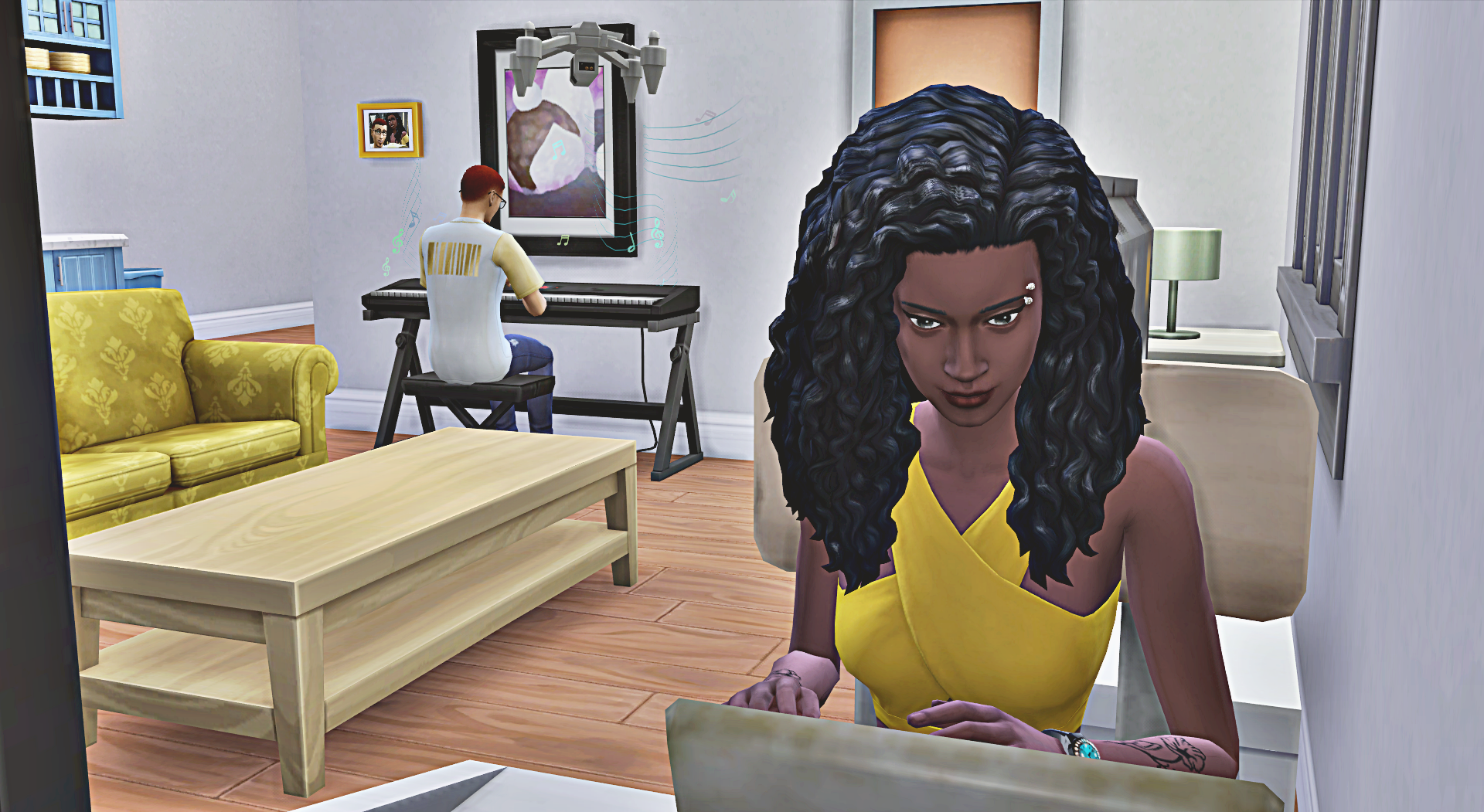 Eventually Devan came to his senses and stopped the music for now.

Aniyah, always full of good ideas, decided they should throw a dinner party. No one in the club had thrown a real housewarming yet, likely because all their places still needed work, but why couldn’t she and Devan be first? And what more fitting type of party to have?

She quickly setup a party for that night, their place, 8pm. She decided to invite more than just the club. She had other friends and interests, and she wanted to make sure was staying free and easy. She got herself to the new expanded kitchen area and got to work whipping up a few dishes for dinner. Devan of course helped with the drinks. 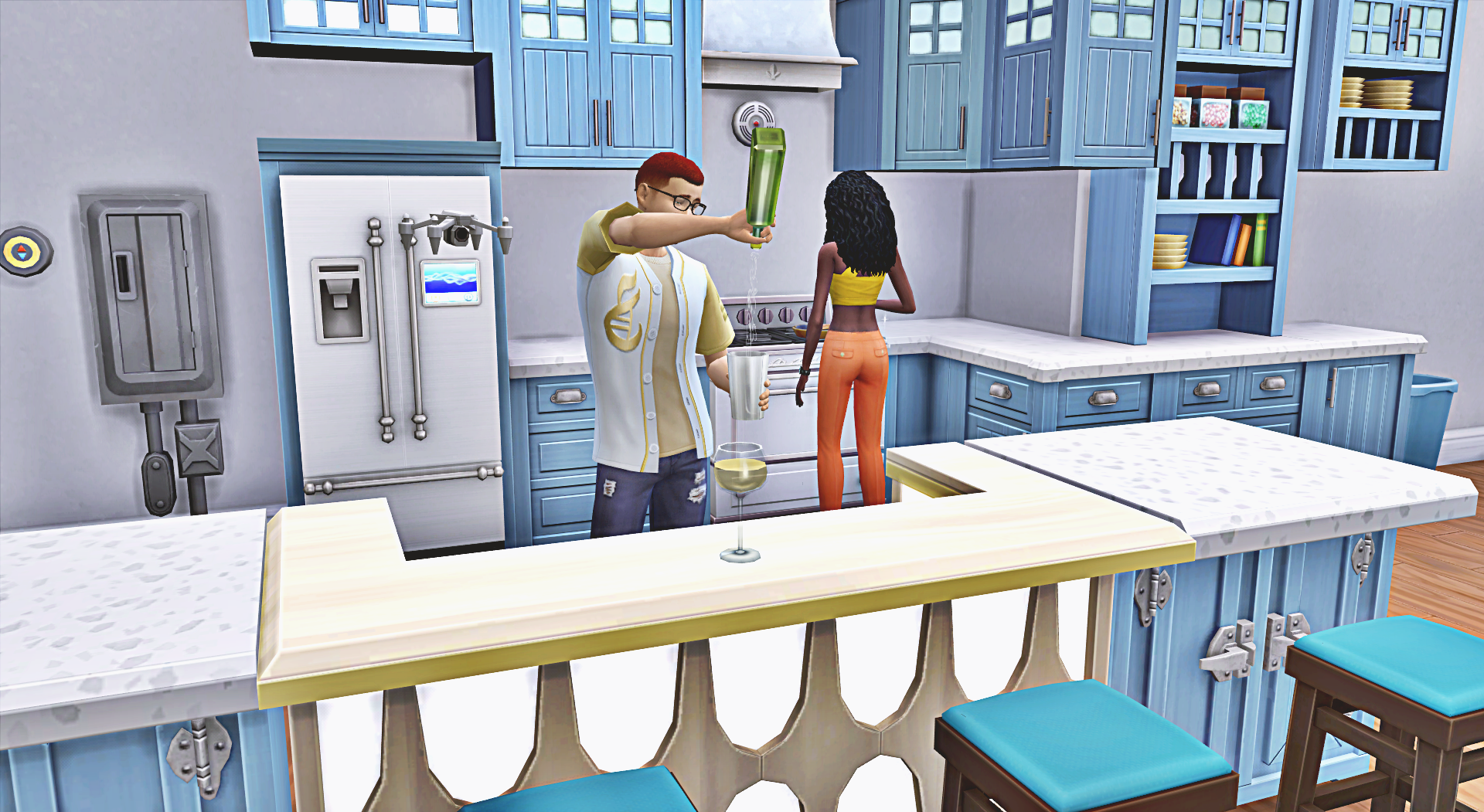 Soon the guests arrived. The apartment wasn’t quite setup for a real dining room table but their island seating plus the couch and a tiny breakfast table made sure every butt had a seat. 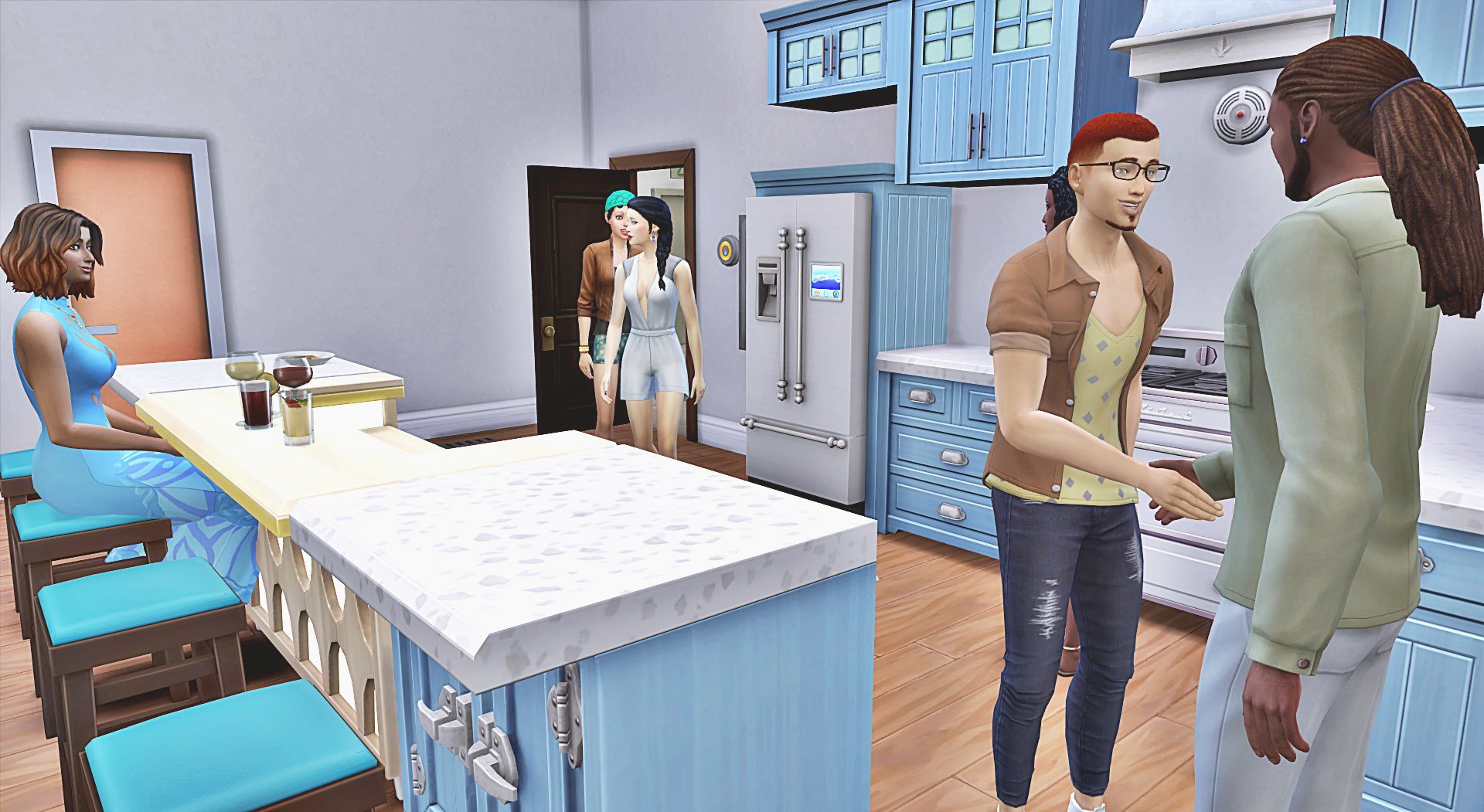 Everyone was enjoying the food and chatting with Sims they knew and Sims they just met. Aniyah got the great idea to invite even more. She and Devan sent out the invite to every Sim they knew who was free right then, and they all showed up. 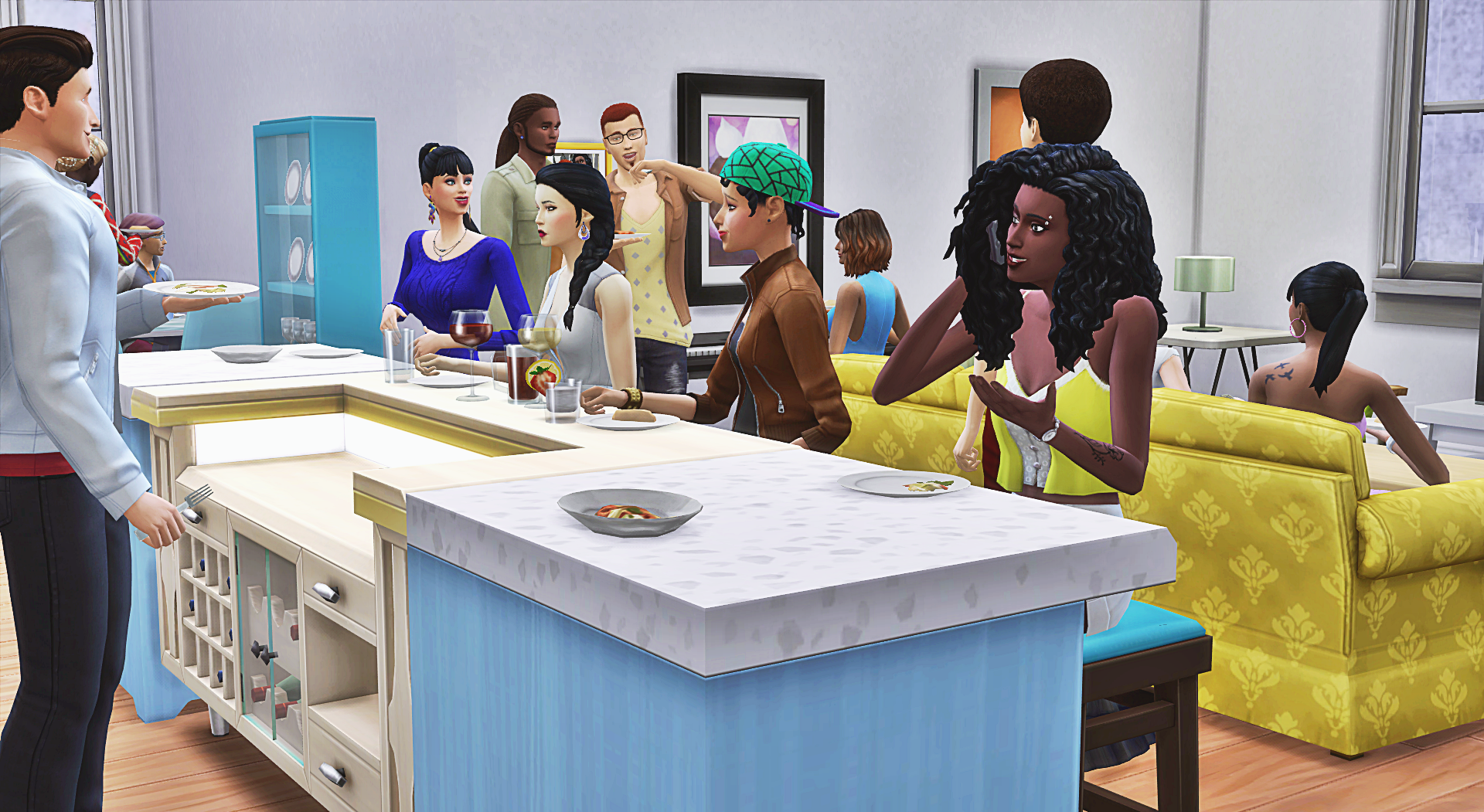 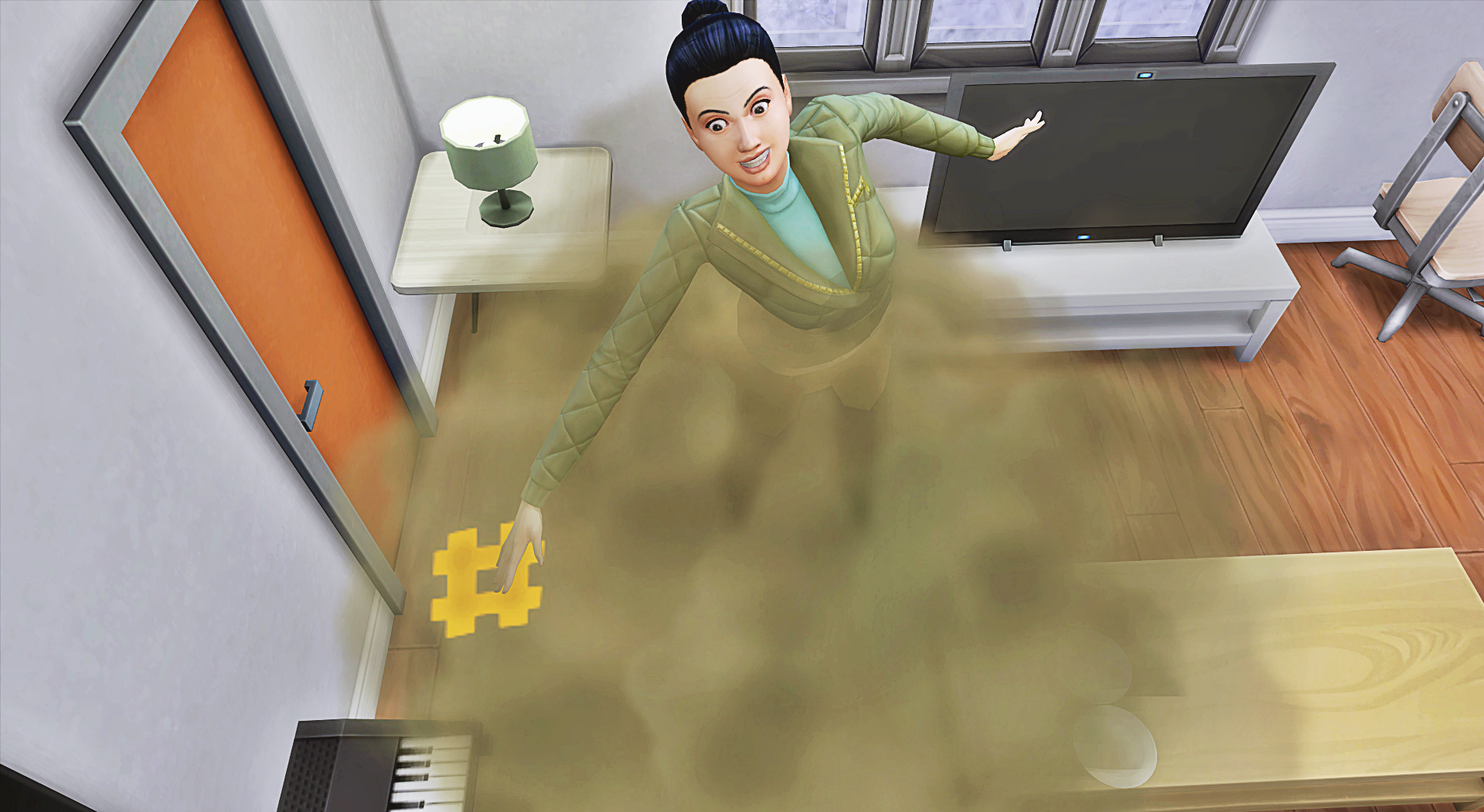 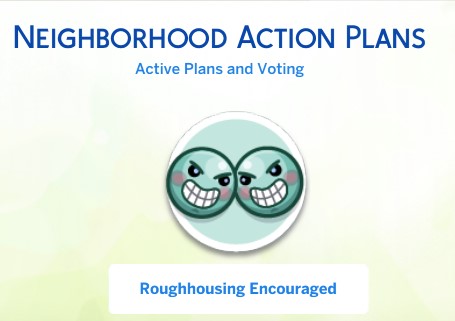 Devan texted the club group chat to request they repeal this NAP as soon as voting opened up again. Everyone quickly agreed. But because the NAP was in place, the fight finished without incident, and everyone kept partying. Devan even started tending bar so he could make drinks to order rather than just making up whatever popped into his mind.

And all the food was quickly eaten, so Aniyah found herself back in the kitchen making more food for everyone. She happily chatted with whomever was nearby while she cooked. She loved their open floor plan so much! 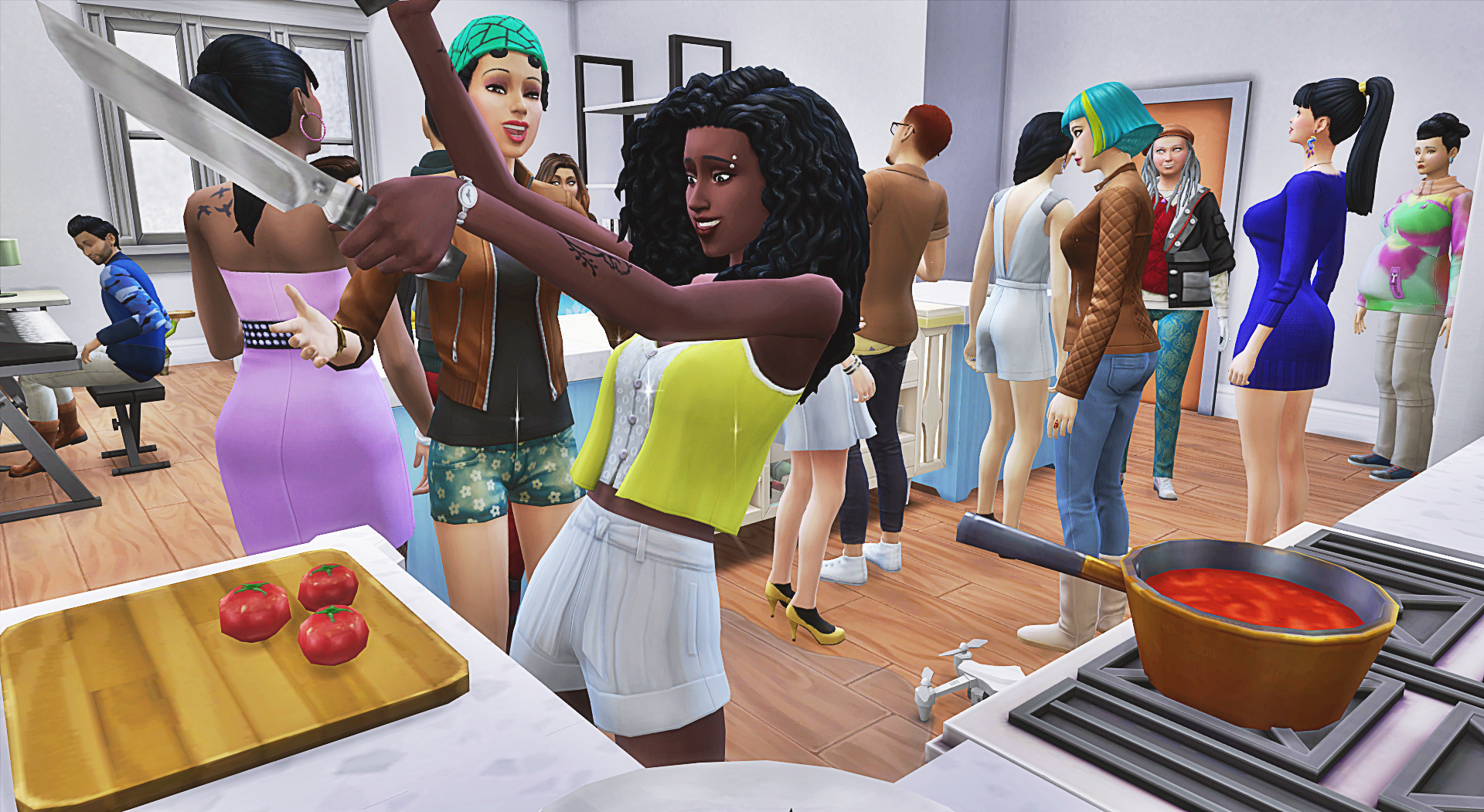 The party eventually wound down until even the last lingering guests left. Too tired to do dishes, they were acutely aware that they still needed to buy a dishwasher. They promised themselves they’d get the upgrade after their next promotion as they ended the evening with a glass of wine on the couch. 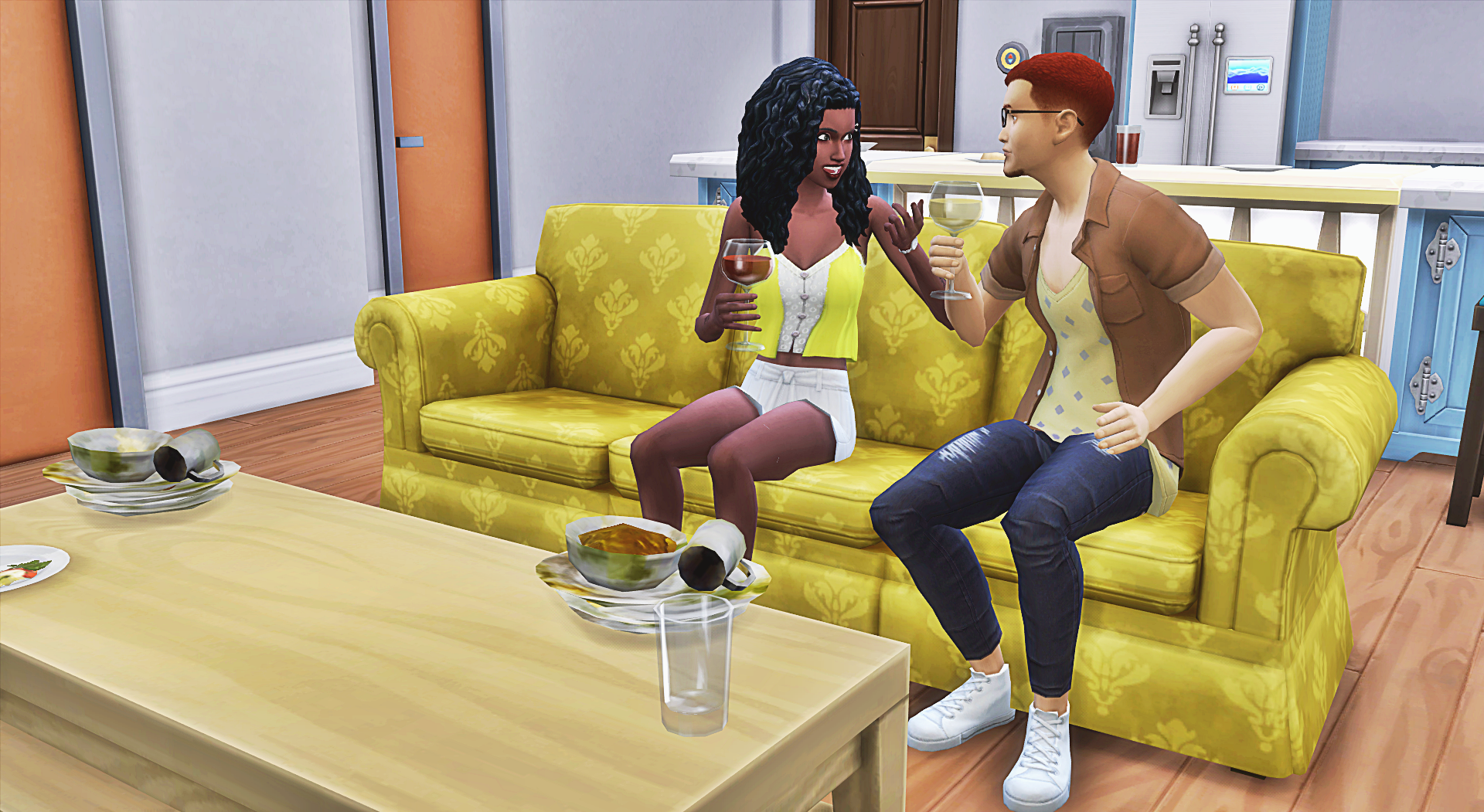 Aniyah and Devan had chosen the apartment that needed TLC, but they had no regrets. They were young and single and needed two bedrooms. Plus they were the only ones in the co-op with a balcony. They couldn’t wait to start a balcony garden in the spring and get grilling in the summer. They were sure they’d made the right decision to move into the city.