It had been a while since the Sims Success Club had a real meeting. Since the whole club was in the process of moving into the city–directly into Elijah’s brownstone building–he thought having a new meeting place would be ideal. Somewhere really really nearby. Like the Waterside Warble that was literally on the next block. It had a second floor that was empty for some reason. It wasn’t too hard to convince the owner to let him take over the space, at a small rental fee, for the club. The club dues would more than cover the costs, though it might be a while before the place was up to the standards of their old hangout. 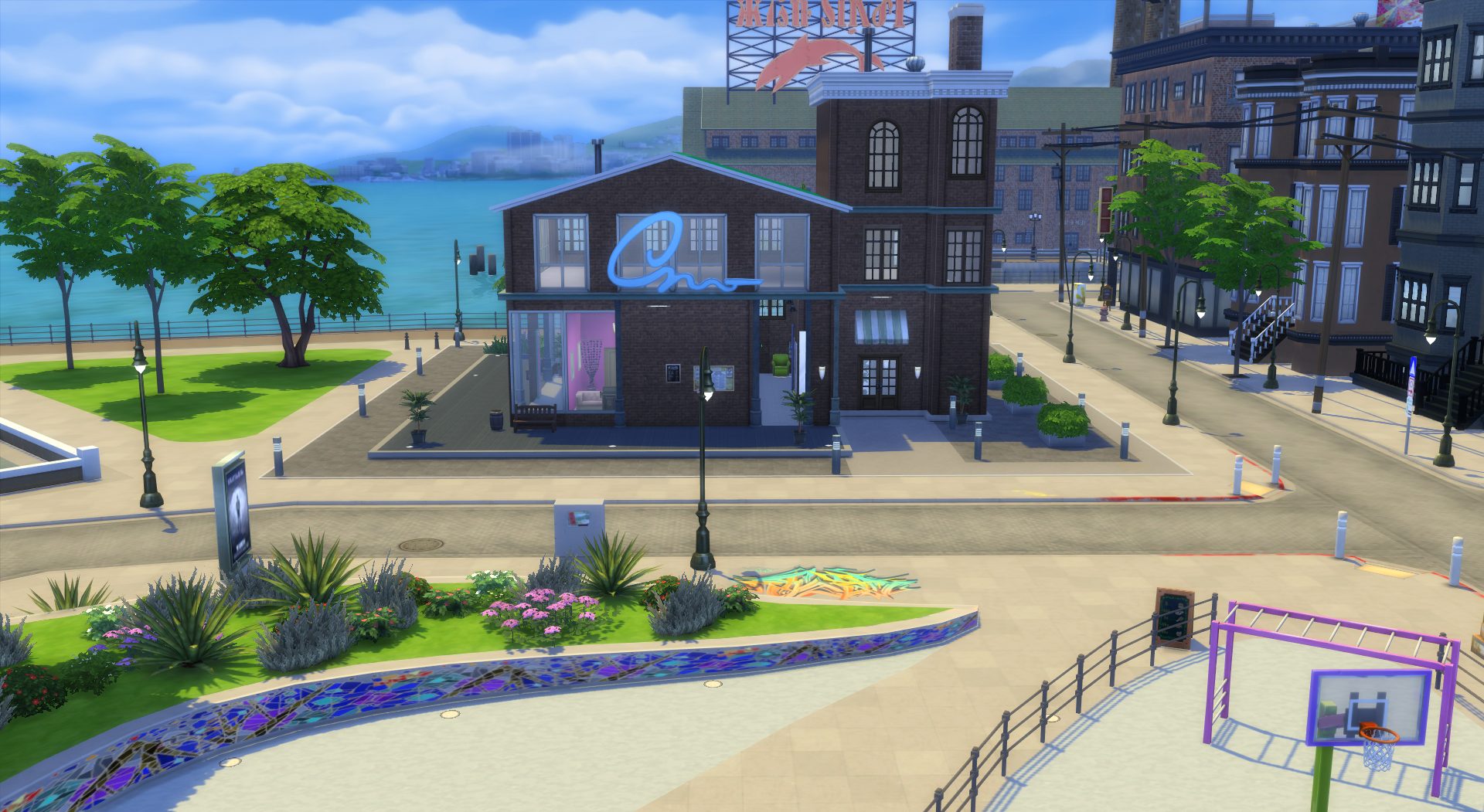 Elijah was happy to get in there and get the place sorted. He put in place the basics, nothing too fancy or expensive yet. 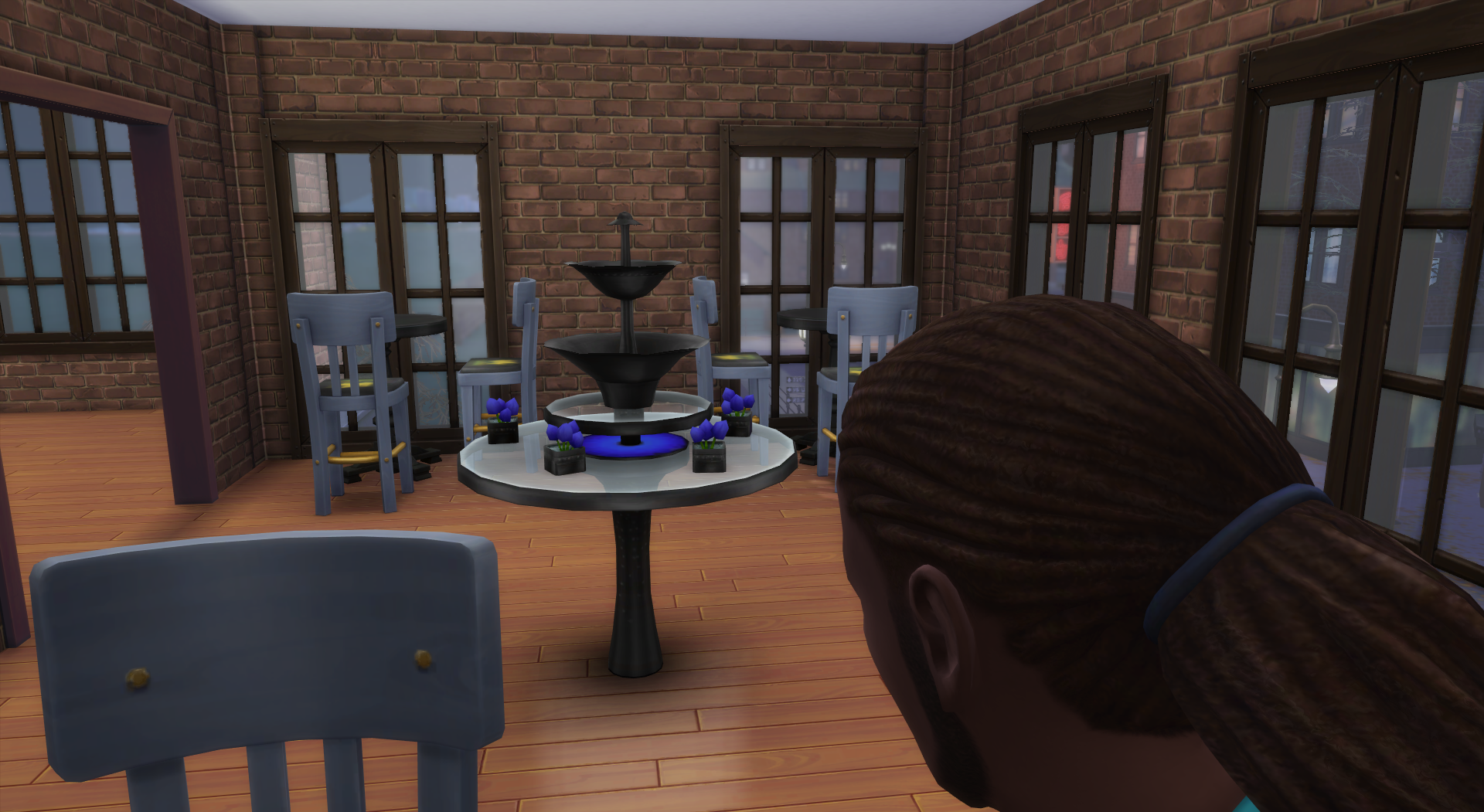 Then he called the club over for an official meeting.

“Sorry,” said Elijah. “But there was no room or budget for stairs. Besides the ladders keep the place relatively inconspicuous, which is important now that we’re all gaining more fame.”

“I’d like to see you try to climb two ladders in heels after getting caught in the rain. It rains so much more here than it did in Del Sol Valley. You’re so lucky Maggie is so gung ho on this move.” 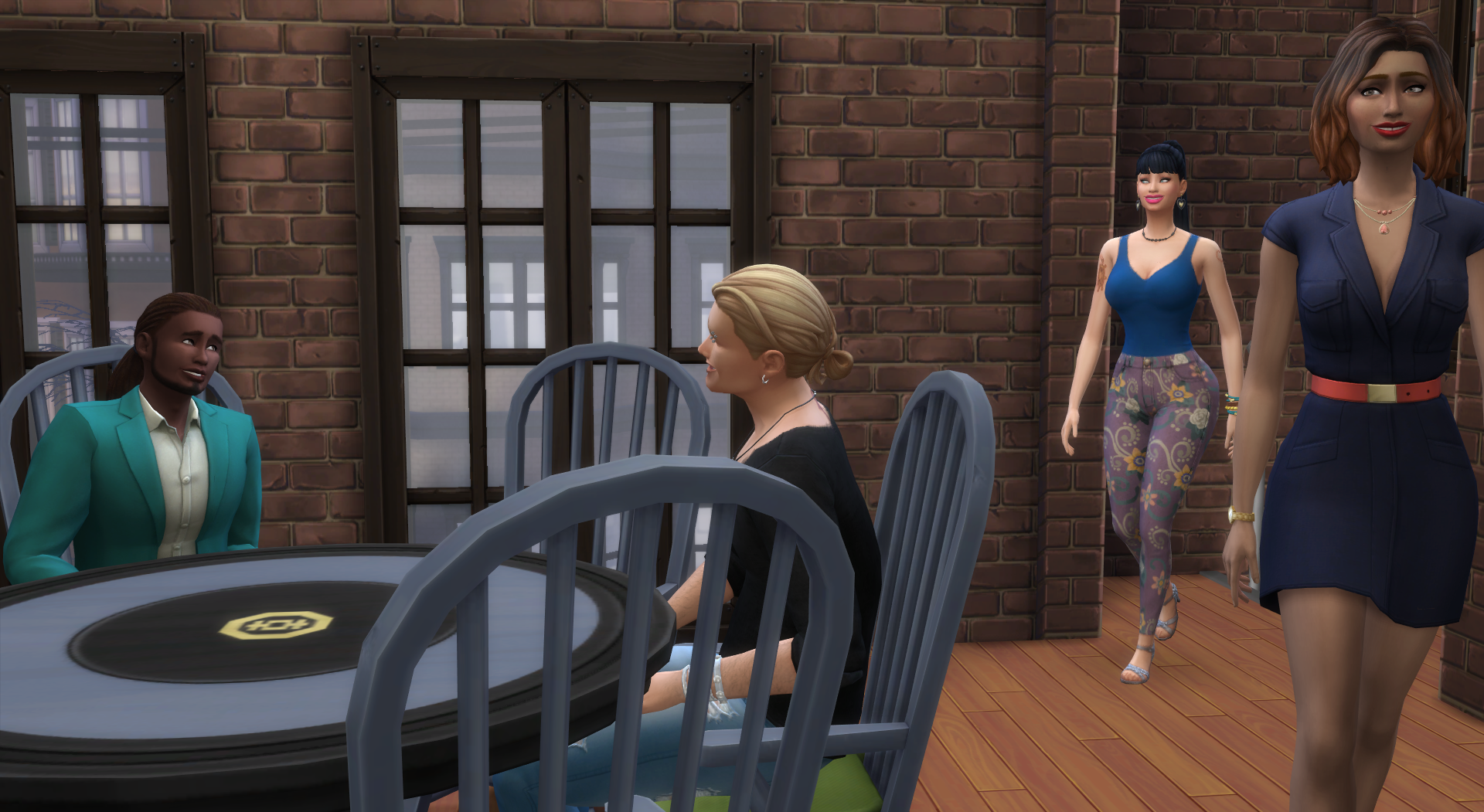 Everyone except Aniyah was getting settled around their meeting table on the top floor in the tower of Waterside Warble. Devan, looking eager to get away from the cracks in the wall, offered to go get her. 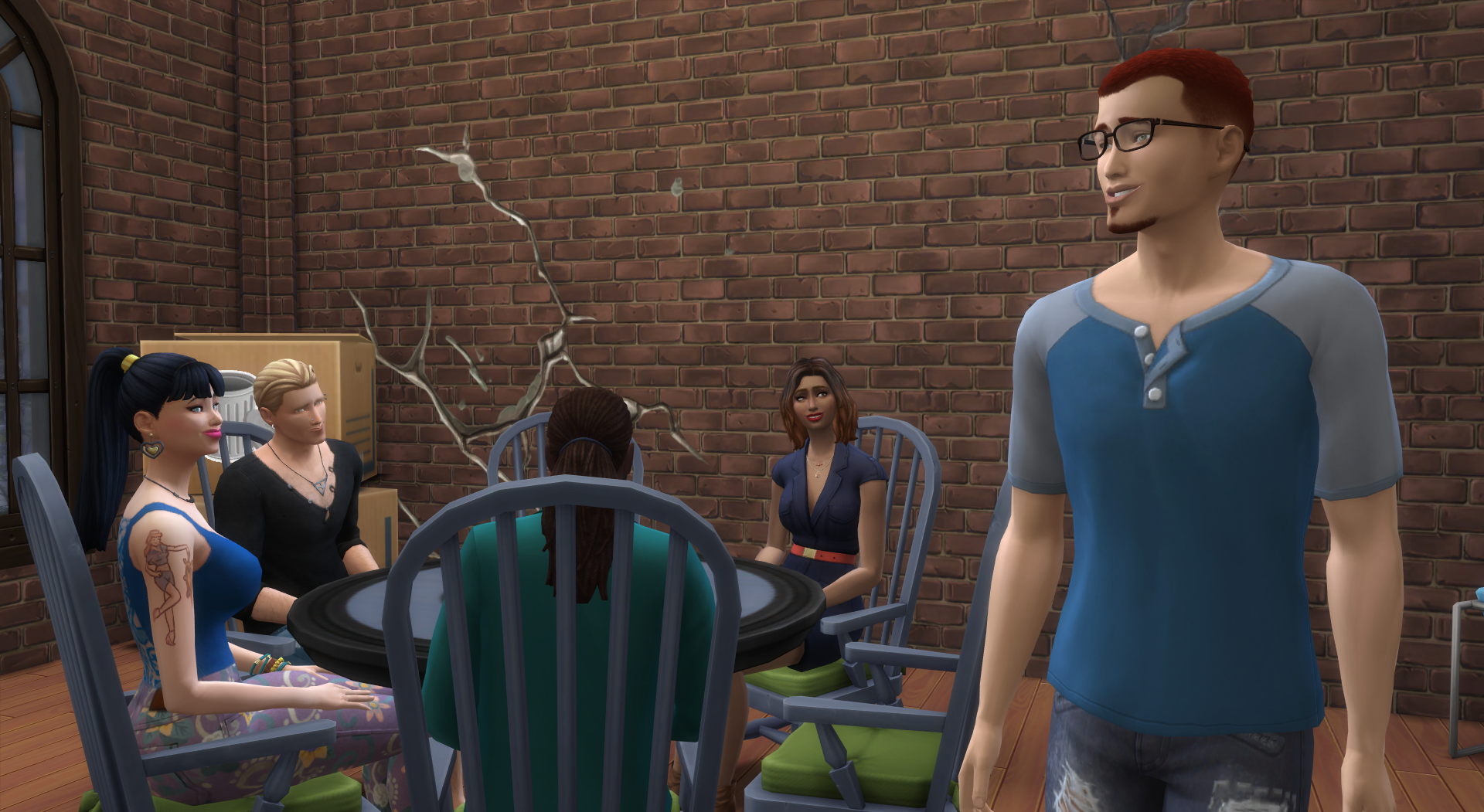 “I know it doesn’t look so pretty yet, said Elijah, “but it’ll get there in due time, especially once we get used to the sounds of karaoke drifting up. Besides, we didn’t want to spend all our money on club hangout renovations when we’re all trying to become property owners, right?”

Soon the whole club was gathered, and Elijah called their meeting to order. First order of business was finalizing everyone’s plans for joining the brownstone co-op. 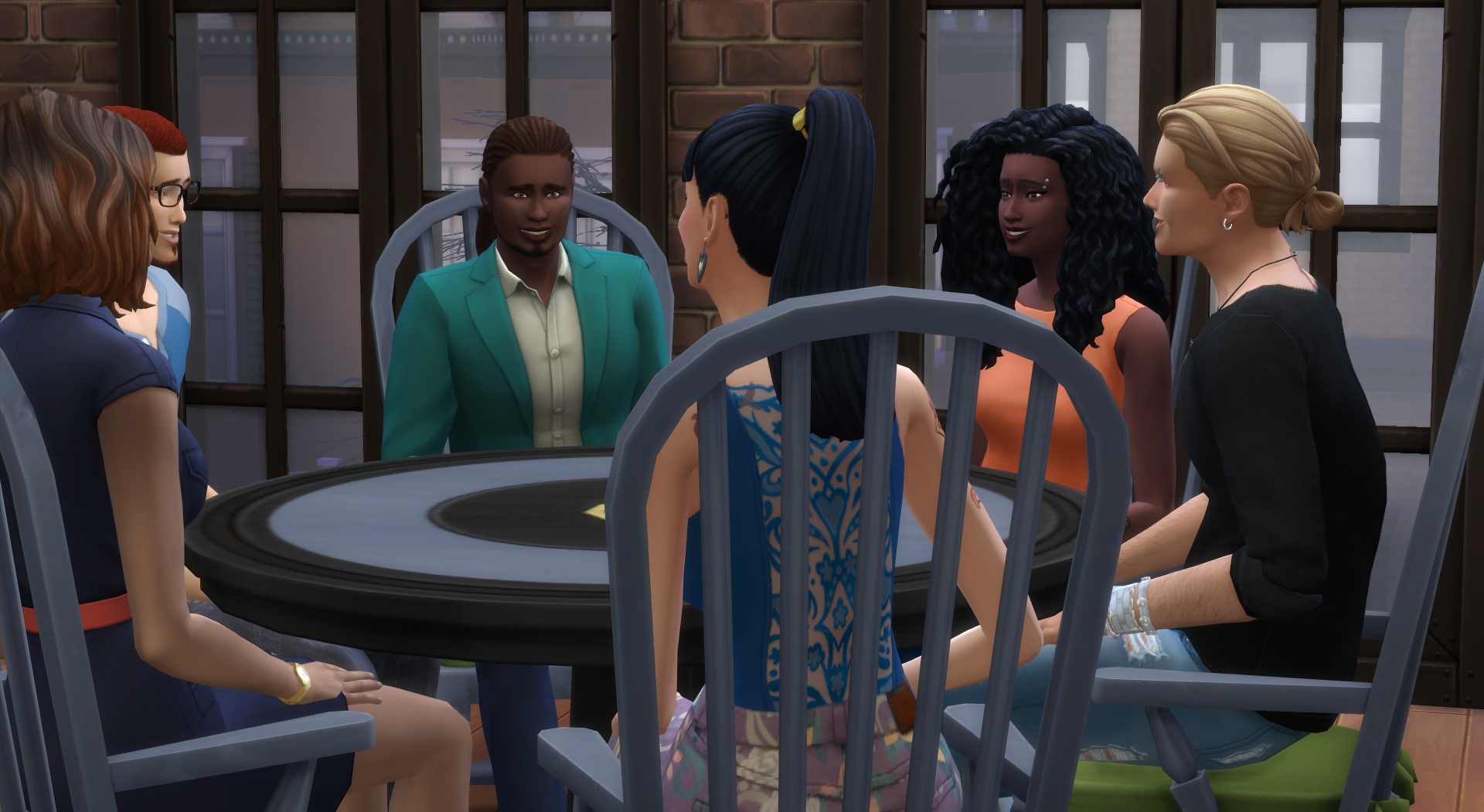 Elijah went first. As a current tenant of the building, he got first right of refusal to purchase his apartment. He was closing next week and was looking forward to paying a mortgage instead of rent. And he was able to confirm with his neighbors that they had each signed a statement saying they weren’t interested in buying their apartment. 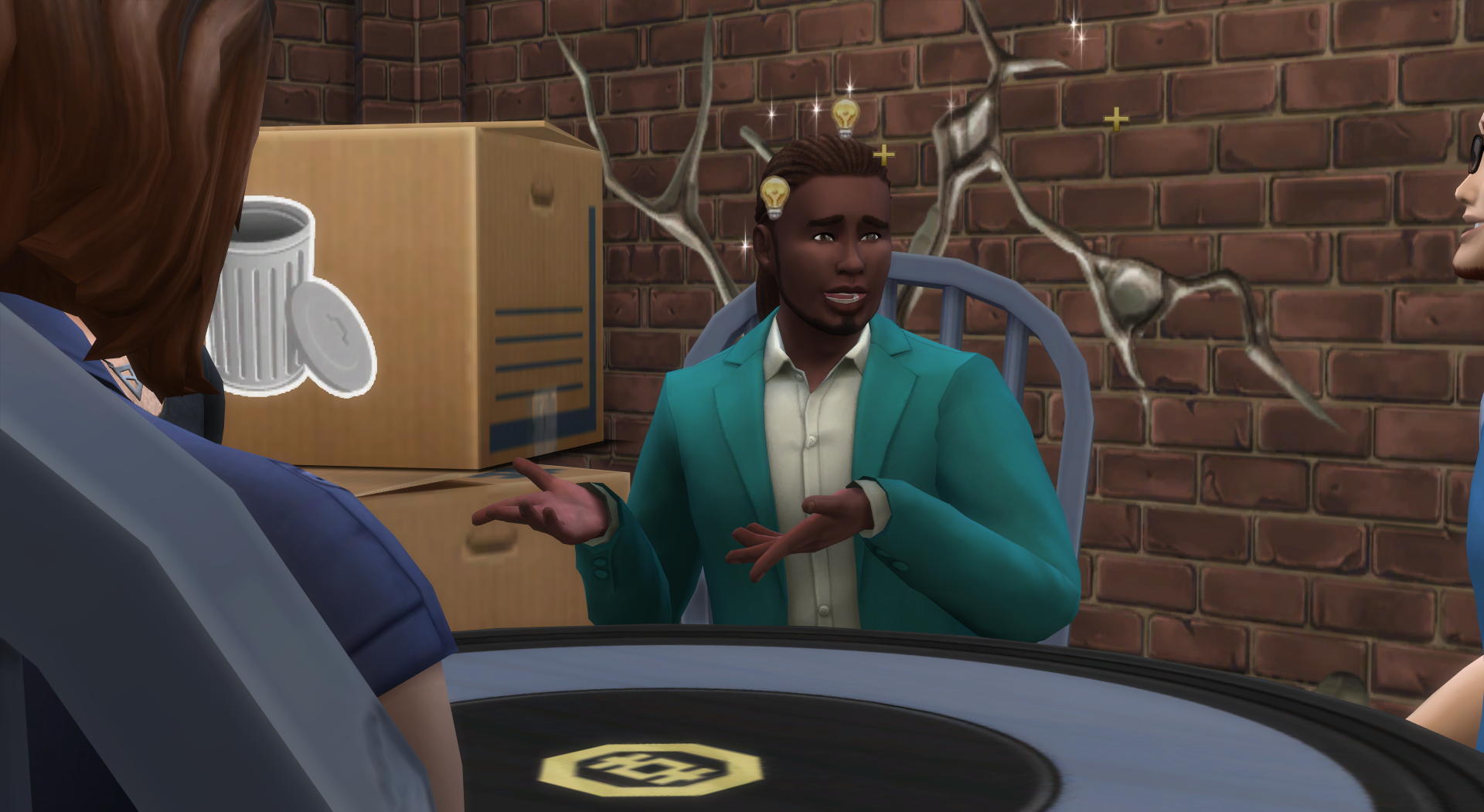 Aniyah and Devan were next. Aniyah explained that though they didn’t quite have the capital themselves for the apartment they wanted in the building, their families were eager to help. Between parents and grandparents, they were able to start the process for purchasing their apartment. They were helped by the letter of recommendation wrote for them by Elijah. 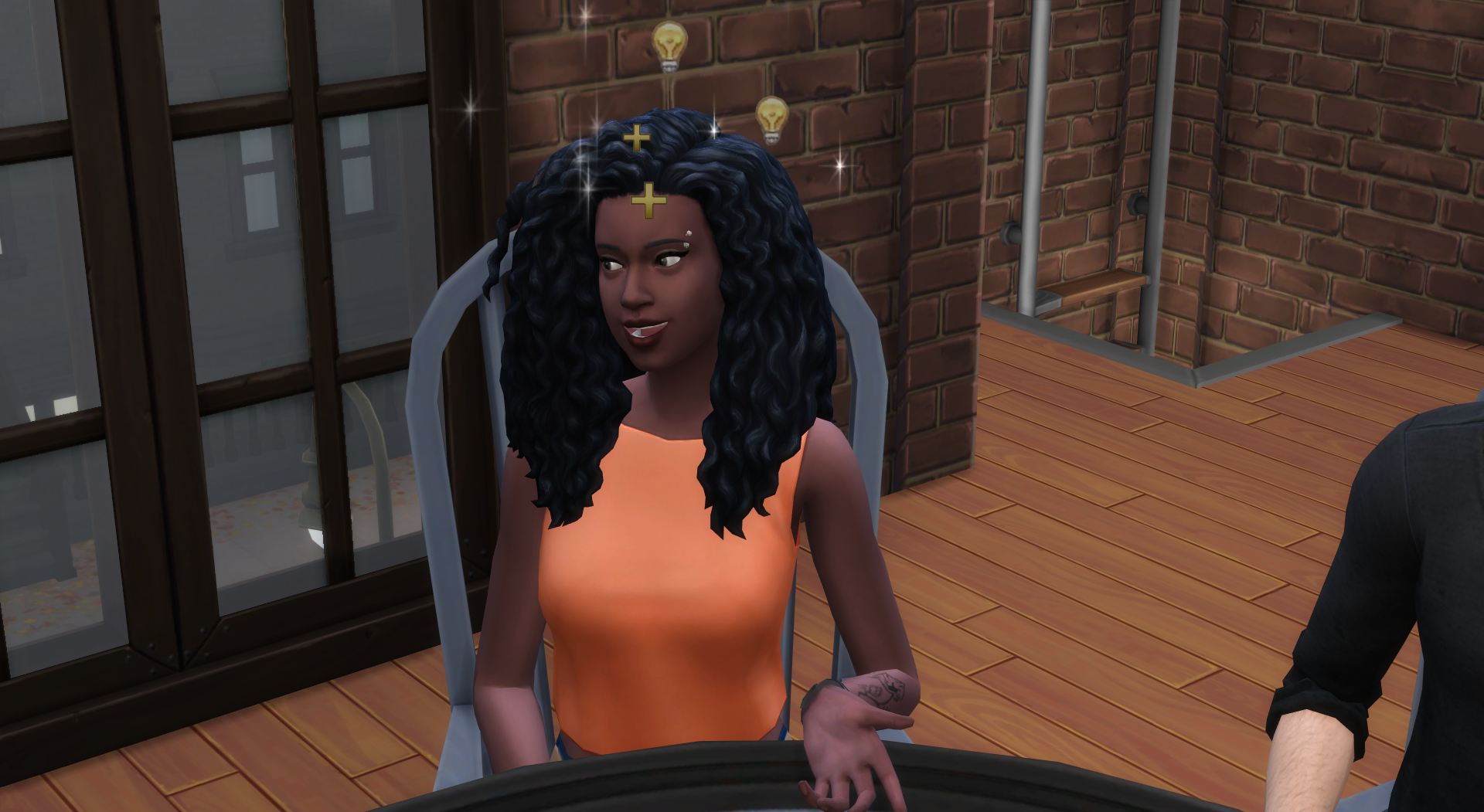 Juniper went next and explained that she and Maggie had chosen the apartment that Elijah suggested for them. They were a bit short, even with Juniper’s latest royalty payments from her last commercial. But because Maggie was relocating to the city, San Myshuno’s Casbah Gallery was giving them an artist’s grant! That ensured that they would be able to start the paperwork tomorrow to secure the apartment. 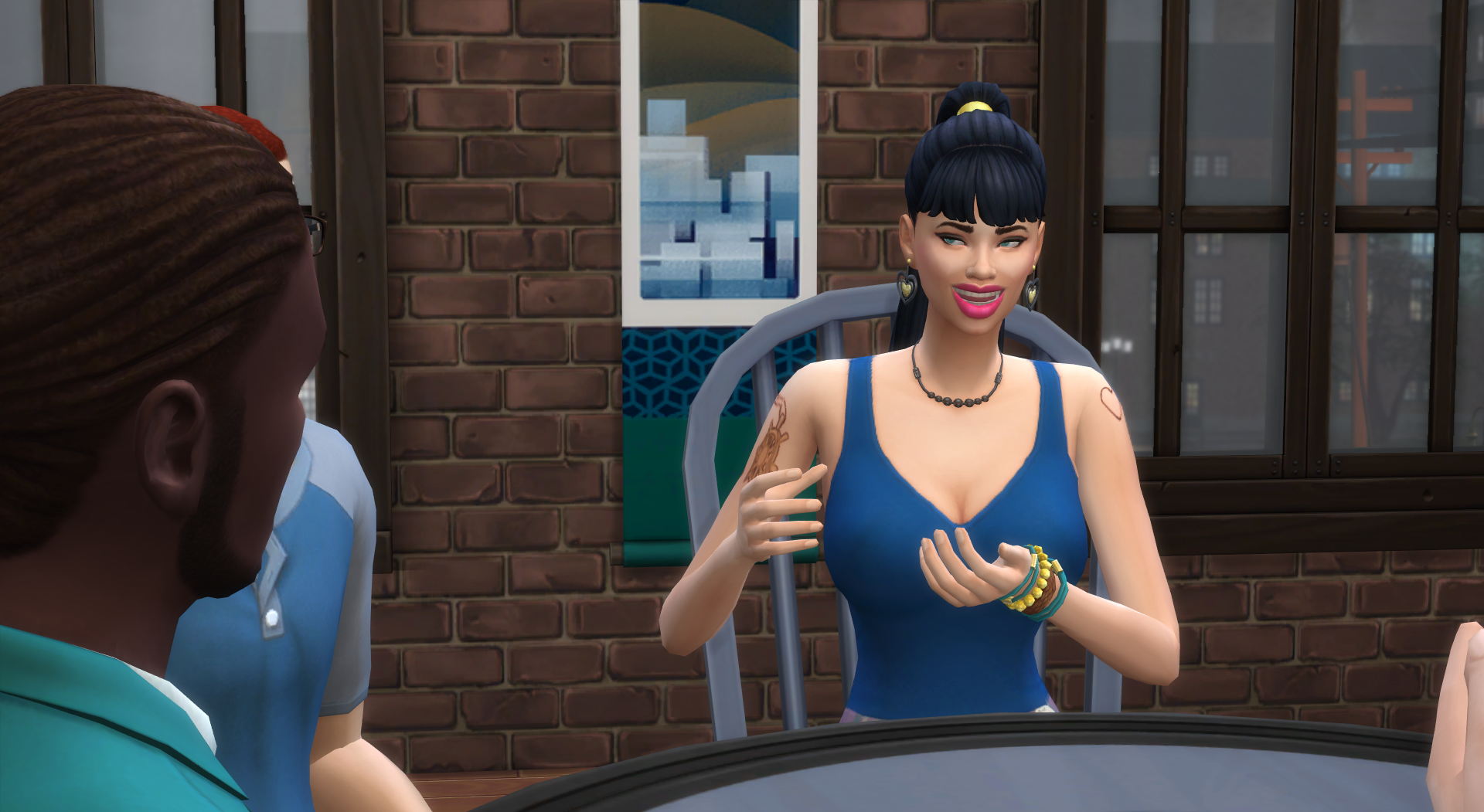 Ryan explained that they were in a bit of a bidding war for their apartment. Apparently a wealthy family from Willow Creek, the Goths, were interested in buying the apartment as an income property. The old owners of the building didn’t seem to care that the Friedman family would be more stable residents, and that they had a genuine connection to the other soon-to-be residents of the building. As a result, Lupita and Ryan were going to have to use most of their savings, as well as pull down all of Ryan’s 401K from back when he had a career, but they could outbid the Goths. It wouldn’t be much of an investment property if they overpaid for the place, so the Goths weren’t bidding over a certain number. 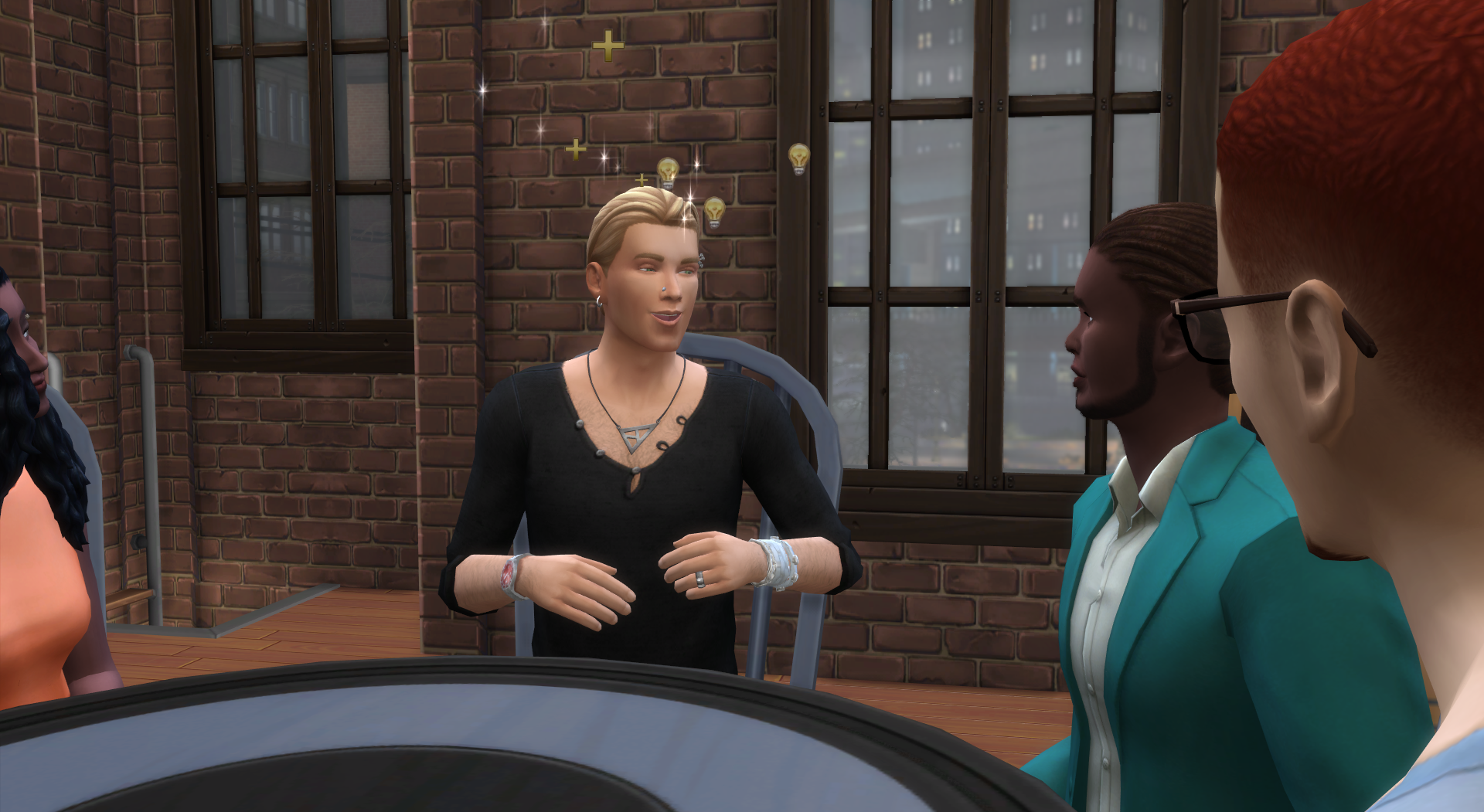 “Looks like everyone has done the work to make this happen,” said Elijah. “I’m impressed, I wasn’t sure it would happen this soon. Let the Goths go find somewhere in Uptown or the Fashion District. I tell you all what. We all have a lot on our plates financially right now. Even though it’s still summer, fall then winter will be here before we know it. With all of that coming up, how about we suspend club dues until the spring? The cracks in the wall can wait until we’re all settled in and out of the red. Oh! Should we change our name to the Culpepper Crew since we’ll all be living in the Culpepper Apartments?” 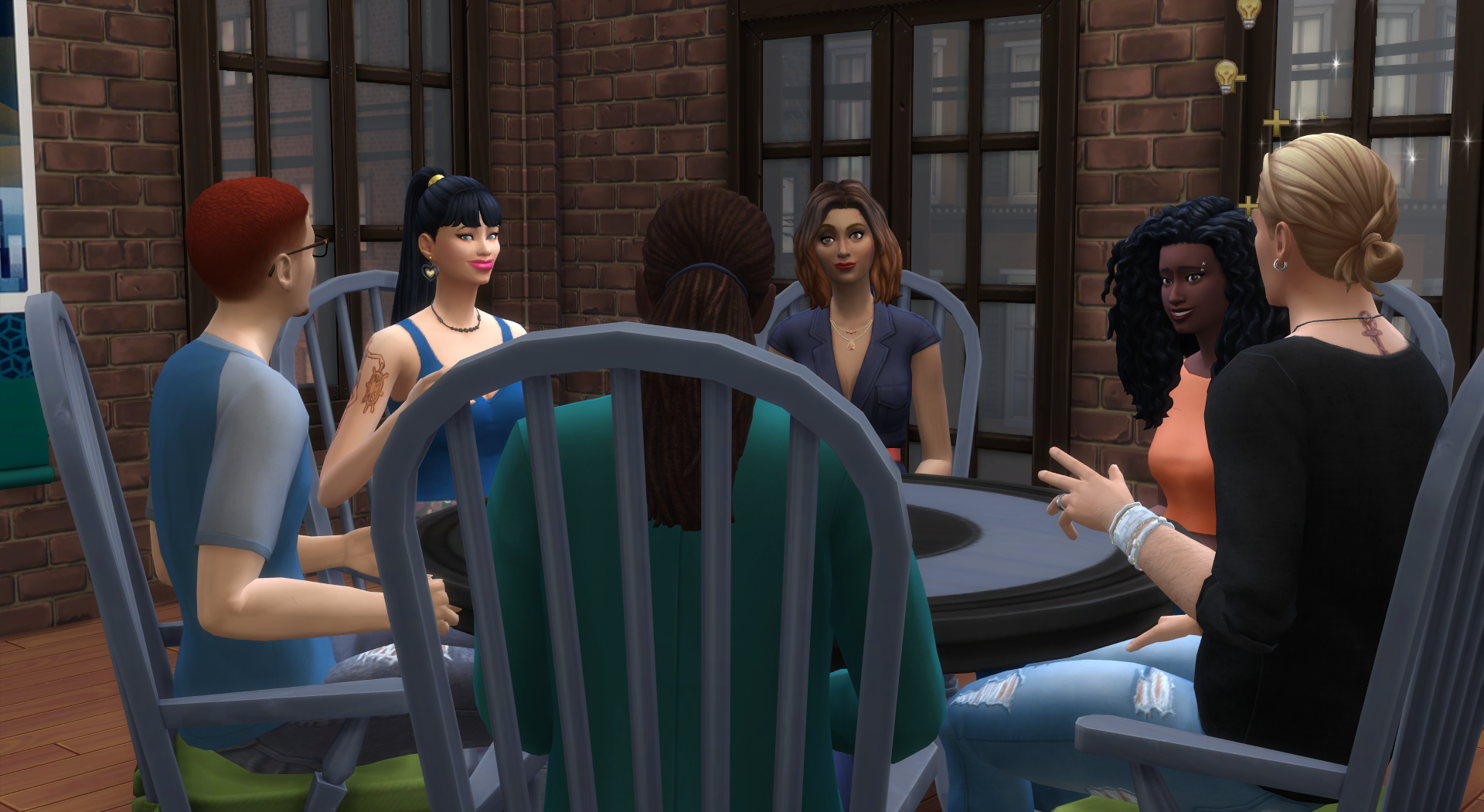 With a resounding no from the group, Elijah laughed and moved on to the next topic on their agenda. Elijah, with his pristine reputation, was excited to hold his first charity benefit and wanted the club to help plan it.