Elijah was enjoying his evening at the Humor and Hijinks Festival with the members of his club. Now that he was actually aware of the idea that Aniyah had for everyone in the club to move into his building, he felt himself slipping into sales mode. He couldn’t exactly use his influence points to convince his whole club to move into the city, but he could at least make it sounds as attractive an idea as possible.

He sipped his Light tea as he waited for Devan’s and Ryan’s responses. He tried not to look like he was getting his hopes up too high. 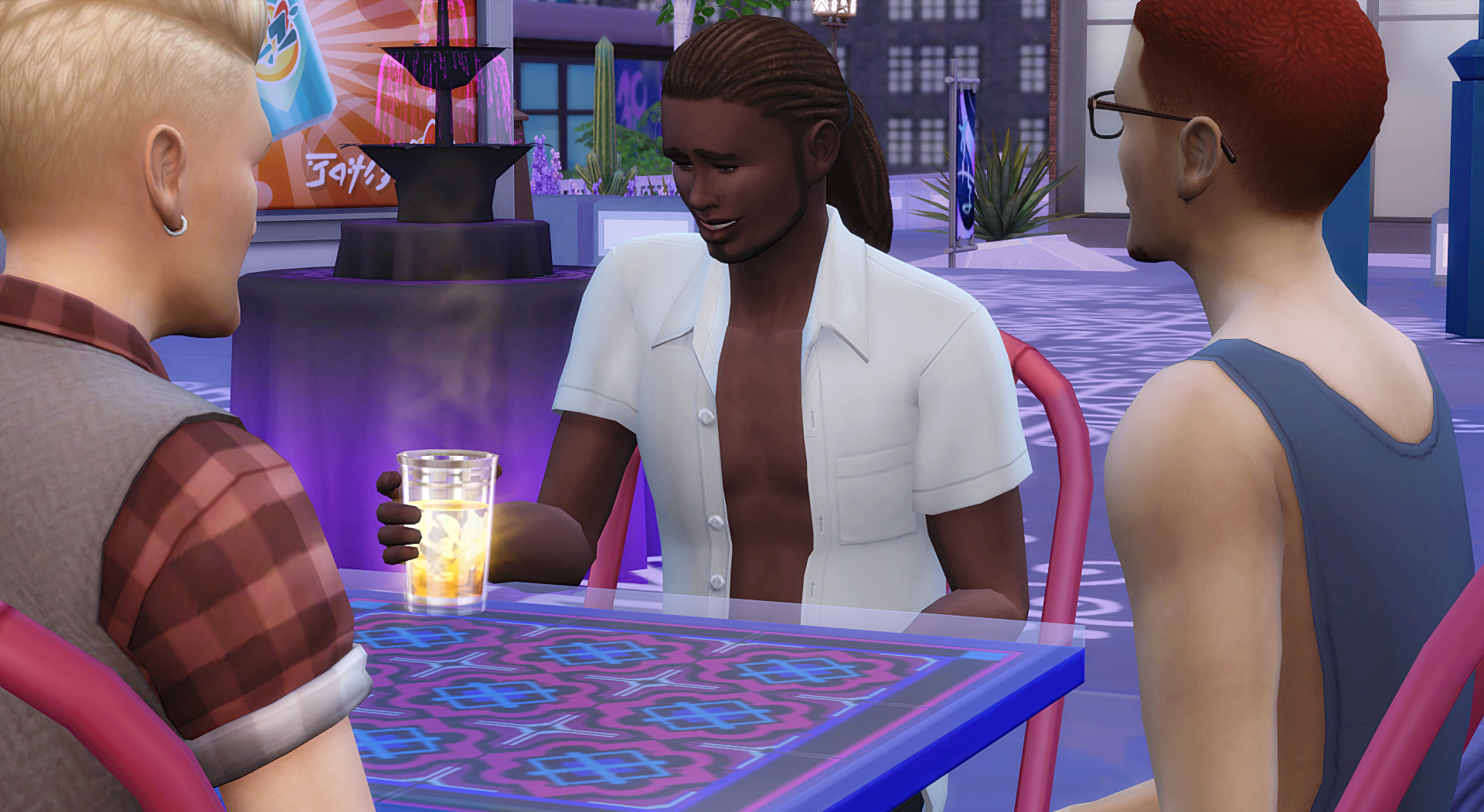 “As far as I’m concerned, we could live in a shoebox, and I’d be happy,” said Devan. “I’m really not that picky. But I like the idea of living somewhere that actually has weather other than ‘you might die if you stay outside for two hours’ for three seasons of the year.” 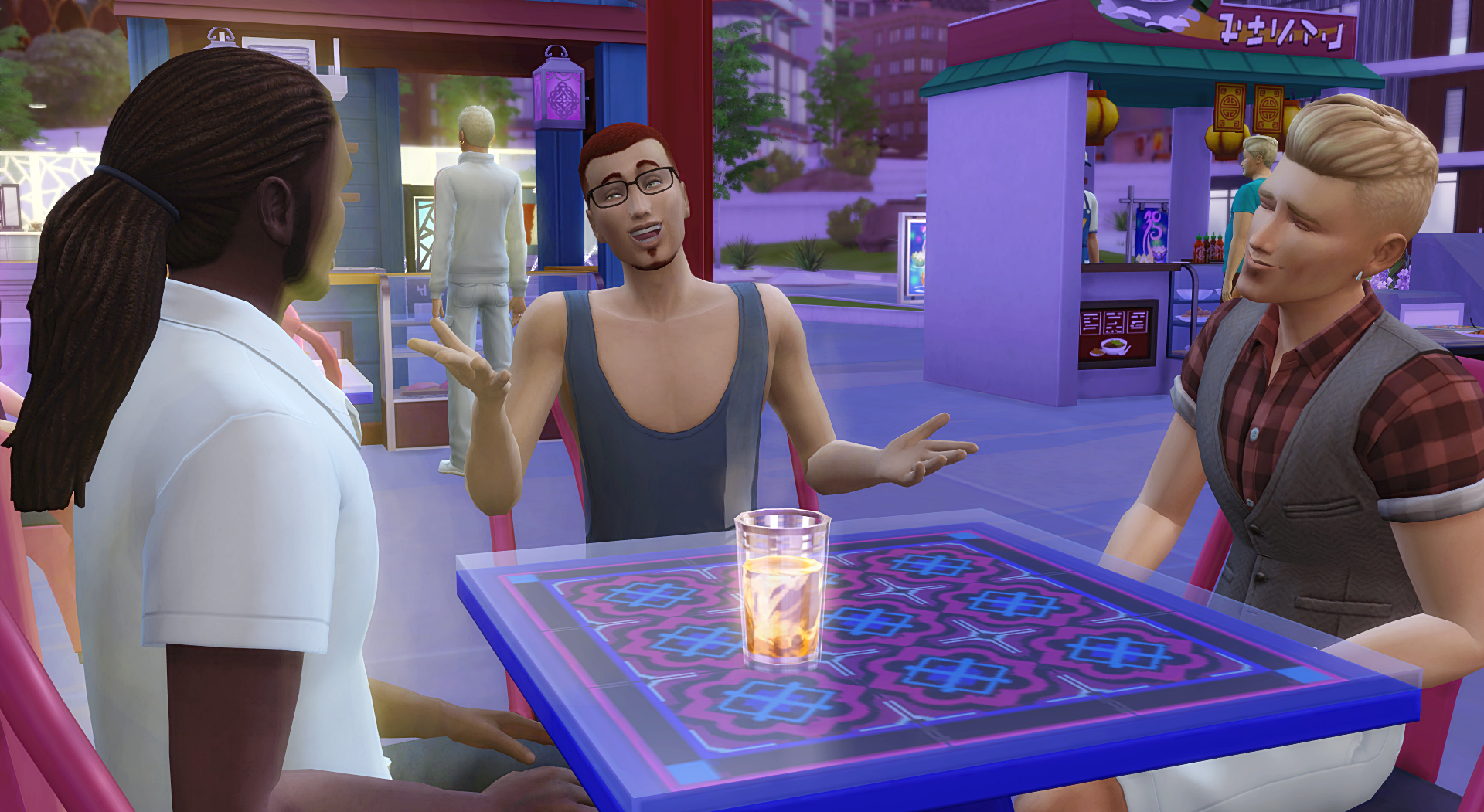 “As far as I’m concerned,” started Ryan thoughtfully, “it’s really up to Lupita. I can write from anywhere, but she has her career to think about. On the way here, we discussed it, and she’s not sure if changing districts would be smart for her politically. But as far as the kids are concerned, they never really saw the appeal of living on The Crumbling Isle, and we barely used our outdoor space. Plus the schools here are actually better than the ones in Windenburg–why are you guys grinning at me like that?” 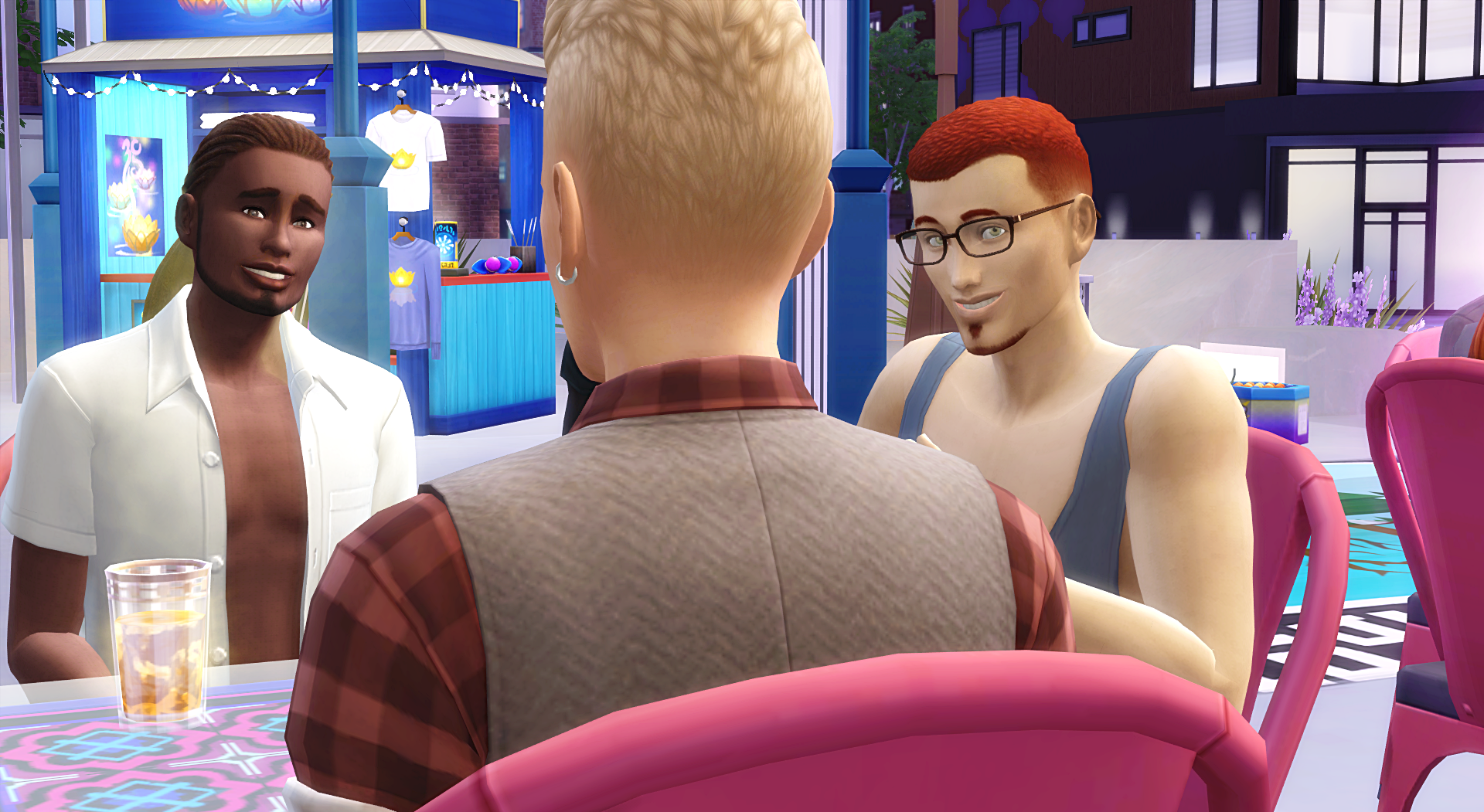 “We’re just happy,” said Devan. “The tea is lit, literally. And it seems like this might all work out for all of us. Things might’ve gotten off to a bumpy start, but now it’s about to be smooth sailing!”

“Okay, okay, let’s not put the cart before the horse here,” said Elijah. “You all still have to see the apartments, agree on which you’d each prefer, put in an offer, get the offer accepted, and have nothing go wrong between now and moving day.” 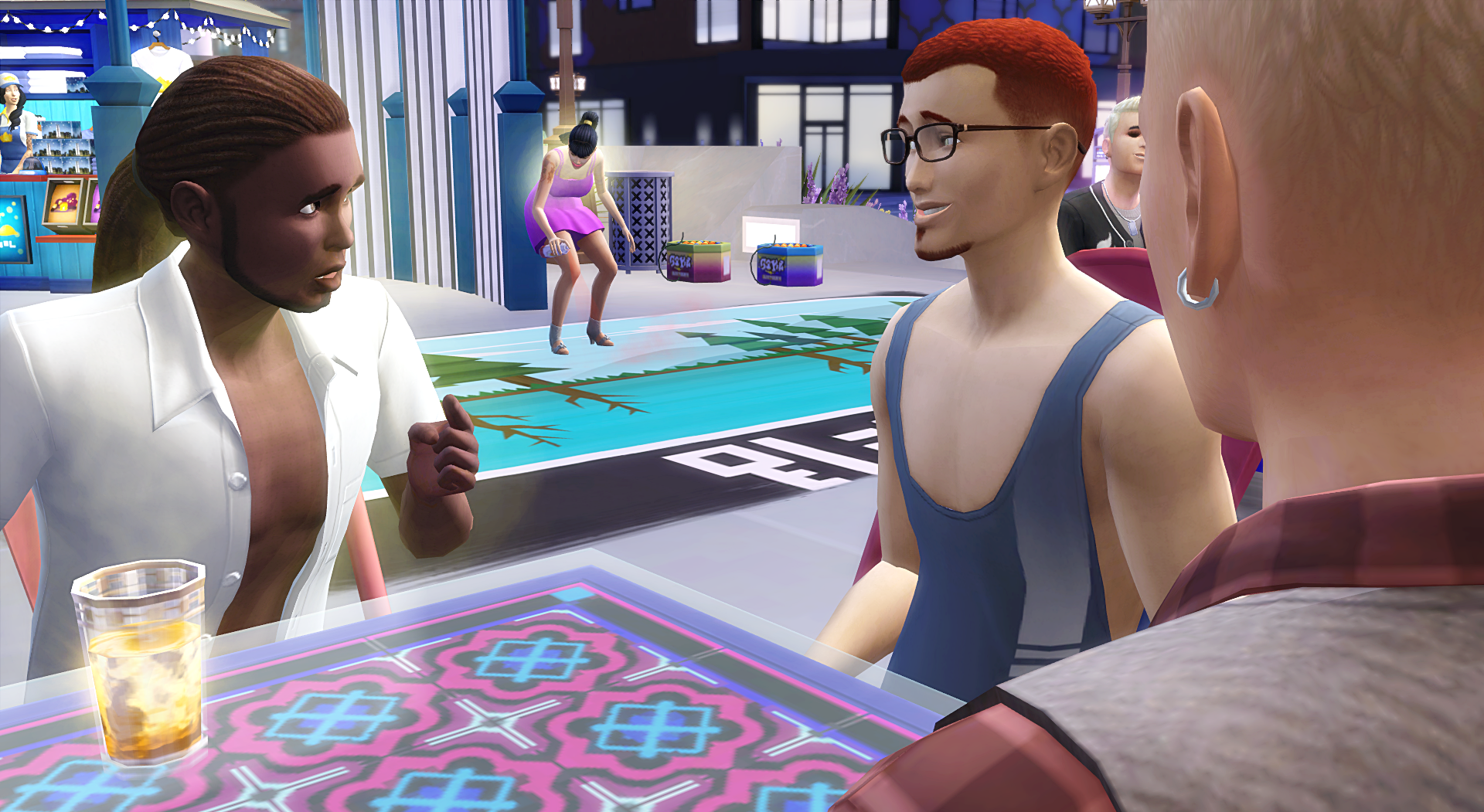 “Sheesh, way to be super realistic bro,” said Devan. “I’m going to take a break from all that bracing reality and try to stop Juniper from tagging that mural. Didn’t she say she helped paint it? Some folks cannot handle their Light tea…” 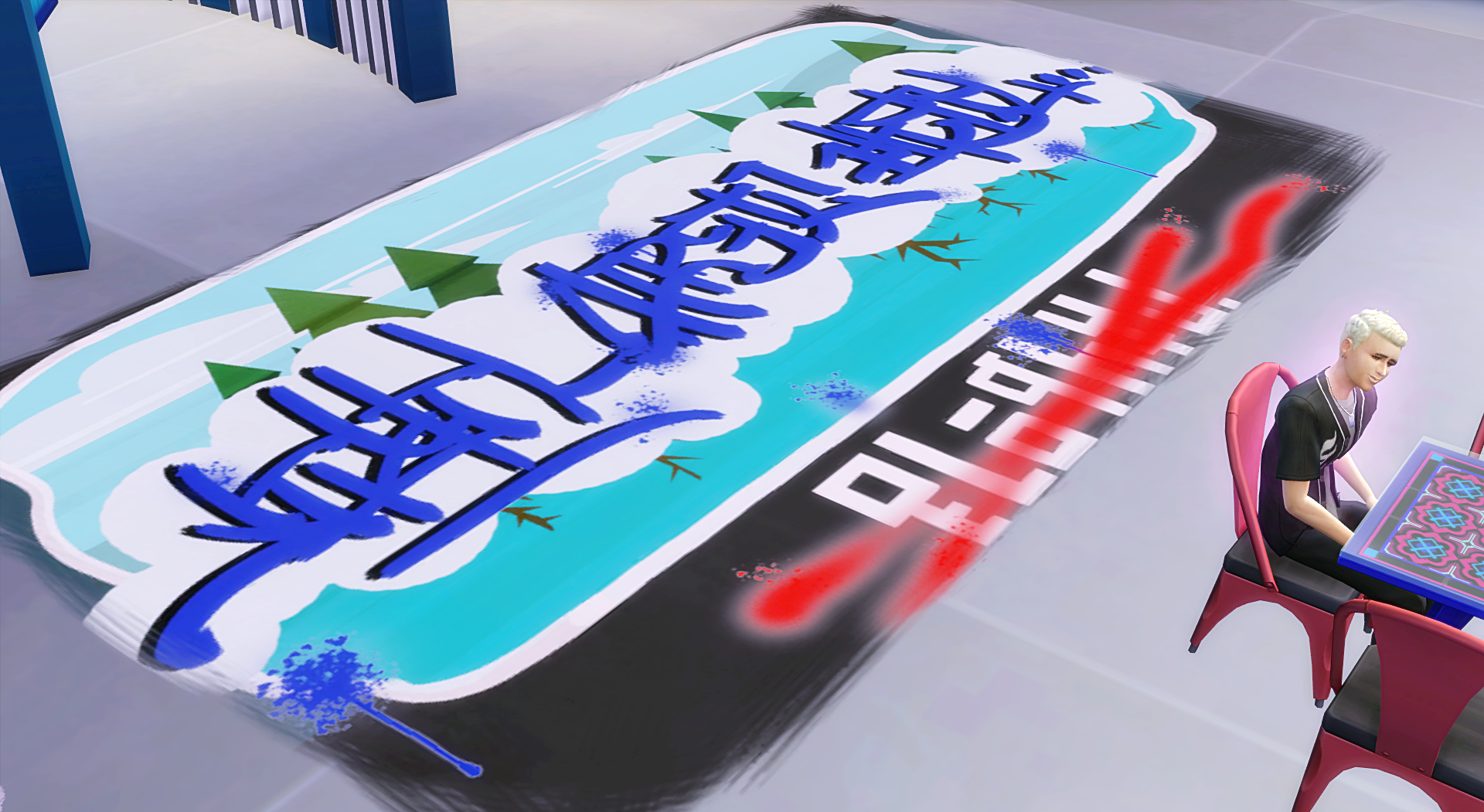 The rest of the festival went well. With the help of the members of the Sims Success Club, the Jokesters easily won, and beautiful yellow fireworks lit up the sky at the end of the night. 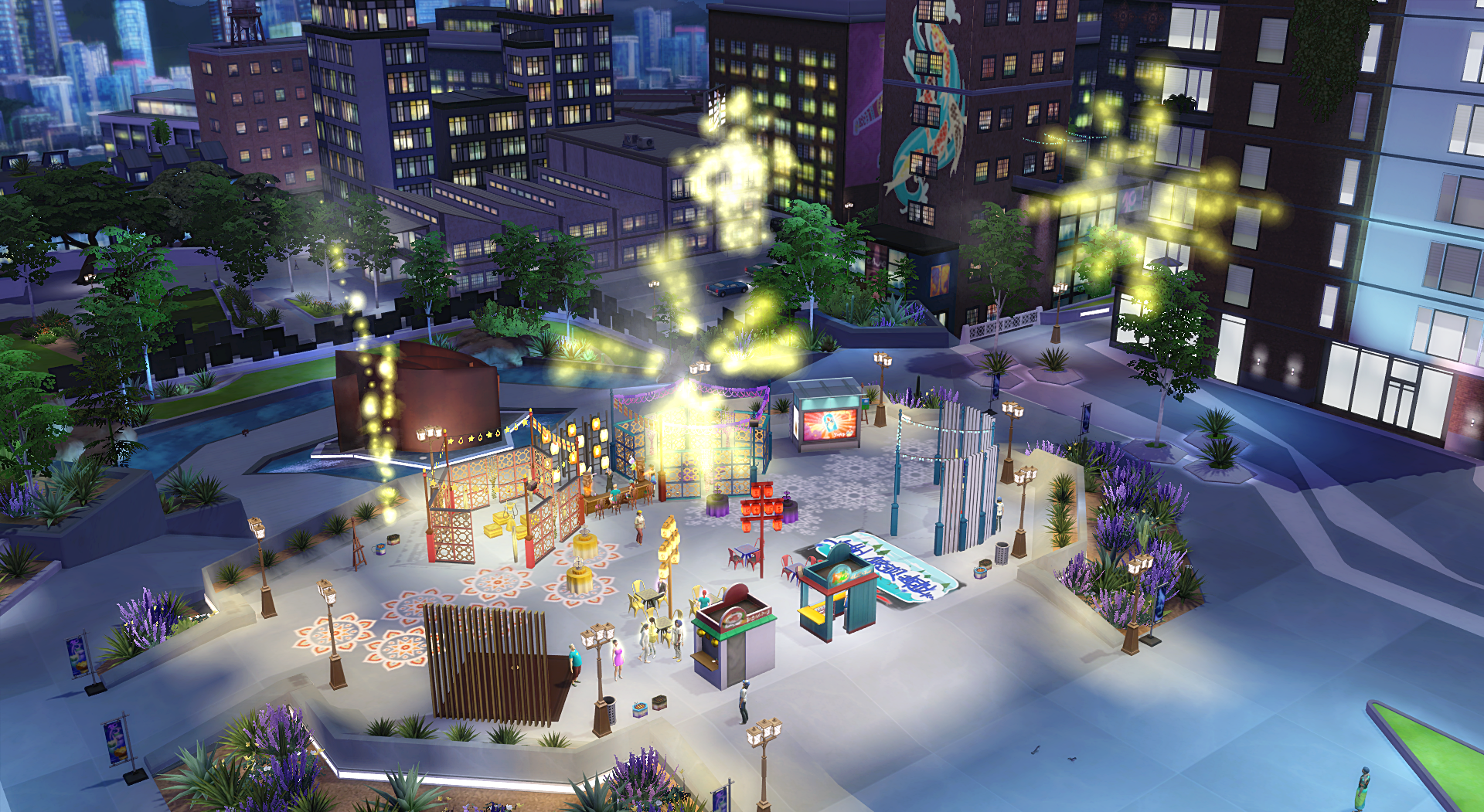 Elijah was all aglow with the effects of the tea still lingering, and he made his way over to Lupita because he hadn’t really spoken to her all night. “Hey there, you’re looking well,” he said with only the slightest slur to his speech. 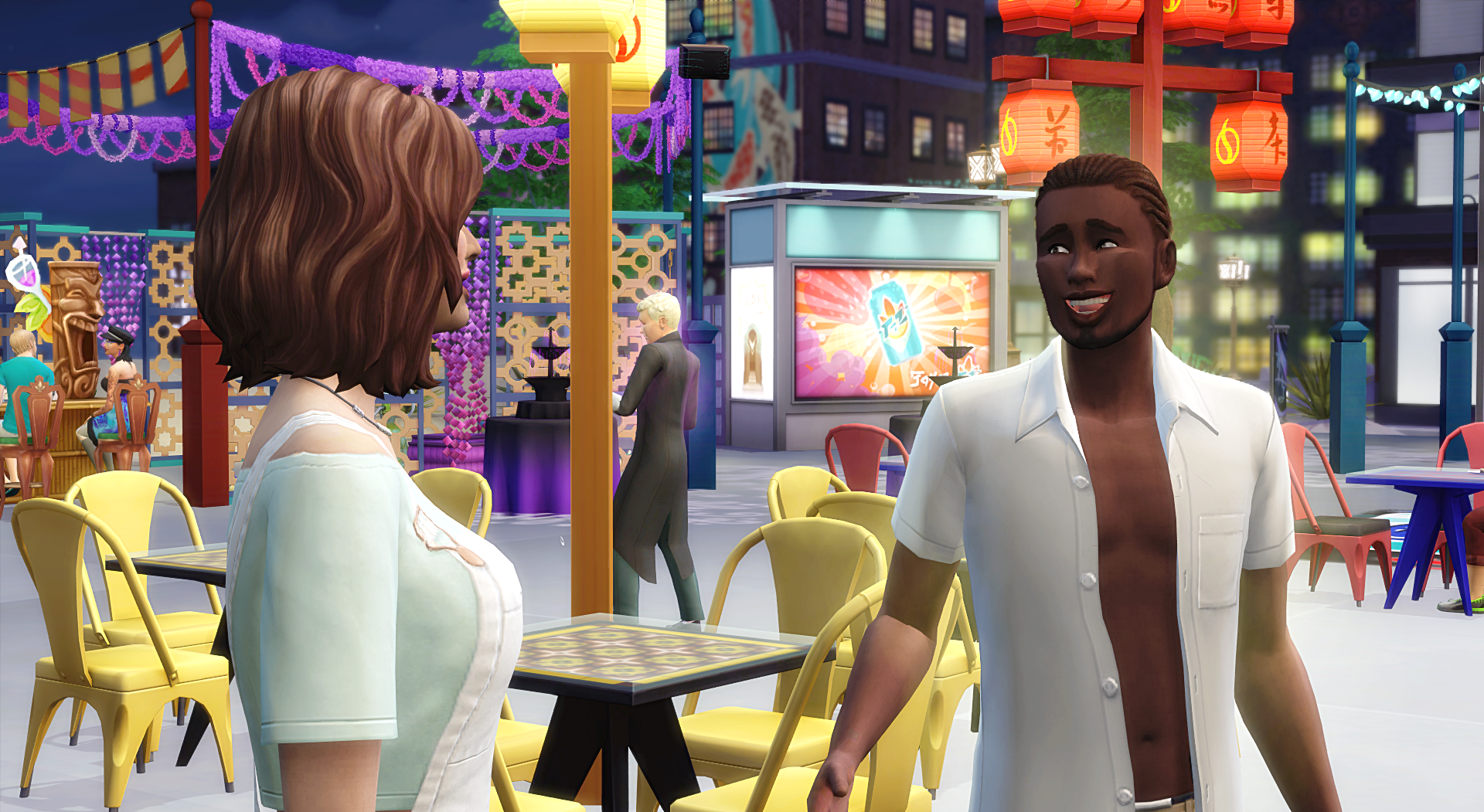 “Hey Elijah,” said Lupita, “great idea about the co-op. I really think Ryan and I might do it.”

“Thanks, but it wasn’t my idea,” said Elijah with a slight hiccup, “it was all Aniyah. She’s really smart and always has the best ideas. You know, I think–”

“I think you probably don’t want to finish that sentence while under the influence of Light tea,” said Lupita with a small chuckle. “Sims’ corazones tend to get too chatty and they say things they wouldn’t otherwise. I tell you what, how about Ryan and I take a look at our finances, and I’ll check with my campaign manager, and we’ll let you know early next week if we want to try to buy one of the apartments in your building. How does that sound?” 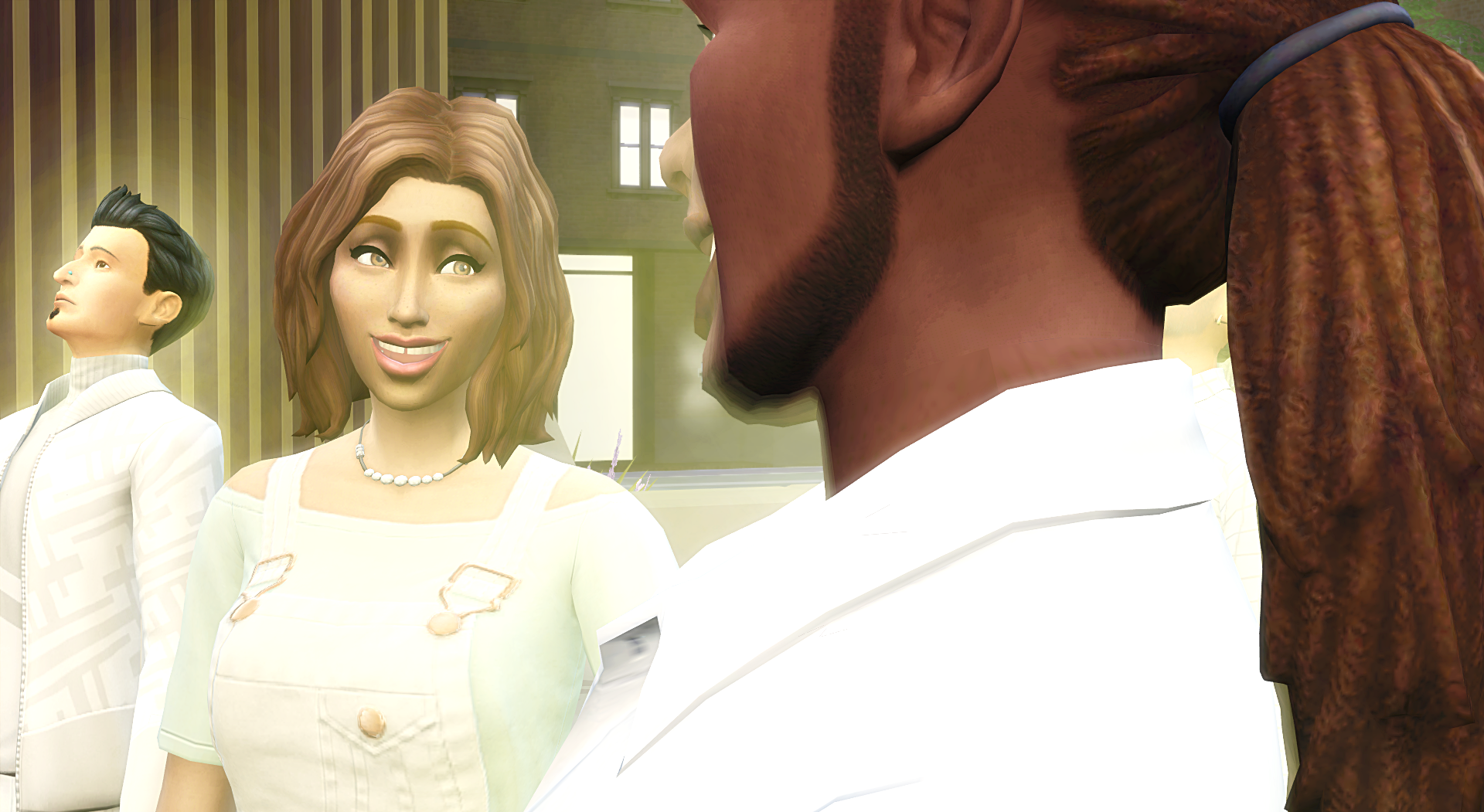 “That sounds great!” said Elijah. “This will be so great for our club. I really should find Aniyah and tell her how great I think her idea is. And I’m going to tell her–”

“Maybe wait until the morning,” said Lupita gently. “Whatever it is can keep until the tea wears off. Besides the festival will be over shortly. And you’re the only one who doesn’t have long to travel to get home.”

“That’s smart,” said Elijah, unsuccessfully stifling a yawn that came out of nowhere. “I’ll just head home and talk to her–to all of you–later.”

Elijah headed home and Miss Kitty was sitting on the couch purring. “Hey there, Miss Kitty,” said Elijah sleepily. “Would you like to have a bunch of new neighbors, none of whom have cat allergies, all of whom will love you as much as I do?” 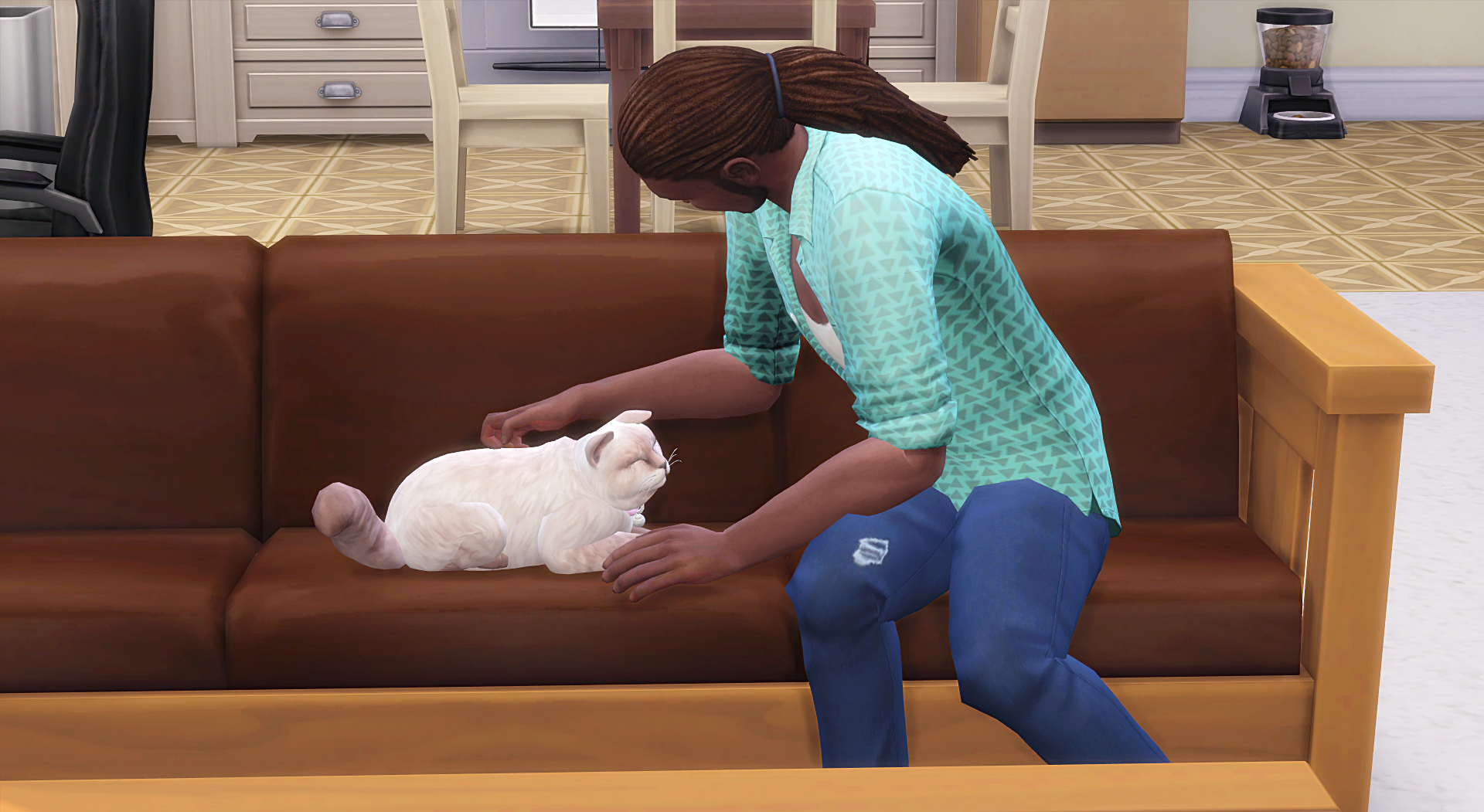 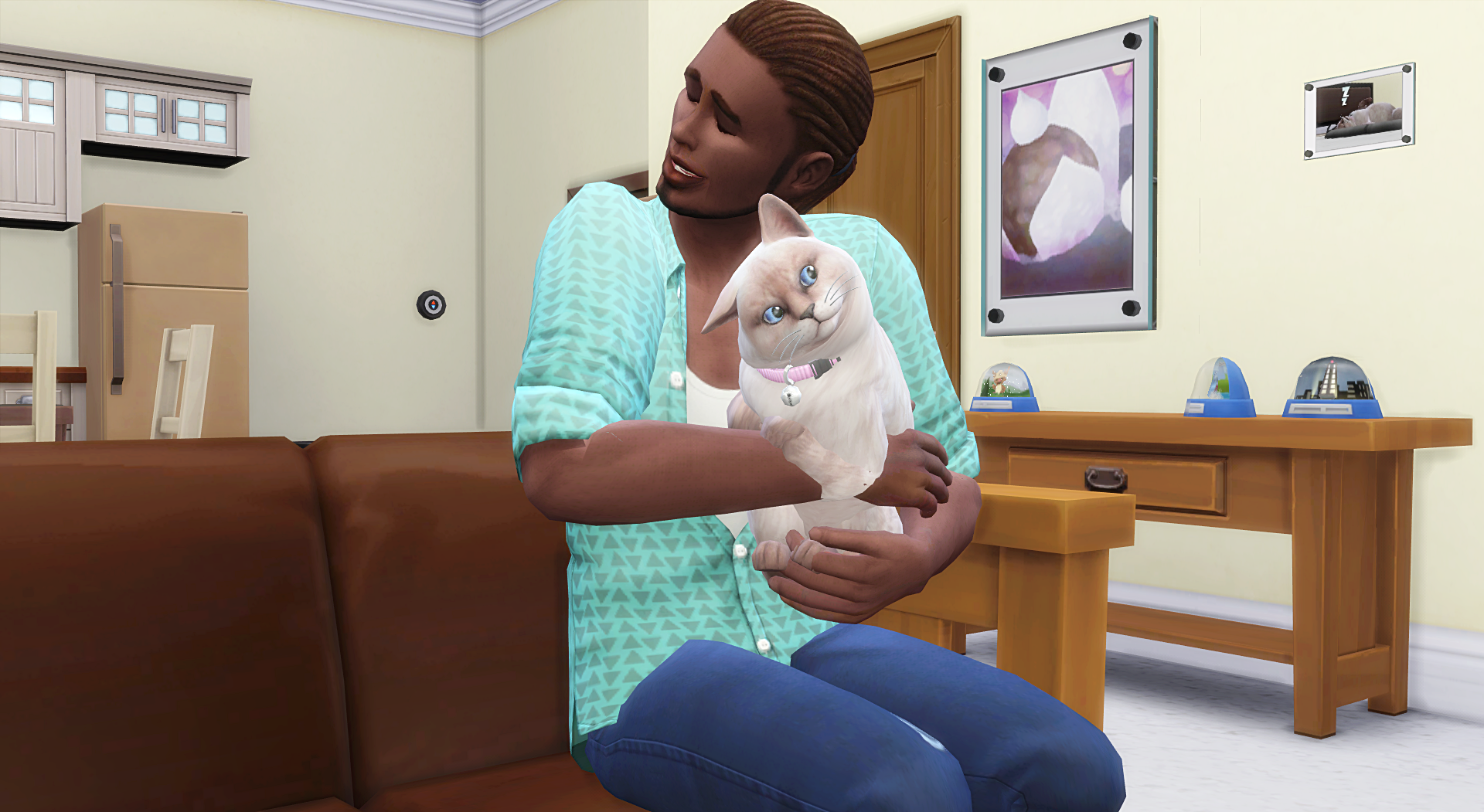