Hello everyone who is still following this SimLit blog! I can’t imagine why you’re still here, but I am glad you’re reading this. Hello again. The world is literally on fire, state-sanctioned violence is ruining and ending lives, and COVID-19. So yeah… In a self-care effort, I’m going to restart this story–again.

My last post was in January of this year. I’m going to set a new intention to make a new post weekly here. If I can manage that, we’ll go from there. Today’s post is not a continuation of the story, so much as a reintroduction. I’m going to go over the main characters again, show you what they look like (with the occasional pre-expansion pack release makeover), and explain how I view their characters in this story.

This reboot of Dreams & Drama Neighborhood rotation currently follows four households. Most of the adults belong to a club called Sims Success, and they got in because of their celebrity status as well as their desire to leverage their status for the greater good of Sims everywhere. Their individual and interconnected stories form the basis of this SimLit project.

First up are best friends Devan Walter and Aria Jacobs. Aria is getting a name change, and she’s not the only one. I have too many Sims with similar names like Aspen, Aria, Maria, Maggie, Darryl, Devan. What was I thinking?? Well, anyway, Aria is now Aniyah Jacobs. I’ll update her name in previous chapters to reflect this, sorry for the confusion, but we’ll all get used to it soon. Aniyah Jacobs and her best friend Devan Walter are budding chefs and social media influencers in the food space. They are gaining some notice because Sims are drawn to their fun banter and creative drink with cocktail combos. They’ve been best friends (only friends) since they were small Sims, and that doesn’t appear to be changing any time soon.

Aniyah is all about her career and her friends. She loves people and is ready to use her newfound celebrity to make the world a better place. Devan cares about that too, but the legacy he wants to leave behind includes a family, so he’s always on the lookout for love. They both see the Sims Success club as a way to make their dreams come true. Here are Jacob and Aniyah, she got a makeover, he didn’t. 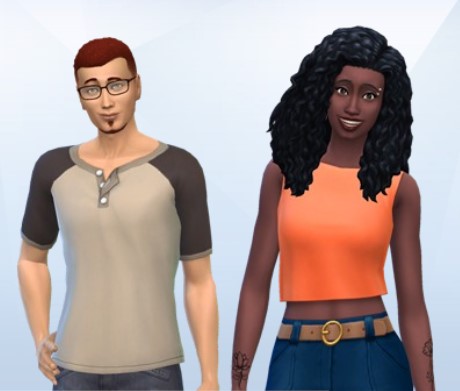 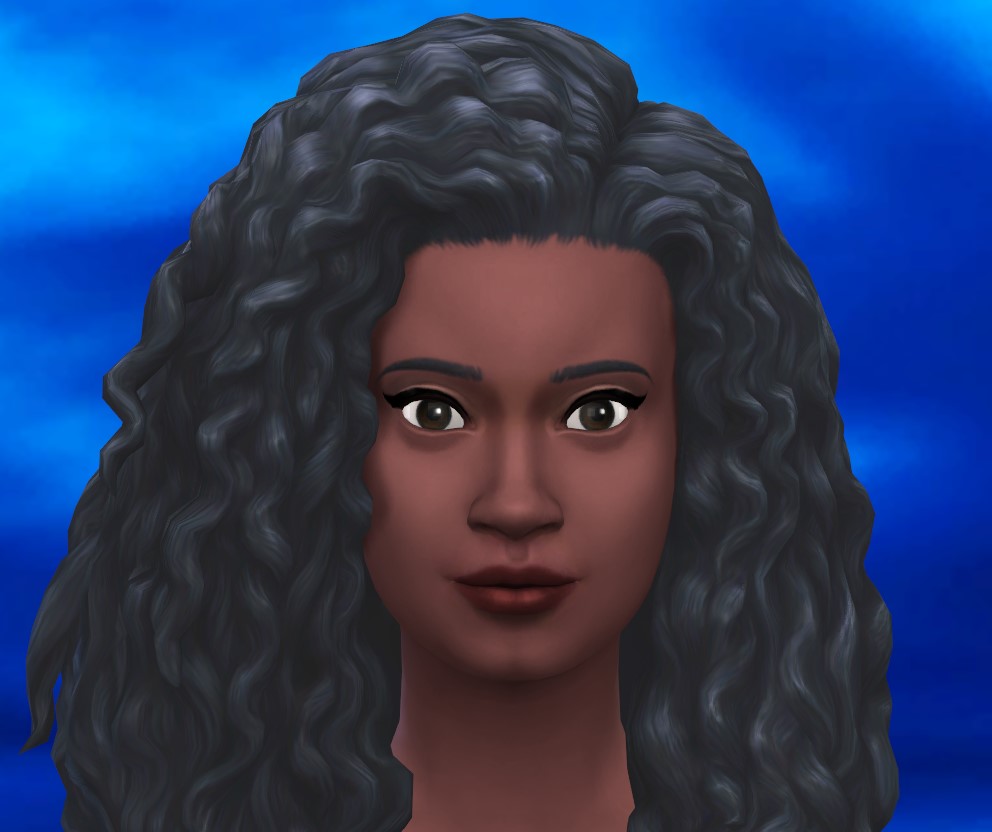 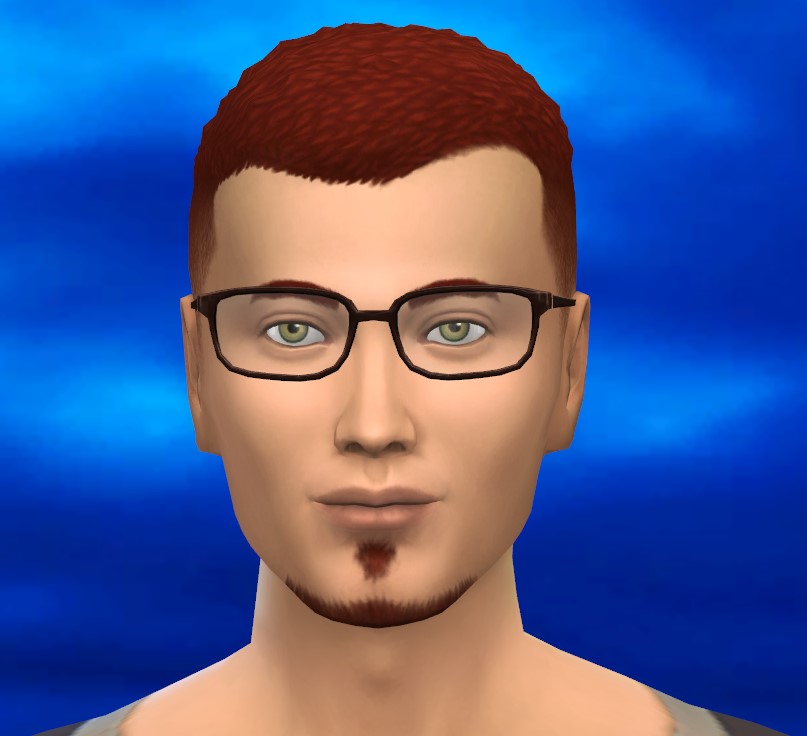 Next up is engaged couple Aspen Sanders and Margaret Kim. Aspen is being renamed as Juniper, Margaret (aka Maggie) gets to keep her name. Juniper is an actress and Maggie is a painter. They’ve both been gaining celebrity status for their work, and the Sim world is always watching to see what they’ll create next–and when they’ll finally get married. Maggie popped the question very publicly, but of course that’s not the only reason Juniper said yes.

Maggie can be a bit jealous, but Juniper is always good about reassuring her. Juniper is in the Sims Success club, Maggie is not. So far, it hasn’t drawn a wedge between them, but if membership doesn’t open up soon, calamity could ensue. Neither woman needed a makeover, so here they are just to remind you of what they look like. 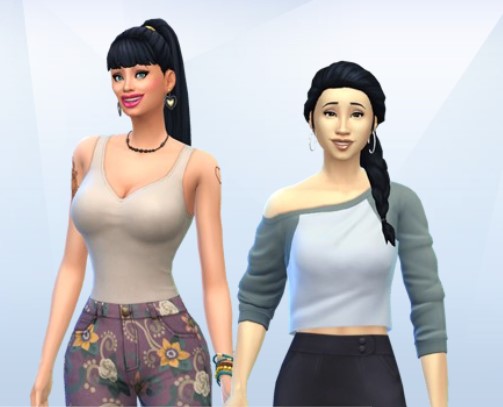 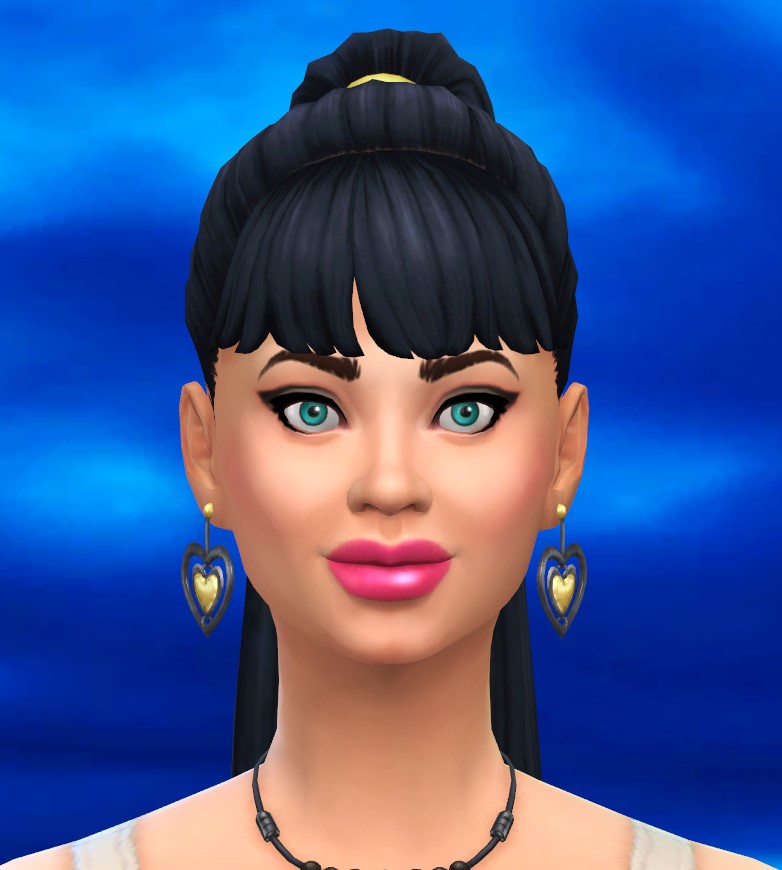 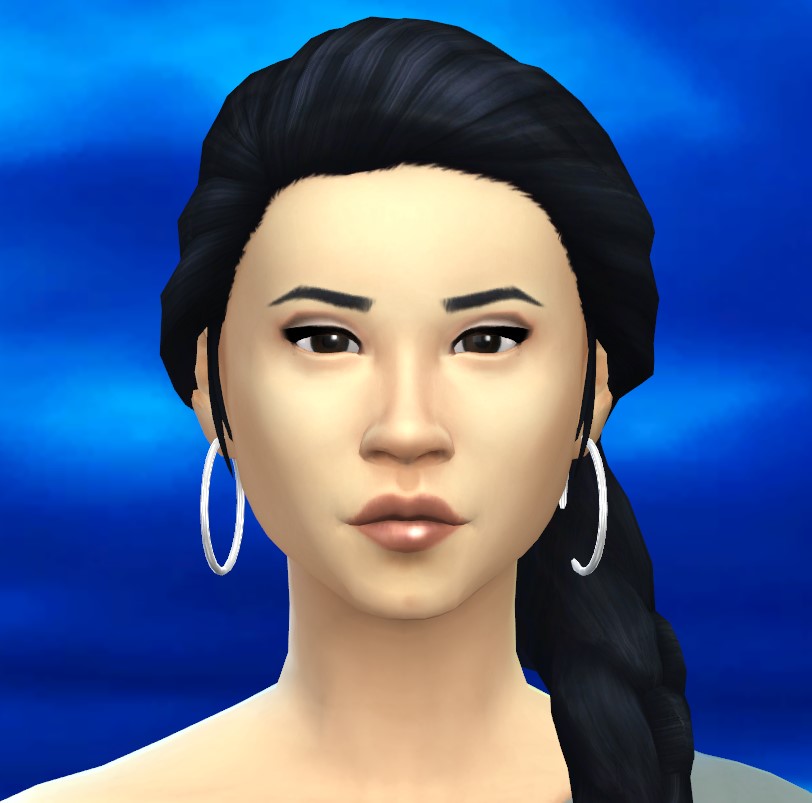 Next is the Friedman family. Father Ryan and mother Lupita are parents to son Alejandro (aka Alex) and daughter Maria. They also have a lovely doggy named Sombra; he’s the best, loyal and fun, so you don’t mind that he gets hair everywhere. The kids have been upholding their end of the bargain and take good care of him so far. This family has a lot of diverse interests, but they love spending time together whenever they can.

Lupita and Ryan are both in the Sims Success club which is great for Lupita’s political aspirations, and they were able to join the club because their kids are so independent. Ryan’s career as a writer has been a bit all over the place, but he’s an artist and cannot be held to traditional standards. This couple is madly in love, and are showing the world what it means to have it all. Watcher save the foolish Sims who try to come between them. The entire family got partial makeovers, and here they are. 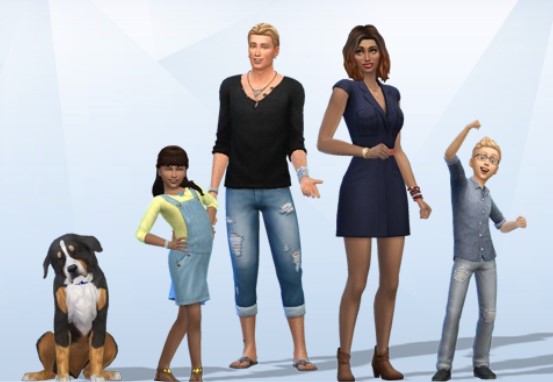 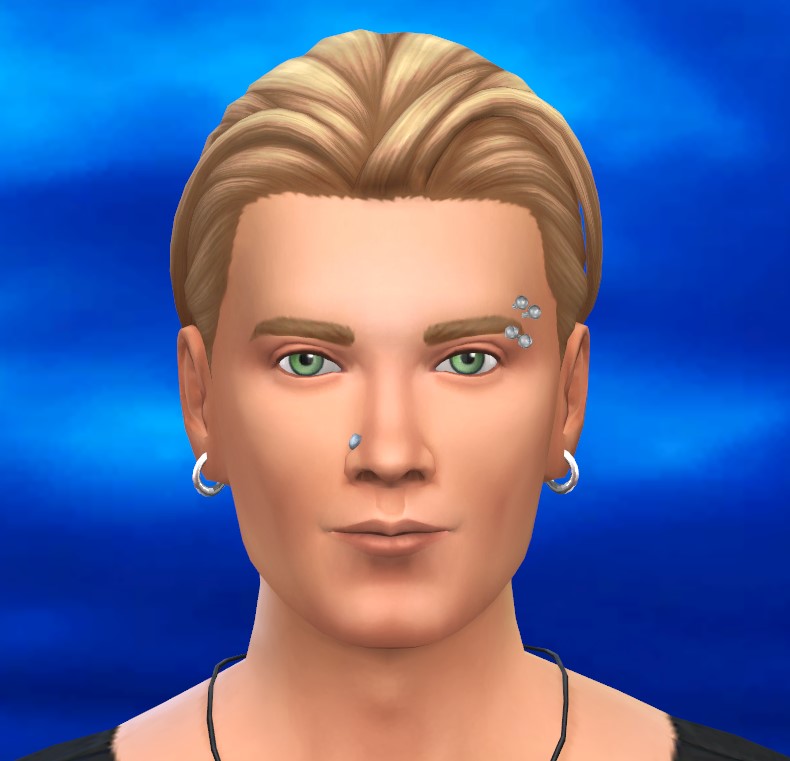 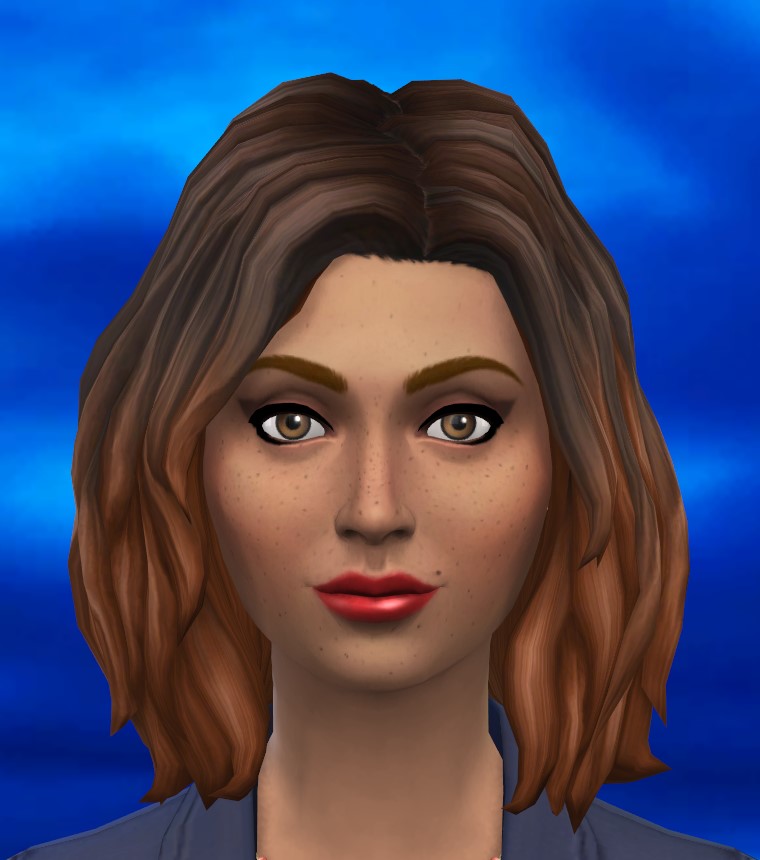 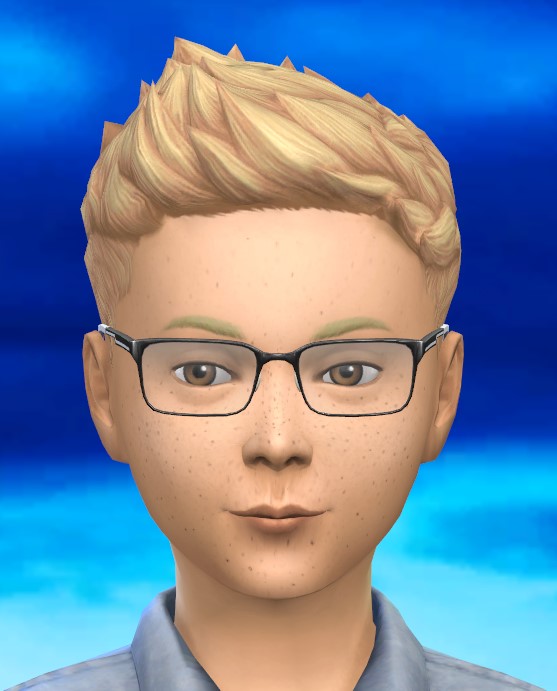 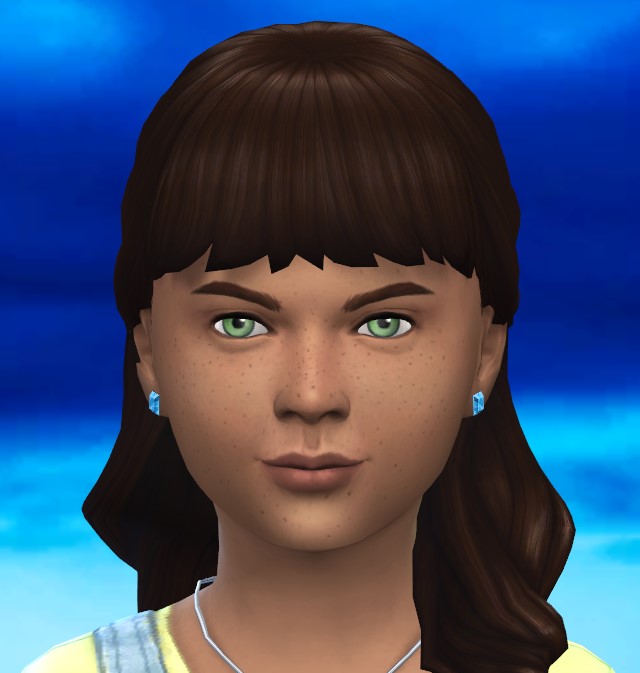 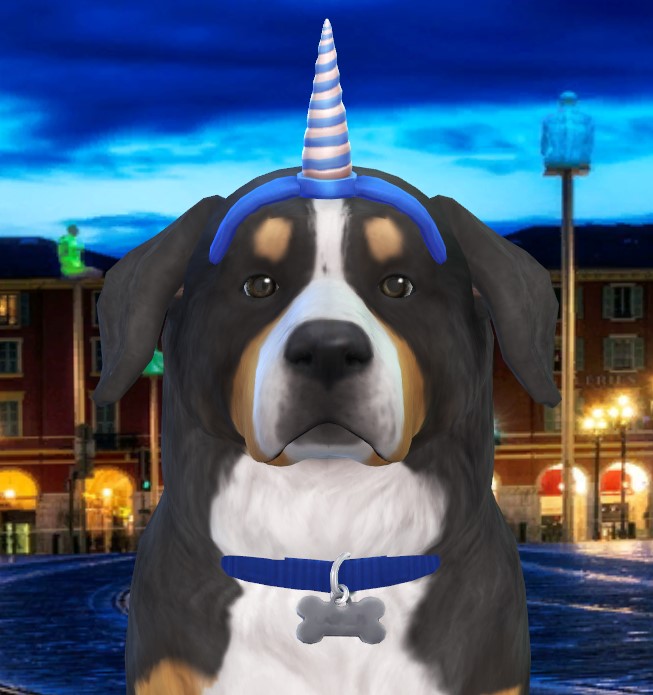 Last comes Dr. Darryl Cross, who is being renamed to Dr. Elijah Cross. Had to switch it up so I can keep these names straight! As with all other name changes, this will be updated throughout the story, sorry for the confusion. So yeah, Dr. Elijah loves live-streaming and he doesn’t do much with his streams other than love on his cat Miss. Kitty, take pictures. He adores tasty food, so he’s thinking about adding a new streaming component where he tries new restaurants. That is, if his personal life calms down enough to have the time.

Elijah started the Sims Success club, and though it’s been off to a slow start, he’s hoping they can do great things. The first thing they did was get Lupita elected to office, and he knows the sky is the limit from there. As he advances in his own career in medicine, he’s taking a sampling of all the women in town until the right one manages to pin him down, fingers crossed that he’s left no broken–or vengeful–hearts in his wake. 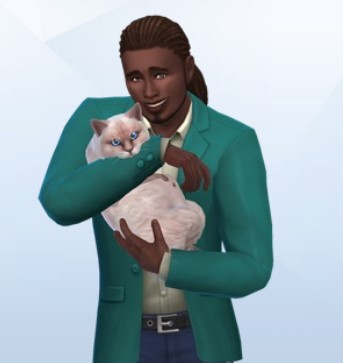 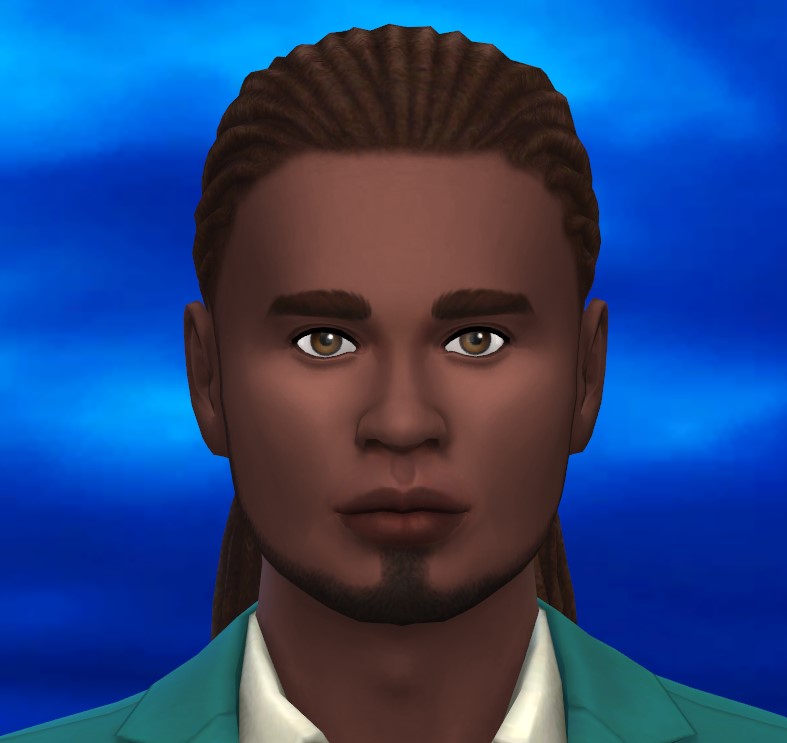 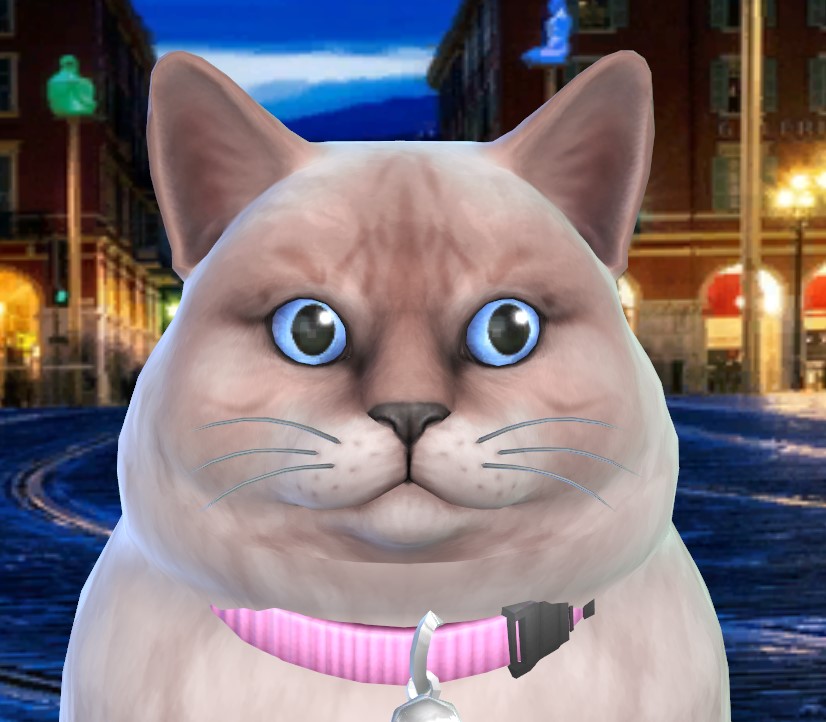 Now that you know everyone again, stay tuned for the next chapter in the story. When we left off, Elijah was starting to wonder if he was developing feelings for Aniyah. Her intentions on the matter hadn’t become clear yet. Another big change that I’m making is I’m actually putting them all together in the same city, in the same neighborhood, and in the same building. The other three households of the Sims Success Club are about to become Dr. Cross’s neighbors. Then it will be more like a proper neighborhood rotation.

This is the new home of all the Sims in this story. This watcher lives in a Brooklyn brownstone, and I that may or may not have had some influence on this decision. Can’t wait to continue this story with you all! 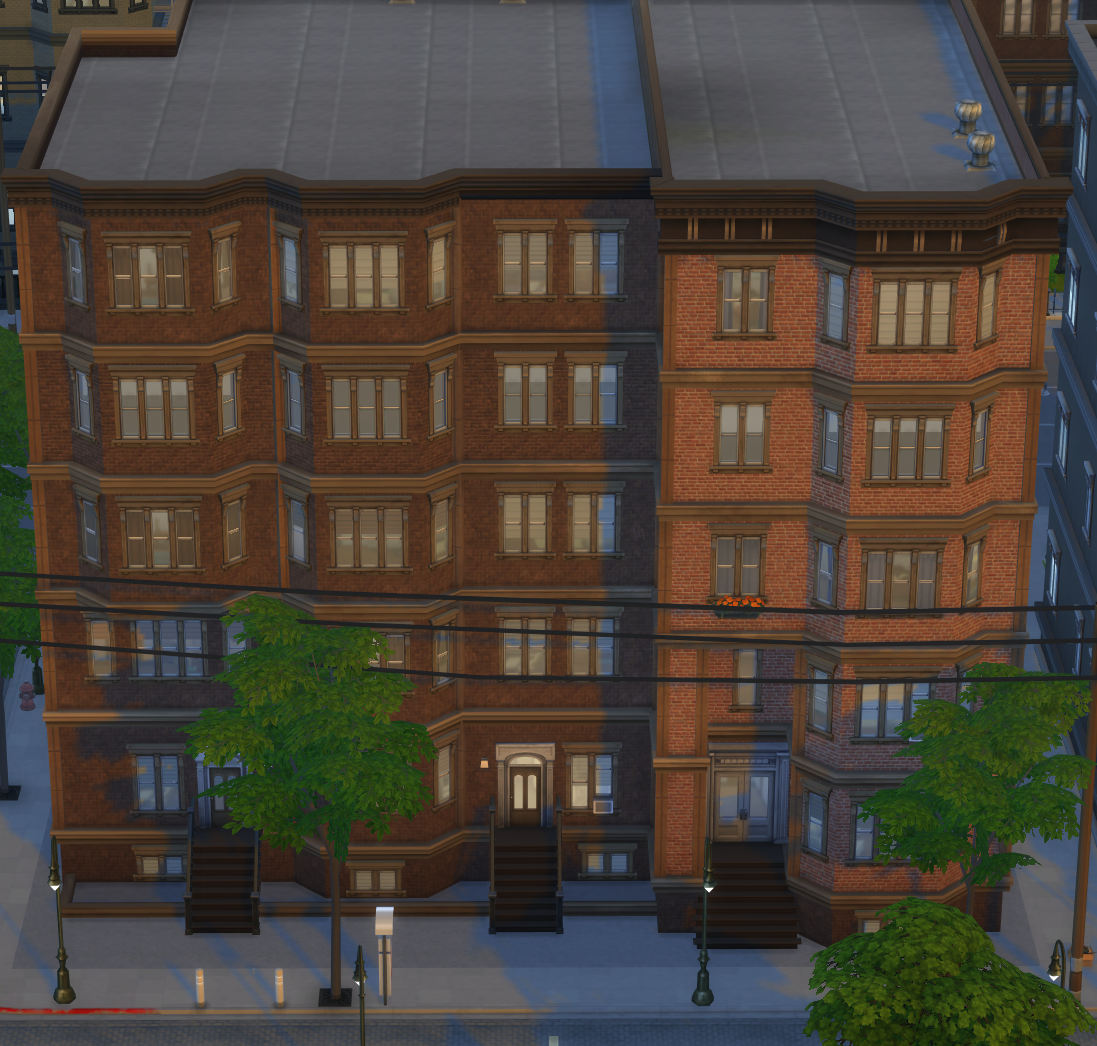 3 thoughts on “2.08 Continuing this Dreams and Drama Story Yet Again!”