[Author’s Note: Hi guys! *big wave* Long time, no write, amiright? Well, I’m back to continue my story, and as always I’m hoping I can be a bit more consistent with posting chapters. 15th times the charm, right? Well, I’m diving back in to my rebooted Dreams & Drama Neighborhood Rotation, and I’m starting with a club meeting so that I can re-introduce the Sims in this story. Before I dive in, let’s do a quick name and face thing.

This is Elijah & Miss Kitty. Elijah is training to be a doctor. He’s a single man living in San Myshuno who is very… sex-positive. And he loves his cat. When he’s not romancing random beautiful women, or streaming videos of him jogging or playing with Miss Kitty, he’s looking for ways to make the world a better place. That’s why he started the Sims Success Club. He searched for like-minded Sims who could band together and really influence the world *with our powers combined!*. Don’t ask him if he ever plans on settling down. Don’t ask him when he’ll finish his medical training. In fact, only ask him about the cat, and his plans for world excellence.

This is the Friedman family, and they live on Windenburg Island. The parents are Ryan and Lupita. They have two children, Maria and Alejandro (Alex). They have a beautiful dog named Sombra; he’s the best. Ryan is a writer, and Lupita is running for public office. Alex is a true Whiz Kid, and Maria is an independent handful. Ryan and Lupita are super committed to their family, their career aspirations, each other, and now also the Sims Success Club. They say all the time how they got very lucky with their kids who are basically raising themselves.

This is Juniper  and Margaret (Maggie). They live in Del Sol Valley. Maggie happily moved there with Juniper, who she is 100% sure the love of her life. Juniper is 100% sure that her acting career is the love of her life, and also Maggie is great too. Juniper is a rising star, but Maggie is pretty famous in her own right through her amazing paintings. When Elijah started the Sims Success Club, he only invited Juniper in because there were limited spots available. Yeah, that definitely didn’t cause problems for Juniper at home, not at all. Hopefully the next open spot in the club goes to Maggie, and then everything will be fine. All they have to do now is decide once and for all if they’re going to get married, which Juniper totally promises to do soon, she’s just really gotta focus on this next audition.

Last but not least are Devan and Aniyah, who live in Oasis Springs. They are chefs extraordinaire, or at least they will be by the end of their careers. Best friends since toddler age, they are changing the world one sustainably sourced plate of deliciousness at a time. Their thriving YouTube channel where they cook, mix cocktails, poke fun at each other as only best friends do, and even weave in a bit of prankster madness, is what drew Elijah’s eye to them when he wanted to start his club. Anyone who sees them can tell they come as a package deal. As often happens with these things, people wonder why they aren’t dating, but Devan and Aniyah don’t care. They are who they are and if the right person comes along, they’ll fit in. Or they aren’t the right person. And that’s that on that.

Okay, now you’re all caught up on the four households in my rotation. So let’s join them at their latest Sims Success Club meeting and see how things are going, shall we?]

The club meeting started by all agreeing that the photos they took at the place in Magnolia Promenade weren’t great at all. Elijah decided he would continue upping his photography skill, and they would try again soon. They all had images to uphold, and a bad picture could tank many of their careers.

This meeting was a bit more casual, less sit-around-this-table-and-plot-our-next-move. The relaxed atmosphere gave Devan a chance to circle back to the Friedmans. He followed Aniyah’s advice and apologized to Lupita, then gave her a wide berth. 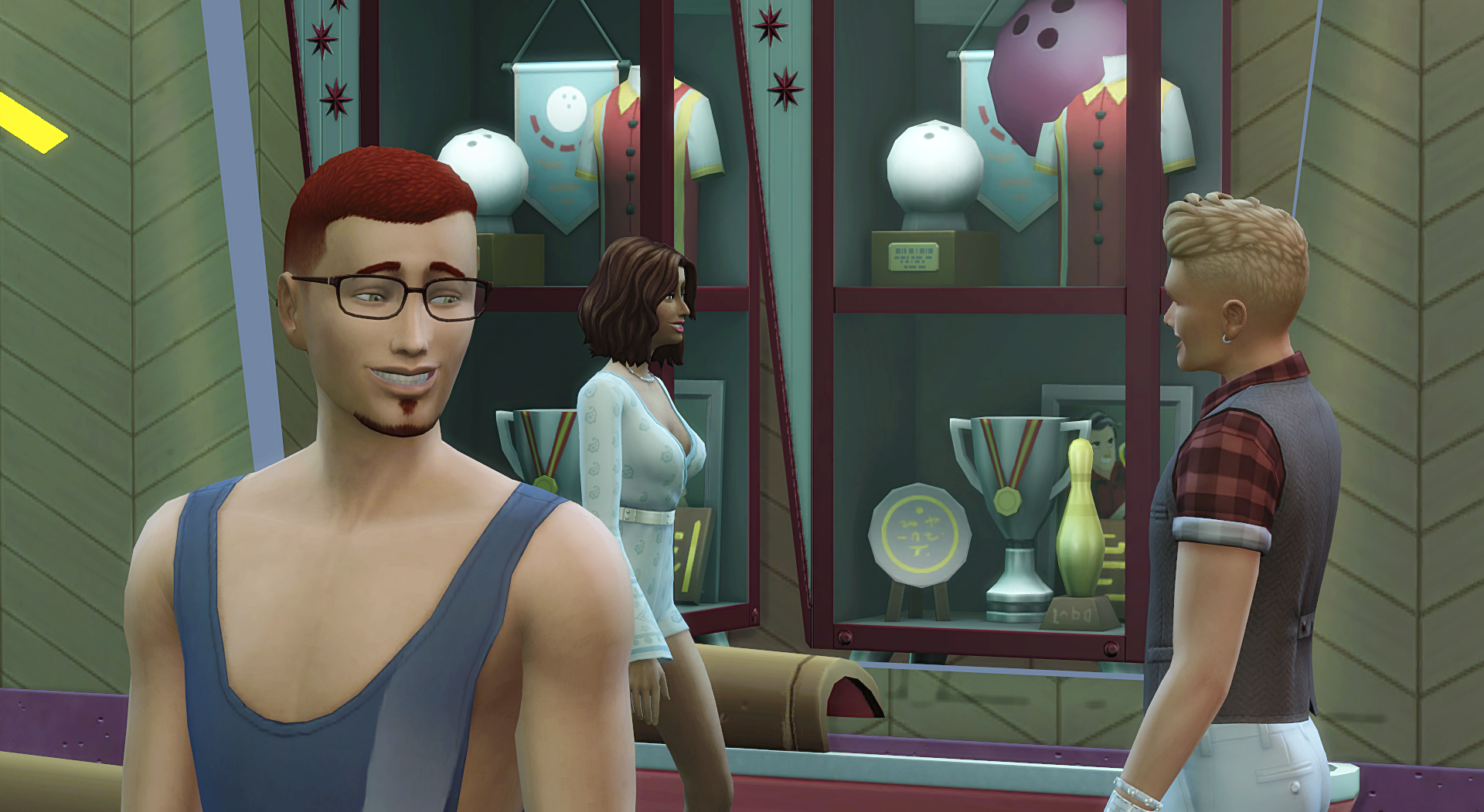 Elijah noticed the awkwardness between Devan and the Friedmans. He tried to assess the situation to see if he could to help fix it. 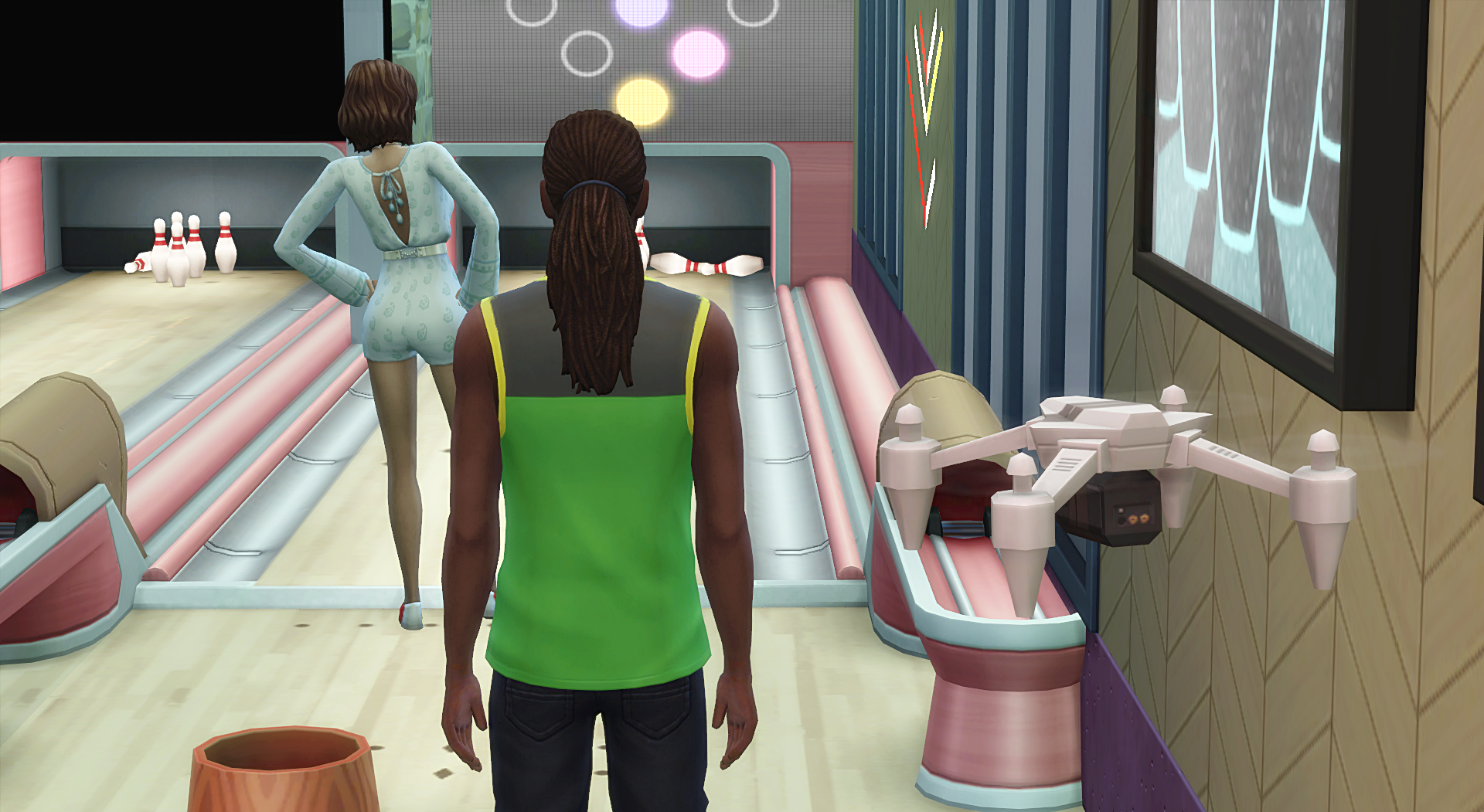 He walked up to Lupita and just asked her point blank if he should be doing something about Devan. She just stared at him for a bit, seeming to weigh the pros and cons of various responses she could give. 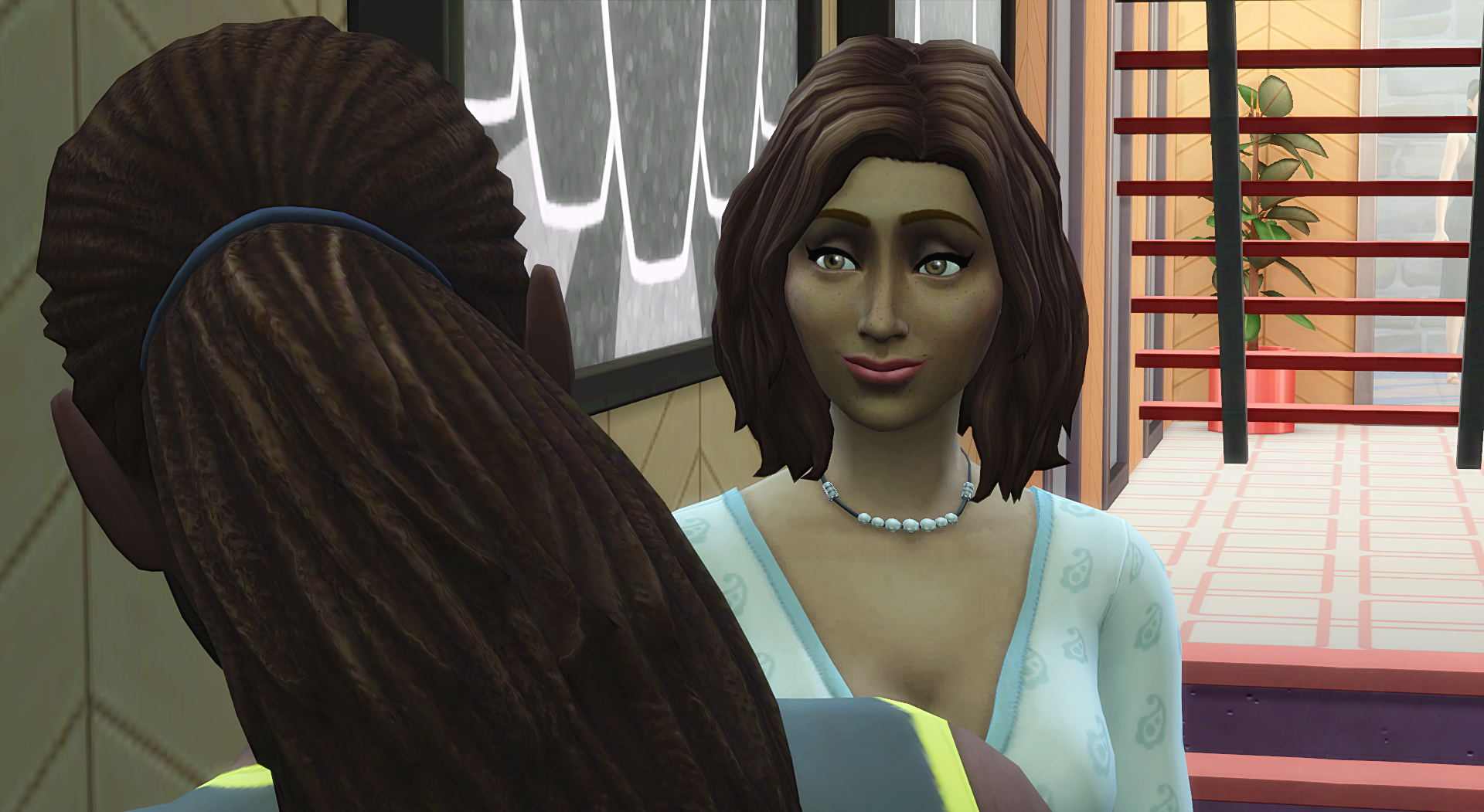 Ultimately, she landed on letting bygones be bygones. “No, no Elijah,” said Lupita, “everything is fine now. It was fine before! It’s all just a misunderstanding and Devan apologized. We will all be friends now, you’ll see.” 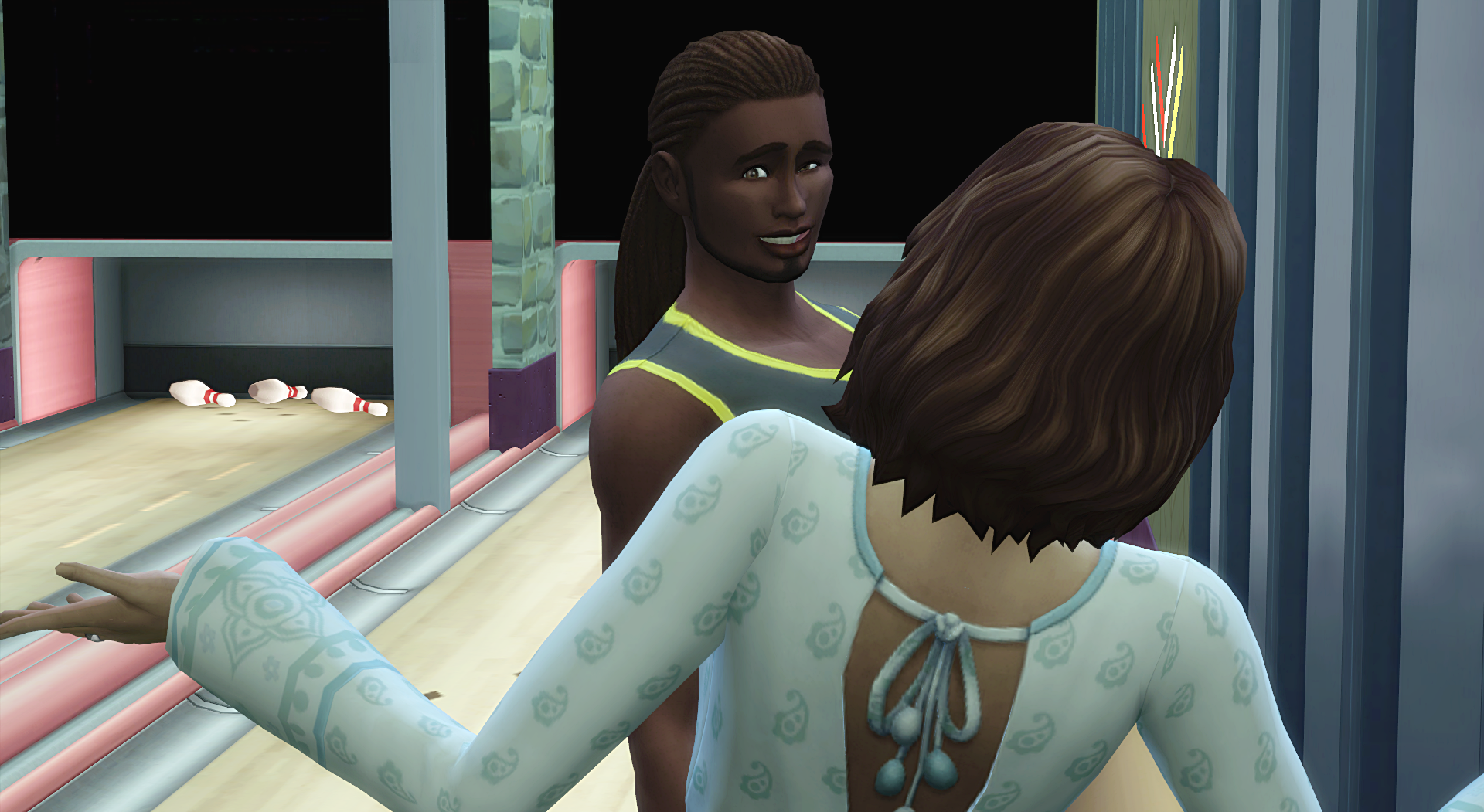 Elijah was satisfied with her answer and let the matter go.

For the rest of the club gathering, Devan did what he was supposed to do, even went a little overboard. He spent a great deal of time with random Sims who were there to bowl and perhaps see some up and coming celebrities. 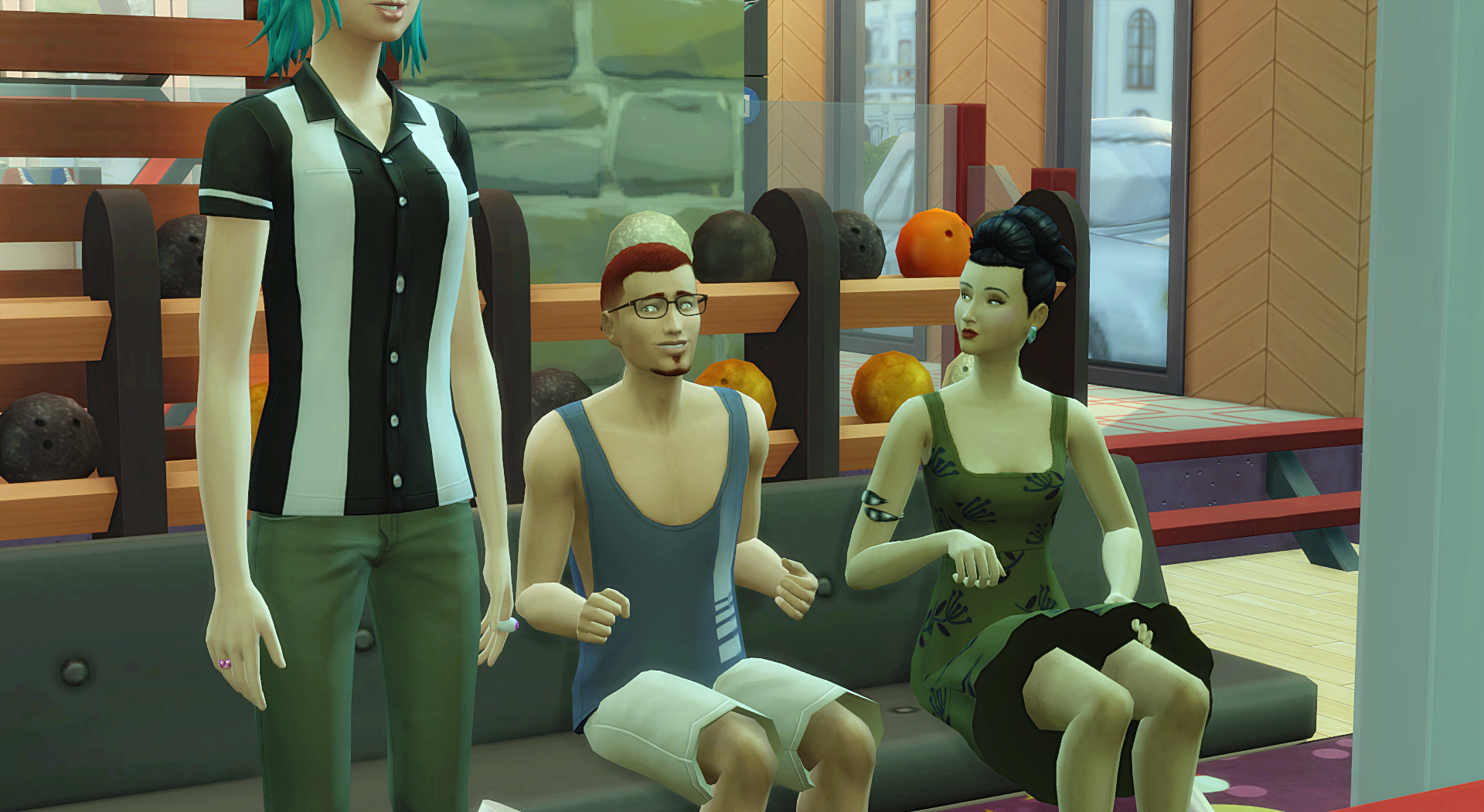 Ryan wanted things to move on as well, so he tried to start a few group conversations within the club. He got responses from some members, but noticed that Devan still kept his distance. This wouldn’t work at all. Lupita was clear she just wanted to move on, and Ryan wanted that too. 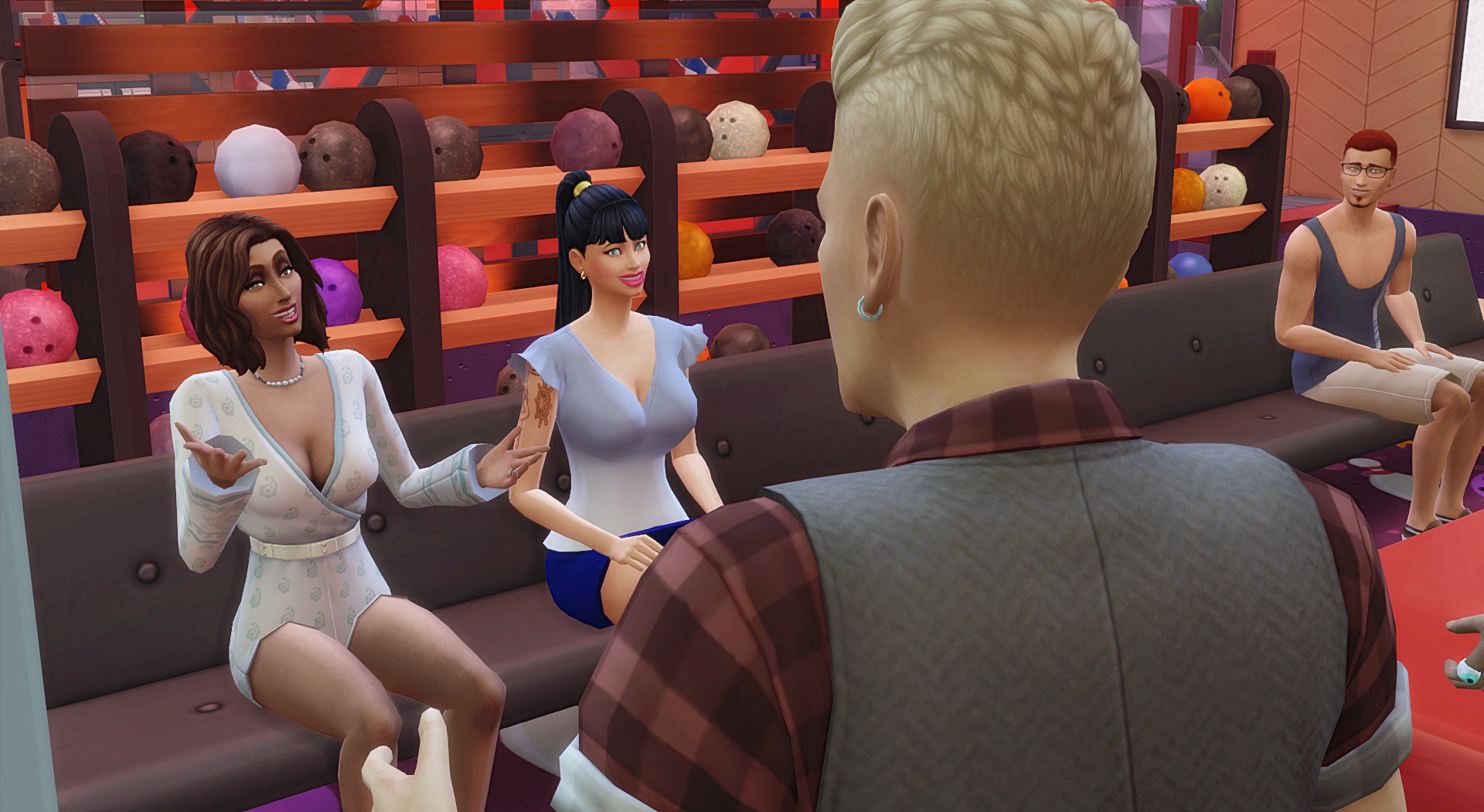 Ryan watched him, and started to feel a little badly. He had been protecting his clearly uncomfortable wife, but perhaps he’d gone too big in his response and had now made things awkward for everyone. He wasn’t sure if there was anything more for him to do or say, so he decided not to do anything, but that didn’t stop him from feeling bad. 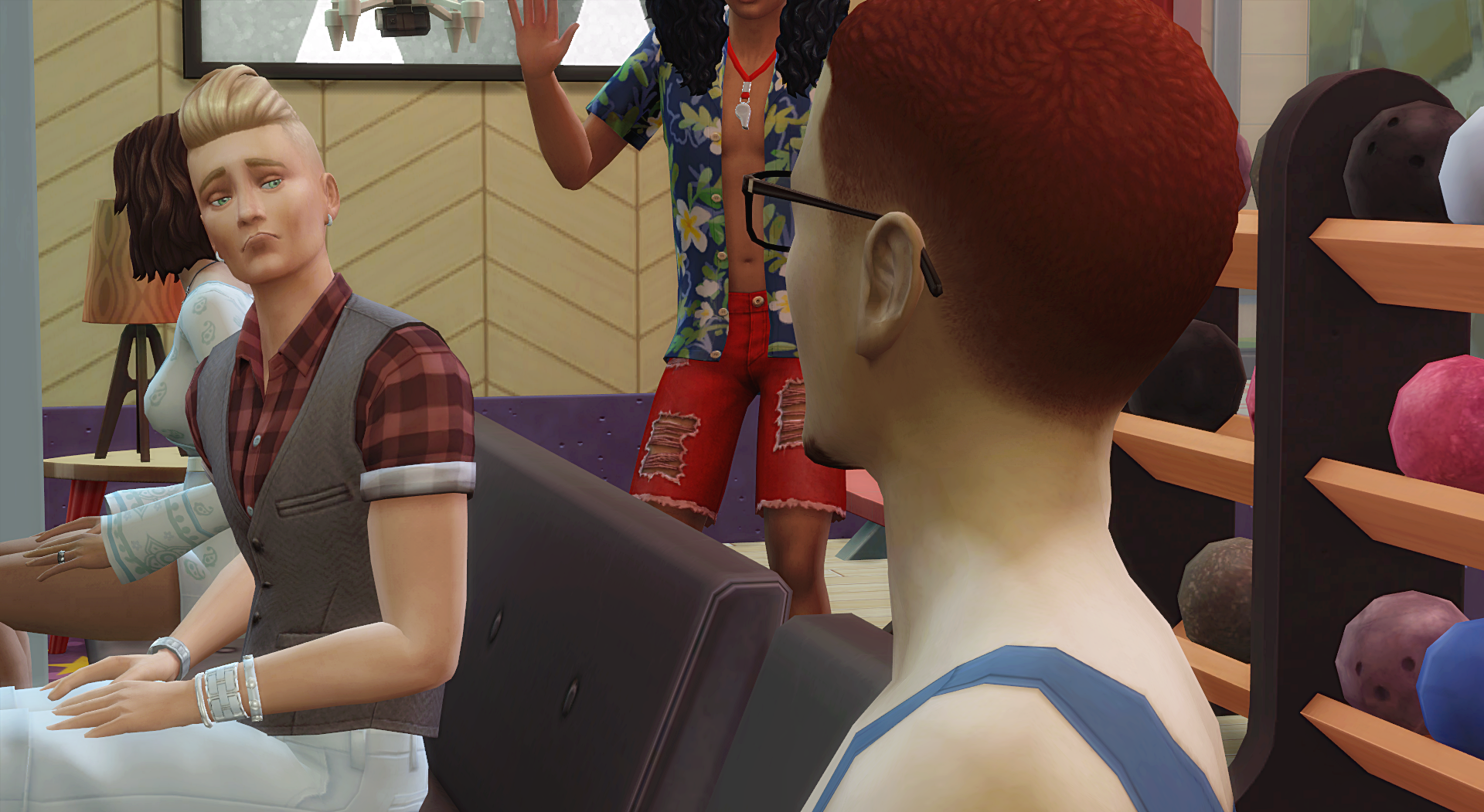 Luckily, the rest of the evening passed without incident between Ryan, Lupita, and Devan. More interesting things began happening upstairs between Elijah, Juniper, and Aniyah.

“I just need you to promise me that the next spot will go to Maggie,” slurred Juniper as the bubbles took hold. 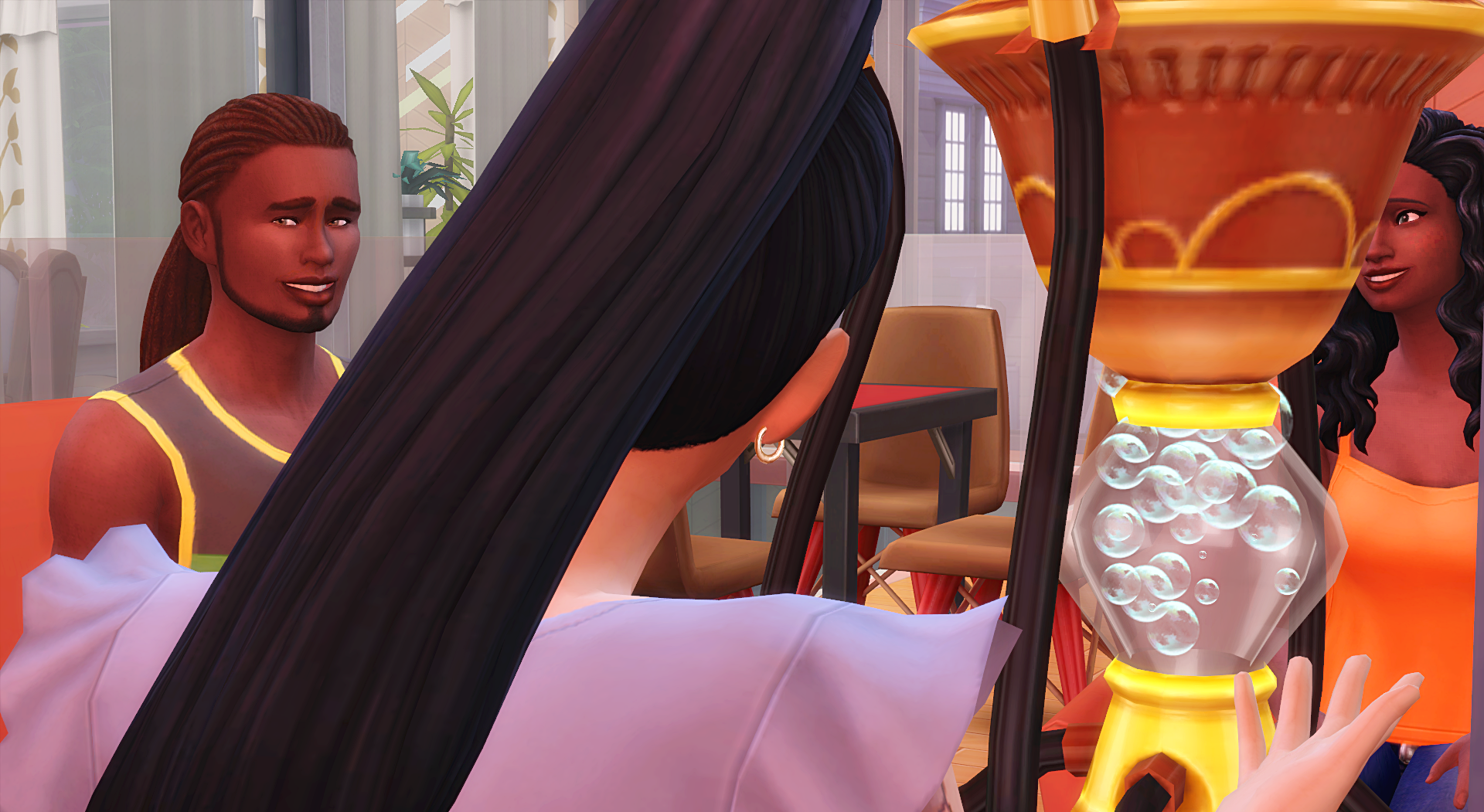 “Oh My Watcher, woman, yes I promise,” slurred Elijah in reply. “You are killing me! This isn’t my fault you know.”

“I did my research into you and Maggie, Aniyah and Devan, and Ryan and Lupita. Out of the three couples, you two came off as the least likely to be a ‘package deal’. I knew I could only invite 5 for now, and honestly, I didn’t think you’d care so much about doing this without her.”

“How could you think such a thing?” Juniper tried to keep a smile on her face so she wouldn’t show that she was getting really upset. 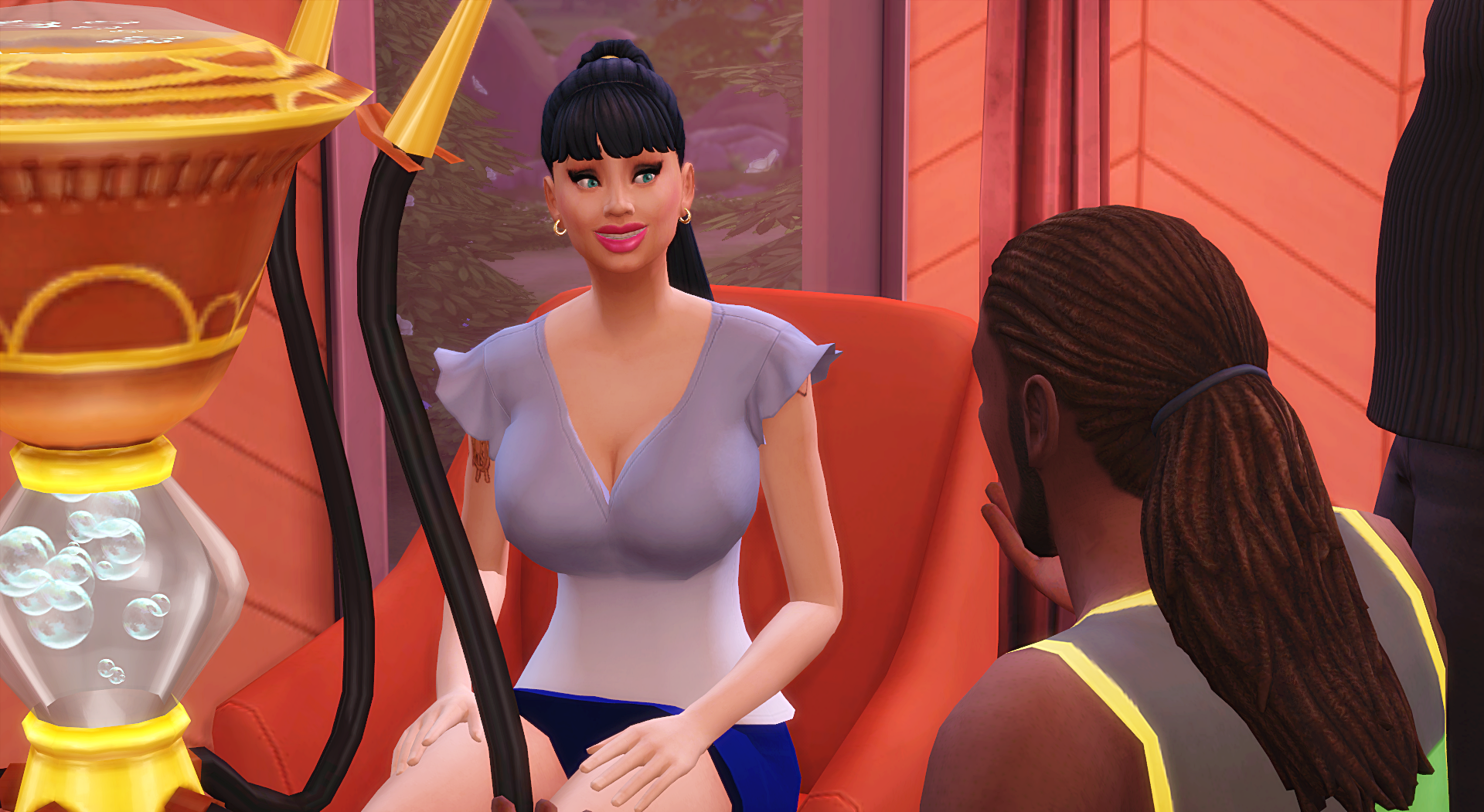 “Well…,” Elijah’s brain was cloudy with bubbles, but he tried to choose his words carefully. “I mean… you’re here now aren’t you? So I was right. I mean, Ryan and Lupita wouldn’t have joined without the other, and neither would Devan and Aniyah–and they’re not even together!”

“Whoa, hey there there now,” interrupted Aniyah. “We’re all feeling these bubbles, let’s move on to safer topics for now.” 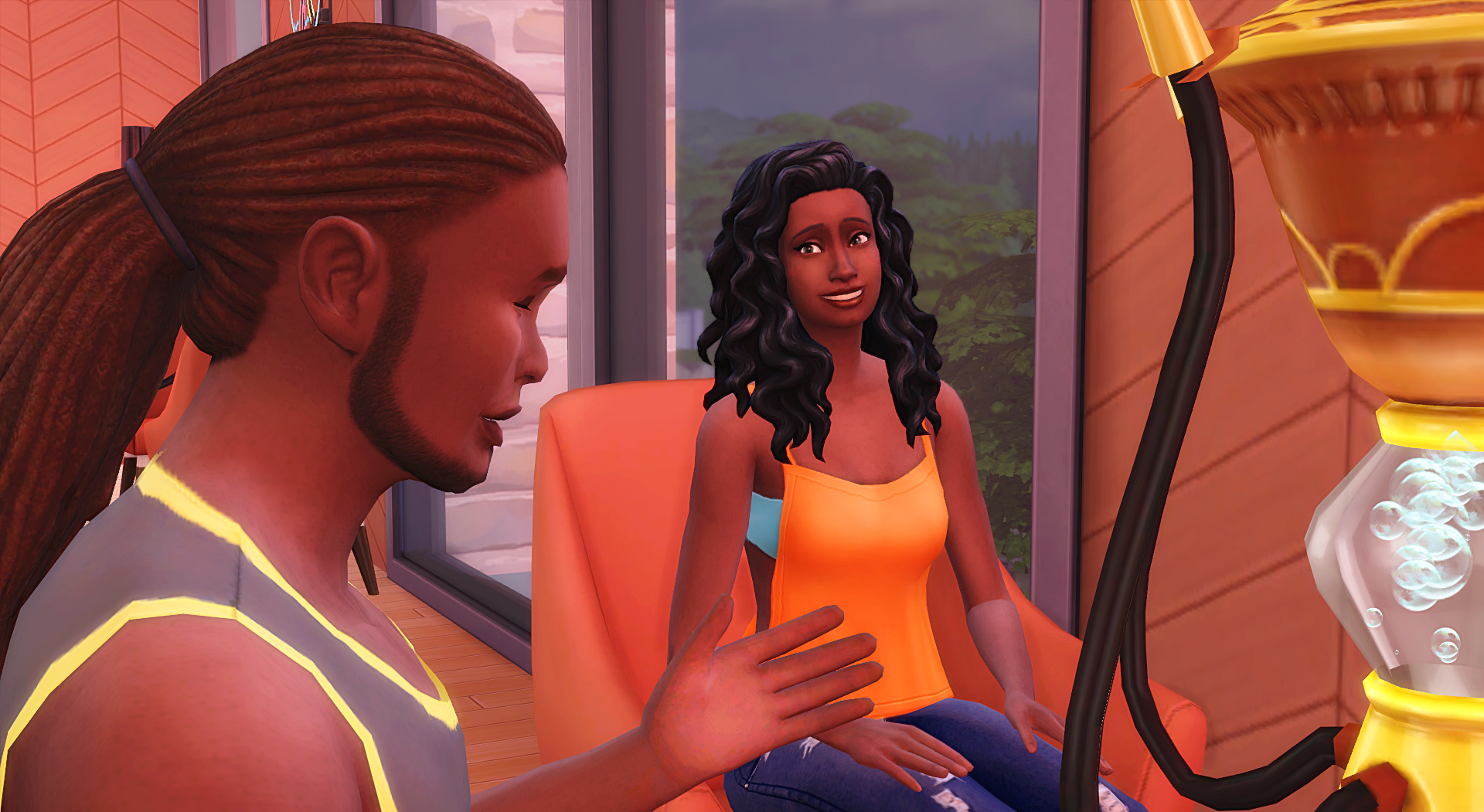 “Cool, now that’s settled, let’s talk about this package deal thing with me and Devan. We totally are, but I want to be clear that it’s super platonic. That has never been our vibe, ever!”

“Yeah, yeah, we know,” said Elijah. “You’re totally on the market and available. I know, I told you I do my research.”

“What an interesting way to phrase that,” replied Aniyah. 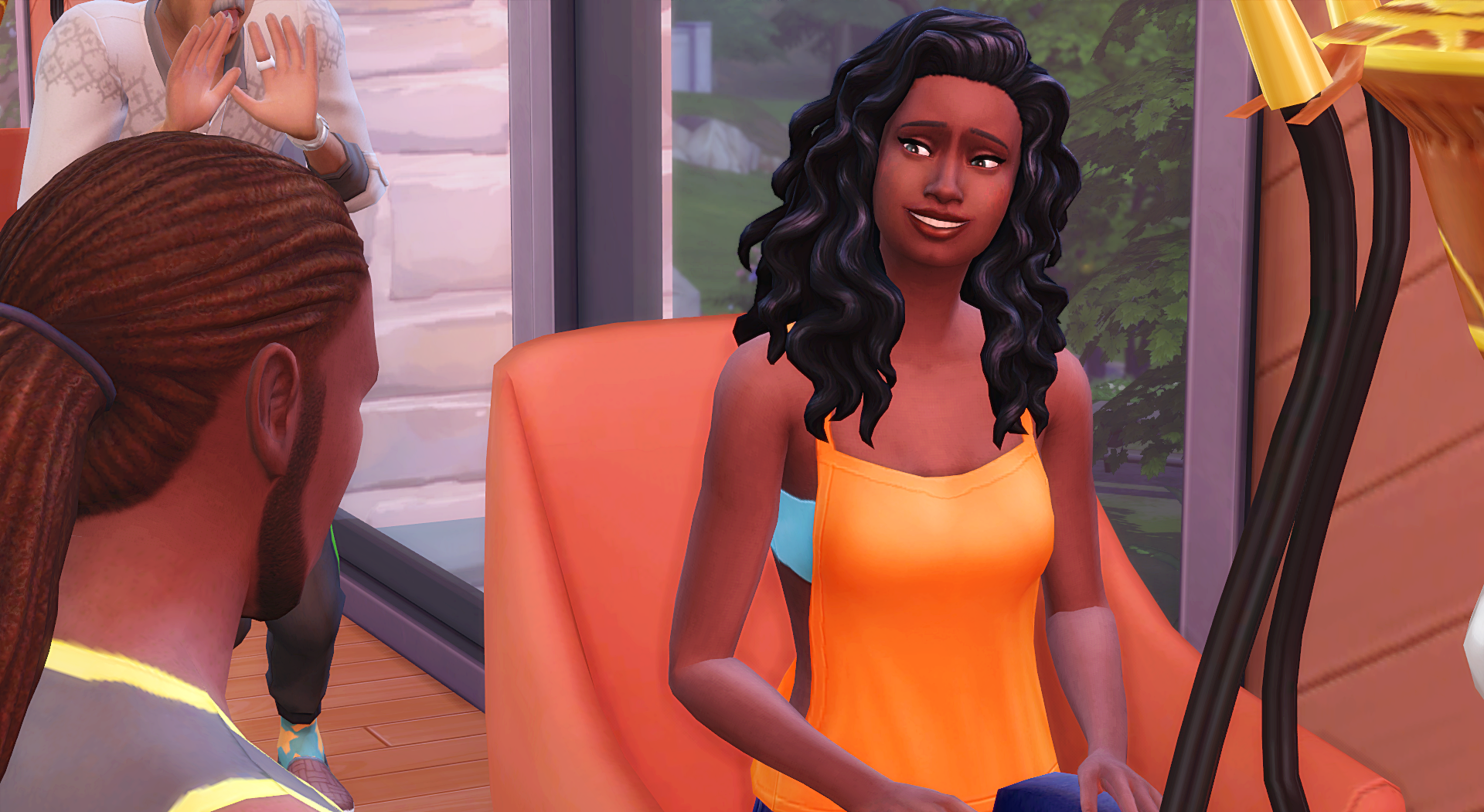 Elijah spent the rest of the evening emphasizing how they were all friends and that being friends was a good thing for the club. When the ladies finally stood up to leave, he found himself disappointed. 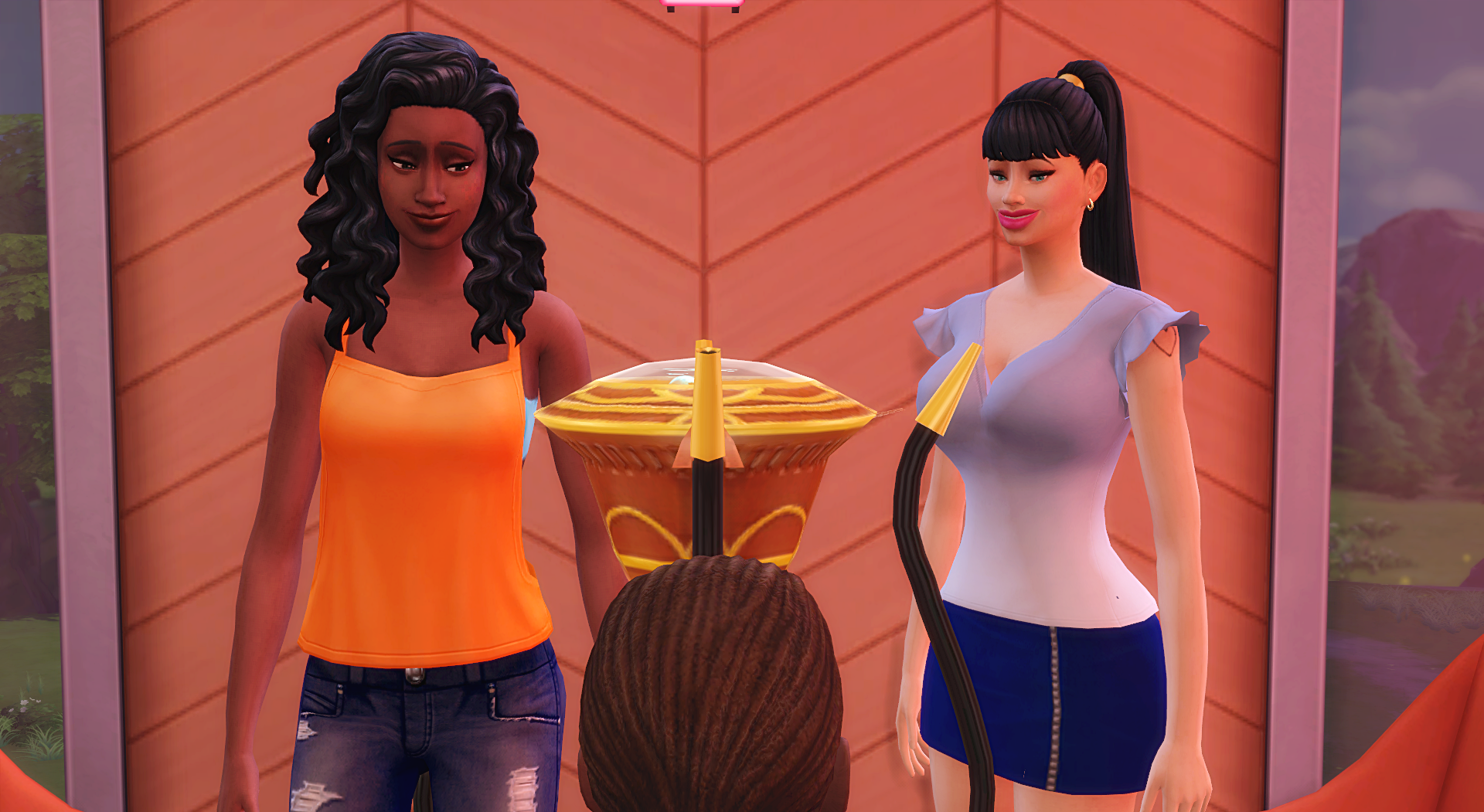 He waved goodbye to Juniper and without thinking enveloped Aniyah into a hug. She seemed surprised but went with it. 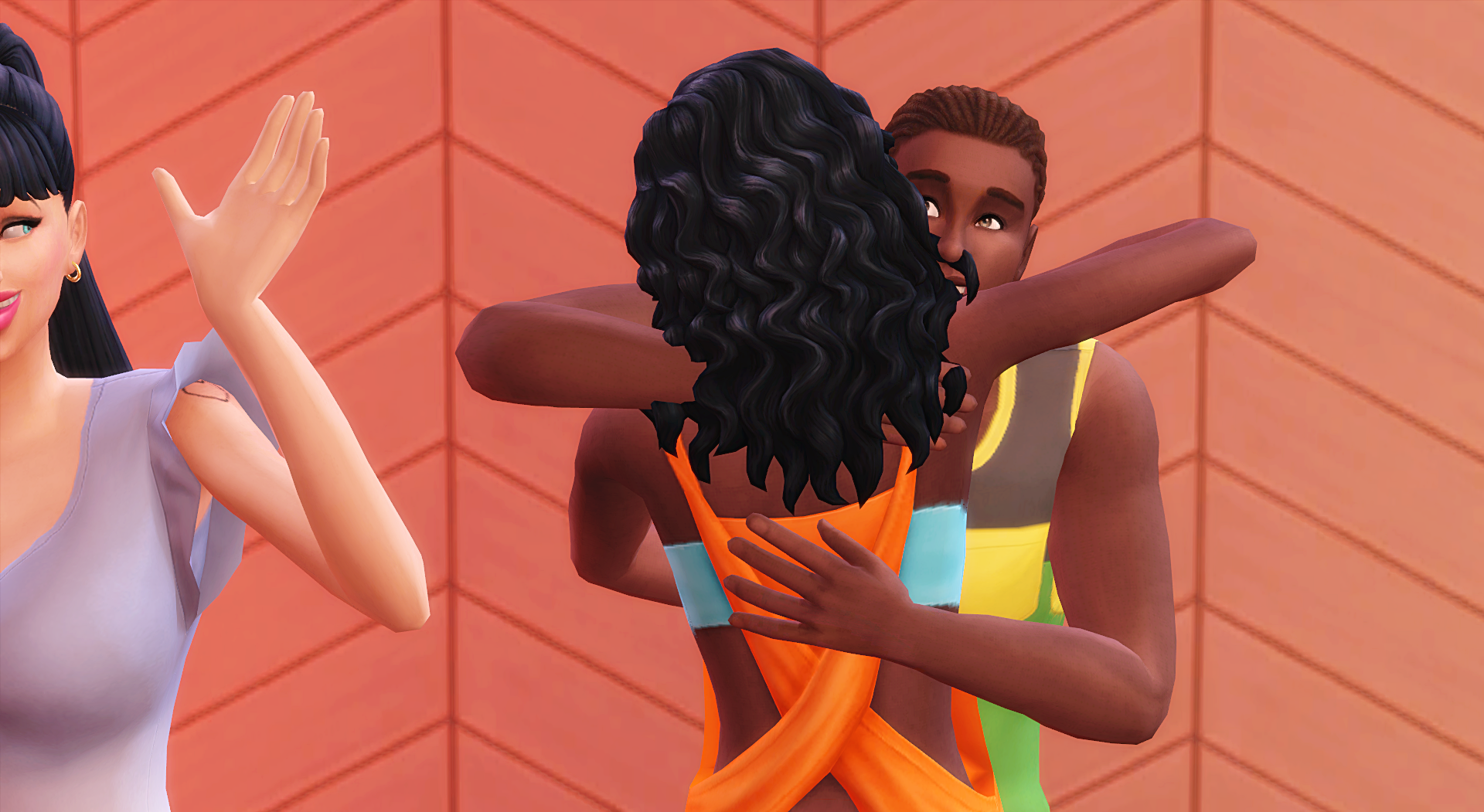 As Elijah walked away, he could hear the women whispering behind him. He wanted to just ignore it, go home and sleep off the bubbles, and let time fix whatever weirdness he’d just caused. 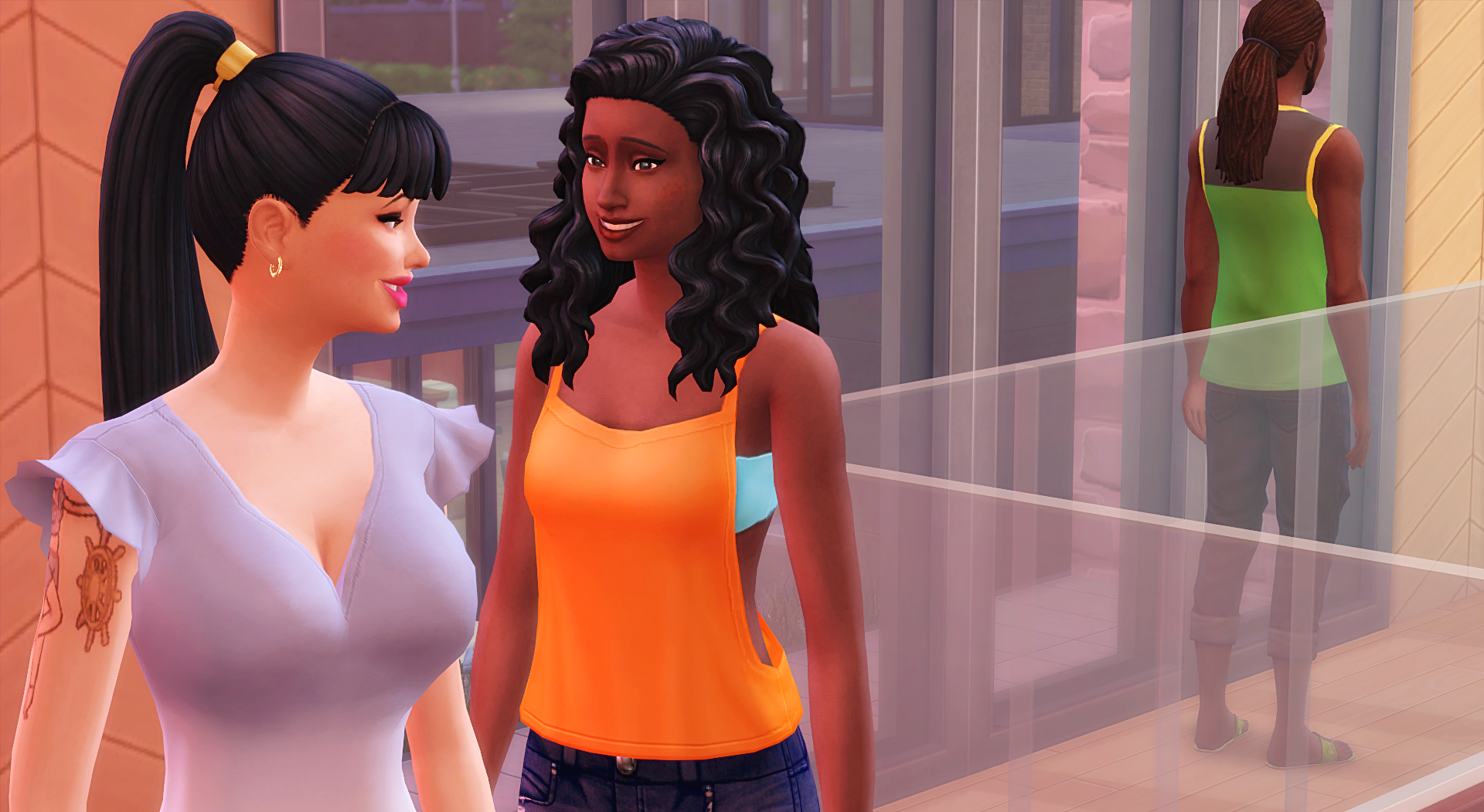 But instead, he found his feet were heading back to the women. Next thing he knew, he was standing in front of Aniyah, fidgeting like a teenager who waited too long to ask his girl to the prom. 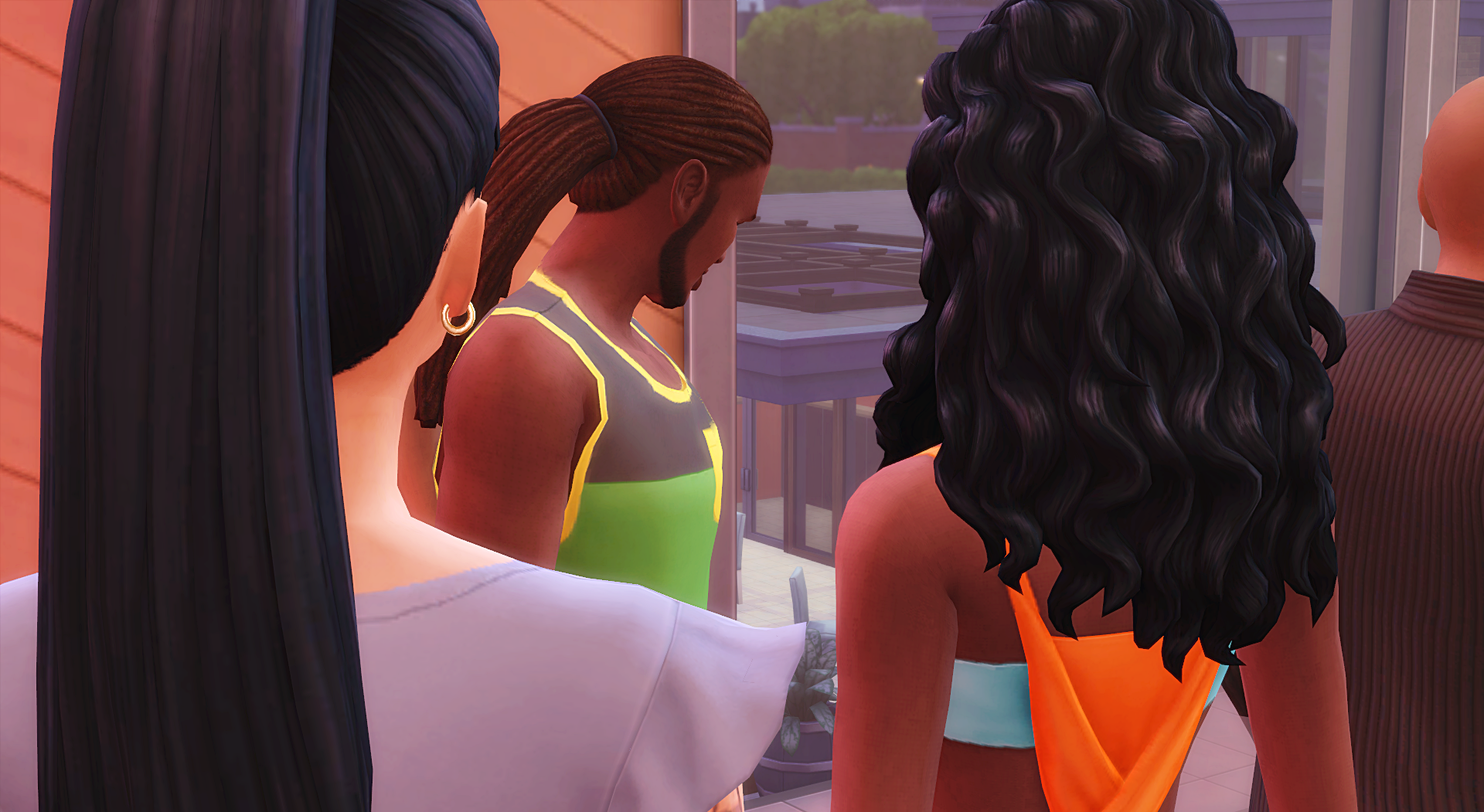 “So we should hang out more. My schedule is pretty wide open when I’m not at the hospital. If you ever want to get away from the desert and come hang in the city, stop by any time,” said Elijah as he handed Aniyah a key to his apartment.

Juniper burst out laughing. “I knew it! Yeah, you two are gonna be great friends, I can already see it.” 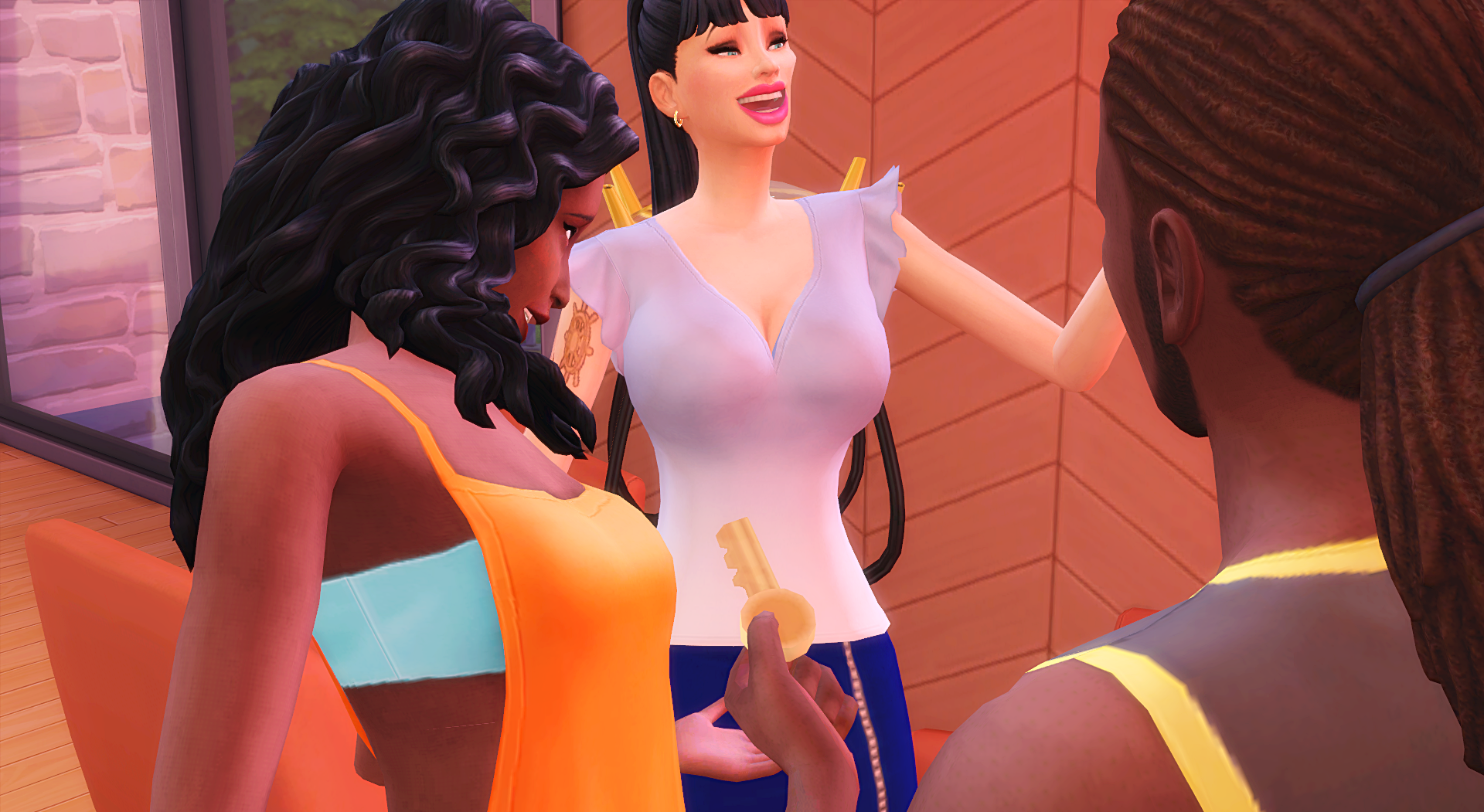 “Uhhhh, sure, yeah,” Aniyah said hesitantly. “I mean, we are friends, so yeah, maybe I’ll stop by one day just to hang.” 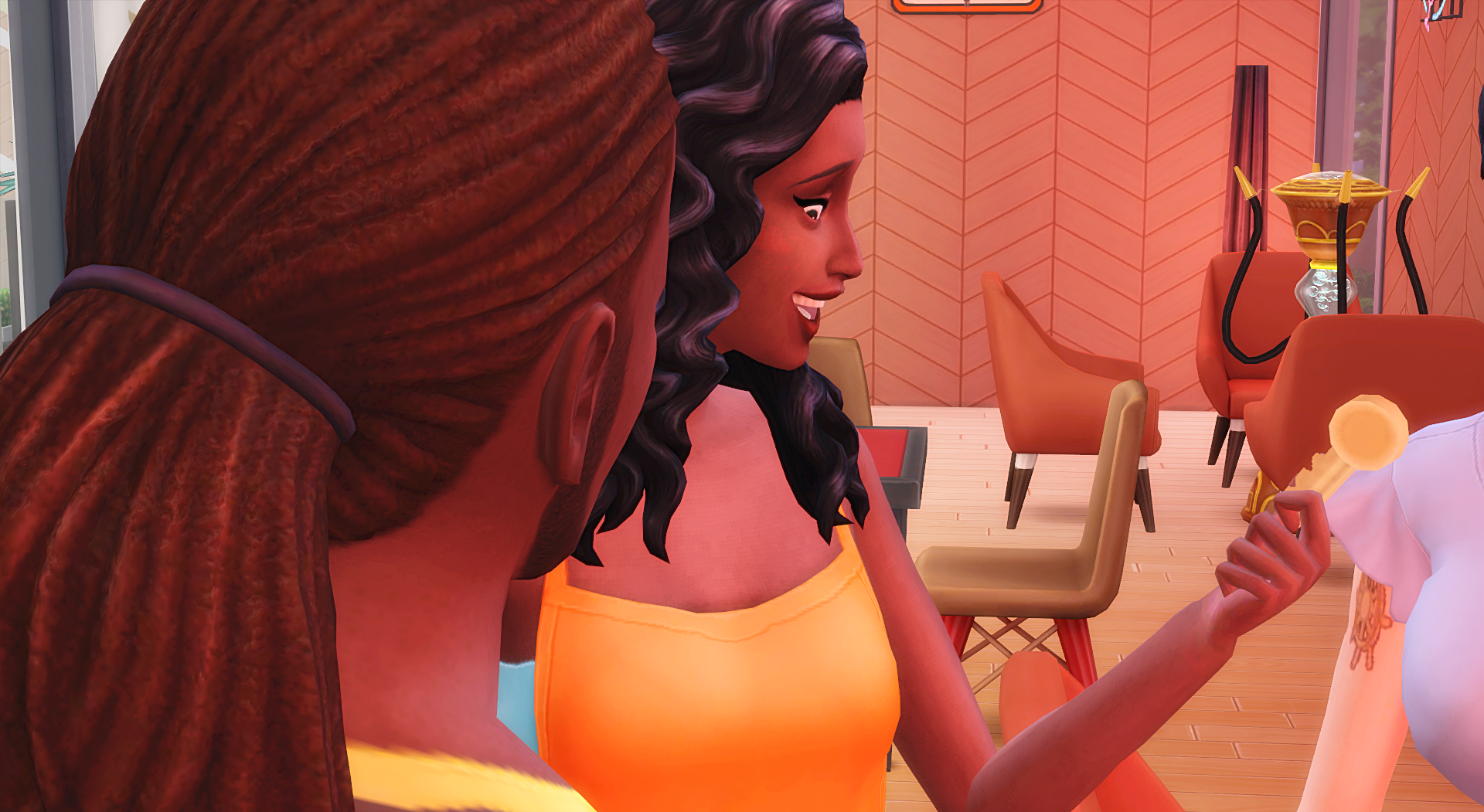 Juniper was still chuckling as Elijah finally left the building.

Aniyah turned to her with a smile on her face. “Shut up.” 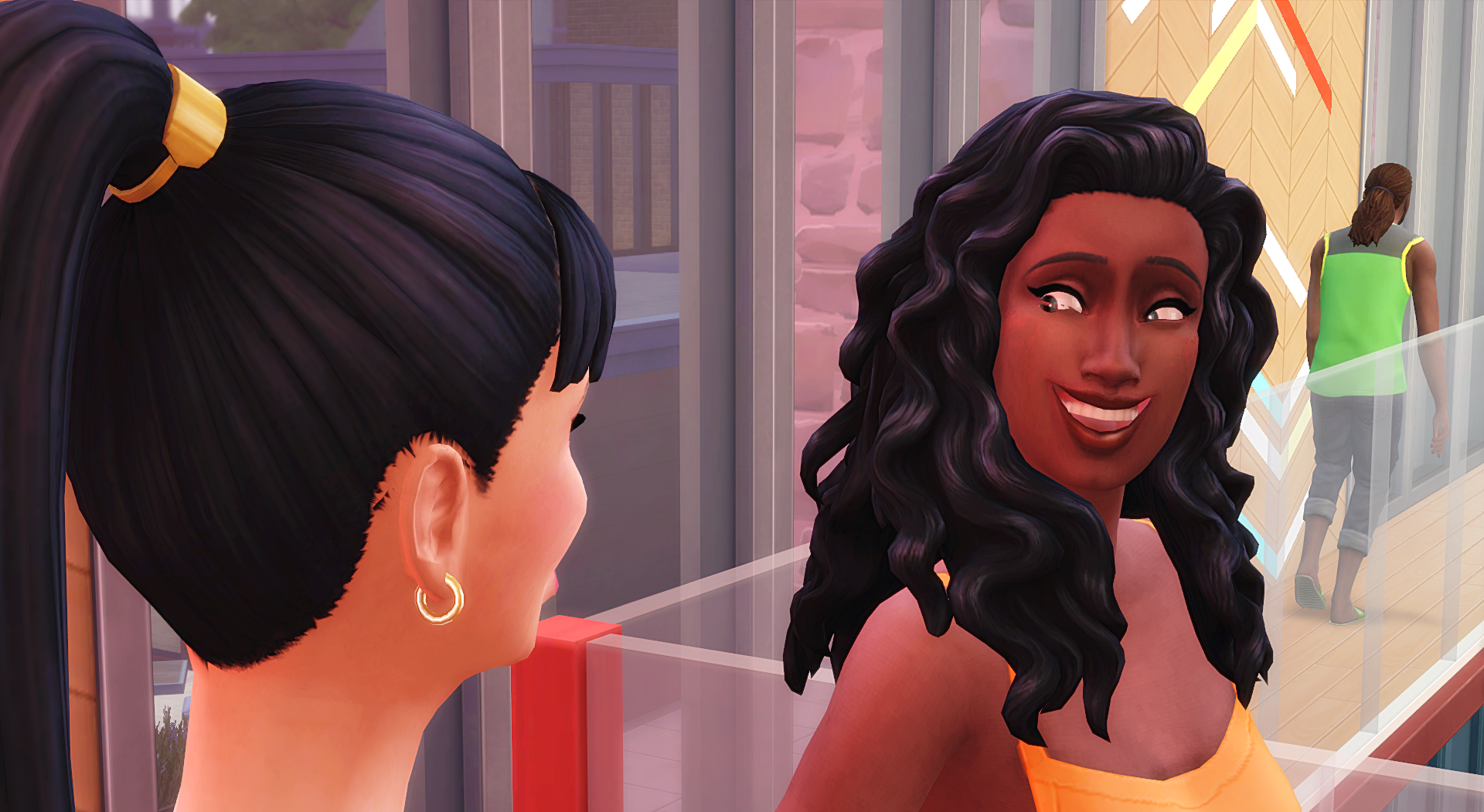