It was a typical morning at the Friedman house. Alex was still in his bear phase. Maria had entered a new picky eater phase. Ryan was whipping up a breakfast to accommodate both children’s requests. And Lupita was taking it all in with a smile. 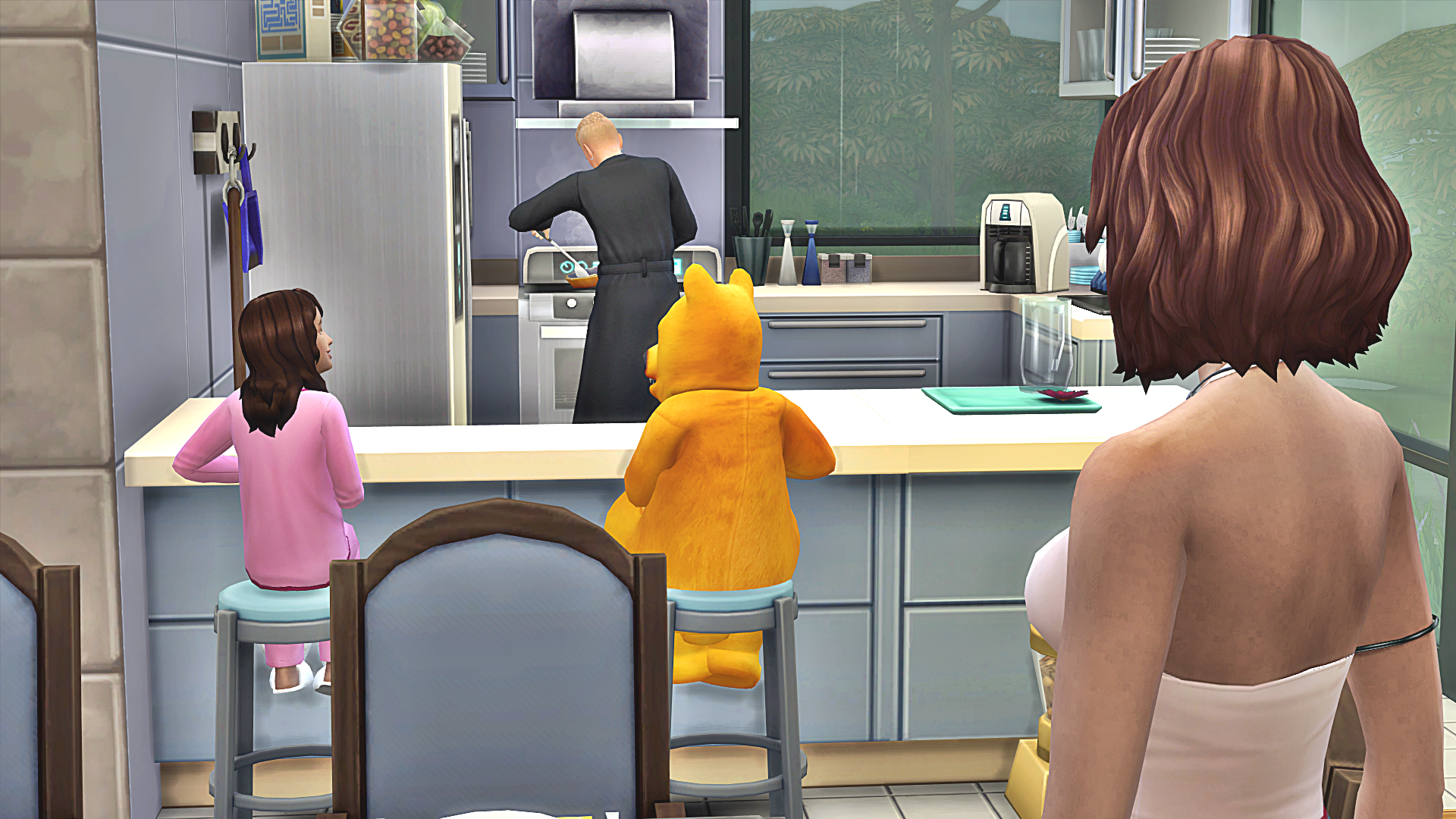 Sombra was due to age up to Adult today, and the whole family was ready. Having a puppy had been fun, and the kids kept up their end of the bargain to take good care of him. Lupita only had to pick up a pile of dog hair one time. But now everyone was ready to go on walks and have big loving hugs. Sombra seemed ready to leave his puppy days behind too. Getting from one side of the large house to the other would be much easier in a few hours. 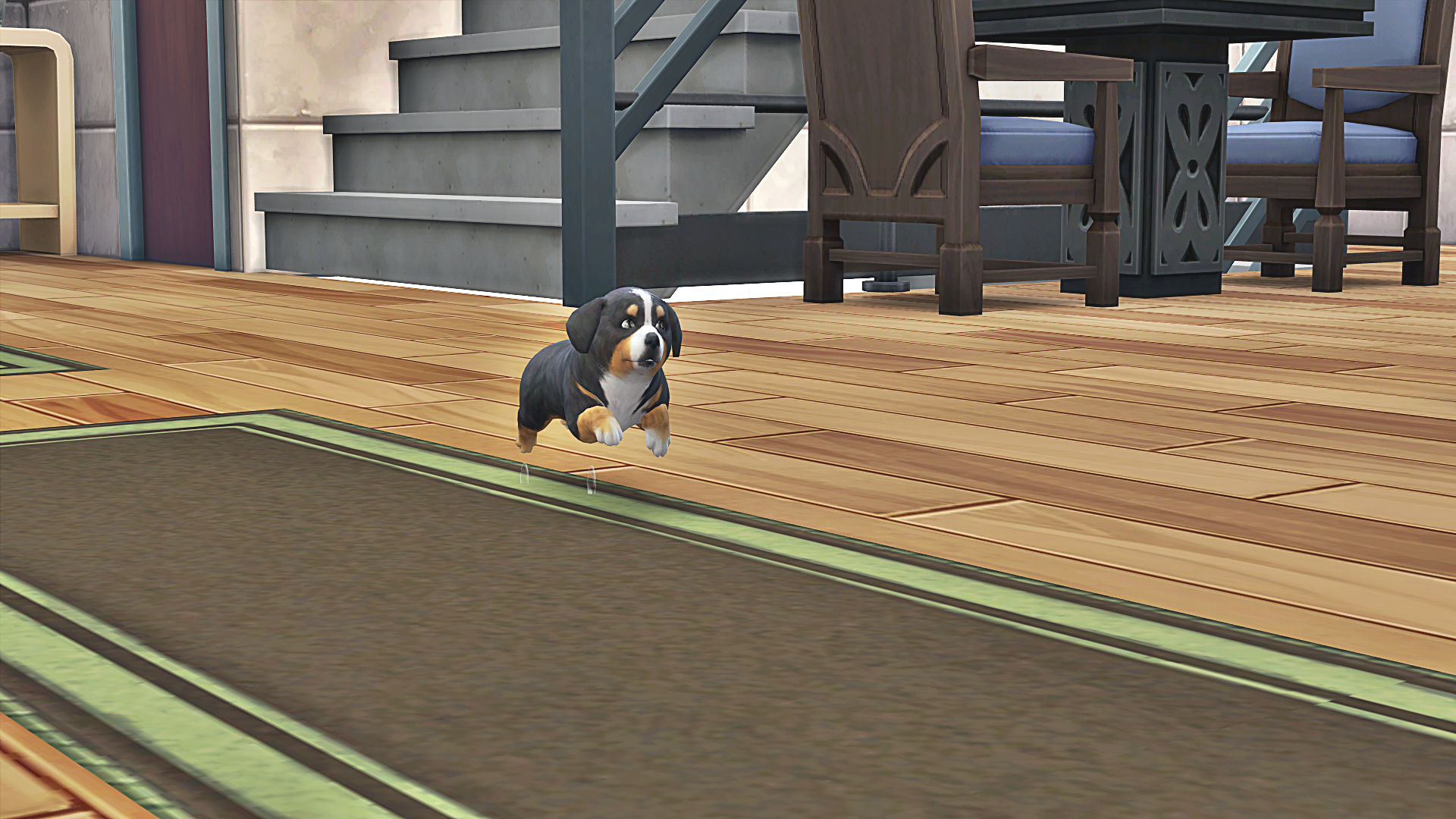 Ryan now knew his youngest child well enough to know this was about to end in an unreasonable request. He was glad he was raising children who never had to want for anything, but they certainly weren’t good at hearing no.

“Alex and I have been doing such a good job with Sombra, don’t you think?”

“And we aren’t making any extra work for you and Mamá, right?”

“Well then I think it’s time we started discussing something very important to the future of this family.”

“Heh, okay. What are you thinking?”

“Well, Daddy, I’m thinking that I need a baby brother. I don’t want to be the youngest anymore. Can you and Mamá do something about that for me?”

“Erm, ummmm,” Ryan stalled trying to figure out what to say to his complicated daughter. 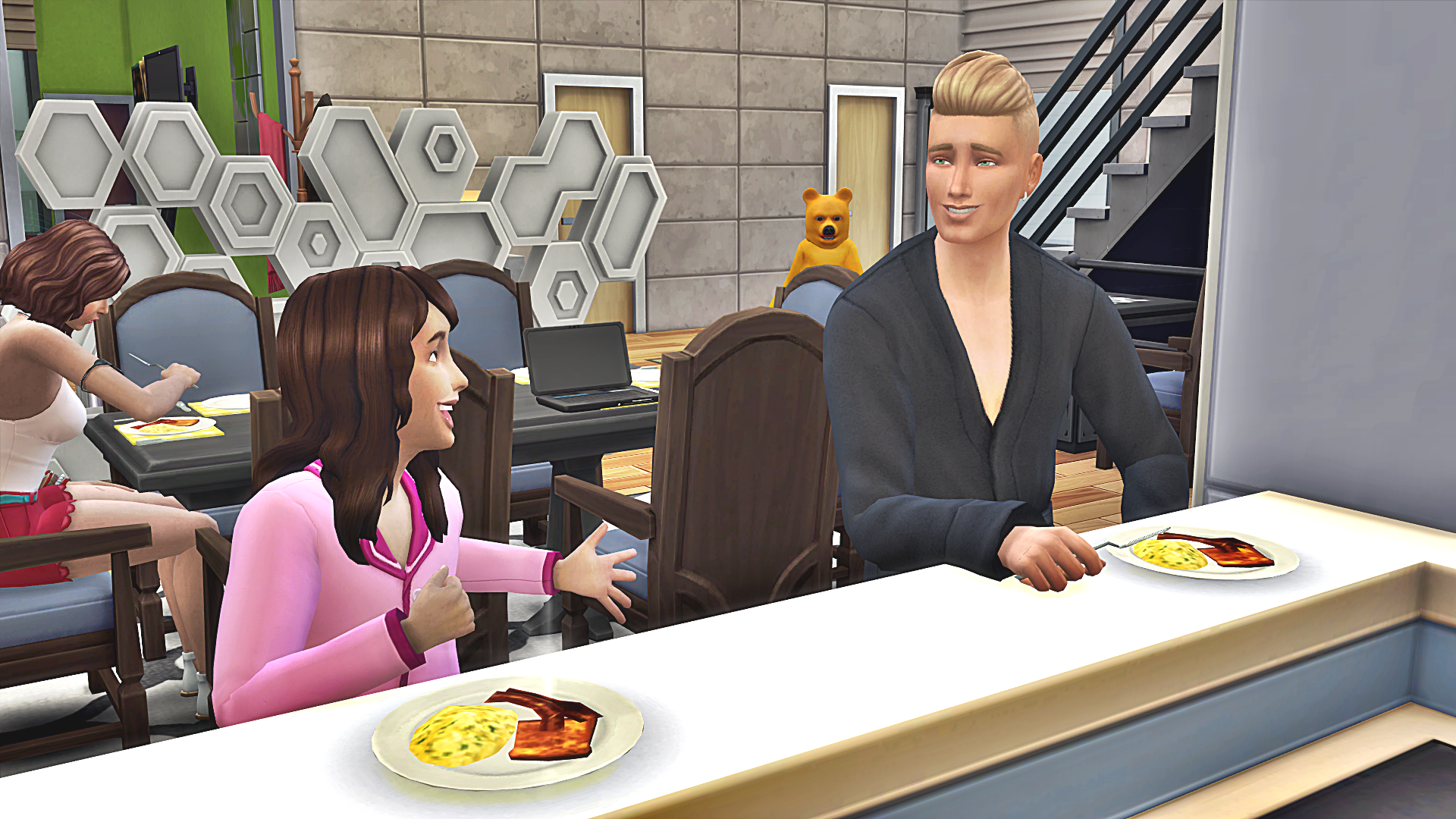 “Yes Mamá?” Maria did her best to sound her most innocent.

“We already discussed this last night a bedtime, and what did I say?”

“And that’s what I meant,” said Lupita. “If you end up with a new sibling, your father and I will decide that. Let’s focus first on how you handle Sombra once he’s no longer a pup, okay?” 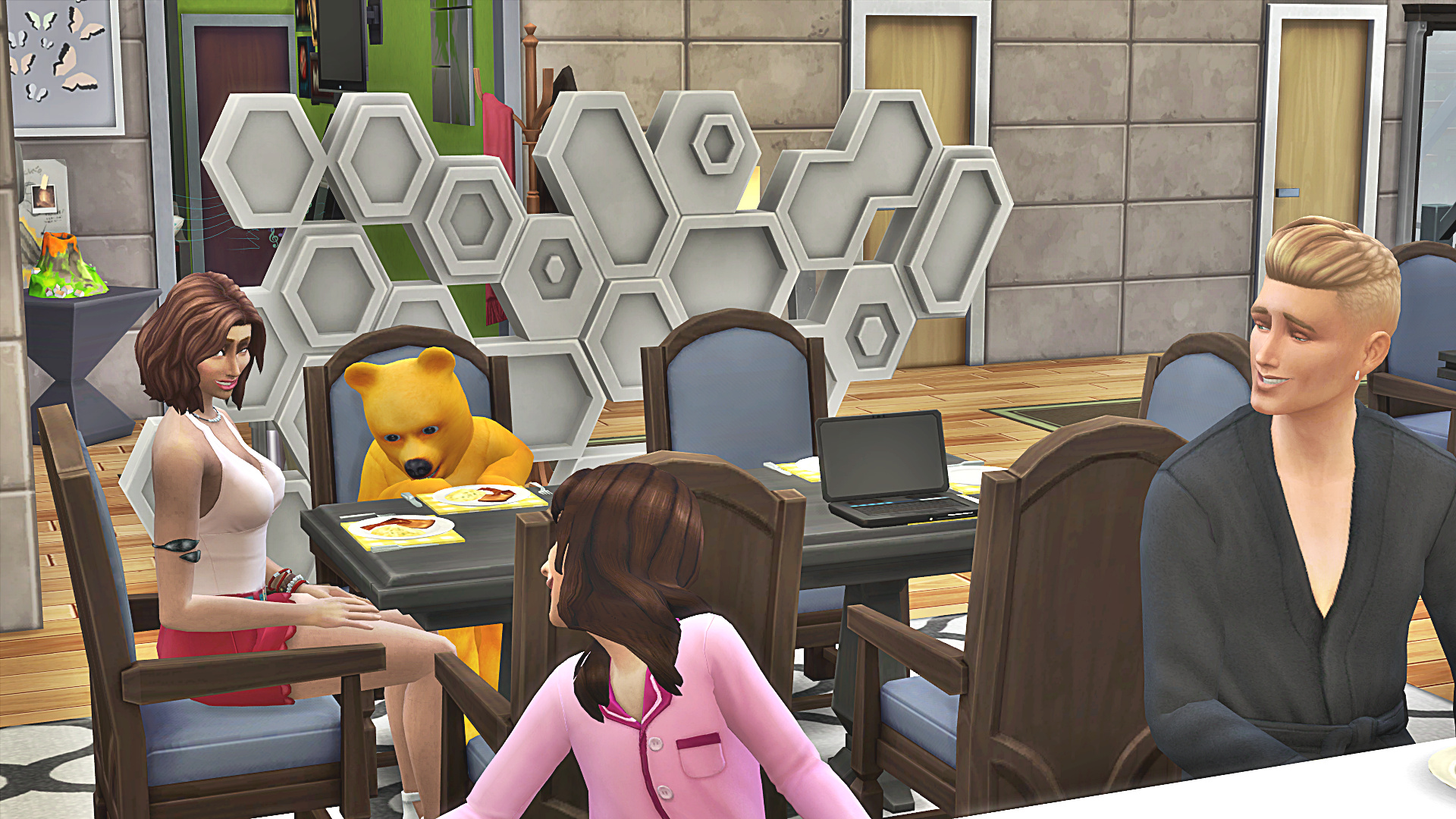 “Okay, moving on. It’s time for school, so both of you finish your breakfast. I don’t want you to be late.”

After the kids headed off to school, the parents got to work. Ryan was ghostwriting another book, and this one was sure to give him a huge payout. It reminded him so much of when he was an author, he was considering quitting the freelance life to become a self-employed writer. The royalty payments would make sure his family continued to live comfortably. He wouldn’t decide just yet, but he was thinking about it really hard. 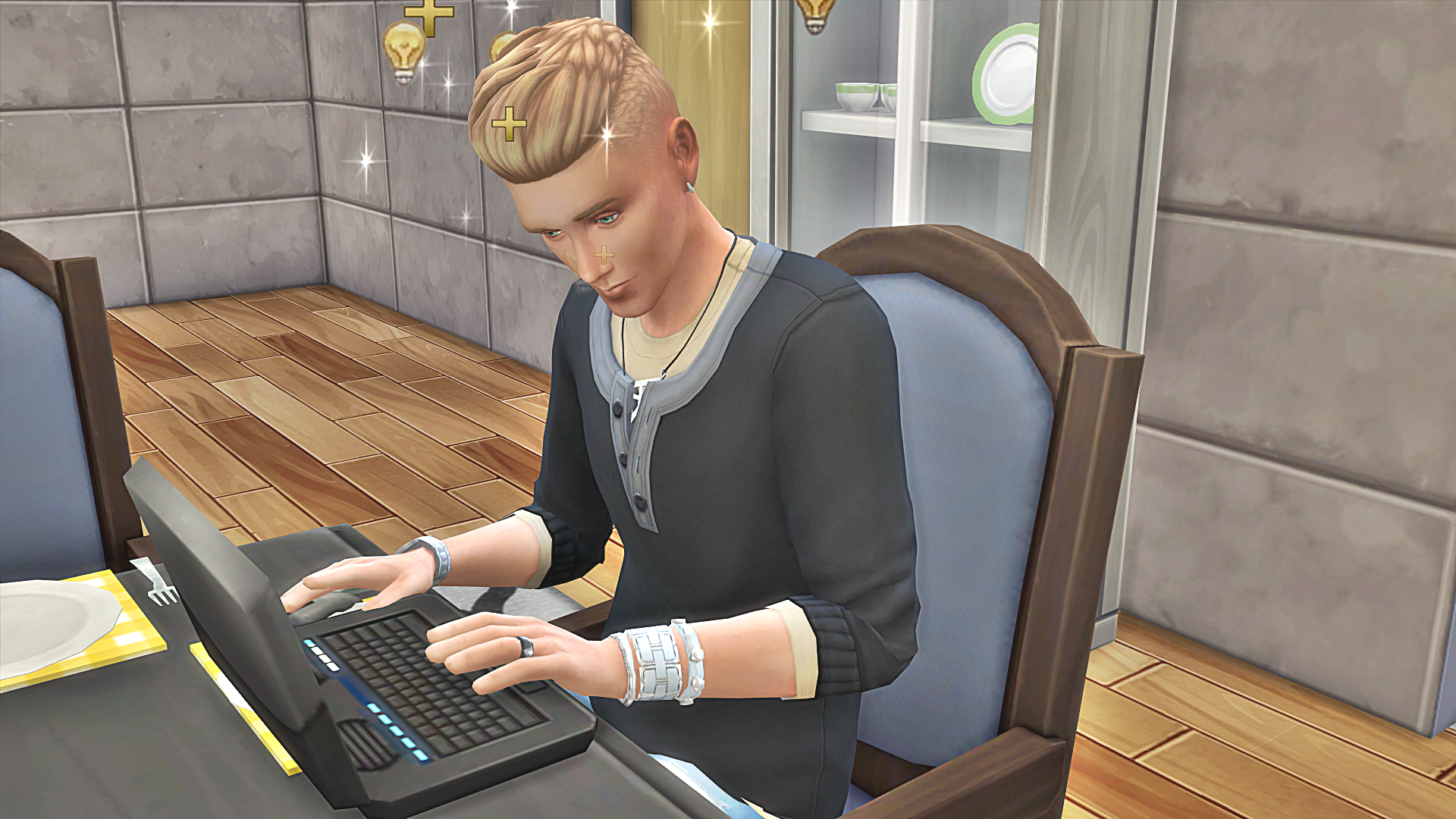 Lupita had finally purchased a drone. She’d been convinced by the other members of the Sims Success club that live streaming was the best and easiest way to maintain fame. She invited the Villareal children over to discuss neighborly things and streamed the whole thing. She wasn’t sure how this would boost her political career or her fame, but she was willing to give it a try. 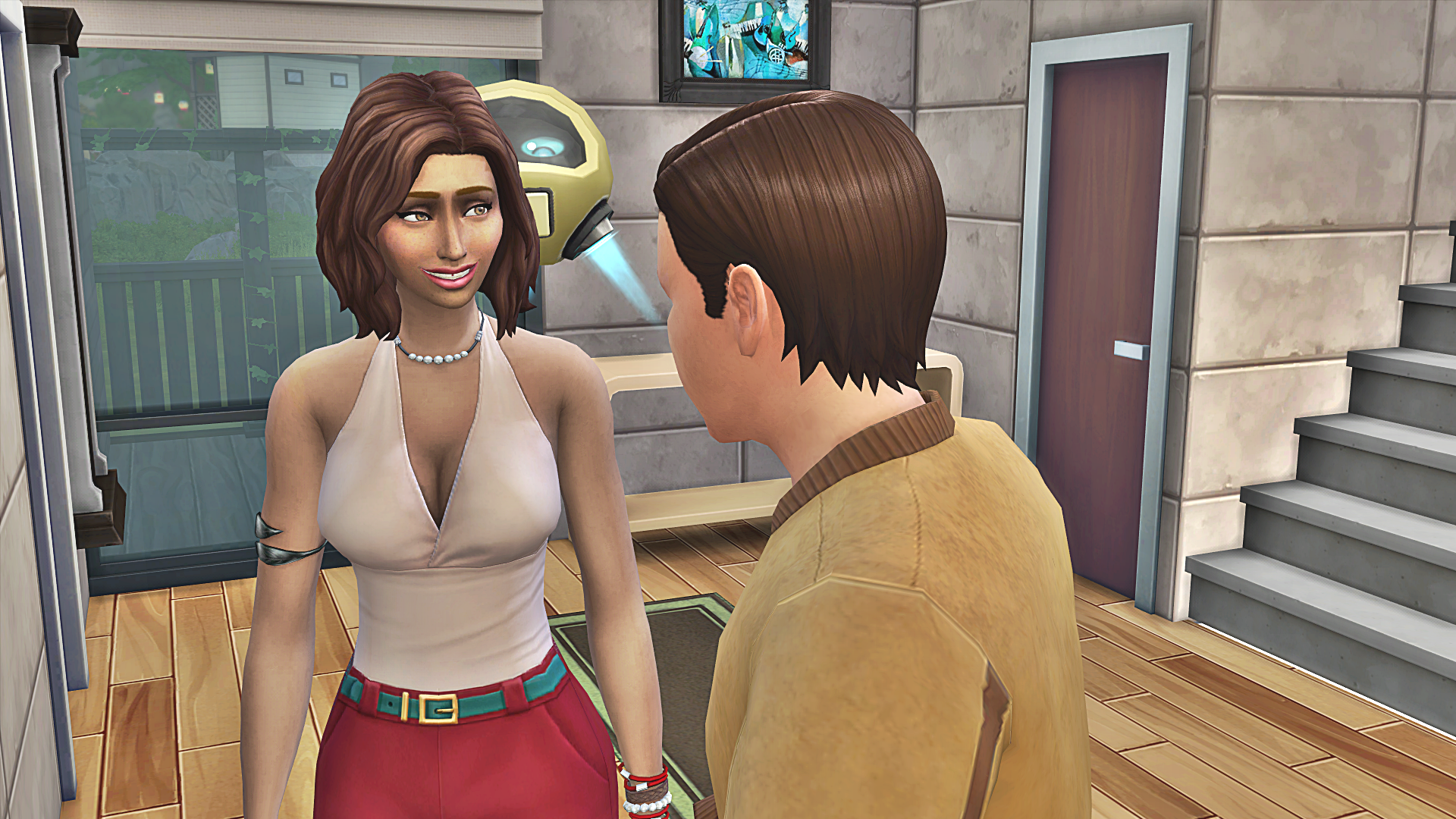 The kids got home from school and Maria not so subtly made a beeline for the doctor set, loudly discussing how she was learning everything she could about taking care of the bebé pequeño. 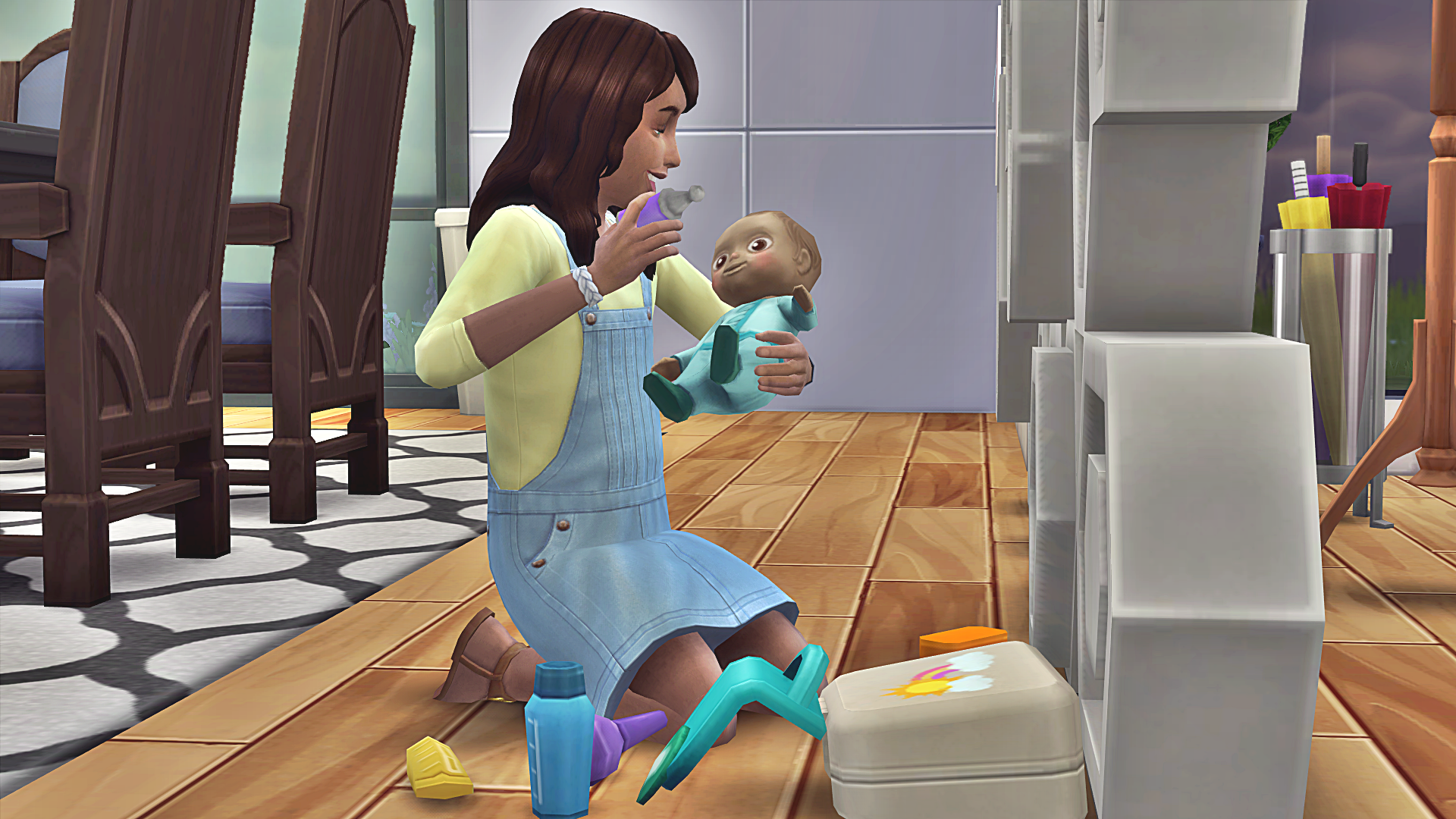 Ryan and Lupita did their best to ignore her. Ryan went to cook dinner and Lupita headed upstairs to the treadmill for a nice long run.

After dinner, the whole family got a nice distraction in the form of Sombra aging up!

Alex was happy to get big hugs! 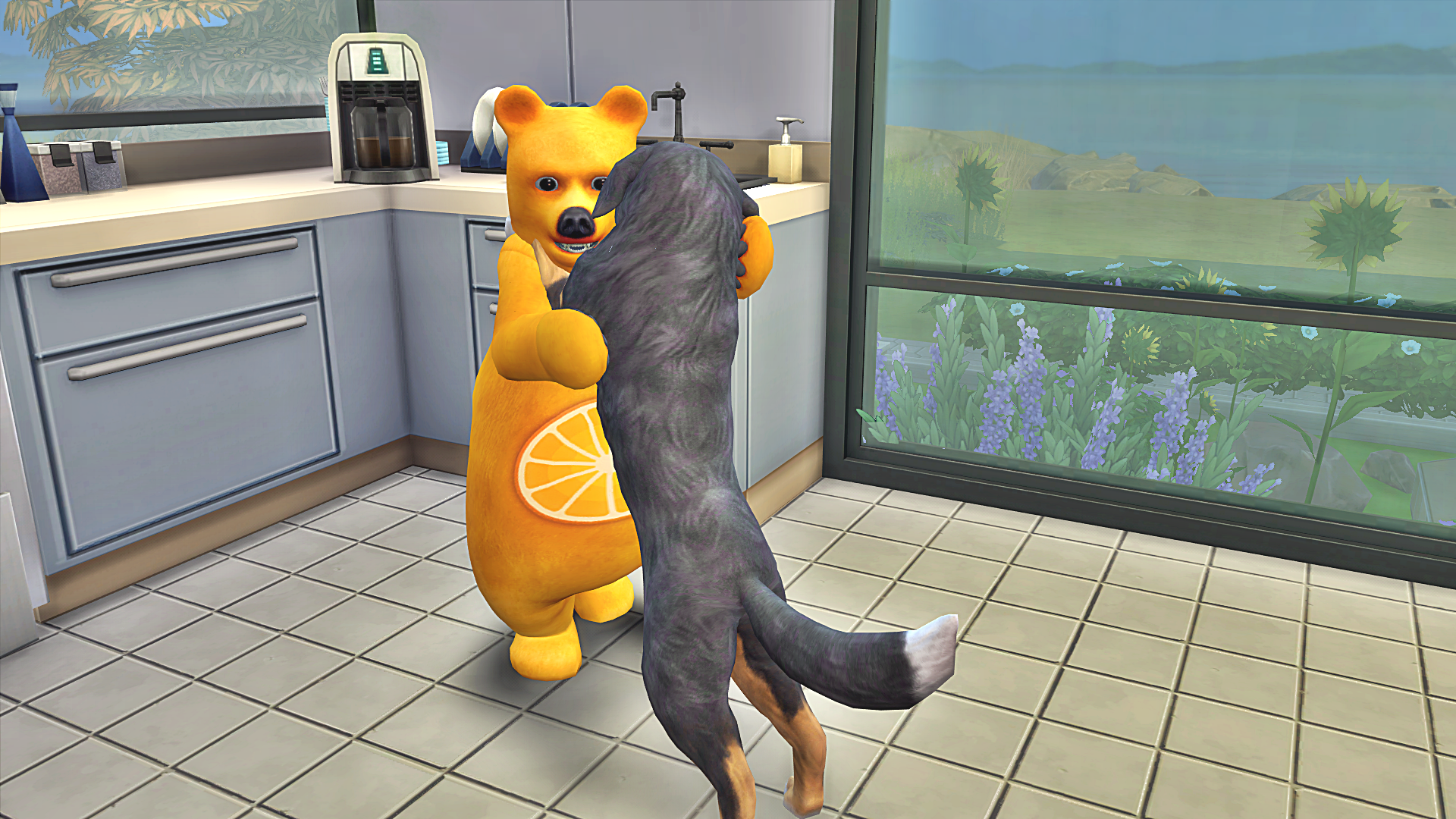 Even Ryan, under the very believable guise of getting rid of his dad bod, happily took Sombra on a jog. 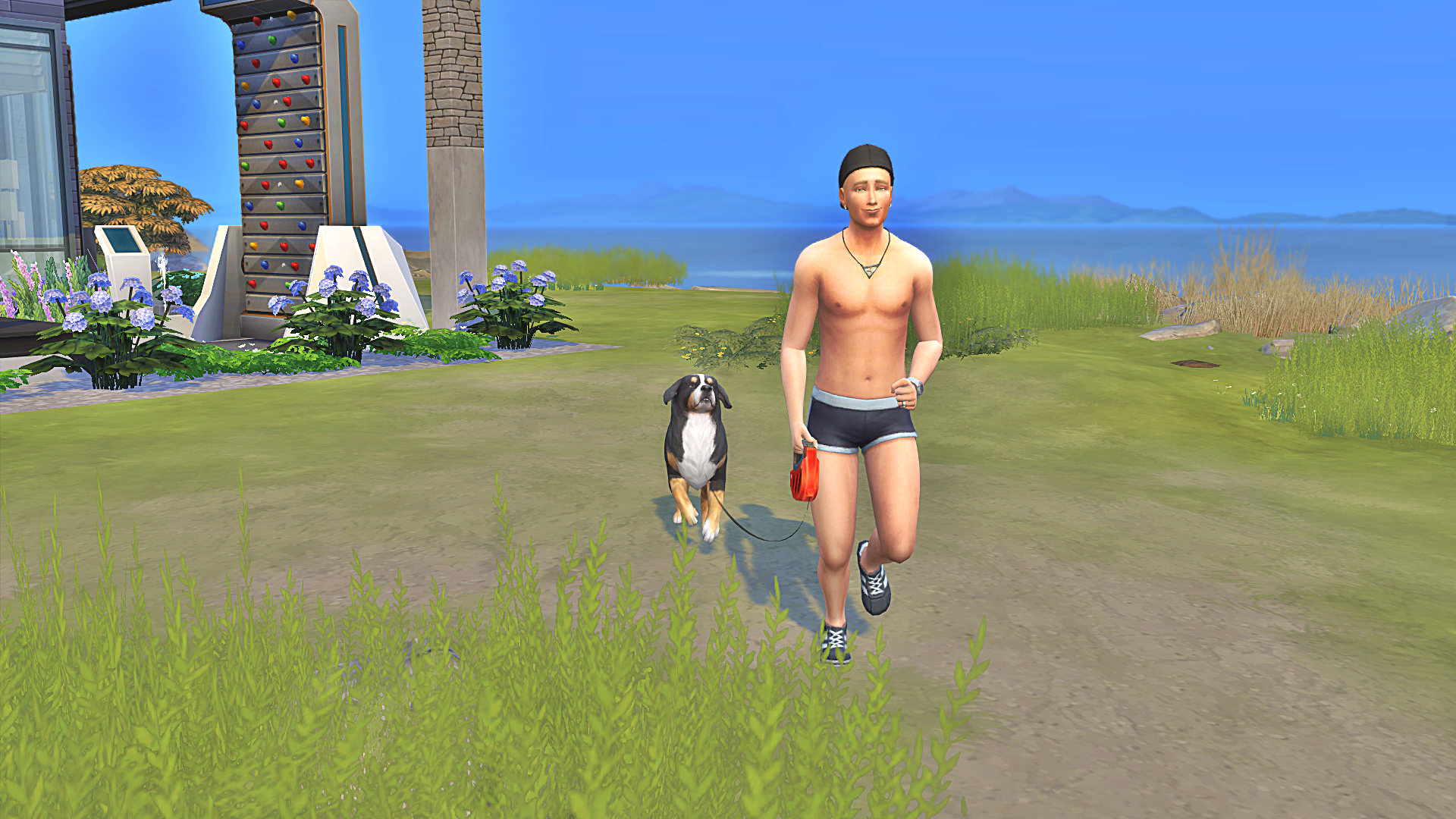 Lupita got in some couch time with him. 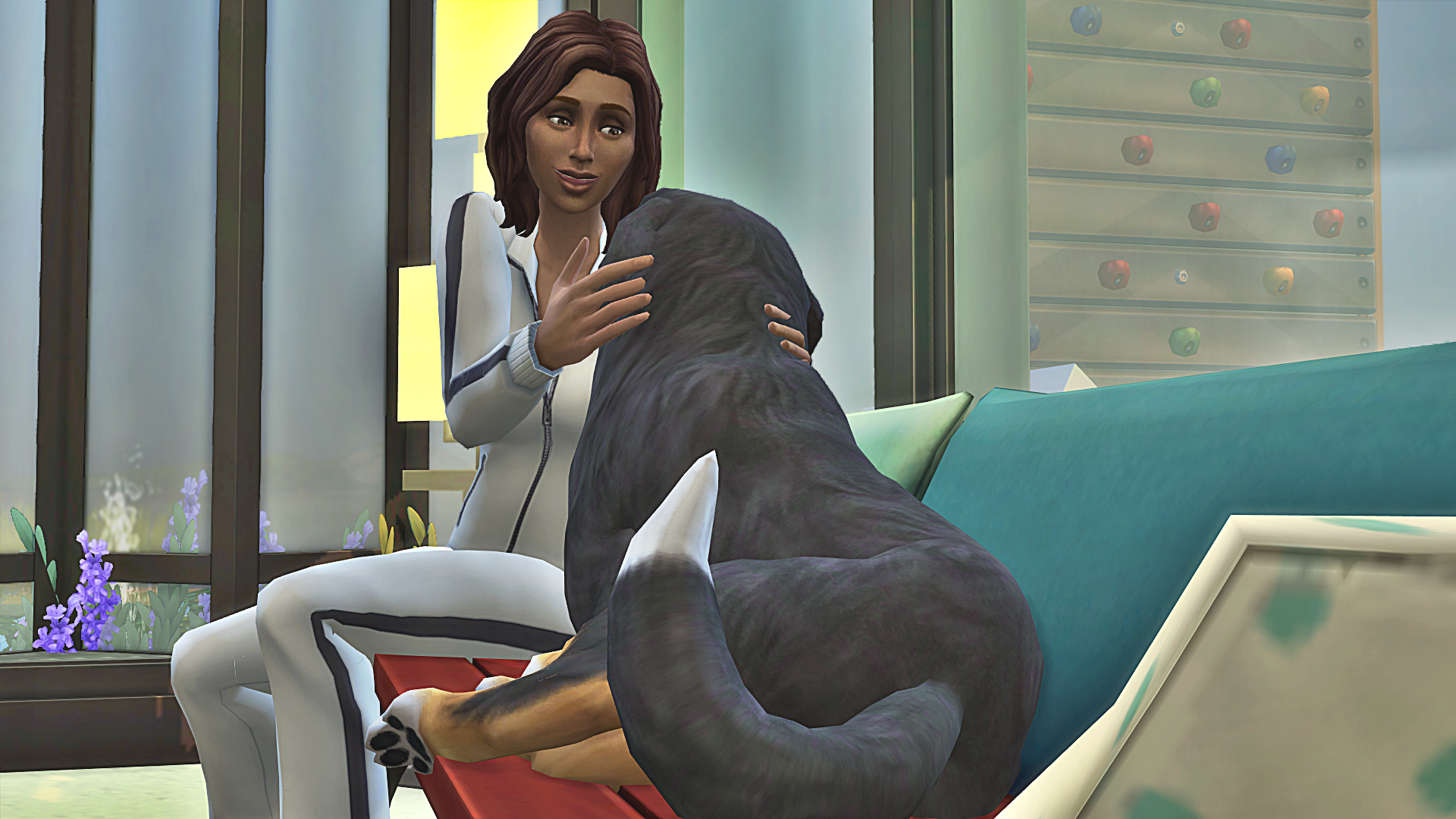 And Maria decided to train him, the better to prove she would be a responsible big sister. Sombra learned how to sit surprisingly fast. 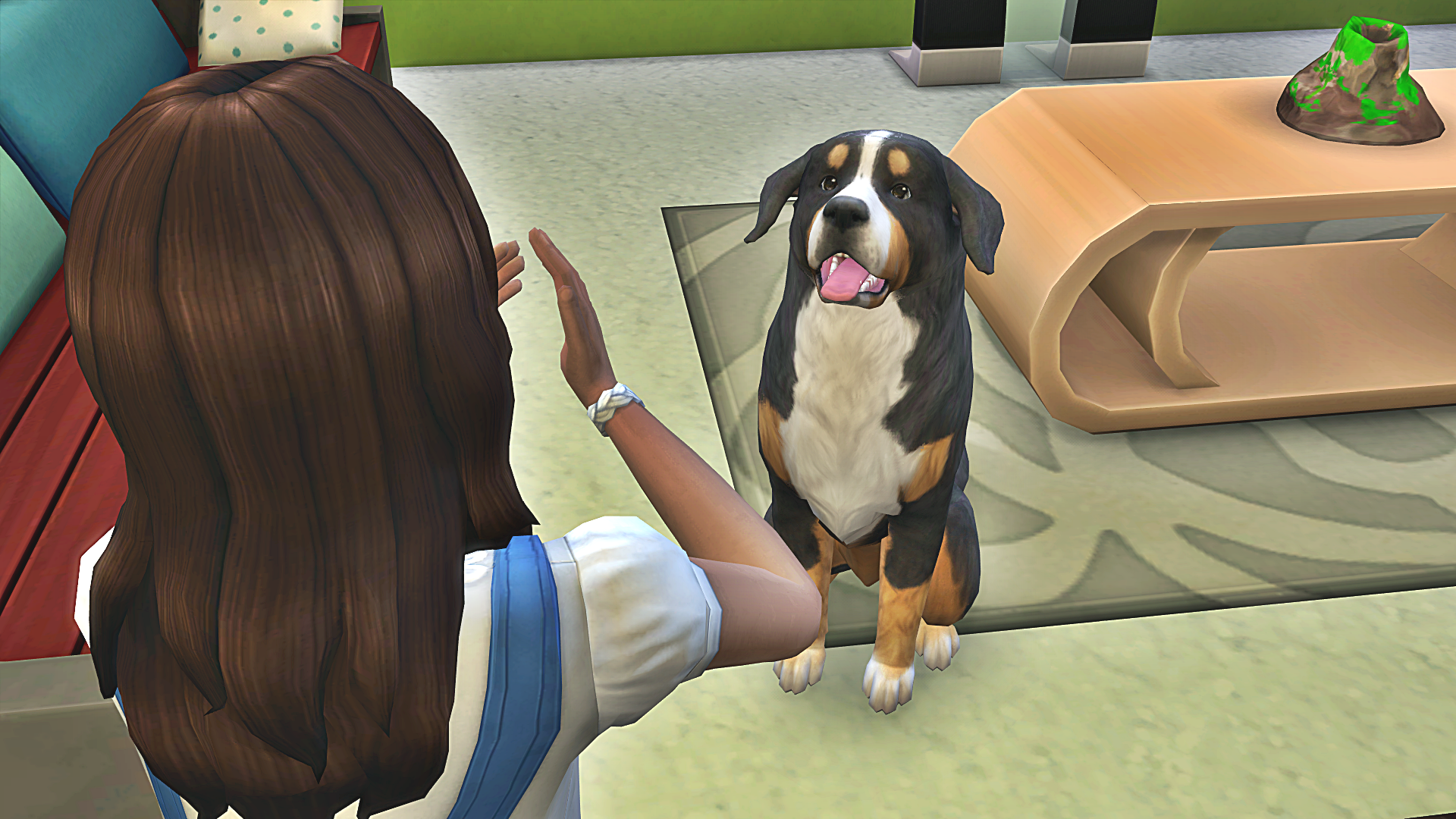 Their family was feeling (almost? maybe? hopefully?) complete, they decided to go get a portrait taken. Lupita had the bright idea that they should include the club. She sent out a few texts, and soon the entire Sims Success Club, along with their family members, were gathered at The Roadstead in Magnolia Promenade, which had recently added a photo studio in the basement. They were in a for a fun evening of snapping photos of everyone! 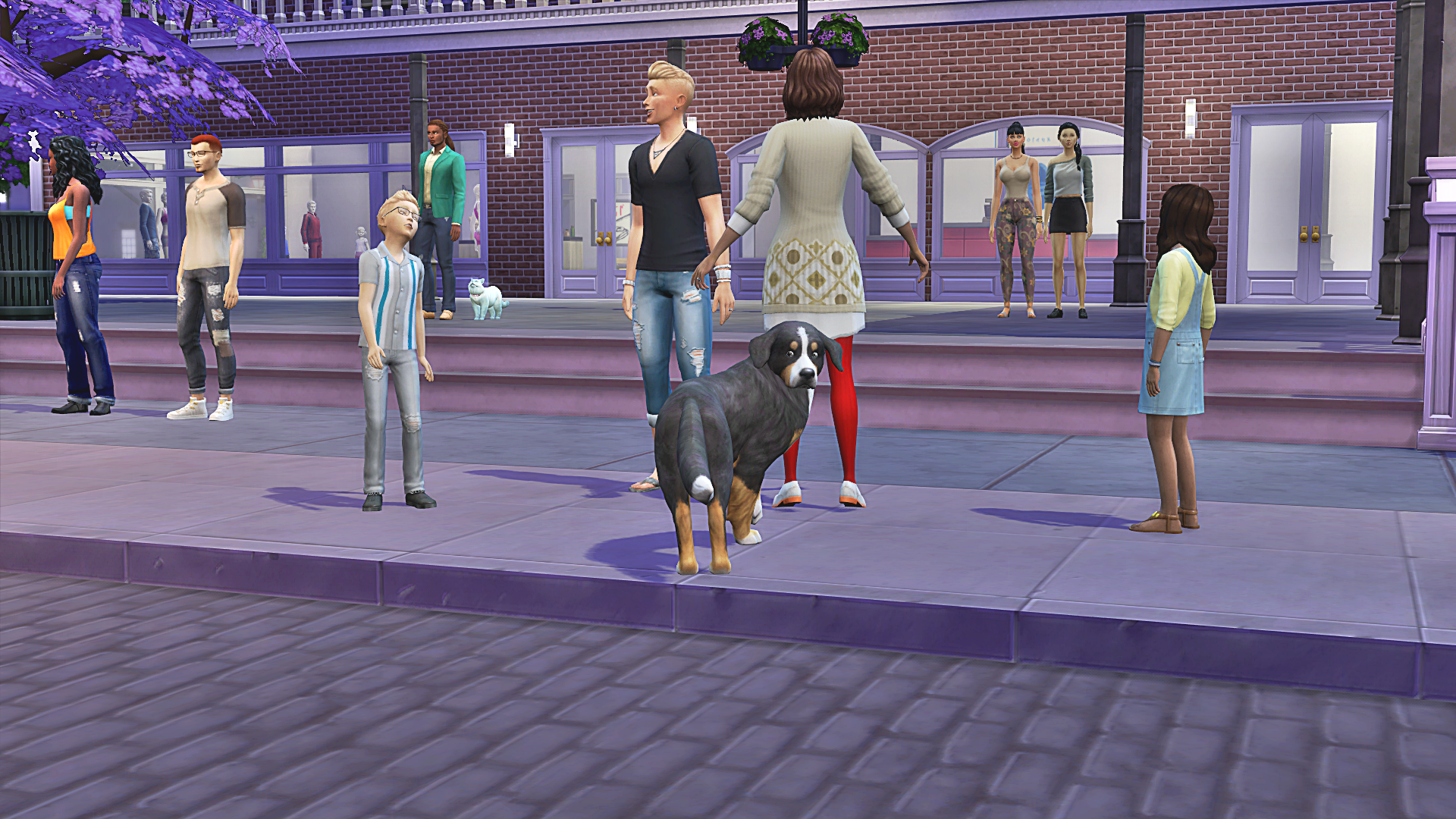 5 thoughts on “2.04: The Friedman Household Gets Bigger”