“I’m so glad you didn’t agree to a dog,” said Lupita as she kissed Ryan on the cheek. “With everything coming up for us, there’s just no way.” 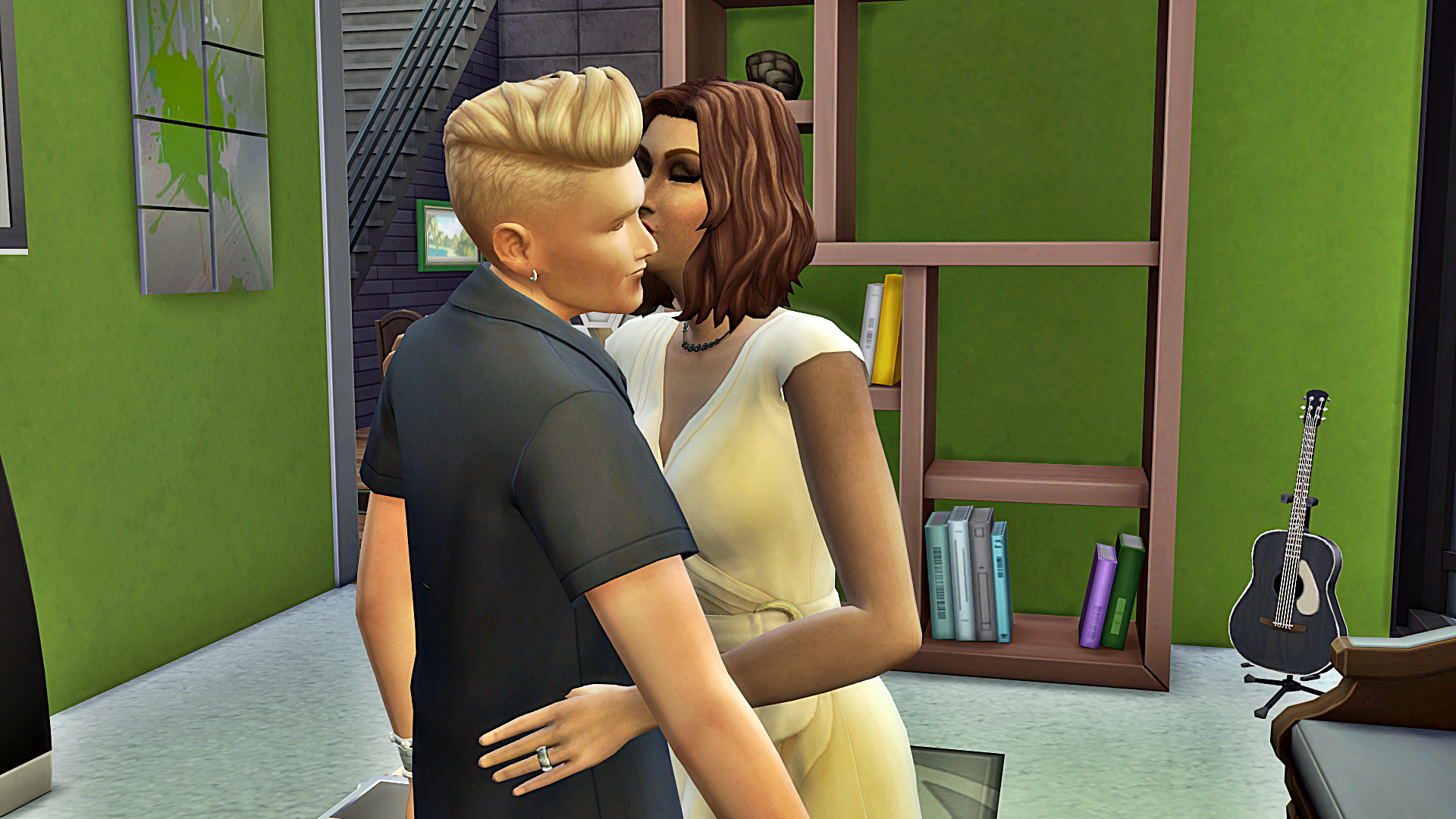 “Trust me, my love,” said Ryan, “I know. I have a big deadline coming up for that book I’m ghost writing, You have a meeting with those big wigs in your party who are itching for you to consider running in the next election. I was just talking to Alex about his desire to be a bear.”

“A bear. I’m not joking,” said Ryan.  “I was reading online how it’s a phase some Sim children go through. Apparently we’re supposed to be supportive and buy him a bear suit.”

The next morning was a day off for the family, so they did what they usually do: each doing their own thing, but in the same space so they could be together. Ryan was working on the book he was ghost writing. Lupita was eating leftover fruit salad. Alex was practicing chess, and Maria was still campaigning for a dog. 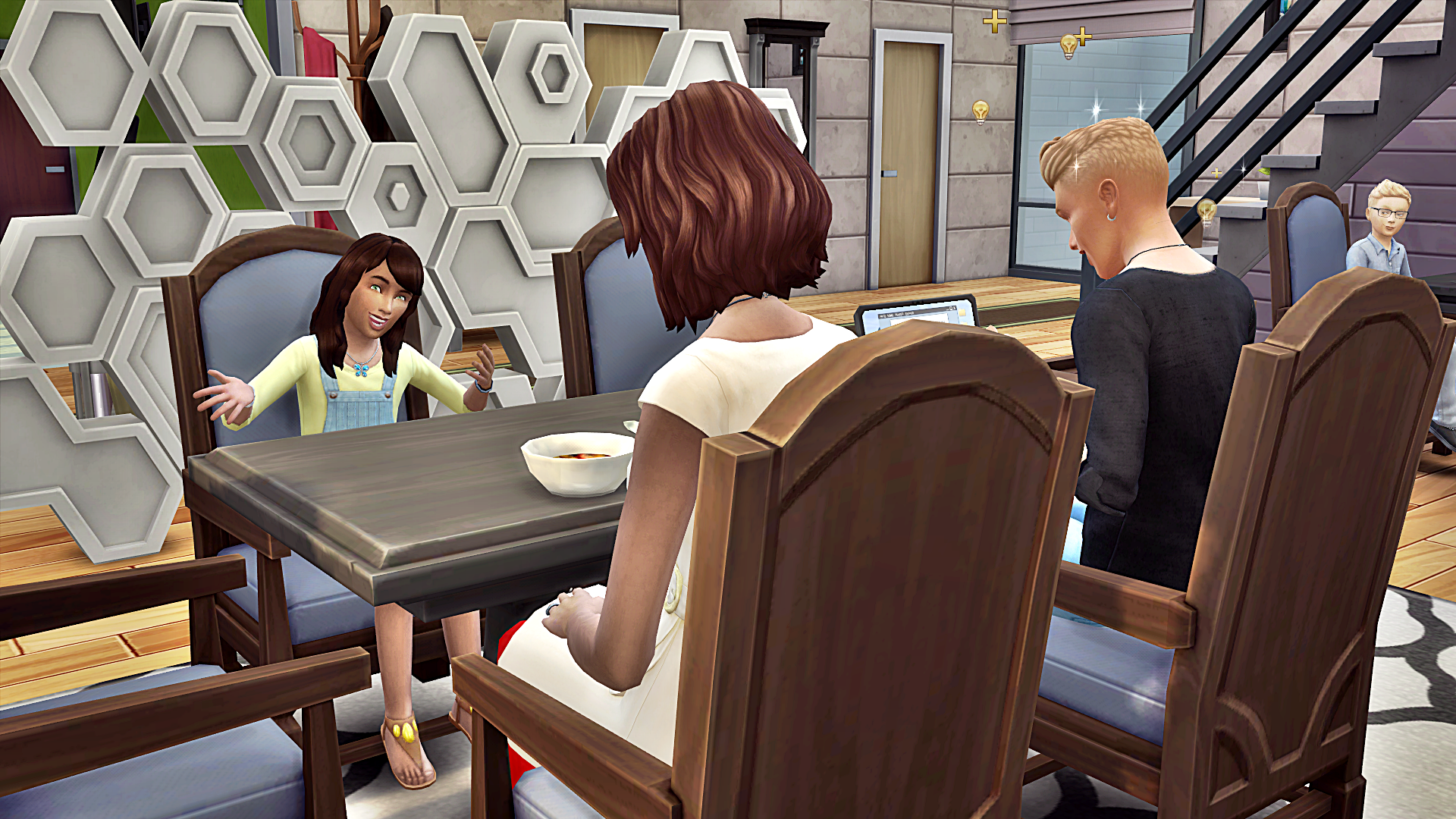 After Ryan finished working on his book, he decided it was time for the kids to get their homework done. He really enjoyed these parenting moments. Helping his children with their homework made them more focused and really boosted his confidence. And if he stood behind them while helping, he didn’t have to see Maria rolling her eyes–again–at his enthusiasm. 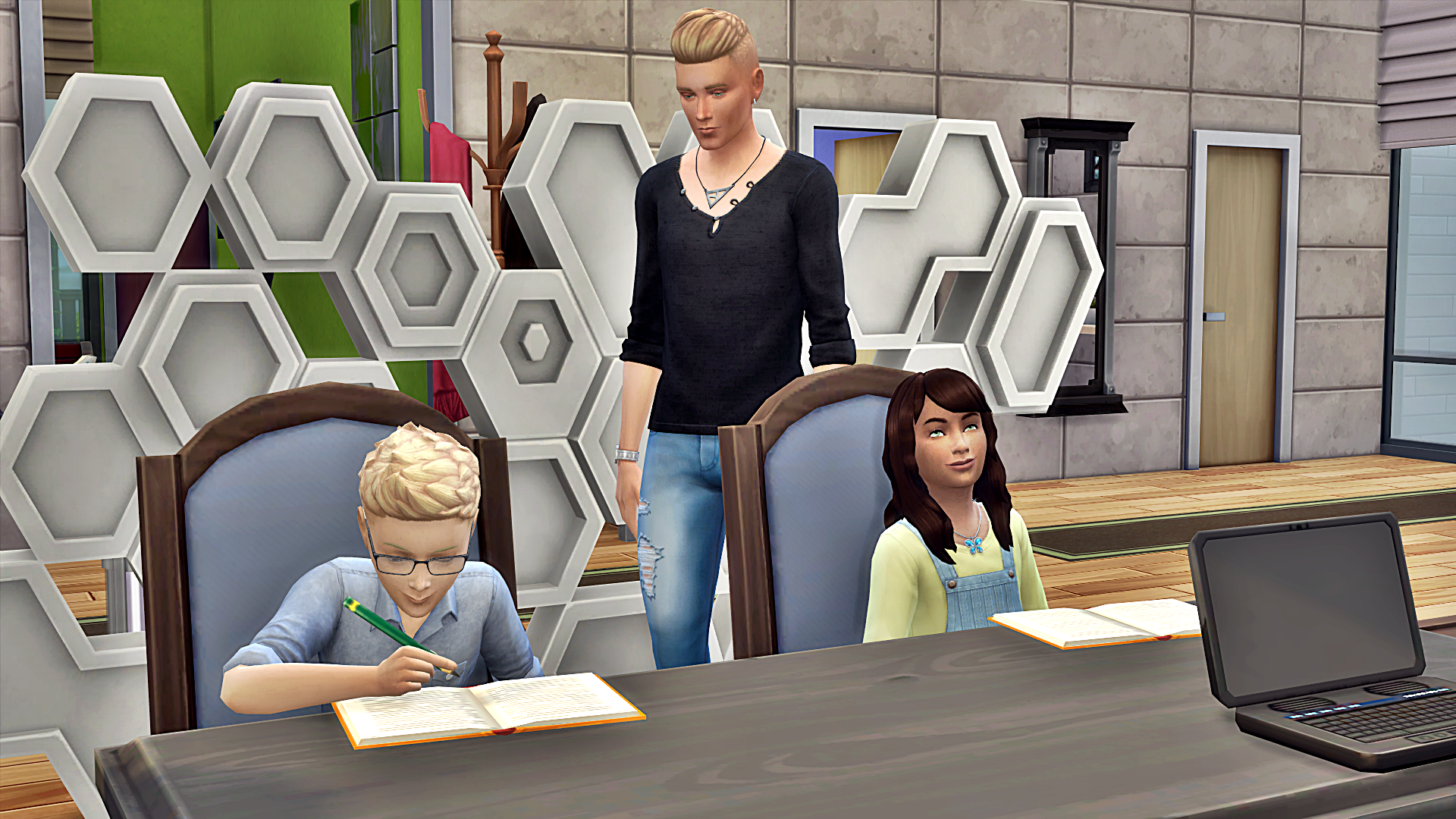 After the homework was done, Maria had some free time to herself while Ryan took Alex to the store. 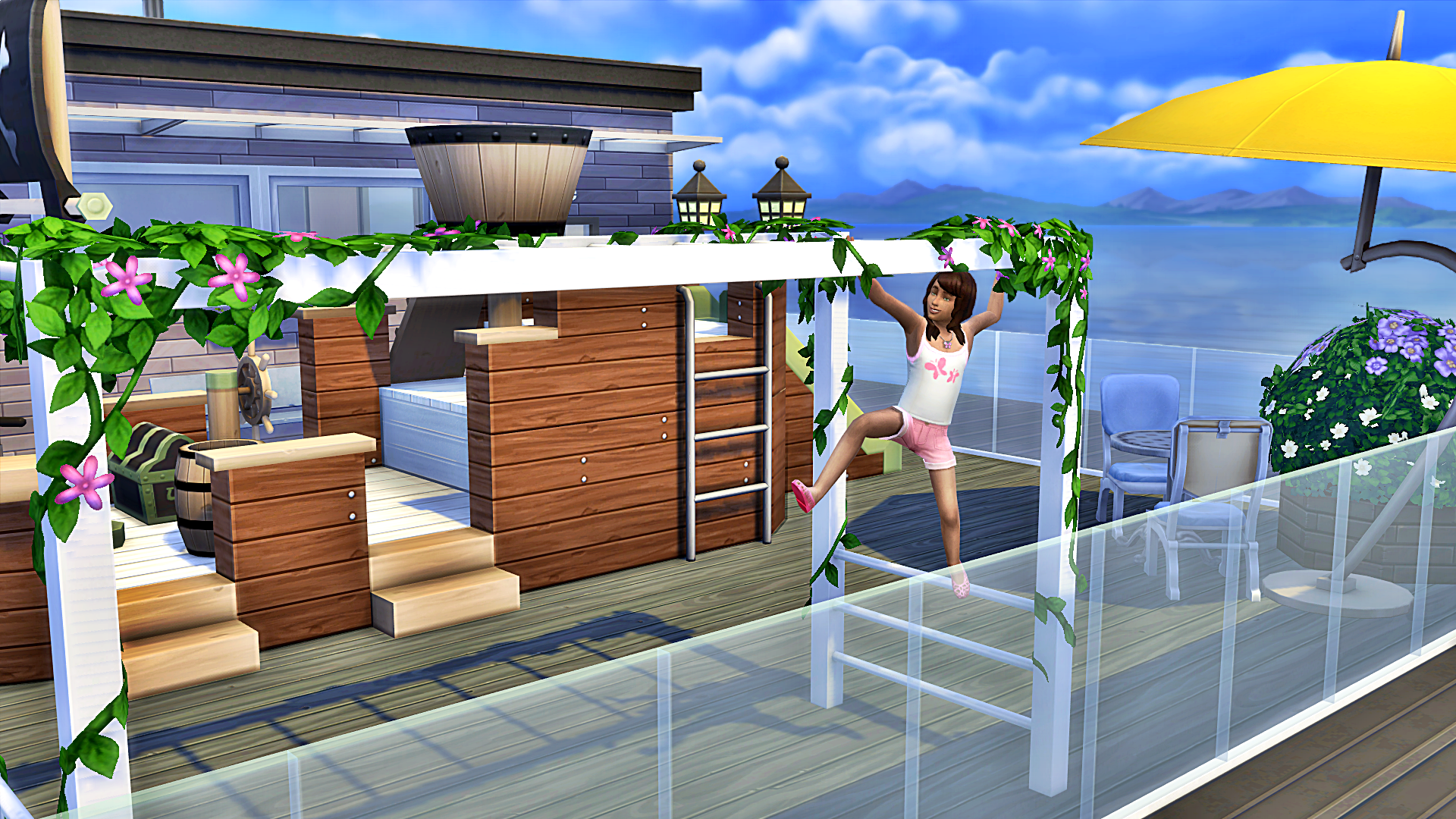 When they returned, Lupita was helping Maria with her school project, and they were delighted for the boys to join in and help. Maria looked at her mother, trying to silently ask her if she was supposed to pretend it was normal that her big brother was now dressed so weirdly. Lupita didn’t notice Maria’s pleading look though because she was too busy having a silent eyes-only conversation with Ryan, seeking reassurance that this was a good thing that Alex was dressed so differently. 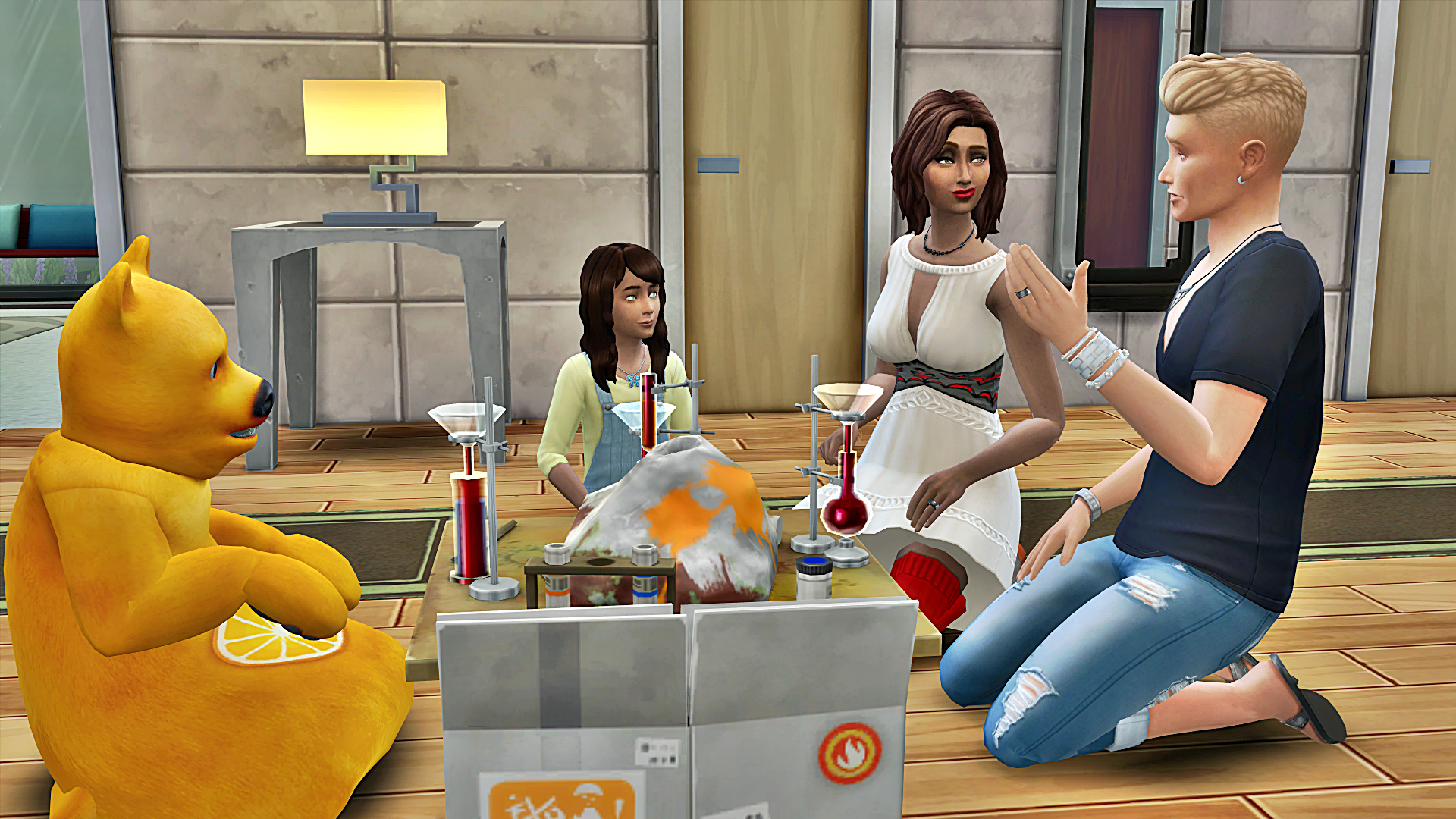 Ryan just soldiered on, hoping the two ladies would adjust. The Friedman family home was a place where you could be yourself, even if that self was an orange-flavored bear.

After they finished helping Maria with her project, Lupita went for a run. While she ran, she thought about the club she and Ryan had just joined. They weren’t the only couple in the club. There was also Juniper, who had made it pretty clear that her membership in the club was going to affect her relationship. Lupita decided to try and kill two birds with one stone that evening. 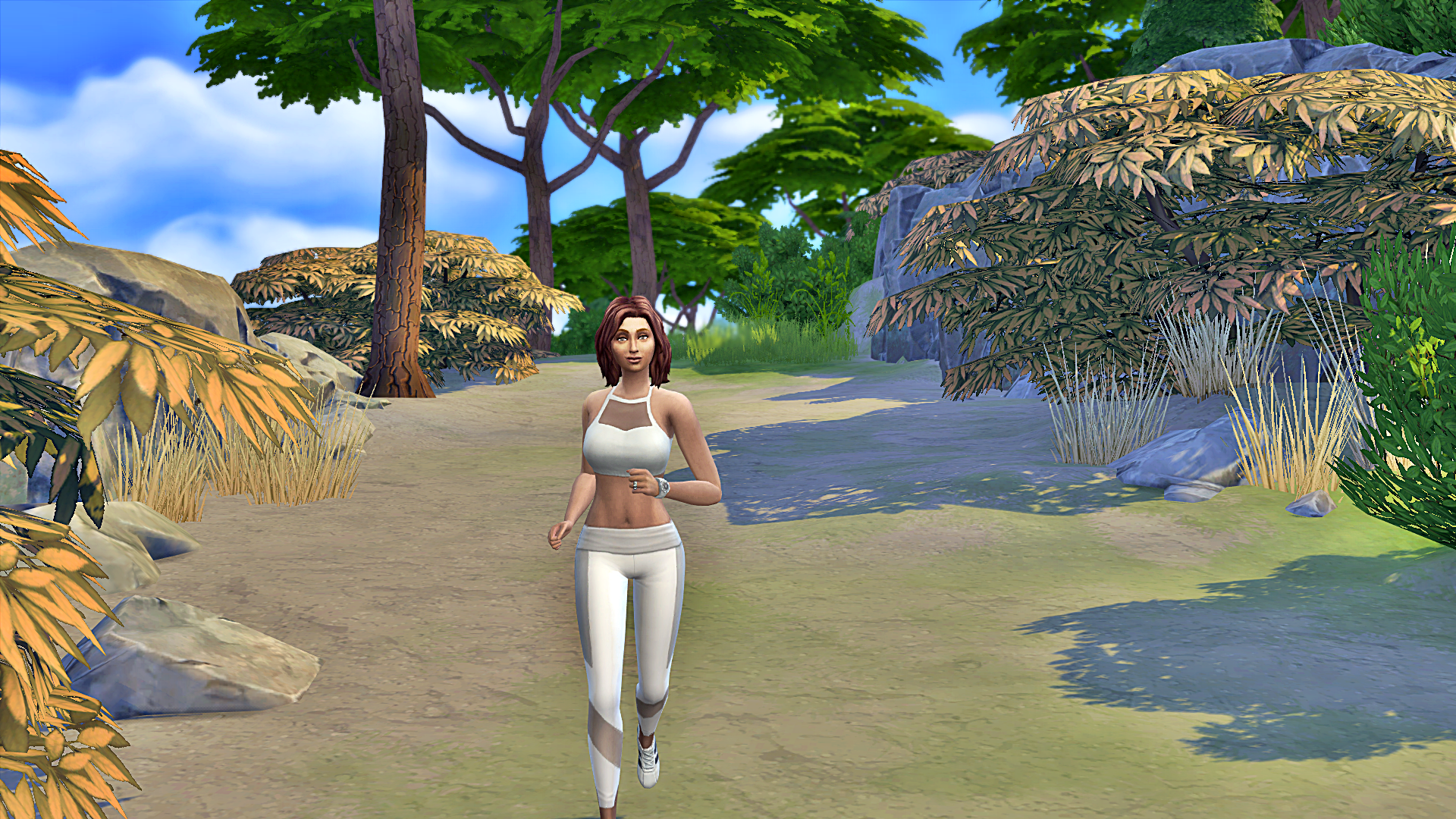 She called up Juniper and invited her and Maggie out to the city’s Arts Center.

“See? I told you my new friends were very nice,” said Juniper.

“We really are,” said Lupita. “You’ll meet my husband Ryan soon, he’s home with the kids tonight, so it’ll be just us girls if that’s okay?”

“I’m always fine with it being just girls,” said Maggie with a laugh. 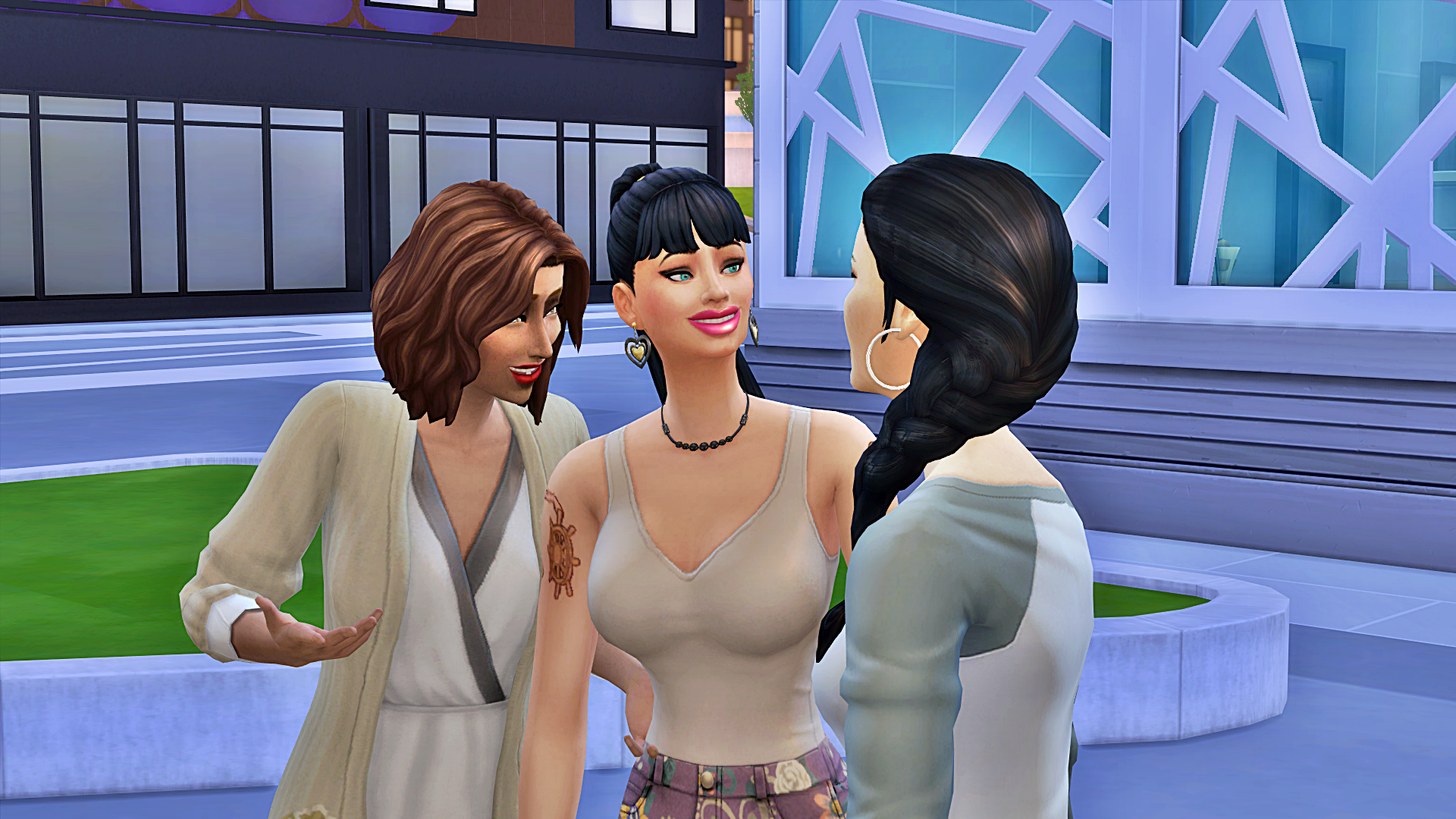 As they planned, Juniper excused herself to use the restroom while Lupita and Maggie talked.

“I really am very pleased to meet you,” said Lupita. “Juniper has told us so much about you, but I felt like I already knew you.” 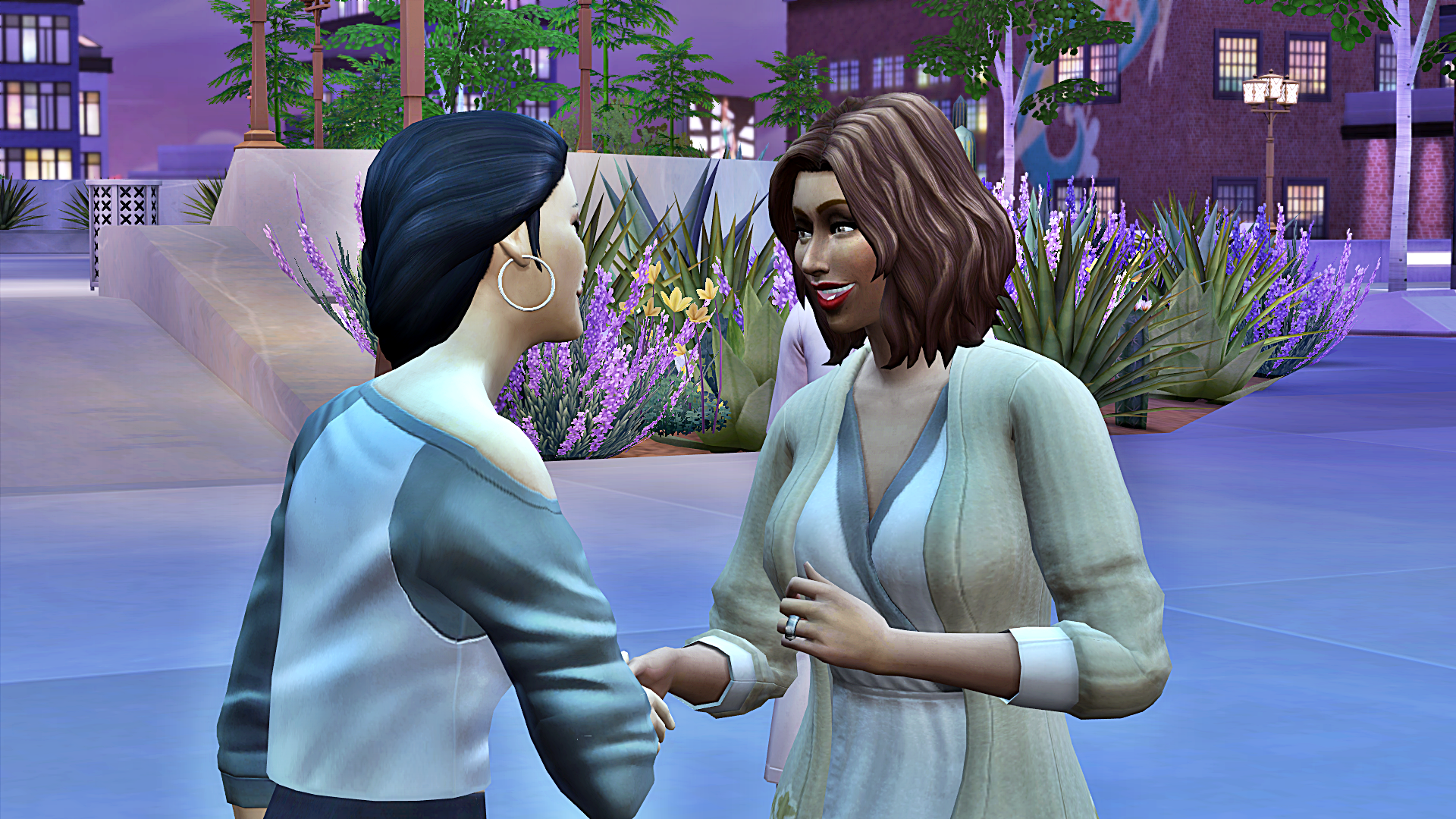 “Really? That’s… interesting,” said Maggie, wondering where Lupita was going with this.

“It’s your paintings,” said Lupita. “Some really important people in the art world have noticed you, and it will just be a matter of time before your work is hanging here in this gallery.”

Lupita’s hard sell seemed to win Maggie over. She was flattered and decided she liked Lupita. “It’s not just paintings I do, you know. I also really love street art?”

“You do? What a coincidence,” said Lupita, pretending to be surprised.  “I have a protest scheduled tonight for my political cause, any chance you would agree to help me paint a political mural beforehand? We can even rope Juniper in. I’m sure she’d love to help with my protest and your art.”

“I love that idea! And I see the perfect spot over there near the food stalls,” said Maggie.

The three women got to work on Lupita’s protest mural. They talked and laughed and got to know each other while they worked. 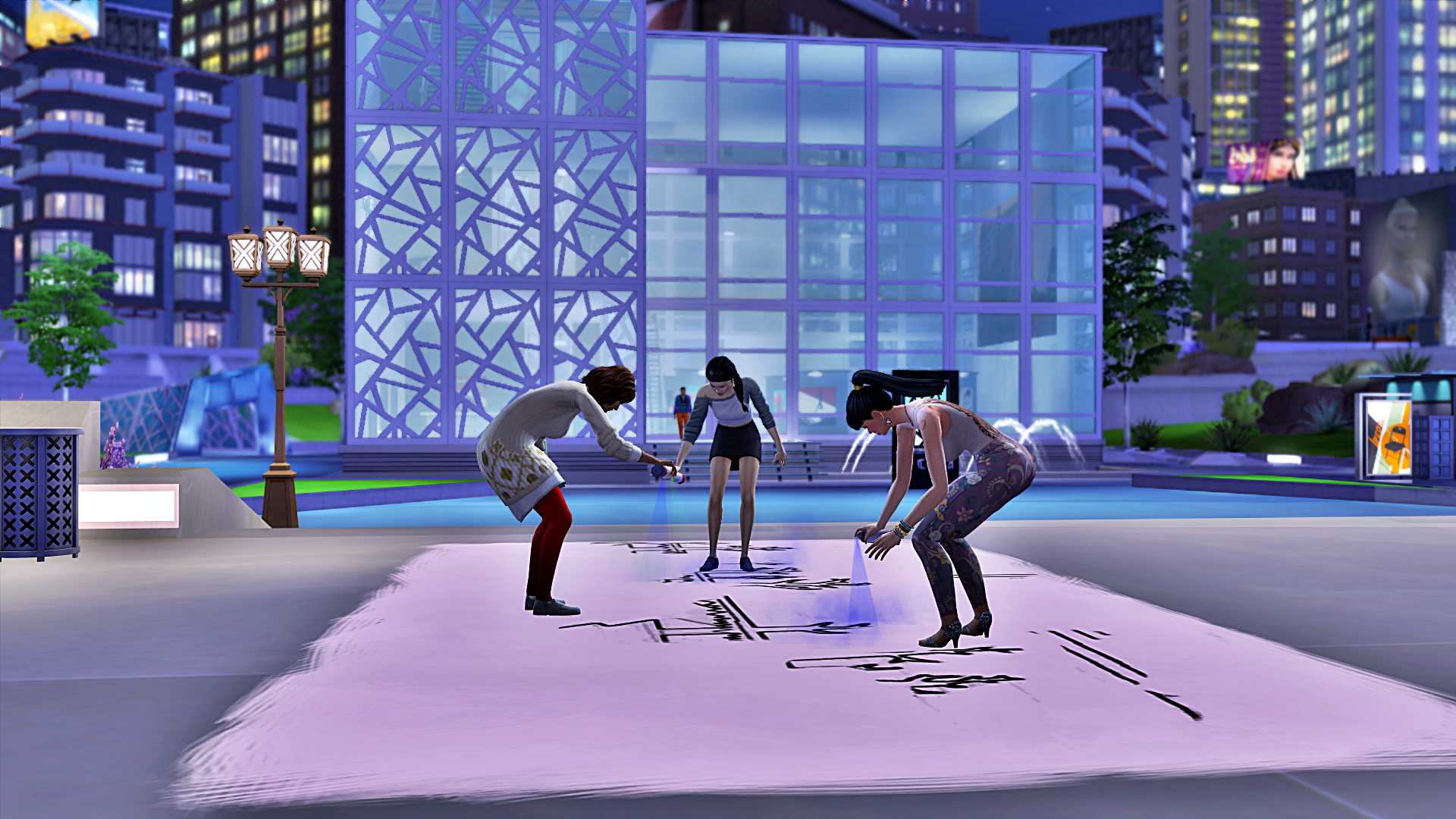 Soon they were done, and Lupita was ready to start the night’s protest. As she was ramping up her chants, Maggie looked at Juniper and smiled. “I know this night wasn’t as spontaneous as it felt,” she said, “but I appreciate you trying to make me feel included with your new friends. Lupita is a lot of fun.” 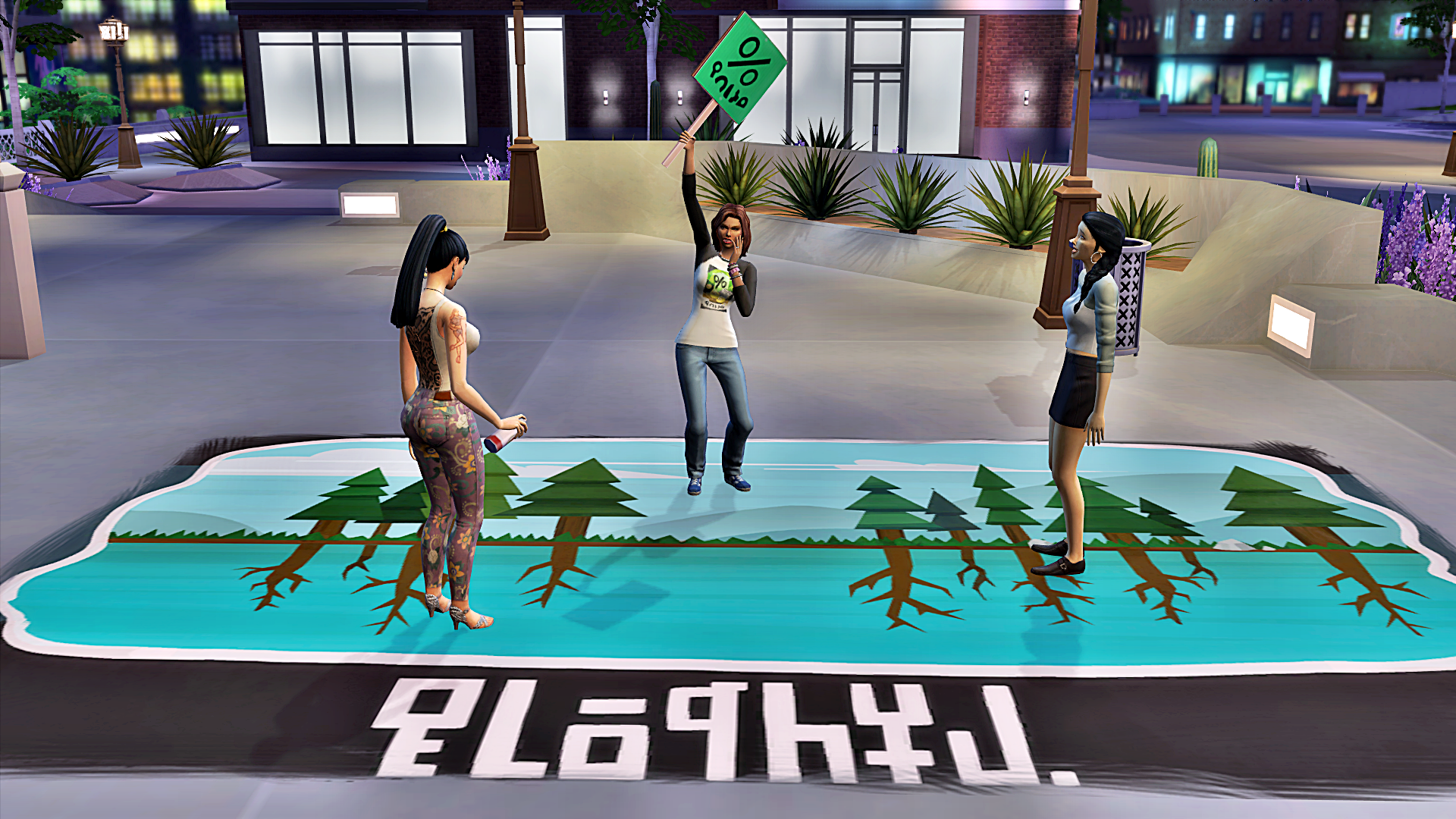 “I don’t know what you’re talking about babe,” said Juniper coyly. “But I want you to know I’ll happily include you whenever I can. You’re my whole world, honey. So, we can join this protest or we can head home to bed, which would you prefer?”

“I think we’ve done our civic duty with this mural,” said Maggie, “let’s get to bed.”