Dr. Elijah Cross was in San Myshuno, and having met Lupita Friedman, he was happy because he finally figured out what criteria he wanted for his club. 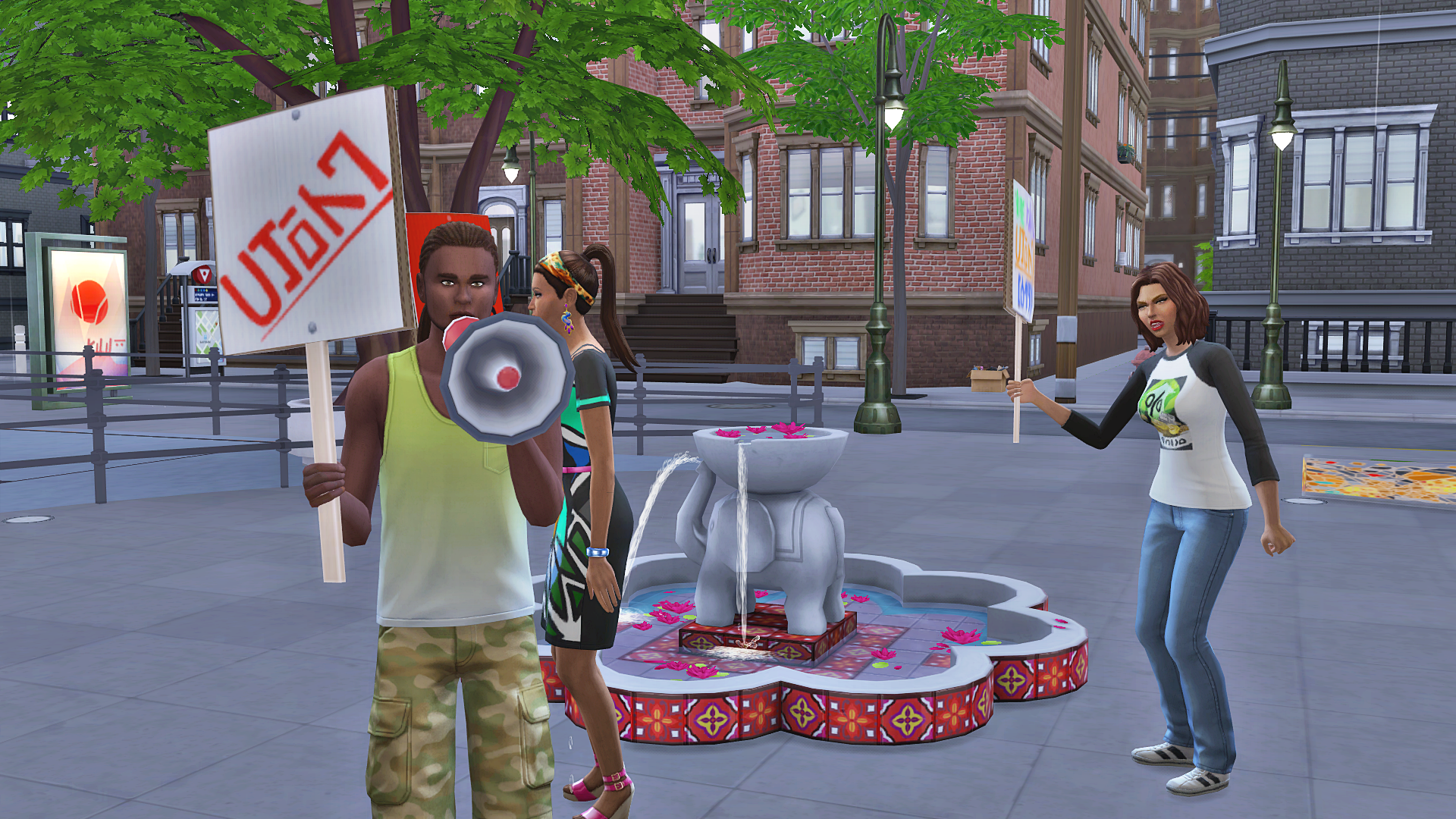 The Friedman family were settling (but not settled down!) into life on Windenburg Island. 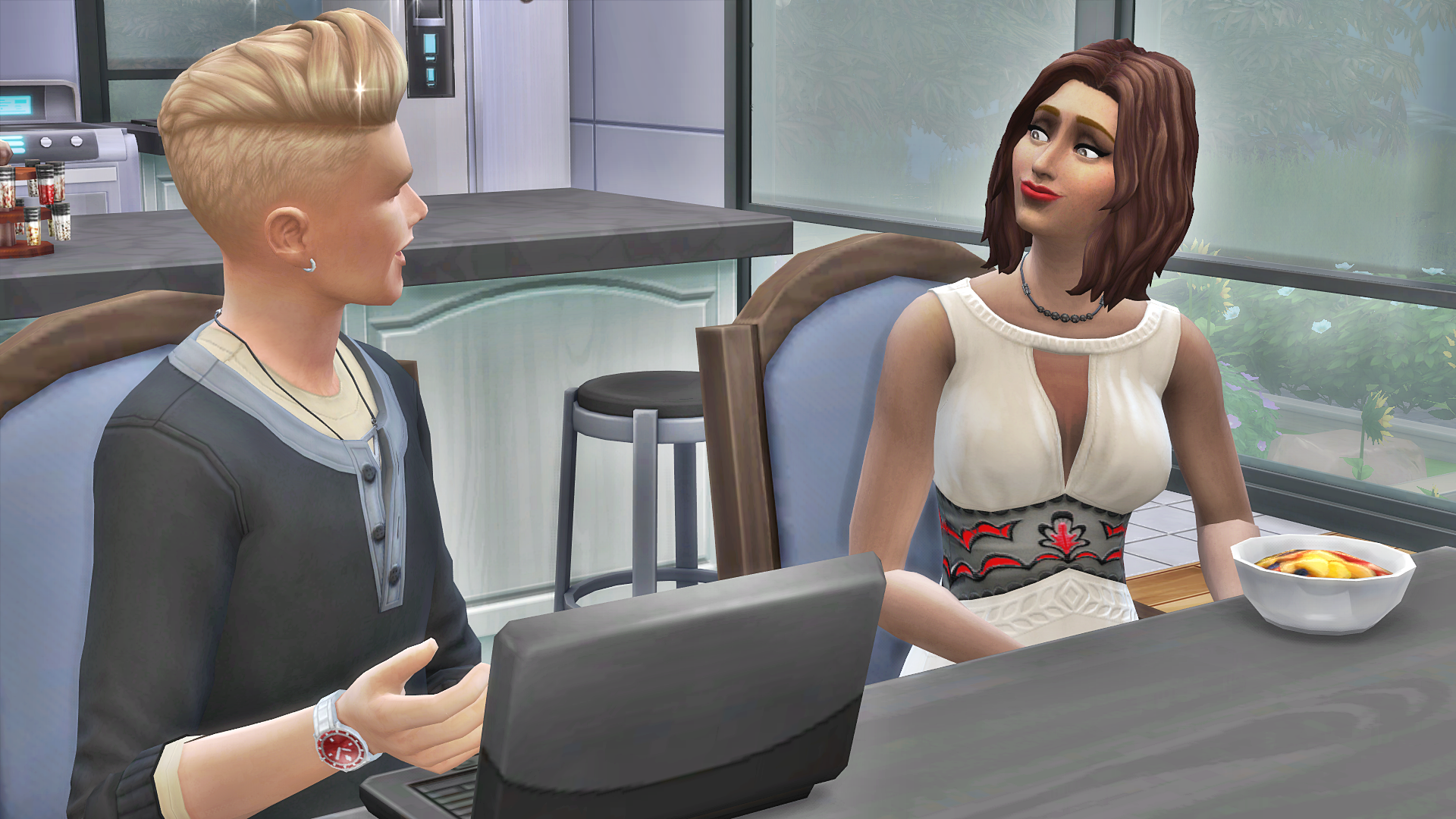 Juniper & Maggie were acting and painting their hearts out in Del Sol Valley, making all the right friends. 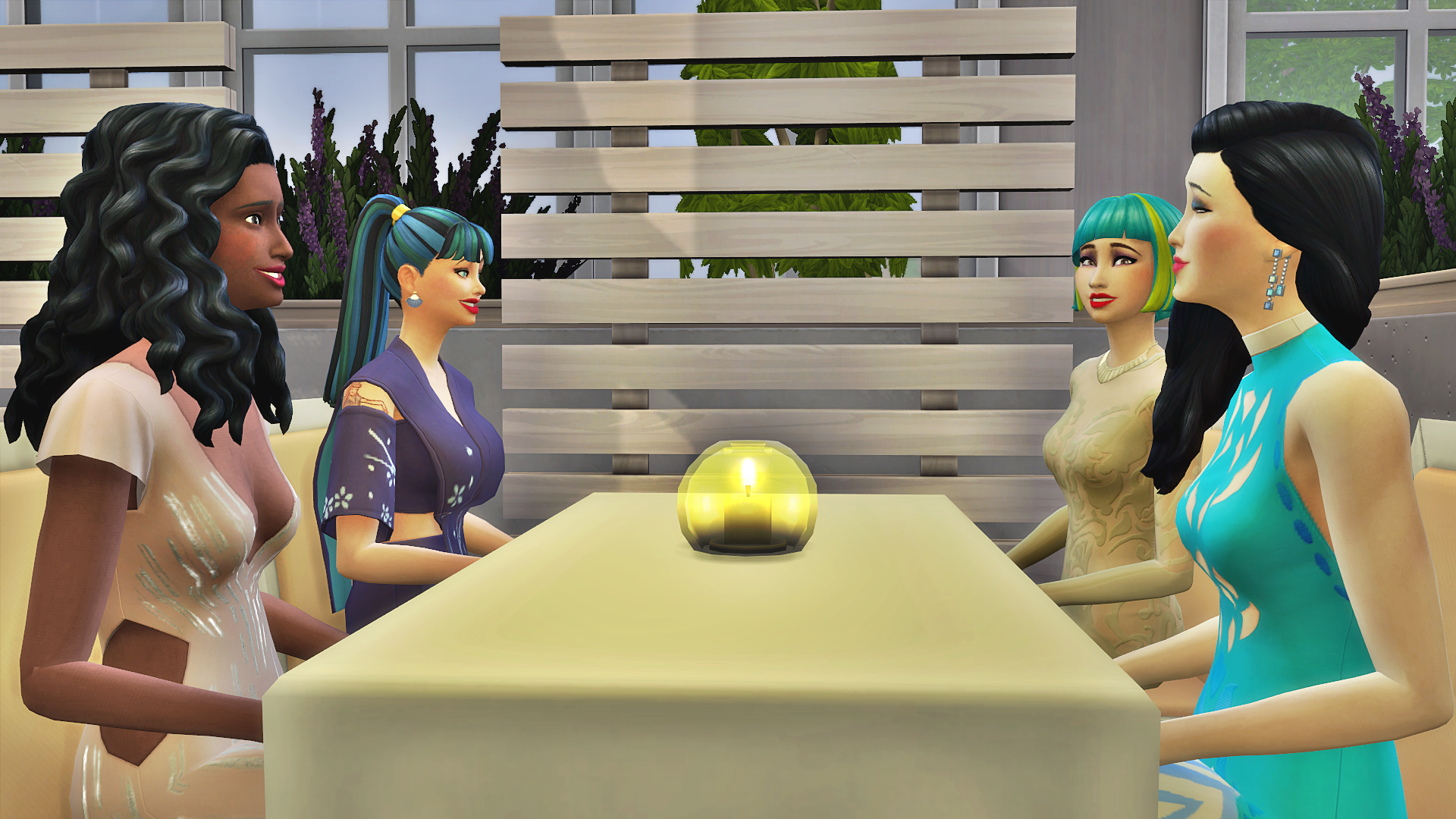 And now we come to the last household in the rotation, in sunny Oasis Springs. Aniyah Jacobs and Devan Walter were really close friends. They’d been close since they were very small Sims. 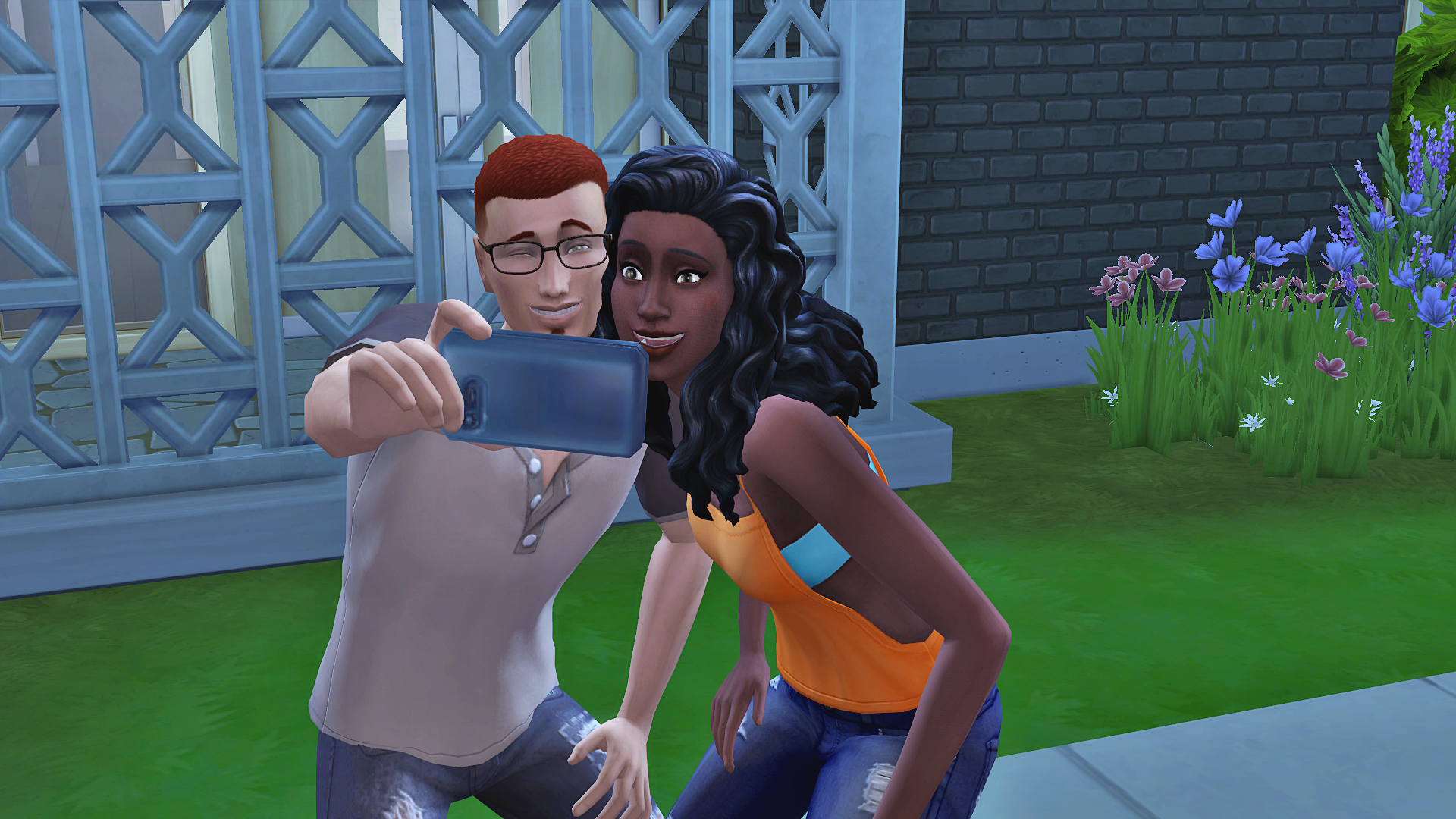 They were finally following a dream they’d had for as long as they could remember. They had just moved to Oasis Springs into a tiny house they could barely afford. But it was the perfect launching point to become world-renowned chefs. They agreed to share one bedroom and turn the other into a studio where they could record and upload cooking videos… once they could afford it. For now, everything was builder grade, and that would have to do.

Like any good chefs, the first thing they did was test out their new kitchen. 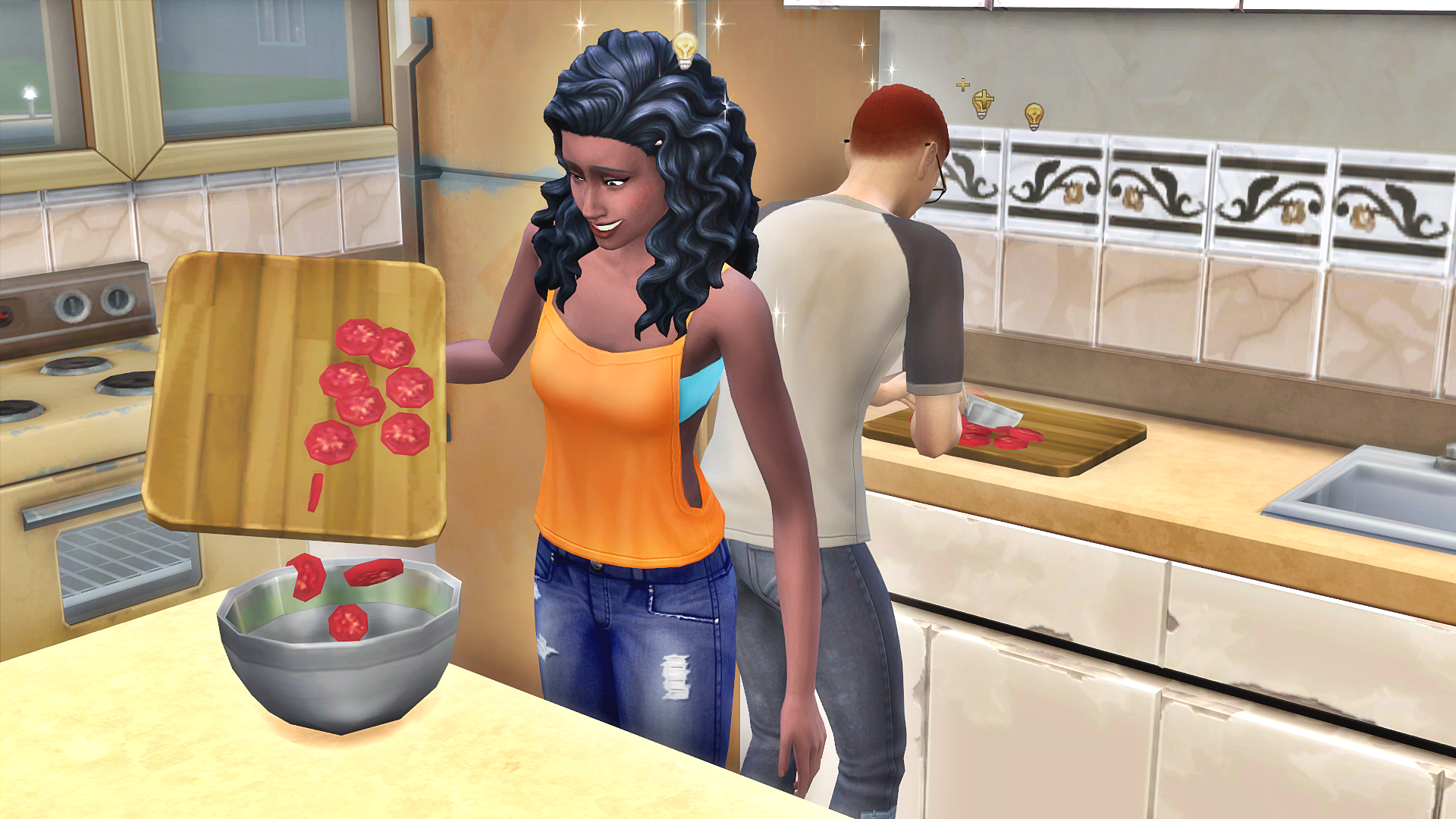 They each made themselves a salad then sat down to eat. “Were you also scared to use the stove?” asked Aniyah. 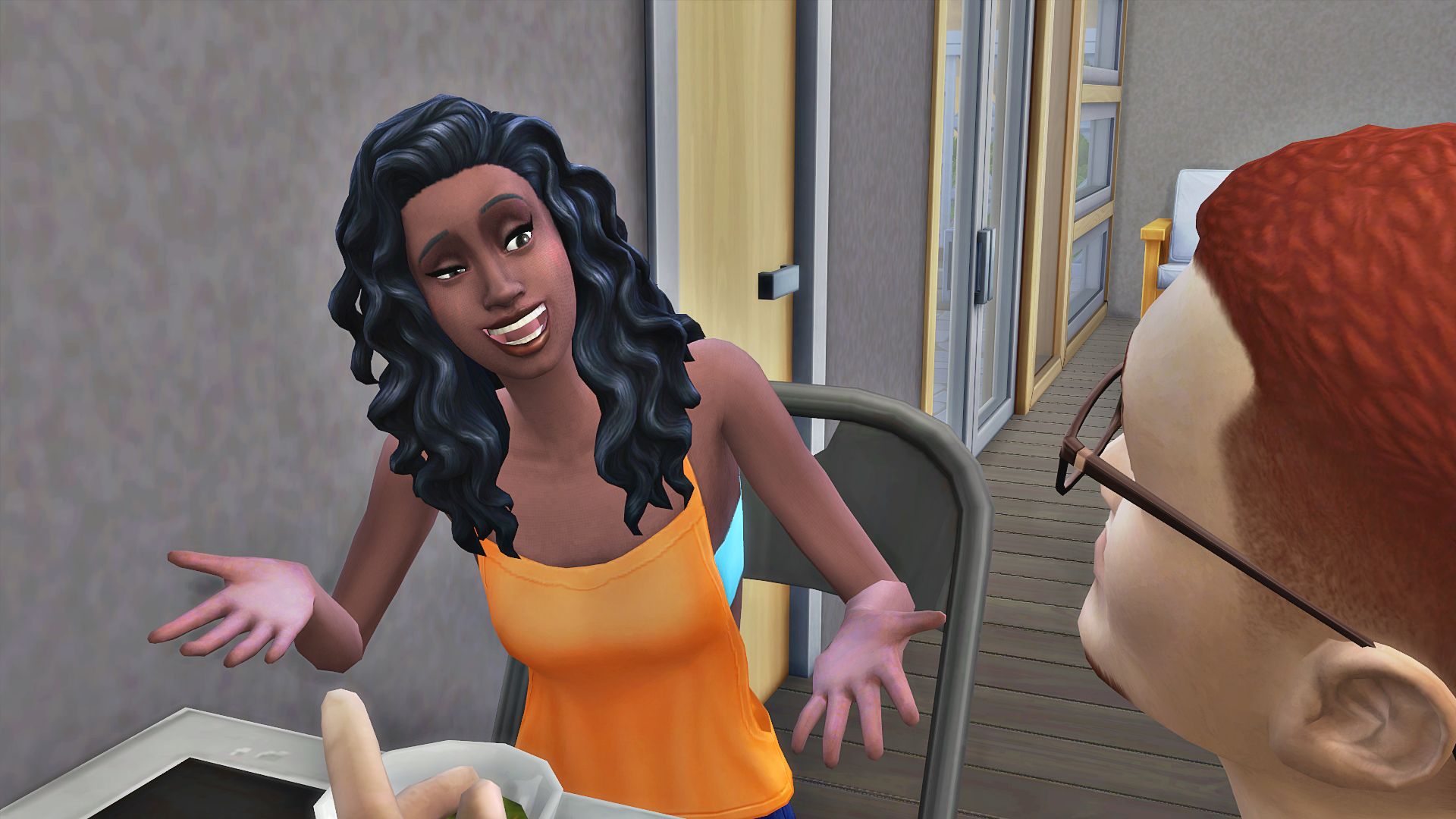 “Hell yes, I was scared,” said Devan. “Do you remember the great dorm fire of freshman year! I vowed I’d never touch another suspicious looking stove after that! 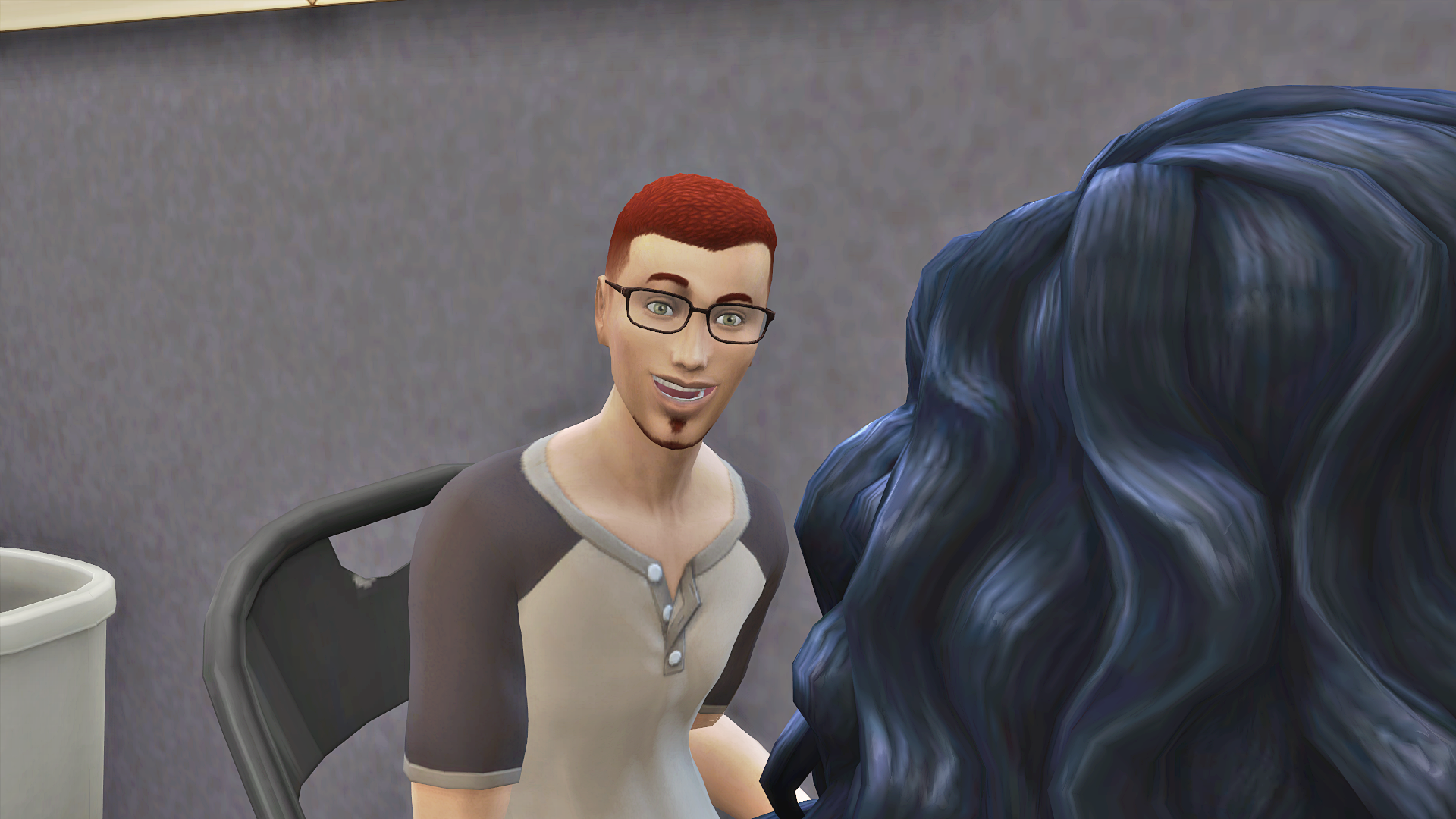 Aniyah laughed at the memory. “True, that was crazy. But we hardly knew what we were doing then. Now we have jobs in the culinary career. If that doesn’t give a confidence boost, I don’t know what will. Come on Walter, you with me? We’re not going to let a cheap old stove get the better of us, are we?” 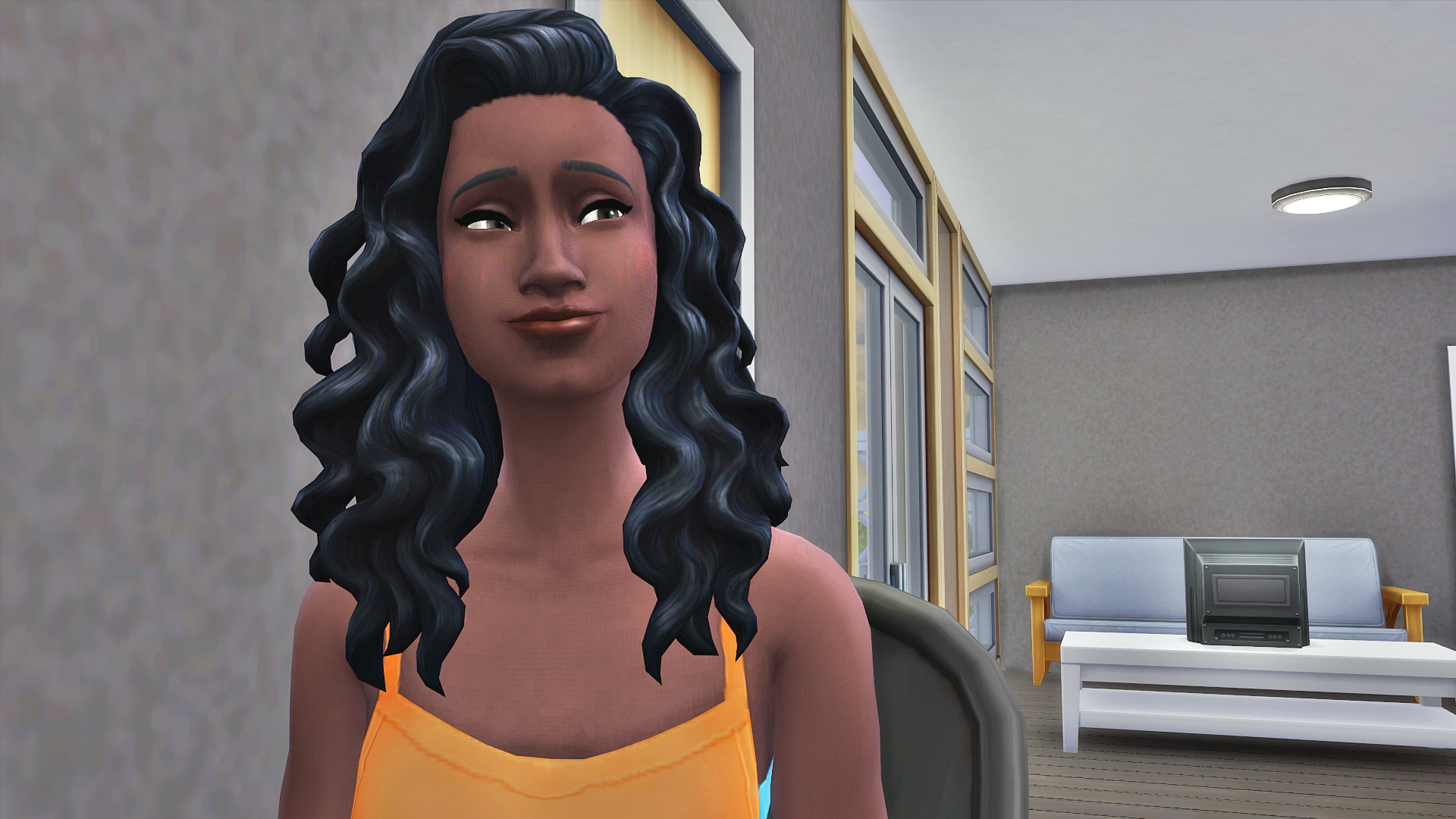 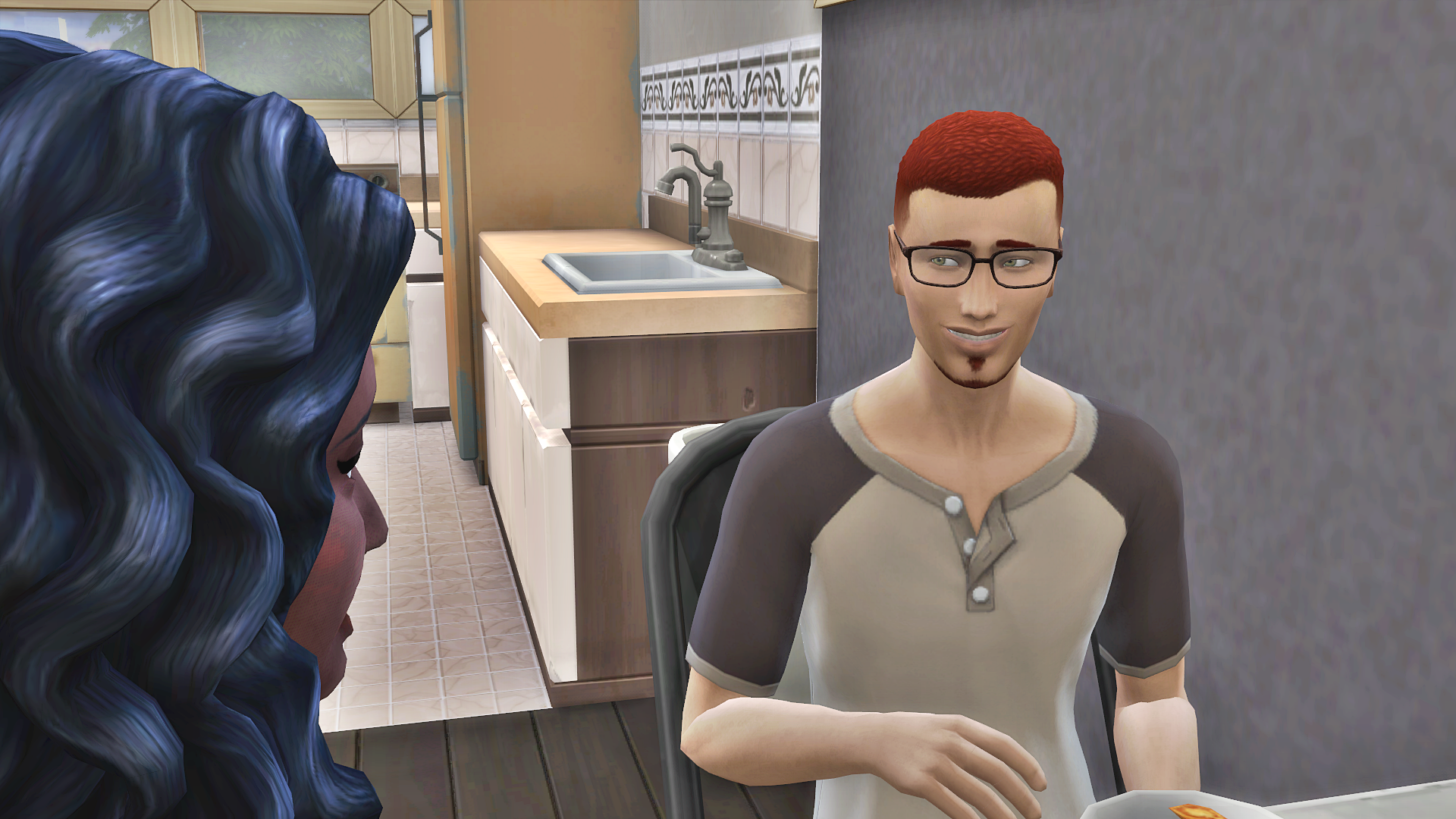 They didn’t have much in their new house for entertainment, just an old TV. They turned on the TV and some old classic was on. Neither Aniyah nor Devan were impressed. 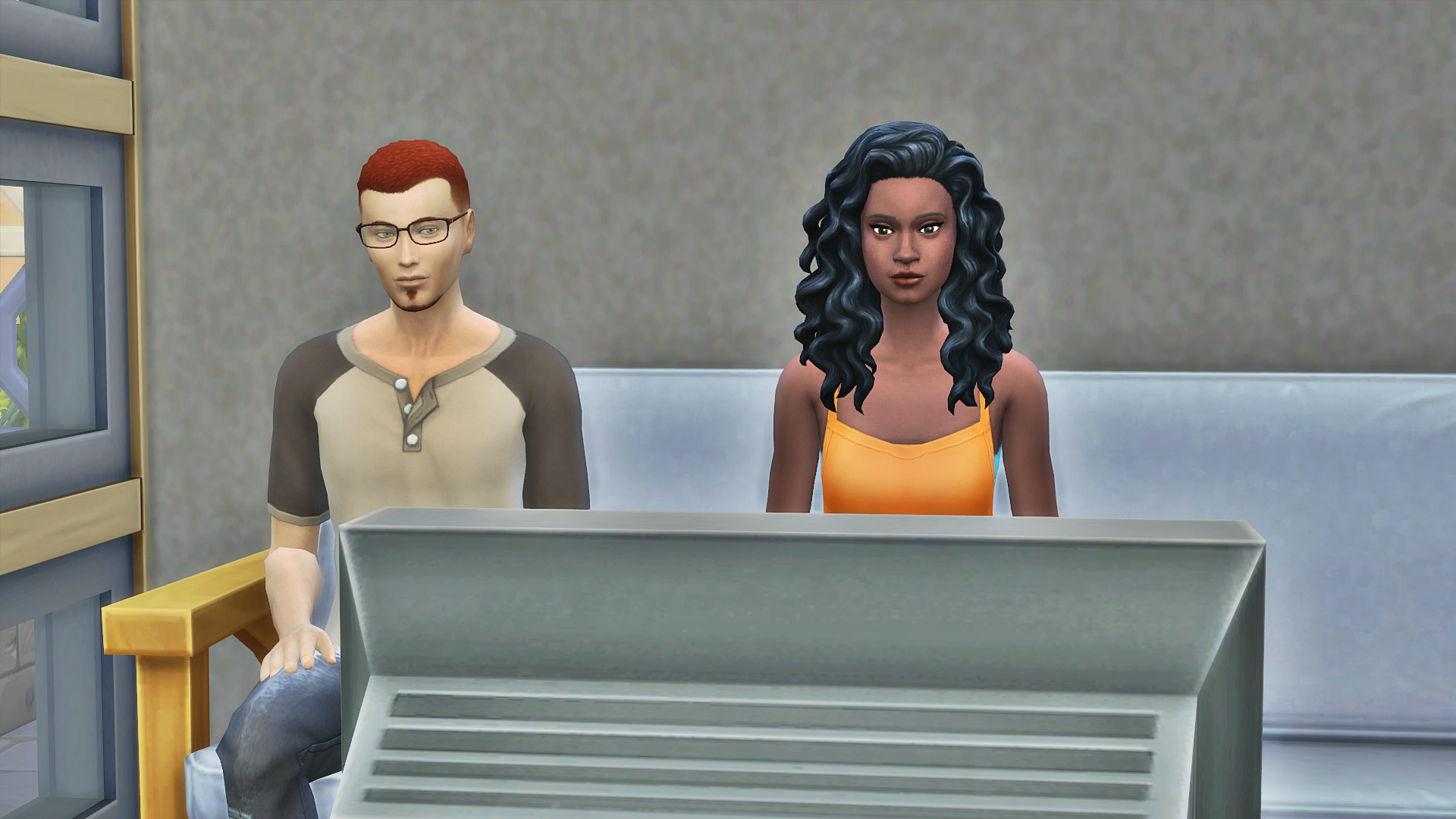 “As much as I’d love to tell you for the hundredth time not to spend more time outside than in the kitchen,” said Devan, “I actually think the park is a good idea. It will give us a chance to meet some other residents. I can’t have you as my only source of stimulating conversation.”

“Thanks buddy,” said Aniyah. “I really feel your love and appreciation of my sparkling conversational skills.”

They headed to the park in Oasis Springs. Devan brought his fishing rod because he figured he could catch them something to make for dinner, and they needed to save all the money they could while they were first getting started. 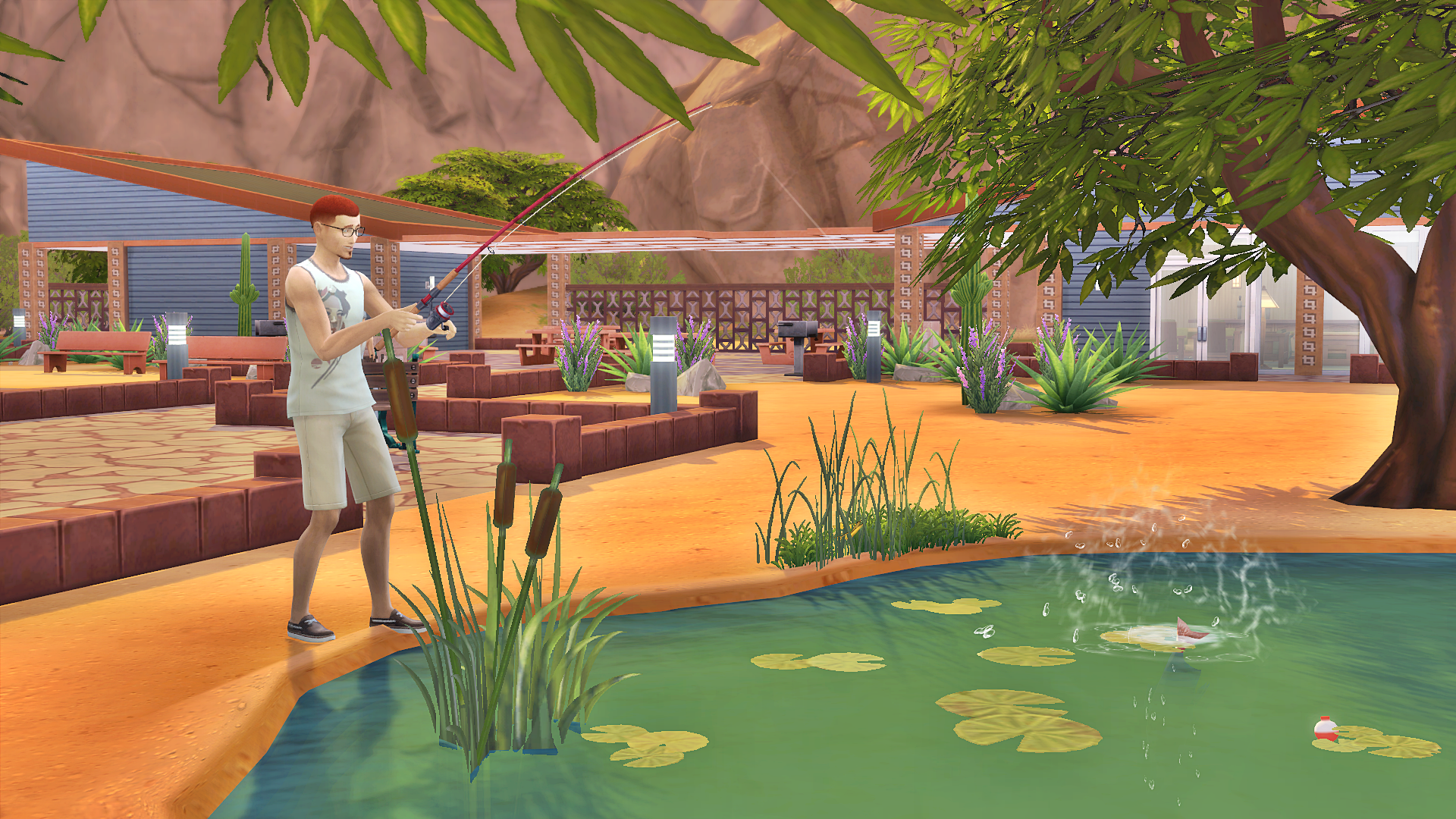 Aniyah used her time to meet some new people. Everyone seemed so nice here. Explaining that she lived with Devan but they were just friends was proving as complicated as it always had. But she knew everyone would get used to it soon enough. 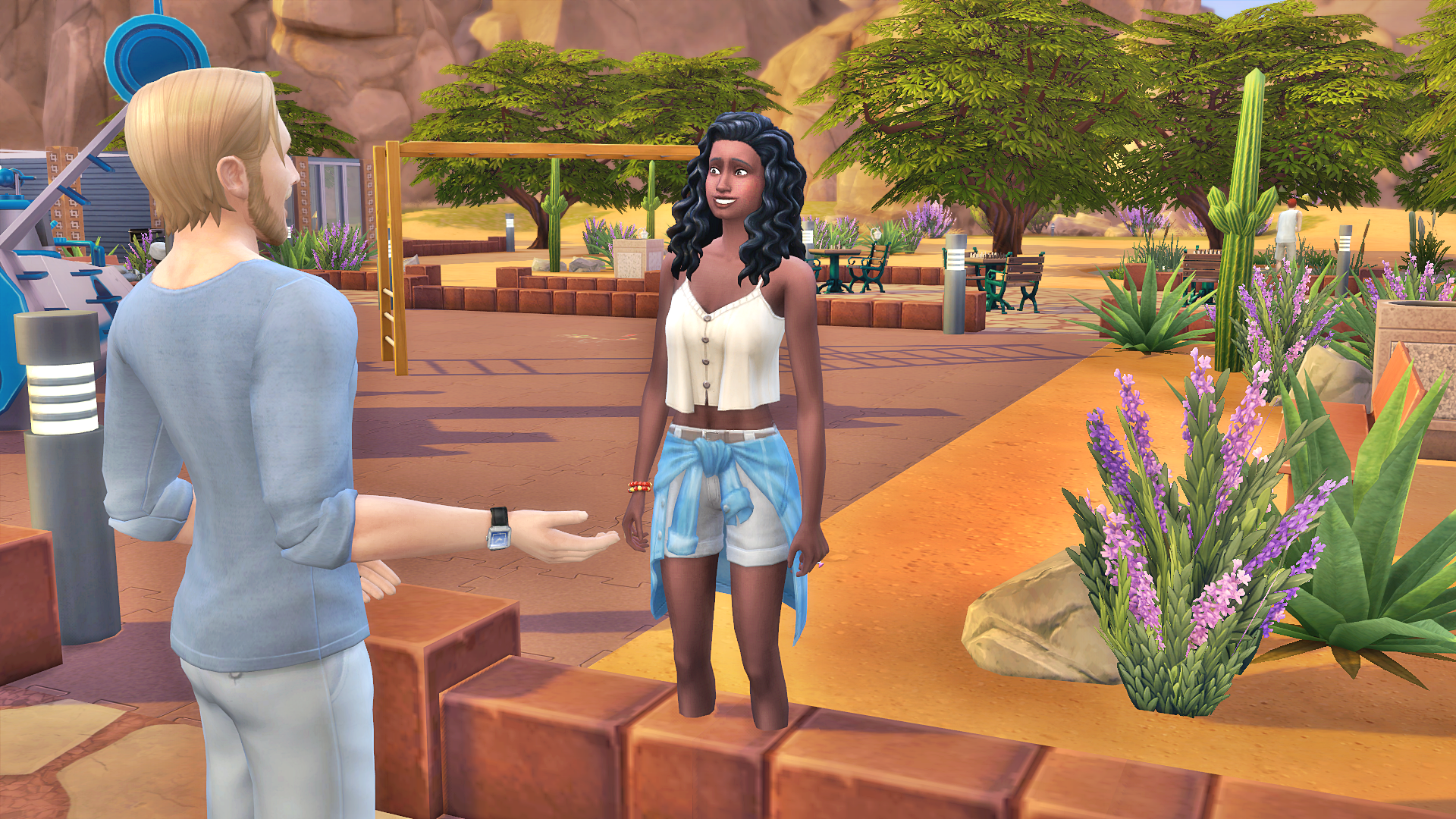 Aniyah was really excited when she got the chance to meet Margaret Kim. She was a painter–a really good one– and she’d recently been earning some celebrity status (Notable Newcomer to be exact), both because of her work and because she was dating Juniper Sanders, the latest new actress to show up on all the Ones-To-Watch lists. If Aniyah’s & Devan’s celebrity chef dreams came true, Aniyah hoped they would stay as down to earth as Margaret was. 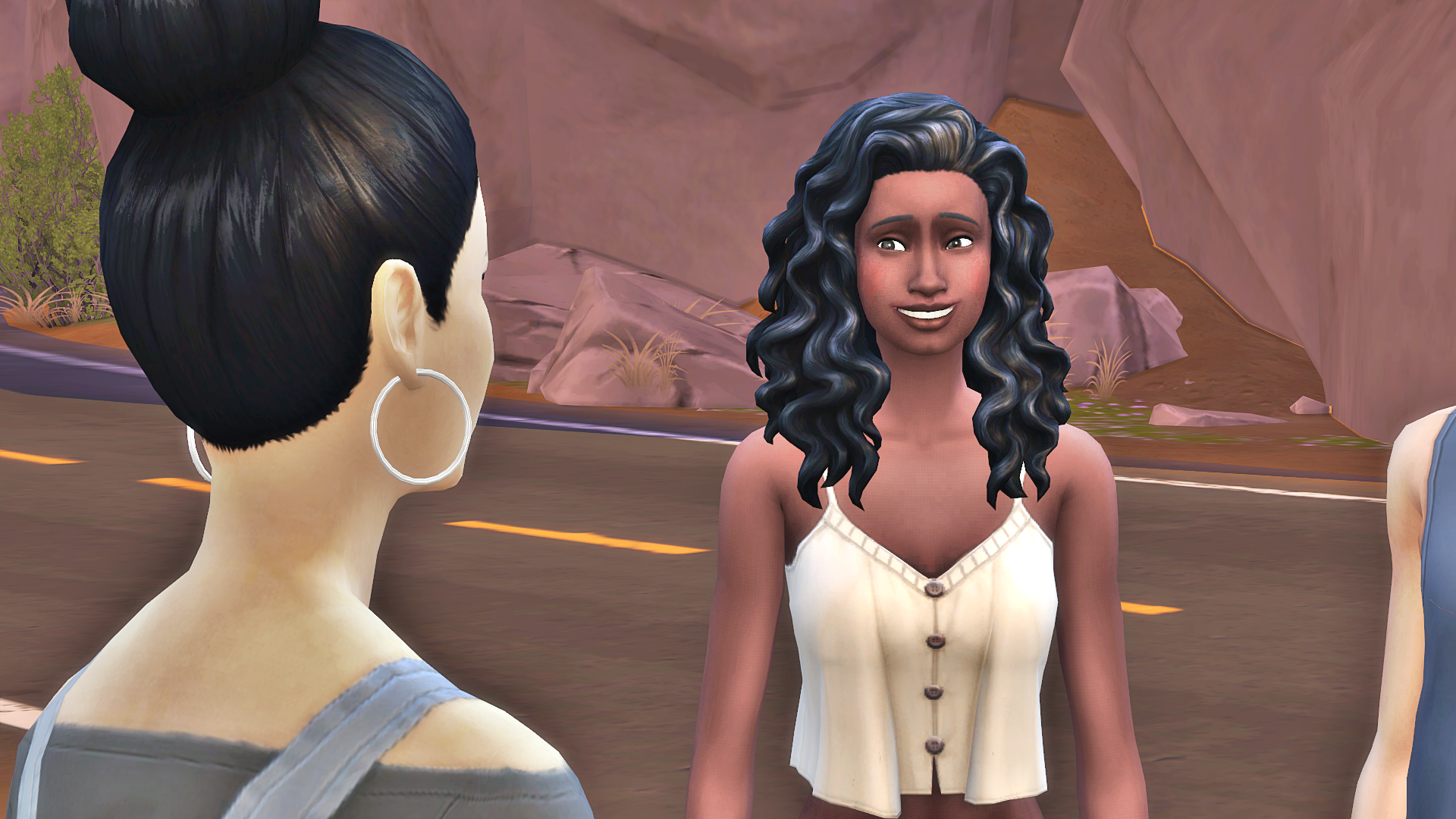 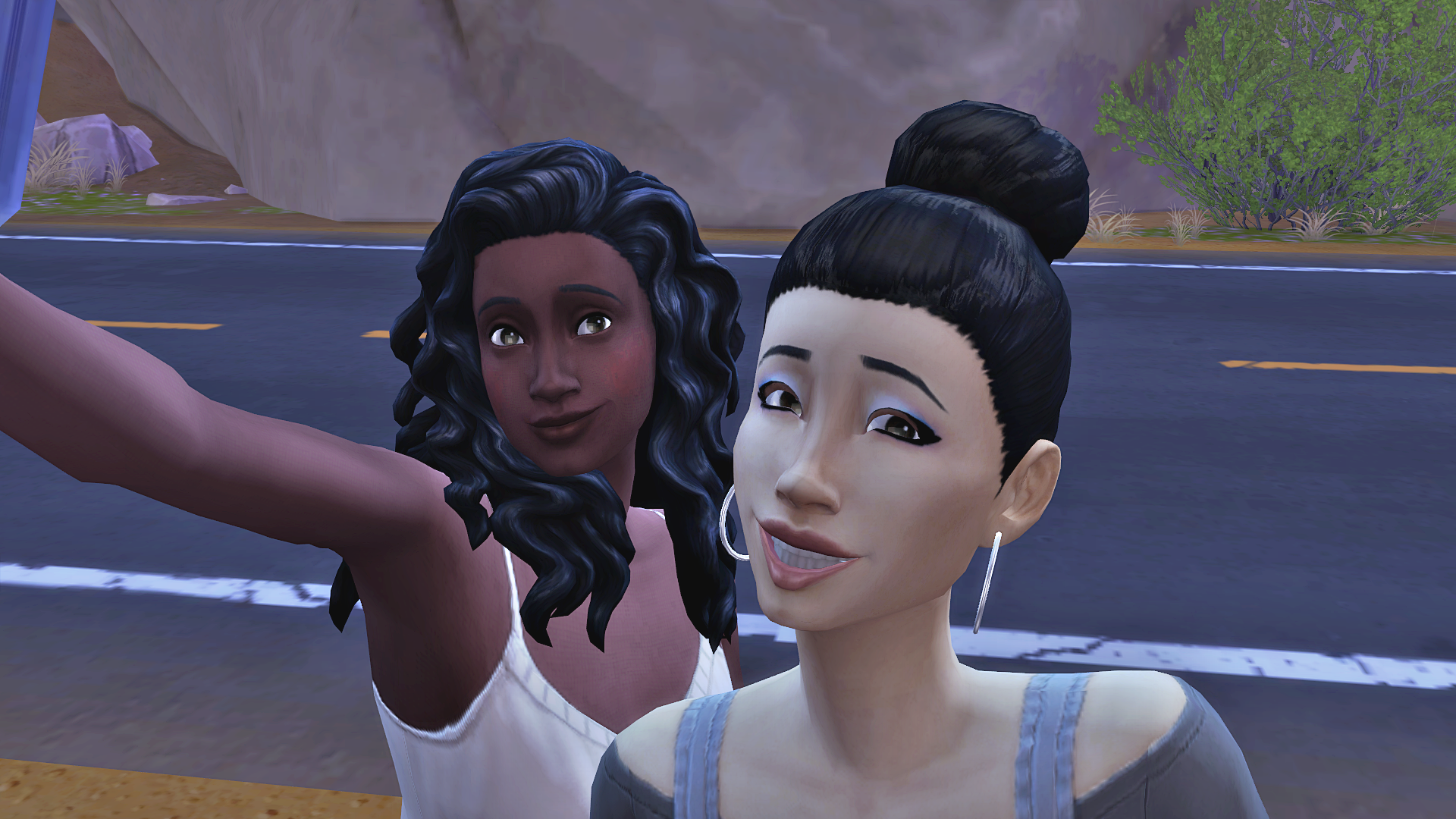 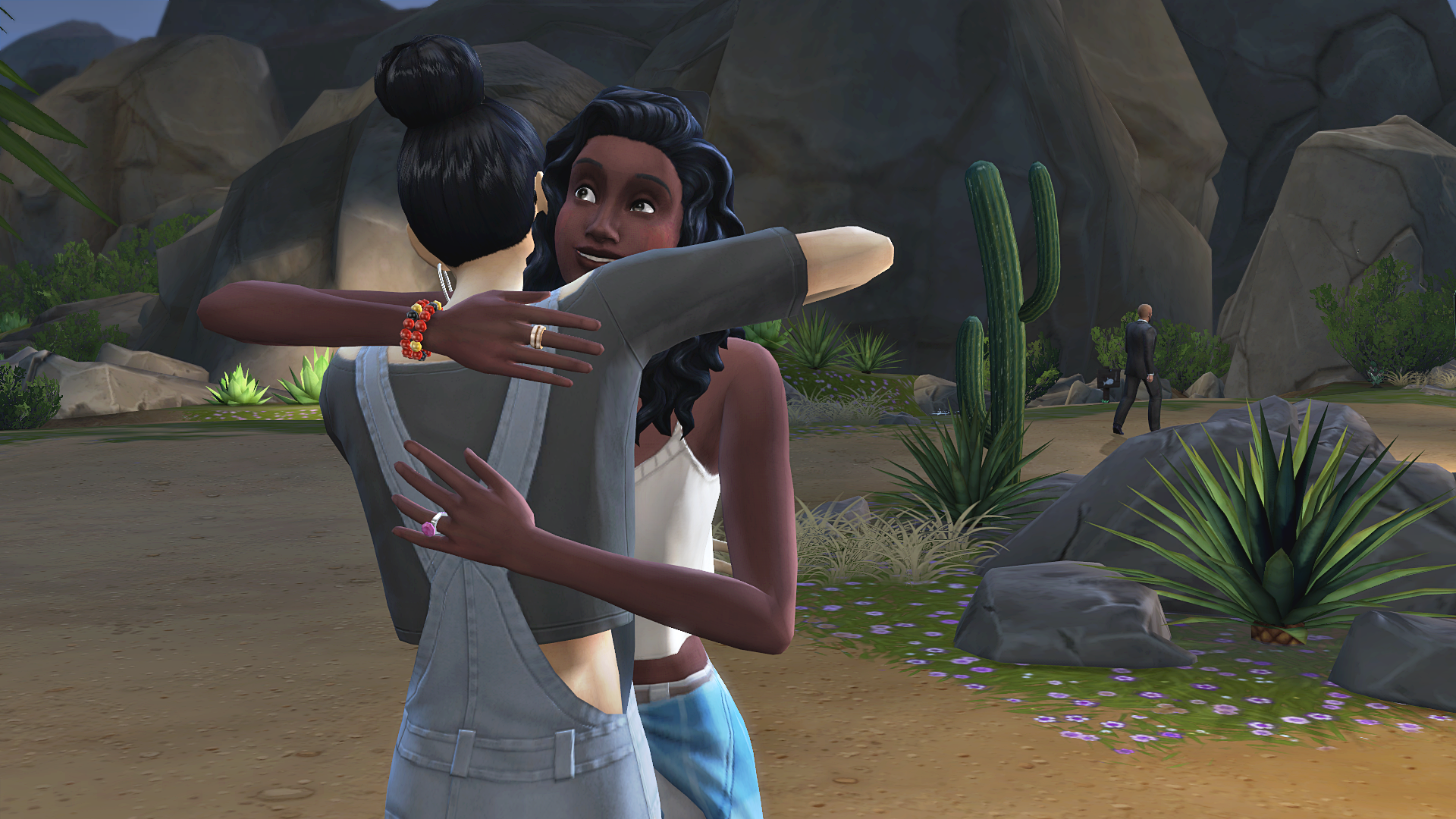 After a few hours at the park, they headed home to finally tackle the new stove. They had a bet going. If either of them started a fire, they’d have to do the laundry for two weeks. That was a tough bet because they did not have a washer & dryer, just a bin & clothesline. 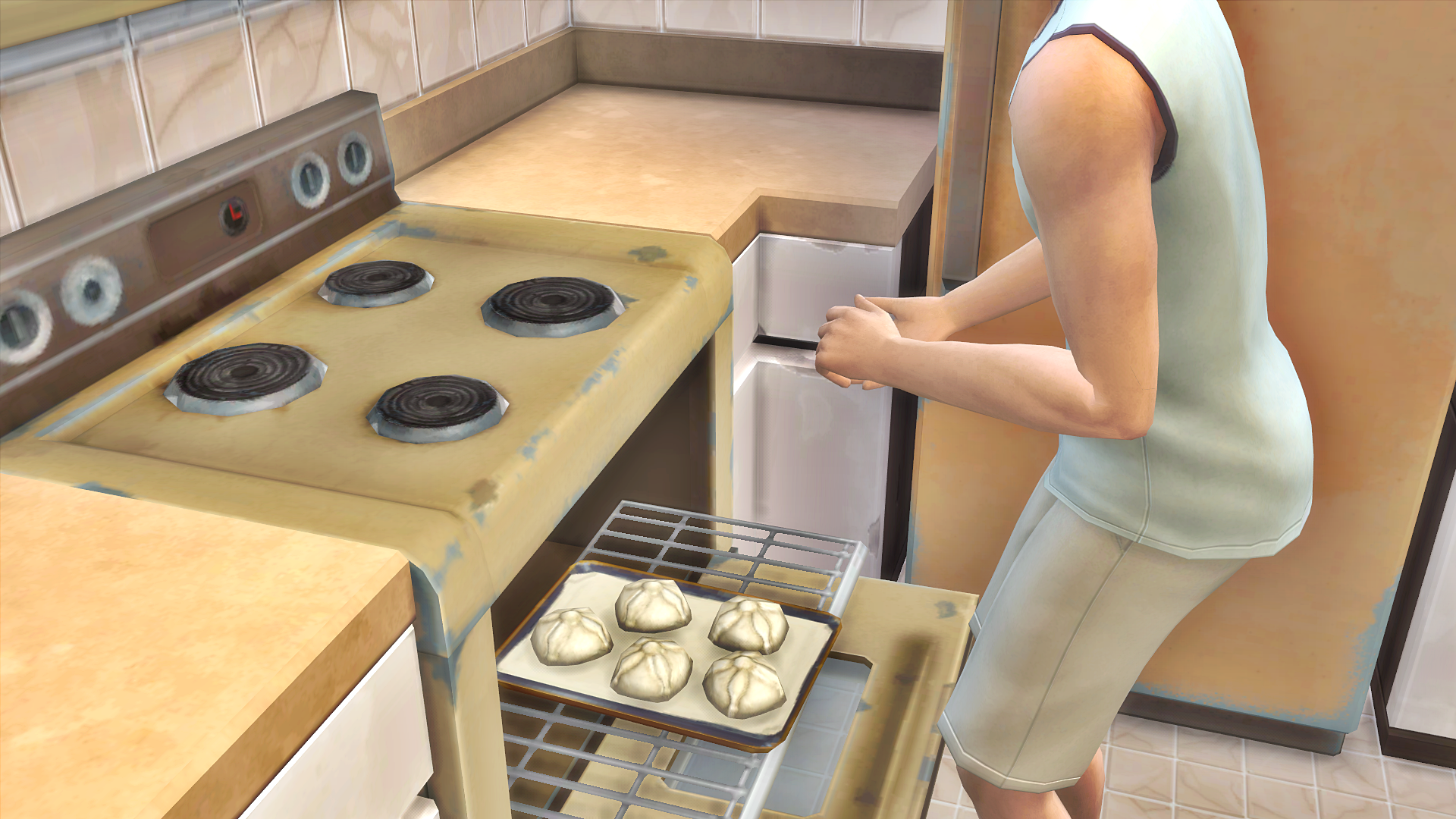 Aniyah decided to test the stove top with fish tacos since he’d successfully used the oven. She had a scare that she really wished Devan wasn’t there to witness. 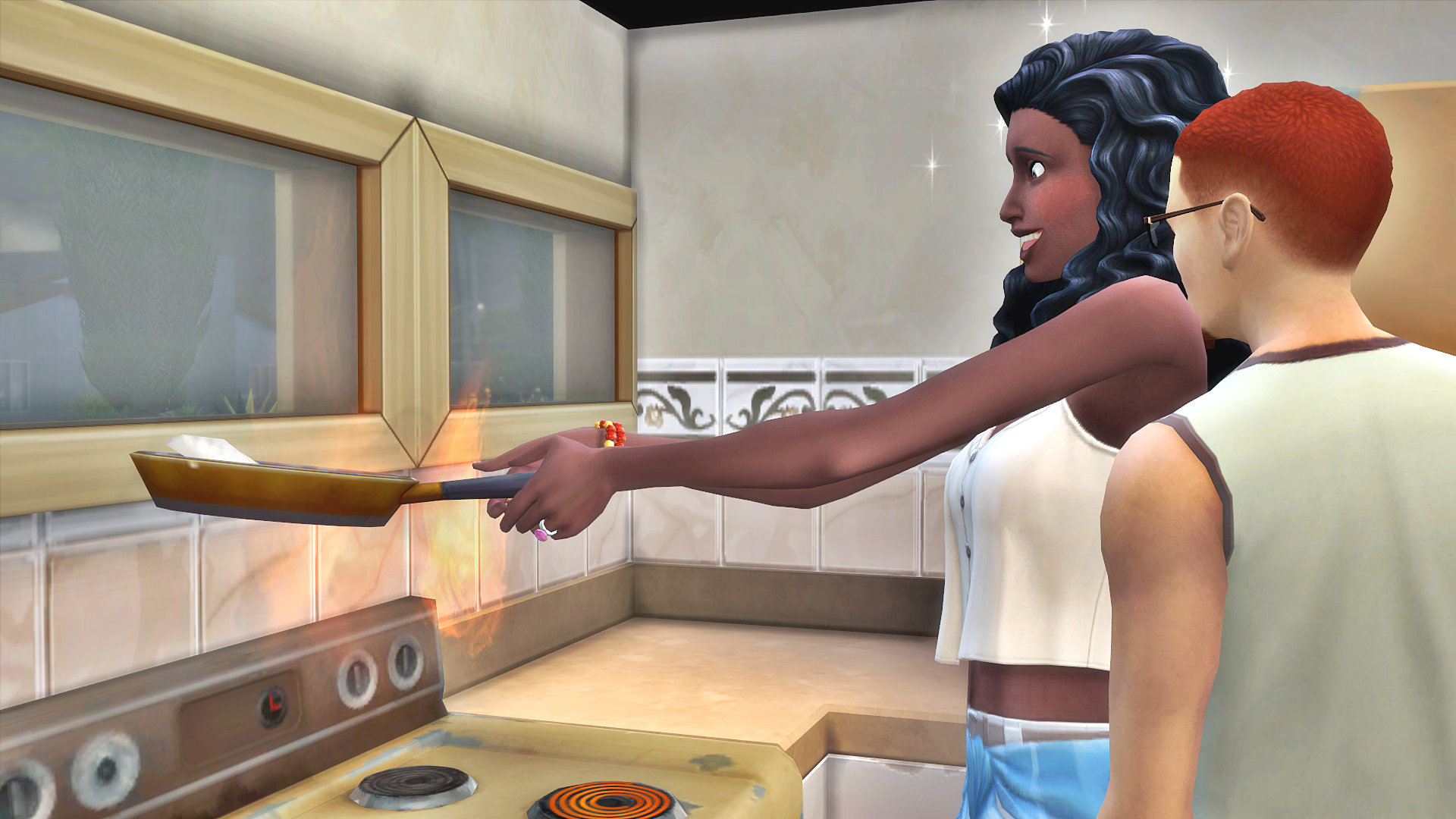 Technically she didn’t start a fire, but because there were visible flames, she lost the bet and was on laundry duty. 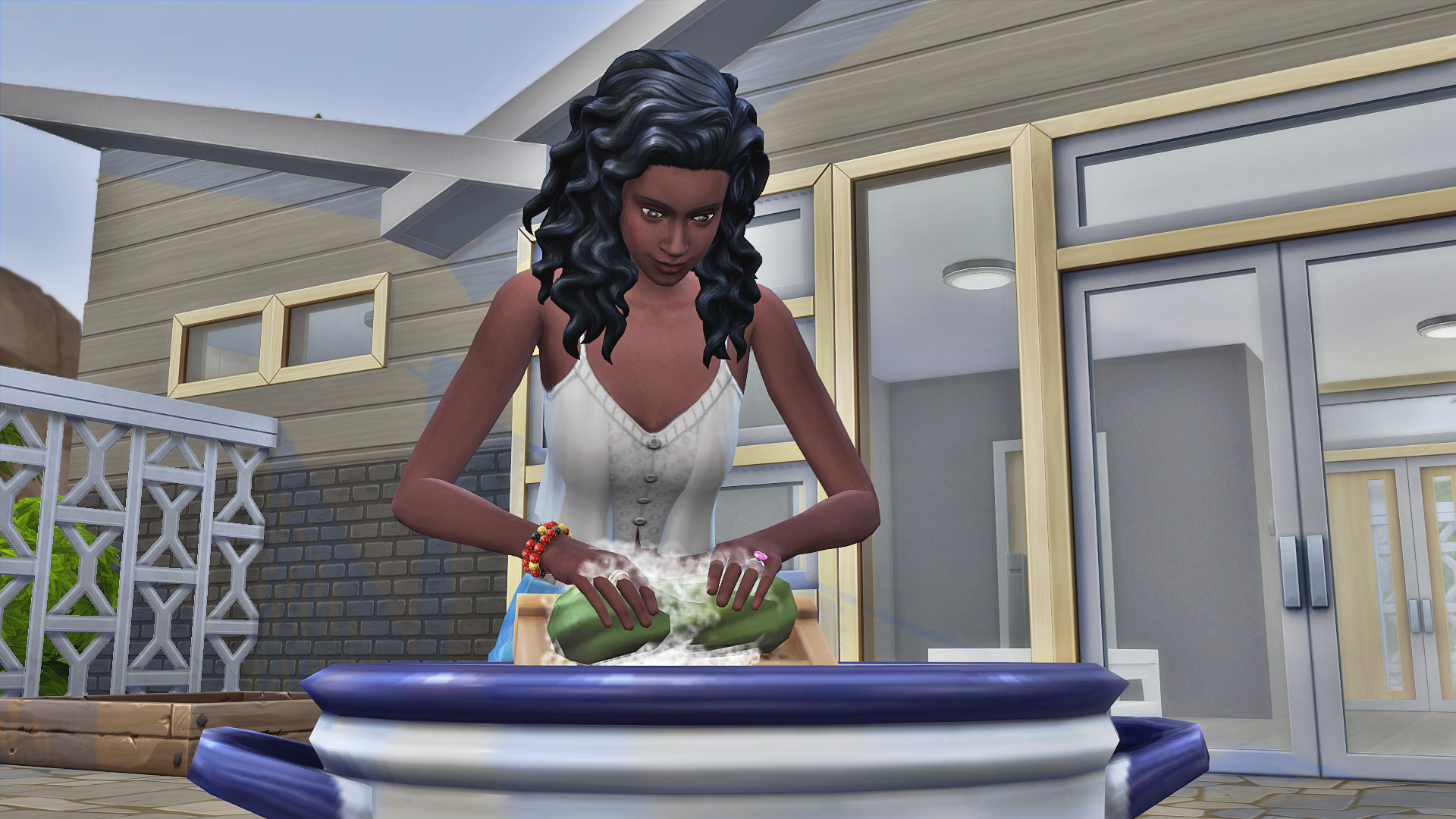 The two friends promised each other they would work super hard at work to earn fast promotions, but they would also have fun in their downtime. 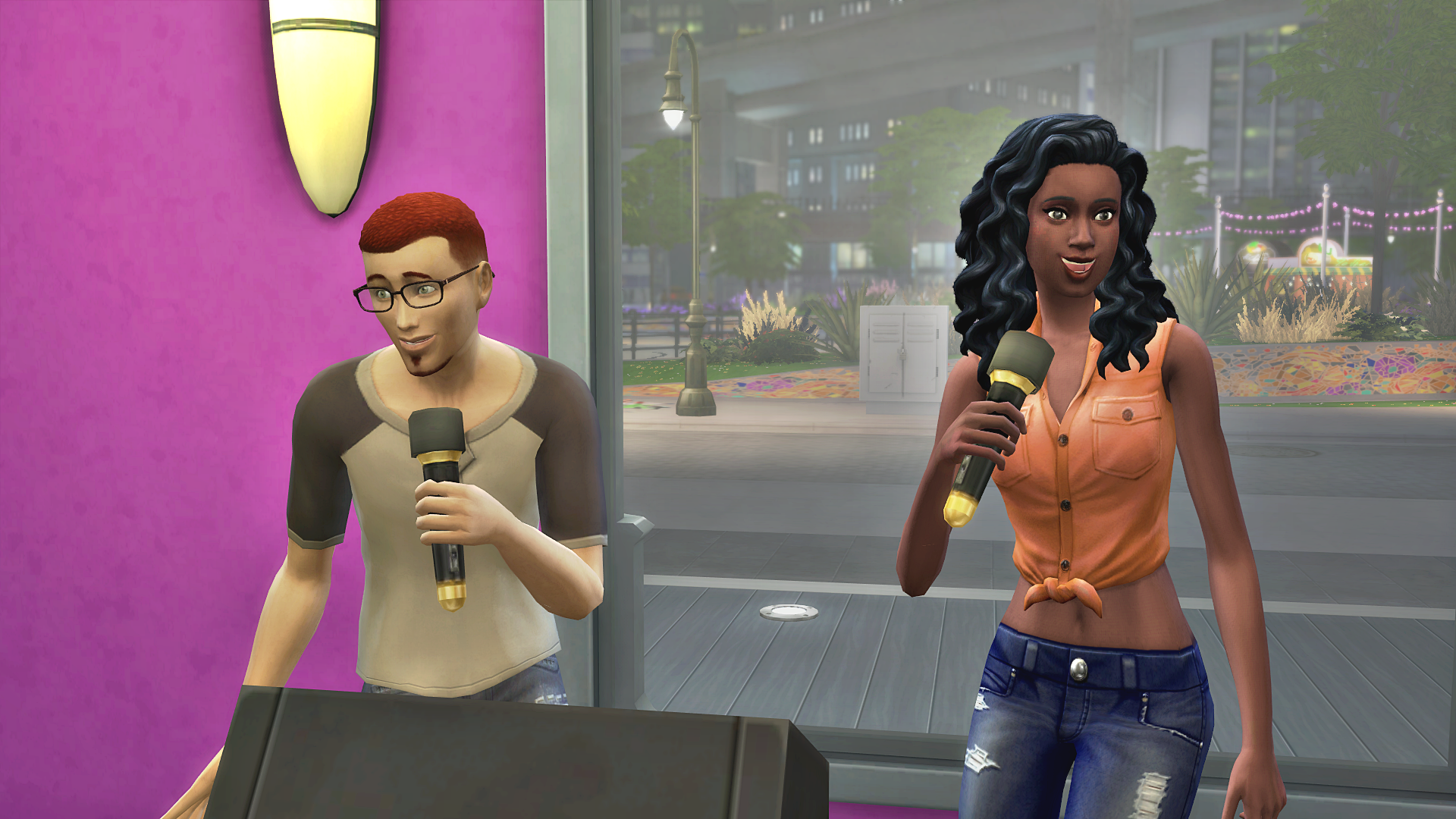 They had to renovate that kitchen as soon as possible. As they headed to bed, falling asleep after staying up chatting until the sun started rising (like they’d been doing for their whole lives), they both agreed that making the move to Oasis Springs was a great idea and the start of a new adventure. 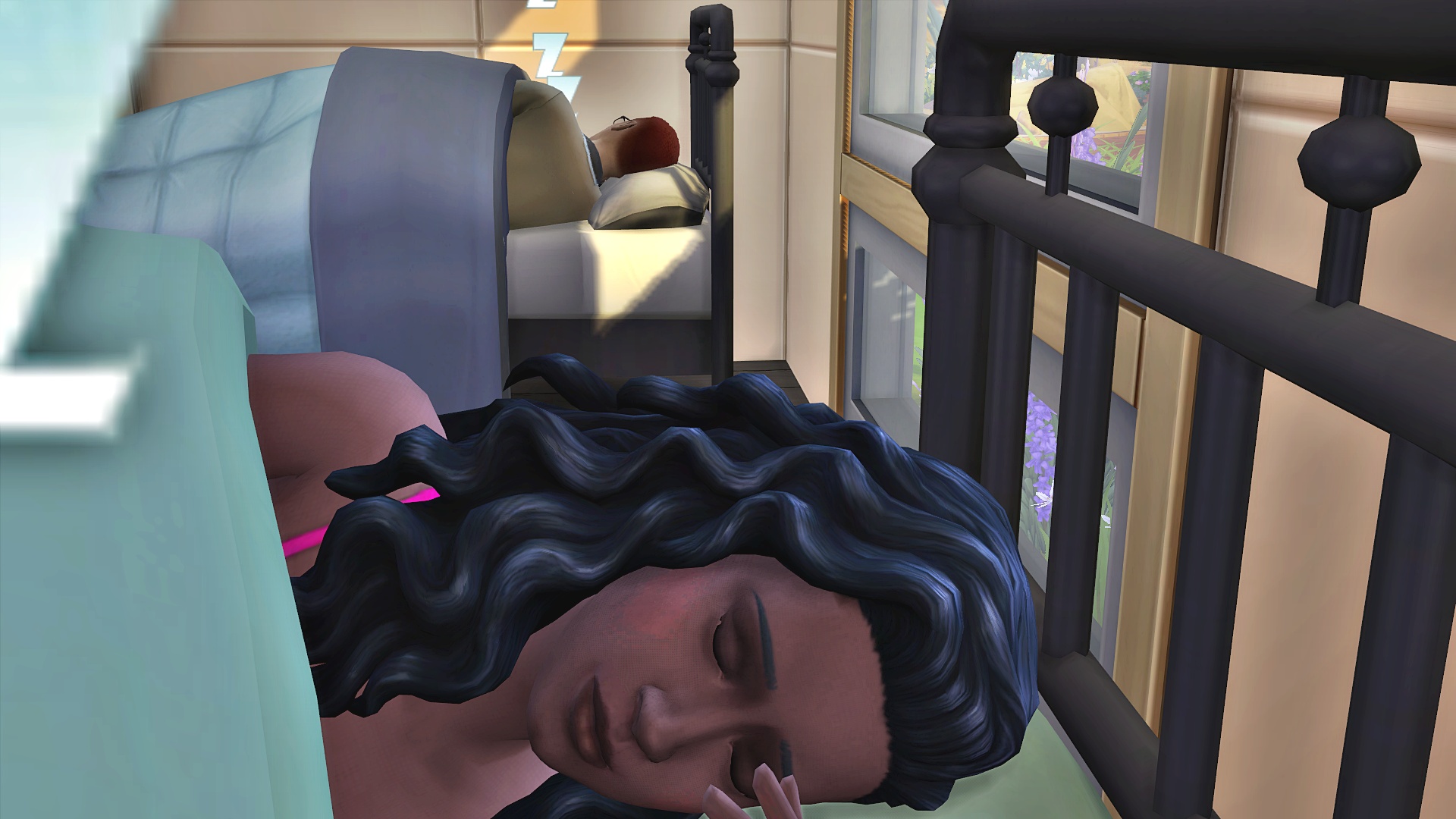