Dr. Elijah Cross was in San Myshuno, loving being back in the city. 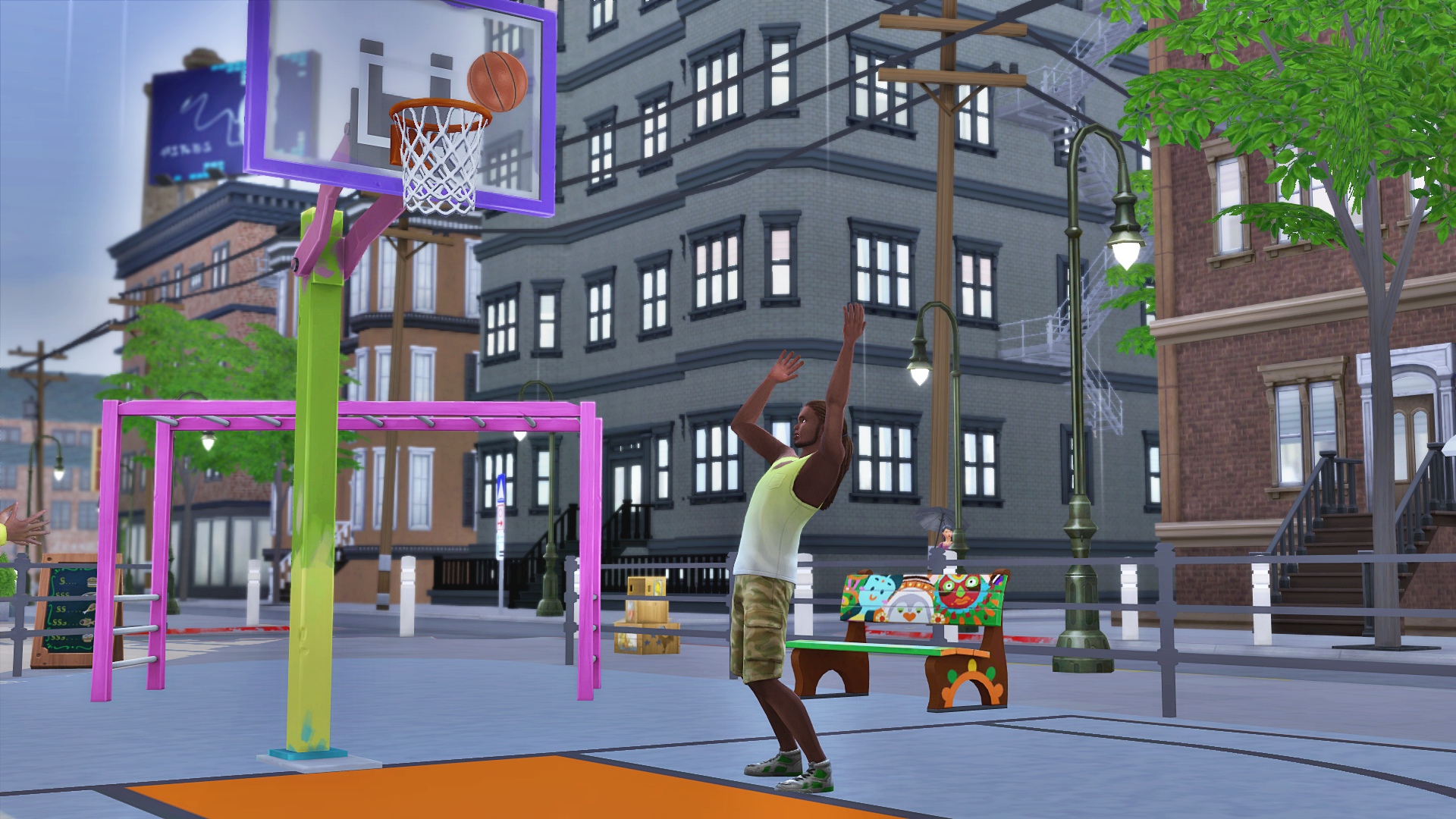 The Friedmans were in and around Windenburg, doing their best to not settle down. 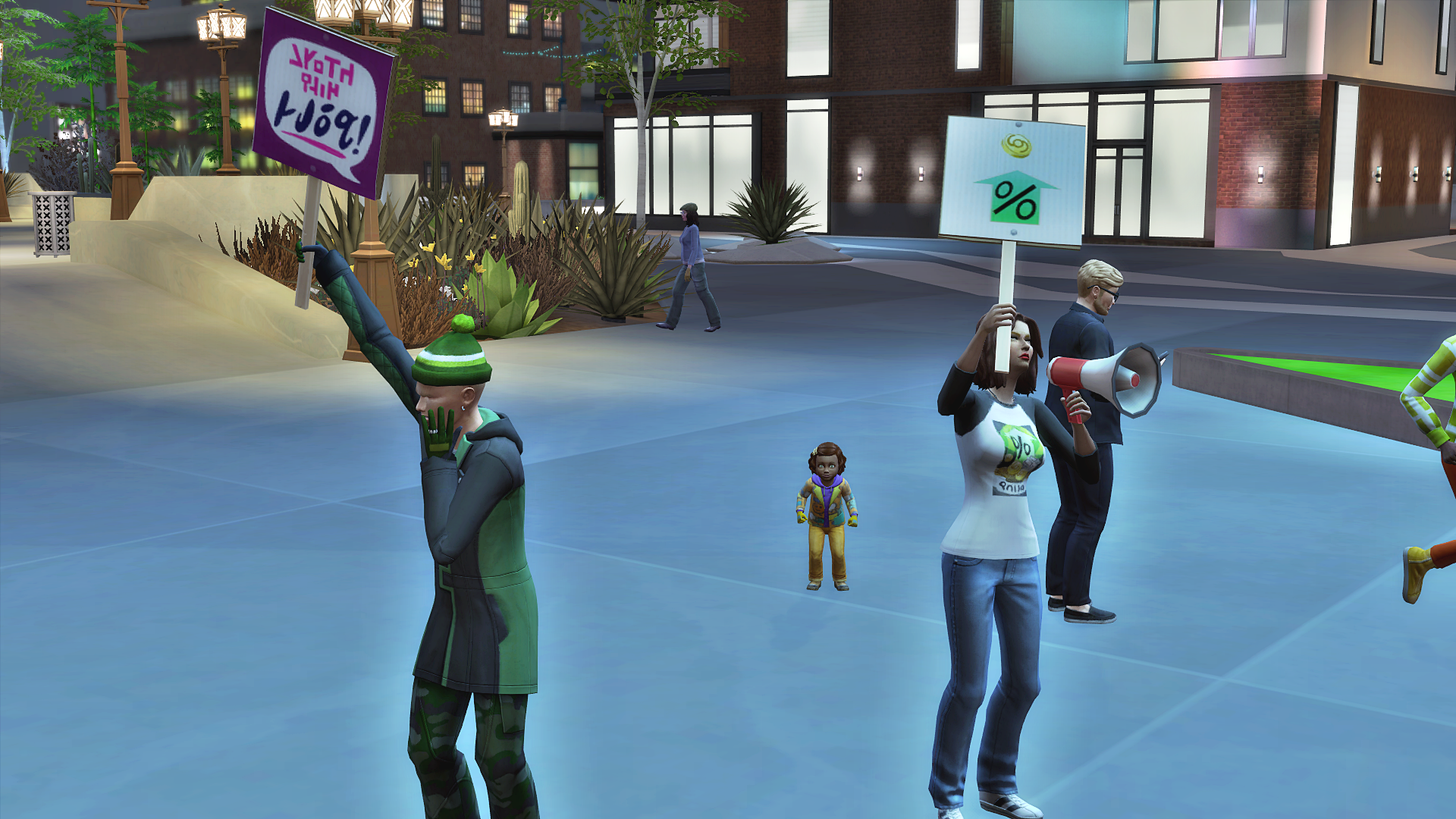 And in Del Sol Valley, an aspiring actress named Juniper Sanders and her girlfriend Maggie Kim had just moved in. Maggie wasn’t so sure about Juniper dragging them to this new world to try and become a famous actress, but she loved Juniper, and was willing to give it a chance. 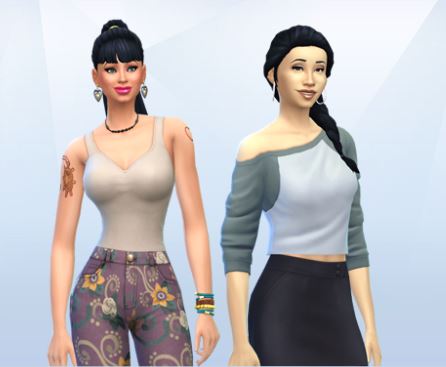 As she promised, Juniper spent the first full day in their new home with Maggie. Maggie craved attention, and Juniper was happy to provide it. Her beautiful supportive girlfriend didn’t ask for much, just quality time and affection. 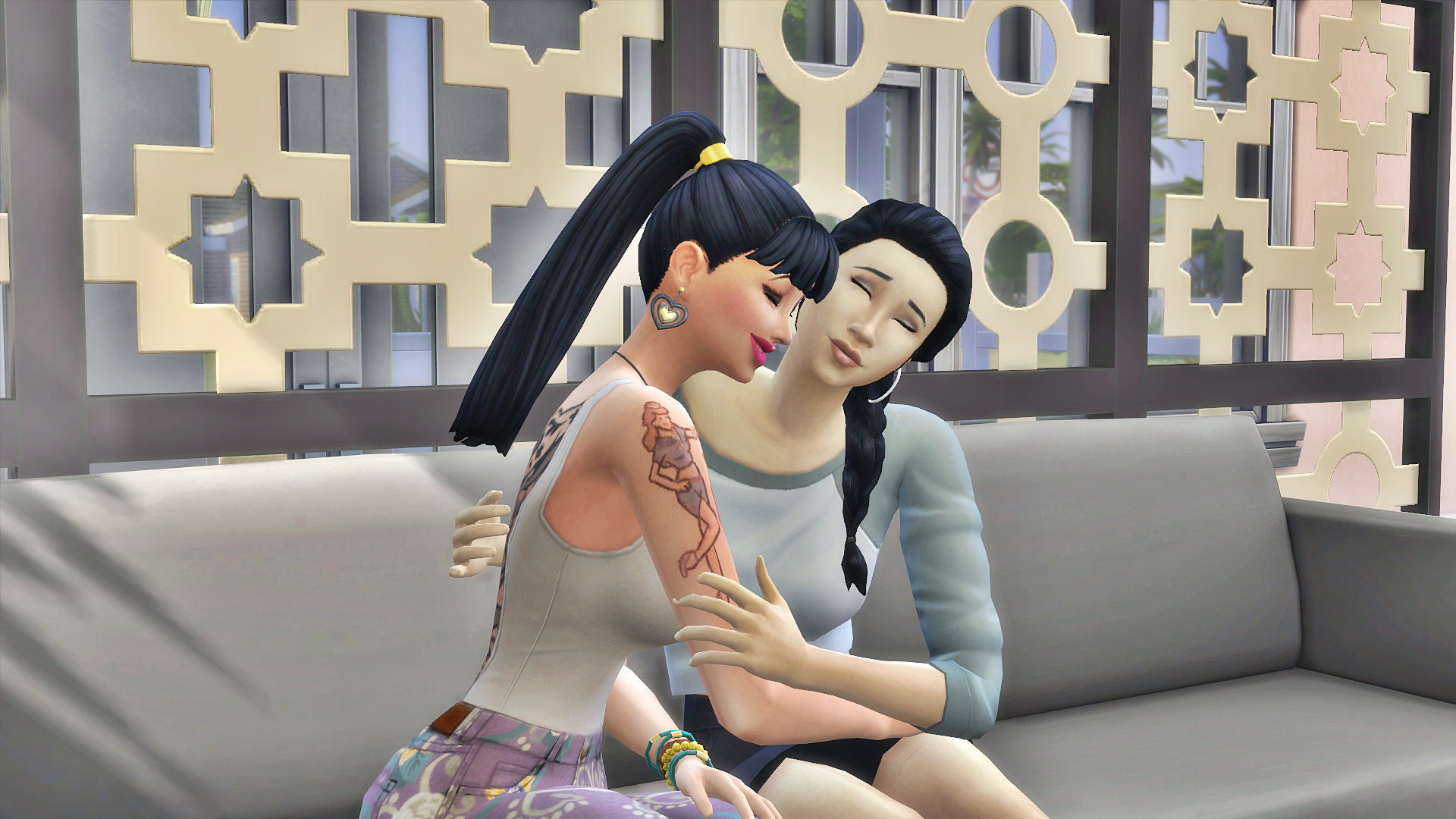 Juniper quickly found an agency to work with: the A.I. Staffing Agency. A bit robotic and wooden, but they were in constant communication and got Juniper an audition right away. She killed it and soon she booked her first commercial! She was happy to be the new face of Salty Suds.

“Are you sure you have to go?” asked Maggie. “Wouldn’t you rather stay here and spend more time with me?”

“As tempting as that is,” replied Juniper, “I have to tear myself away from you for just a few hours. It’s my first commercial after all. Today it’s Salty Suds, but soon I’ll be starring in feature films!” She reached out to caress Maggie’s cheek. “Soon all our dreams will come true. I’ll be a famous actress and you’ll be a famous painter. We’ll be the toast of the town. Don’t you want that?” 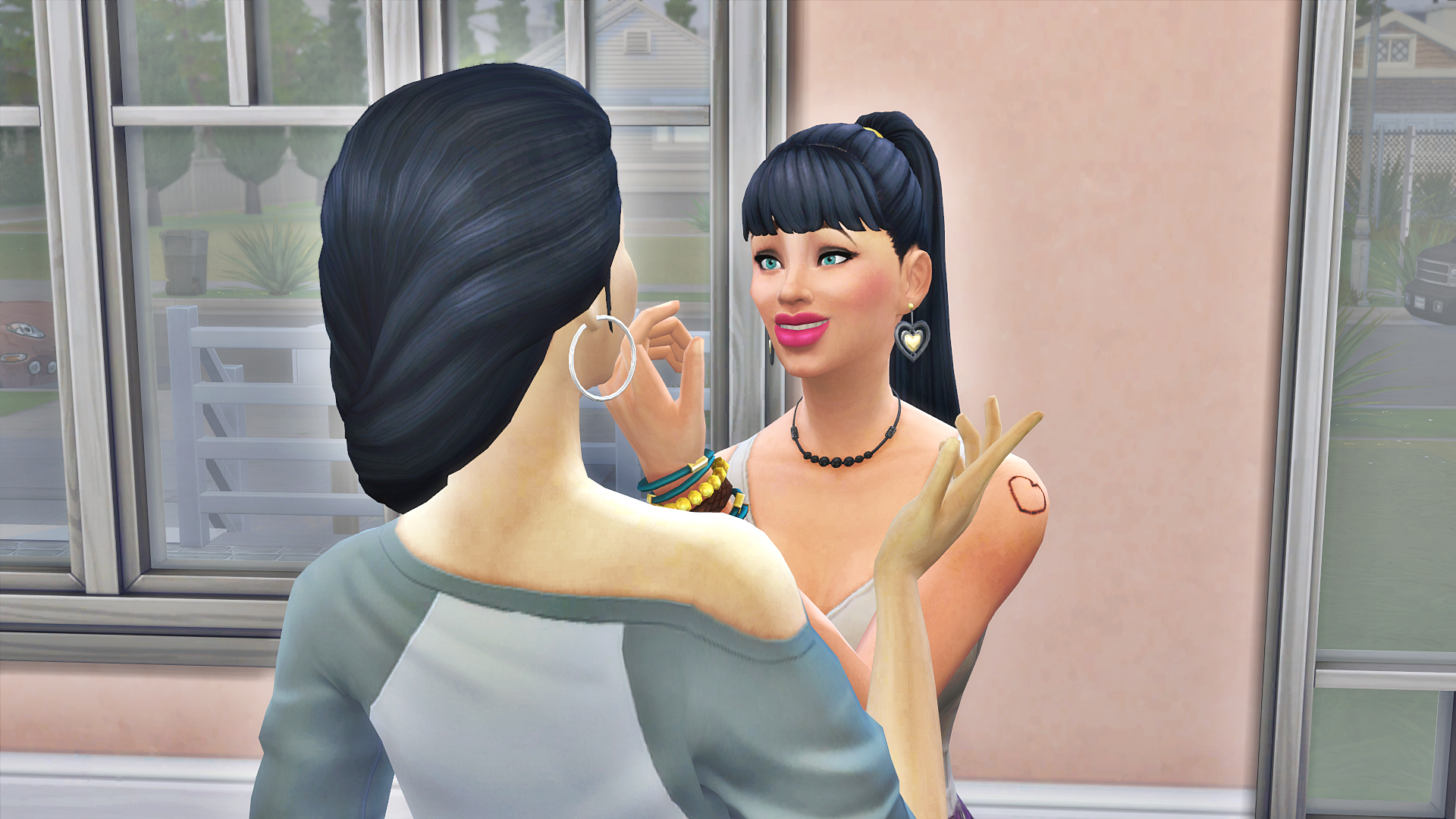 “That’s my girl,” said Juniper. “Don’t be too hard on yourself, you know your–”

“I know, I know, ‘your paintings are beautiful and you’ll find a collector to buy them.’ You always say that,” said Maggie.

Maggie headed to her easel and Juniper headed to work. Juniper arrived at the recording lot for the first time and couldn’t believe her luck. So soon after arriving in Del Sol Valley, she was already a working actress! The gloomy mood of the sky could not dampen her excitement. 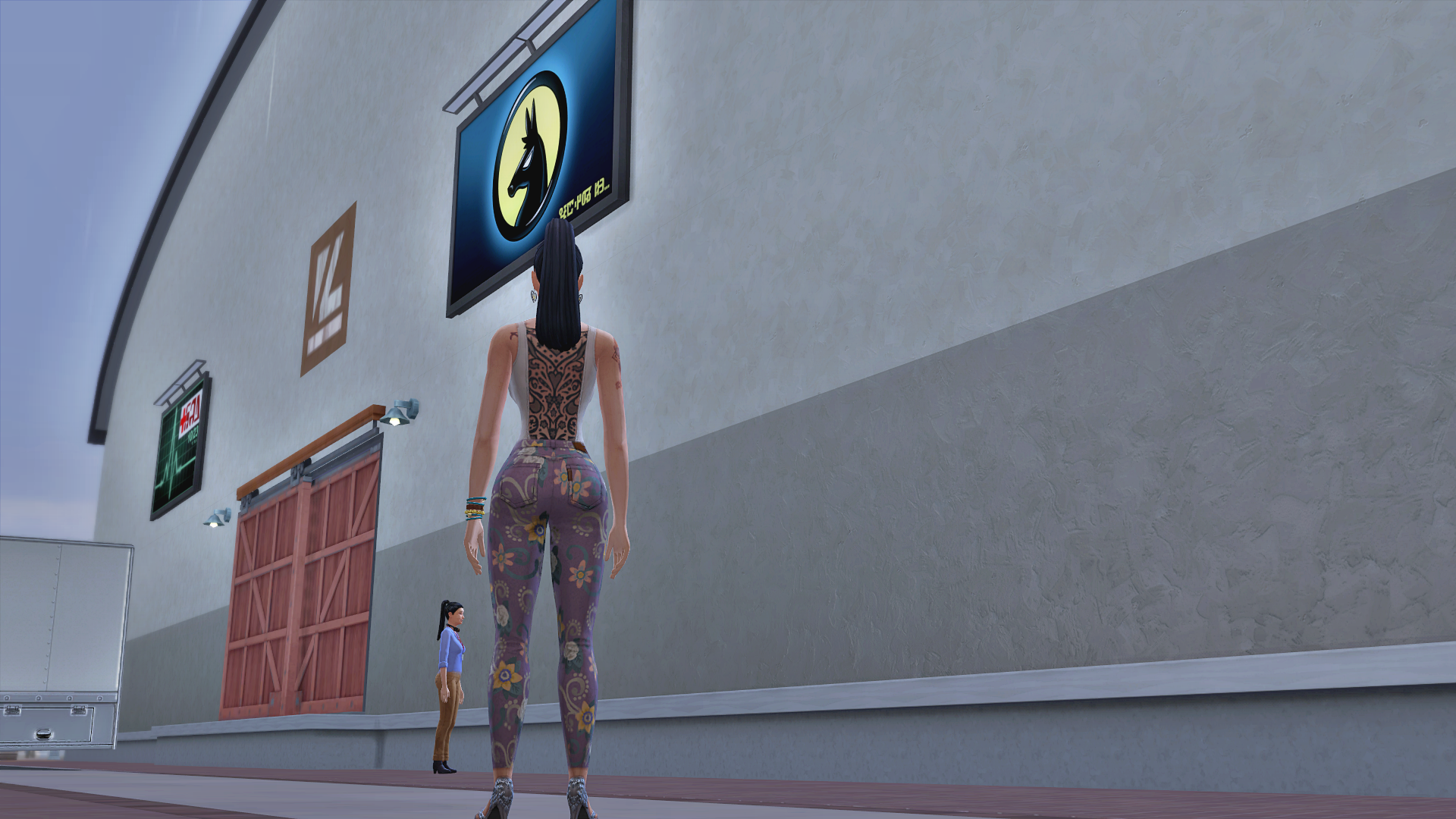 After soaking up the vibes of the building a bit, she headed inside. There were cameras, extras dressed in crazy costumes, even craft services! It was hard not to feel like she was already a star. 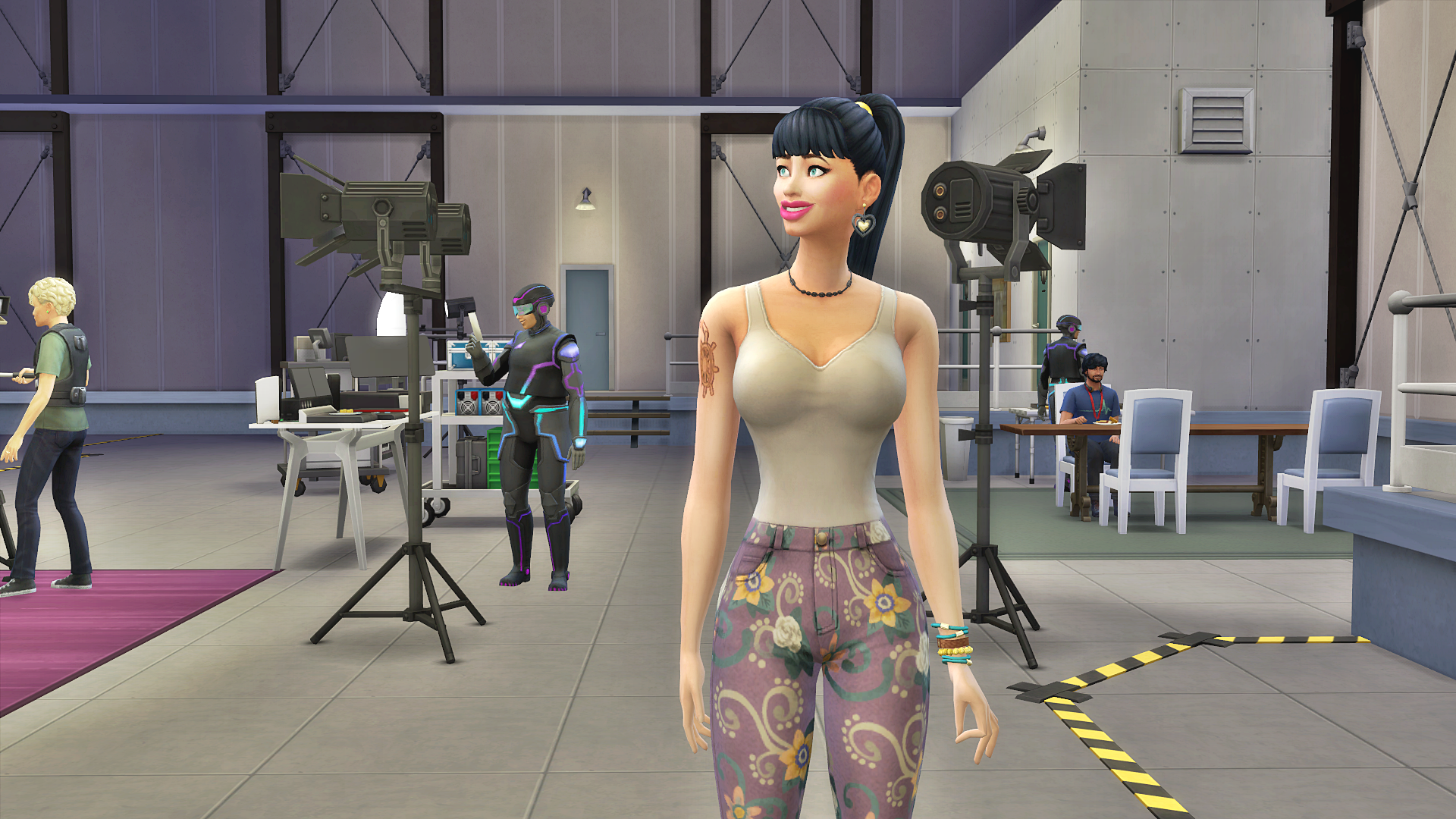 She ran over to hair and makeup, and cheerfully greeted the woman who was doing her hair and makeup. Mizuki seemed jaded and uninterested in conversation. She told Juniper to hop in the chair and keep her chit chat to herself. Her exact words were, “if you’re still working here next Spring, then I’ll learn your name.” 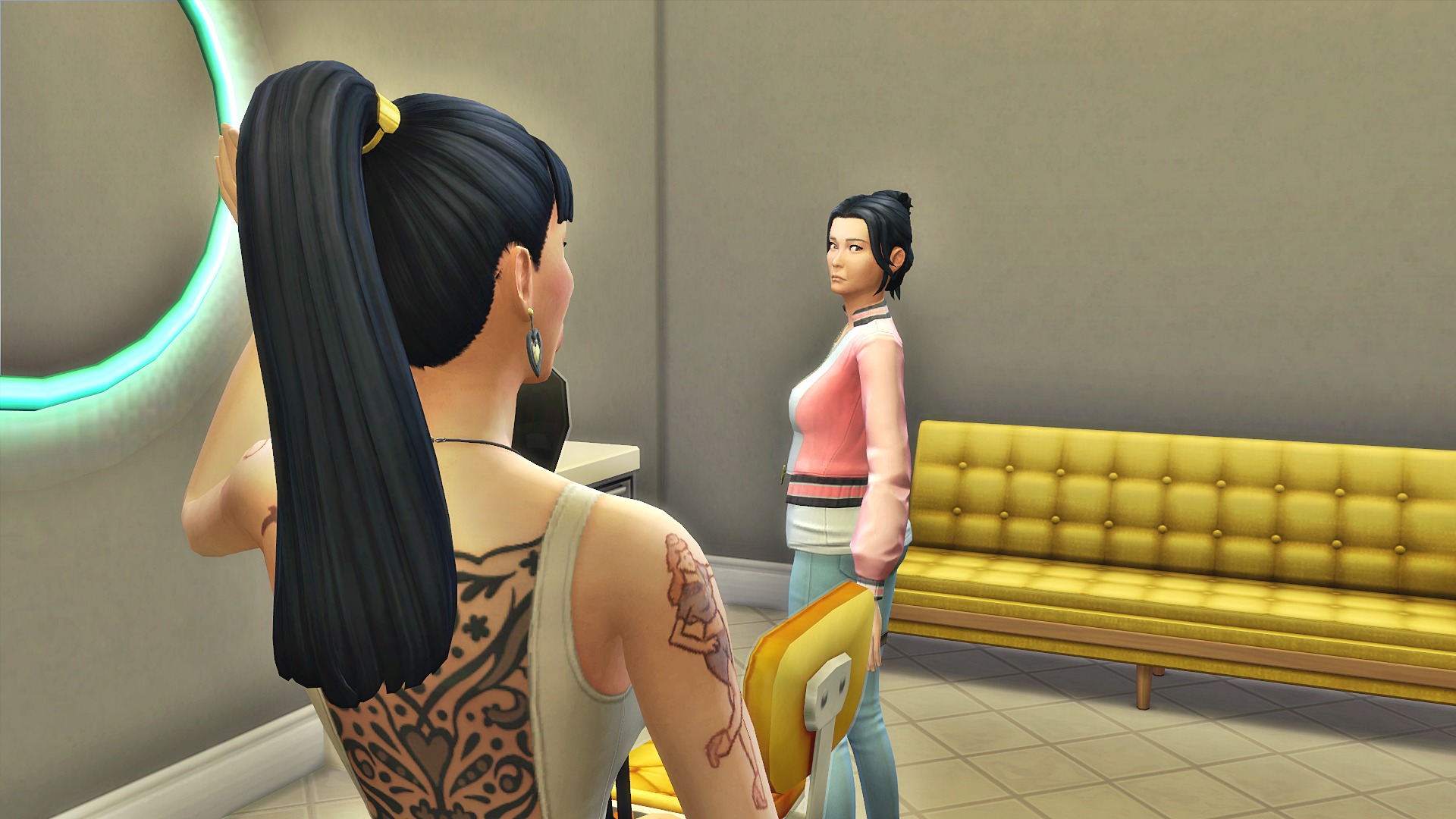 Undeterred by Mizuki’s gruff manner, Juniper tried again with Krishna the costume guy, but he was only interested in convincing her to keep the blonde hair after the gig was over. His exact words were, “With all those curves you have, blonde is better, you look like a good witch now instead of an evil one.” 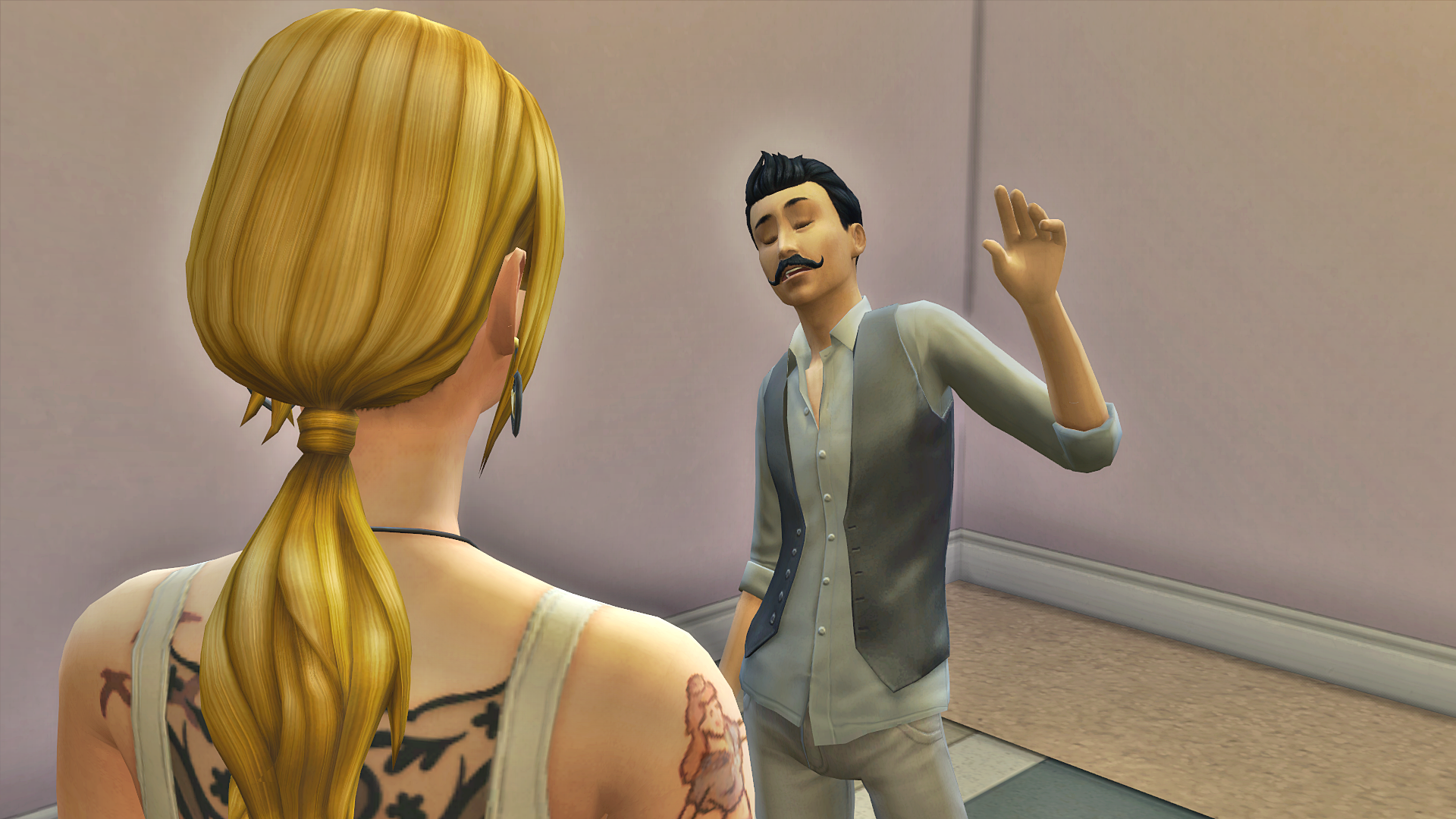 She tried again with her director Izumi and her producer Ritvik. They were… nice, if nice is what you called people with fake smiles plastered to their faces. Izumi said to Ritvik, “another buxom blonde. They sent me another buxom blonde.” “Yeah, I see,” said Ritvik, “let’s just get this over with.” “But I’m not even really blonde,” said Juniper. “Yeah, yeah, honey, no one is,” said Ritvik. “Just head on up to the stage and we’ll turn the lights and camera on,” said the director. 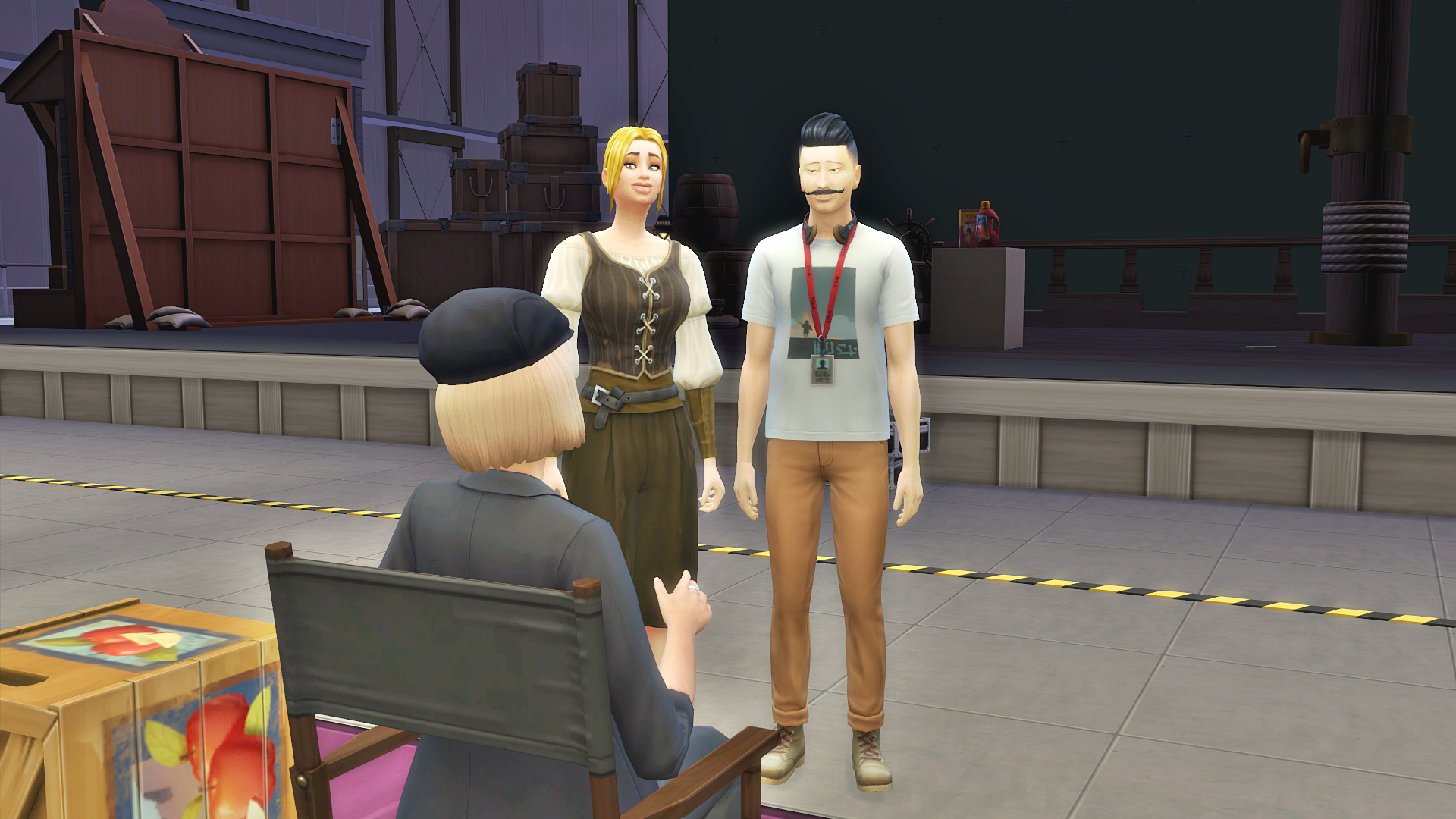 Okay, so she was not a star yet, but Juniper was determined to prove them wrong. She knows she didn’t book this commercial because she was a curvy blonde–she wasn’t even blonde! She would act the hell out of this commercial, and she would definitely still be working next Spring, and she would win a Starlight Accolade too! And it would all start with convincing her director–and the world– that she could sell Salty Suds. 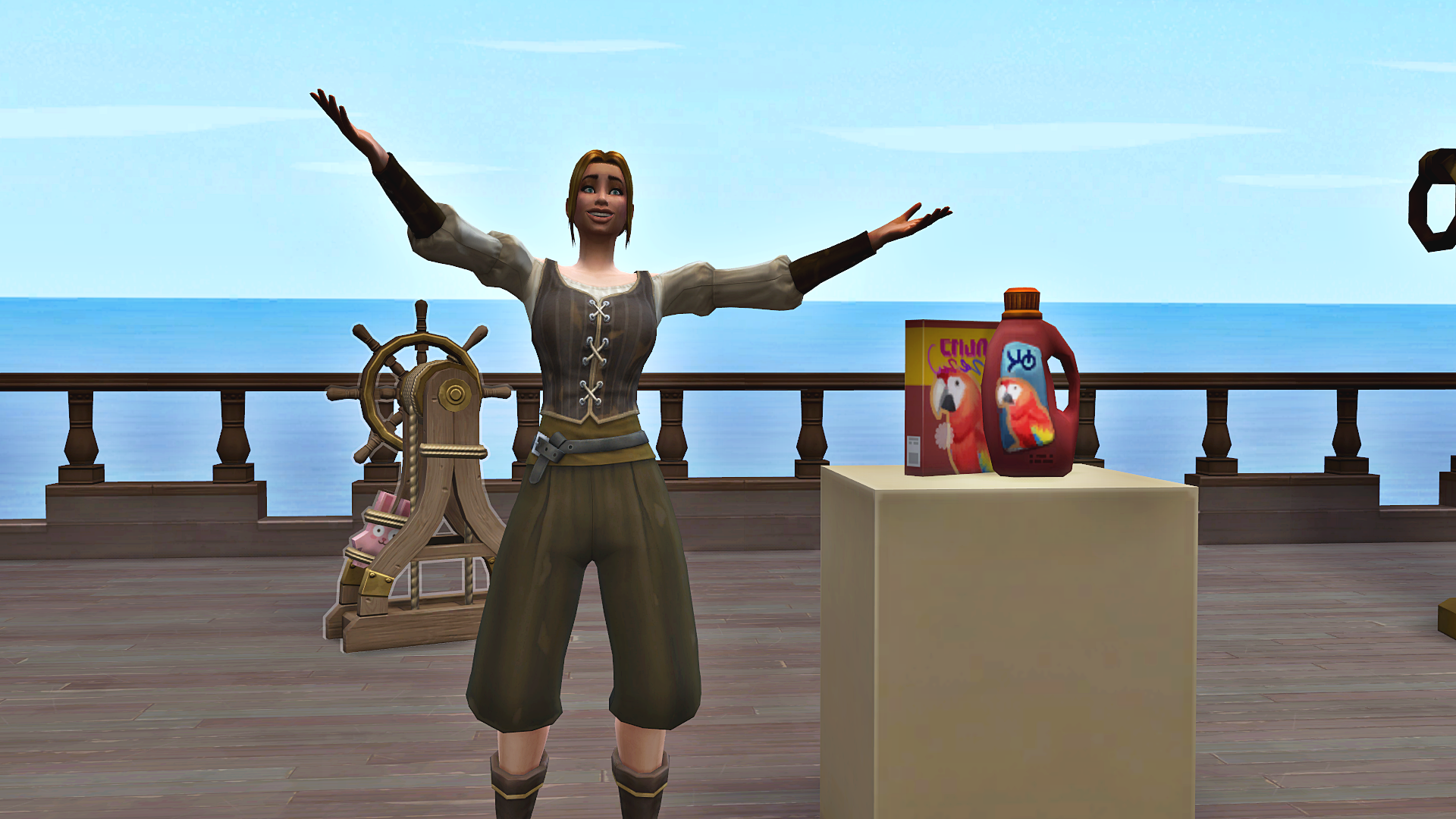 After she finished taping, she pulled out her camera to snap a photo. These days, if you wanted to be famous, you needed an envious social media profile. She added her photo to Simstagram, and waited for the likes to roll in. Yup, she’d be famous any day now. 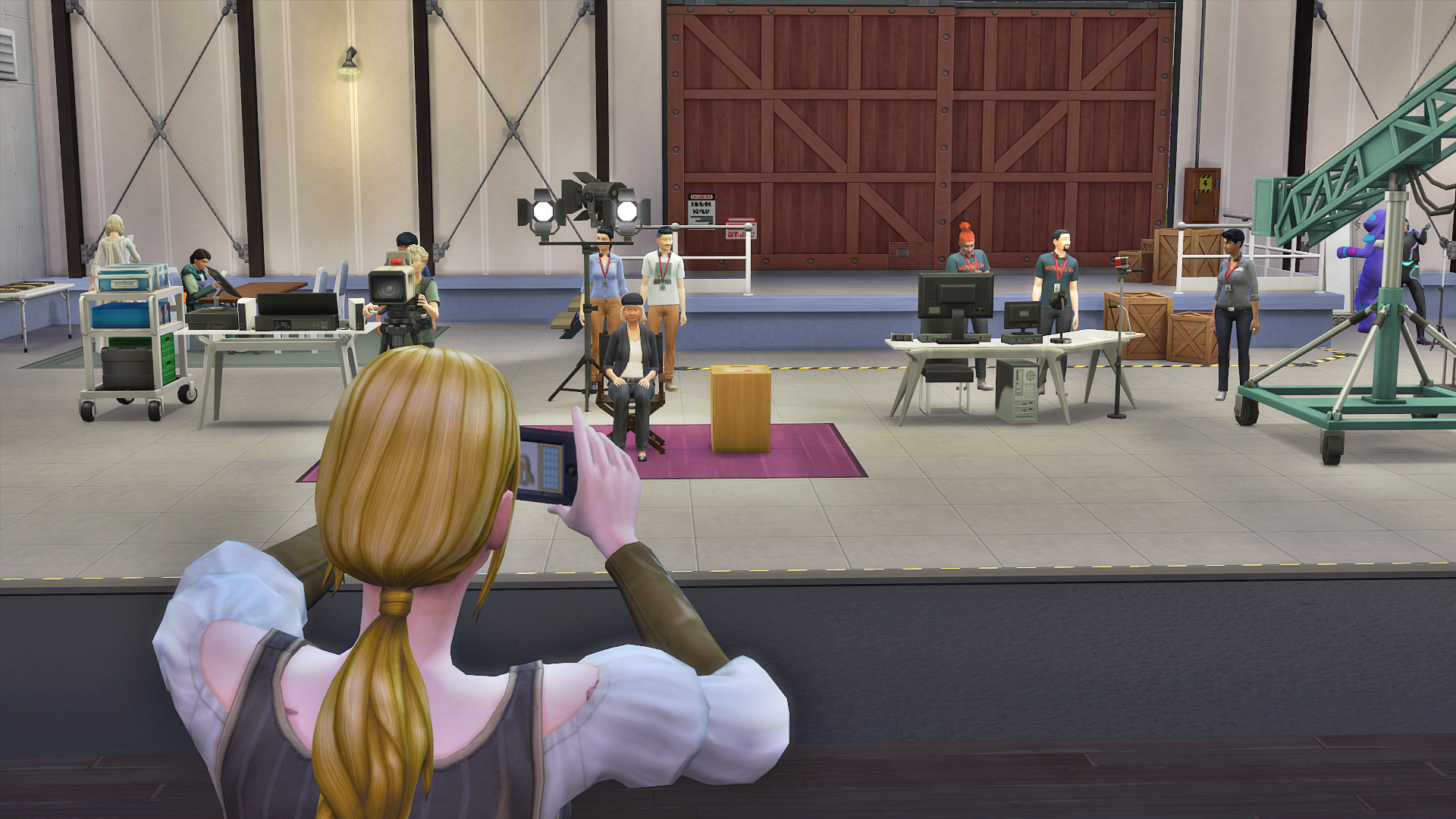 The commercial went well, and before she knew it Juniper was receiving an invitation from Vanessa Le Chien to have a chat at Chez Llama! While just a Notable Newcomer, Vanessa was interested in being Juniper’s friend. That would help her fame and her career to make such connections. Maggie was taking a nap before the two of them were supposed to have dinner. Juniper didn’t want to wake her, so she sent her a text explaining the change of plans and headed out to meet Vanessa. She was sure Maggie would understand… probably. It was worth the risk.

Juniper and Vanessa really hit off. Vanessa was full of gossipy tales about Del Sol Valley and helpful tips to increase Juniper’s fame. Her exact words were, “stick with me kid, and soon we’ll run this town.” 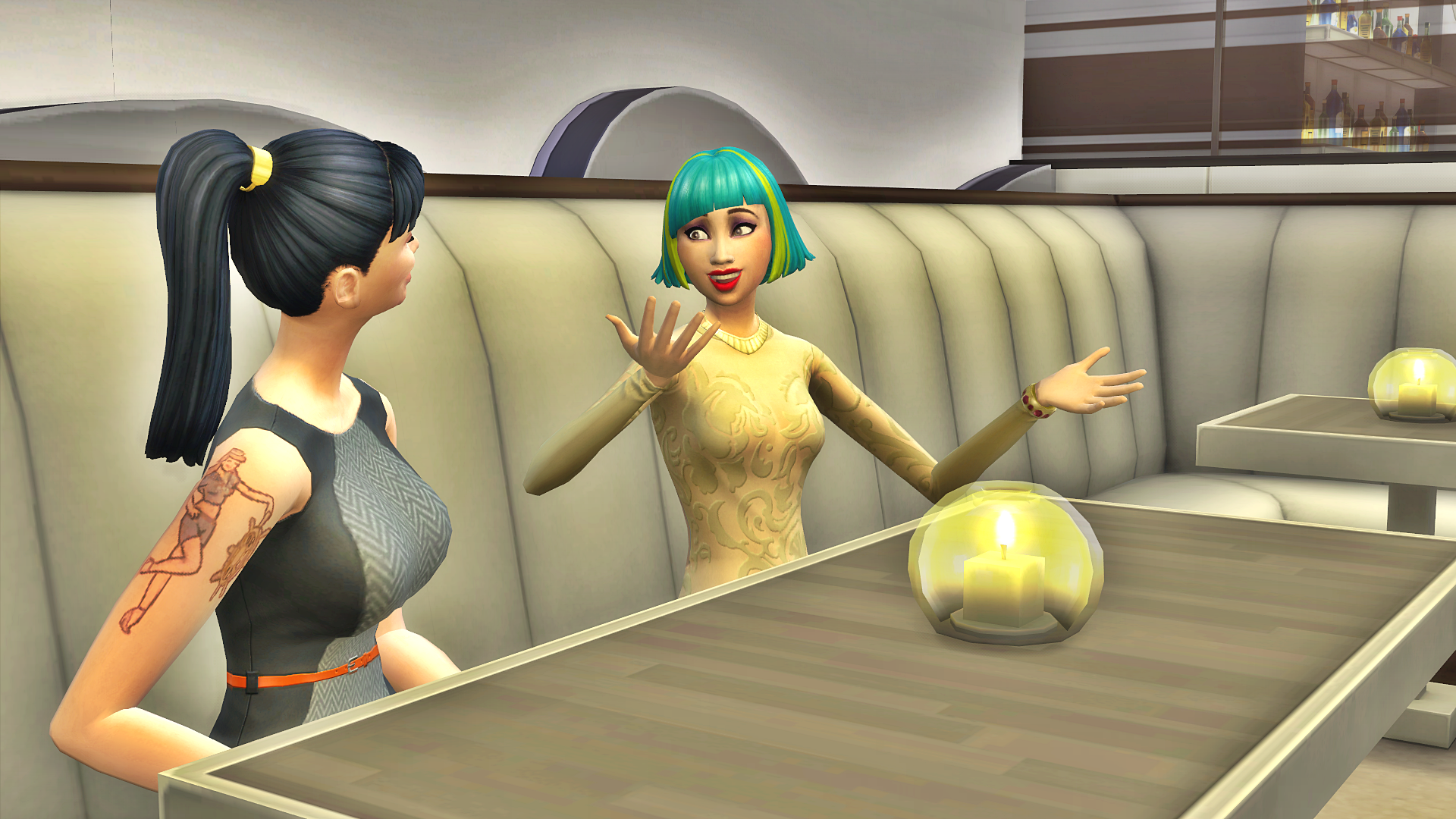 Juniper went home very happy. She couldn’t wait to tell Maggie about how great Vanessa was. Everything was falling into place! #newbestiesarethebestbesties 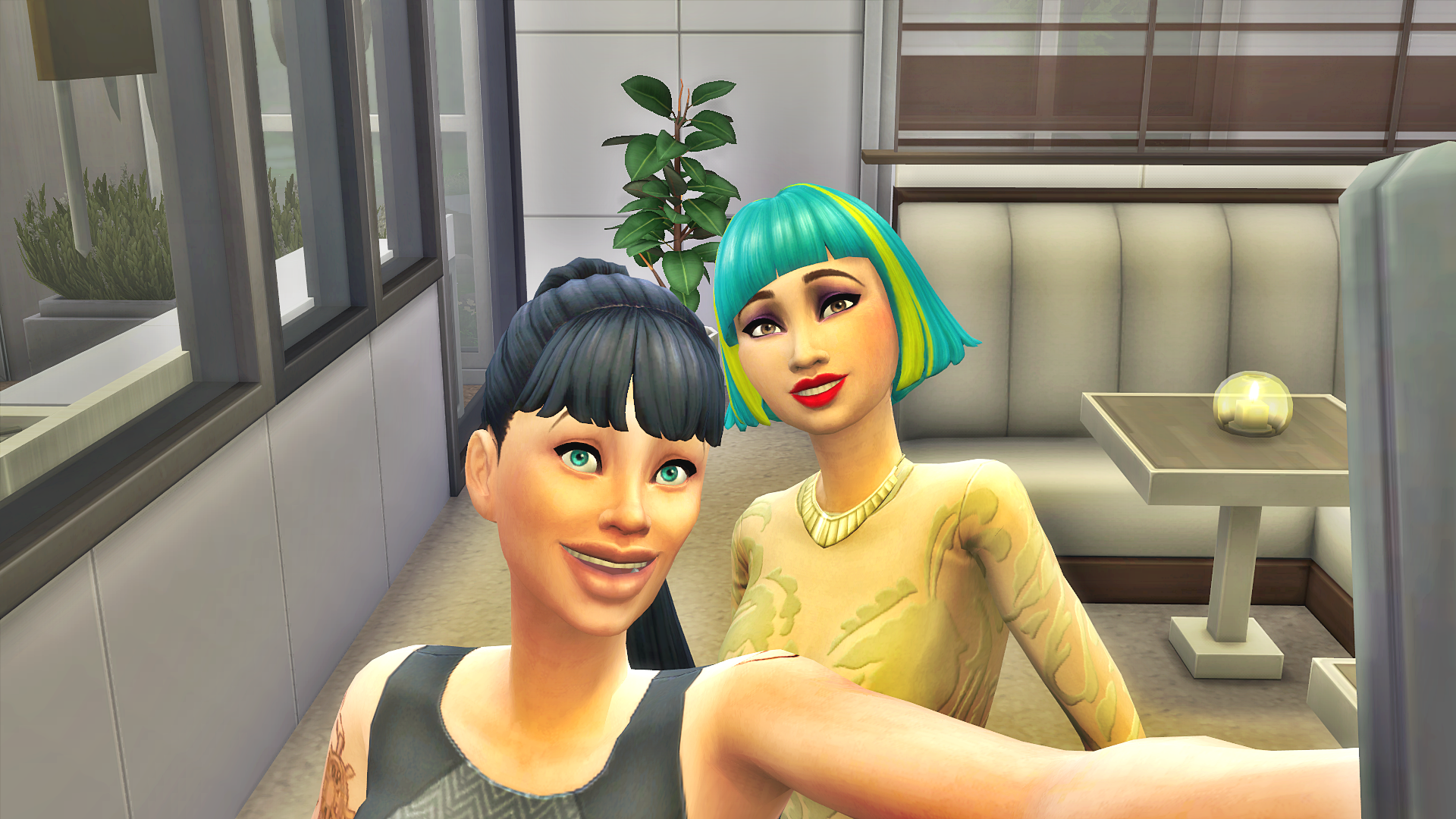 Maggie however had another conversation in mind. She couldn’t believe Juniper ditched her to go out with Vanessa Le Chien! And to post it on Simstagram for the whole world to see! Look world, Juniper Sanders doesn’t believe in keeping dinner dates, not when someone famous shows up! She would give Juniper a piece of her mind whenever she decided to come back home. 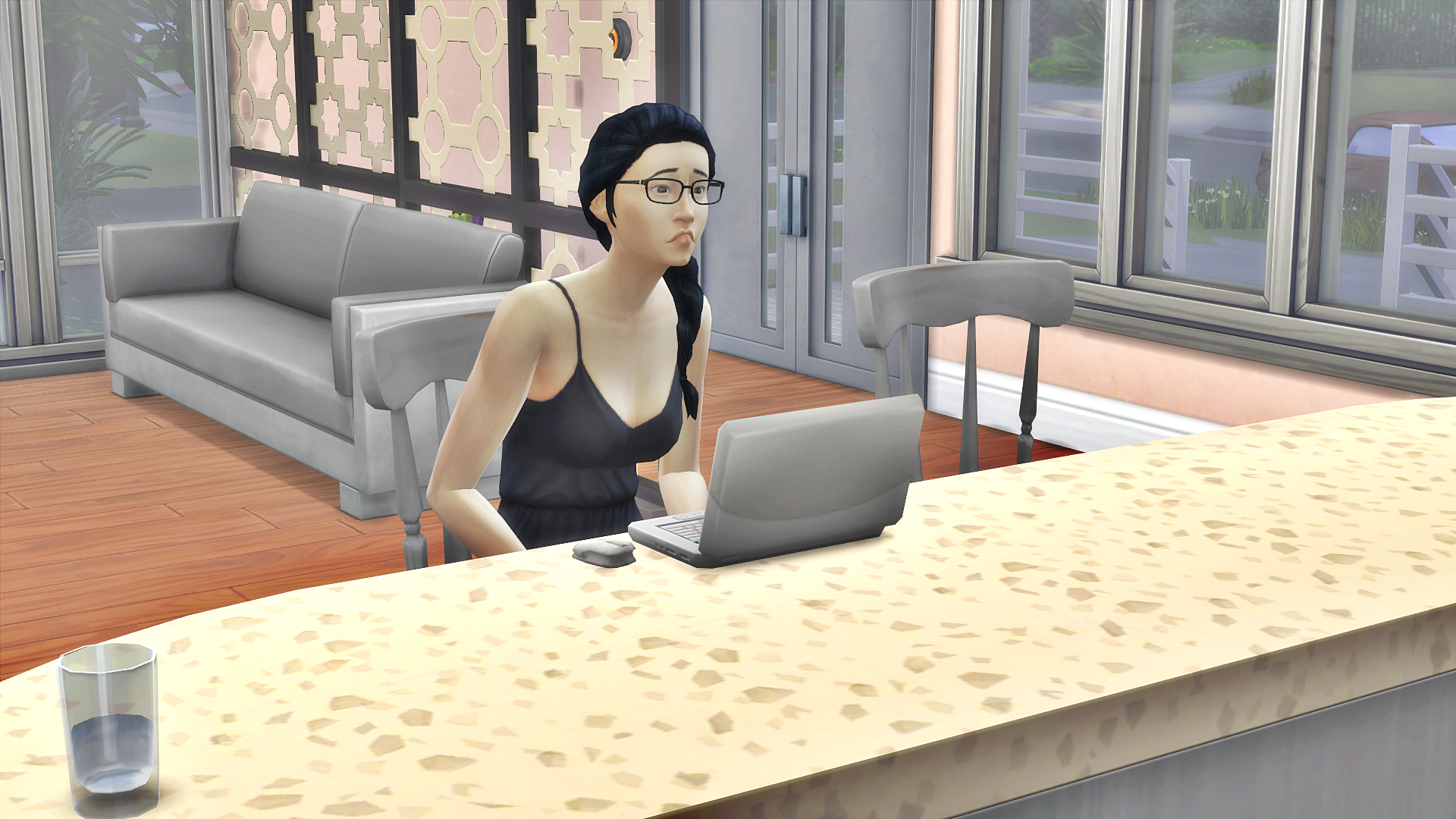