Dr. Elijah Cross was in San Myshuno living his best life, and looking forward to what the future held. 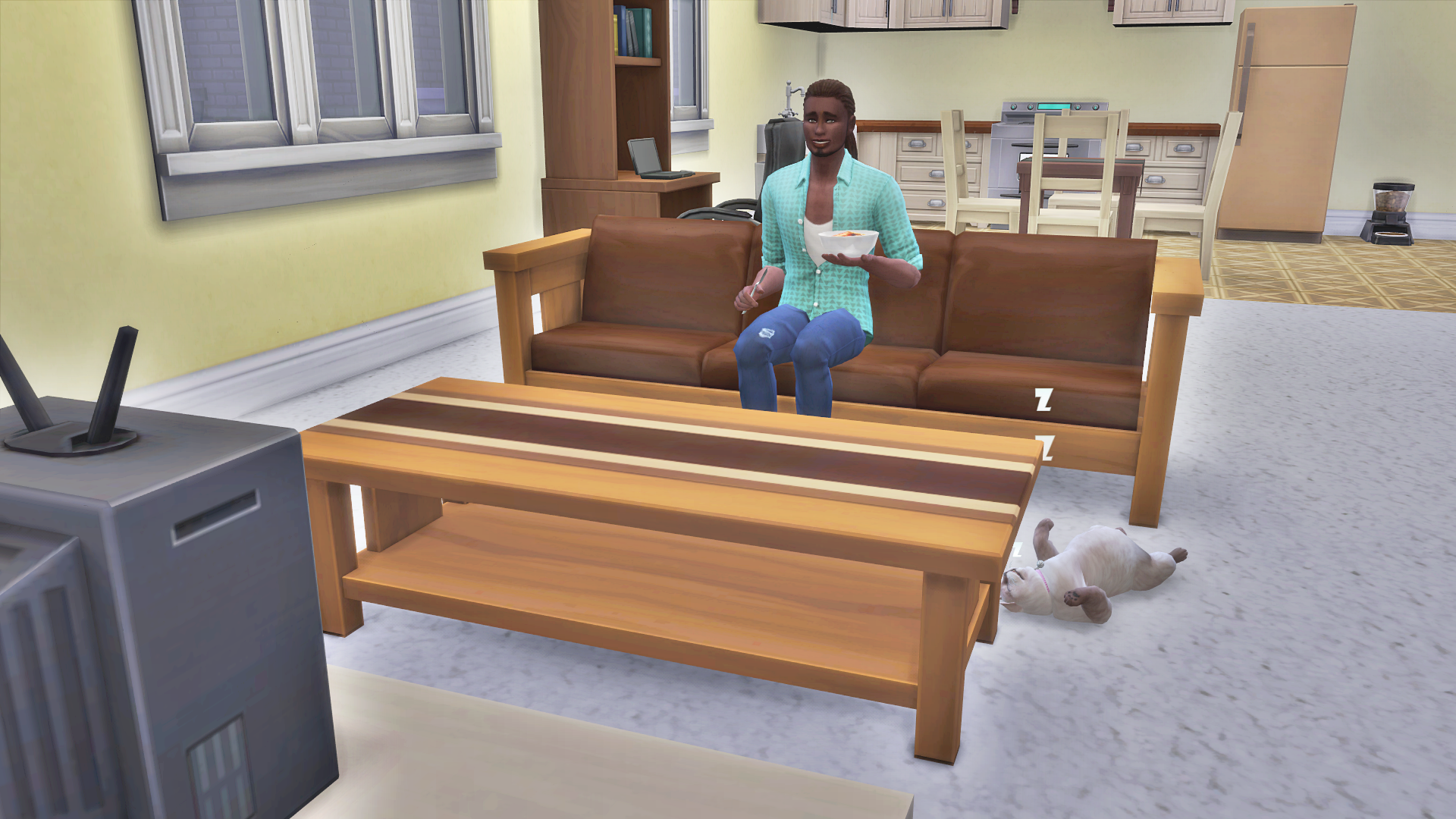 Meanwhile, over on Windenburg Island, a family had just moved in. They are the Friedmans, and they are very happy to meet you! The parents are Ryan and Lupita. Their children are named Maria and Alex (short for Alejandro). Alex is angling for a dog, but Lupita wants him to prove he’s responsible first with something smaller, like a hamster. 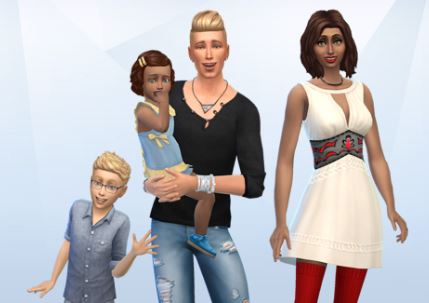 Ryan and Lupita met while on vacation in Selvodorada. Lupita was there visiting relatives, and Ryan was looking to ease his writer’s block. He quickly fell in love with this vibrant and passionate woman, and he felt he had found his muse. After a whirlwind romance, they quickly married, but never considered themselves settled down.

Ryan had great success with his writing career after he married his muse. Now that they had two beautiful children to raise, they wanted to take a step back from the career hustle and focus on their new dreams. Ryan was all about being a parent, and he would continue writing novels and picking up freelance gigs in whatever free time he had left. Lupita wanted to focus on her new passion: politics. She supported the cause of No Sim Left Behind because they cared about education, healthcare, and upward mobility. She knew she could make a difference if she could get the people to listen. 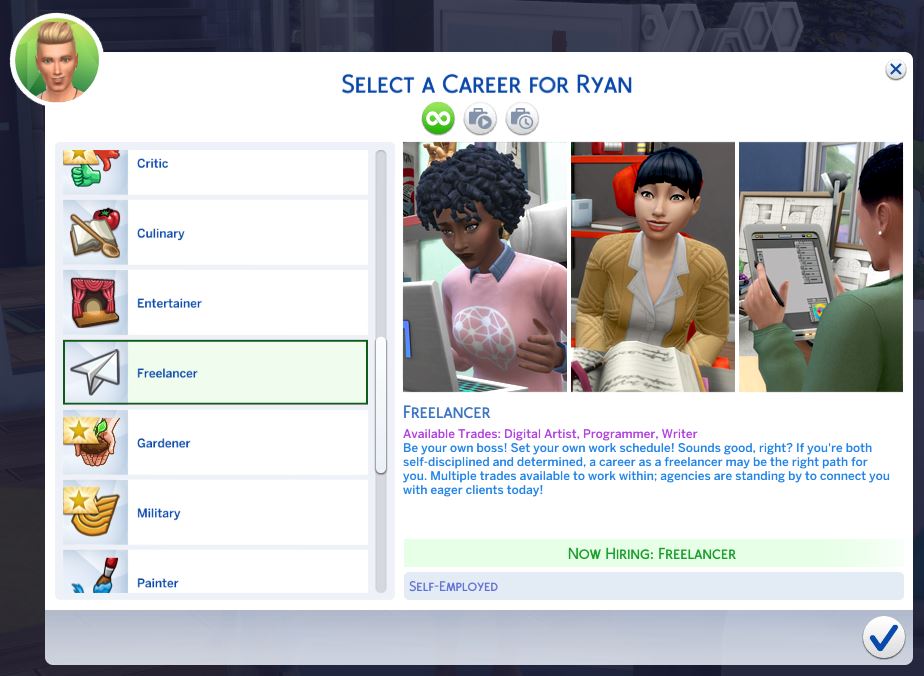 The Friedmans found a nice house on Windenburg Island. They bought the house as is to save money, and figured they would make it their own over time. As a sign of Ryan’s recent career success, they had plenty of room to roam about the house. Ryan hoped that their big new house wouldn’t make it hard for the family to spend time together. The first thing he did after moving day was check in on the kids to make sure they liked their new bedrooms.

First he joined Maria at her dollhouse. Ryan had literally never played dolls before, but he quickly got the hang of it. 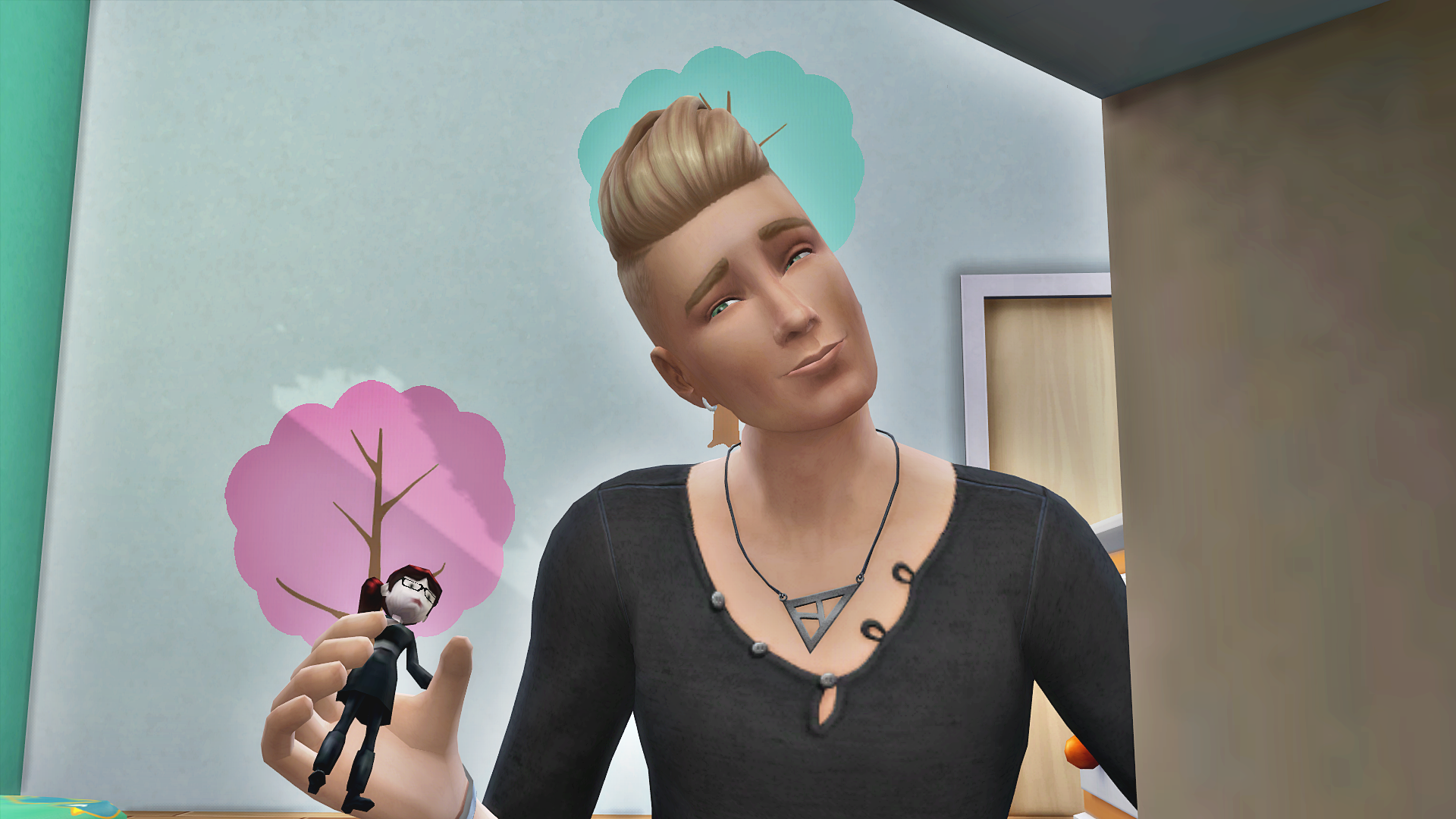 Maria also seemed to love her new big dollhouse. Or maybe she just liked chewing on the new dolls. Either way, she seemed happy. 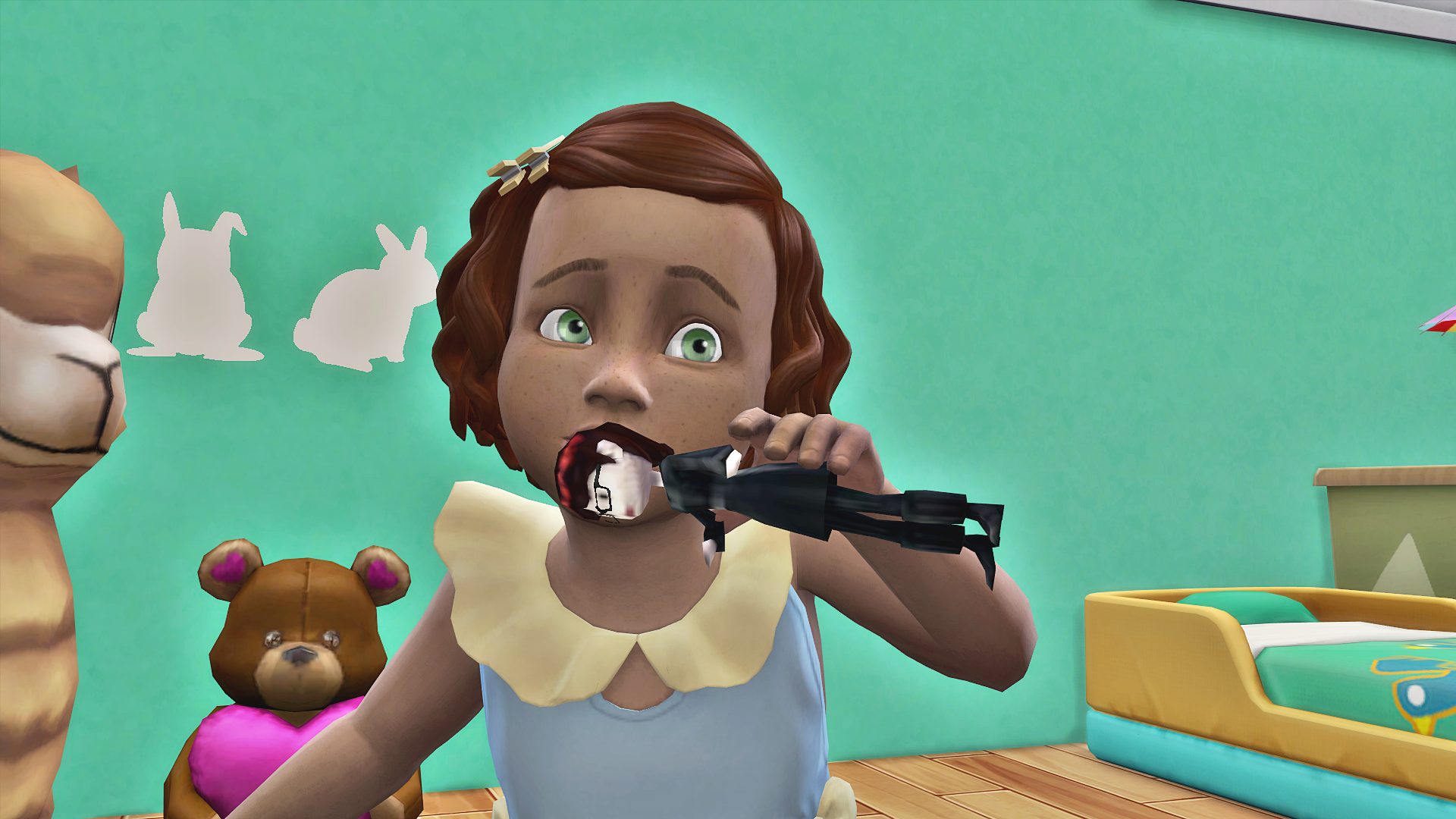 Alex was doing his homework at their new dining room table. He said he didn’t need any help, so Ryan started dinner. So far, this new domestic life (still not settled down!) was going well. 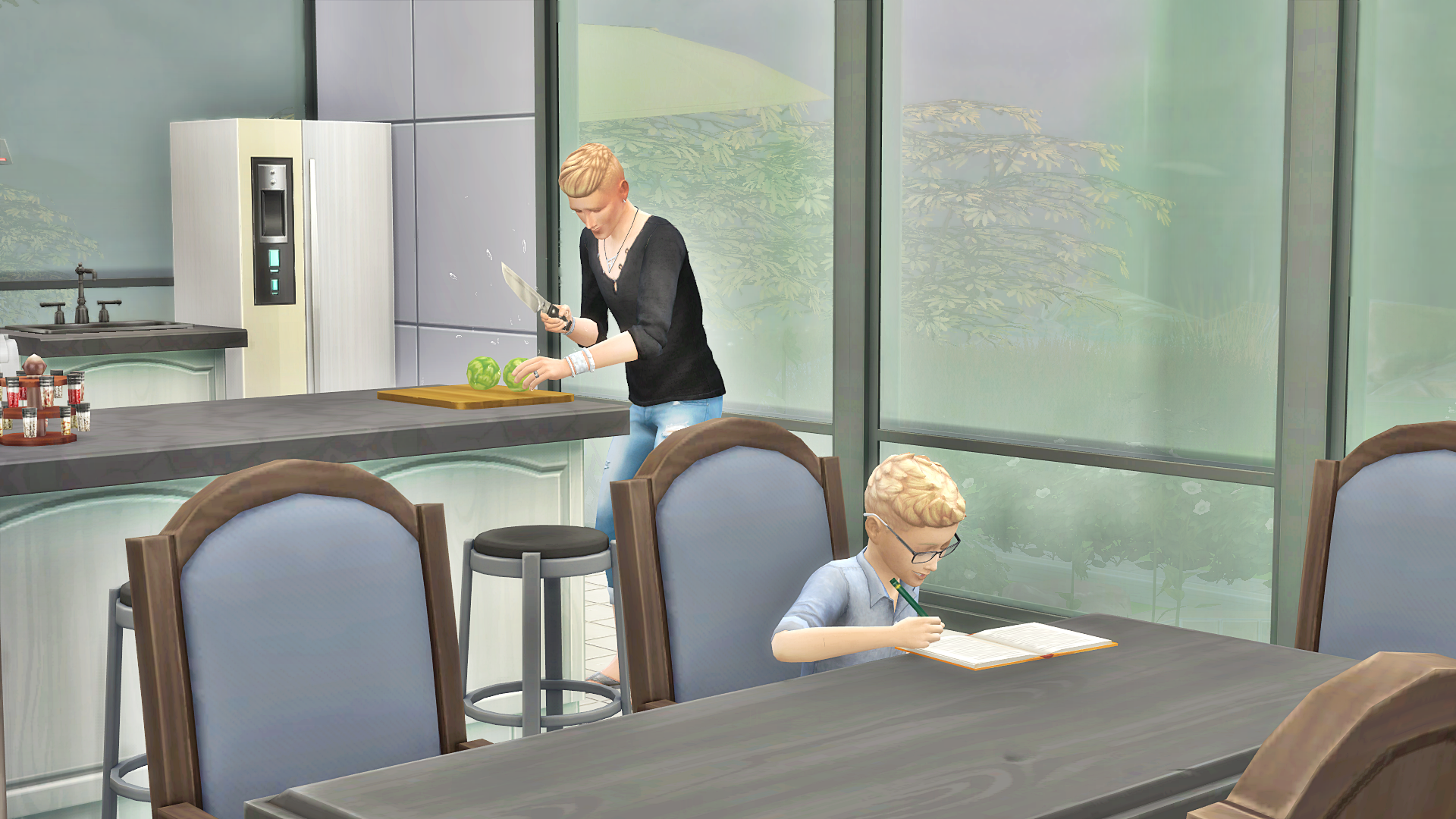 Lupita decided to try and potty train Maria, but since Maria was a very independent toddler, she was already on the job herself! Hopefully it ends well. 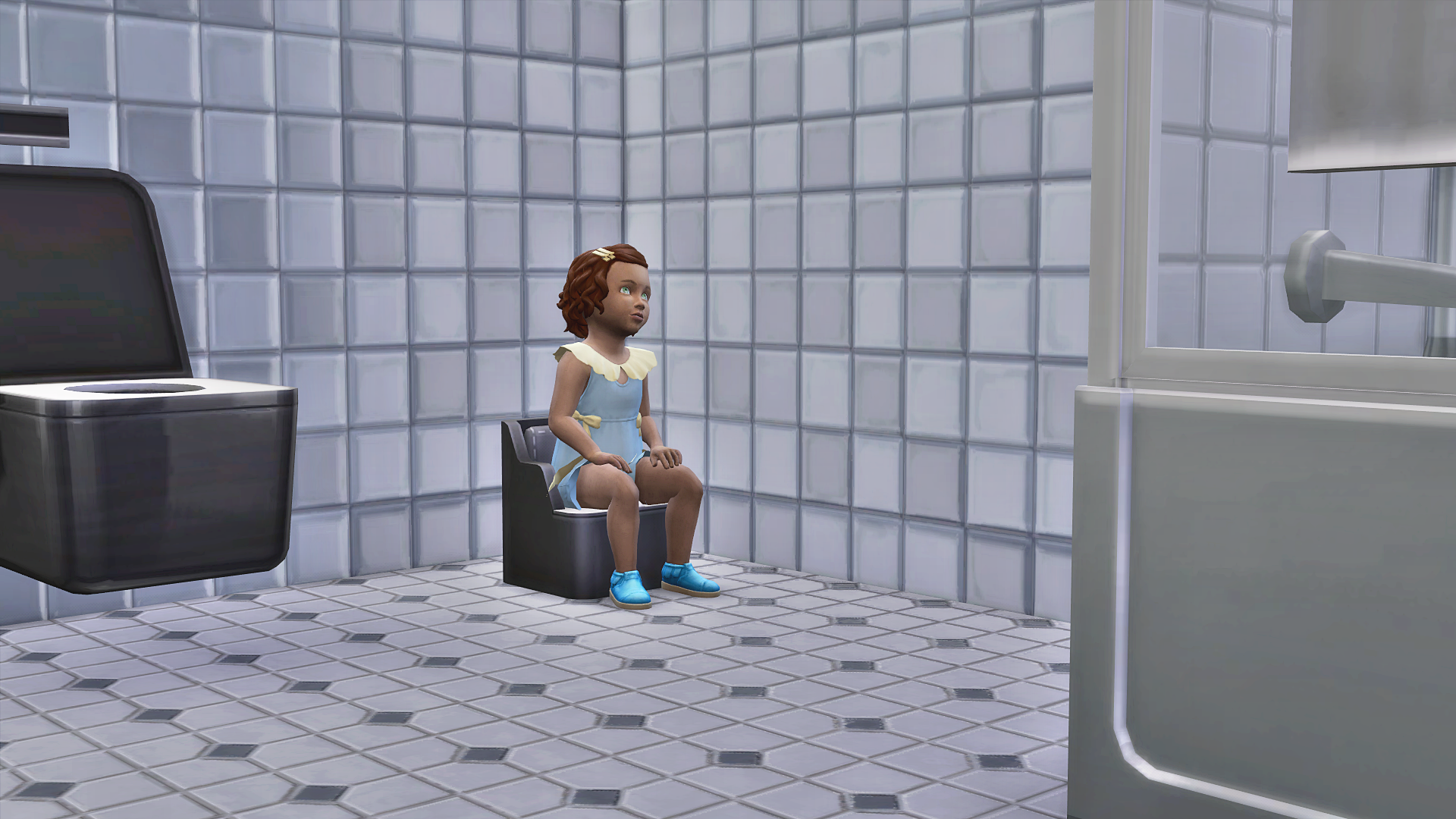 Ryan and Lupita were feeling very lucky. It was easy to put most of your focus into parenting when your kids barely need you, and they both secretly wondered why other parents said this was hard. 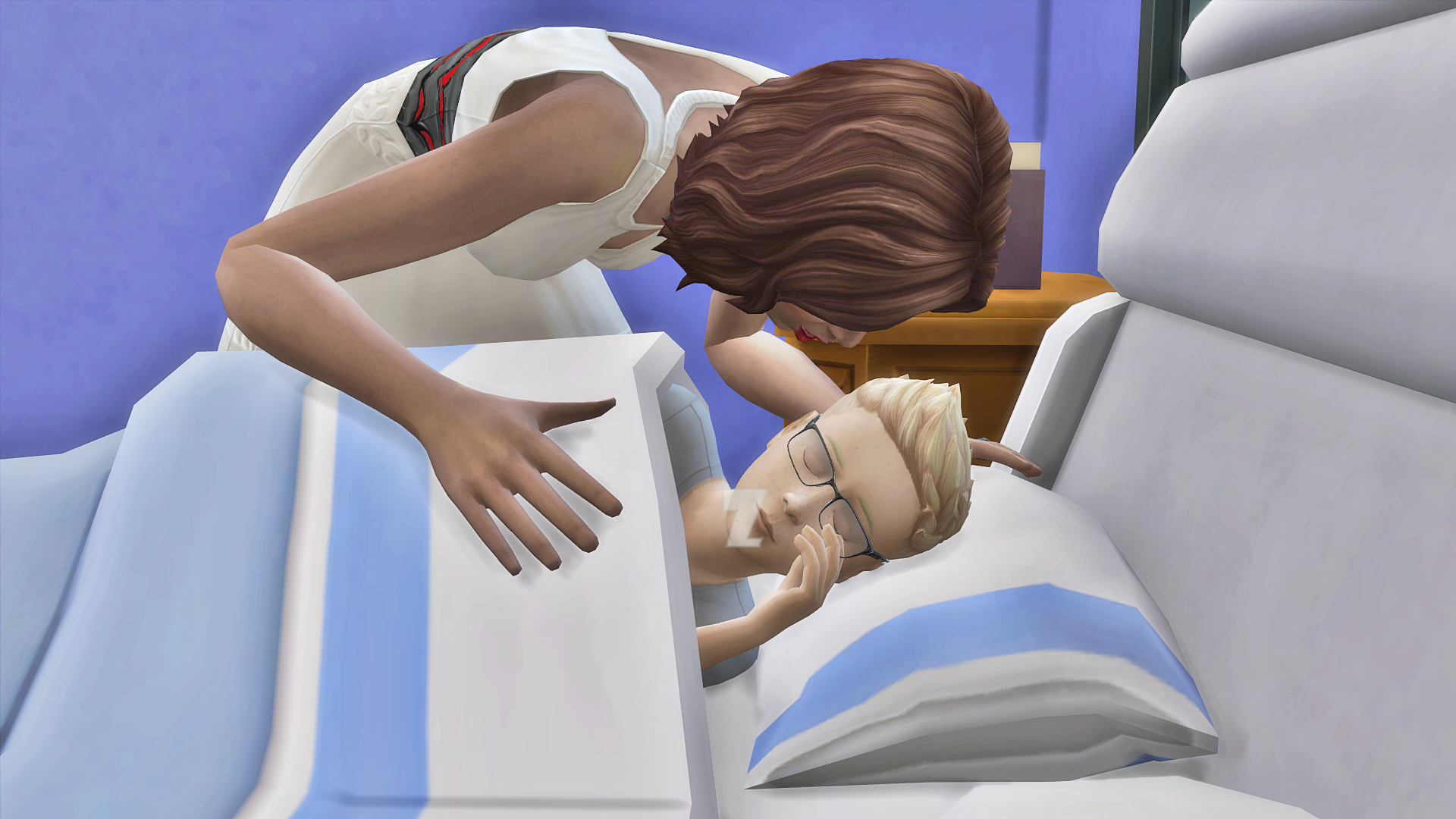 They sat on the couch to talk. Ryan said, “so I’ll make Alex’s lunch for school while you get Maria ready for the day. Then if you go into work, I’ll handle Maria, and on days you work from home, I’ll write.” Lupita responded, “sounds perfect mi amor, and on weekends we’ll explore Windenburg and gain inspiration for our work.” Ryan smiled at her and said, “you know you’re my muse, you’re all the inspiration I need.” 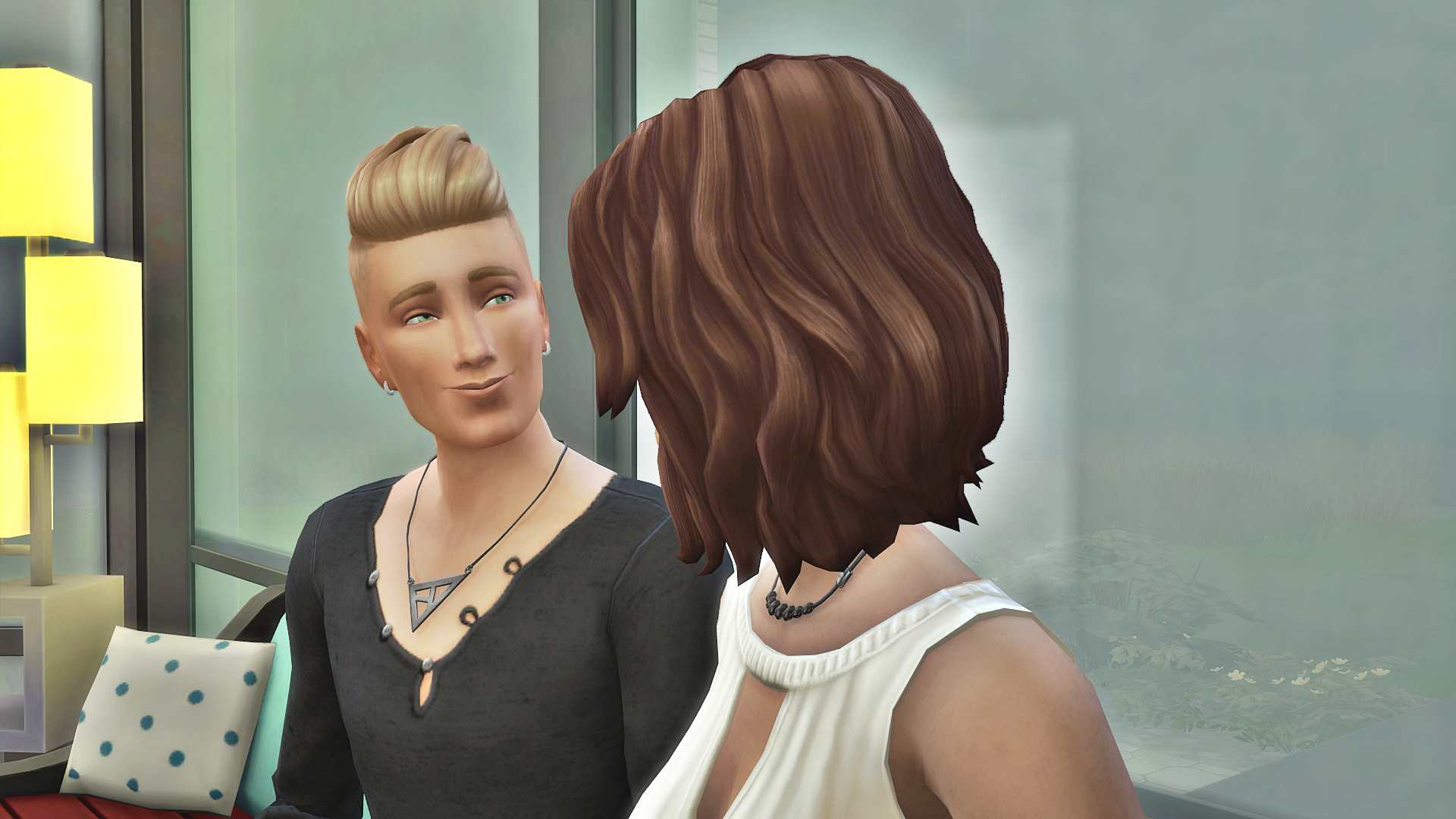 With their best laid plans all planned out, Lupita and Ryan got ready to go to bed. “We got this, right?” asked Lupita. 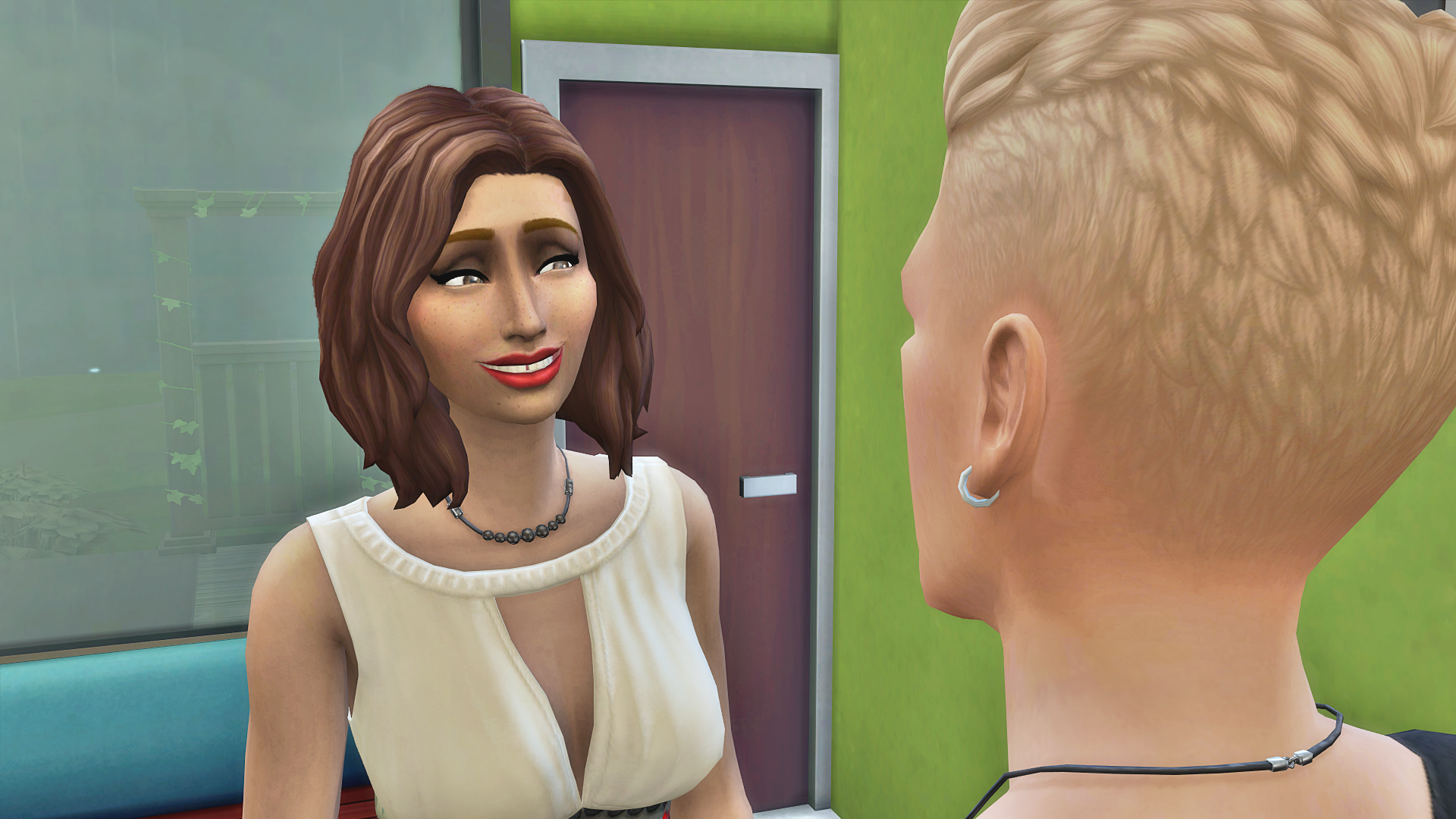 [Author’s Note: So I seriously love this family! I got their traits and aspirations and whatnot from one of those random website for the Sims 4 that randomly generates everything. I completely forgot to make Ryan & Lupita spouses when I made the family, so they were just acquaintances who shared children at first. These two still somehow fell in love the first day, probably the independence of their children helped. Hopefully you all enjoyed getting to meet the family, and I cannot wait until we get to the next household!]