The day of birthdays had arrived. The entire Blank family was aging up. Bo & Heaven were aging up to Adult, Gem & Asa were aging up to Young Adult, and Sky was aging up to Child. Bo still had not attended a real Sim birthday party, but he did not worry about that anymore because pretty much everyone who would get an invitation knew he was an alien.

Bo thought about who he might want to invite to this birthday party. By the time he added up family, friends, and the friends/family of those people, he was thinking of over 75 Sims. Life was so different from on Sixam. Back then, he would not be able to come up with 75 guests for a party if his life depended on it. Bo decided to invite everyone, and just wait and see who all showed up. What was the worst that could happen?

Bo, Asa, Gem, and Sky arrived to the park with a cake in tow. Soon enough, the guests began to arrive. 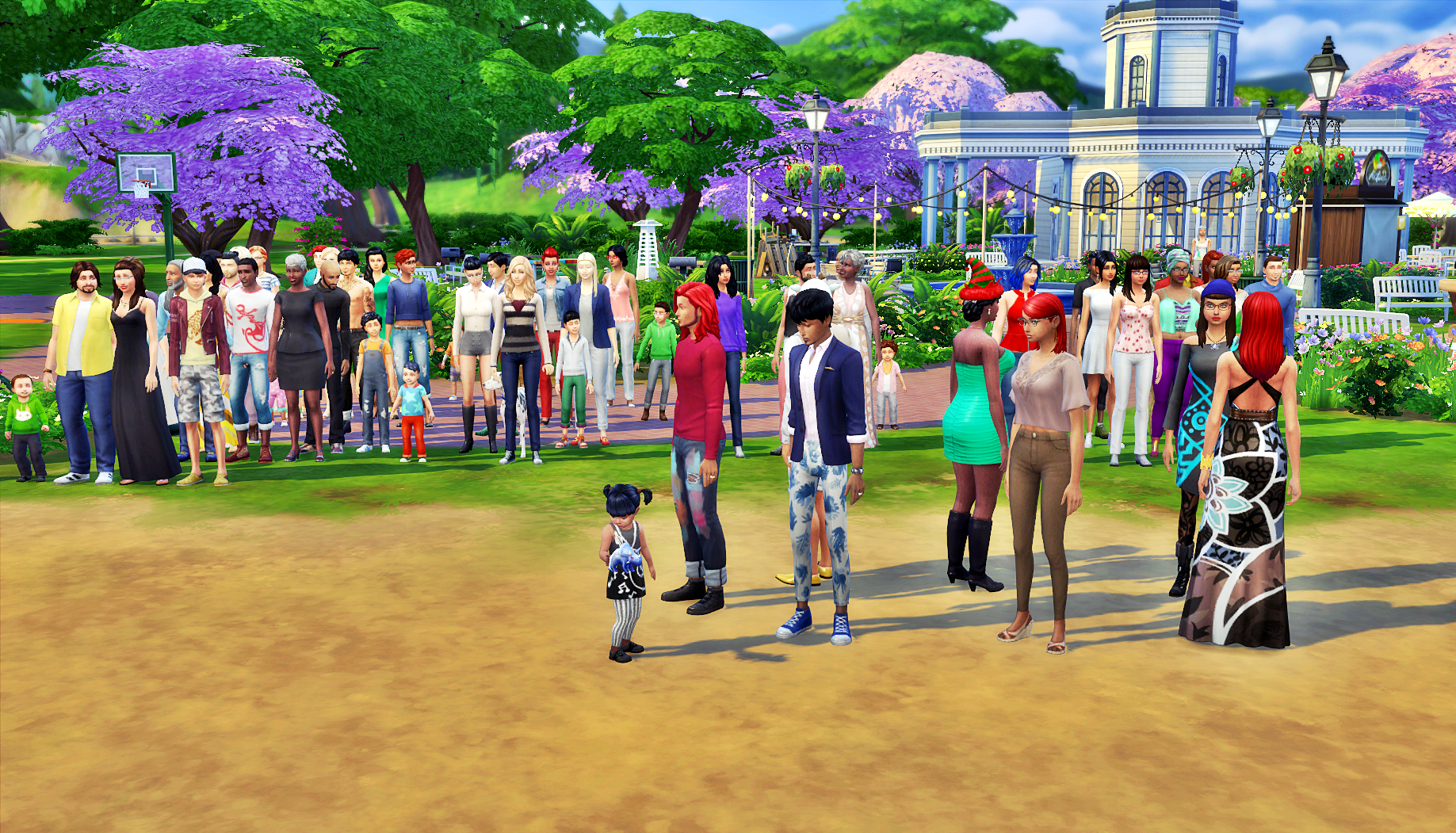 Way more people than Bo expected showed up for the part. But they all could not stay, some just came by to give birthday wishes then headed off to work or home for dinner. But those who stayed seemed to really enjoy all the new amenities the park in Willow Creek had to offer. 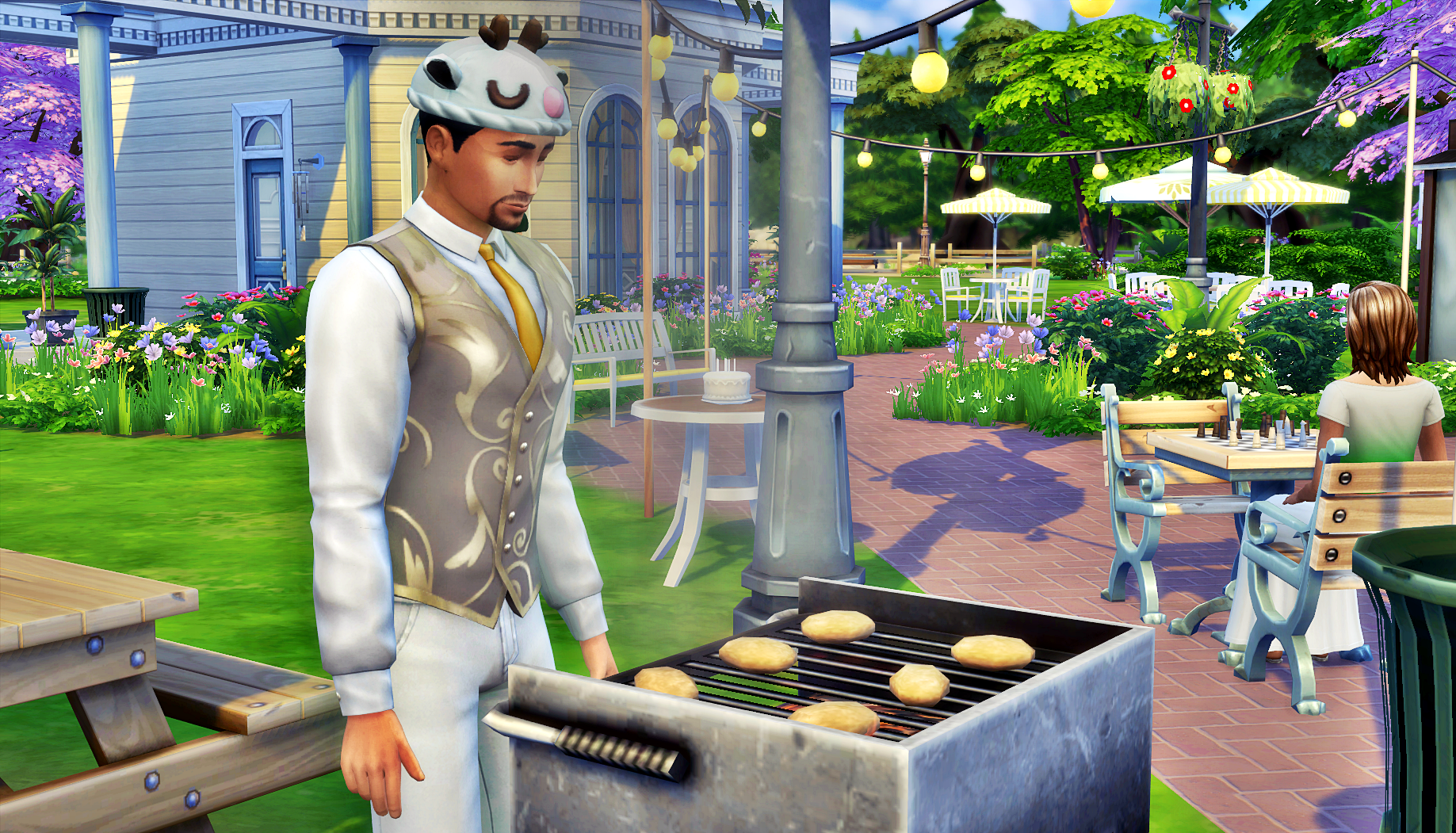 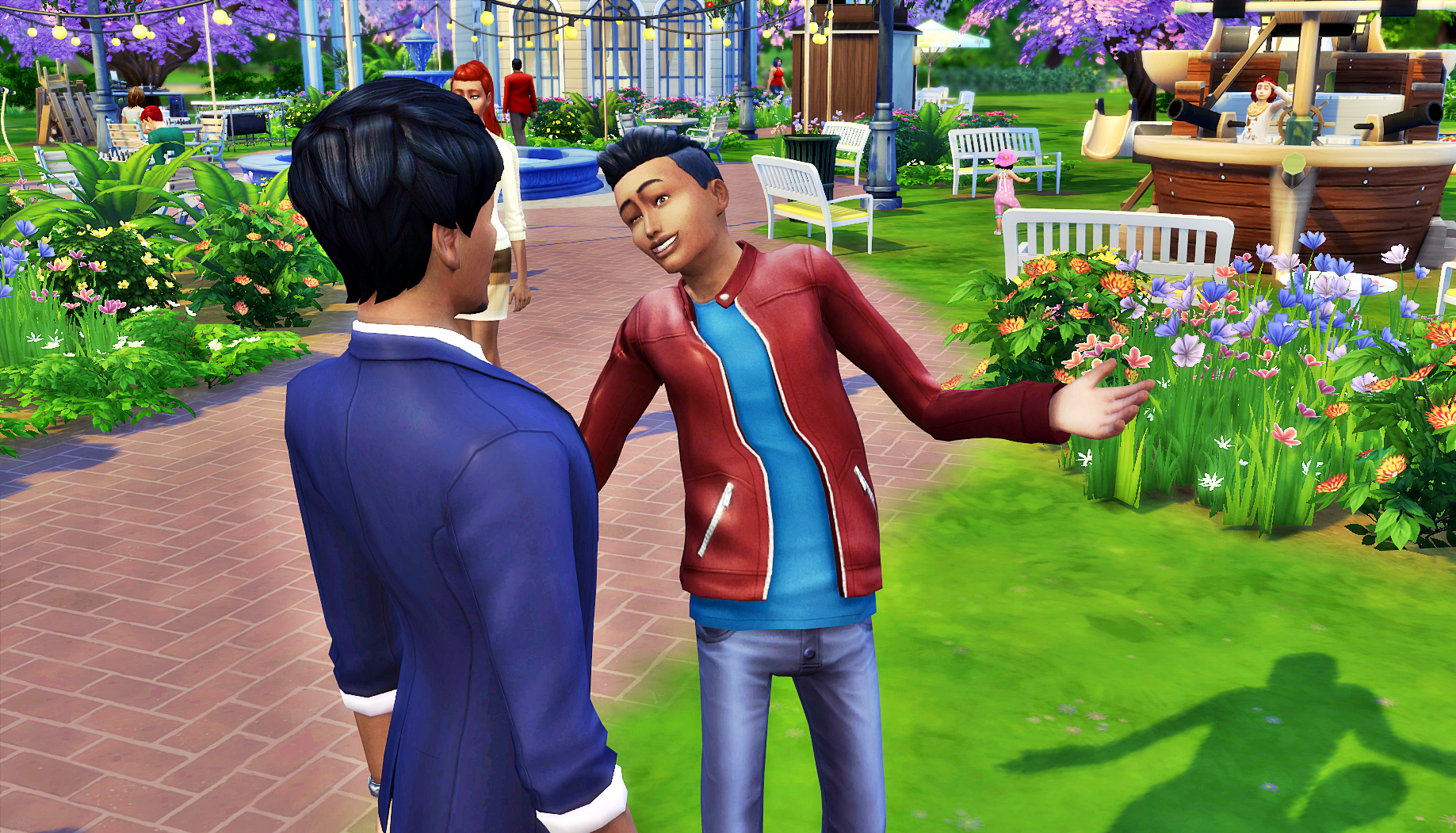 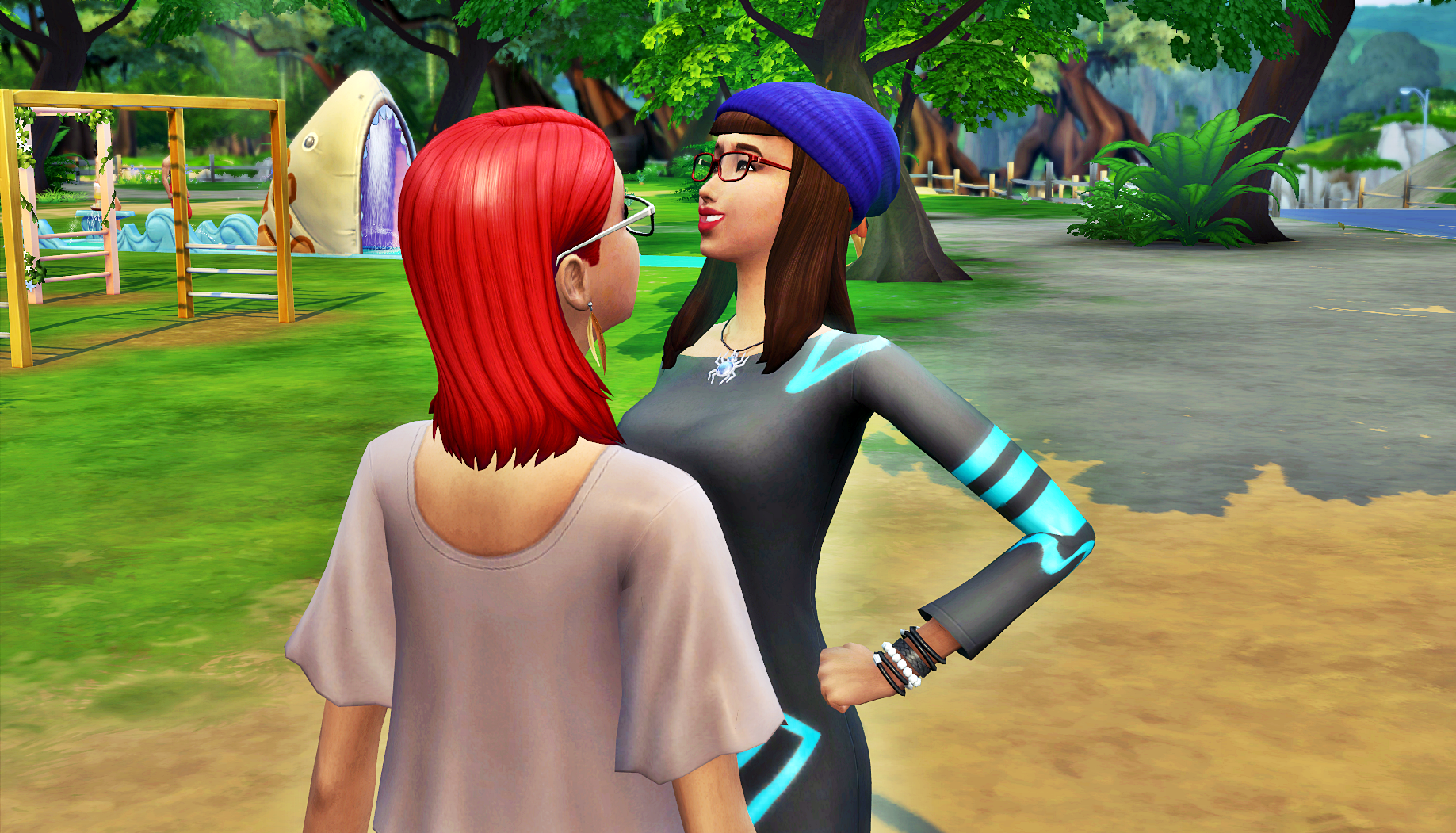 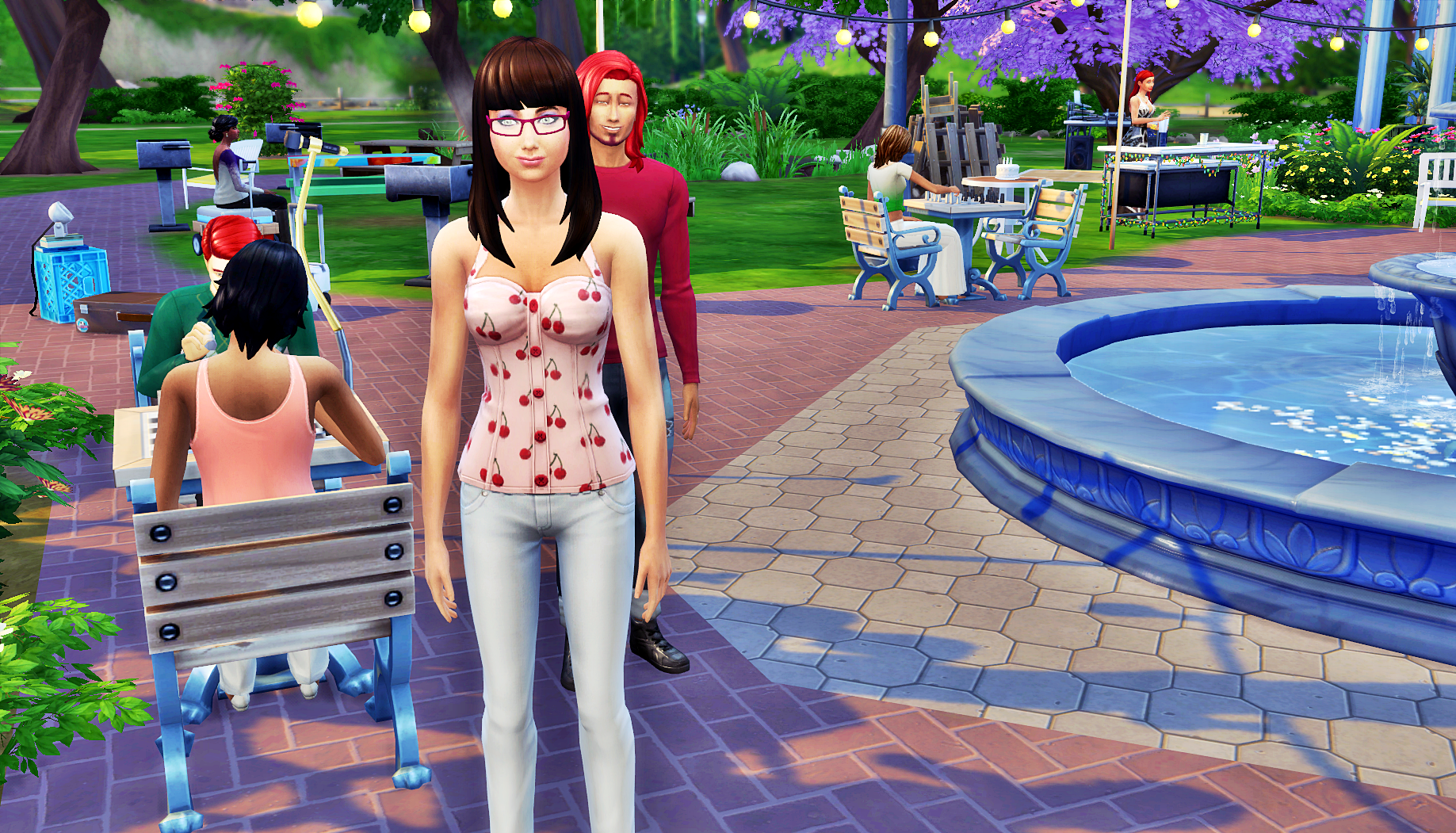 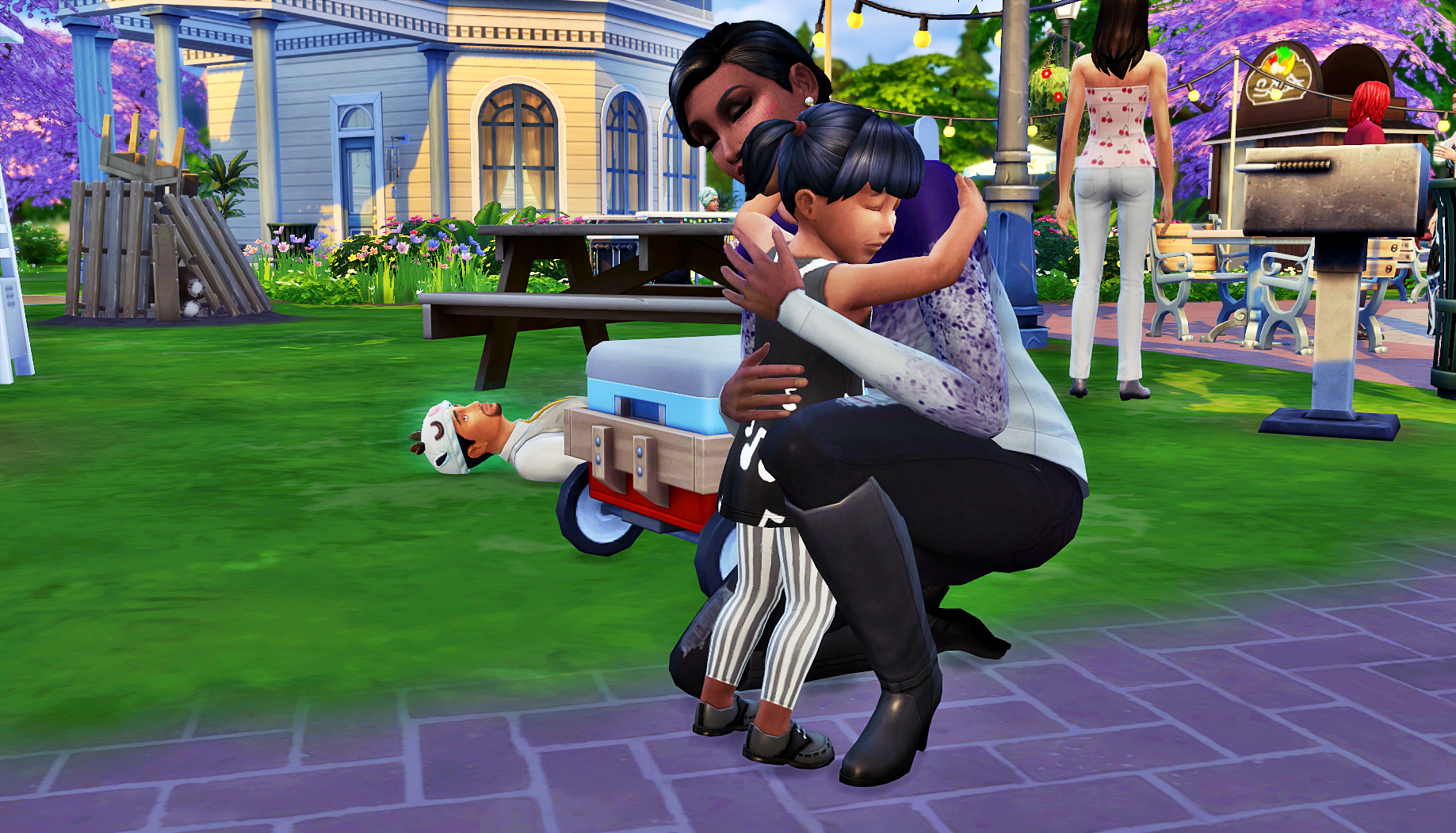 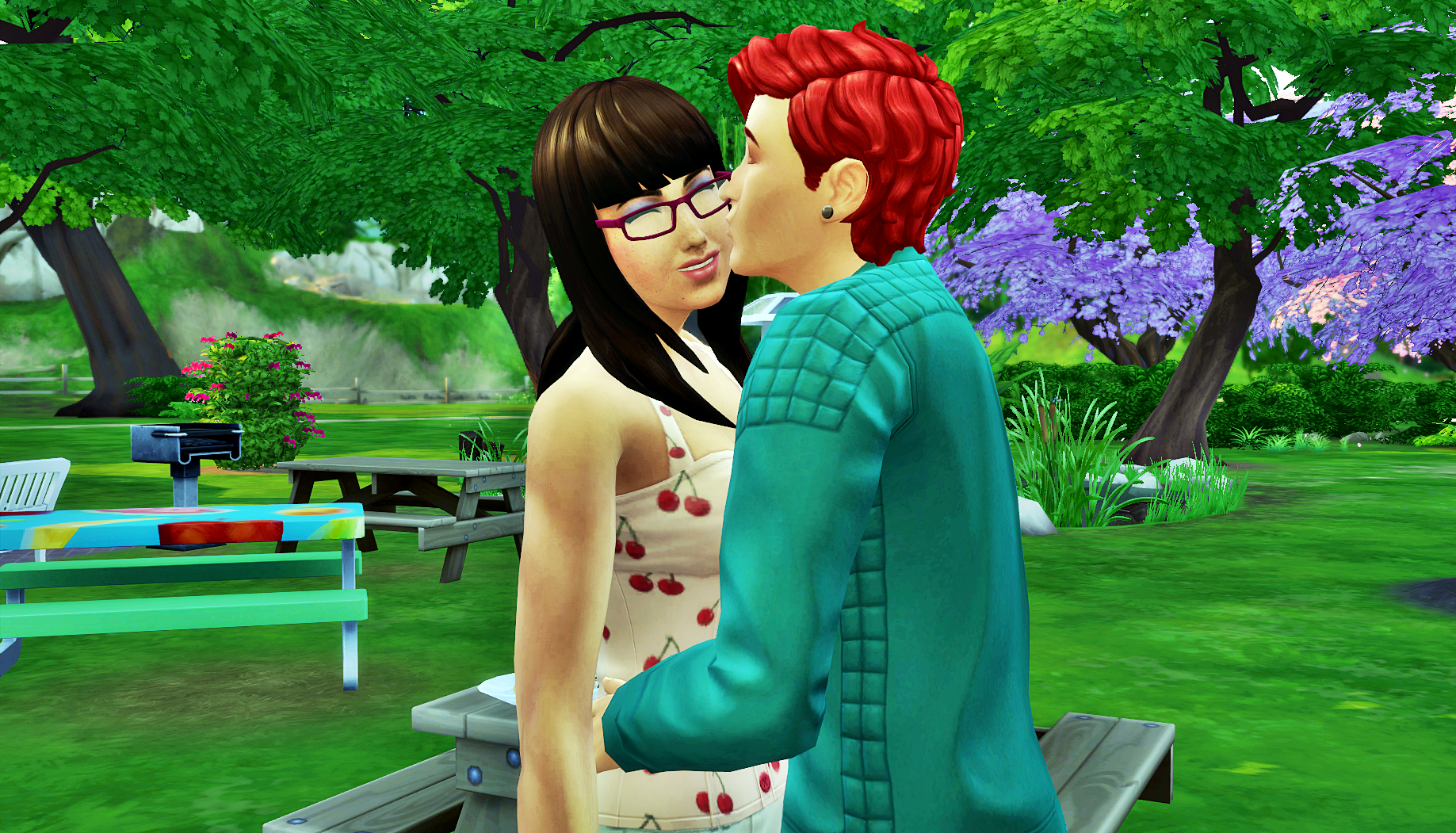 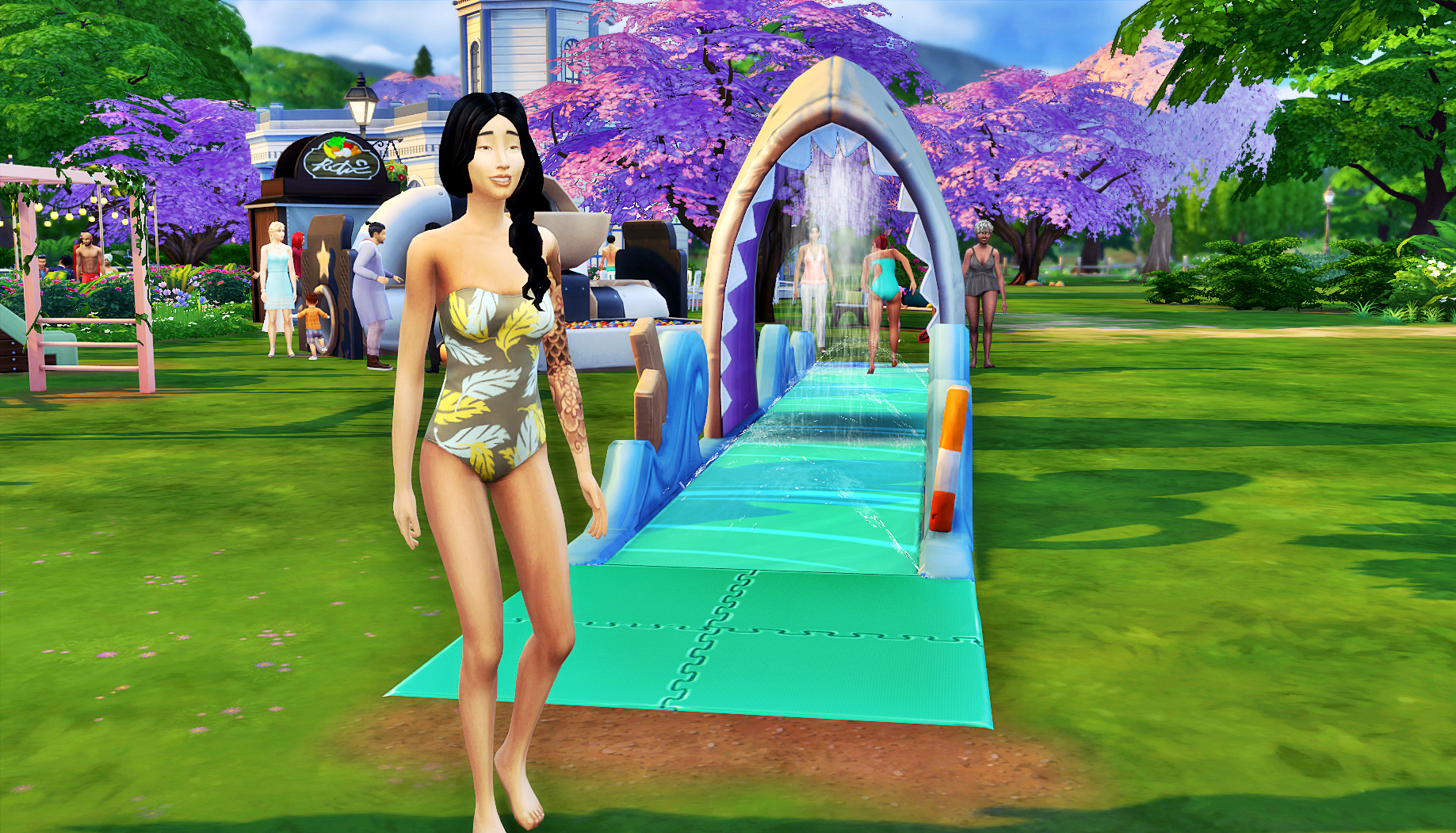 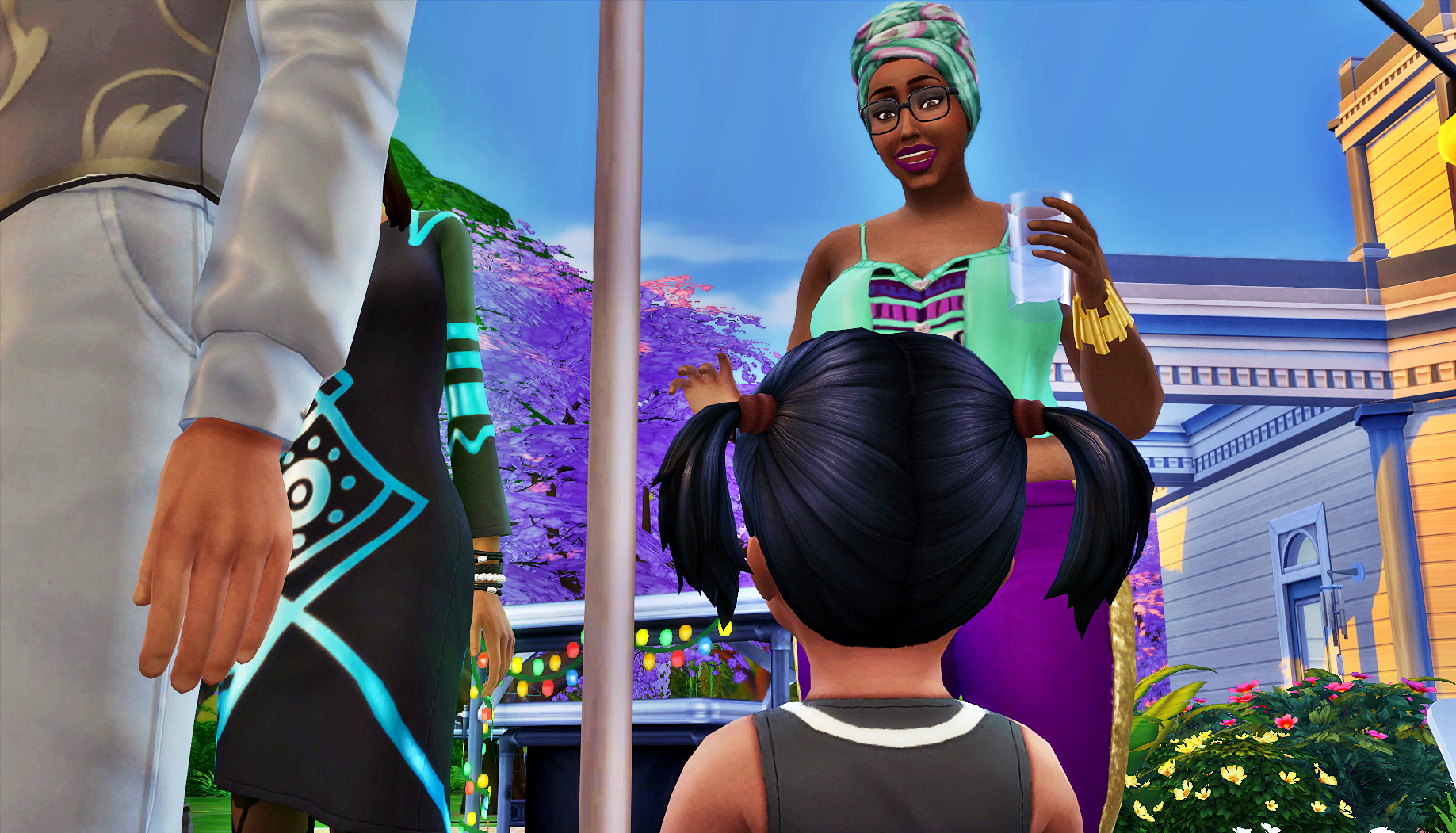 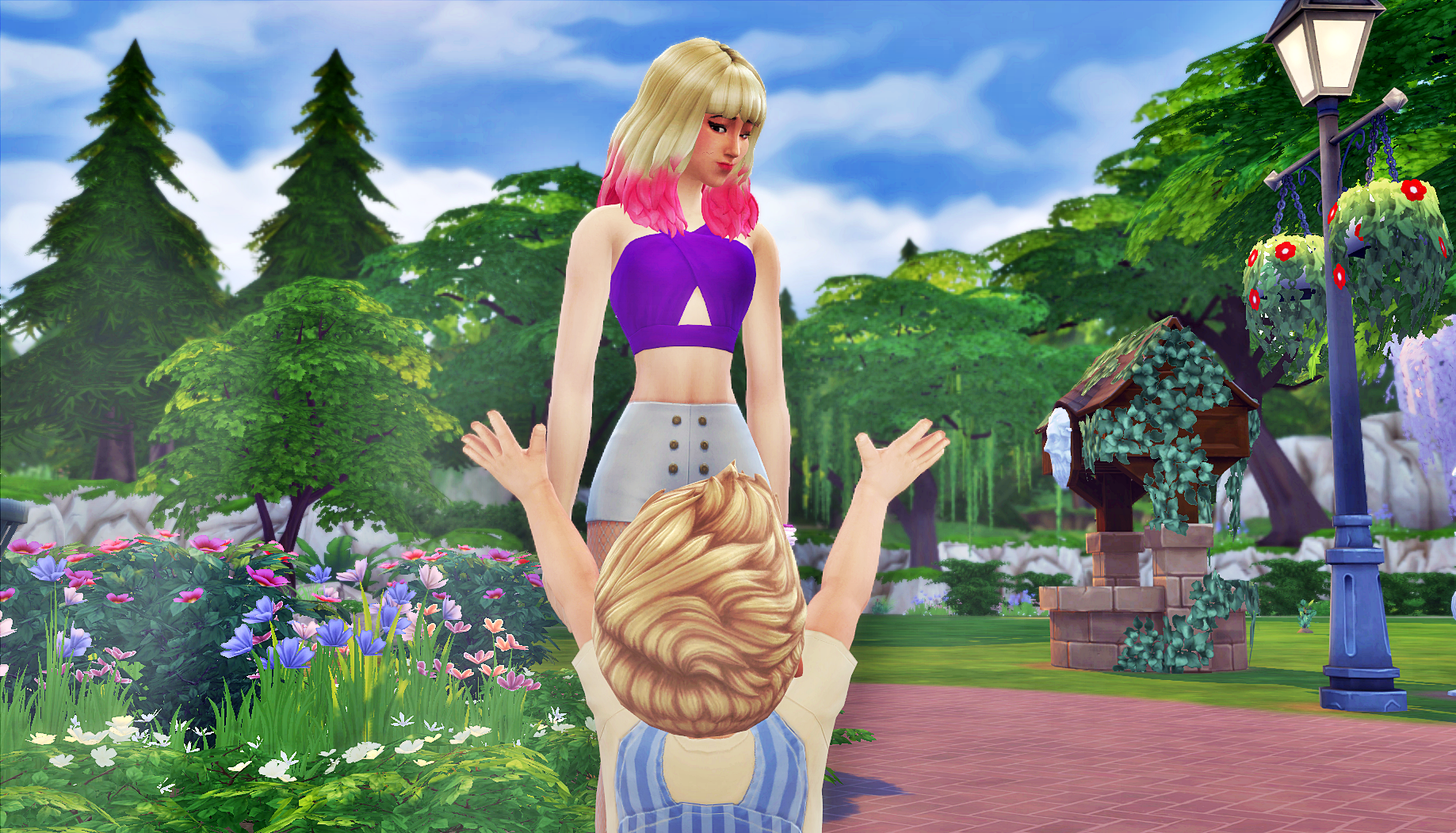 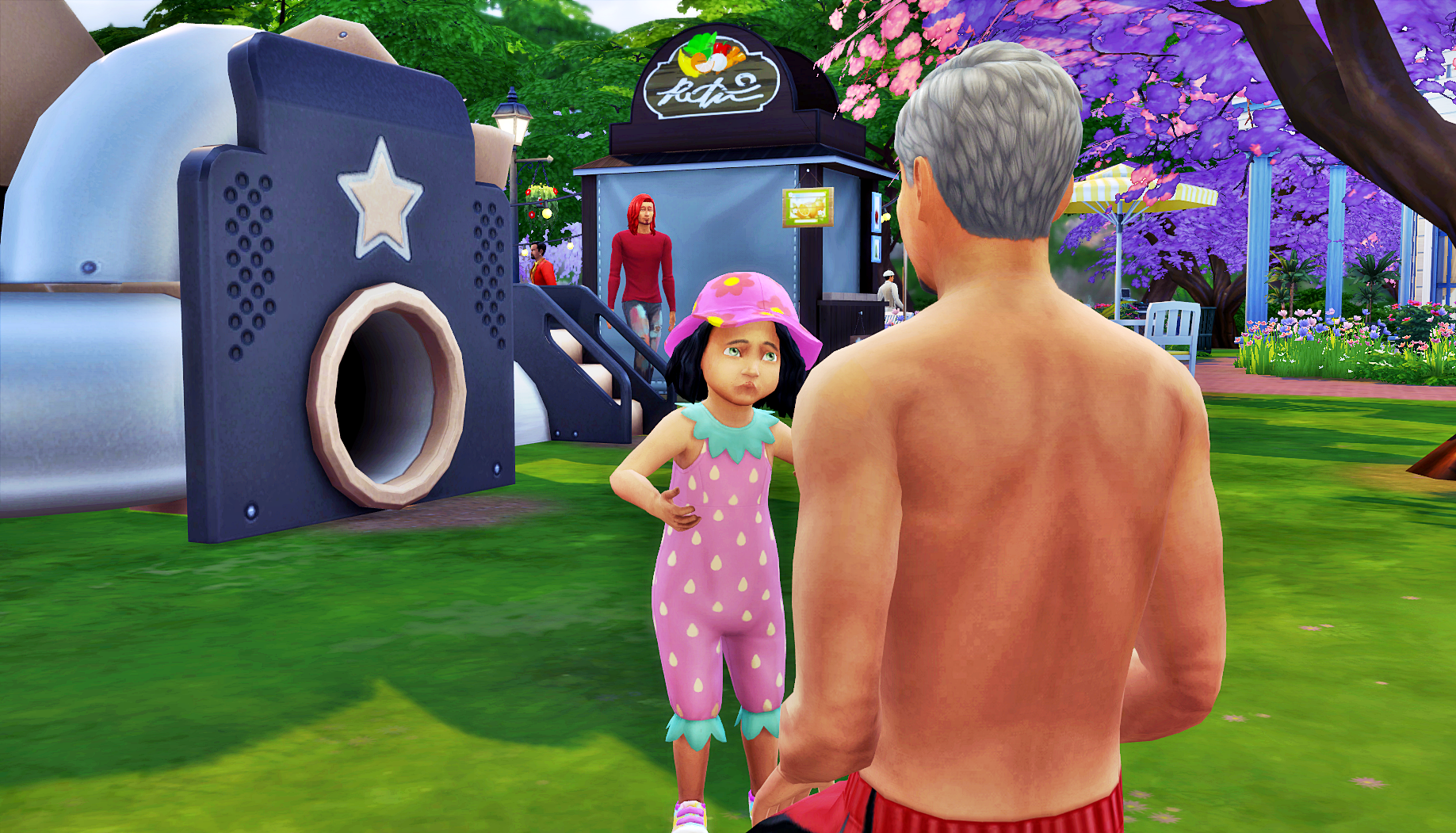 Finally, it was time to blow out the birthday candles. Bo wisely chose to relight the candle on one cake rather than to make five separate cakes. He now questioned that wisdom because they surely would not have enough cake for all of the guests. Having five cakes might actually have made more sense. But it was too late to change that now.

Bo was the first to blow out his candles. He did not know about the Sim tradition of making a wish before blowing out the flames. If he knew, he might have wished for his family to reunite. 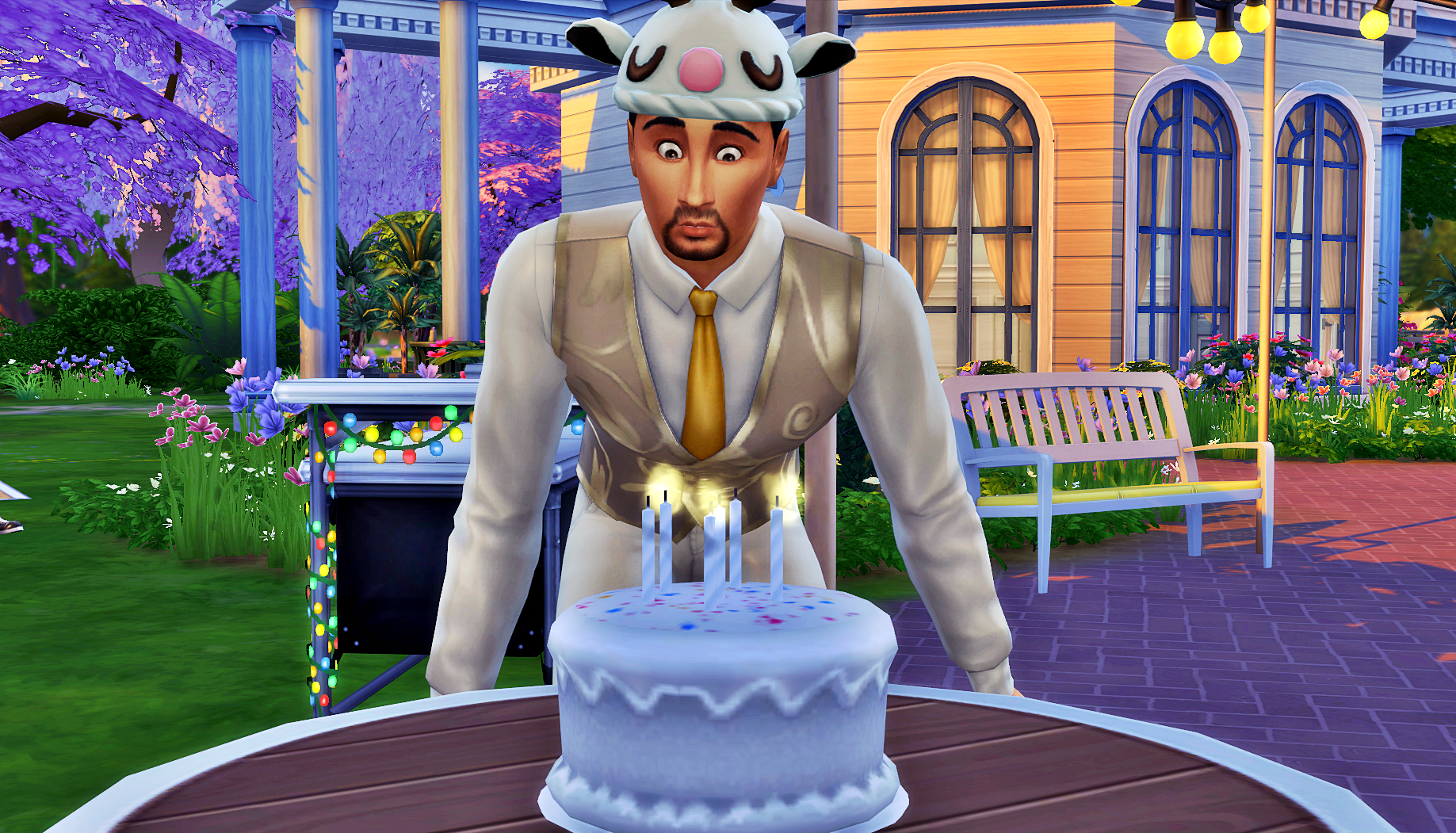 Up next was Heaven. Asa was excited because that meant his turn was next. Bo felt overwhelmed with emotion. Although they were celebrating as a family, it was not the same. In that moment, he felt that his family would never all live under the same roof again. Smack in the middle of birthday celebrations was not the best time to consider it, but Bo felt he needed to try and move on if he could. 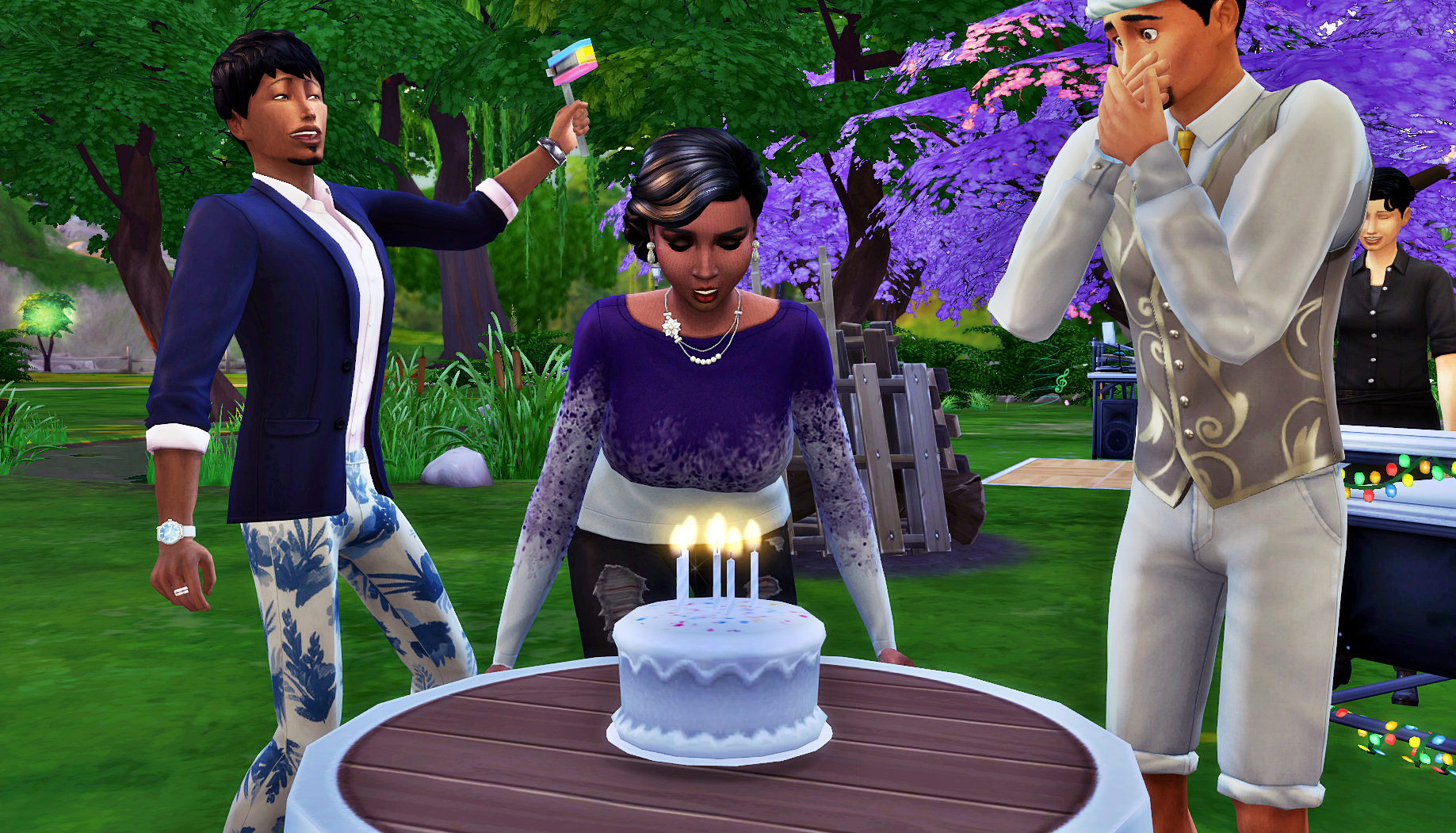 Asa stepped up the cake next. He knew all about Sim wishes, and all he wished for was an escape from the house in Newcrest. He had a plan that he hadn’t shared with his family, he just hoped Olivia would agree. 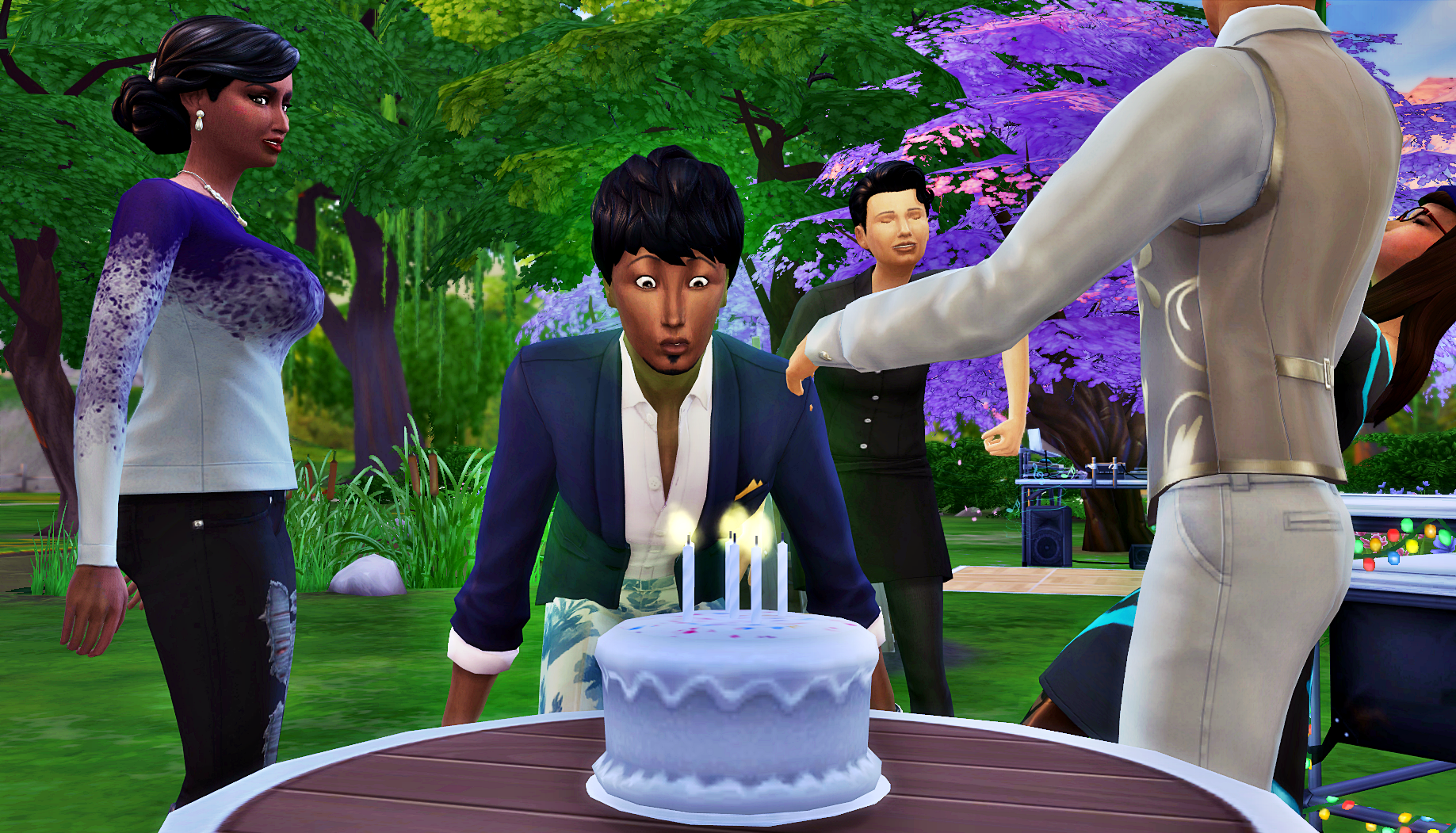 Then it was Gem’s turn. All she wanted was a happy family. It hurt her to see so many of her family members feeling discontent. But now that she was aging up, she would have even more ways to help fix things. First thing tomorrow morning, she was getting a real job. Their house would work so much better with two working adults in it. She could only hope that Asa would get on board and get a real job too. 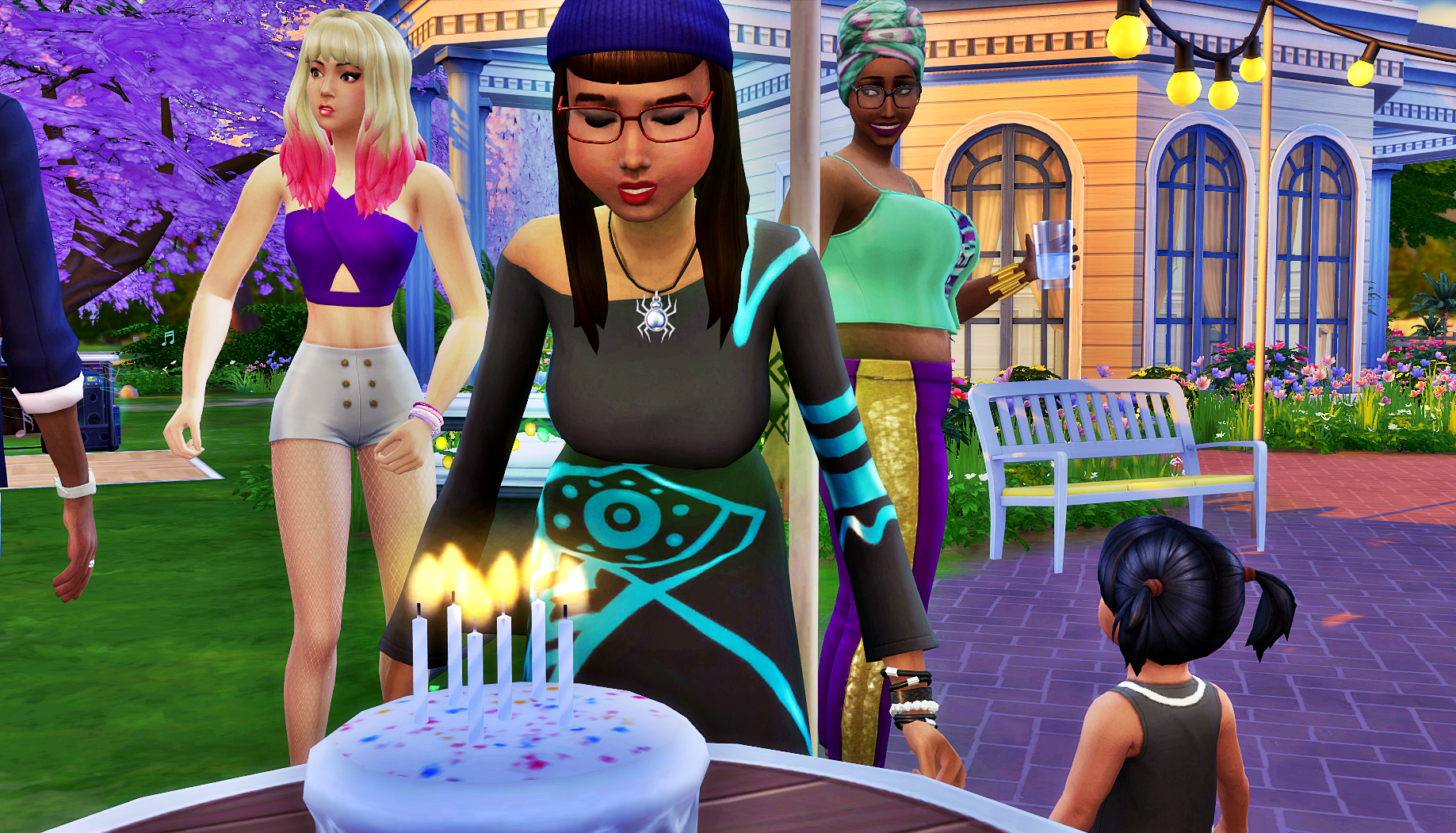 “I know there is still one more child that must grow up, but I think it is safe to say we did good with these first two.” Heaven smiled at Bo, looking for him to agree with her statement.

Bo wanted to argue about her choice of the word we, but he knew what she meant. Choosing to emigrate from Sixam was not an easy choice. Also, their two oldest offspring were teenagers before Heaven left, so most of the raising was already done. Because it was birthday day, Bo responded graciously and non-verbally.

Asa pretended he couldn’t hear or see any of it. 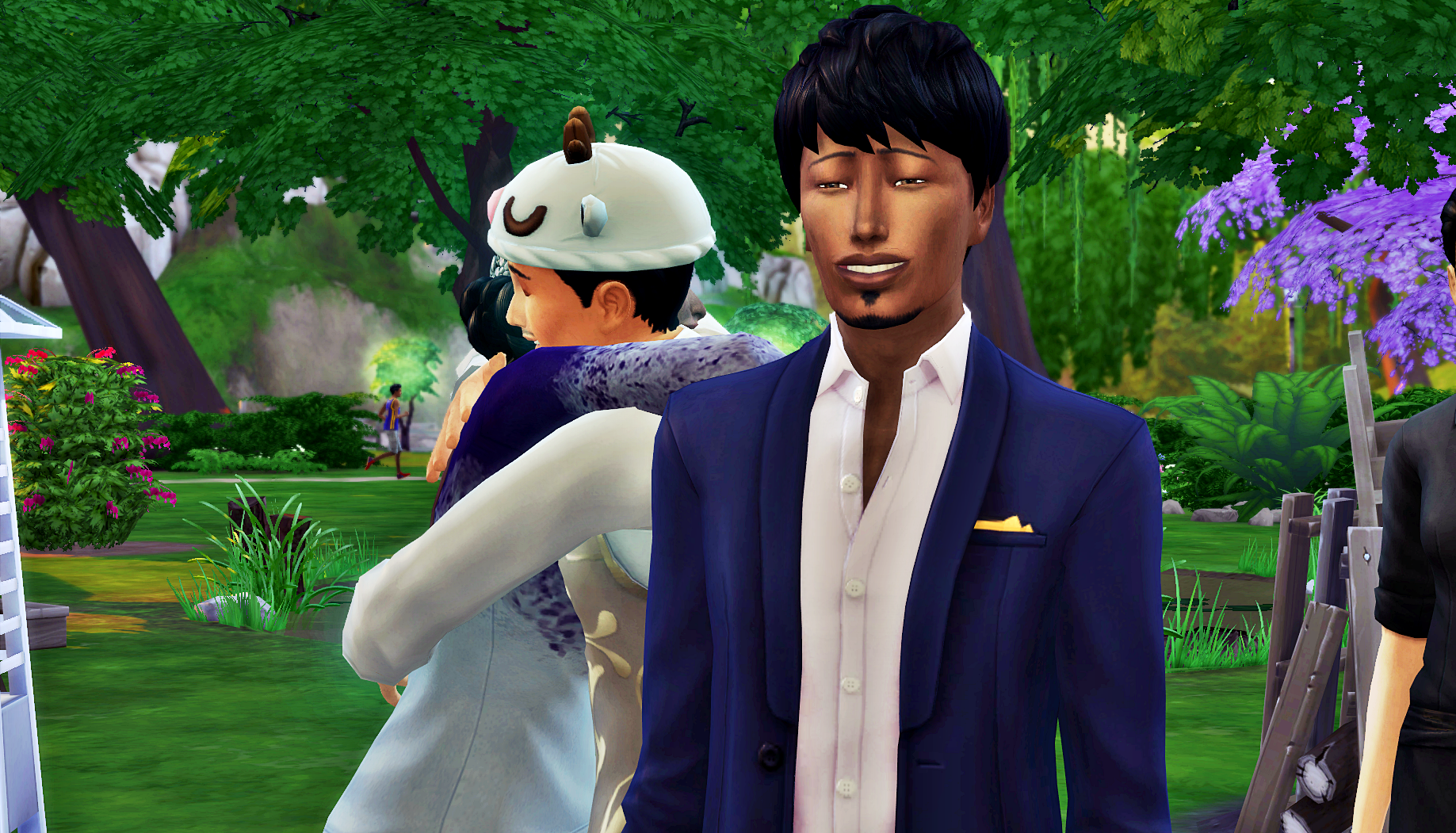 Heaven heard Sky announce that she wanted her mother to help her blow out her birthday candles. She was about to head over to help when she saw Sky reaching for Gem to pick her up. 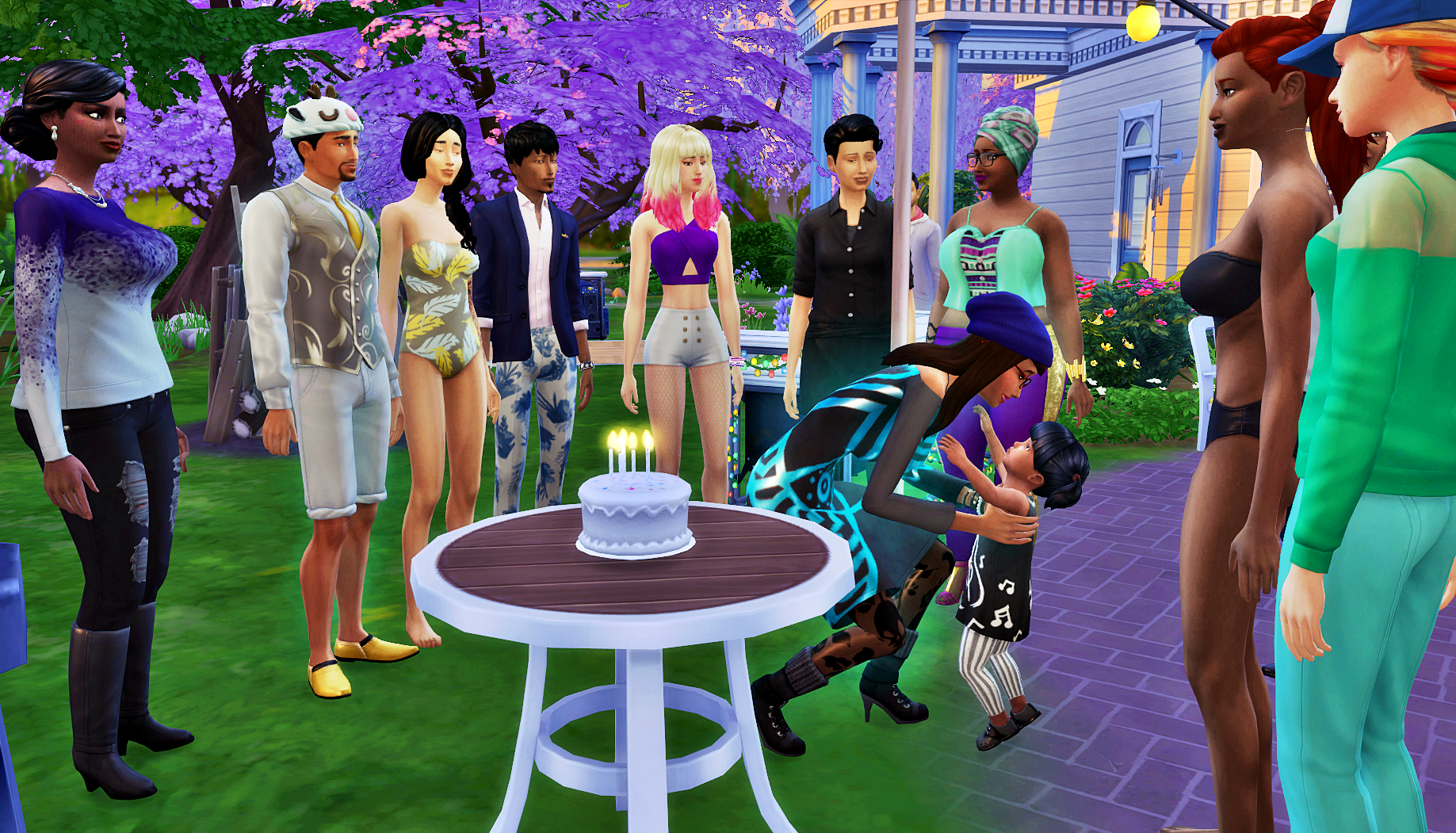 Heaven’s heart broke a little in that moment, but she quickly realized that she could not be upset that her youngest did not see her as a parent. She had been MIA for most of the little Sim’s life. Apparently, Gem had stepped up in a big way and filled the space Heaven left behind.

It was as if Heaven’s family moved on without her. She was embarrassed for all their friends and co-workers to hear her child call another woman mother, but there was nothing to be done about it now. Heaven wasn’t sure how to fix it or even sure if she wanted to. Maybe it was better this way? 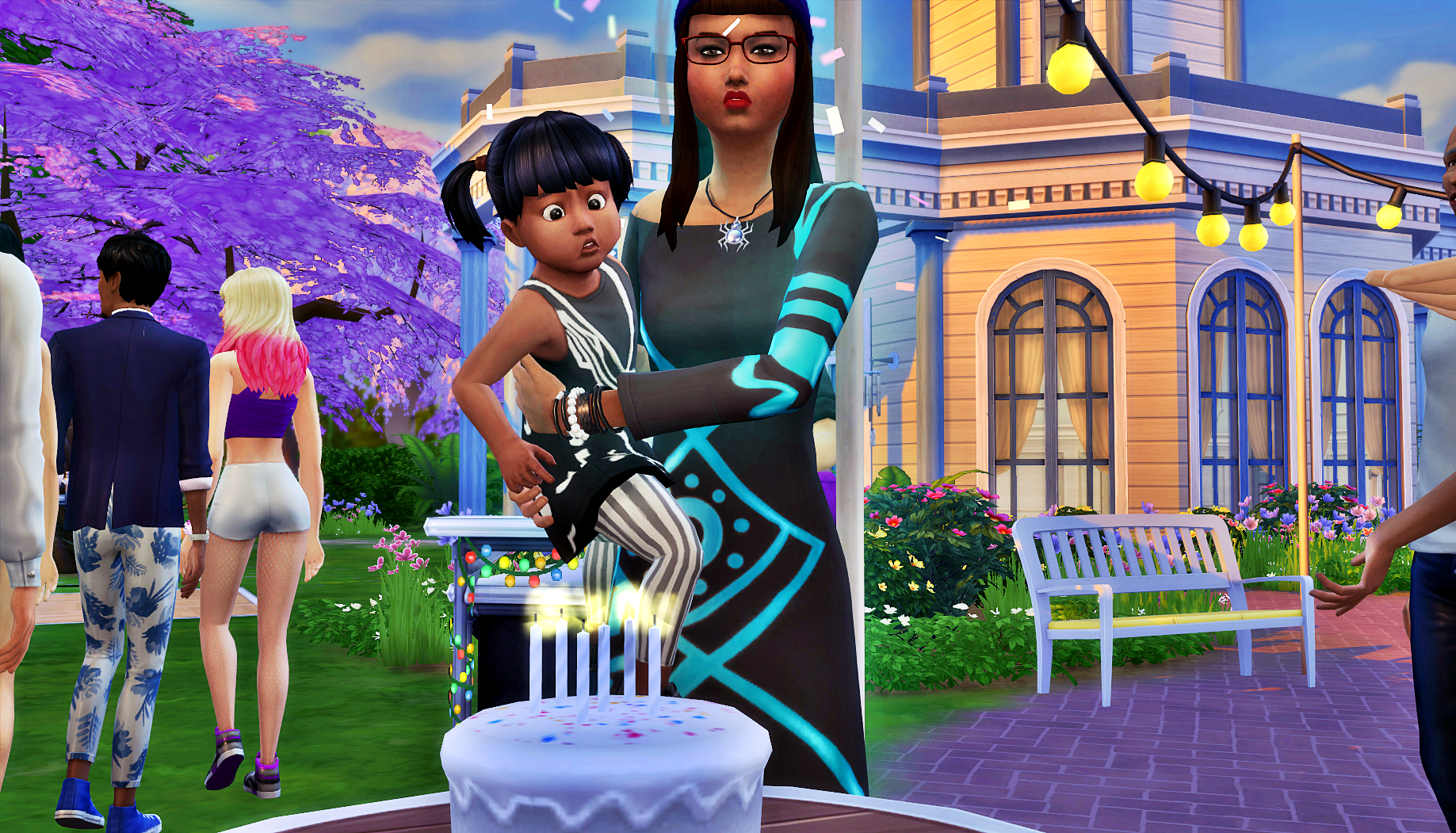 The rest of the party went well. Everyone was talking and laughing and eating as the sun set. 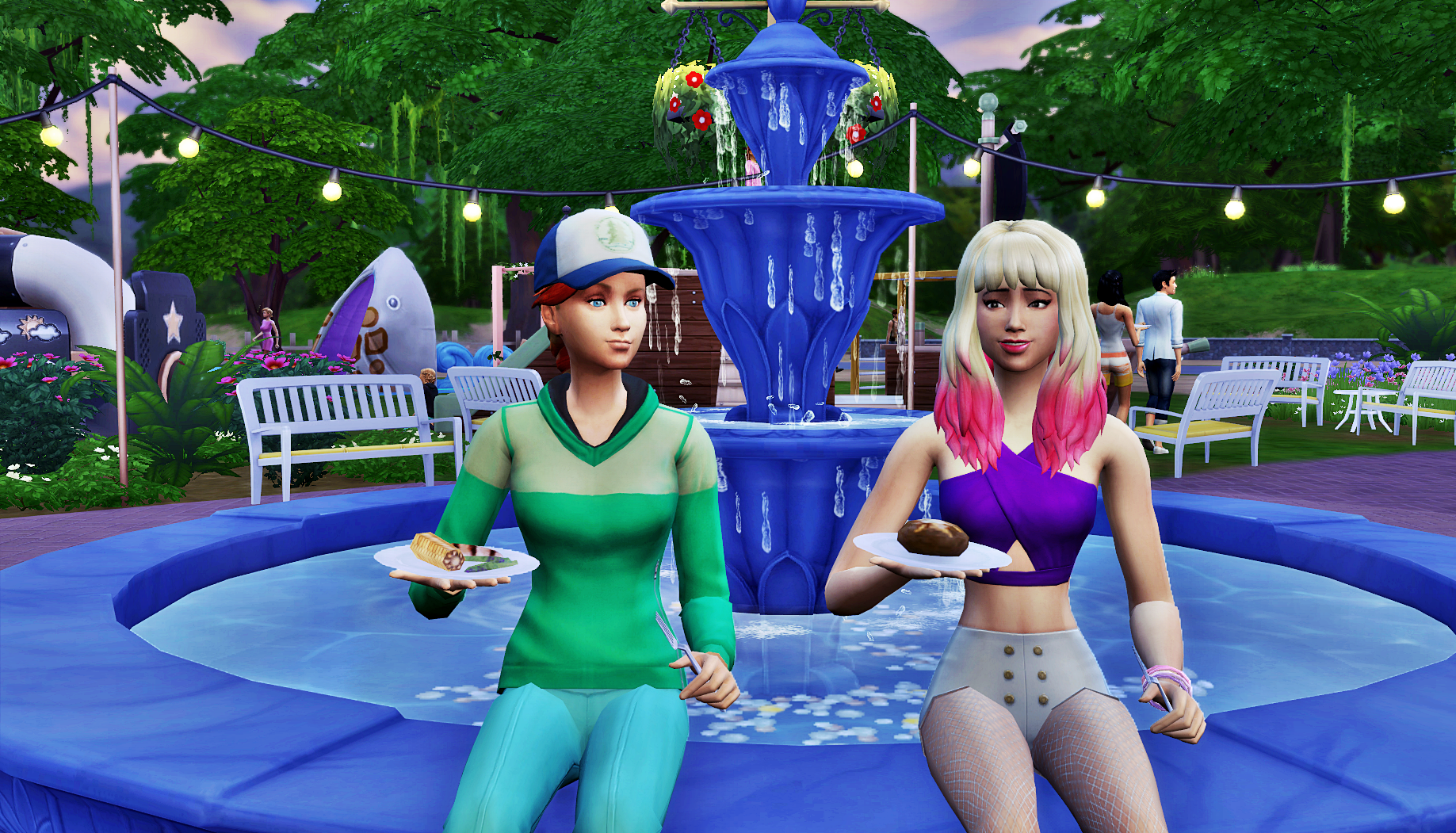 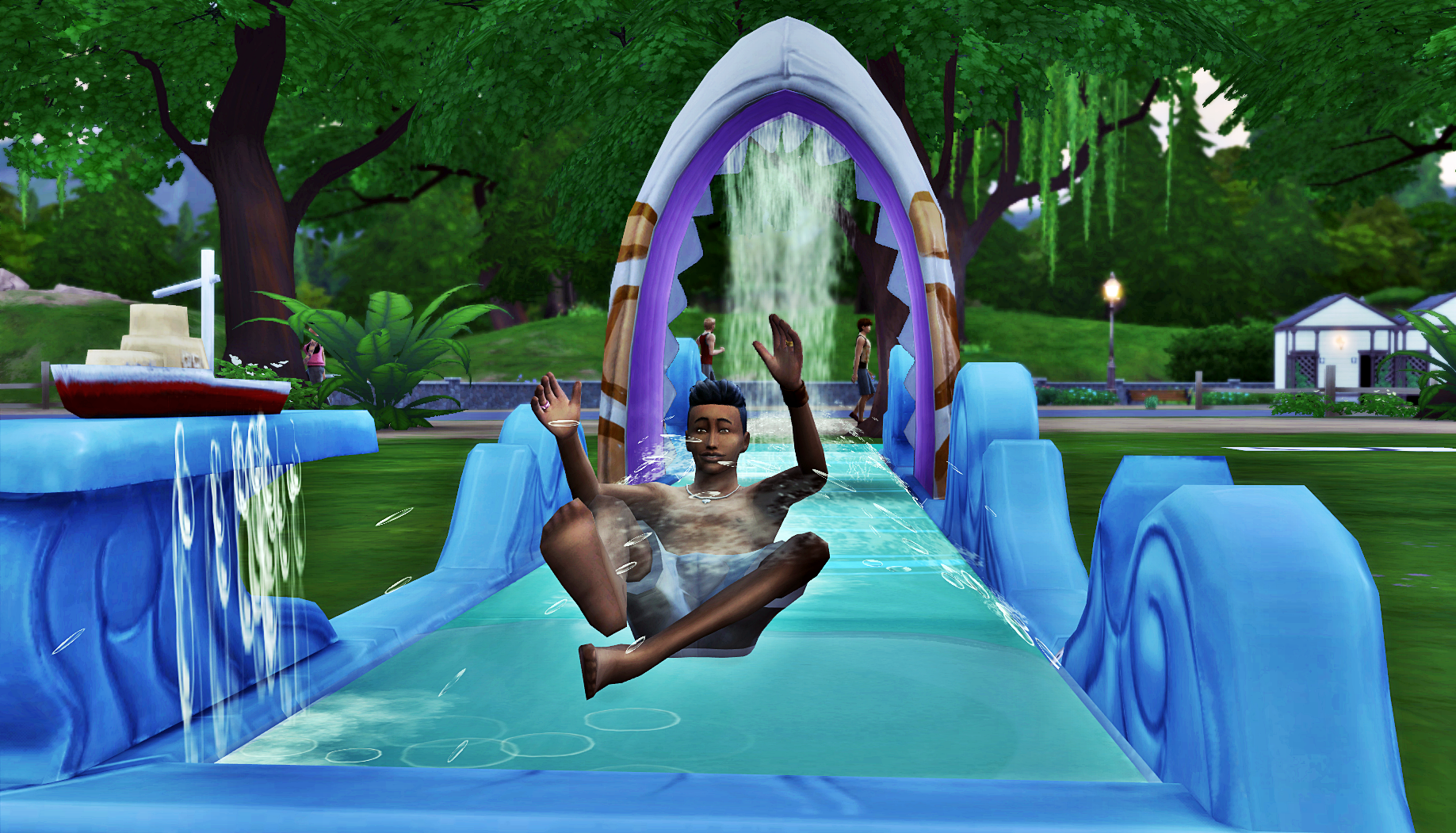 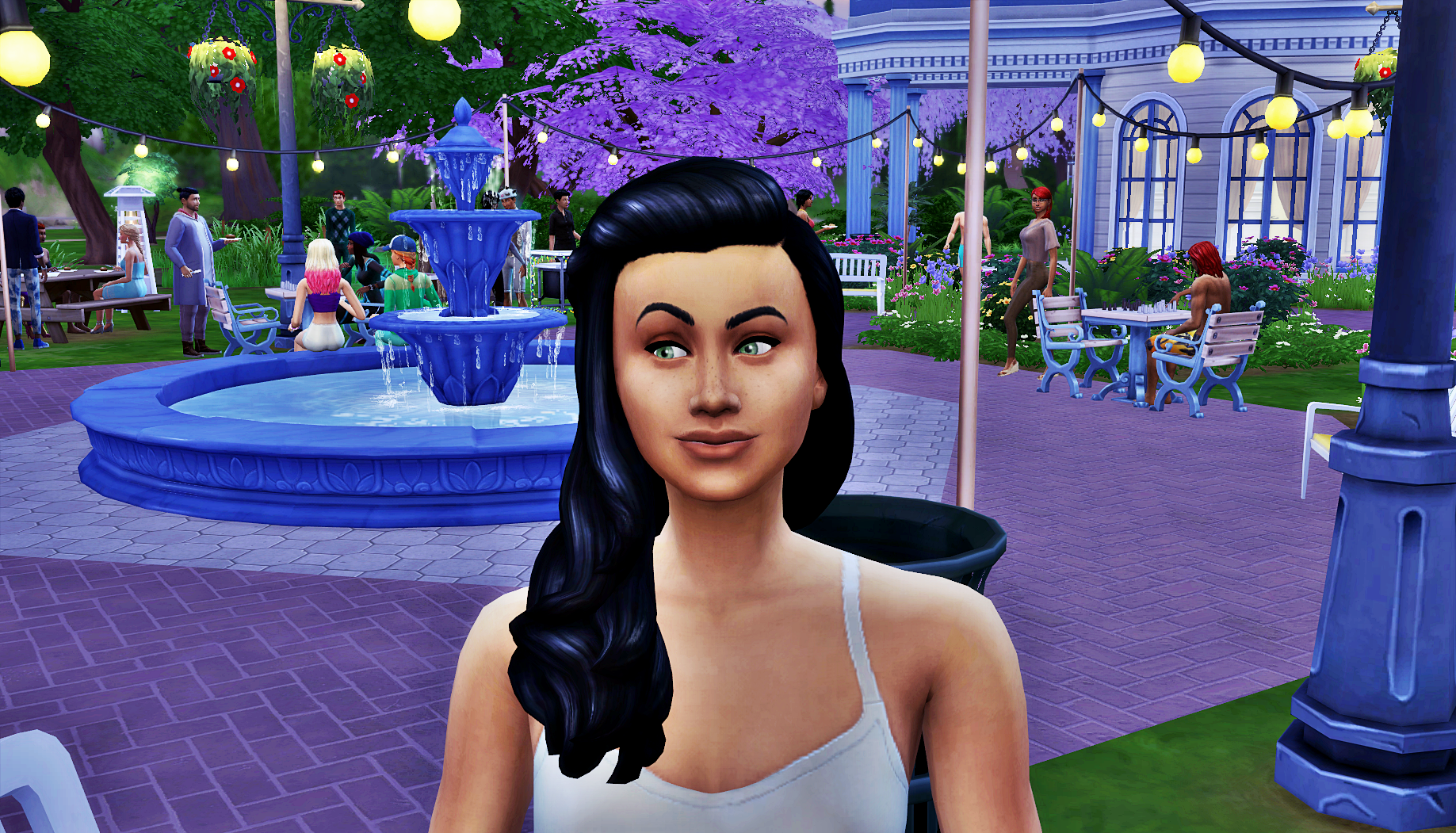 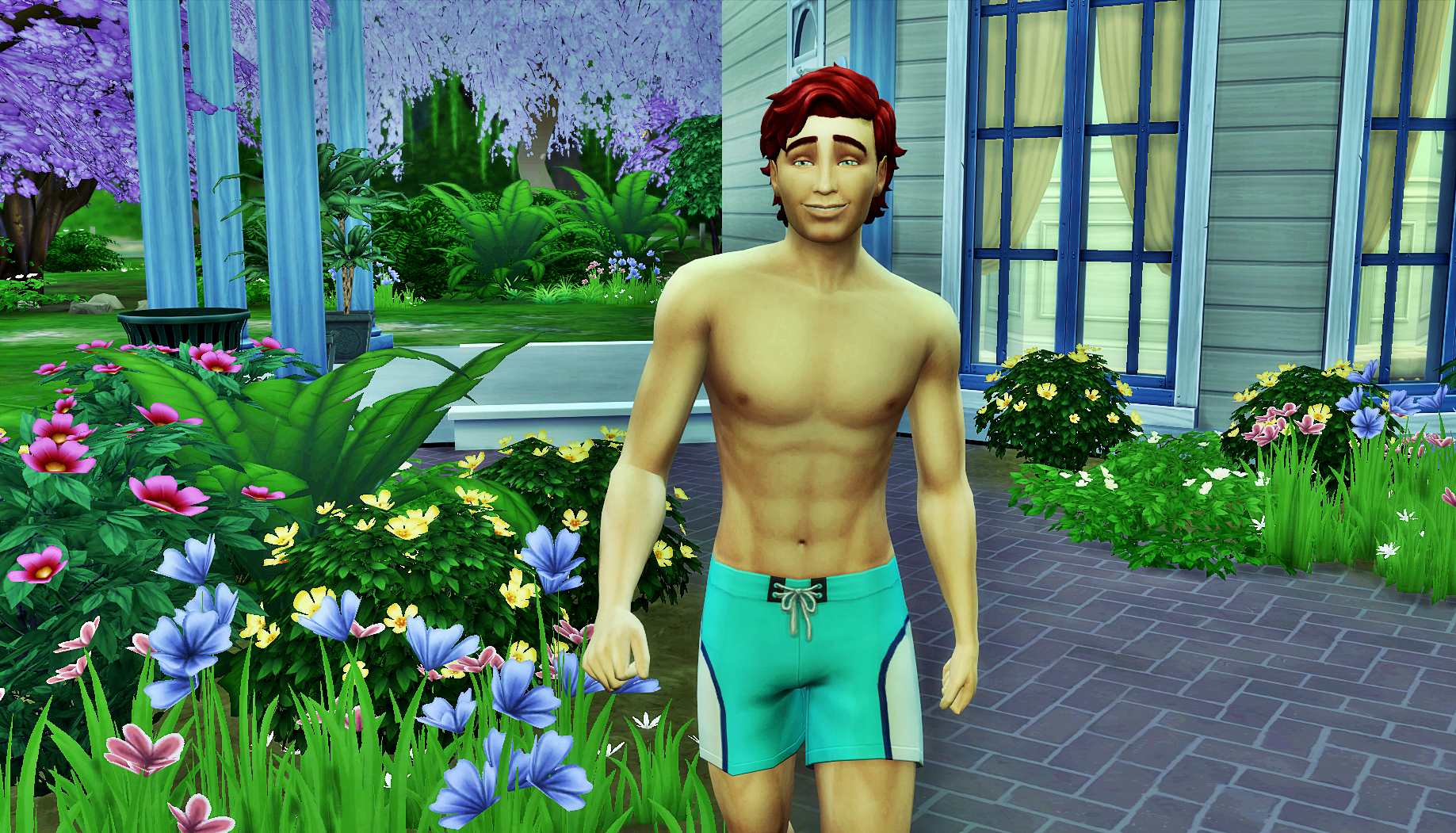 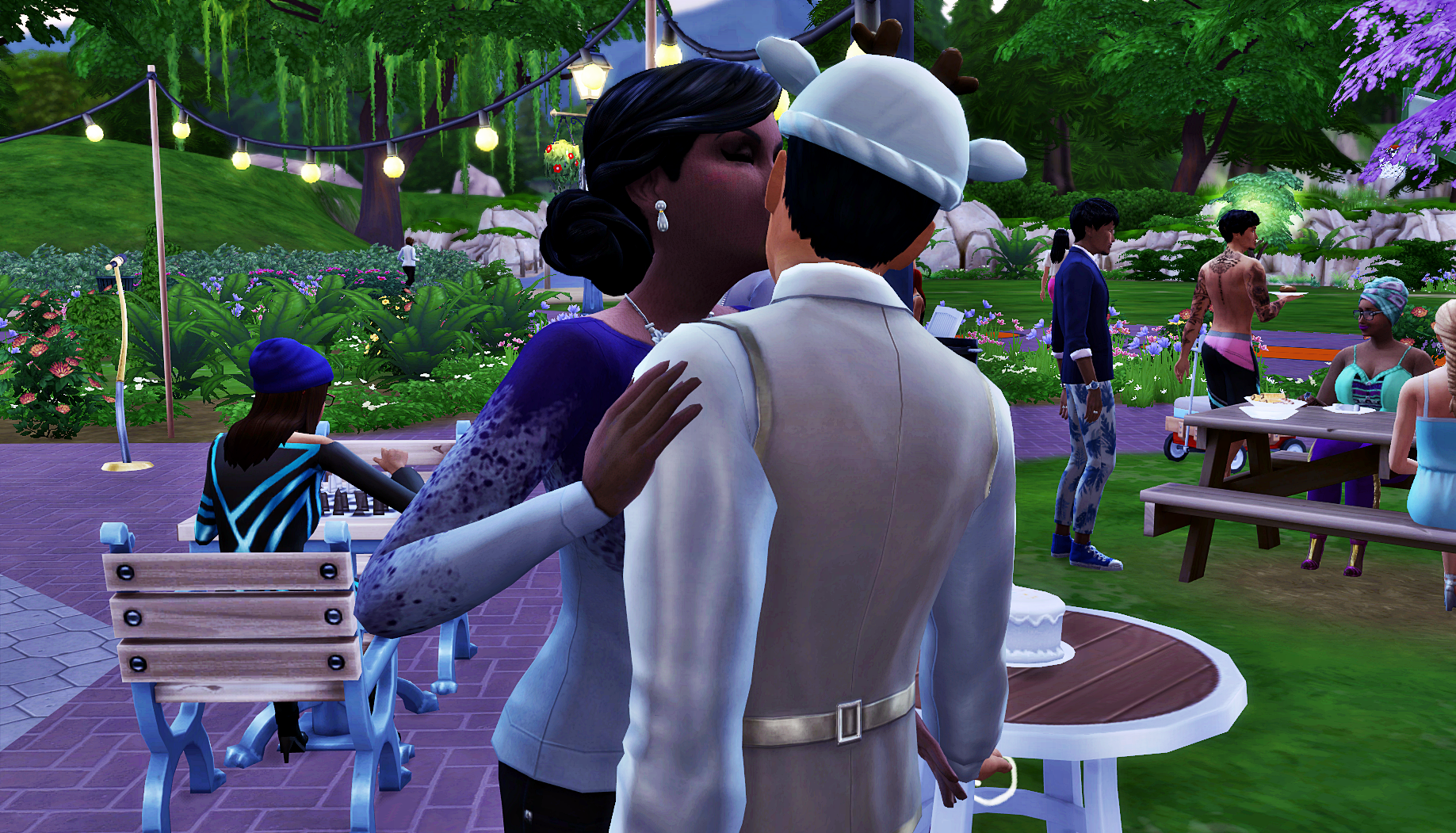 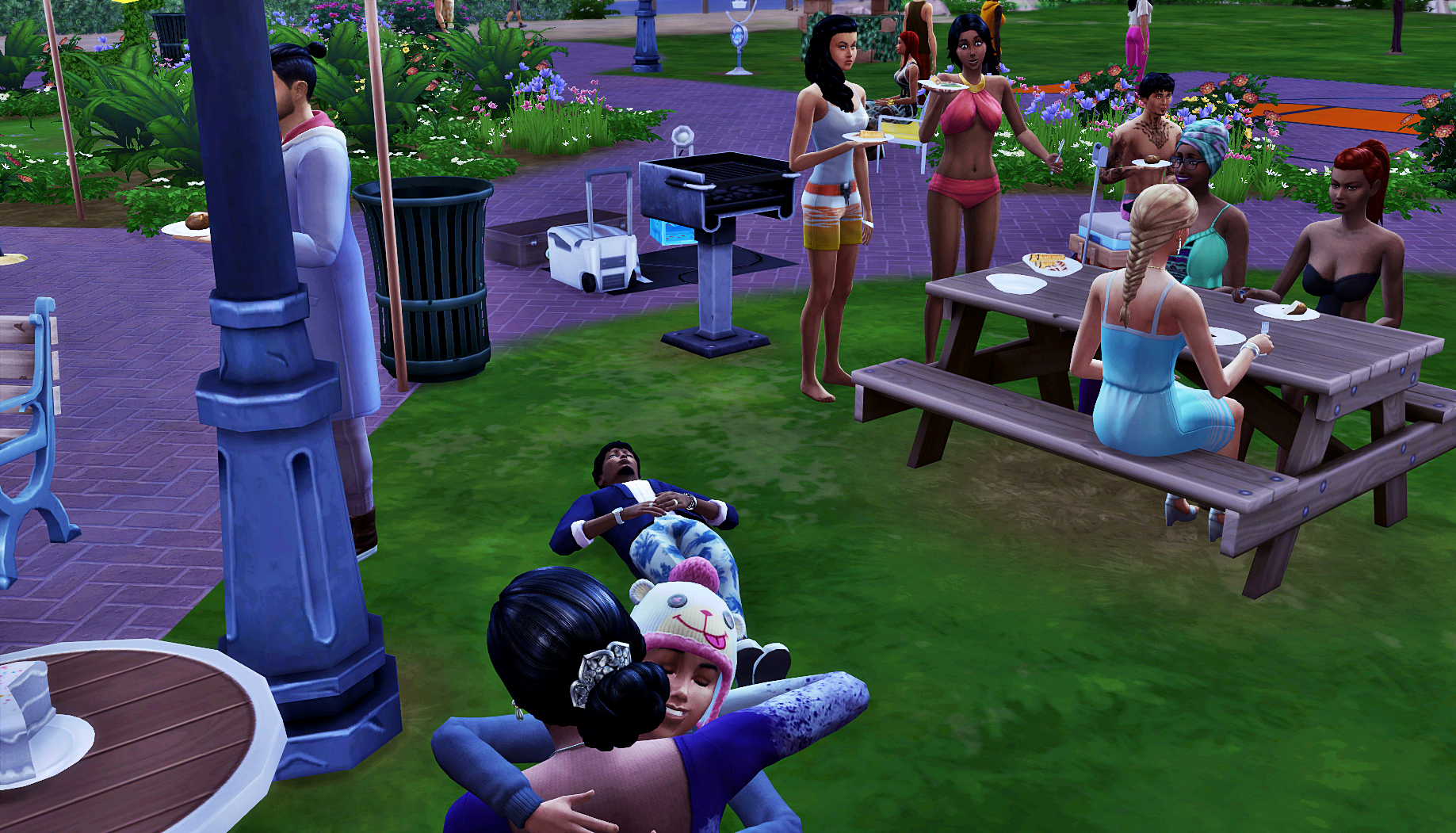 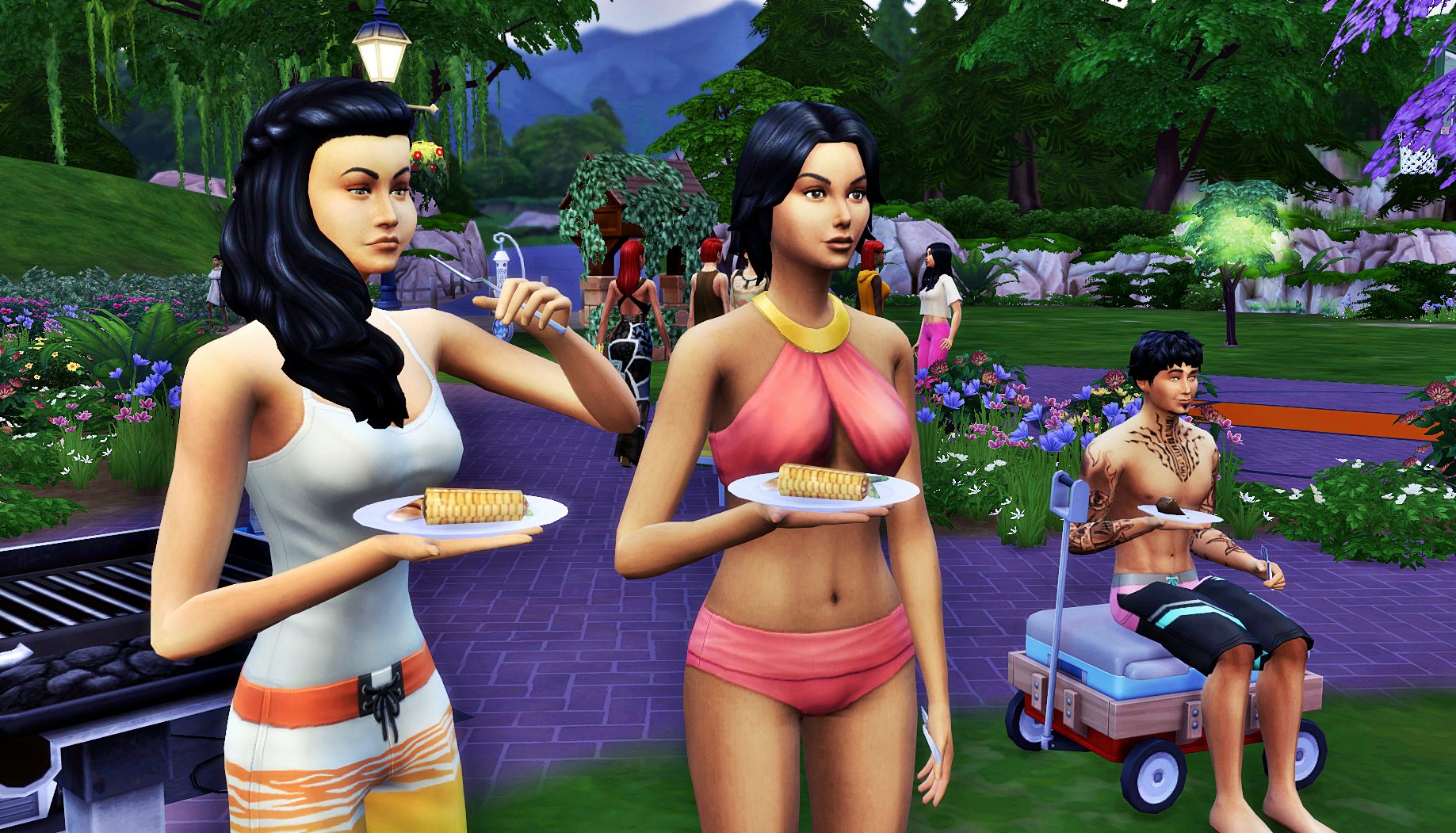 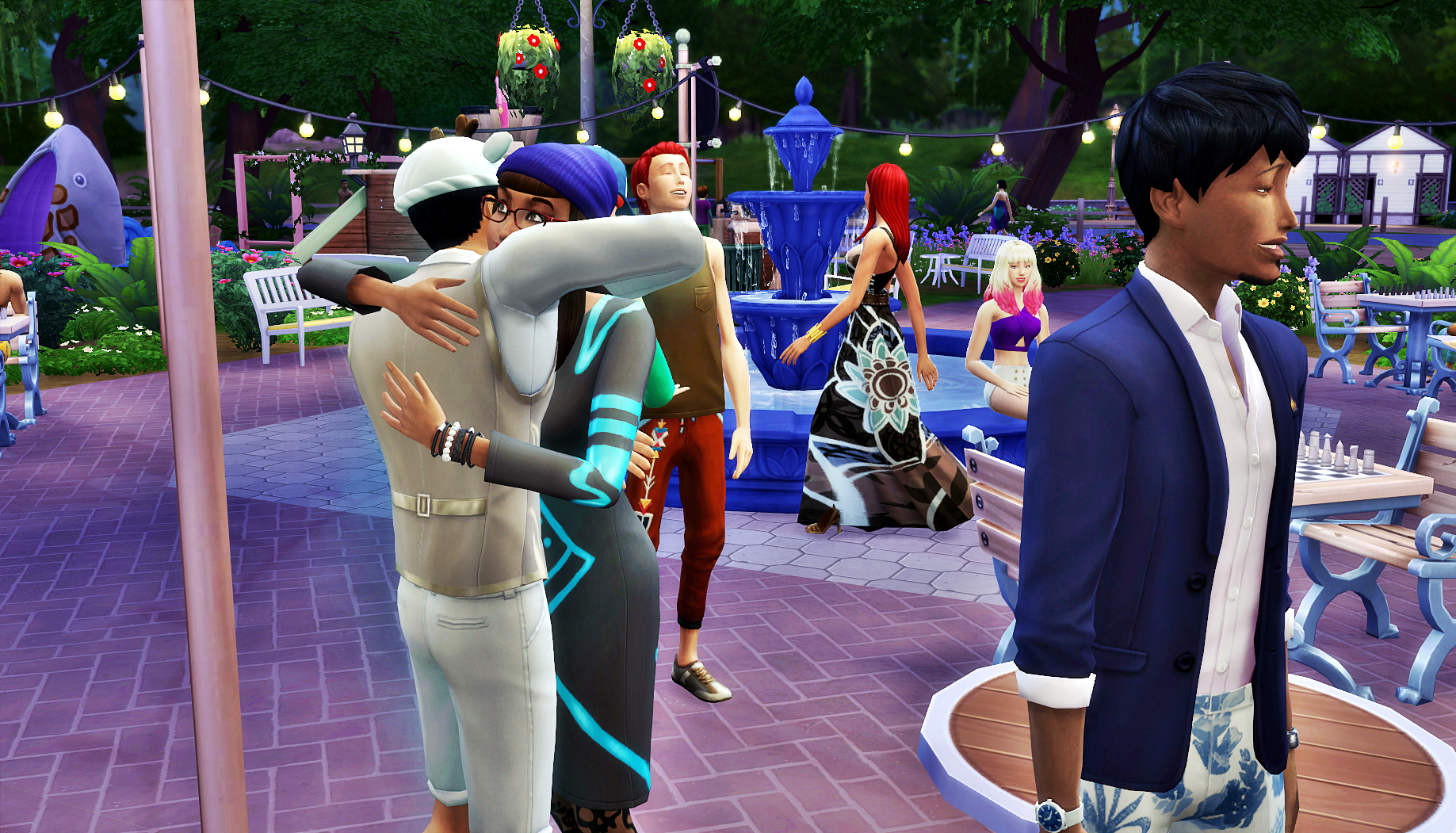 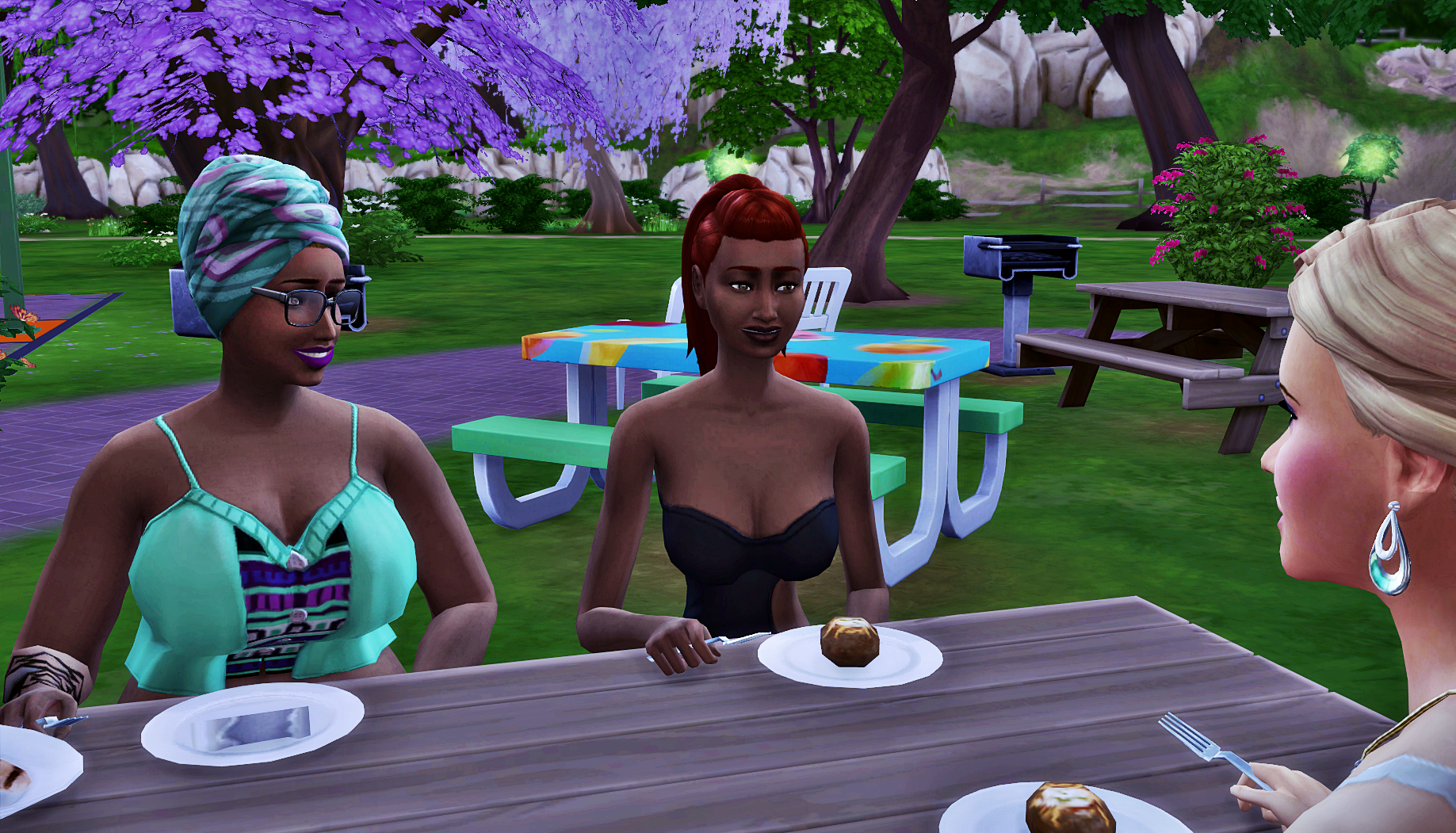 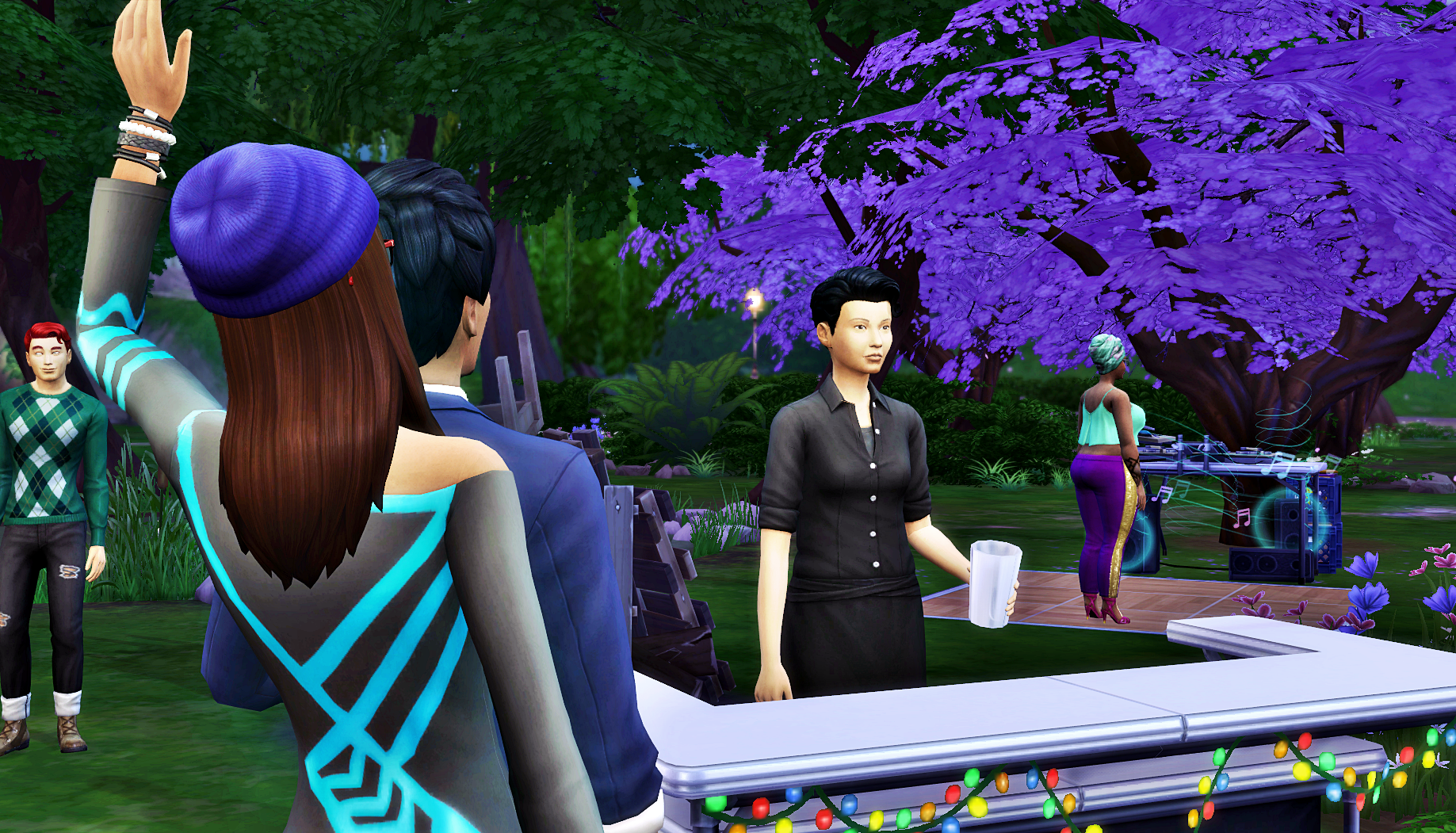 They sat on a nearby park bench. Gem made a toast. “To crazy adventures on multiple planets, to loving family no matter what, and to embracing whatever the future has for us!” 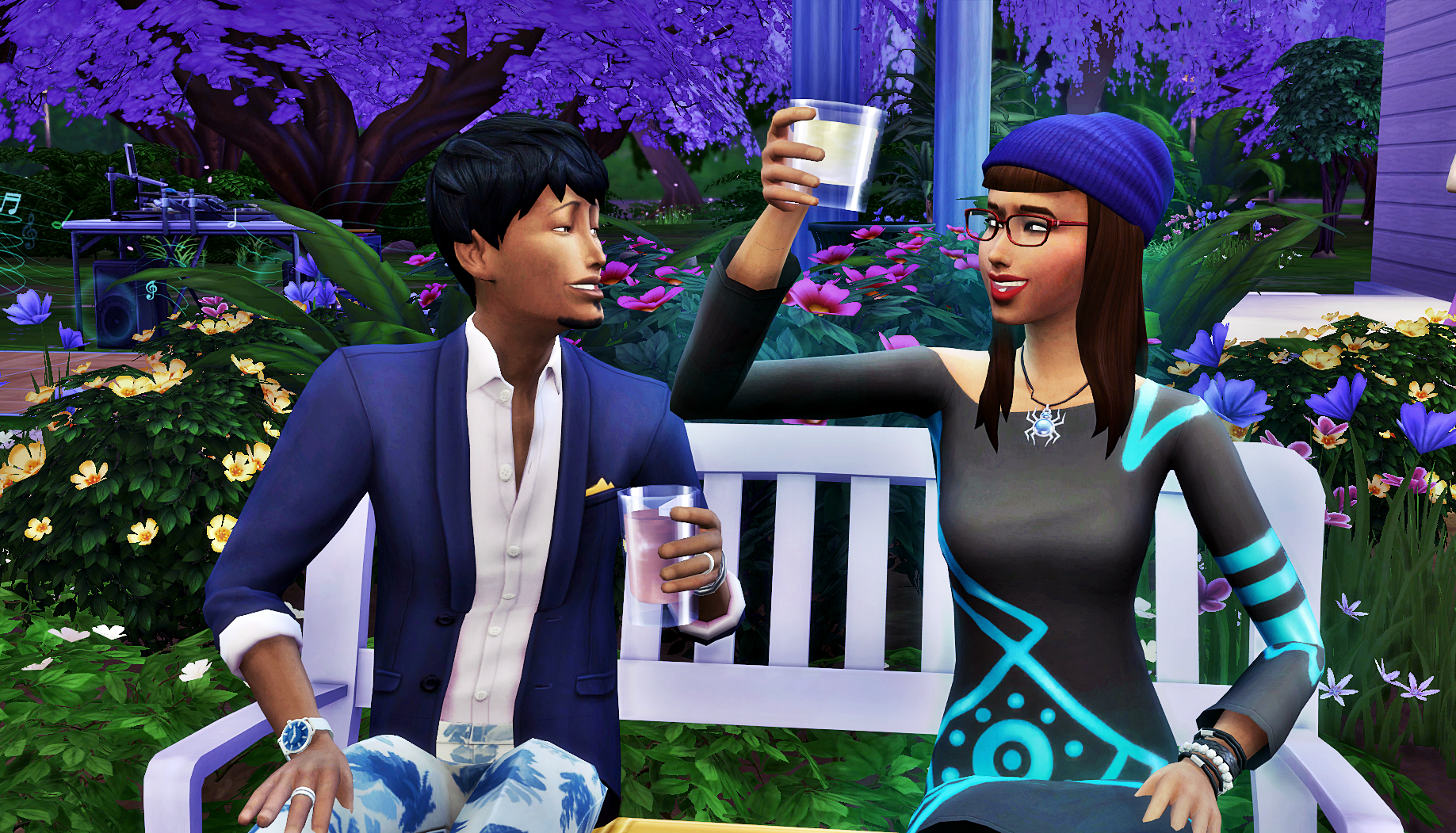 The party finally came to a close. Asa said he was headed out to meet Olivia. Bo stayed behind to clean up while Gem took Sky home to finish her homework before school in the morning. As Bo finished the cleanup, he received a text from Laurel. 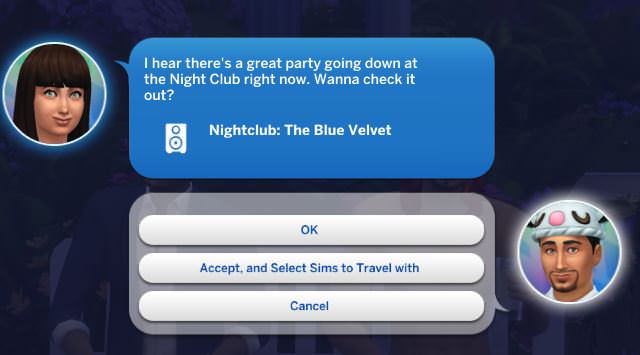