The next morning, Bo decided to talk to Asa about taking on some additional responsibility. He appreciated all of Gem’s help with the house and with Sky, but he knew it was not a sustainable solution. Just as Sky was a couple of days from aging up to Child, Gem and Asa were a couple of days from aging up to Young Adult. He did not want to send his son off into the world without a bit more responsibility. He approached his son in the morning after Gem left for work. He tried to approach him with a smile, so as not to provoke a petulant teenage response.

“Good morning Asa,” said Bo. “Good morning father,” replied Asa. “How are you faring when it is your turn to watch Sky?” 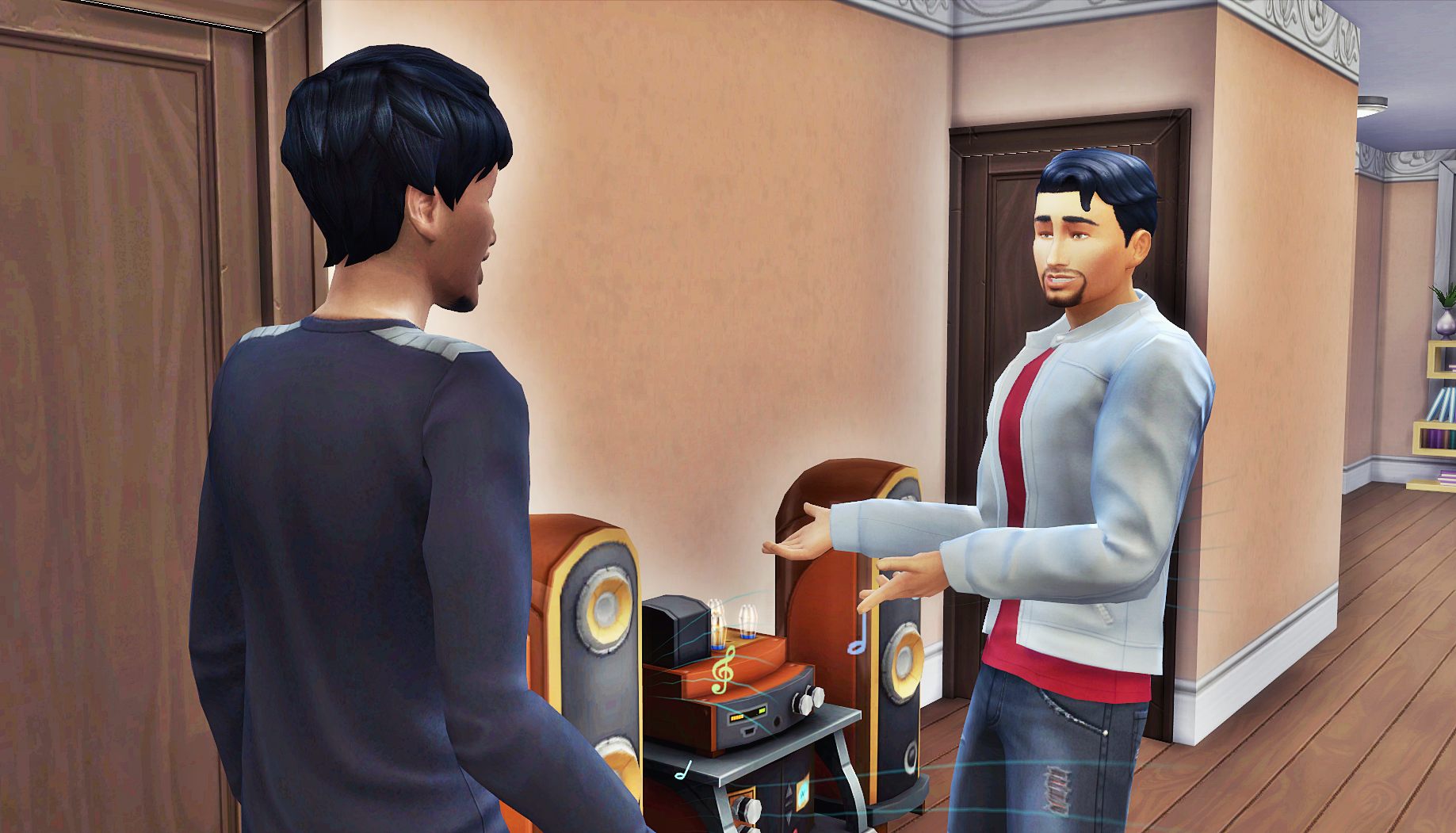 “I am faring well,” replied Asa.

“As a suggestion,” said Bo, “I request that you keep a closer eye on your sibling when no one else is around. A few days ago, I found her outside, alone, playing with paints. I do not need to stress to you the extensive needs of a Sim toddler, do I?” 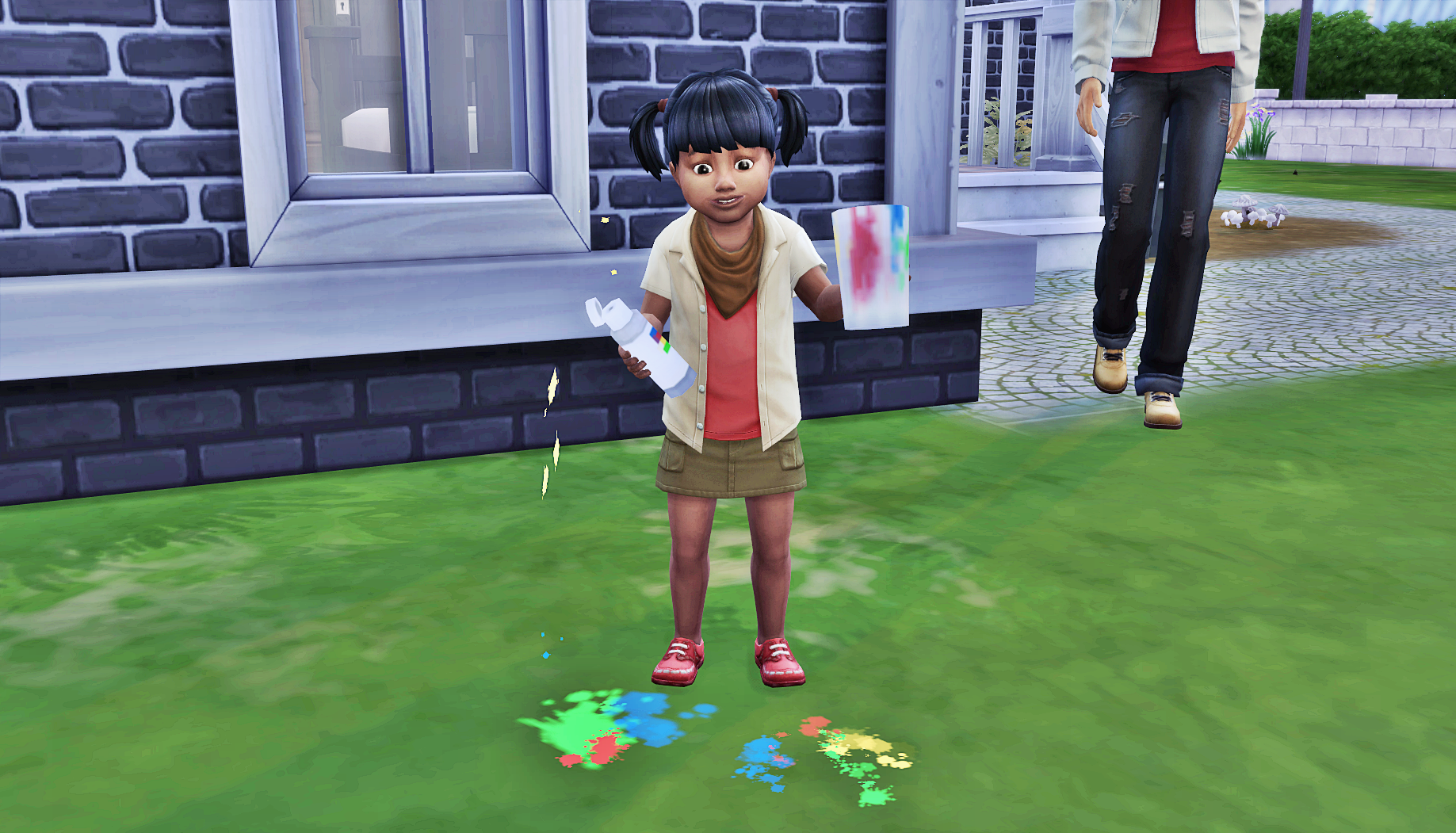 “No, you don’t,” said Asa. “I will make sure to keep a closer eye on her from now on. Is that a satisfactory answer?”

“Yes,” said Bo. “I am going to take a shower. Can you check on your sister then prepare something for breakfast? I am only asking for two things, so that is manageable, is it not?” 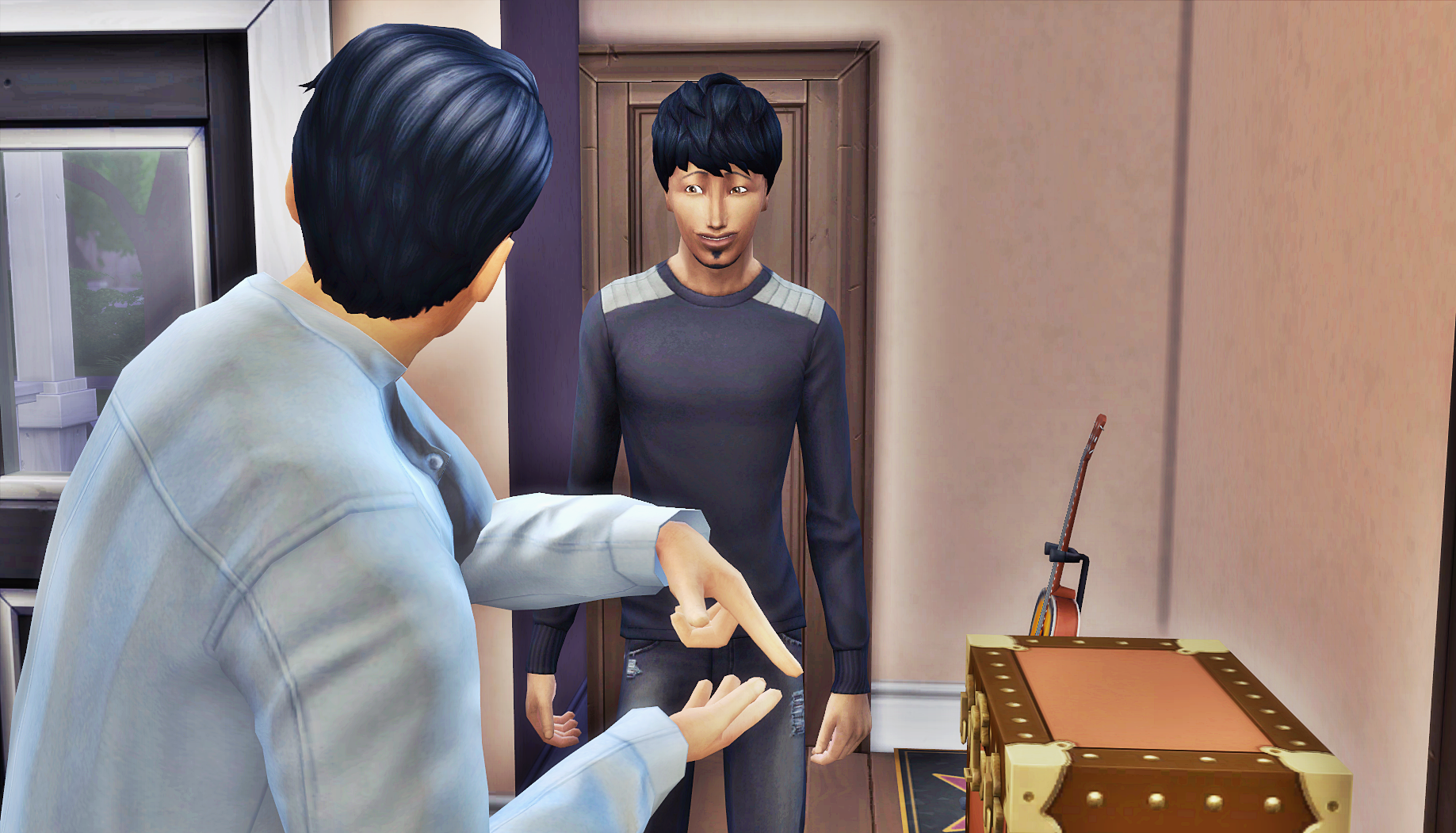 Asa agreed and Bo headed to the shower. Asa knew his youngest sister Sky to be a noisy sort of Sim. There was no noise coming from her room, so he assumed she was still asleep. He started on breakfast. Since his mother left them, his father didn’t have the time to make the whole family breakfast in the morning anymore. Asa had learned a few cooking skills. He’d come a long way since the days of having to eat cereal for breakfast. 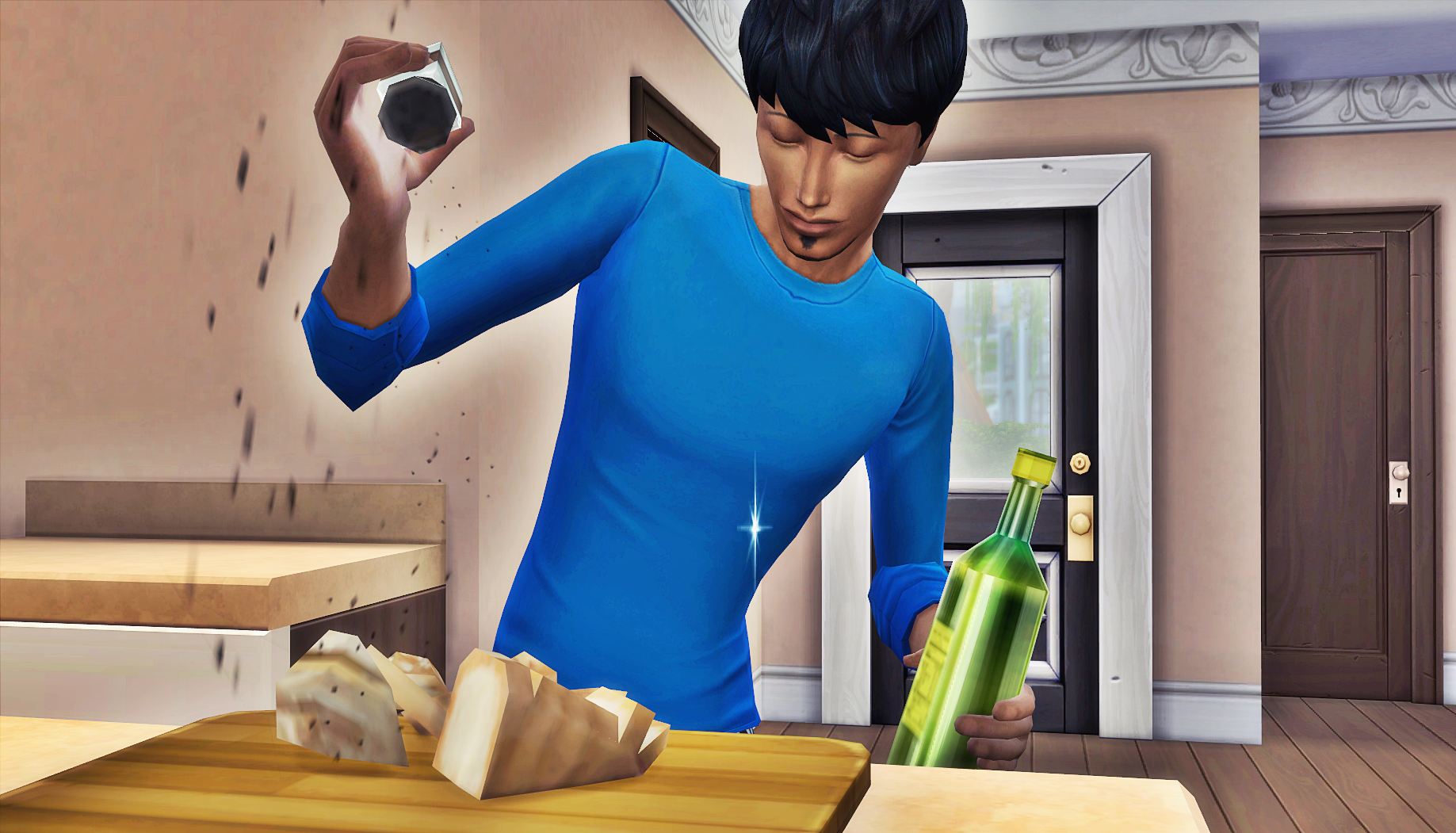 Bo finished his shower and realized Sky was nowhere to be found in the main living space. Asa was still making breakfast, so Bo went to check on his daughter. 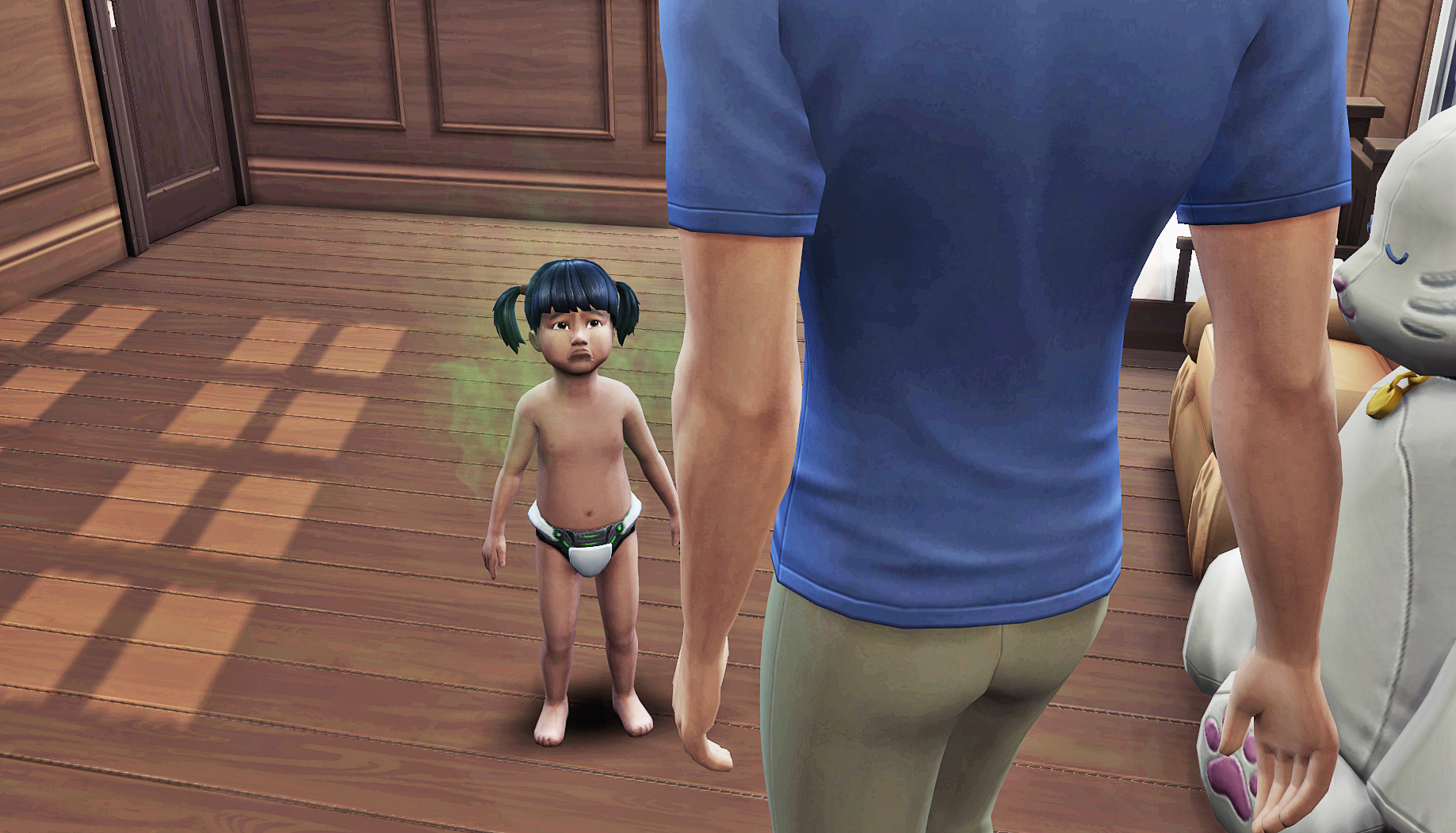 It was at that moment Bo realized a couple of things. It was probably too late to teach Asa more responsibility; he simply did not have the time. Also, Sixamian toddler clothes did not work the same for Sim toddlers. And he really really should not have decided to try and woohoo with Heaven that last time before she moved out. He loved his daughter, and would never wish her away, but this was hard. It is not like they were trying for a baby, but they were not using protection either. He just wanted his offspring to make better choices than he had, and he was out of time to have those influences.

While Bo tended to Sky, he missed Gem coming home from work. She quickly changed into her school clothes, scarfed down the eggs and toast her brother made and was out the door again. He did not get to hear her good news, and it was really too bad because he would appreciate knowing at least one of his teenagers was excelling. 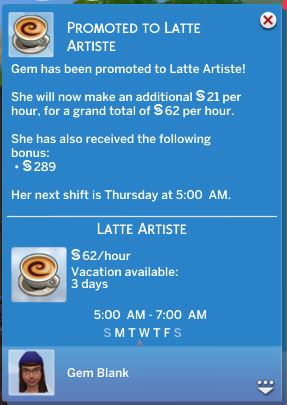 Mostly, Bo was just glad the teens never followed up with him on how his fare with their mother had gone. He was not sure what to tell them. “We’re working things out” was not true, and neither was, “we are never ever getting back together.”

He decided to keep avoiding the subject if he could. Having the whole family together for a birthday celebration in the next few days would give him more information about how to proceed with his wife. With any luck, work, school, and friends would keep his offspring occupied until then.