After their father Jim left, Luca and Daniella headed into the museum. Daniella was still pretty upset, so Luca gave her some space and went to look around. He knew his sister loved museums, but he just didn’t get it. 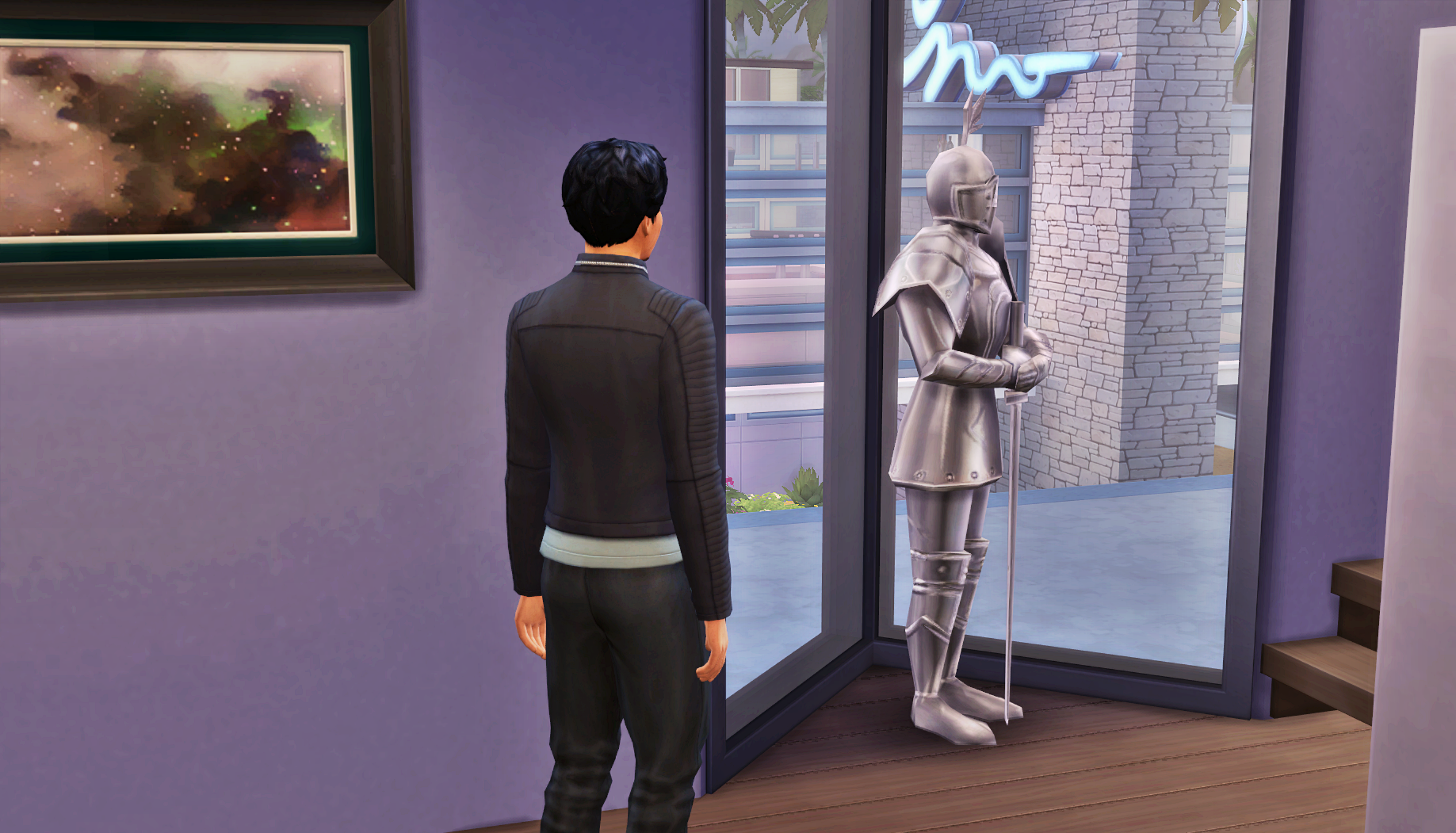 He gave it all of 10 minutes before suggesting they head next door. 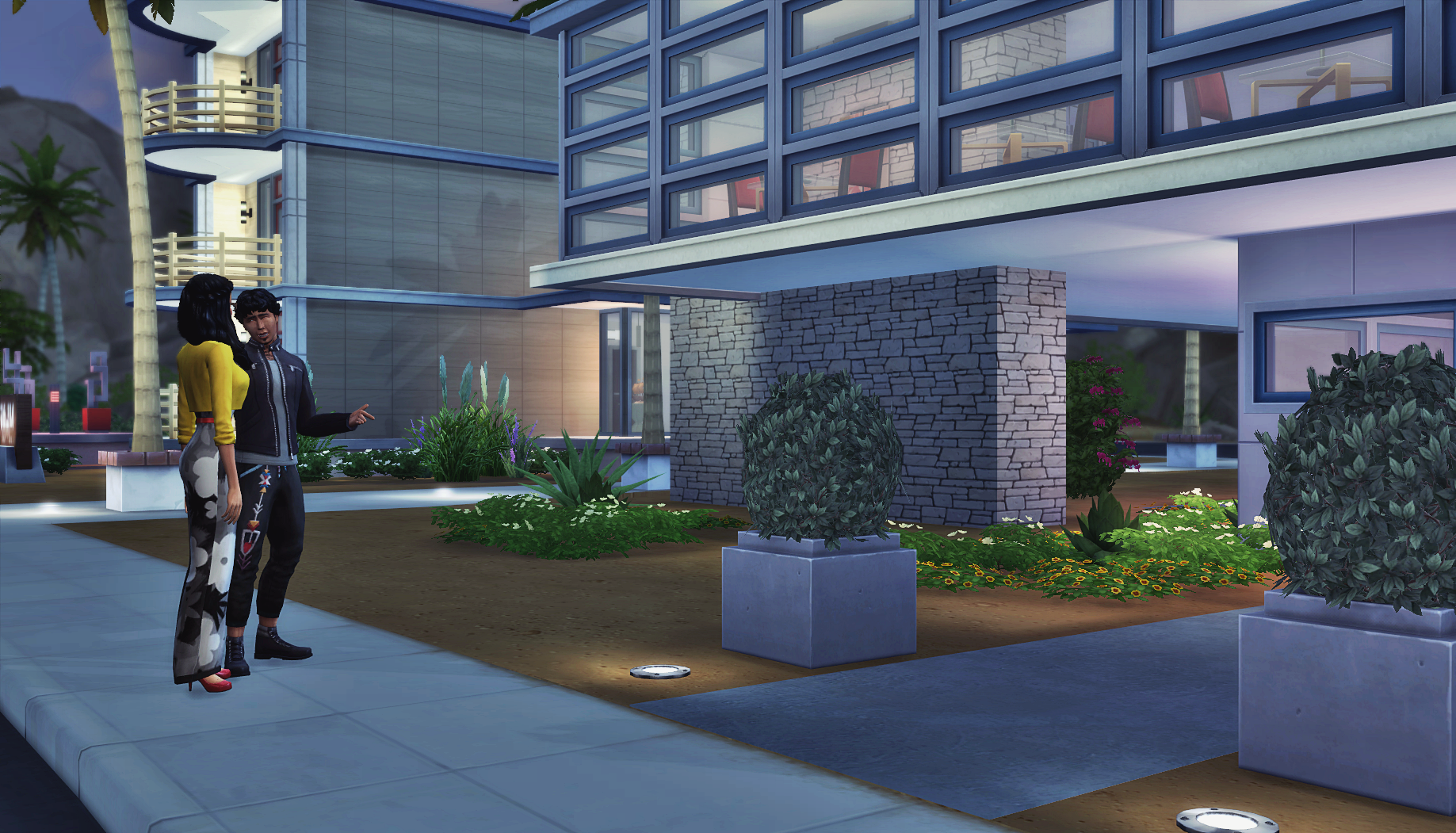 Daniella could tell something was up. Even if her father came in to town for her wedding, uninvited, it didn’t make sense for him to arrive this early. They hadn’t even settled on where they were having it yet. And their master-suite-on-the-top-floor father moving into a room in Luca’s basement?? That made even less sense. She figured getting her brother juiced up might loosen his lips.

Before they could even grab a seat at the bar, Luca’s phone rang. It was his old friend Joslyn, who he was foolish enough to think he had a chance to date back then. 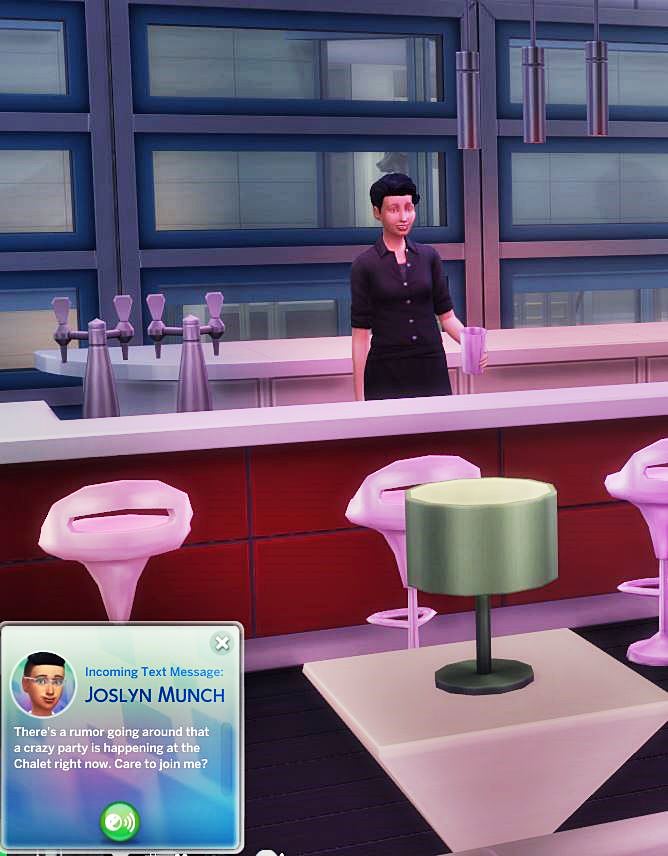 Luca knew a change of venue might be in order, and going to the Chalet was an even better idea than this empty bar. The last time he and Daniella were there was when Quincy proposed to her. If anything could fix her mood and make her more pleasant company, going back to the place where she got engaged would certainly do it.

When they arrived outside the building, he could tell Daniella was already in a better mood. 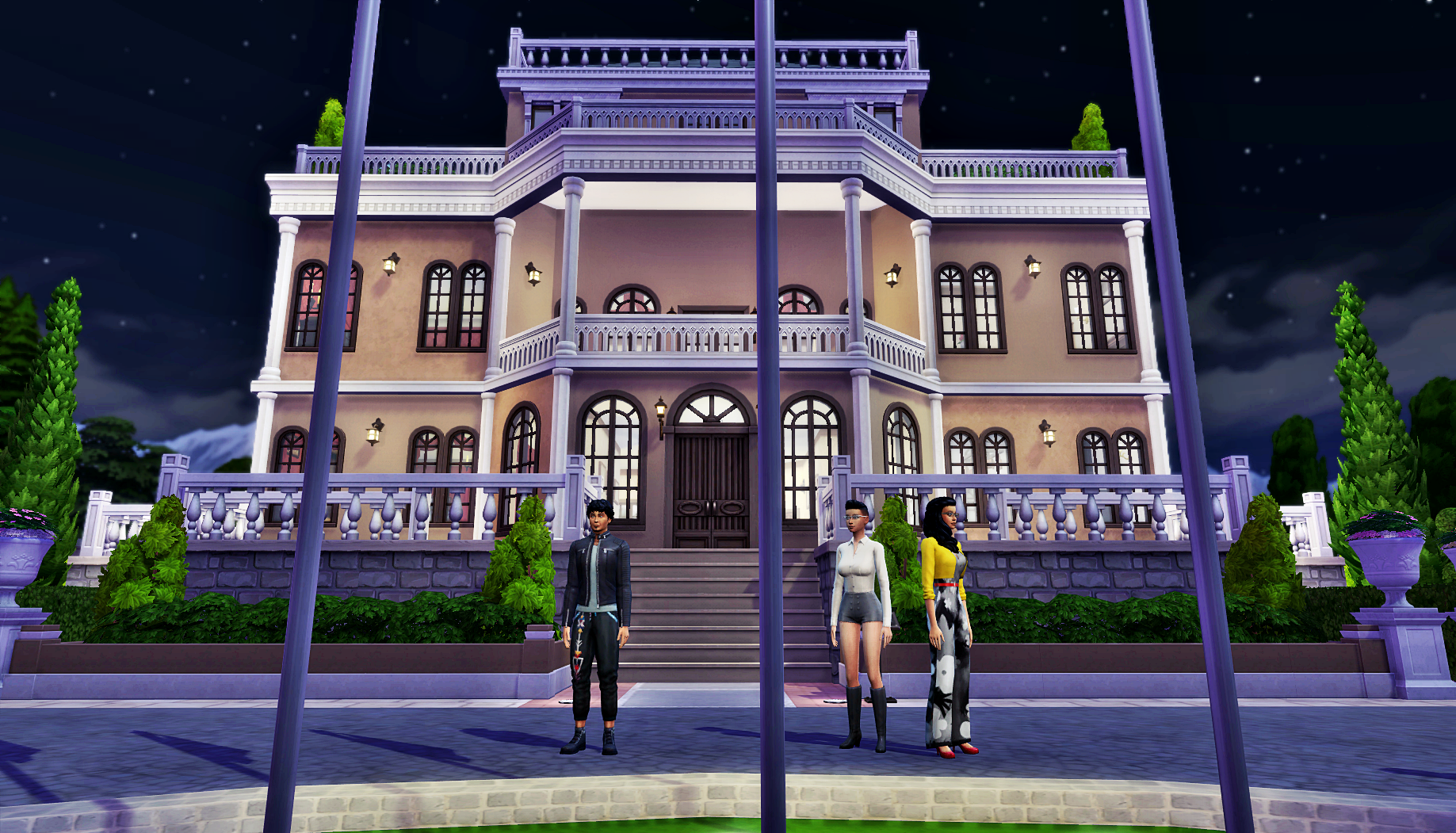 He’d sent a secret text as well while they were en route. Right on cue, Daniella’s fiance Quincy arrived and then she was all smiles. Luca knew her well enough to know she wouldn’t continue to mope in front of Quincy. He might ask questions she wasn’t yet ready to answer. 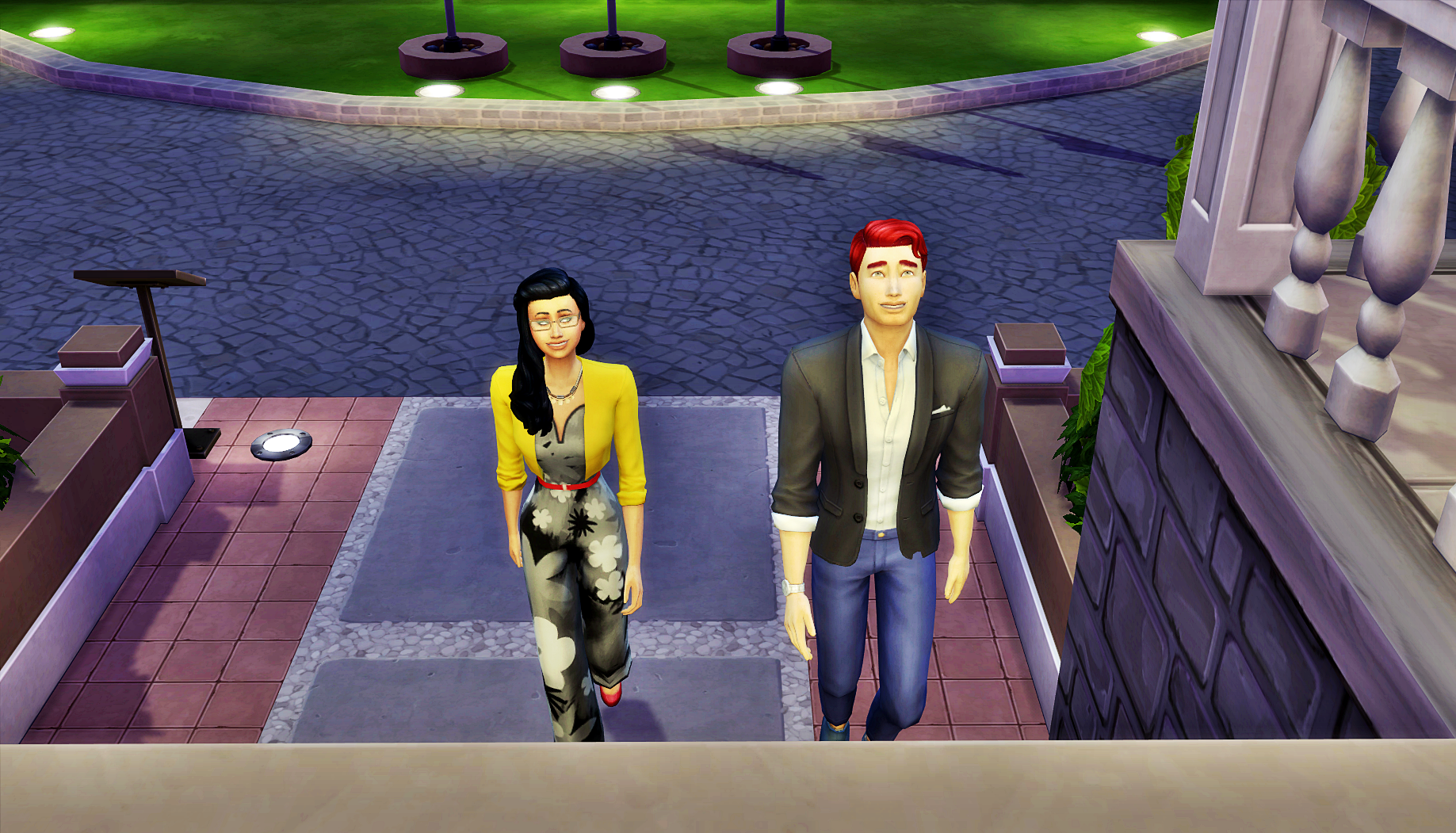 The party in the back was in full swing. Laurel and Kurt, Quincy’s parents, were also there, already having a good time. Luca took a look around, and realized he’d been going to these sames types of parties, with these same people, for a long time. There were receding hairlines and expanding midsections everywhere.

Apparently, the Young Adults didn’t sneak off to the chalet for wild parties anymore. What really sealed him feeling old was seeing that his favorite female DJ had aged up to elder. Daniella and Quincy, the only two Young Adults at the party, didn’t seem to mind, so Luca tried to let it go. 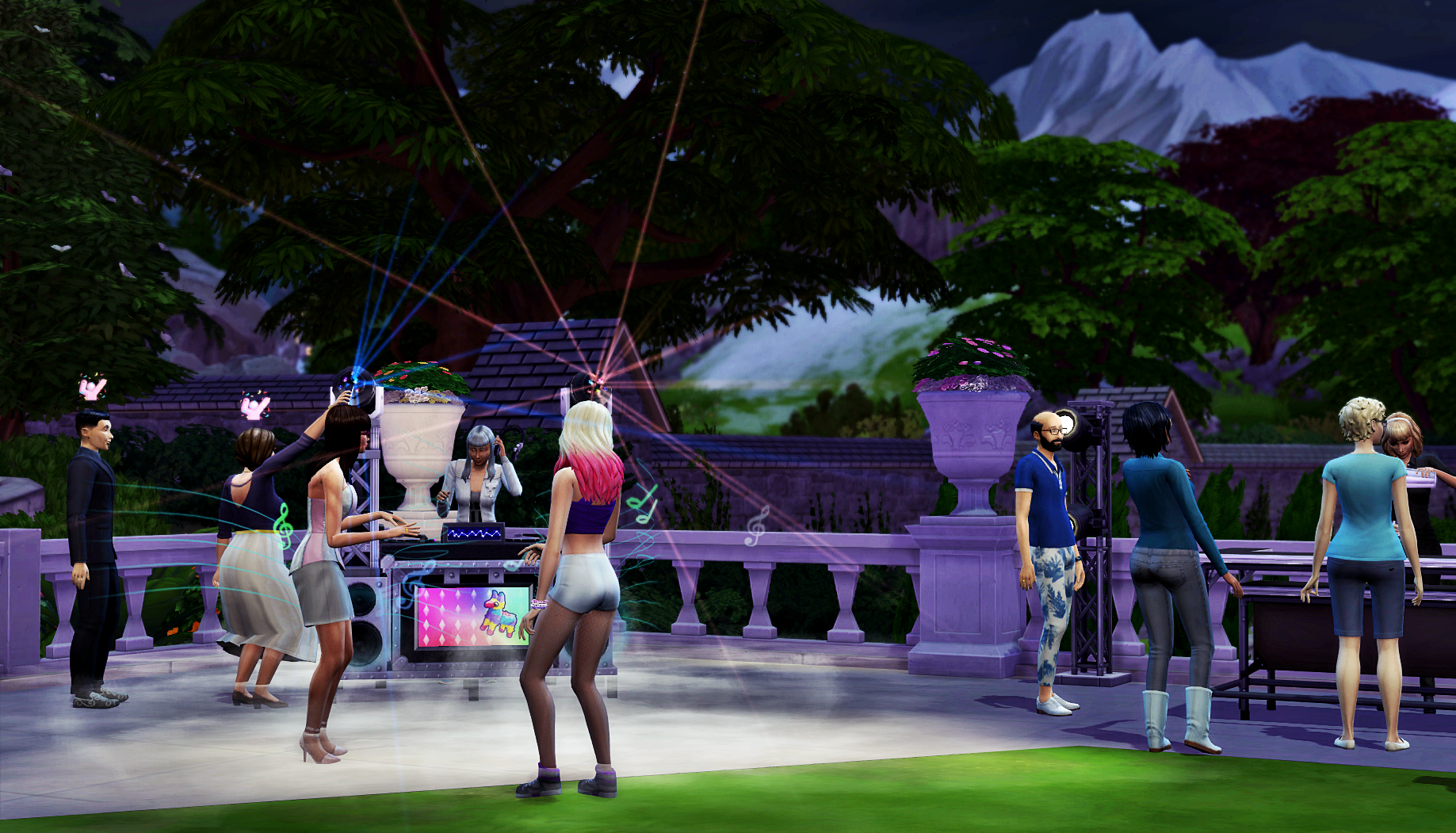 Luca grabbed a snack and kept an eye on Quincy and Daniella. It would ruin everything if she told him her concerns. The last thing Luca needed was Quincy having concerns and telling his parents. Luca hadn’t figured out what he would tell Laurel and the rest of their club if they suspected anything.

He’d carefully crafted his “tough guy” image, emphasis on the air quotes. They saw him as harmless, and he needed to keep it that way. Quincy knew Daniella well enough to ask questions, but it looked like she was doing a good job of avoiding the topic. 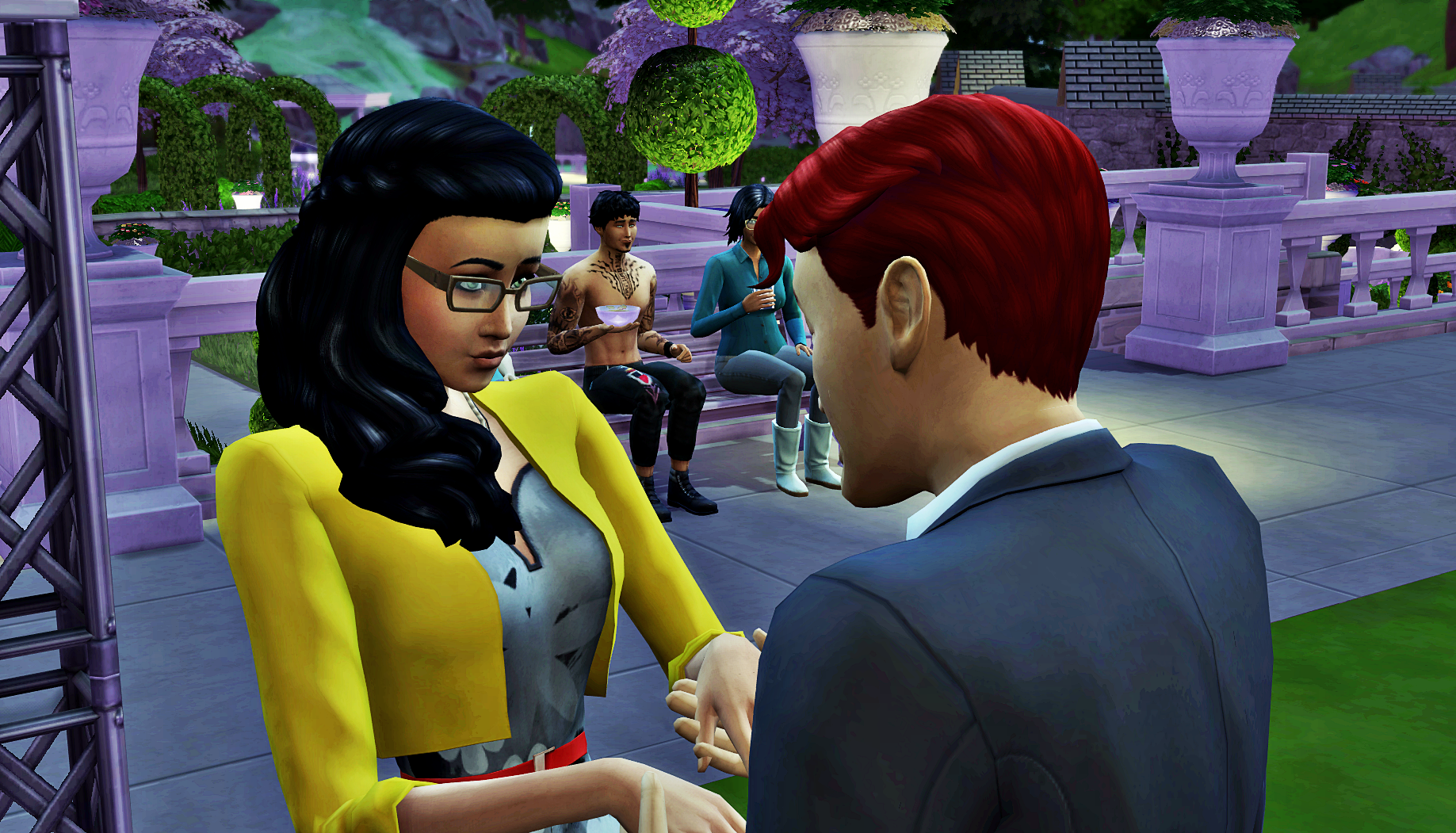 Not wanting to risk it, Luca came up with a quick plan. All Sims knew the One, Two Steppin’ line dance, and when he whispered his idea into Laurel’s ear, she was all for it. She helped him gather them all on the dance floor. He included Joslyn since she was the one who invited them out in the first place.

The Holloway-Epstein clan took over the dance floor, and all thoughts of Jim Holloway were pushed from Daniella’s mind. She loved the idea that they were “practicing” for a “family dance” that they might repeat at her “wedding reception.” Luca knew there was no way that was going to happen at her actual wedding, but she didn’t need to know that yet. 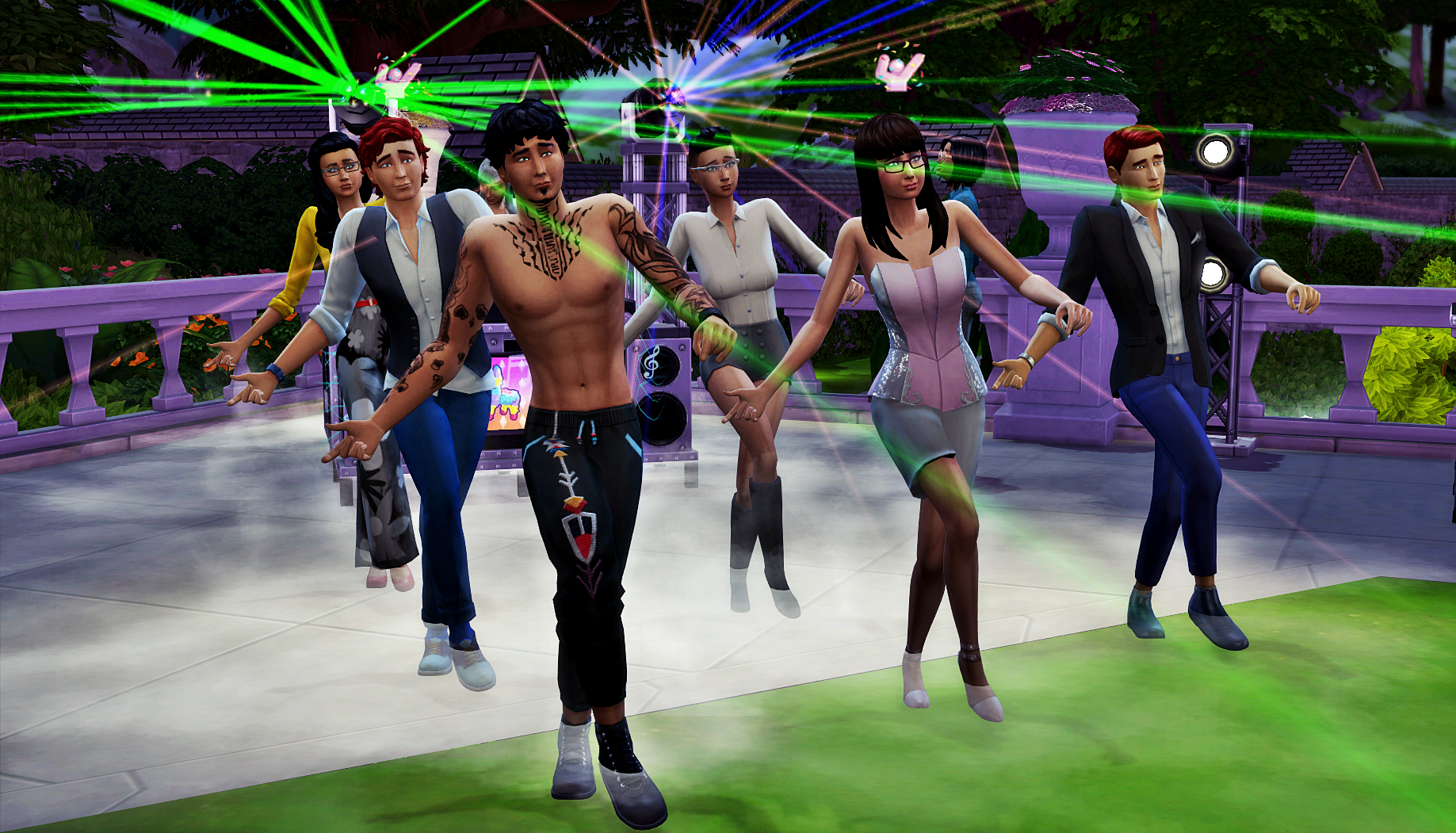 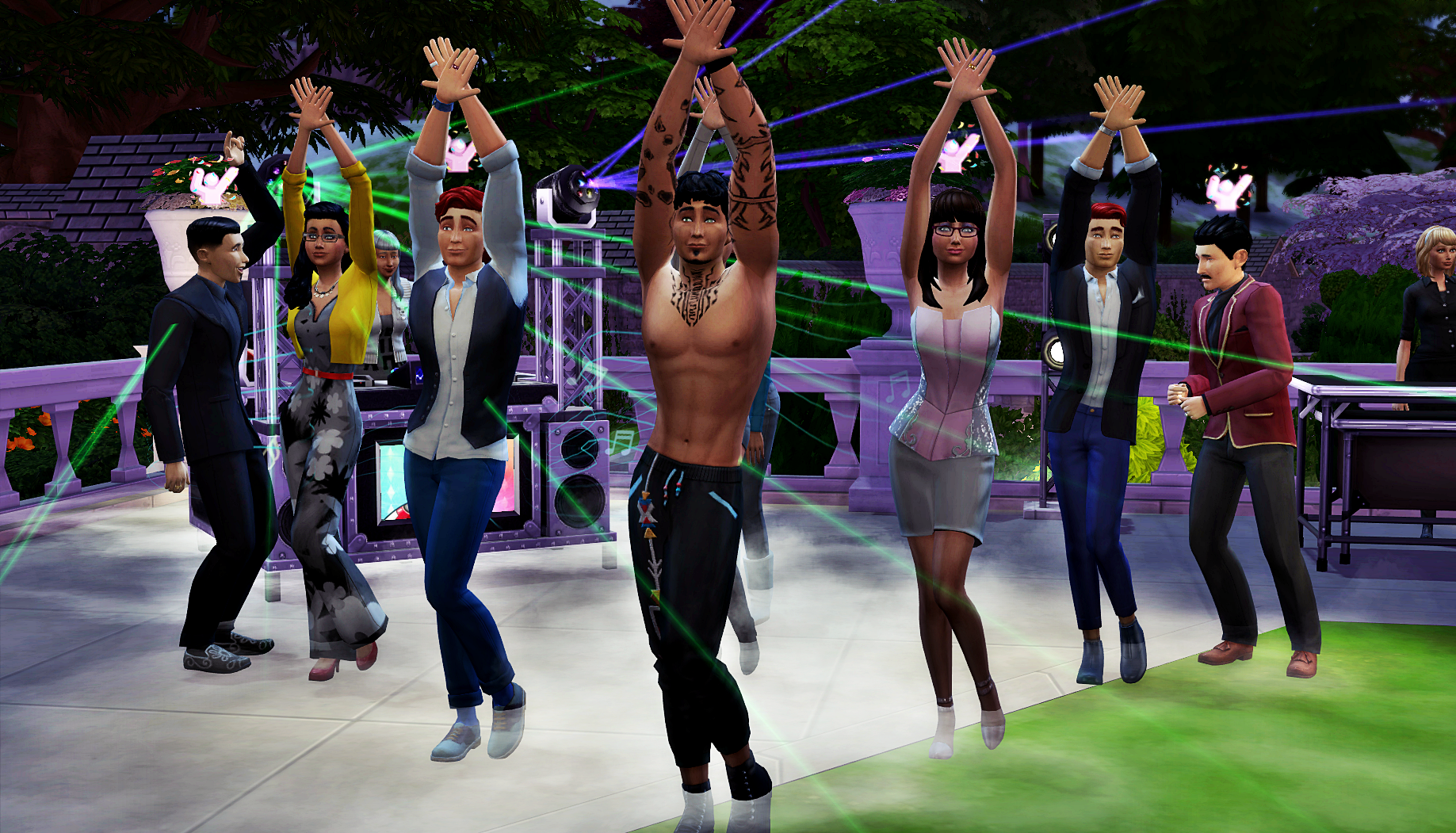 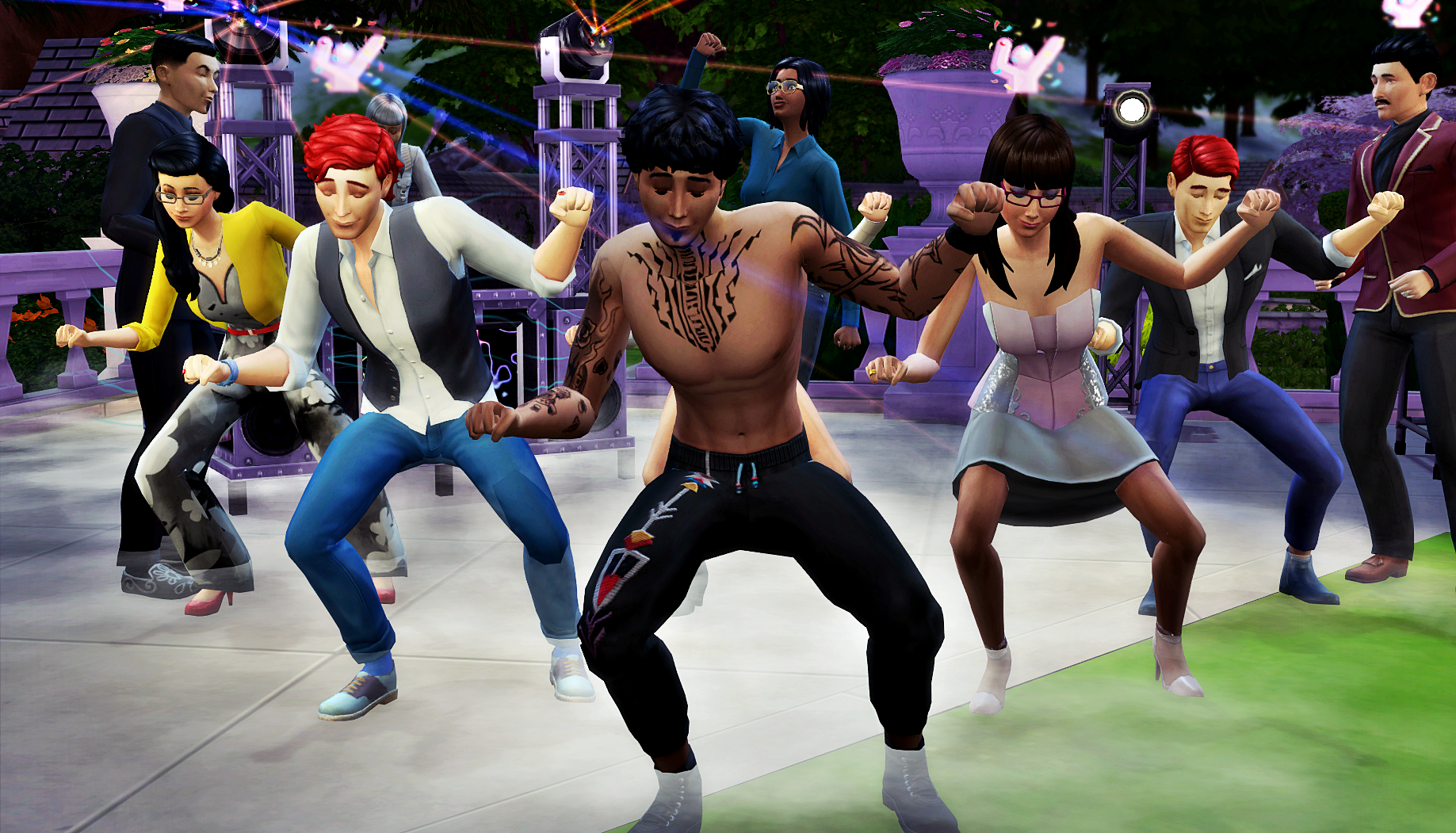 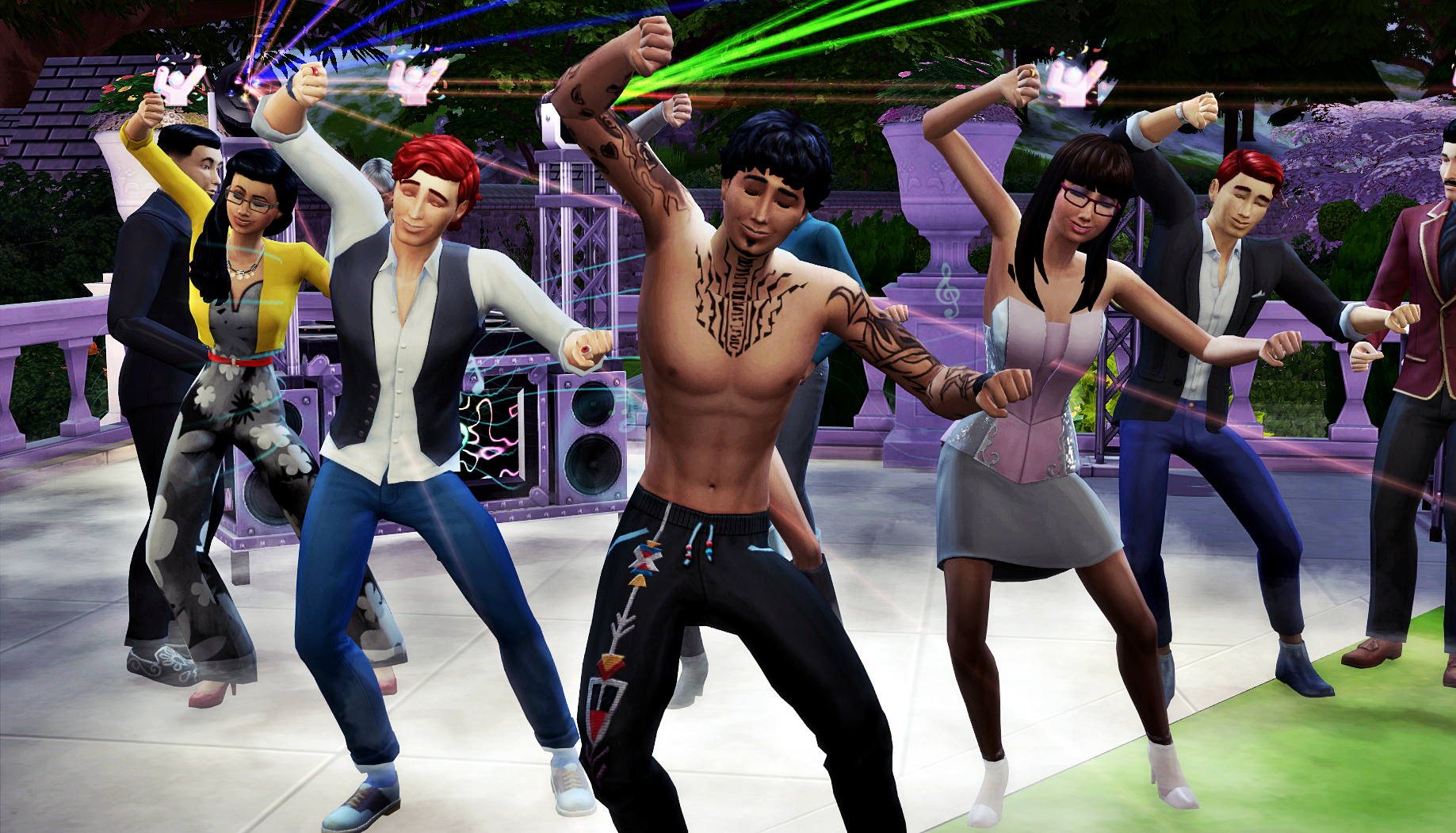 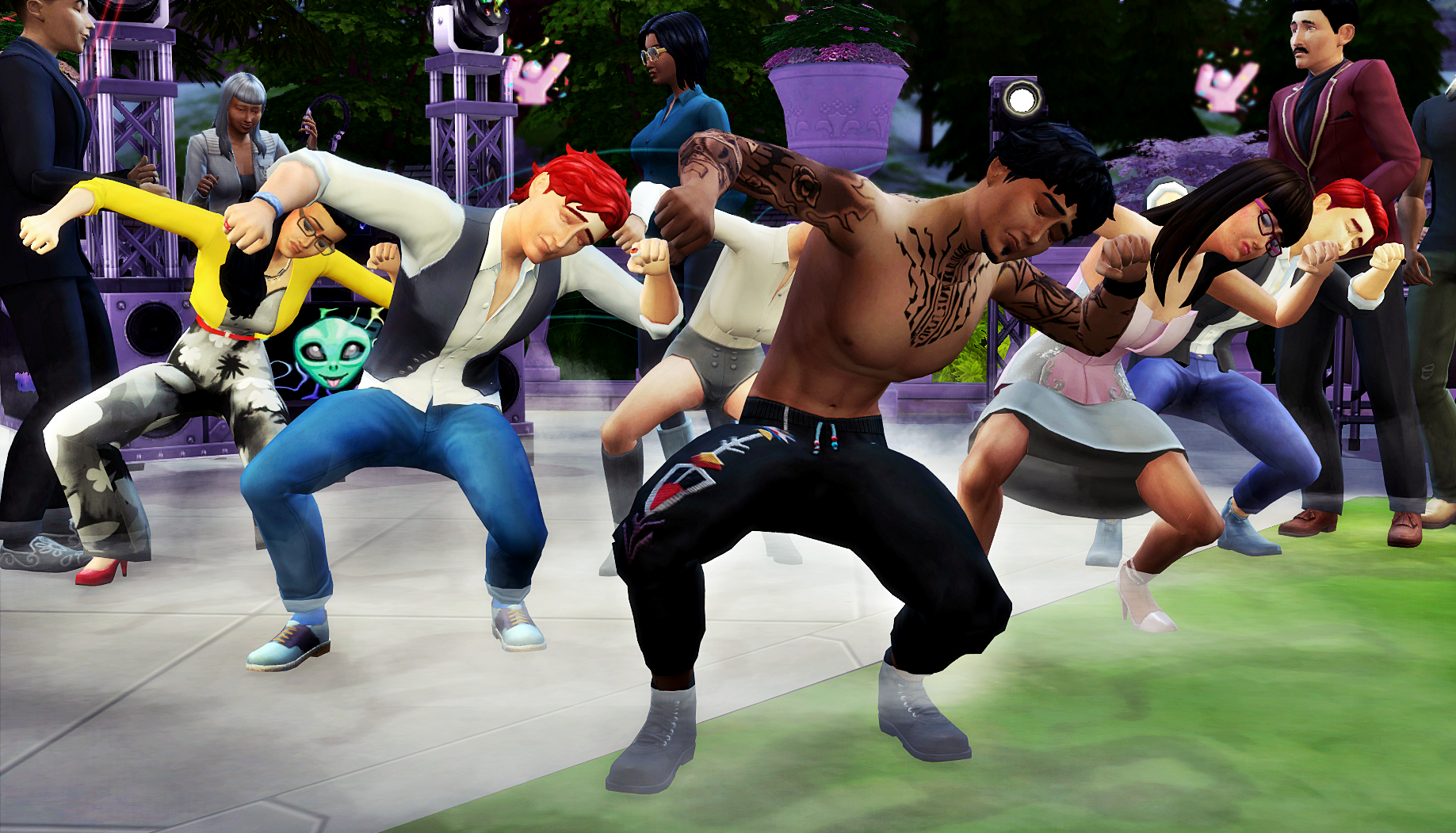 Luca had to admit he enjoyed this family moment. He didn’t have many of those to look back on in his life. He found himself really looking forward to joining the huge Epstein family. 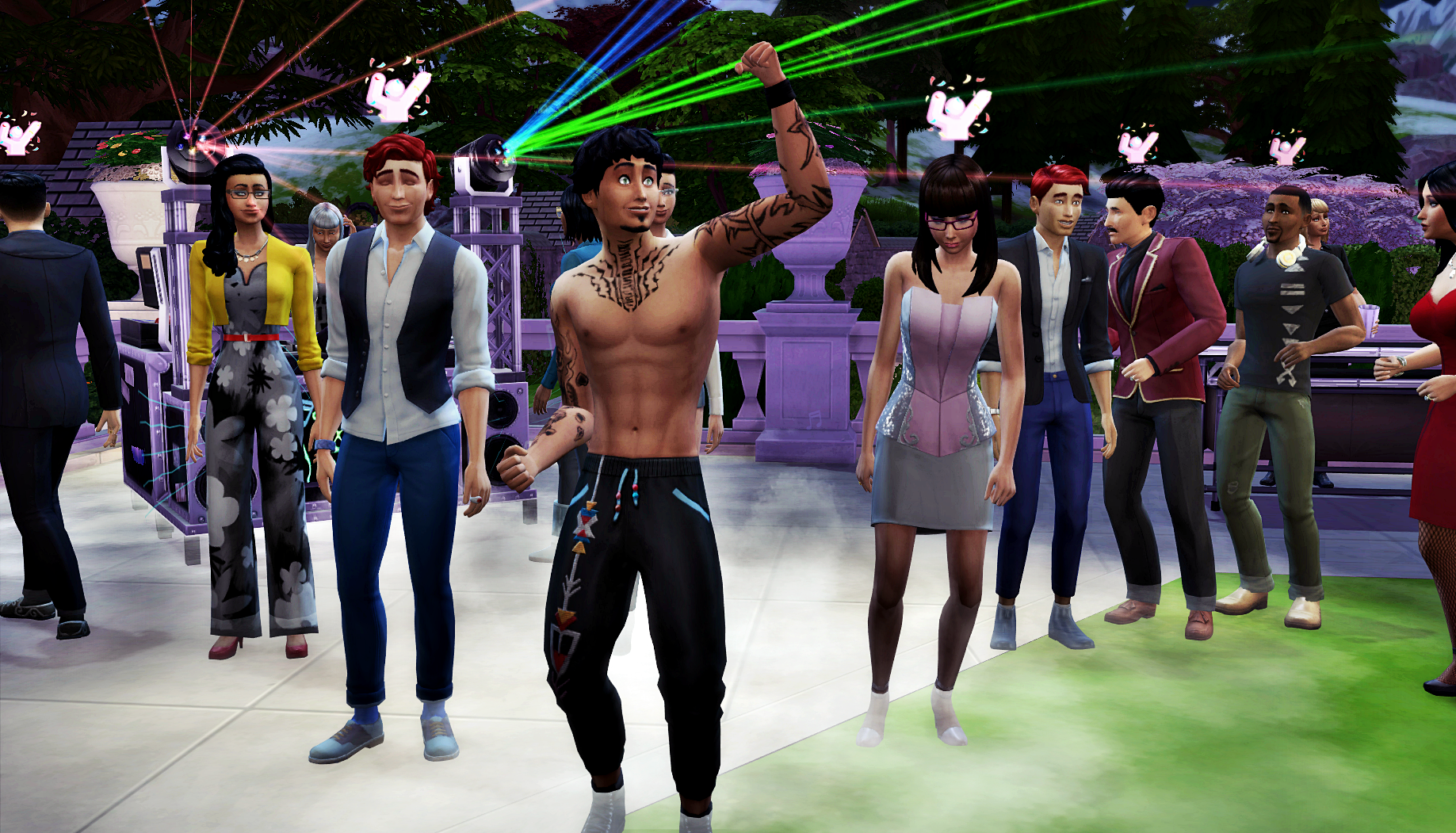 He was having so much fun and thinking so fondly of his new family that he forgot about his other new family. Thoughts of Liz and Lara and Logan were the furthest thing from his mind. 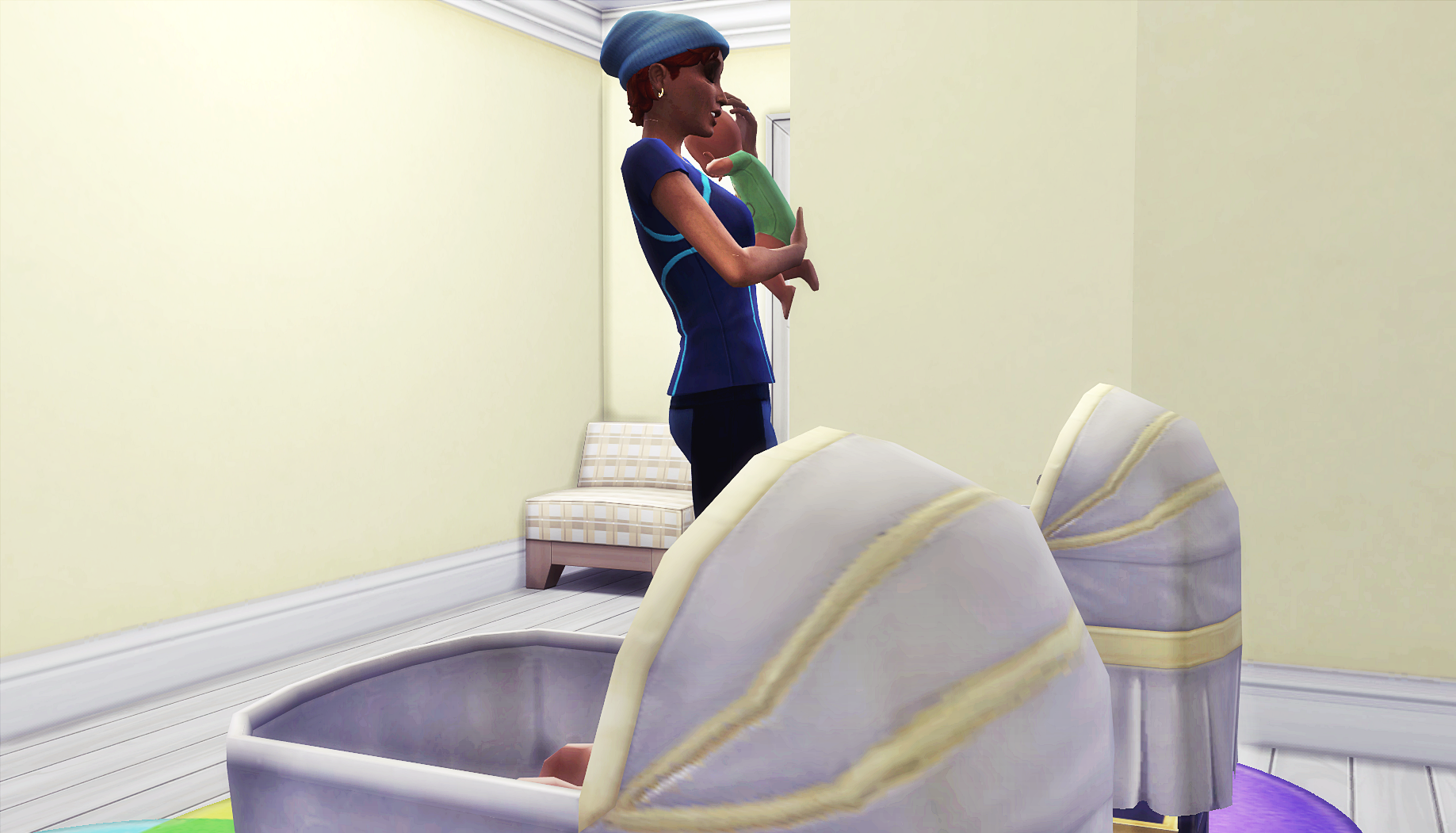