Liz woke up the next morning, and felt relieved Luca was already awake. She started the morning in her ideal way. She let loose on the bag, punching out all her frustration. She wasn’t necessarily unhappy that Luca’s father was arriving, that morning, to stay with them, without anyone asking her what she thought. She just… well, it didn’t matter. Just a few more minutes on the punching bag, and the cloud would pass. 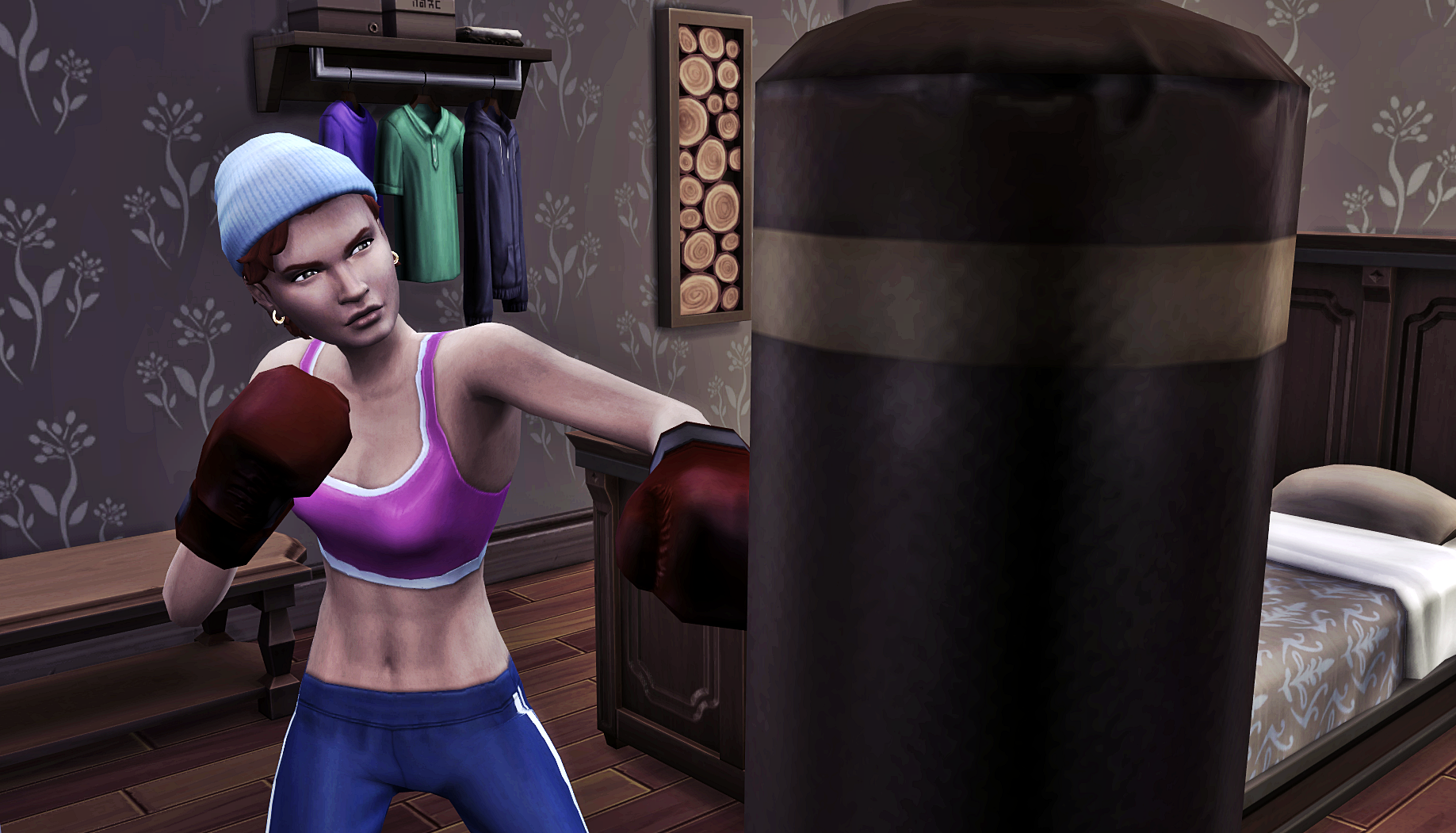 After her workout, she headed to the orchard to water the blackberry bushes. She knew she wouldn’t be ready to greet Luca’s father right when he arrived, but she didn’t care. The blackberries needed her, and she needed the peace. 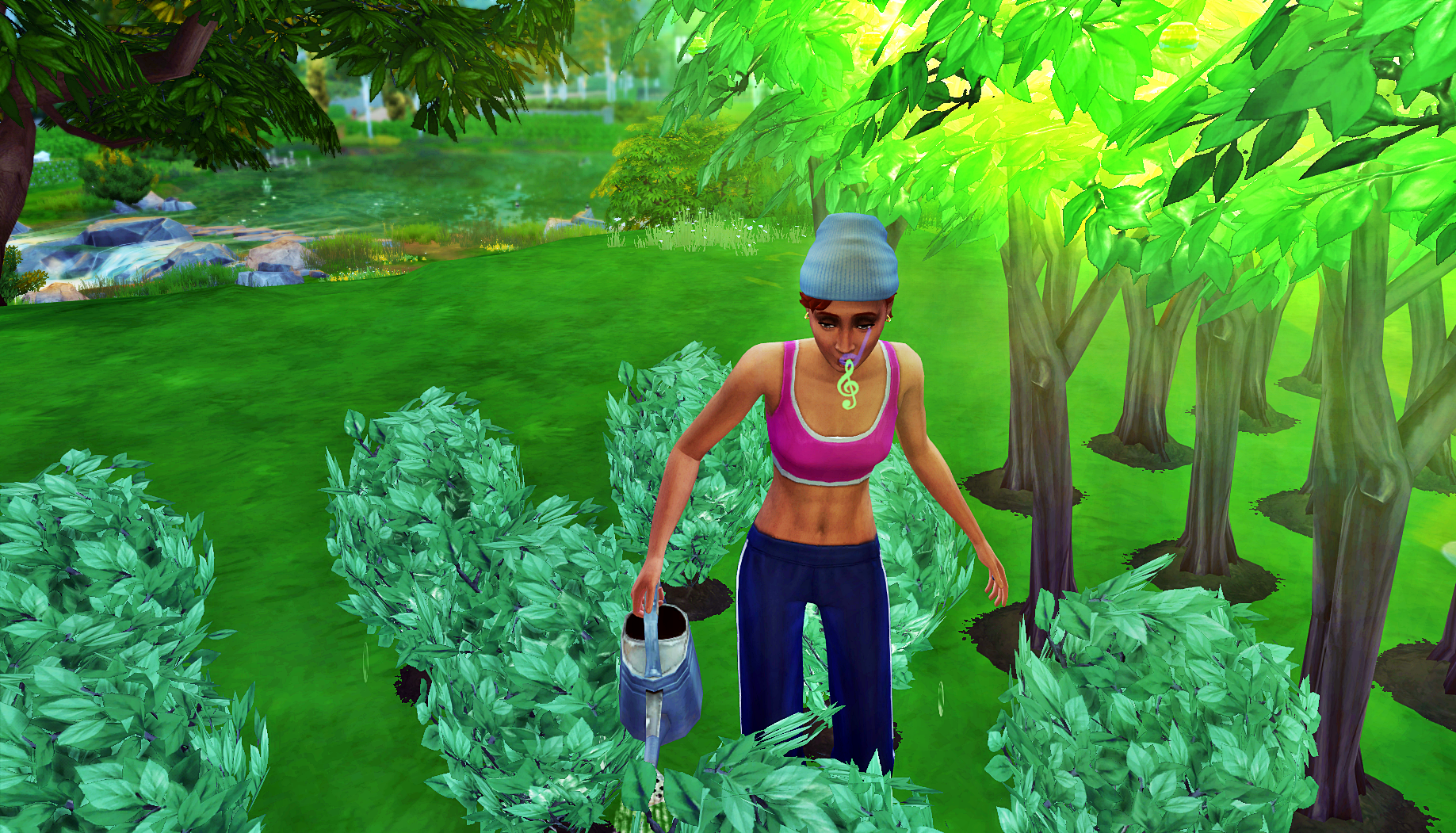 By the time she headed to the shower, the sun had fully risen, and their guest had landed in Windenburg. She didn’t hear the knock at the door signalling the arrival of Luca’s father, whose name was Jim Holloway. 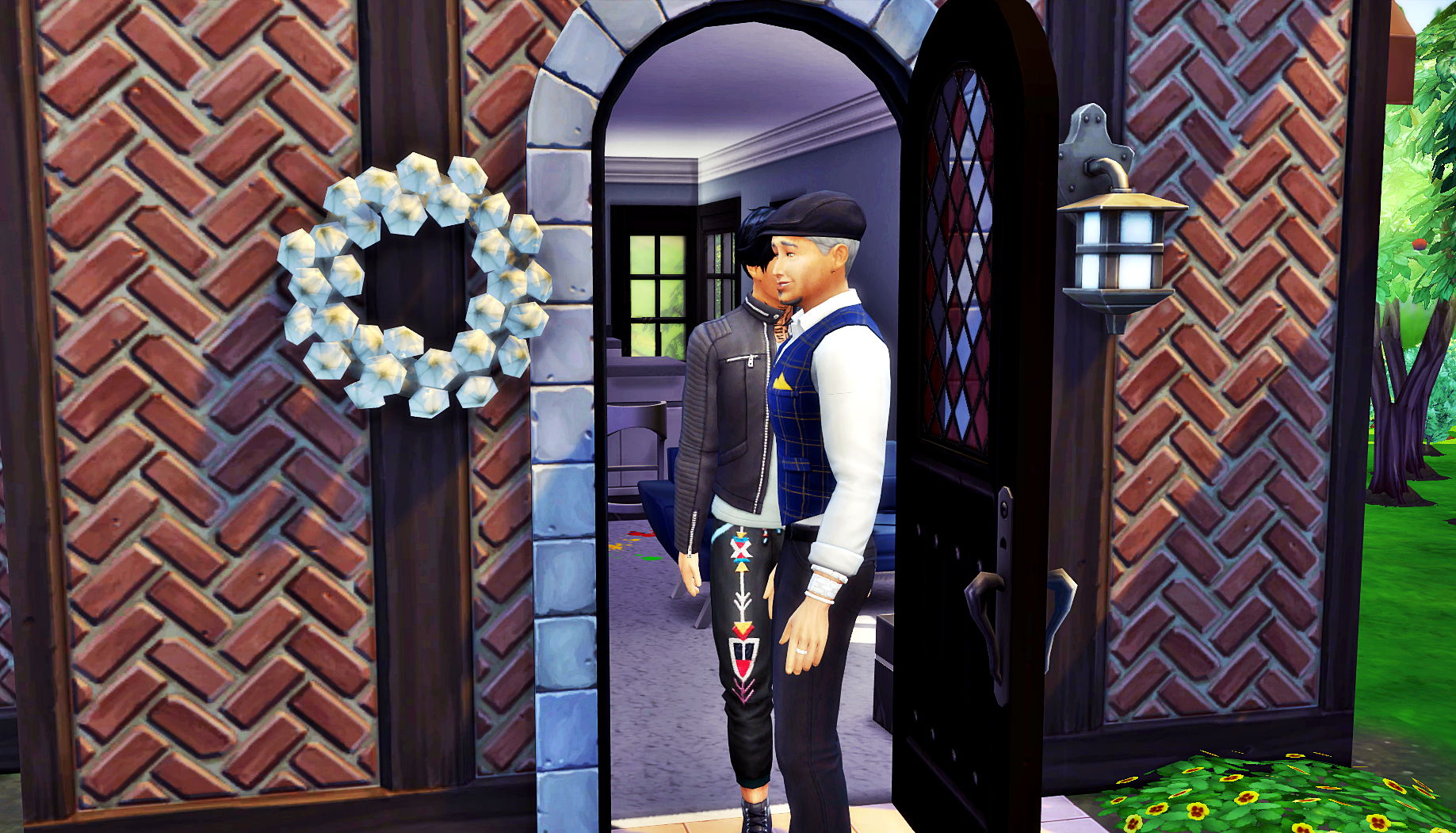 “Babbo!” As Luca embraced his father, he realized he really missed him. 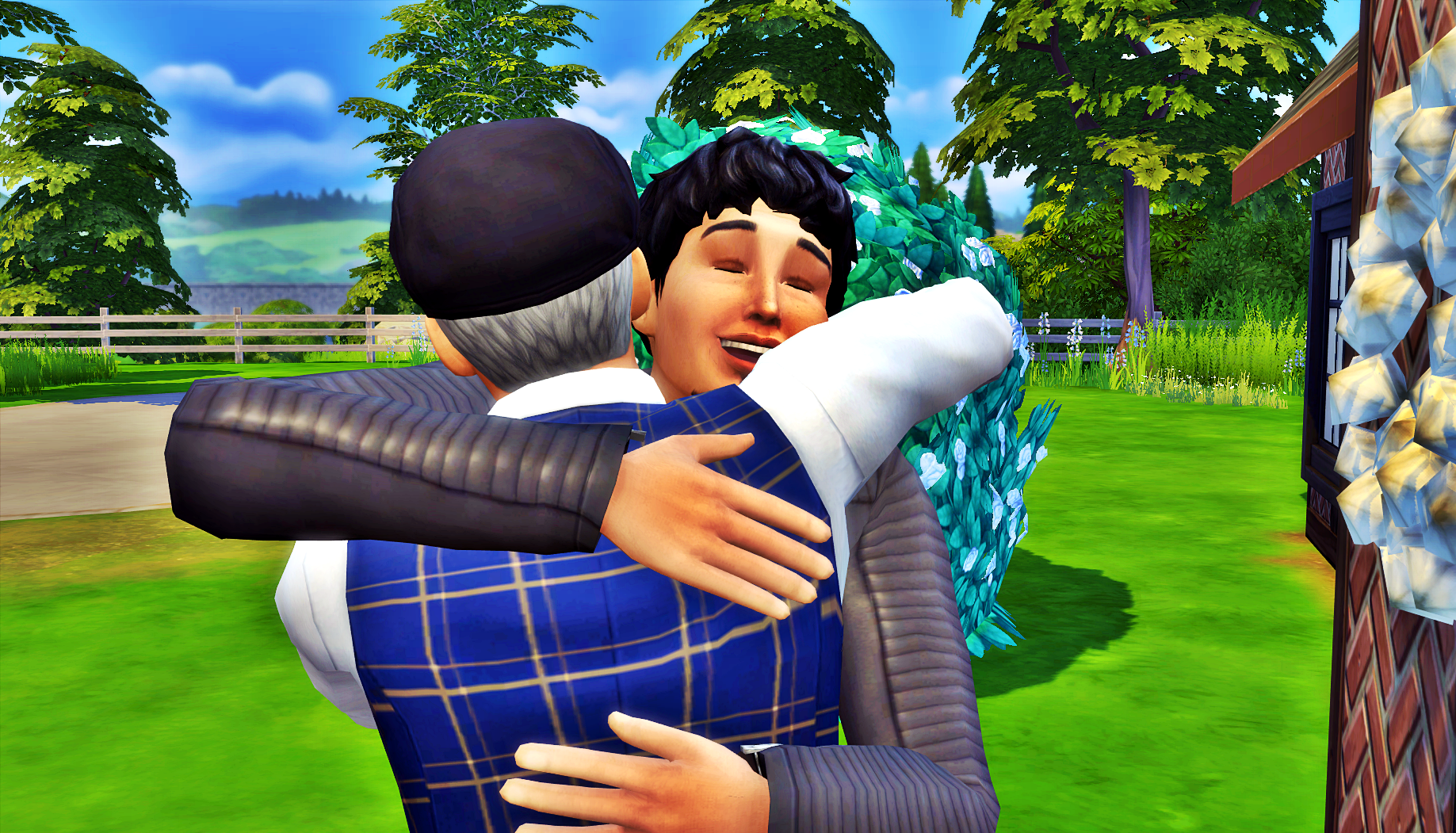 “Mio figlio! You’re looking more like me every day. Lucky for you, that means you’re getting more handsome every day.” 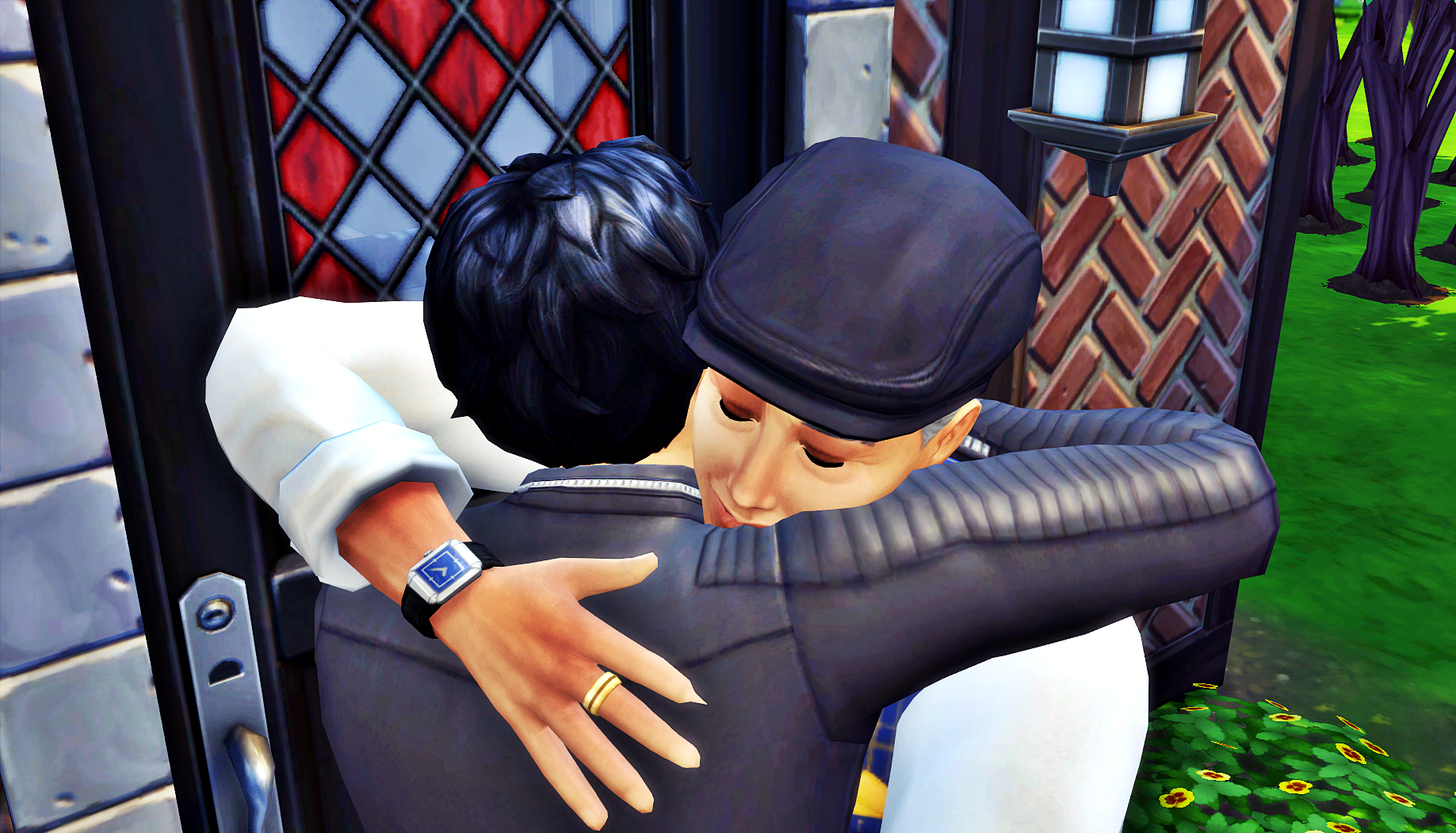 “Look at you,” continued Jim, “are my eyes deceiving me? You’re wearing a shirt and a jacket? I can’t wait to meet the woman who got you to do that. Where is she?”

“Liz will be out here in a sec, she’s just in the shower. She wanted to get in an early morning workout. She did everything she could to drop the baby weight, you’ll see.”

“Your mother never would’ve missed the arrival of a guest,” said Jim, “but then again, I can appreciate that your wife is working hard to keep things tight. She’s so pretty in her pictures.” 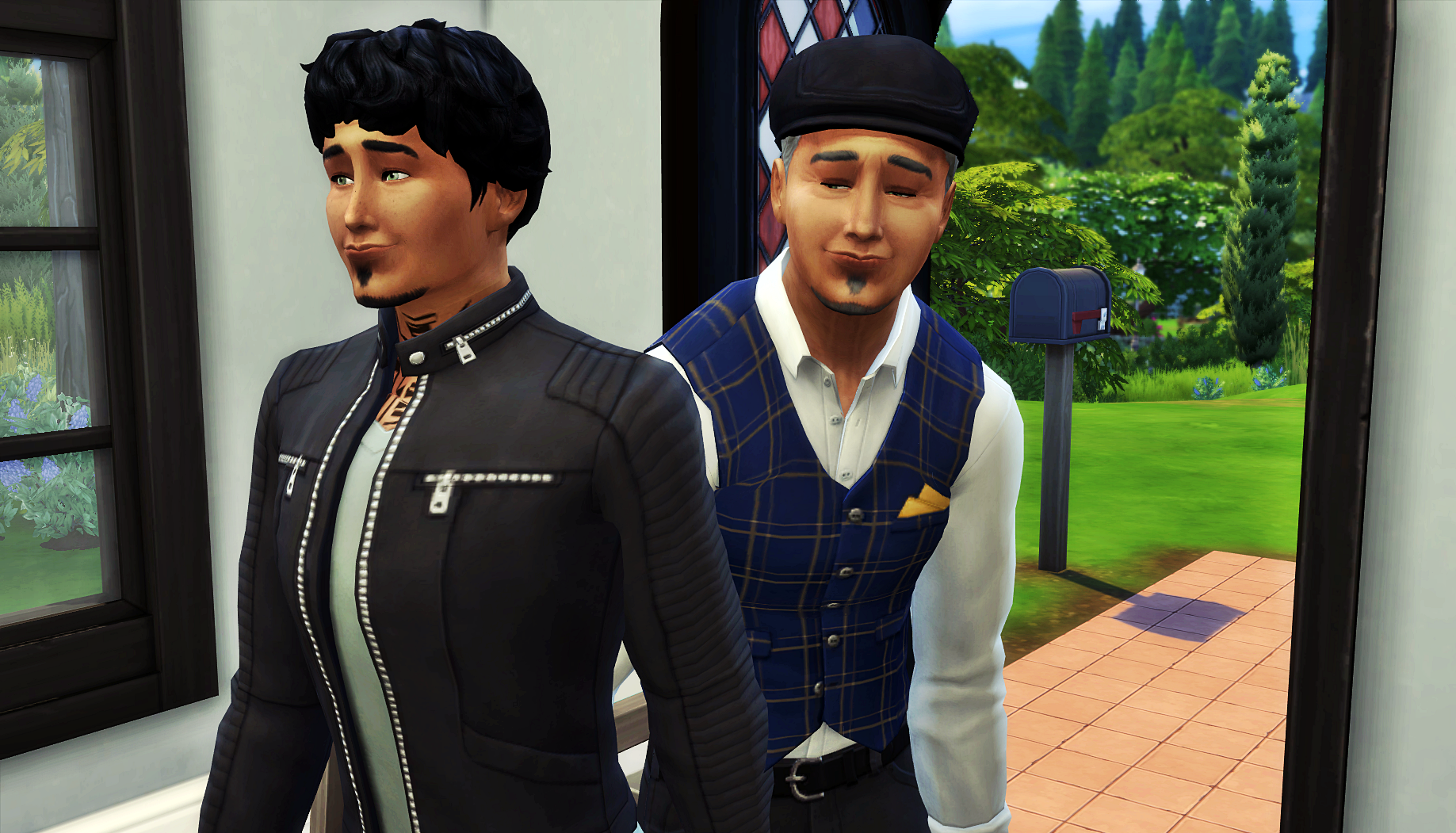 “I’m just saying,” said Jim as he took a seat at the kitchen peninsula, “you know your mother kind of let herself go a bit there at the end. You’ve gotta put your foot down early and let your wife know where the line is. There’s only so fat a wife can get before she can expect a man to look elsewhere to find beauty to appreciate.”

Liz: I’m just going to pretend I didn’t hear that. 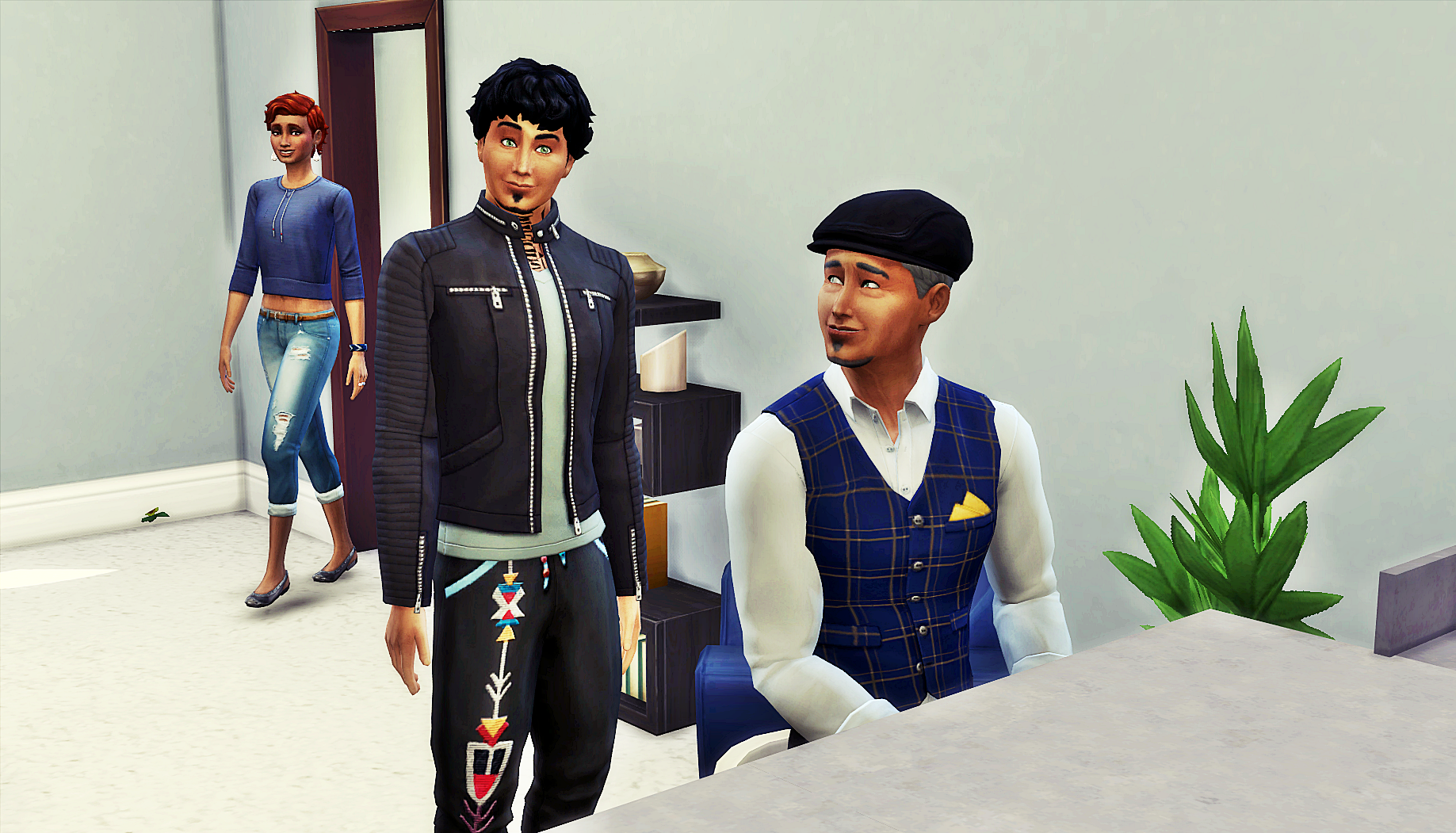 “Hello! It’s so nice to meet you Mr. Holloway. I’m Elizabeth, but everyone calls me Liz.” 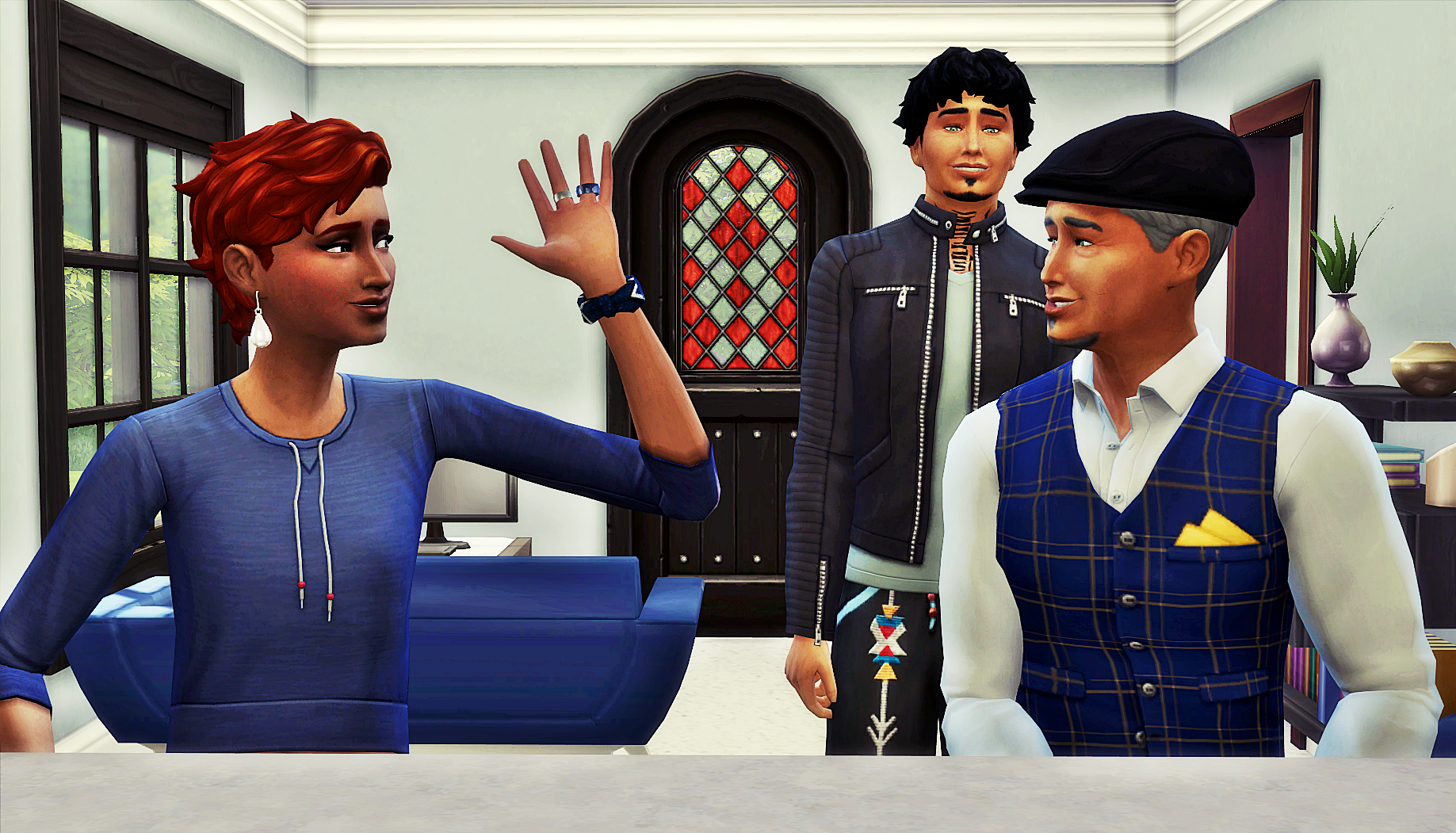 “Nice to meet you Liz,” said Jim. “You’re so beautiful; the pictures don’t do you justice.  And from what my son tells me, you make him very happy, so welcome to the family.” 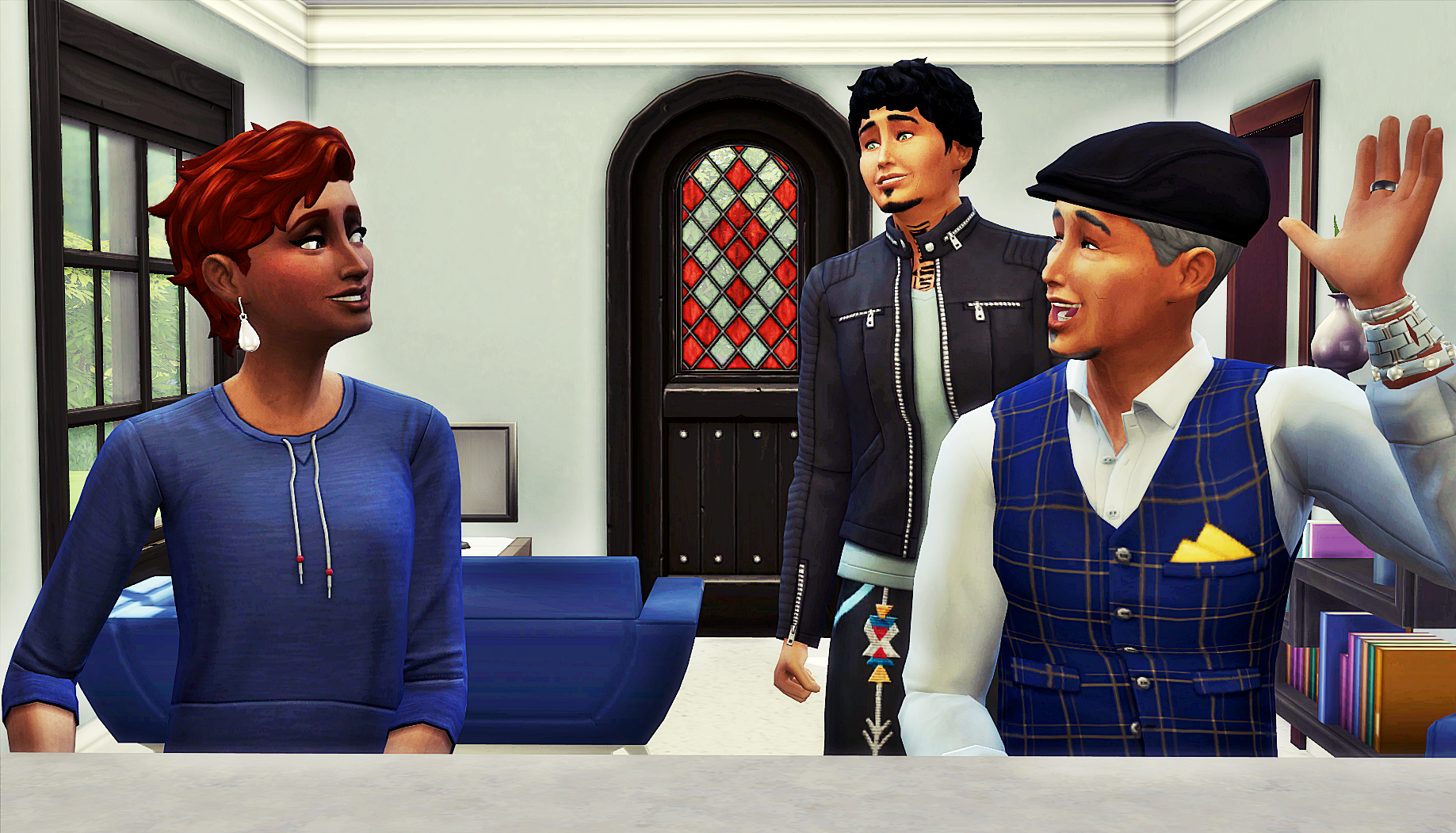 “Oh, thanks! Well, I’ve been a part of the family for a while now, but I appreciate the welcome.”

“Did Luca ever tell you that you’d be even more beautiful if you grew your hair out? I mean, it’s great like it is now, but you all basically have the same haircut. It’s hard to tell who’s the woman, and who’s the man, amiright Luca?” 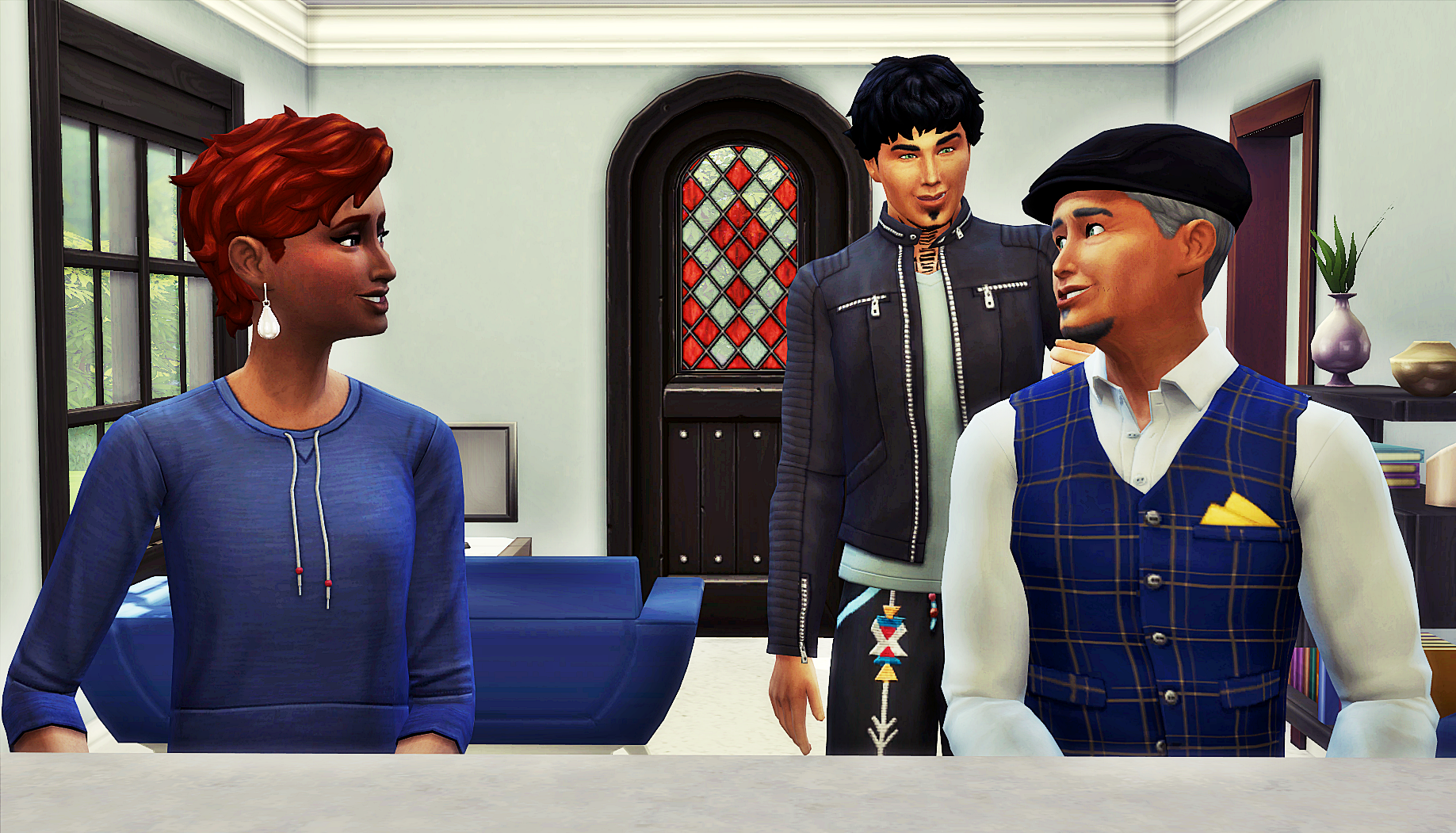 “I see,” said Jim. “Let’s talk about something else. Liz, Luca told me that you all are discussing renovating this place.”

“Oh, yes, we are! Luca and Dani never did anything with this place after they moved in. Me, I’d like to make it feel more like home, you know, get a few custom finishes, things like that. But frankly we’re so busy with work and with the babies. And we can’t agree on a budget either. So it’ll probably be a while before that happens. I just have all these ideas. You may not know this, but I grew up in a beautiful home. It’s right by the karaoke place in the fashion district. It’s beautiful, right Luca? Well, the point is, I have a lot of ideas that would never work in the city, but will work perfectly here in the country. So one day, we’ll get there.”

“‘Consider it done’?” Liz was really confused, and she didn’t know Luca’s father well enough to guess what he meant. 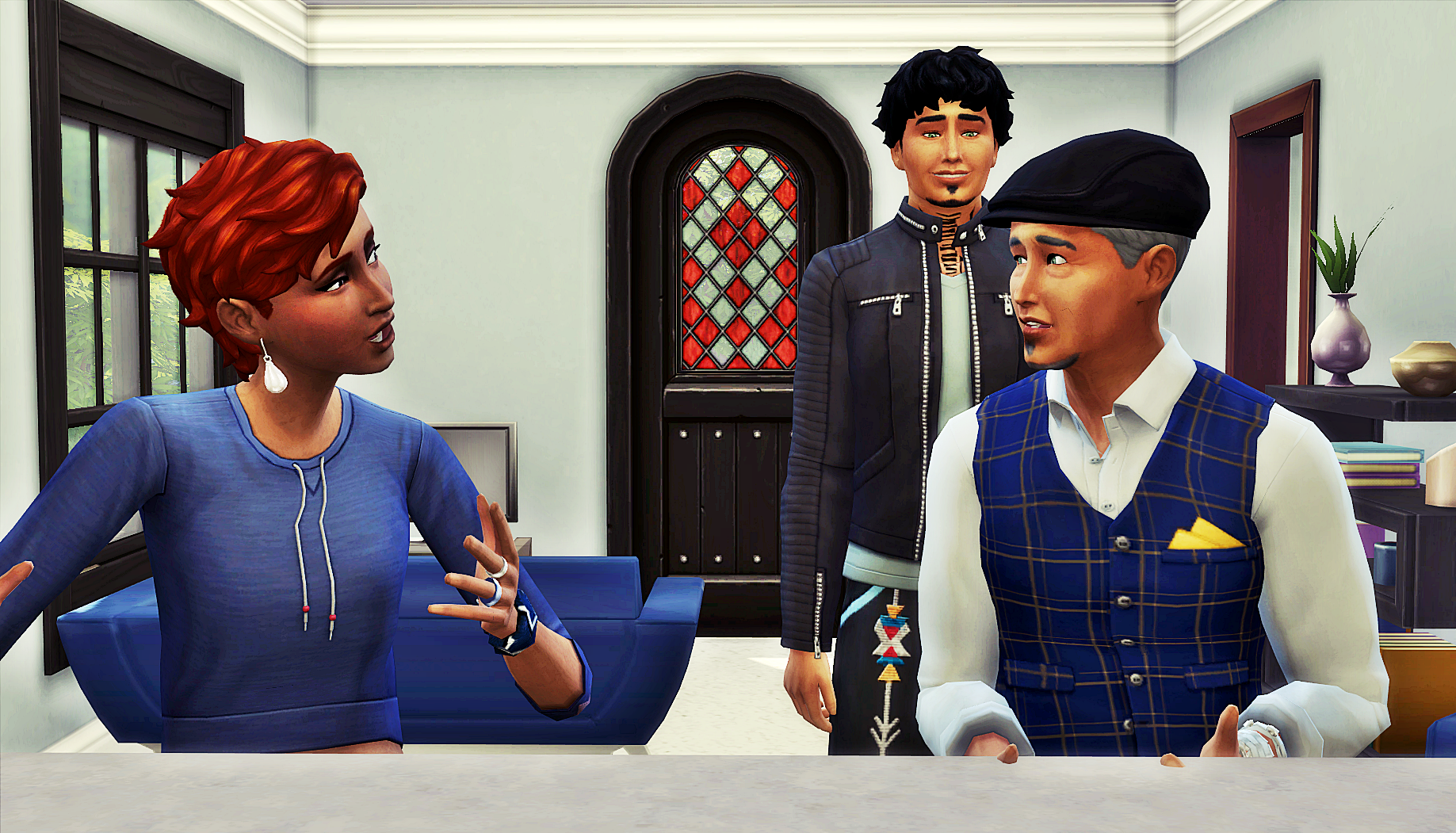 “I see my son hasn’t told you about me. Figlio, tell her about me.”

Liz looked to Luca for a better explanation. “He means he’s going to give us the money, and he expects that we’ll start the renovation immediately.”

“Oh yeah,” said Luca, “he does things like this. Let me guess, Babbo, it’ll be a better-late-than-never wedding present?” 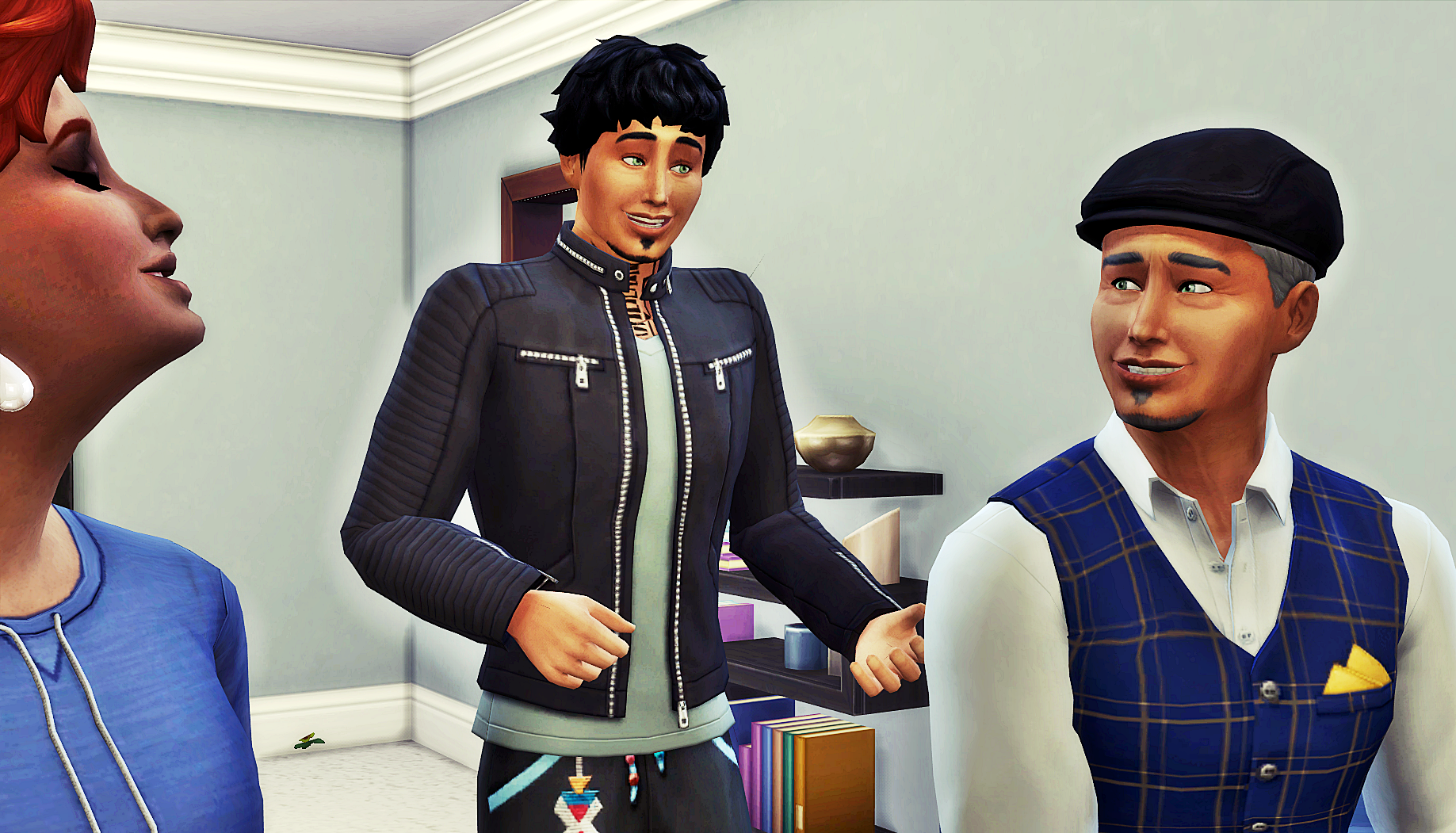 “You got it,” said Jim. “And now that that’s settled, where are the bambinos? They awake yet?”