Liz and Luca Holloway considered themselves happily married. They had all the trappings a married couple should.

They had couple friends.

They easily brought a smile to each other’s faces.

And they had gotten very good at pretending they never noticed their friends’ and families’ less than enthusiastic support or each other’s flaws.

They were ready for the next phase of their lives. They were pregnant, and they were both looking forward to being parents. Liz walked into their bedroom, and saw Luca sitting naked on the bed. “You really don’t like clothes, do you?”

“Not when I’m in my house, in my bedroom, waiting on you to come join me,” said Luca. “Do you really want me to put my clothes back on?” 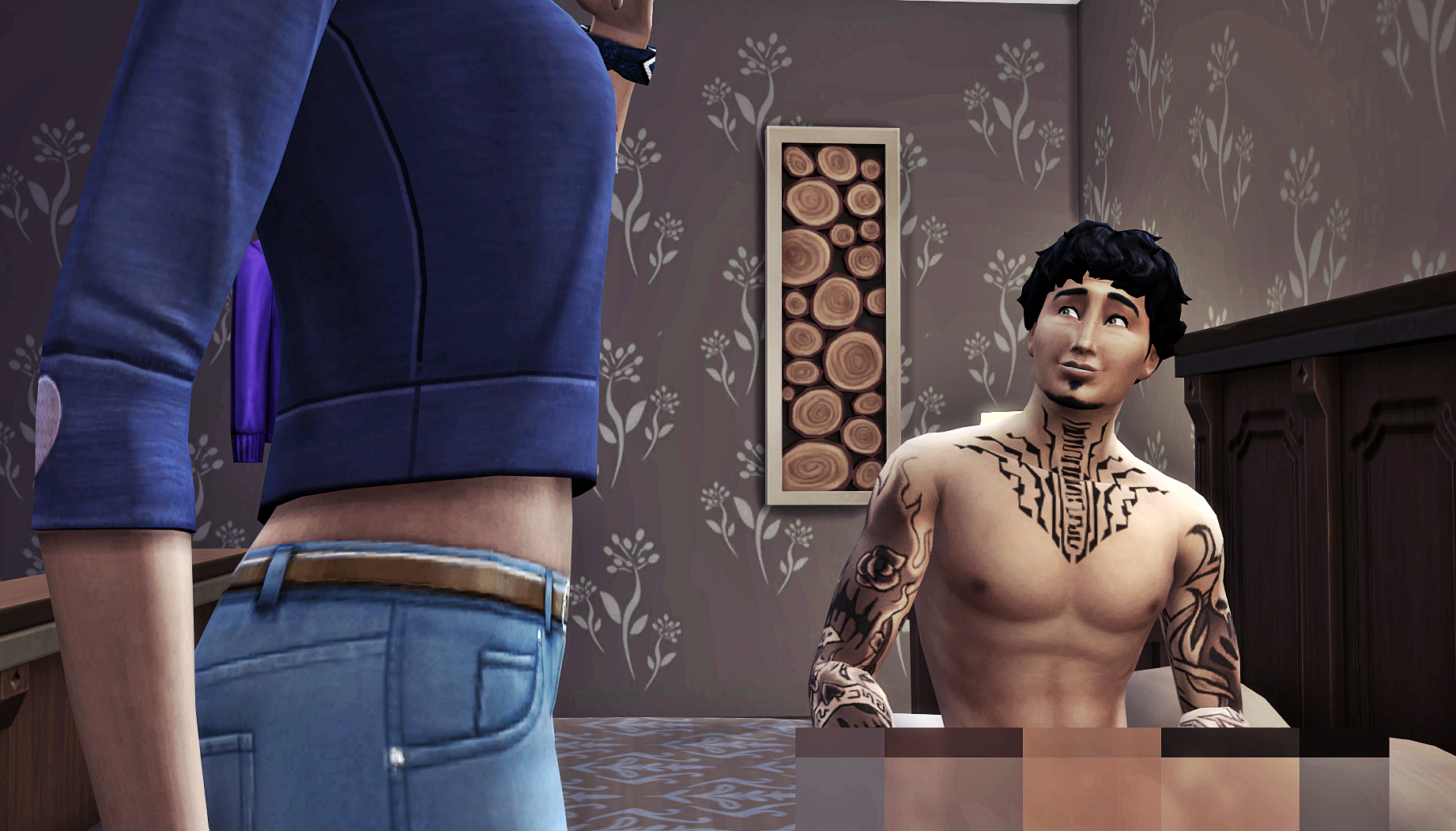 “Mmm,” began Liz, pretending to give it real thought, “You could put on more clothes, or I could take mine off. I can’t decide what we should do,” she said with a wink, pretending to be coy. 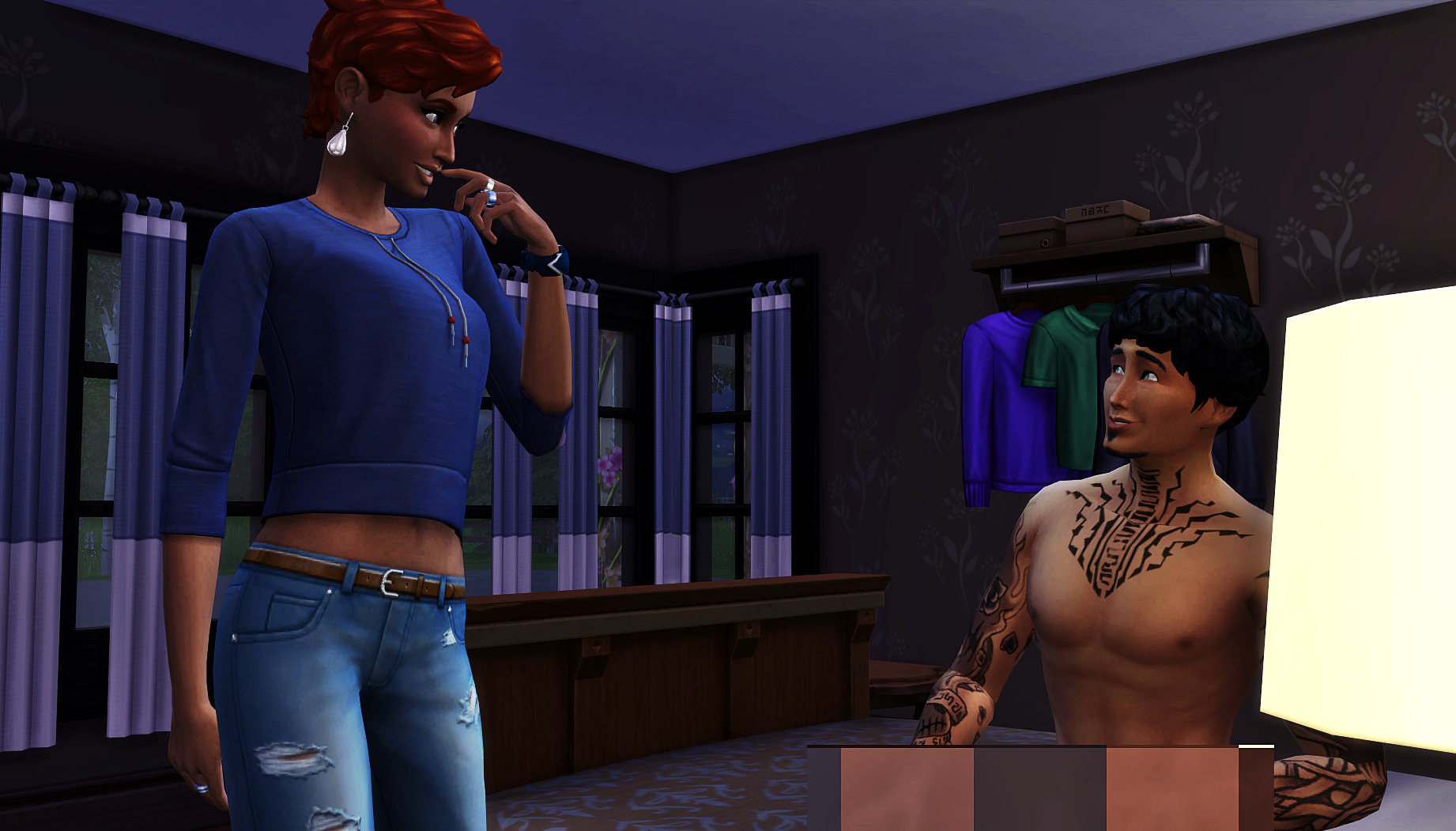 Luca really enjoyed this version of Liz. Being pregnant, she wanted woohoo all the time. Also, her athletic body meant she wasn’t showing yet. Some women looked ready for delivery as soon as they got pregnant, but not his Liz.

It wasn’t until she was really close to her due date did she finally pop. And thanks to the fact that she was carrying twins, she really popped. The discomfort she experienced almost constantly really put a damper on their woohoo life. Luca didn’t like it, but he told himself it wouldn’t last long. 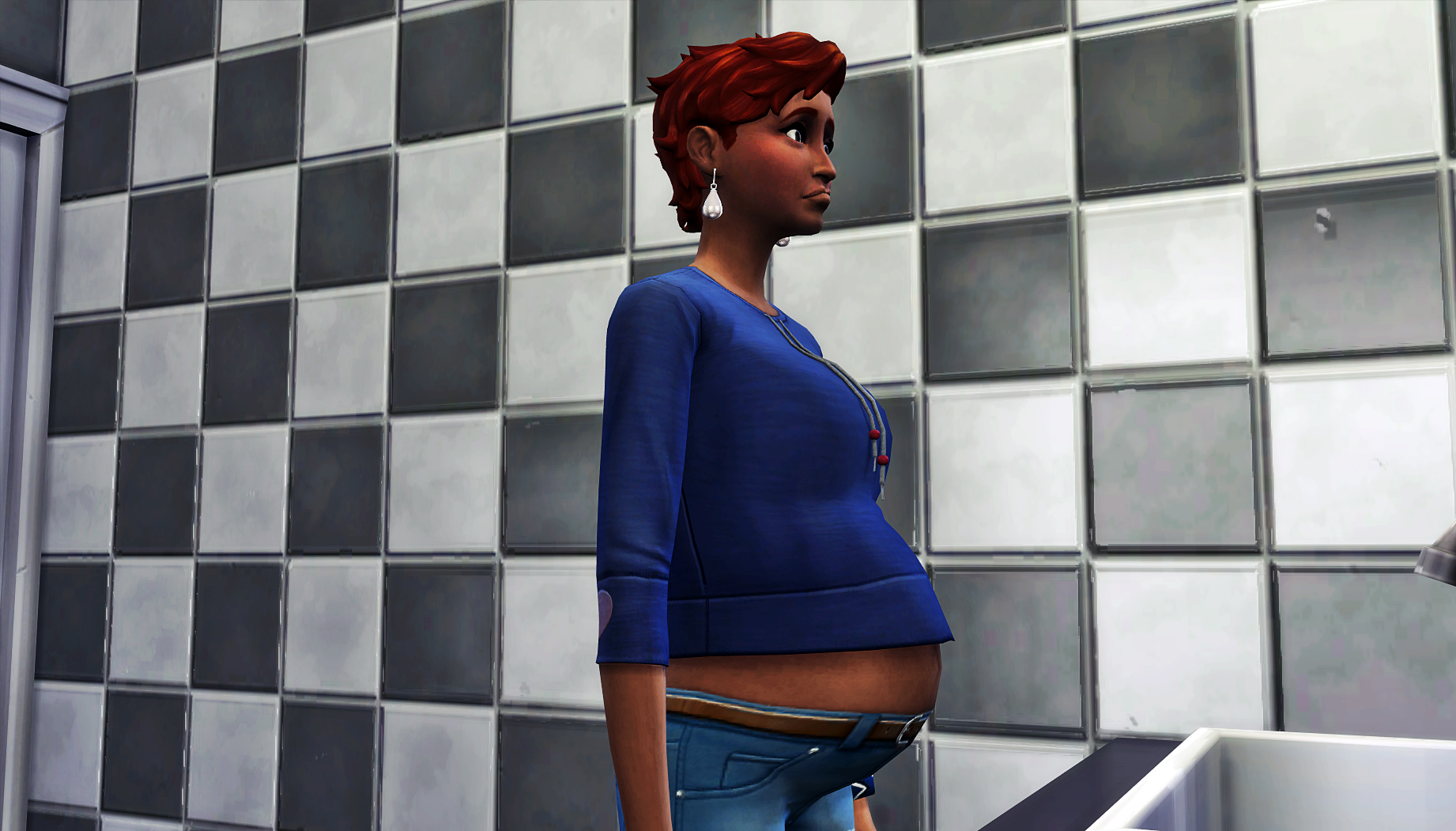 When Liz finally went into labor, Luca was so happy. Soon the babies would be born, and he could get his pleasant wife back. 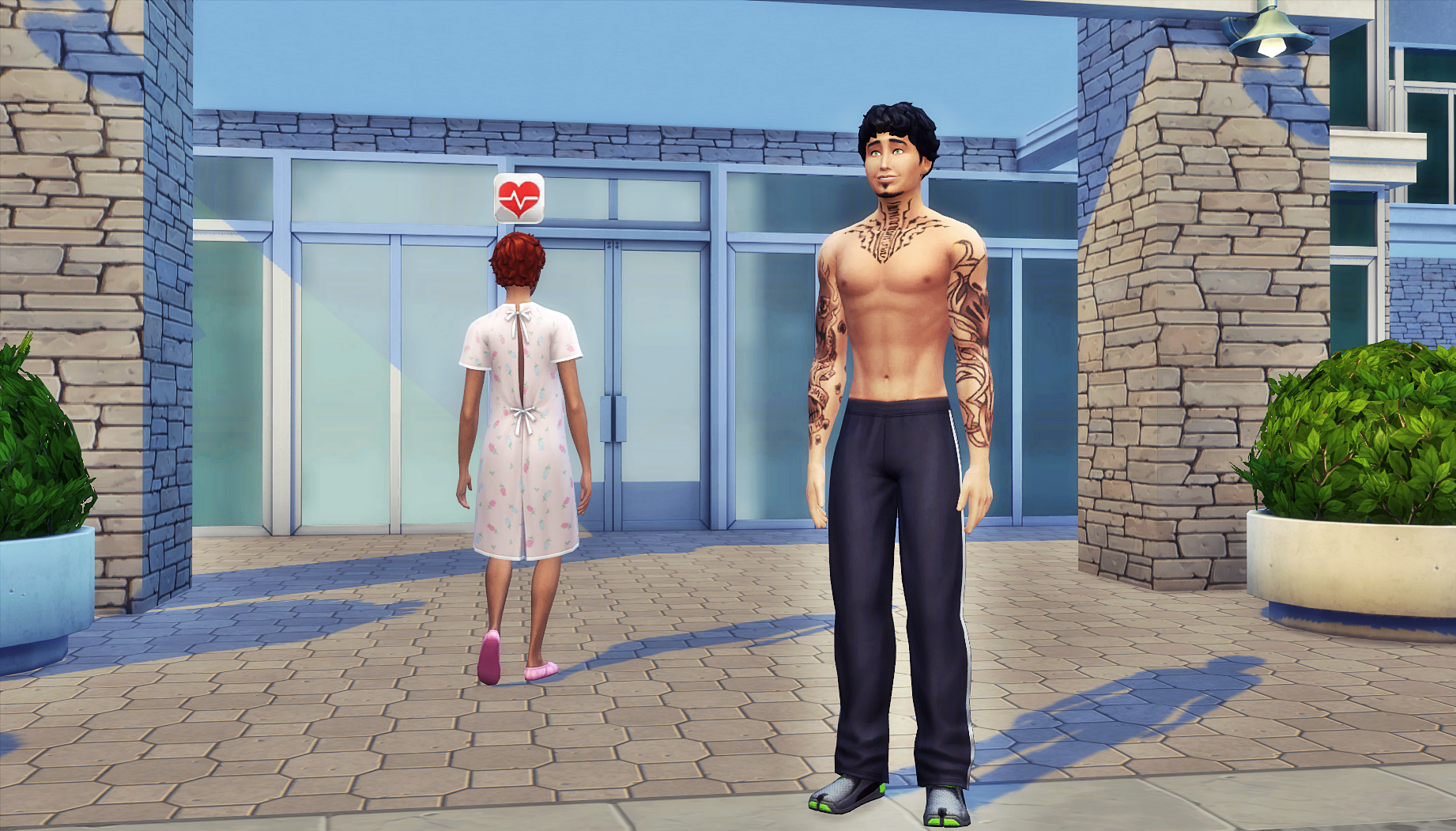 Liz had a different point of view. She was still worried about childbirth after talking to Carmen, and she wasn’t looking forward to trying to raise twins. She had doubts about her natural mothering skills and she really had doubts about Luca’s fathering skills. But that’s what you did when you got married, right? You had babies. So here they were, about to be parents. 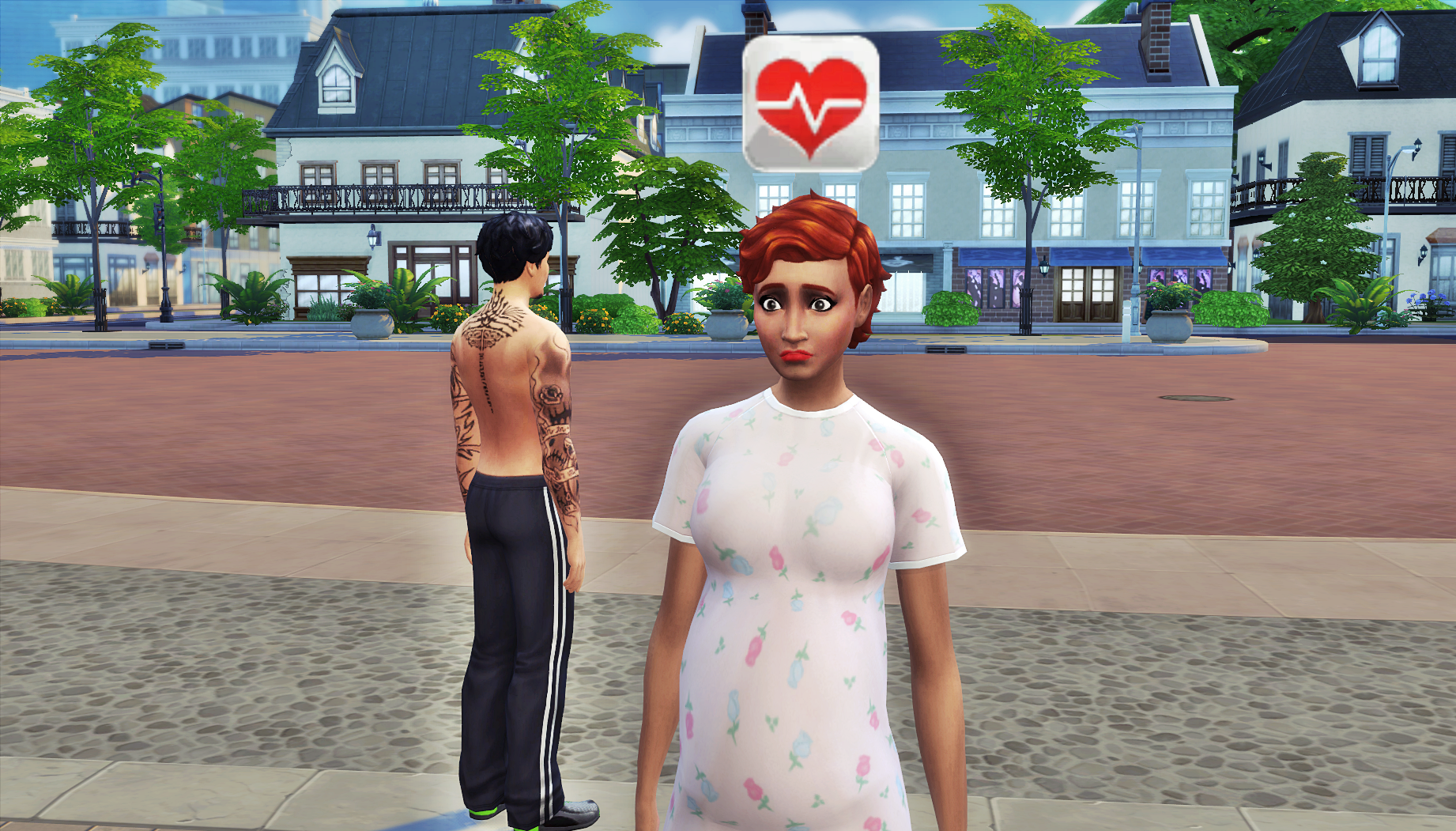 Luca knew the doctor who delivered all the babies in town. It was Dr. Aadhya Villareal. She was married to Luna Villareal, Hugo’s sister. Luca didn’t realize she’d come back from maternity leave already, and freaked out for a moment before covering it as pre-parental anxiety. 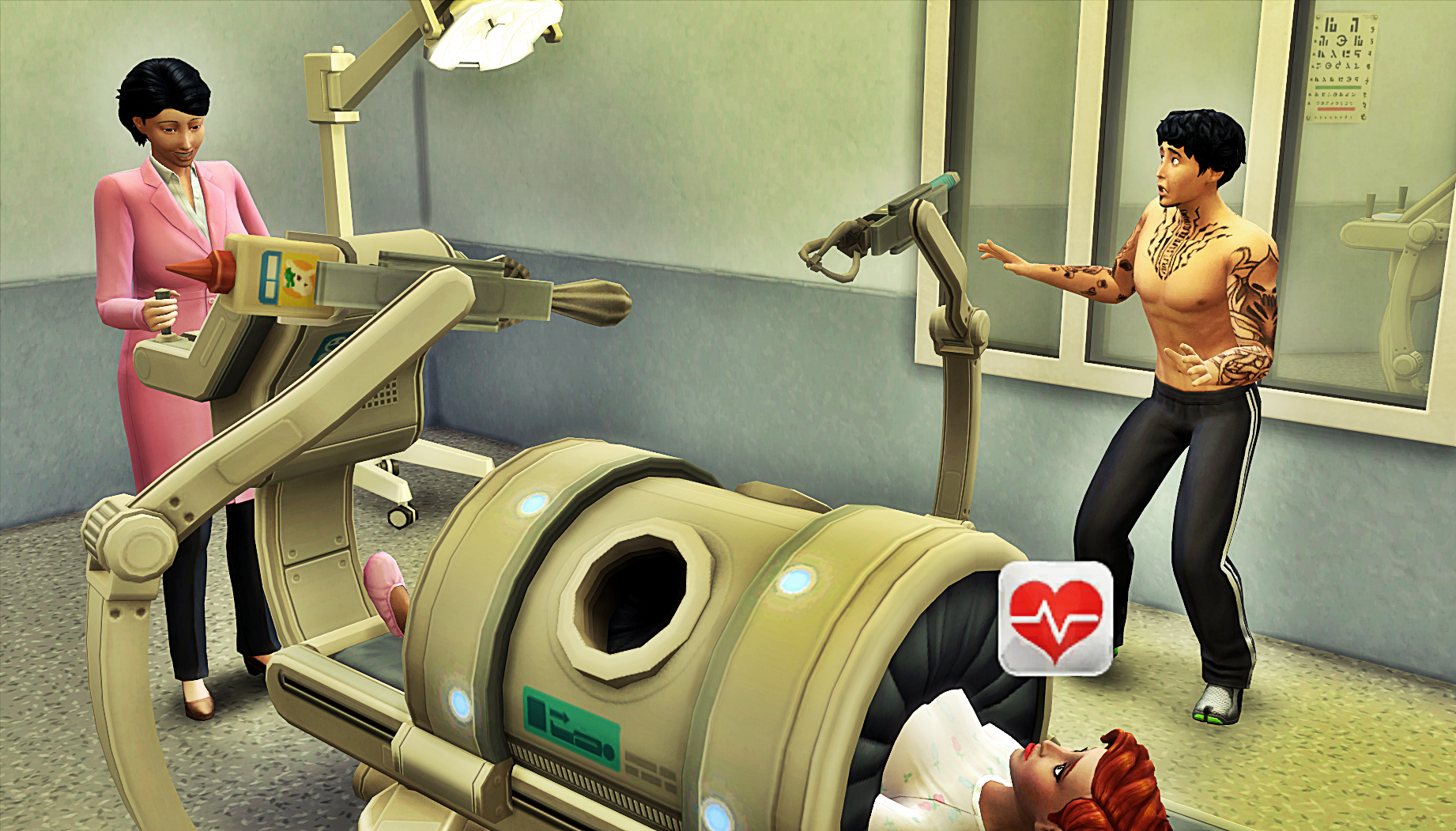 He had slept with Dr. Villareal’s wife Luna for secret petty revenge. He never told anyone about it, and he couldn’t think of any good reason why she would be foolish enough to confess her indiscretion to her wife. Plus, Dr. Villareal seemed not to know him or even have heard of him outside of his affiliation with the Counsel Council. So he calmed down and enjoyed watching his children enter the world. 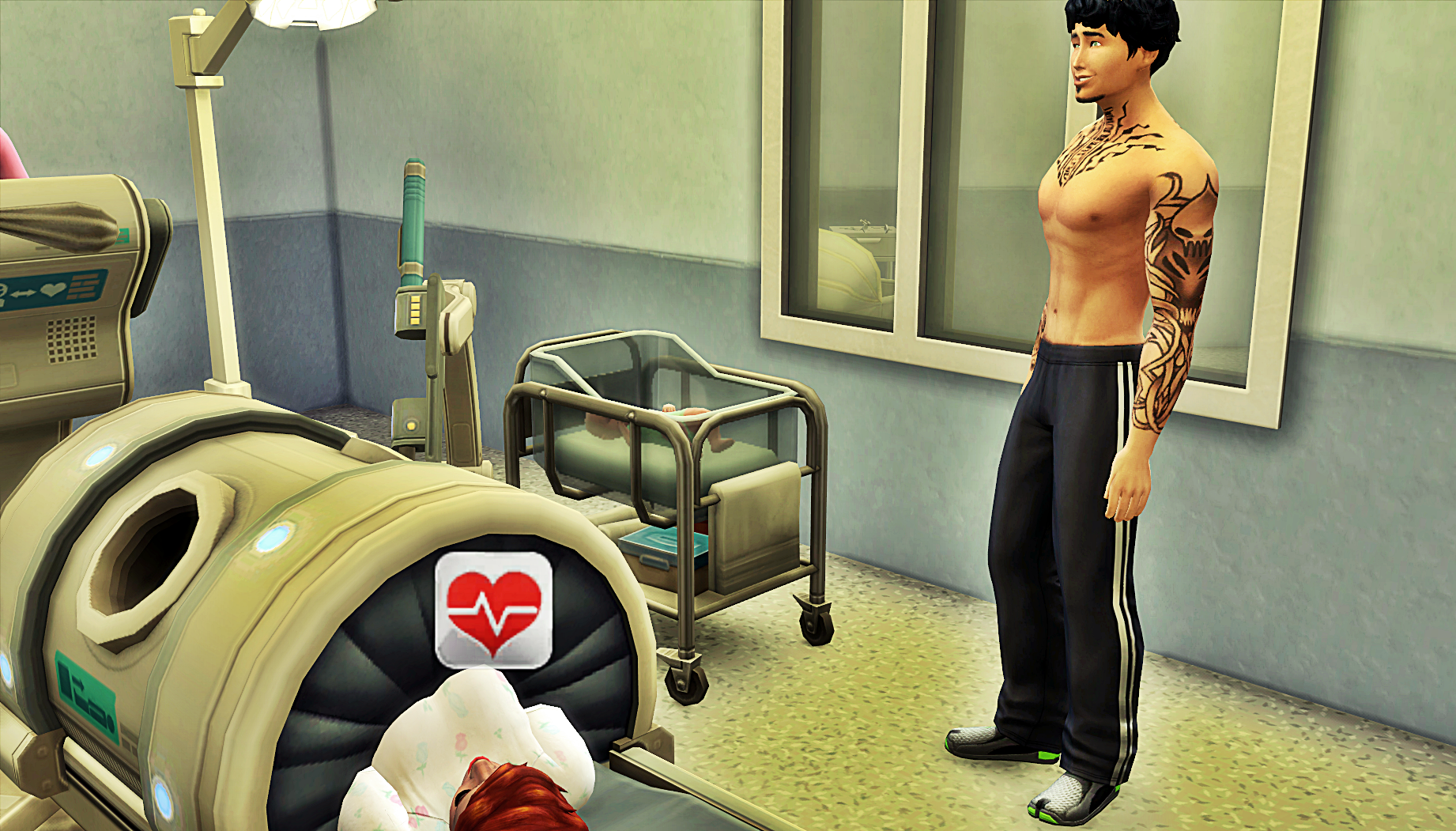 Luca and Liz decided to name the babies Logan and Lara. They thought their babies were perfect, as all new parents seem to. 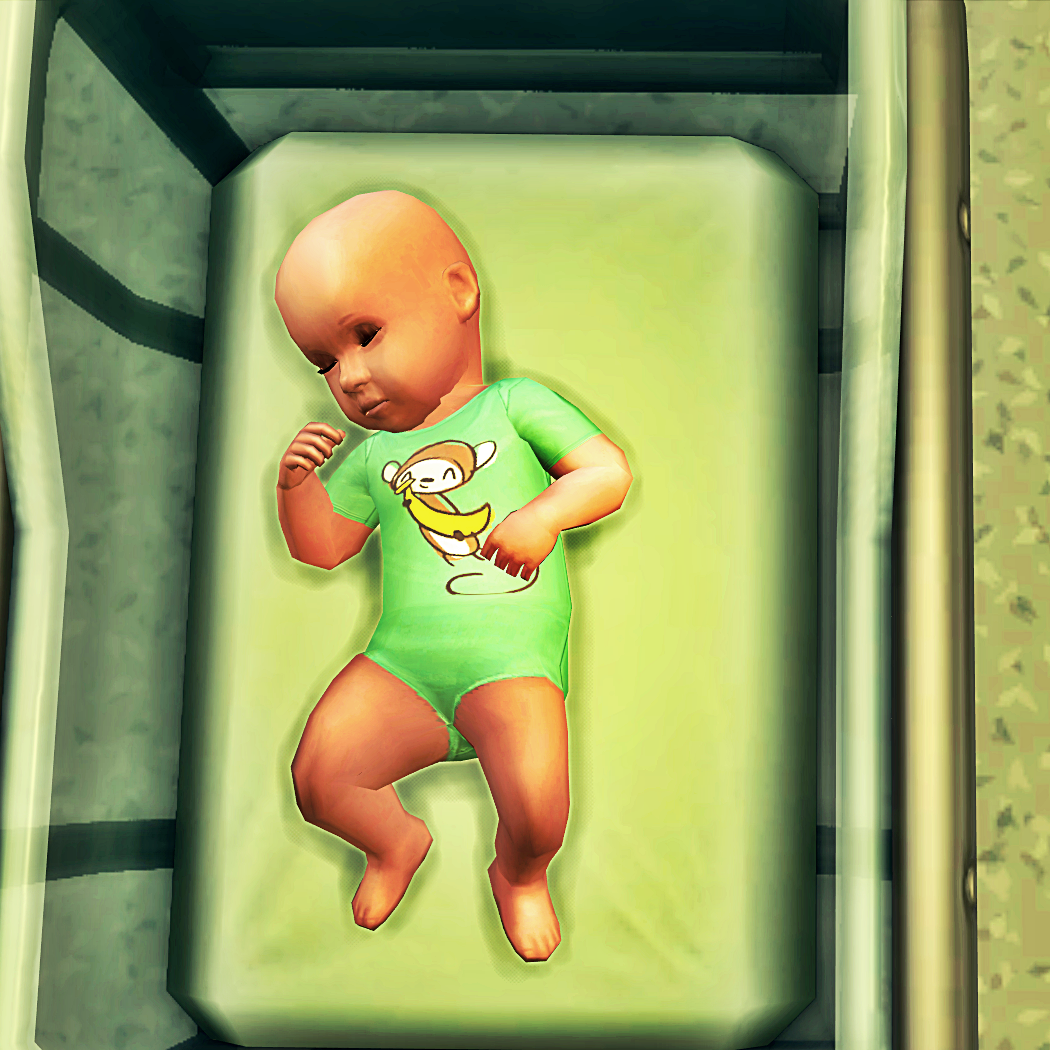 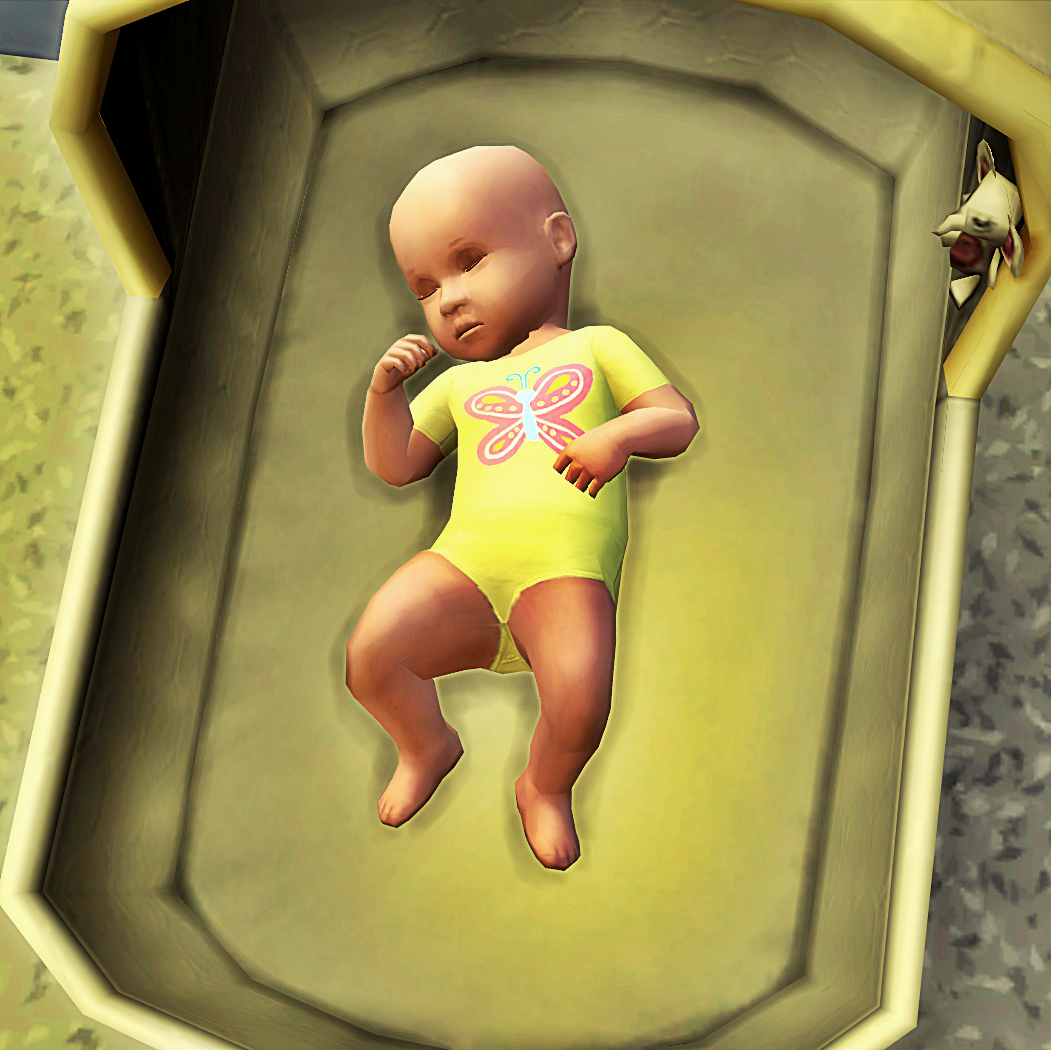 When they brought the babies home, they placed their bassinets in Daniella’s old room. They knew a remodel was needed, but with brand new infants, that just wasn’t an option yet. 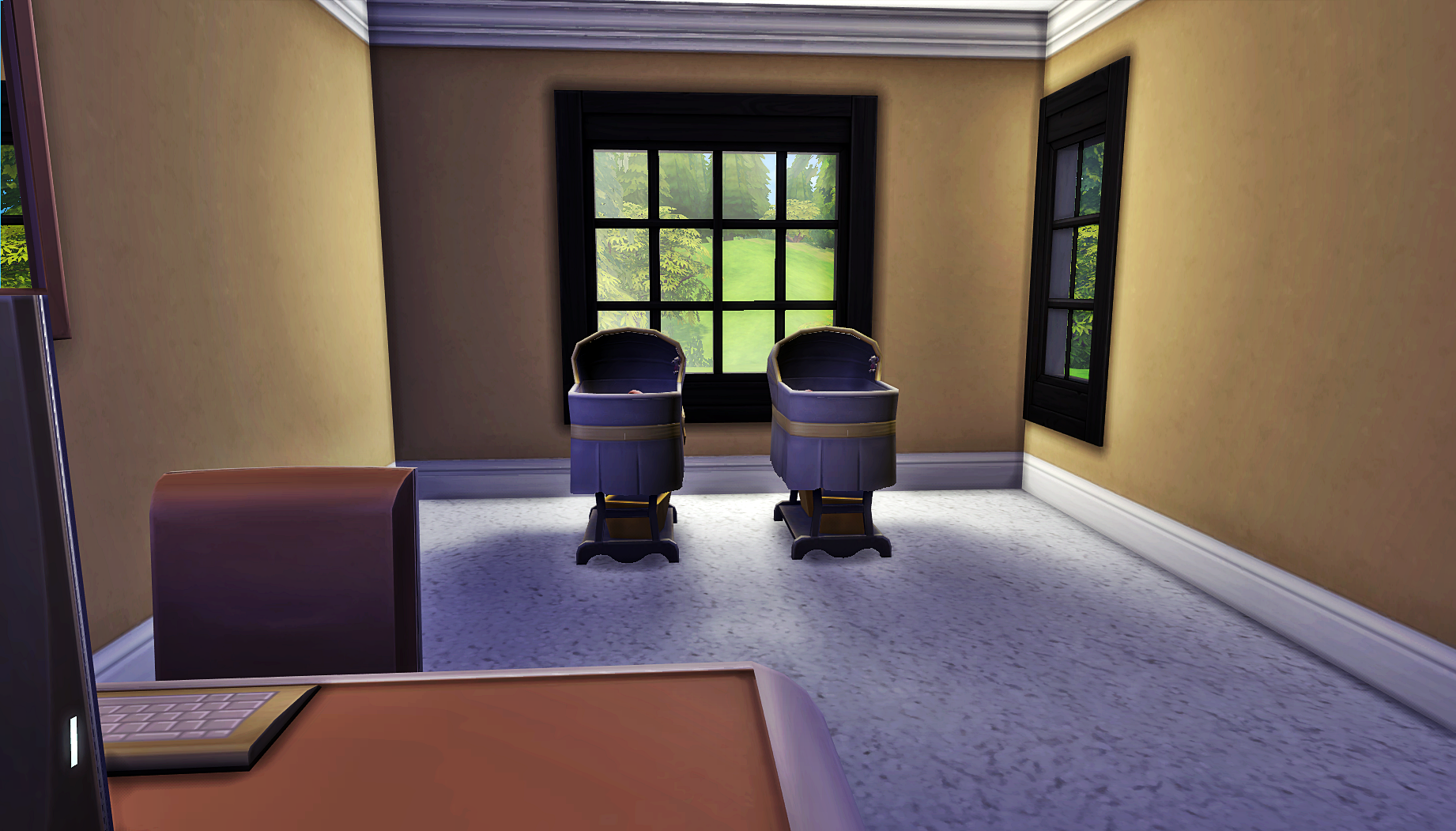 Without even realizing they were doing it, Luca and Liz started spending most of their time in the twins’ room. Even when Luca wasn’t needed because Liz was breastfeeding, he’d find something to do on the computer. 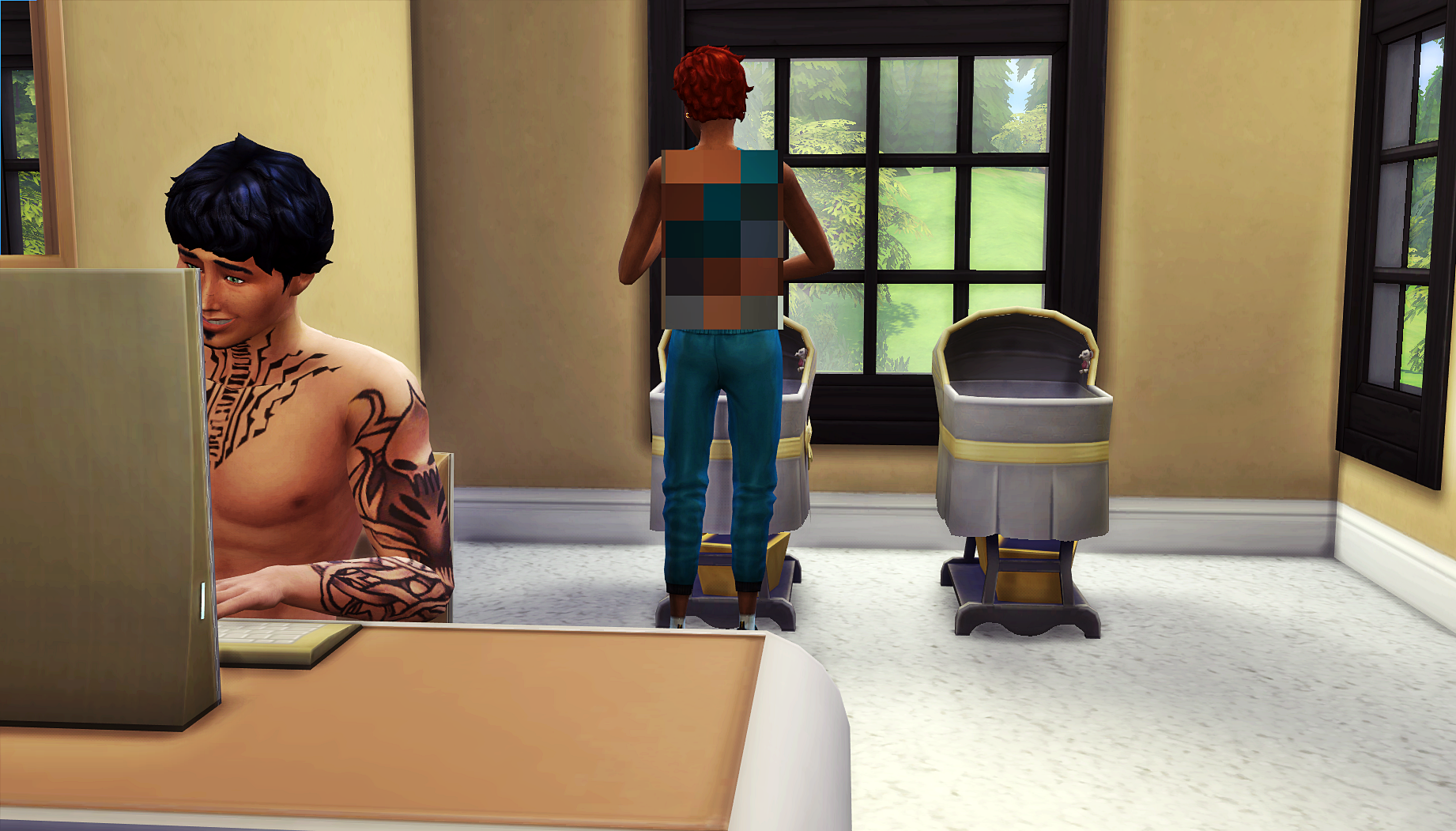 And when Liz went to work (she had no desire to take maternity leave), he would step in with bottle feedings. In those moments, Luca knew he was the best father ever. 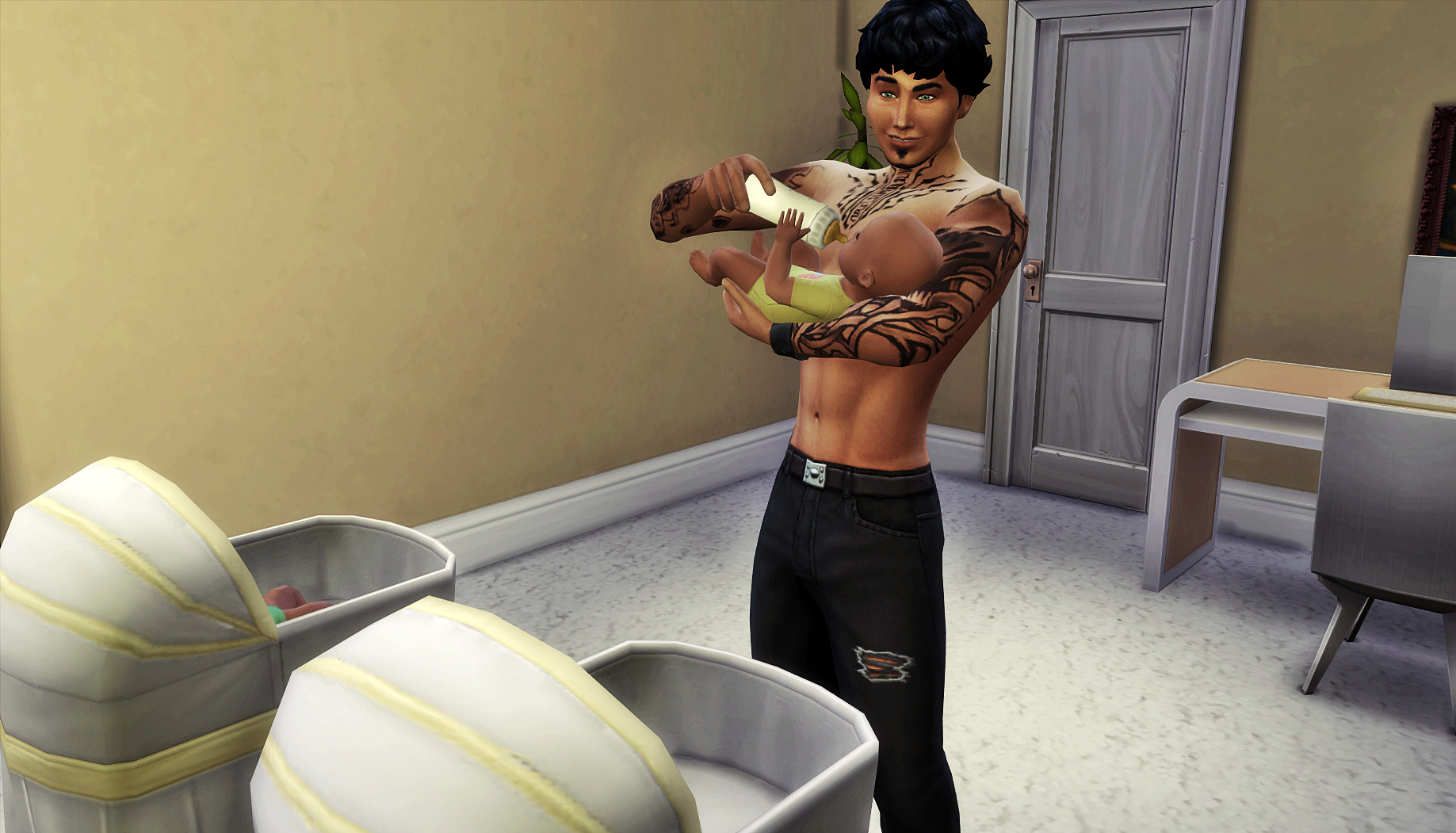 After attending to the twins, he returned to the computer. He spent a lot of time trolling teh forums. Keeping his mischief skill up was essential to career advancement. As soon as he logged in, his phone rang. 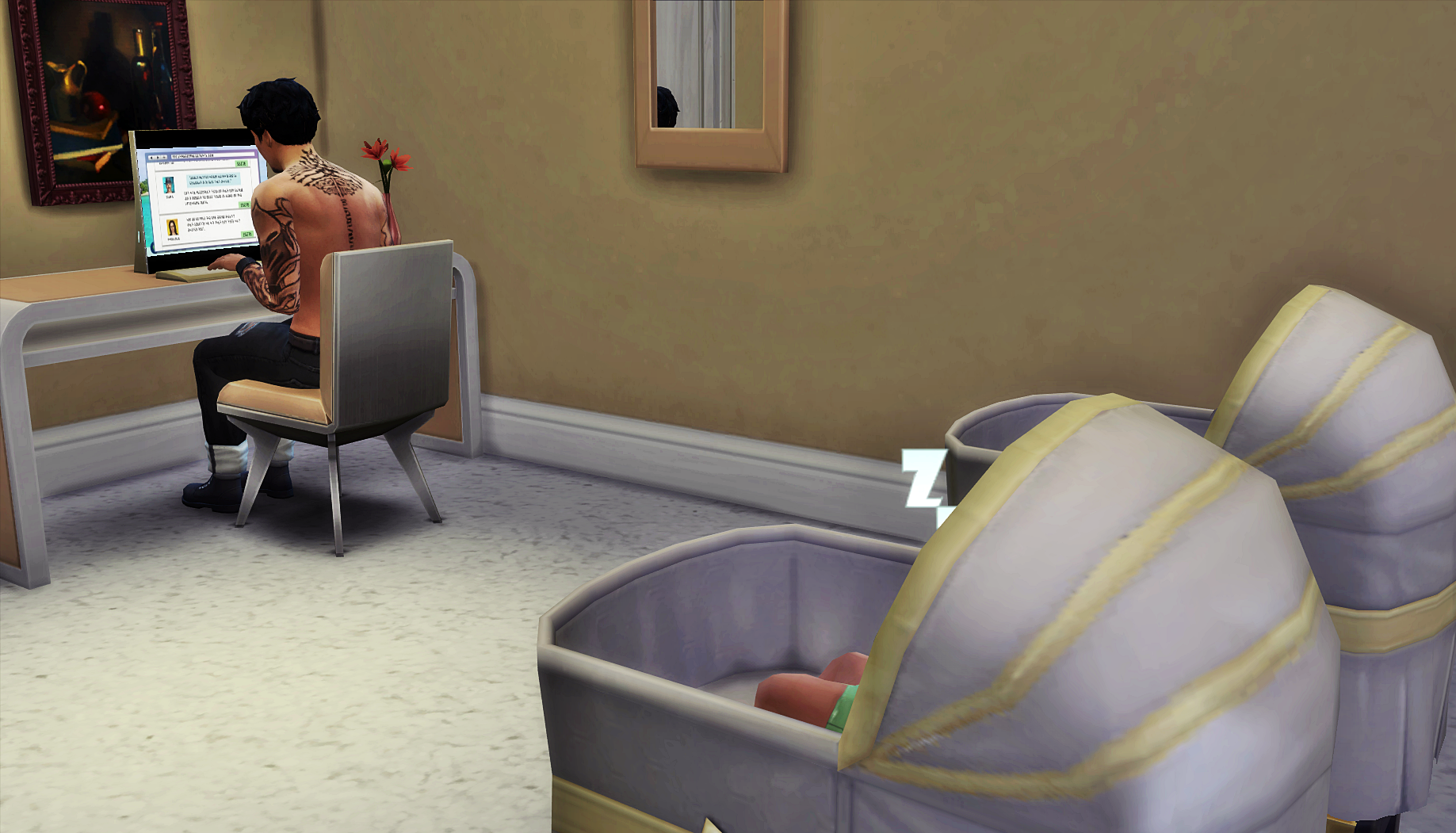 Luca answered the phone, and a smile spread across his face as the conversation continued. 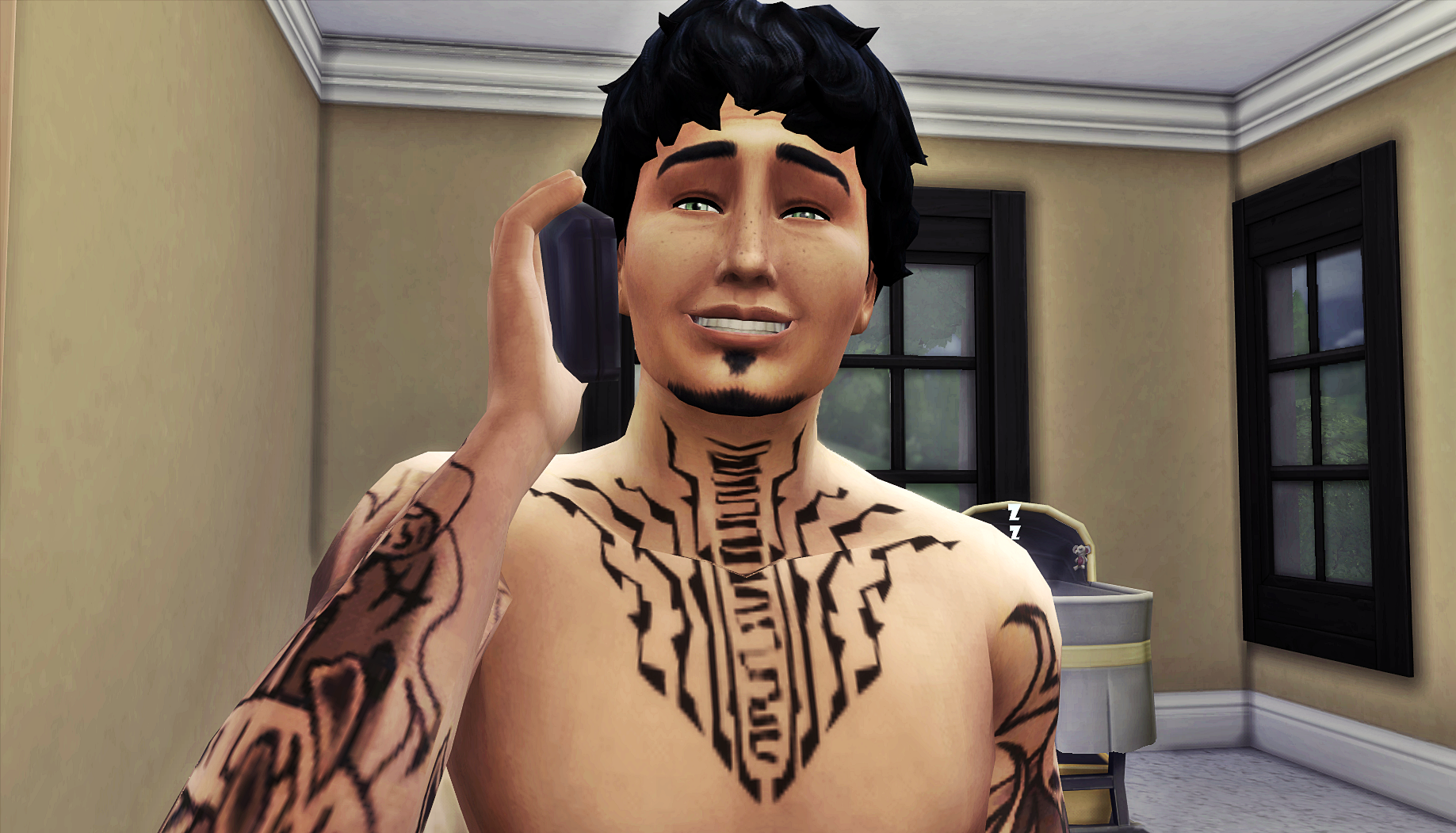 When Liz arrived home from work, she knew where to find Luca. She found him sitting at the computer, chatting online as usual.

When Luca noticed Liz, he rushed to stand. “Here, sit down, I know you’ve been on your feet all day.”

Liz appreciated the kind gesture, but it was a bit out of character for Luca. “What’s going on? 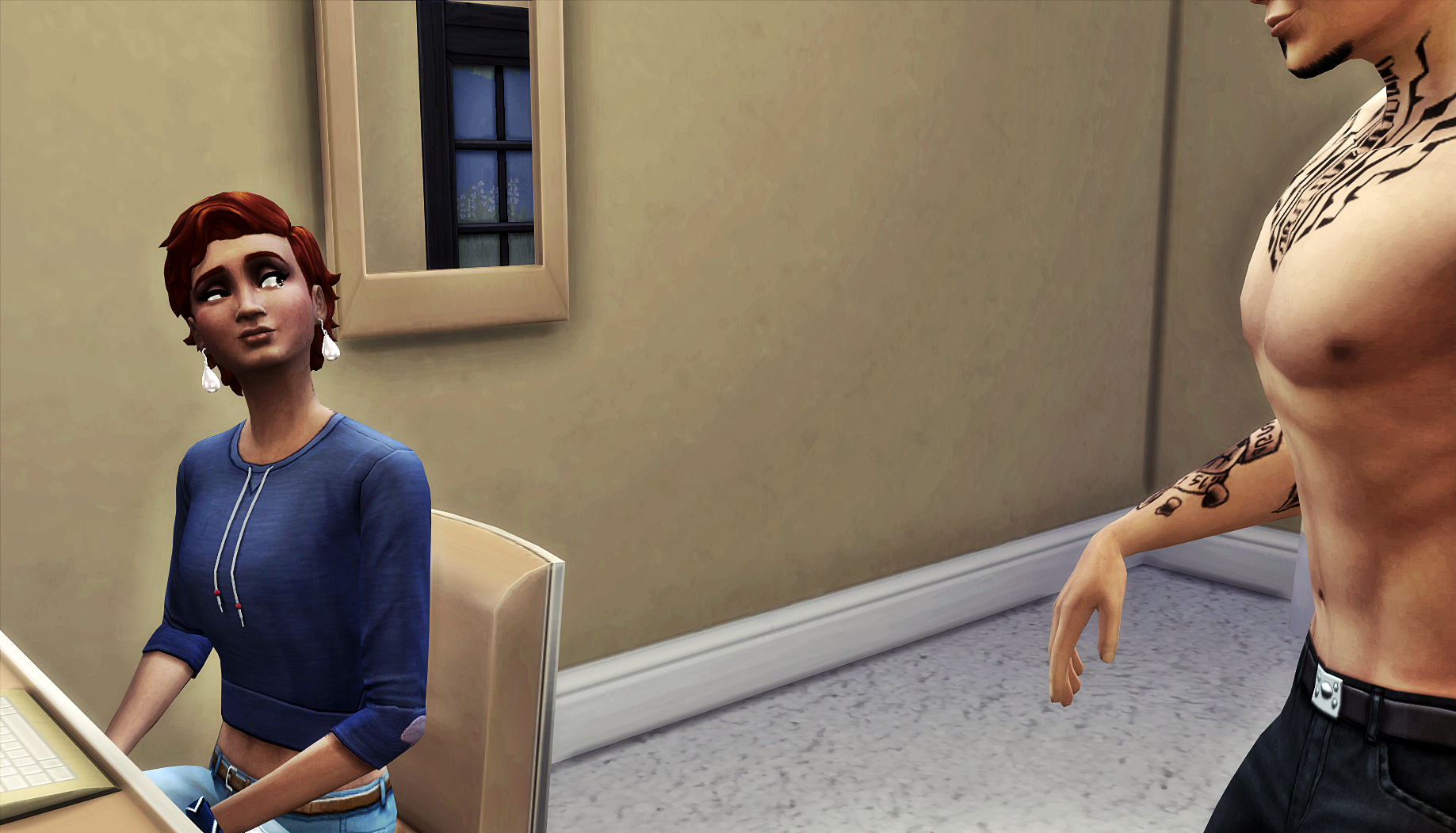 “How was your day love?” Luca was glad Liz was in a good mood. Ever since she fought for her promotion, she’d been advancing steadily at work, so she was usually happy when she arrived home.

She answered, “oh, it was great! Coach said if I keep up the good work as a mascot, I’ll get promoted to captain of the dance team. What did you do while I was gone?”

“I took care of these two, and I talked to my father,” said Luca.

“Oh really, your father? And what did he want?”

“He wanted to tell me he’s coming for a visit, and he asked if he could stay with us while he’s in town. I told him of course!” 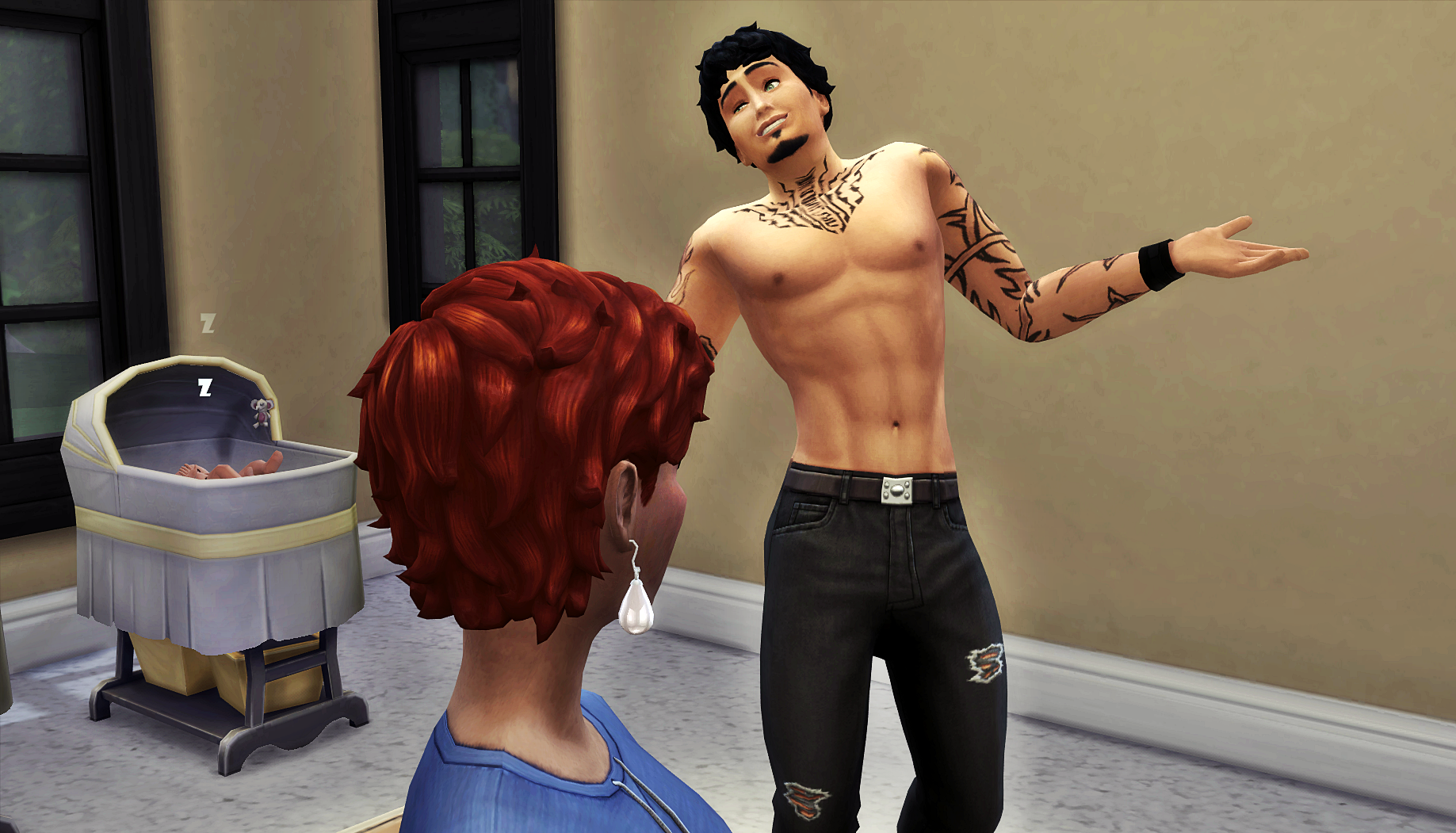 “Oh really? Why is he visiting now? Is it to meet Logan and Lara?”

“Um, not exactly,” said Luca. “He’s not the best with babies, but he understands he’ll have to deal with them anyway if he’s going to stay here. No, he’s coming for Daniella’s wedding.”

“Oh wow, he must be really close with Dani. He didn’t come to our wedding, but he’s coming for hers?” 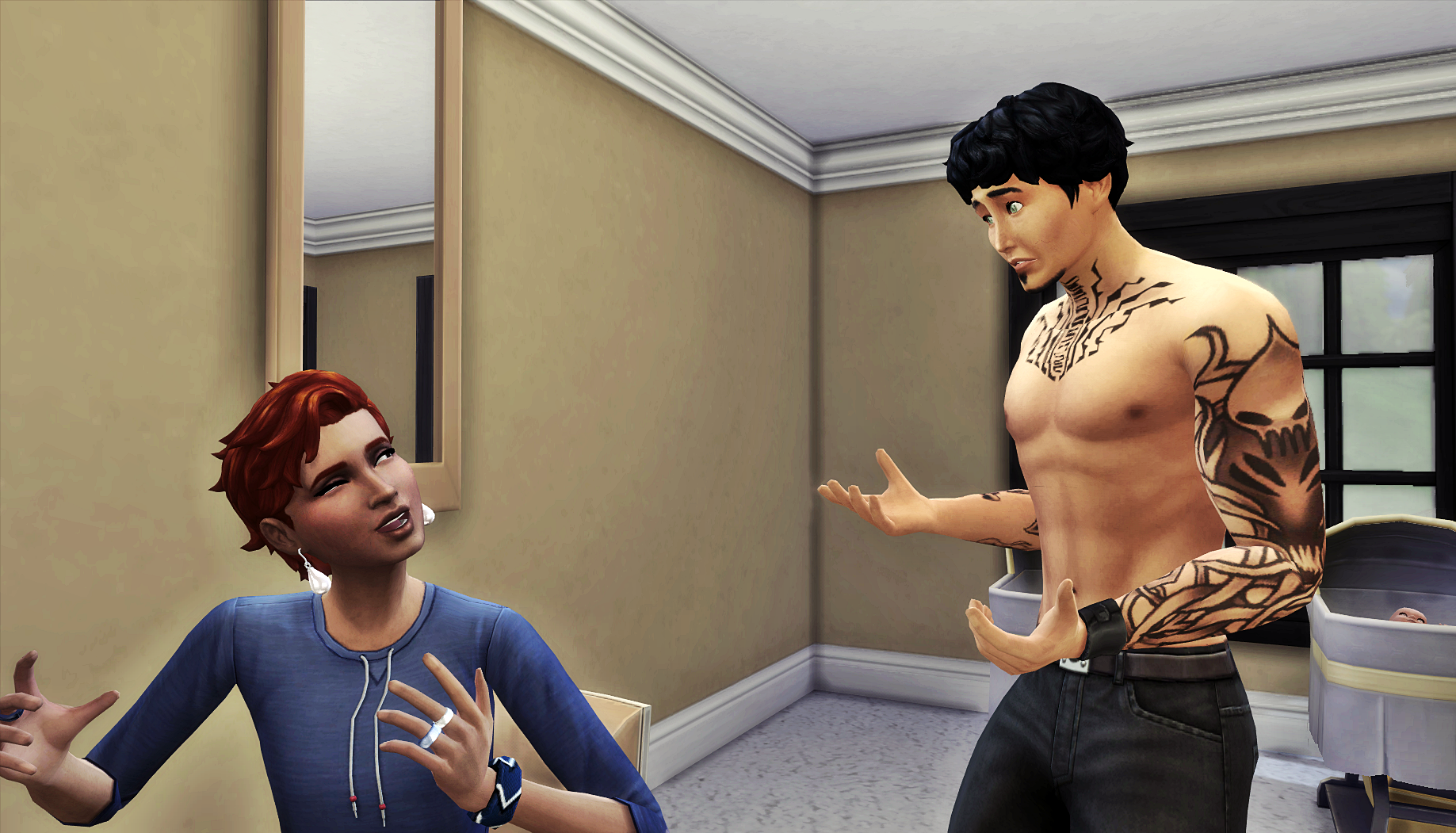 “Yeah… Daniella may not consider them close, but I agree with him that ultimately she’ll be happy he’s making the trip.”

“Okay, Luca, whatever you say,” said Liz after a pause. “When does he arrive?” 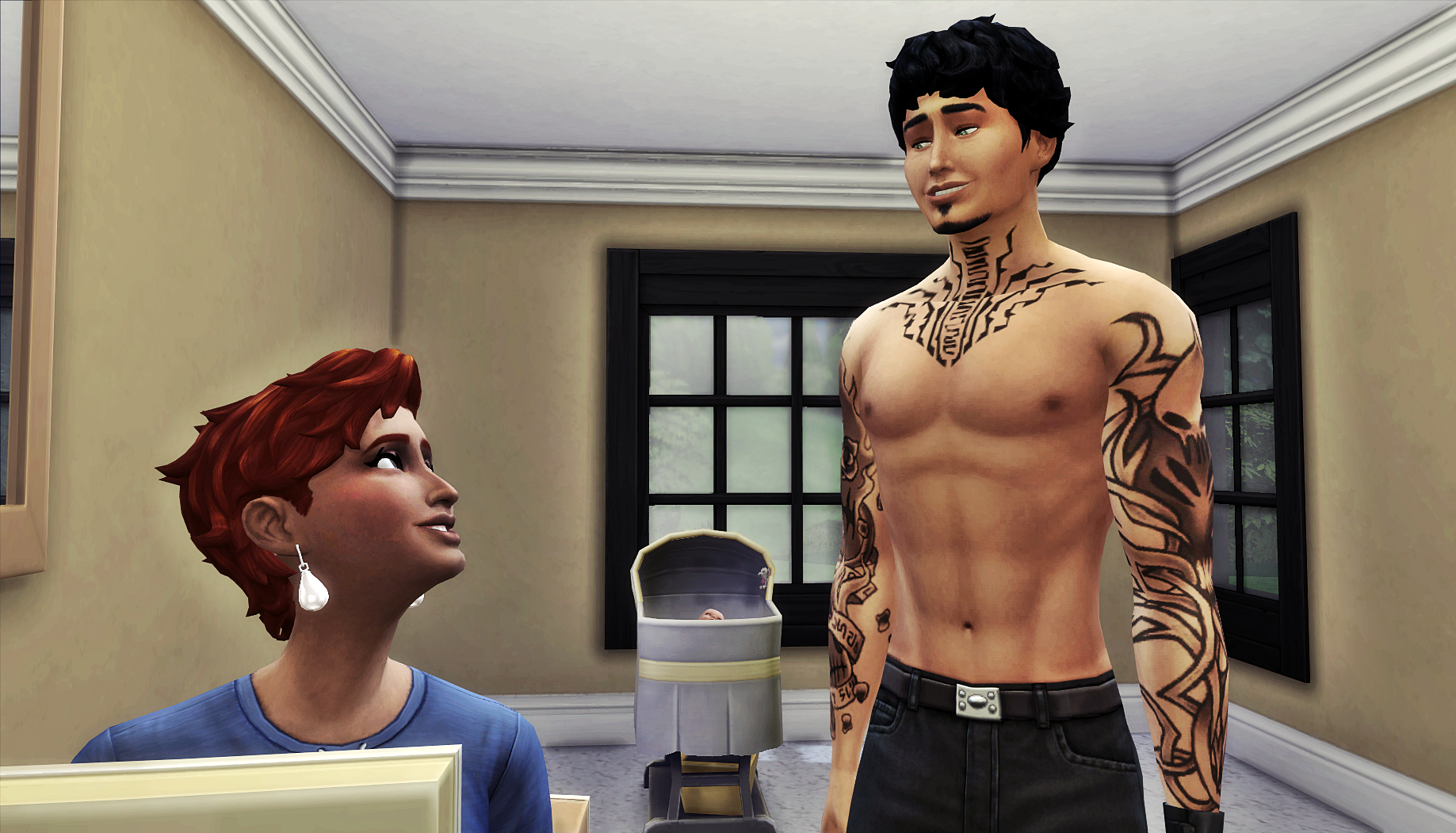 “Tomorrow?! Well.. alright. I guess that’s alright. Well, I’m going to hop in the shower then head to my orchard.” 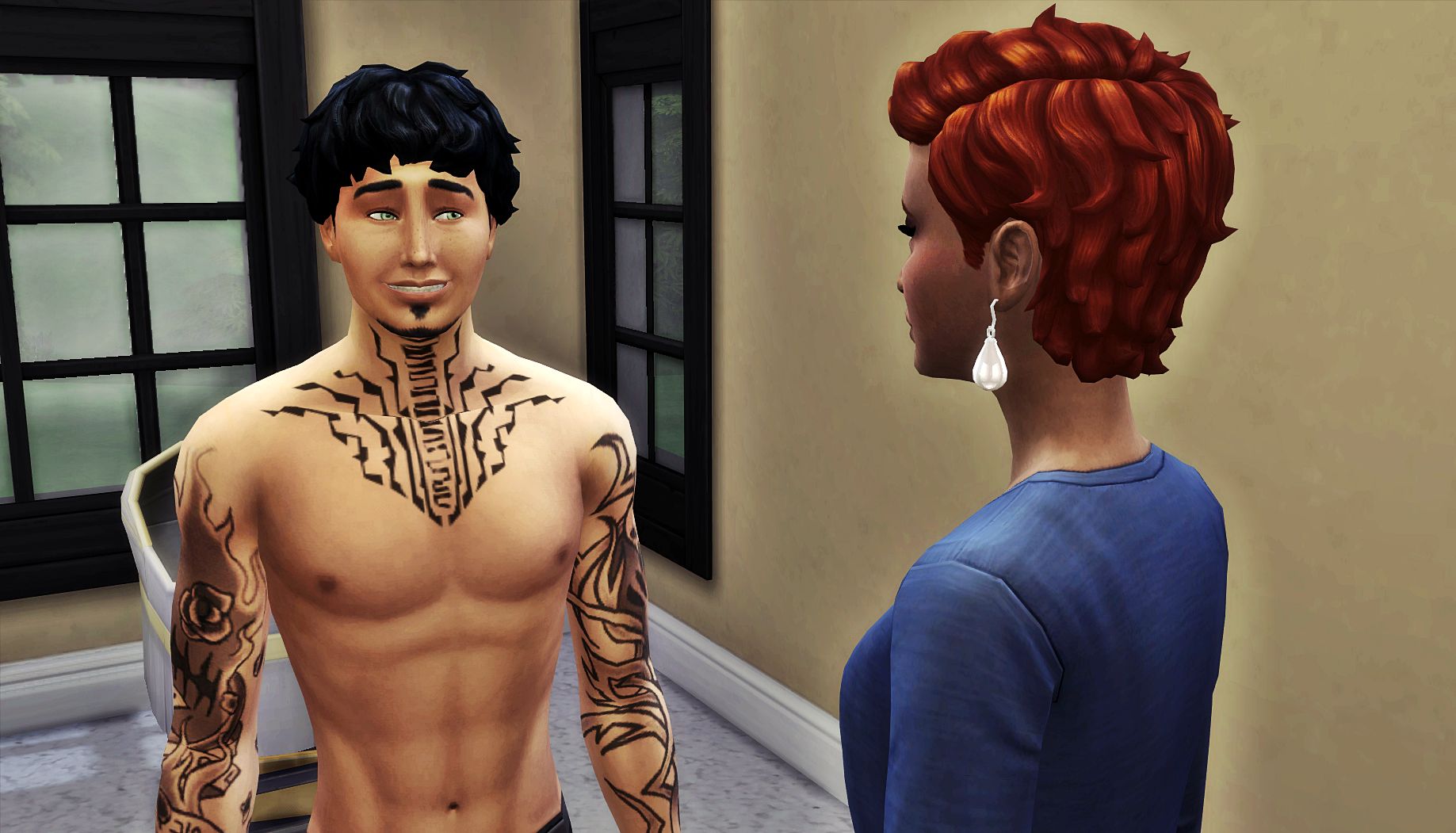 Liz sighed, then shook her head to clear her thoughts. “Of course,” she said as she kissed his cheek. Don’t I always?” 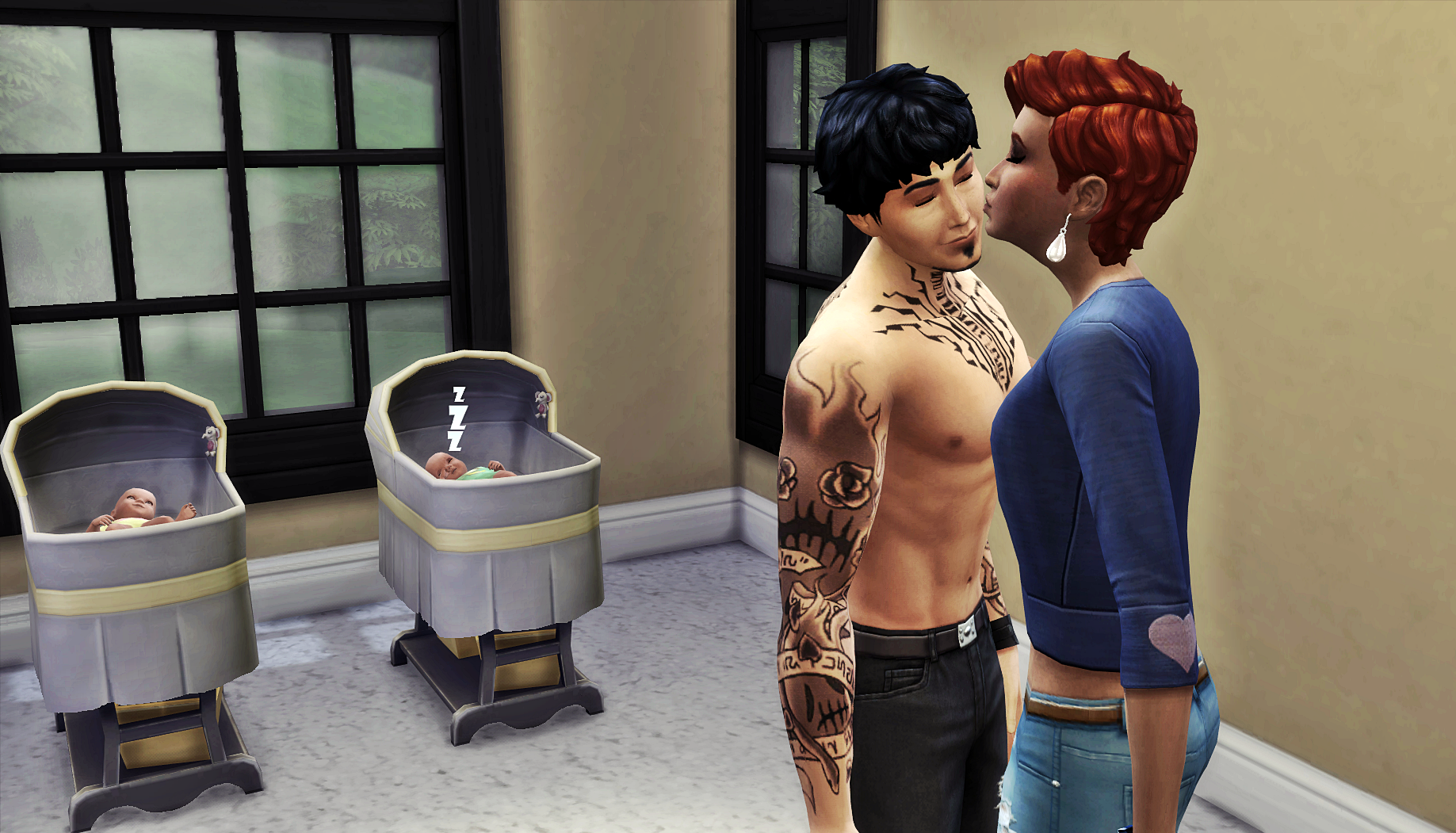