Carmen had a lot going on in her family at the moment. She was handling it the best way she knew how, but it was time to call in reinforcements. It was time to call a club meeting. They called themselves the Counsel Council after all, and counsel is exactly what she needed.

The club agreed to meet at the flea market, and chat while they checked out the items for sale. Carmen and Laurel came dressed in their workout clothes because they were going to go jogging after. As soon as they arrived, it became clear that this was not the venue for a detailed discussion of Carmen’s private life. She pulled out her phone to call a cab to take everyone over to their club hangout. 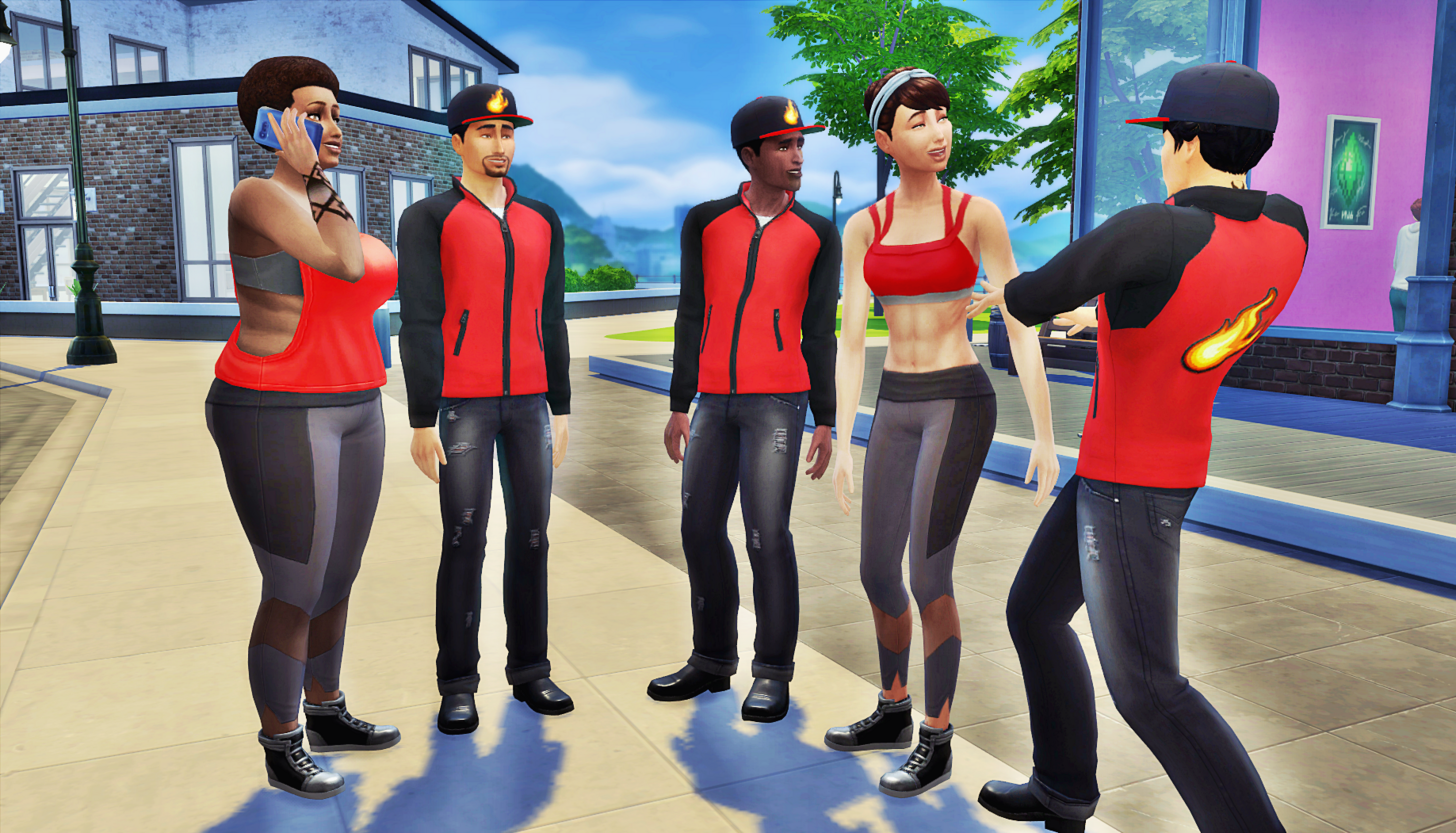 Luca was in the middle of some crazy story that she only caught the tail end of.

“…and that’s when I told him that I would send Mickey to have a more serious discussion next time. But he gave me the money, so he’s safe from Mickey for now.”

The club was never sure how serious Luca was being when he told stories like this. They knew he worked for an “Import/Export” business and a lot of it was connected to his father back in Veronaville, but they never asked too many questions. He’d never done anything in front of them or to them that made them consider he might actually engage in dangerous or criminal activity. They thought maybe he was just trying to maintain this idea of himself as a gangster type, but he really came off as a harmless tough guy.

Carmen was happy to move on from wherever that story was going to announce, “guys, the cab will be here in 5 minutes.”

“Okay, well that gives me time to change into our regular club clothes,” said Laurel. “Doesn’t seem like a jog is happening any time soon.

They arrived to their club hangout and headed straight downstairs. The child in Bo wanted to stop to bowl, but he wasn’t going to dare suggest it. The club had been there for him when he needed them after Heaven left. He didn’t know the whole story of what was going on with Carmen yet, but the gossip mill in their world had filled him in on some of it. Whatever the entire story included, he’d try and support his friend.

“Alright,” began Laurel, “no need for formalities. We all know why we’re here. Carmen, you have the floor.” 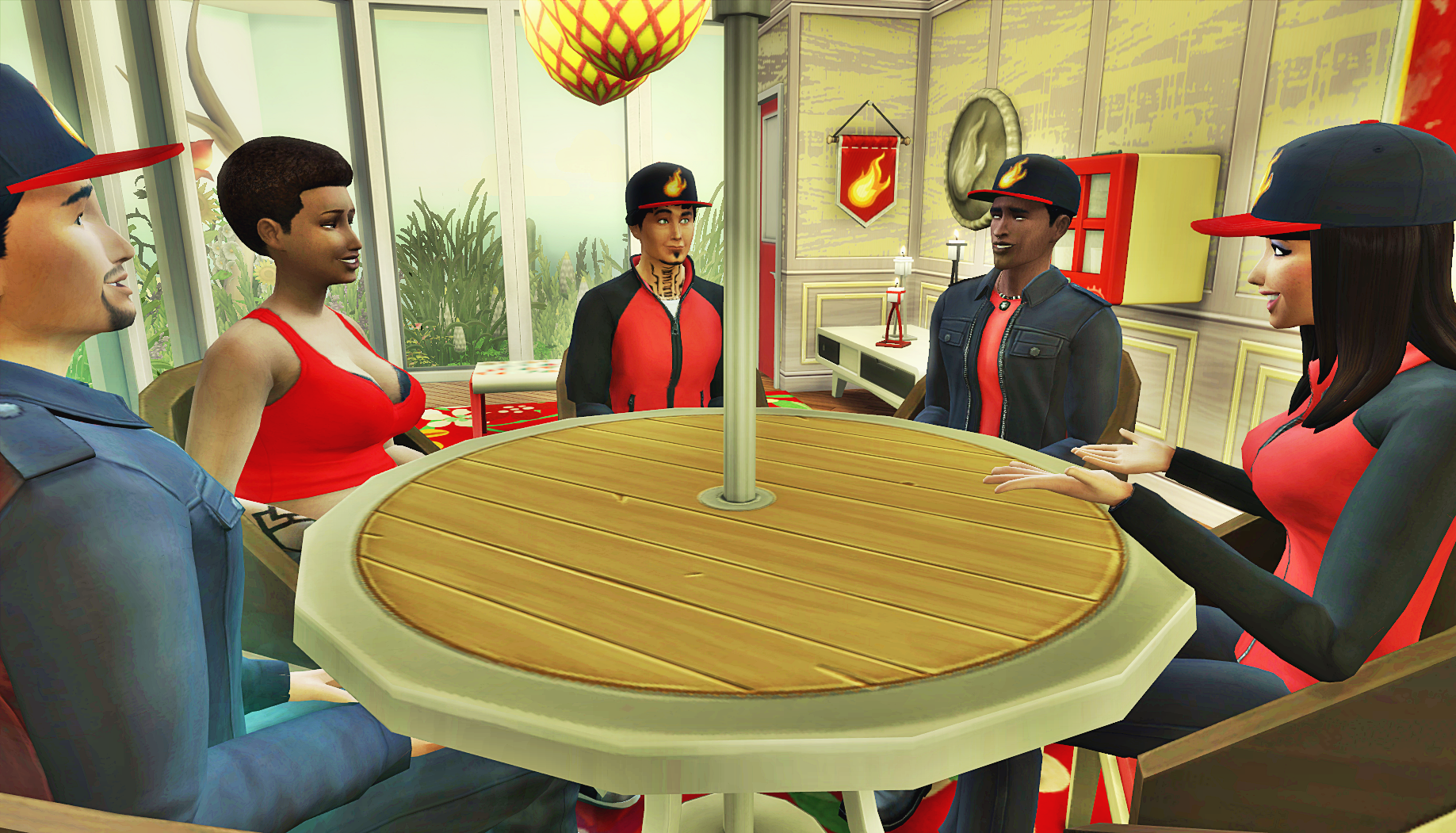 “Thanks, Laurel,” said Carmen. “As you all know, my parents are in town, so that’s nice. They’re helping out with the boys, and it’s been so wonderful having them around. You know what? We should totally do a toddler play date soon! We’ve all got toddlers, well, we will soon. Let’s make that happen y’all!”

“Laurel does not have toddlers,” said Bo, “and she will not soon have toddlers. I believe her toddler-producing days are behind her.”

Luca snorted, enjoying his reminder of how accidentally funny Bo could be.

“Never mind about that,” said Laurel, “I may have no toddlers of my own, but I have grandchildren, and I’m sure I can wrangle at least one of them to bring to the play date. But you’re getting off topic Carmen.” 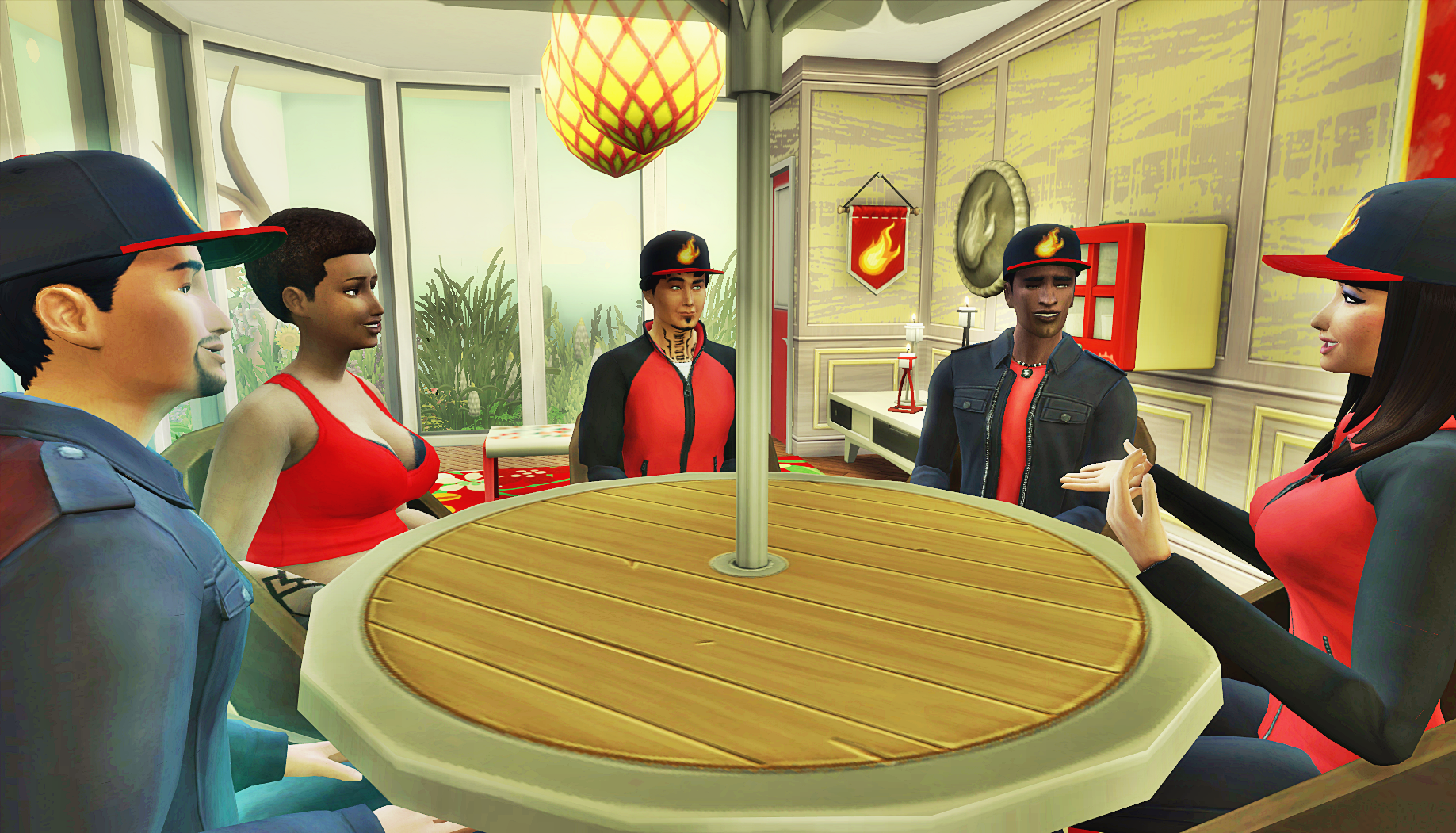 “Right! Where was I? Well, my parents have questions and judgy eyes, and let’s just say that has shed a light on how complicated things are with Hugo. I know I haven’t really been talking to y’all about it, but I just never really know which way is up with him, and as you can see, I don’t really know how to even put what’s going on into words.”

“Take a deep breath, “said Luca. “No one is rushing you. We just want to hear your story. Start from the beginning.” 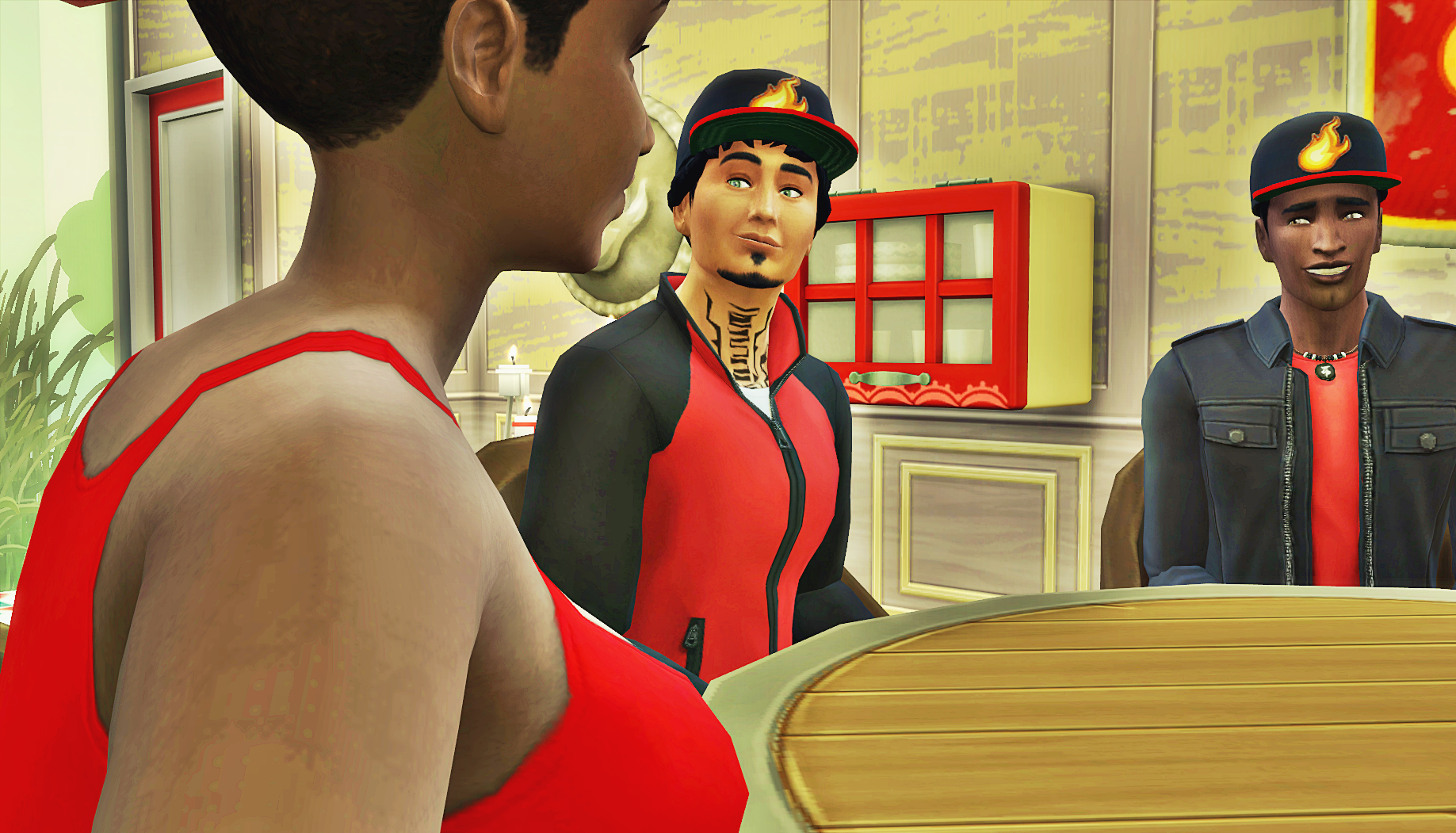 Those unexpected words of support from Luca helped to calm Carmen, and so she launched into her tale. She explained how she wasn’t so sure about the Laurel’s setup date at first, but gave him a chance. She ended up really falling for Hugo, and one thing led to another and then they had Rodrigo. 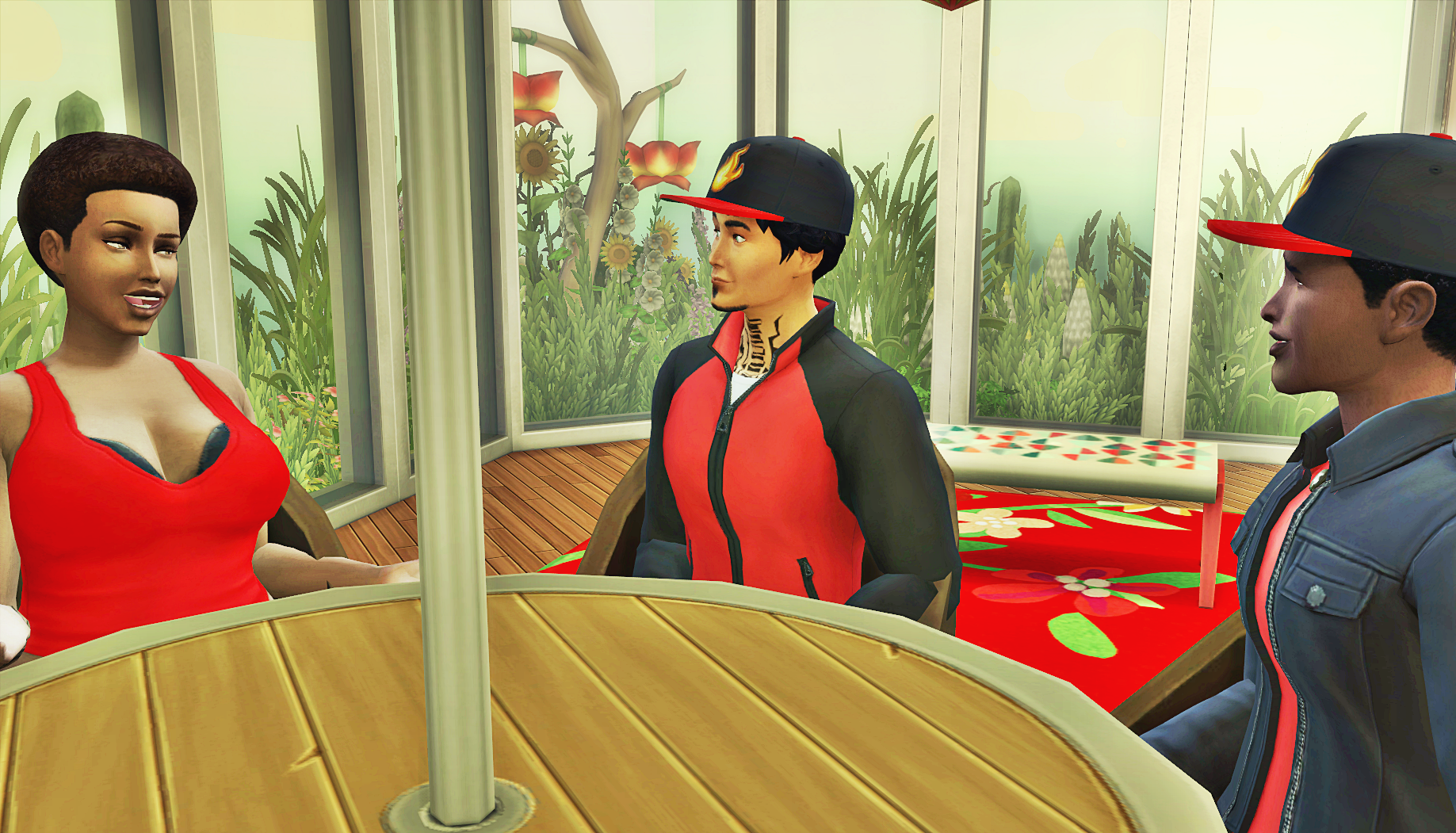 Carmen chose to leave out the part of how Hugo ended up the father of his sister’s wife’s baby; she’d promised him she’d keep that secret. She shared her anger at learning her boyfriend had married another woman (a vampire no less!) and had a baby with her. 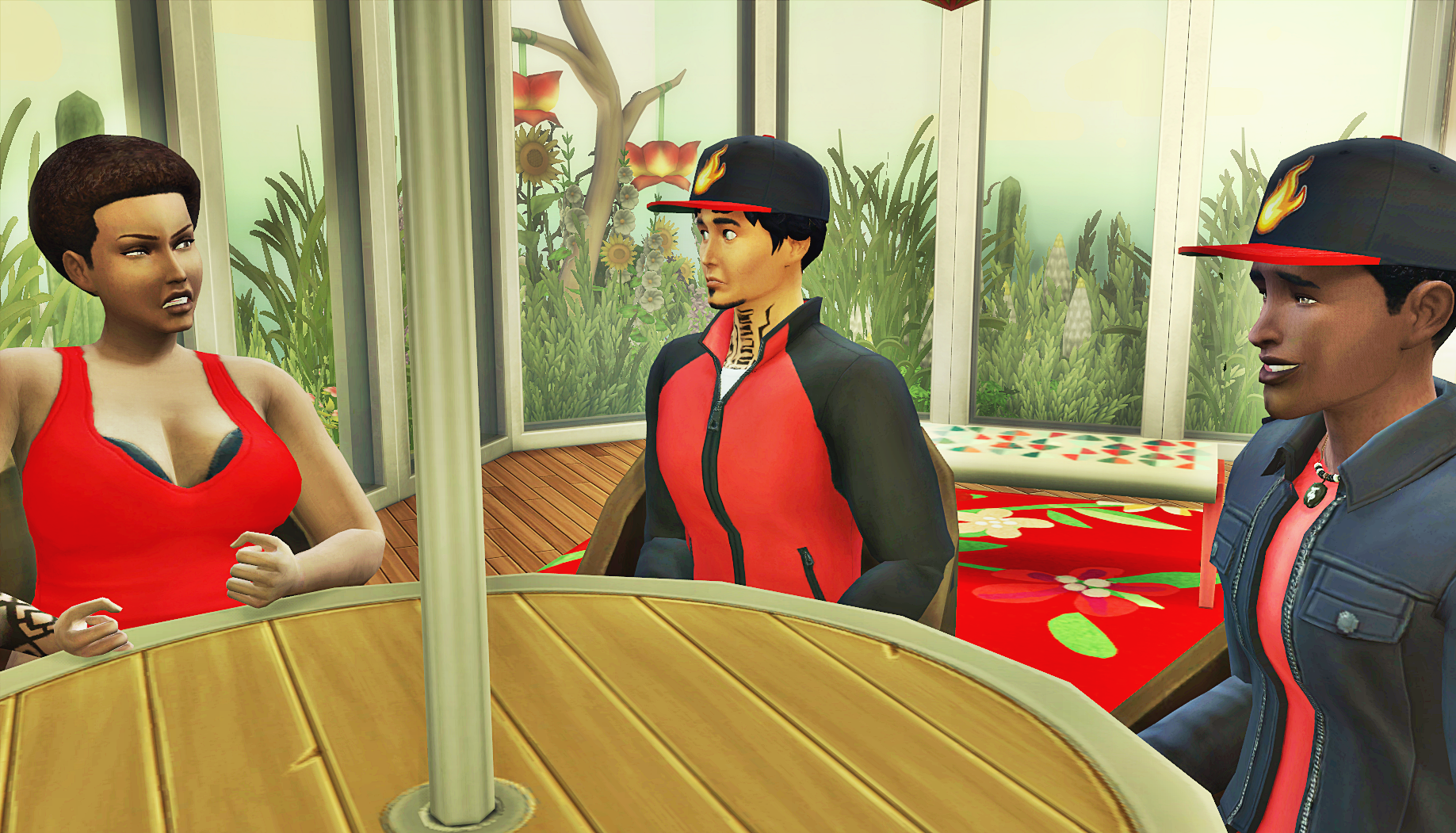 She spoke of her humiliation when she found out she was pregnant again, this time with twins, while Hugo was still very much married. It was not a highlight of her life to admit her sons had a sister that fell in between them in age. 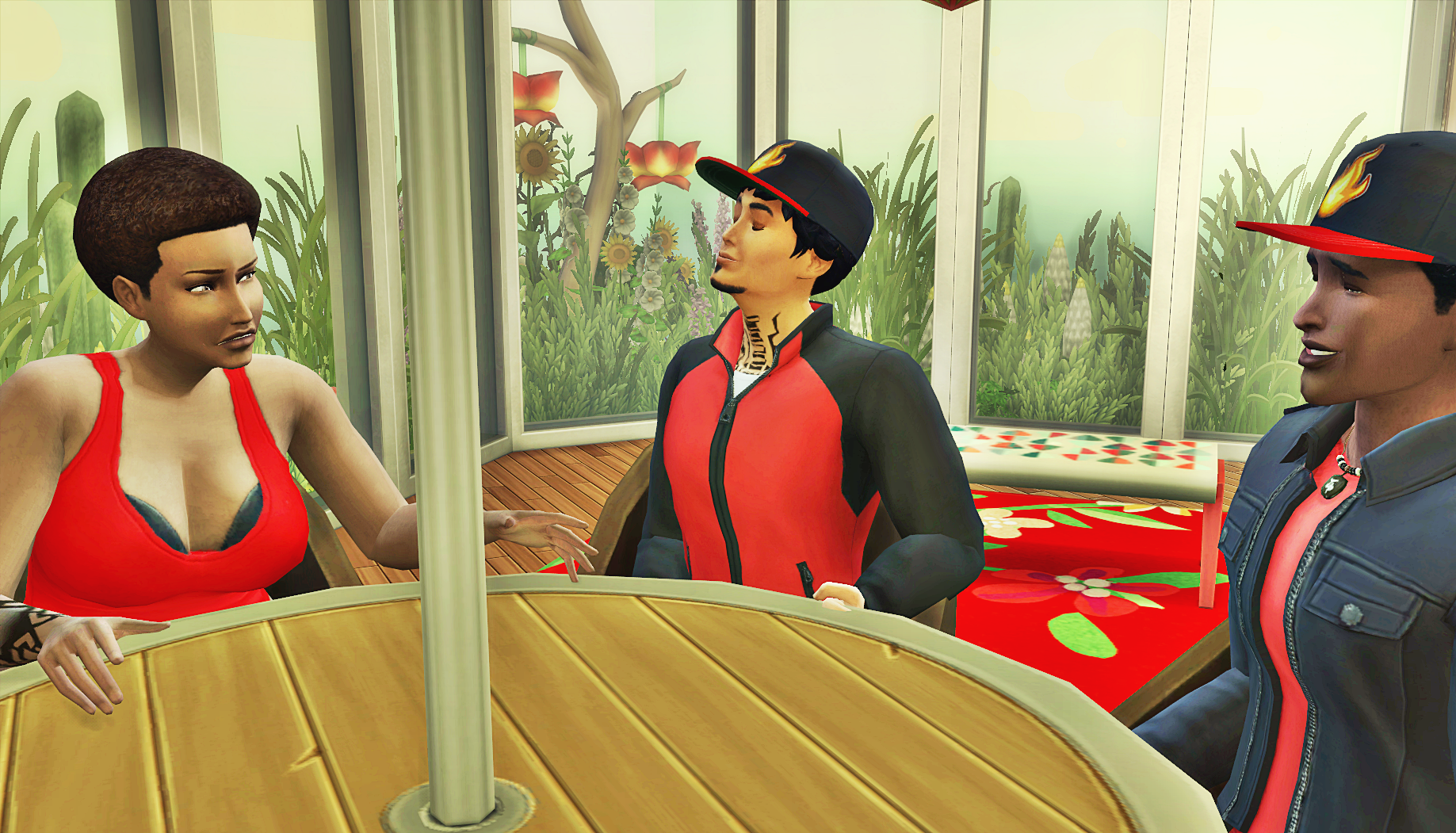 Then she explained that she and Hugo had finally talked to each other about how they were each hopelessly in love with the other, but it wasn’t as simple as him choosing to leave his wife for her. Hugo was ready to have that fight with Imane’s entire coven if need be, but he needed to know what Carmen wanted before taking that step.

“Let me get this straight,” said Luca, “He wants to fight a coven of vampires so he can be with you?” 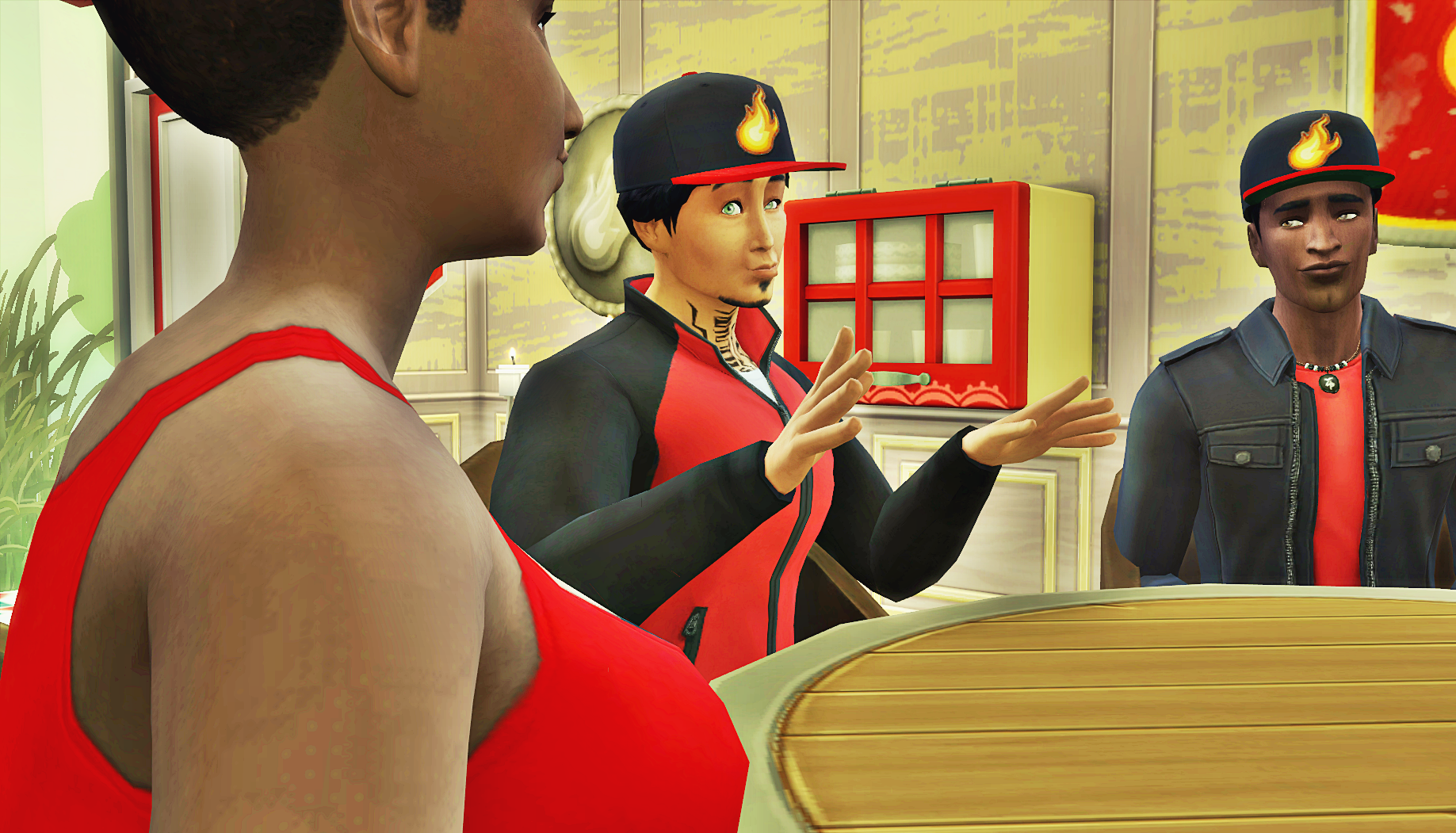 “Um, … yes? We’re not exactly sure what that would look like,” said Carmen, “but he knows his wife wouldn’t give up her marriage without a fight. He says she doesn’t care that the marriage would last for his entire mortal life, and he’d never get anything else.”

“Finally! We get to really deal with these vampires now,” exclaimed Luca.

“Wait a minute,” said Laurel, standing up from the table. “We can’t decide for Carmen what she wants to do. And Carmen doesn’t think like you do, Luca. She’s not trying to eliminate all the vampires from our world, nor is she foolish enough to think that’s even possible.” 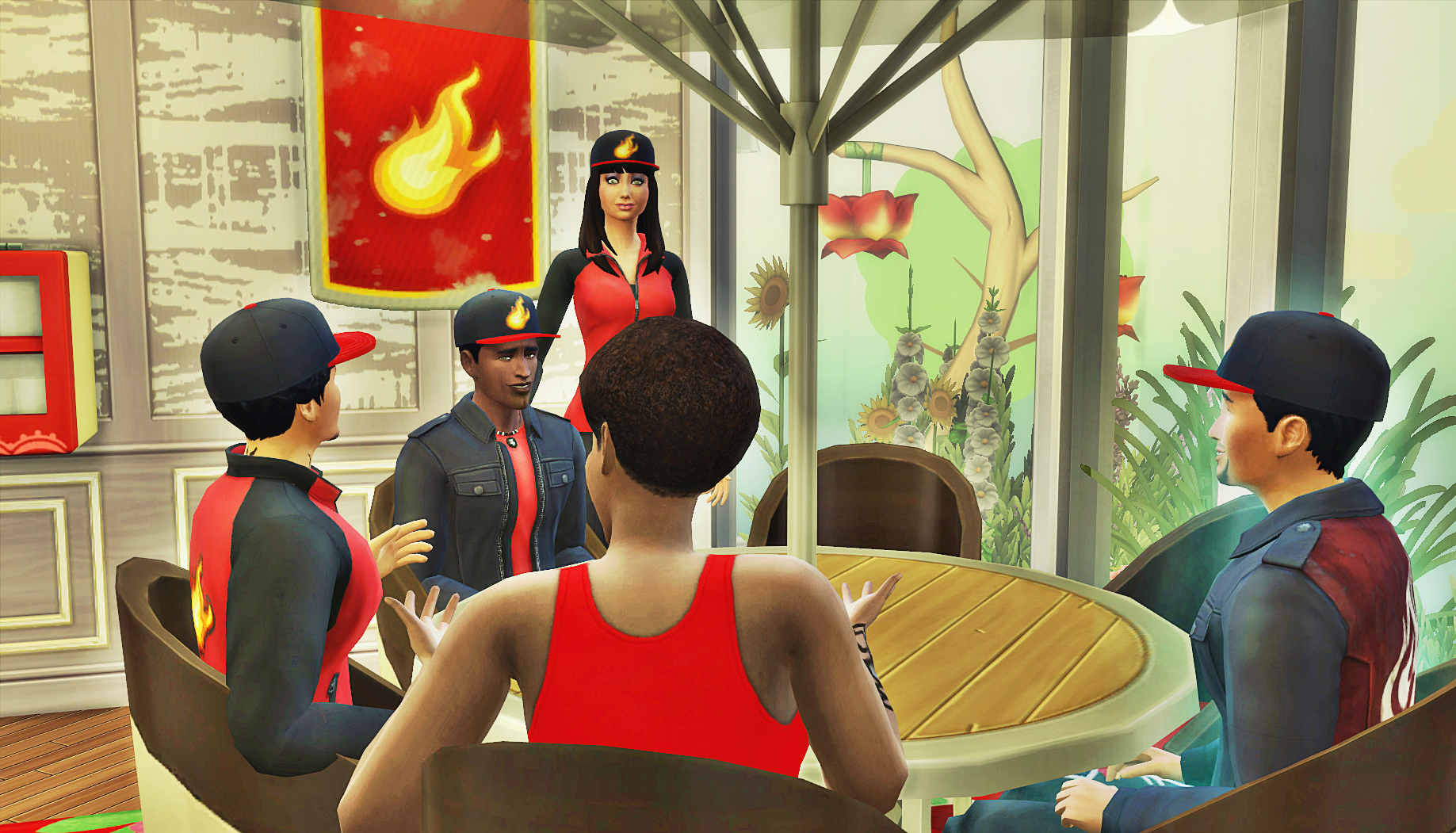 Bo spoke up to ask, “what is your preferred solution?”

“I honestly don’t know, Bo,” said Carmen. “I was hoping we could all keep a calm head and help me figure it out.”

“You know we can’t make this decision for you,” said Gavin.

“Yeah,” sighed Carmen, “I know. But I wanted to know what you all think. What do you think Bo?” 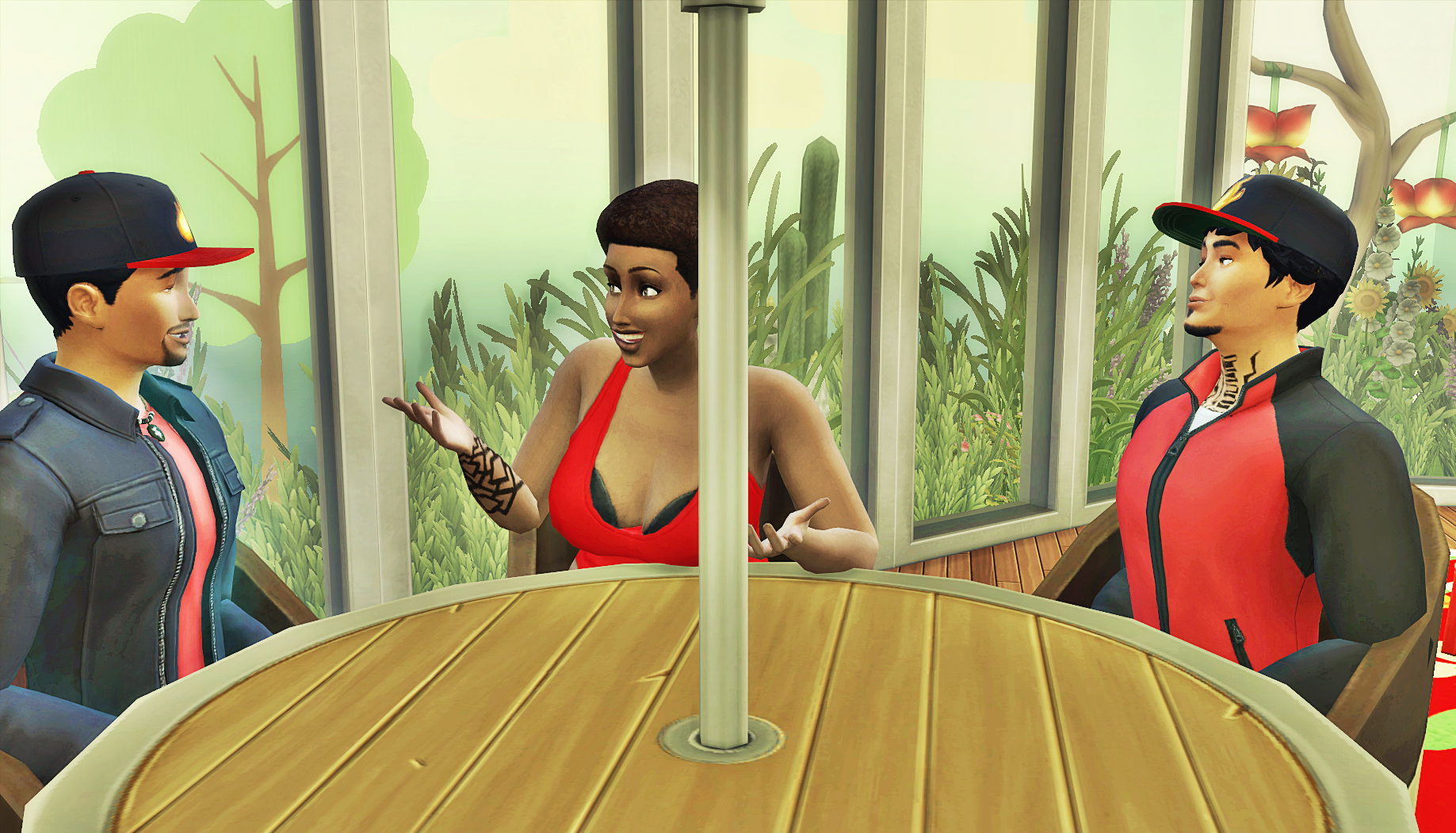 “I think spouses leave all the time,” said Bo with a hint of sadness. “I think that Sims feel they must follow their hearts. And I think we must be careful before engaging vampires directly.”

“I agree with that,” said Laurel. 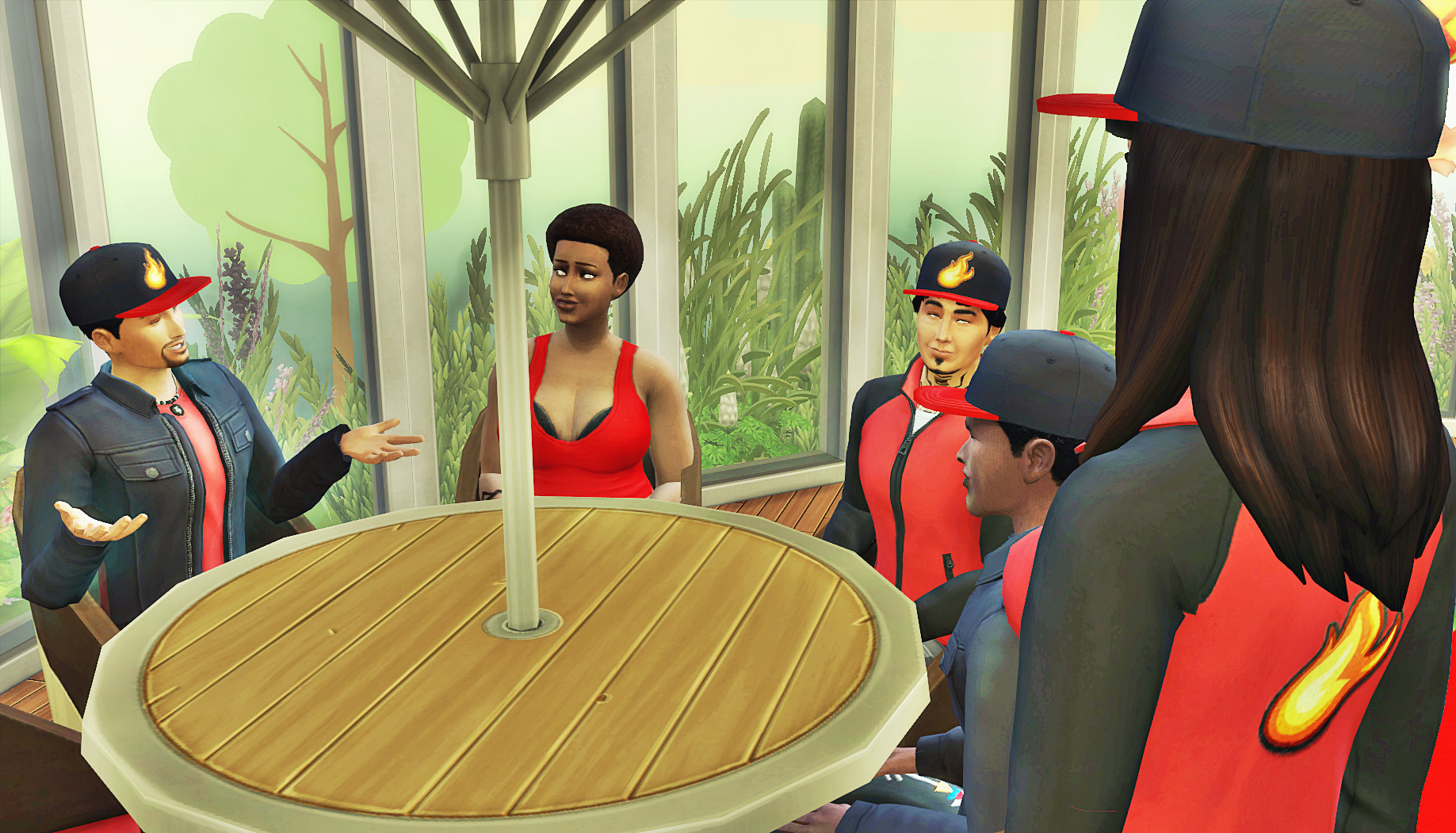 “What about you Gavin,” said Carmen, “what do you think?”

“I think that I had to move heaven and earth to get my current life, and you all helped me do it. It sounds like all you have to do is say the word to start this fight. I know you already decided once you weren’t going to fight for Hugo, but it sounds like things have changed since then. And you know you my girl, so whatever you decide, even if it’s just you, me, and Hugo–”

“–and Luca, we’ll have this fight with you.” 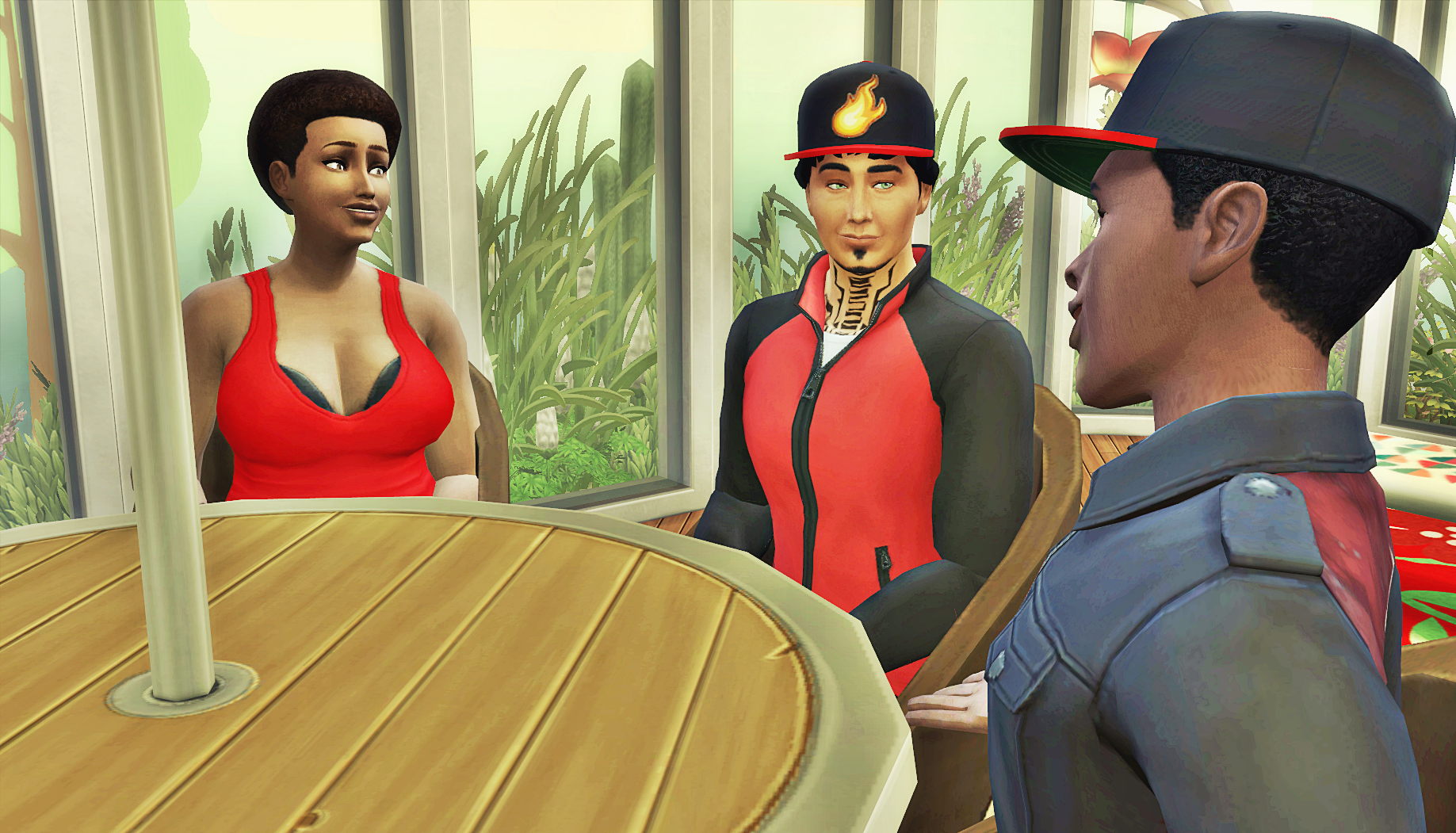 “Listen,” said Luca, “what we need to do is kick some vampire ass! I have some people I can call–” 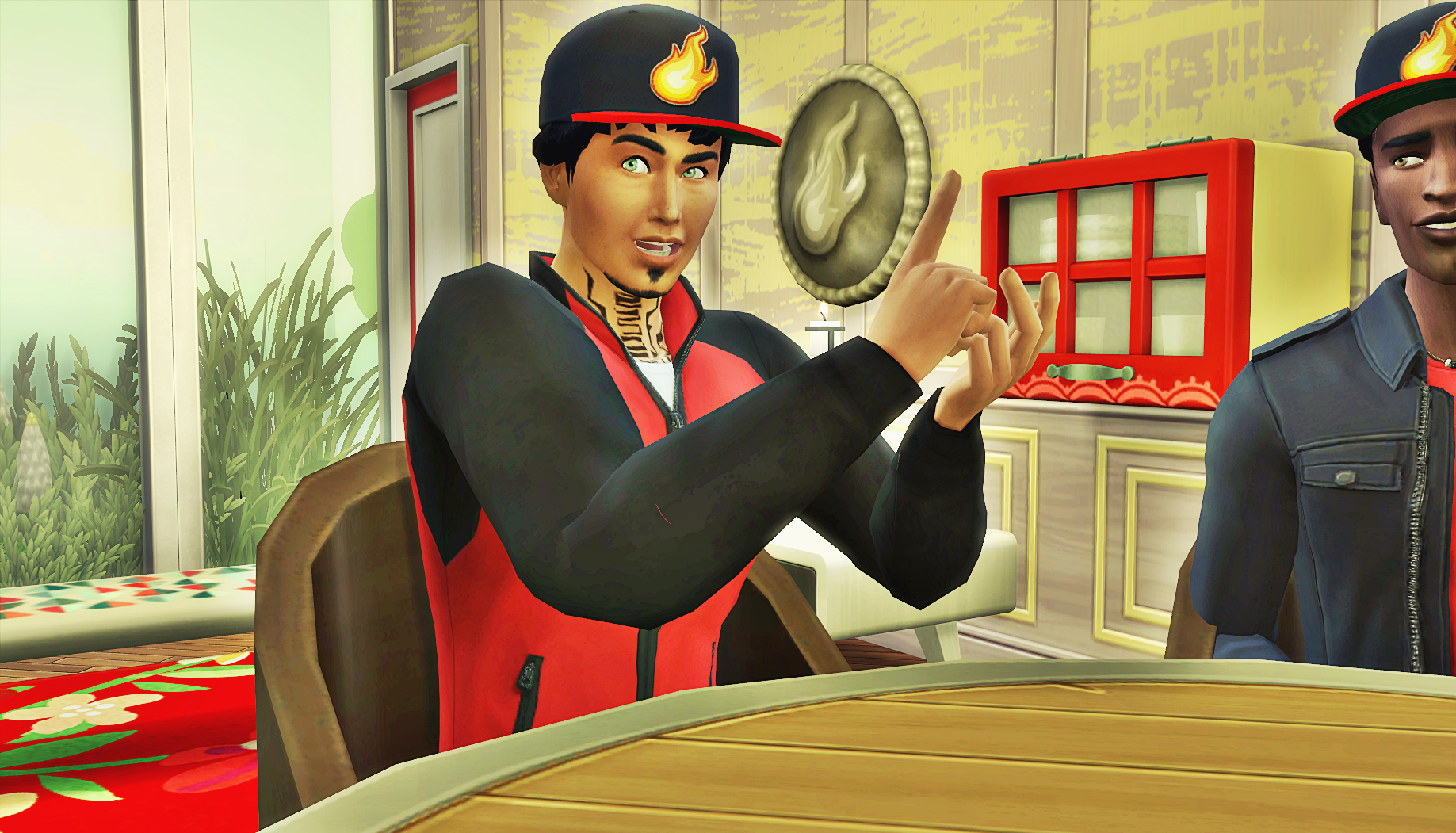 “No! You’re not calling any people,” said Laurel. “Now you’ve said your piece, and Carmen knows where you stand. Let it go, Luca. Let her decide where this story goes next. Carmen, if I were you, I wouldn’t mess with any vampires.” 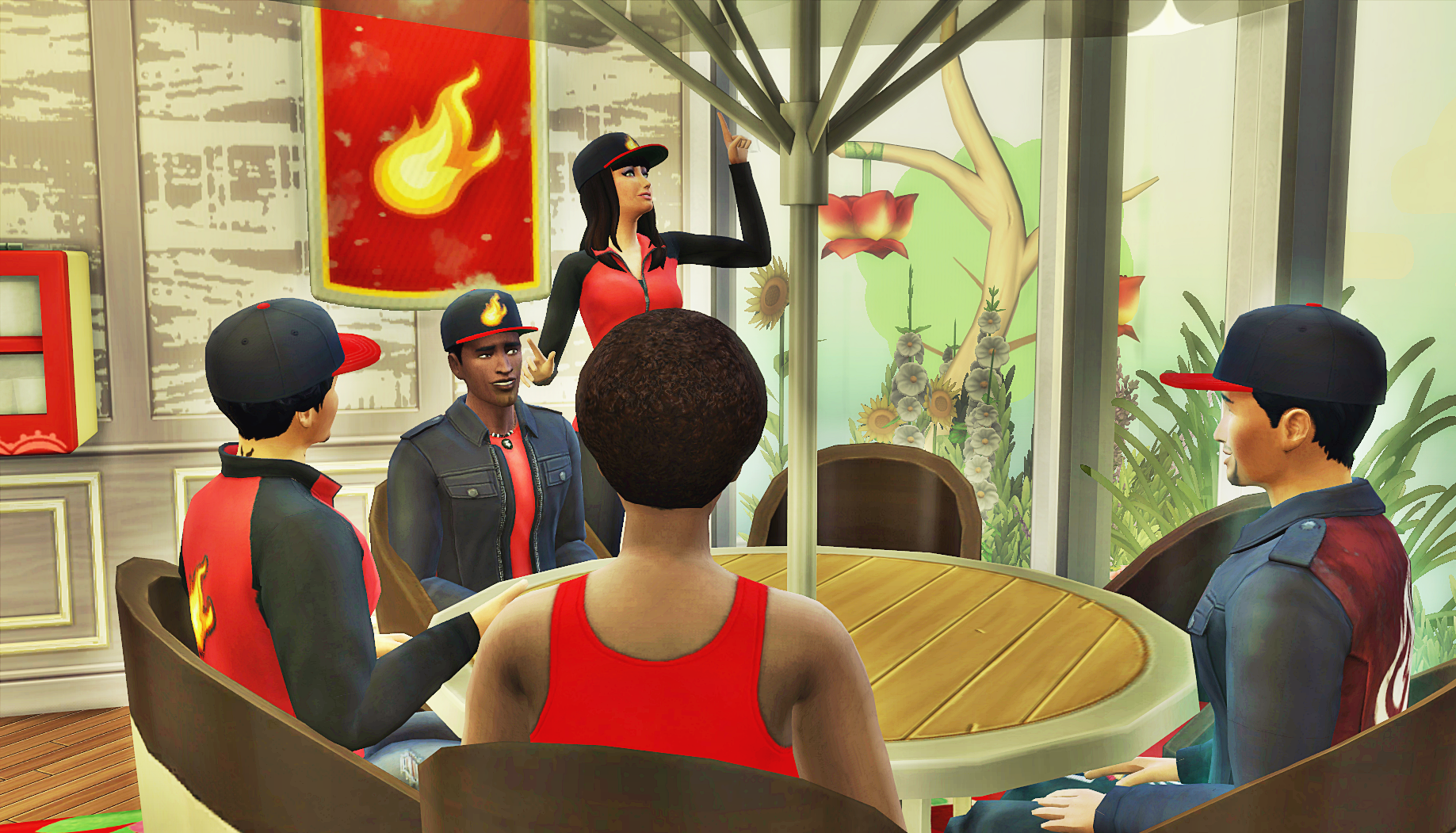 Laurel continued, “you haven’t said your current home setup has become untenable yet. And it sounds like Imane isn’t giving Hugo a hard time about how much time he spend with your family. So I say why rock the boat and risk the safety of yourself, your friends, and your family?”

Luca couldn’t believe his ears. “This from the woman that had all of us camping out in Forgotten Hollow?”

“Well that was different!”

Luca wasn’t buying it. “Different how? We were out there roasting marshmallows and going for jogs around creepy ass gargoyle statues. If a vampire had shown up, we would’ve been caught in the middle of a fight.”

“He makes logical sense,” added Bo. “we would not win a fight against vampires while trying to clean smores from our fingers. But perhaps the body odor of three days camping would do the trick.”

They all couldn’t help but to laugh at the image of them sitting around a campfire like they were on holiday. This broke the tension and allowed them to calm down a bit. 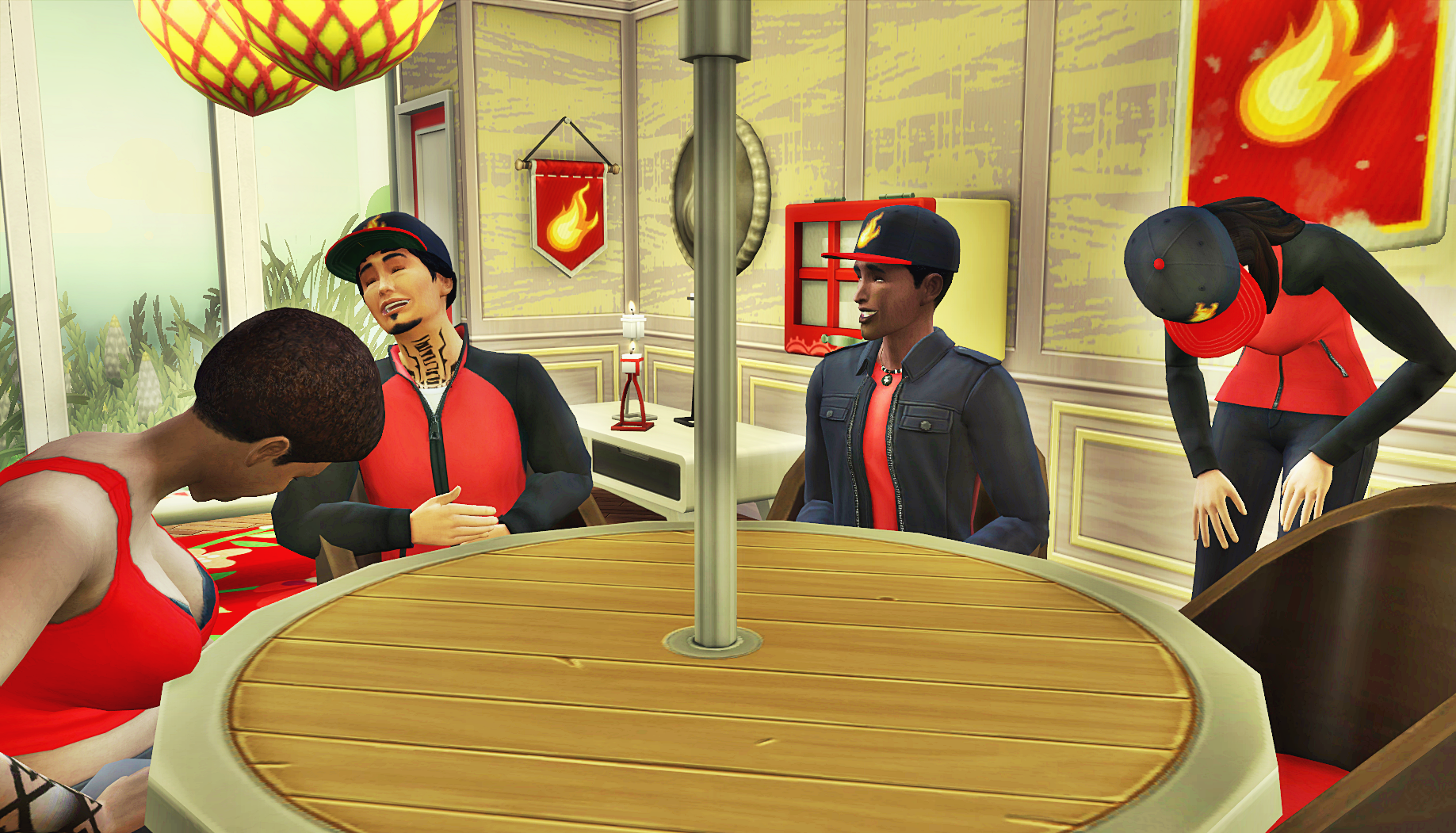 “Okay, okay,” said Carmen, “I’ve heard from each of you, and you’ve given me a lot to think about. I’m not sure what I’m going to do yet, but believe it or not, you’ve made me feel better. If I make a decision that calls on you all for help, I’ll let you know.”

“Wait, so that’s it? We’re not deciding this now?”

“No Luca, we’re not,” responded Carmen, who genuinely felt better after hearing the wildly varying opinions. “I’m going to figure out what to do, then I’ll let you know if I need help.” 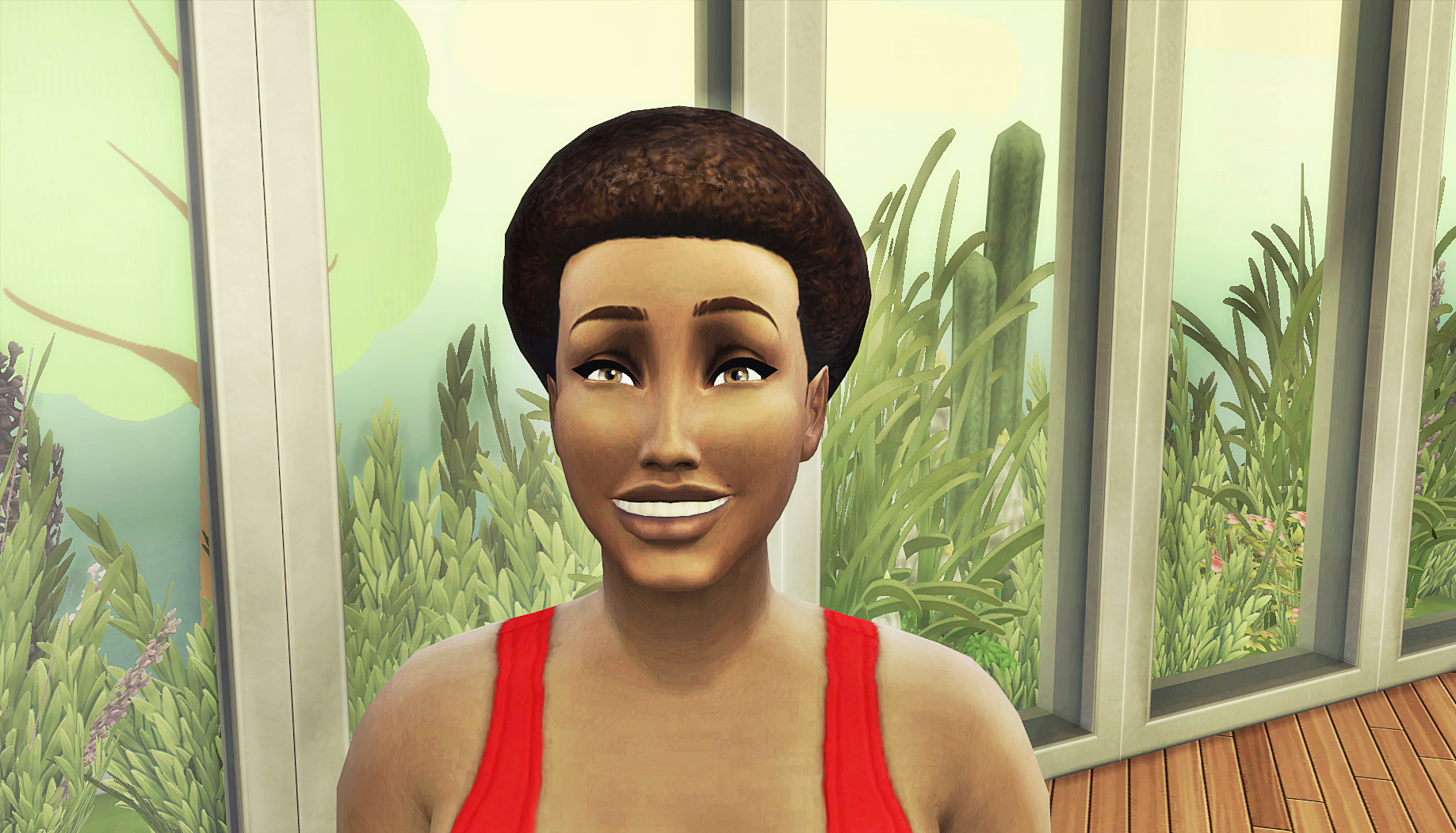 Feeling exasperated with Luca’s refusal to be more chill about her life, Carmen relented, “sure Luca, that sounds great. You figure out a Plan B just in case. I appreciate it, truly.” 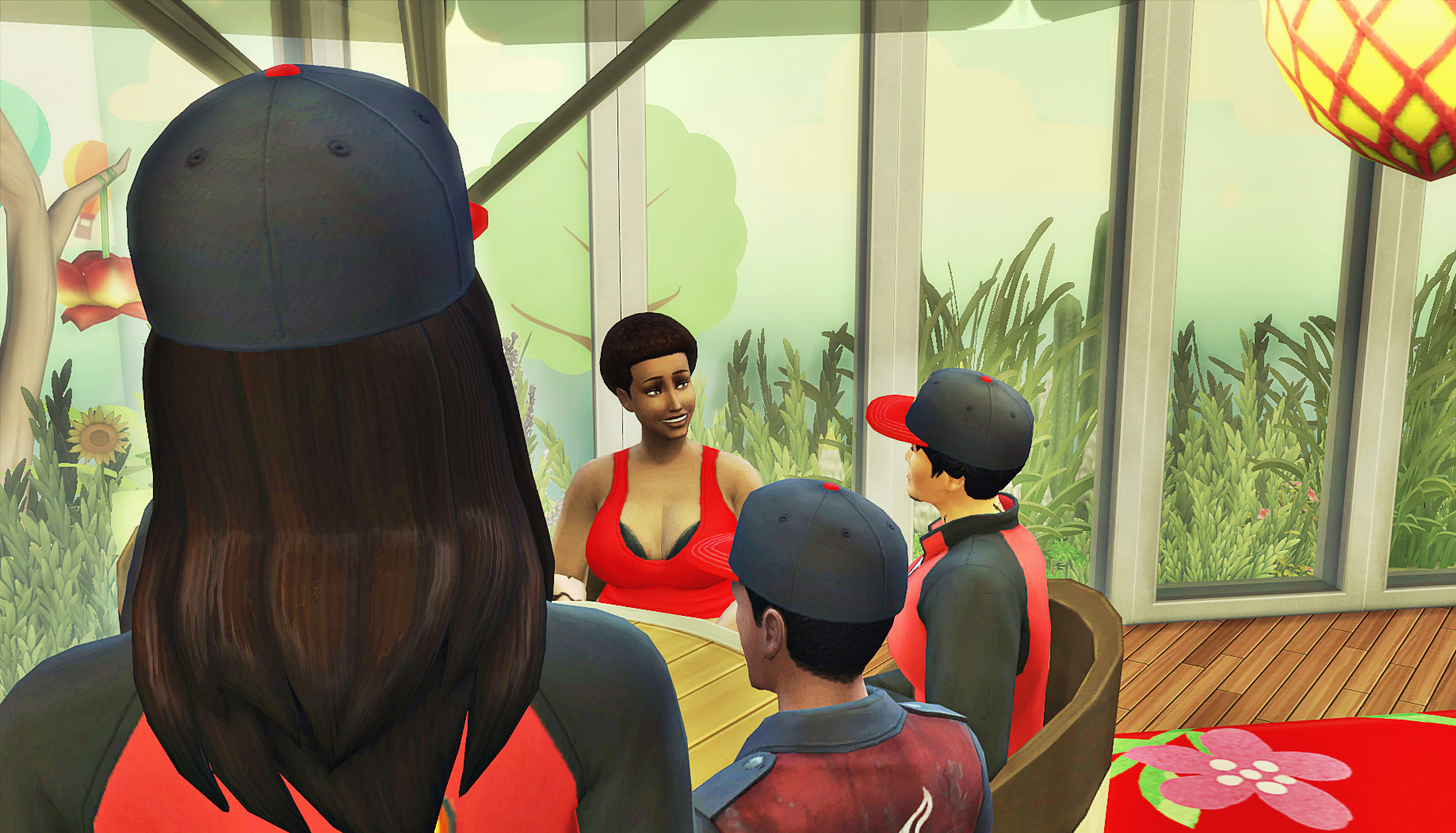 “Of course,” said Luca with a look that bordered on saccharine. “Happy to help.” 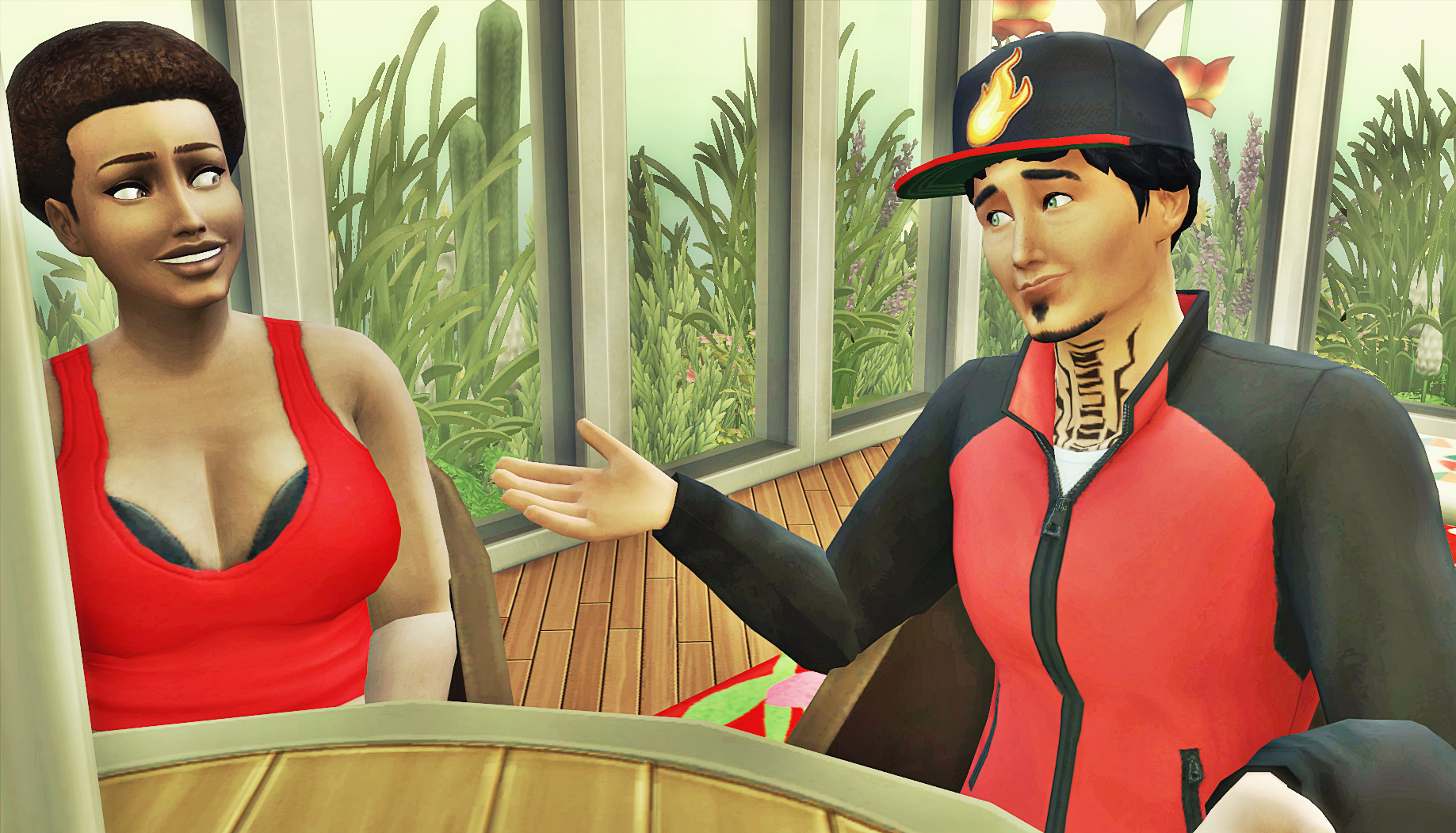 Carmen wasn’t sure to make of Luca’s insistence of having a plan to deal with the vampires, but she couldn’t worry about it right now. She wanted to hold on to this feeling that everything would work out somehow. She headed home, changed back into her regular workout clothes, and went for an afternoon job. Some endorphins would be just the thing to keep her in good spirits while she reflected on the best way forward for herself and her family. 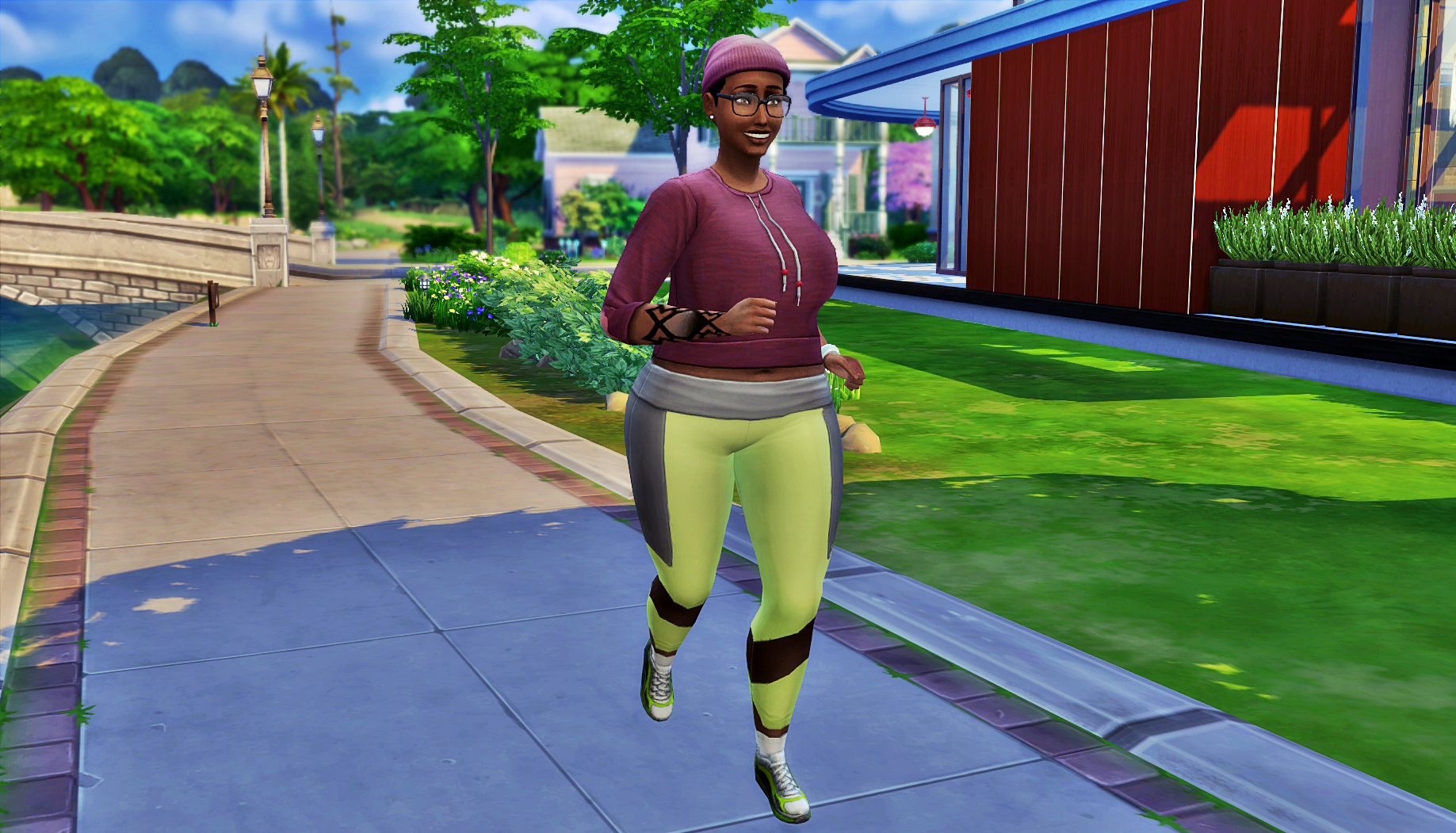 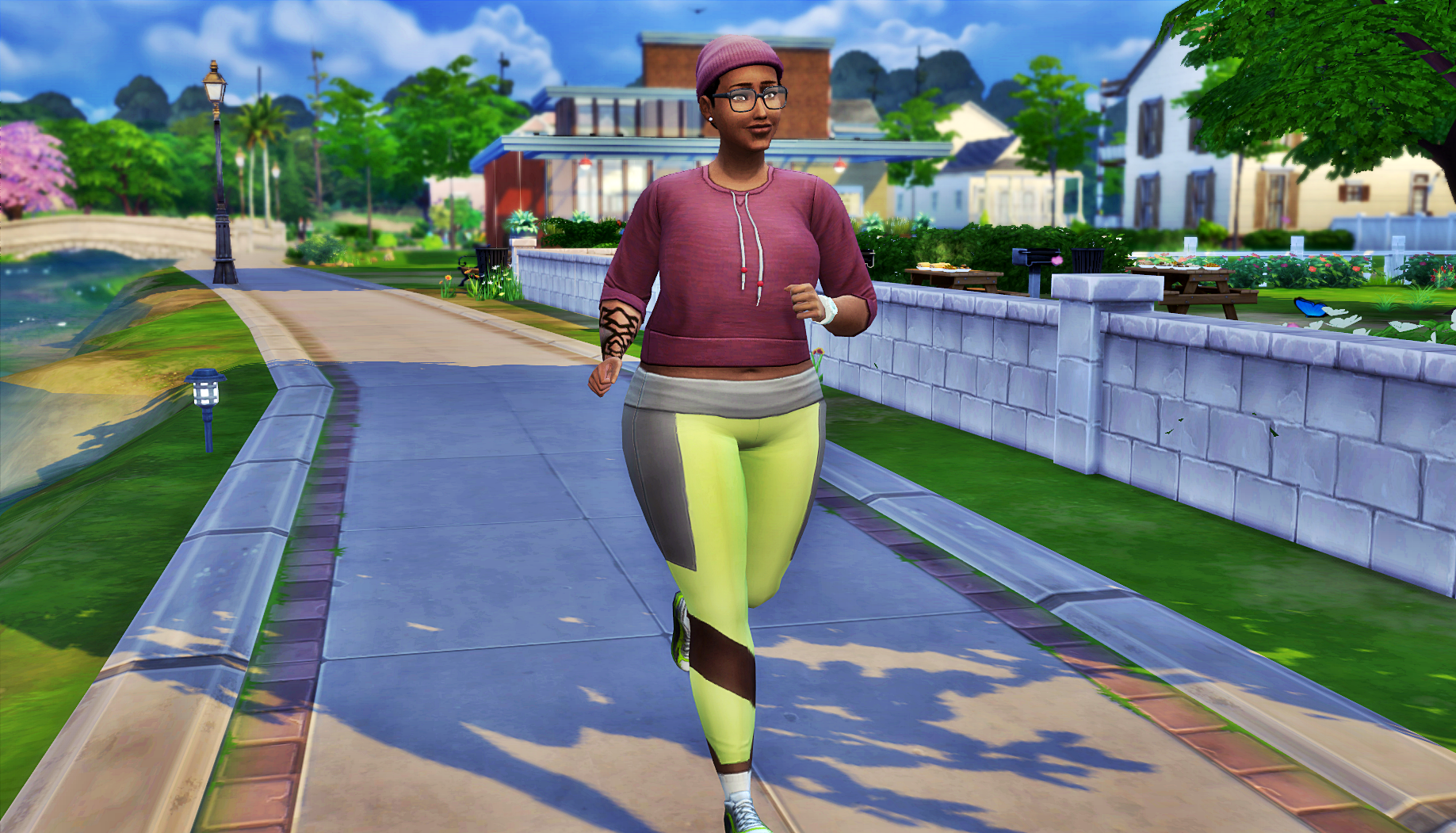 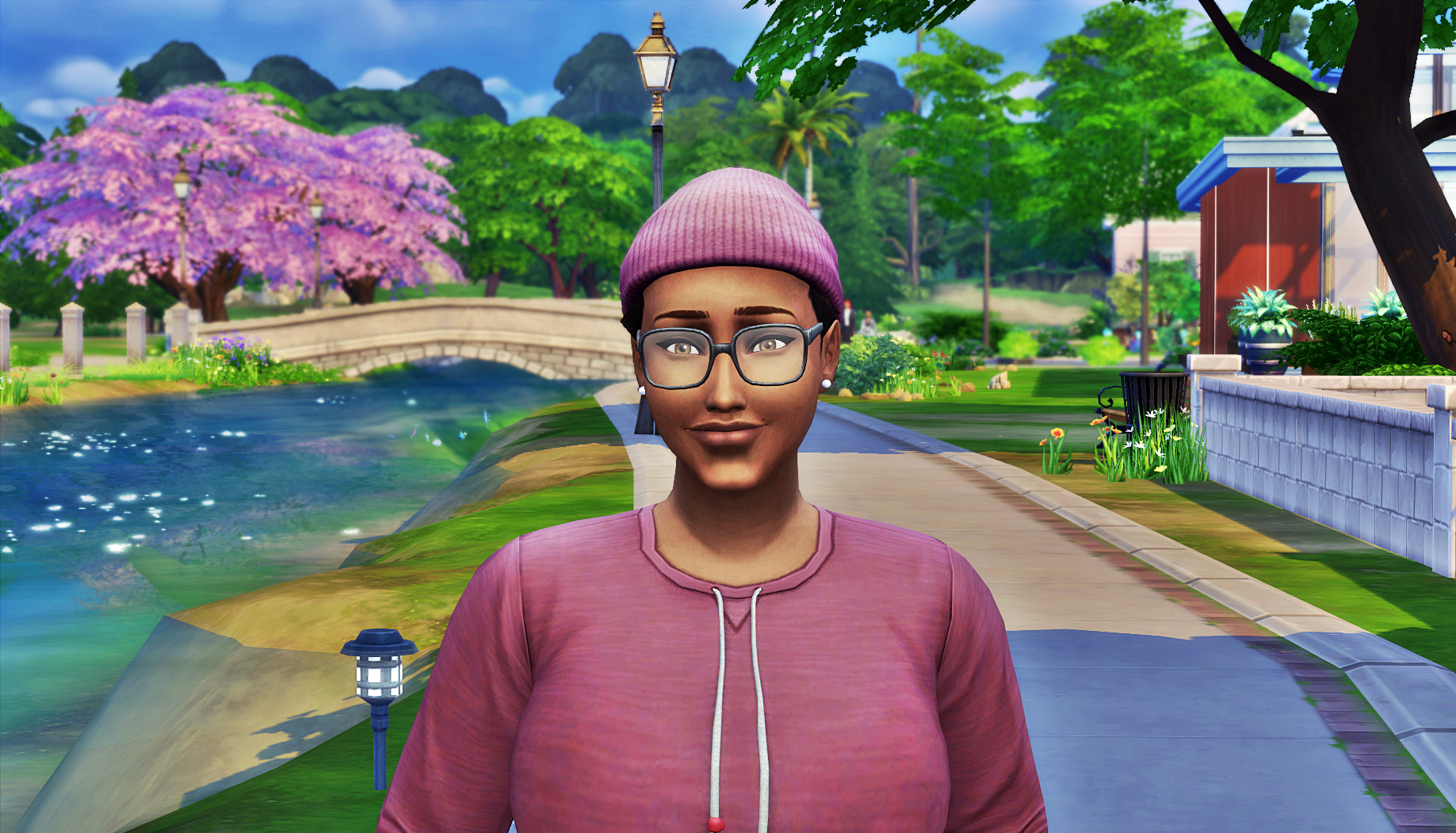