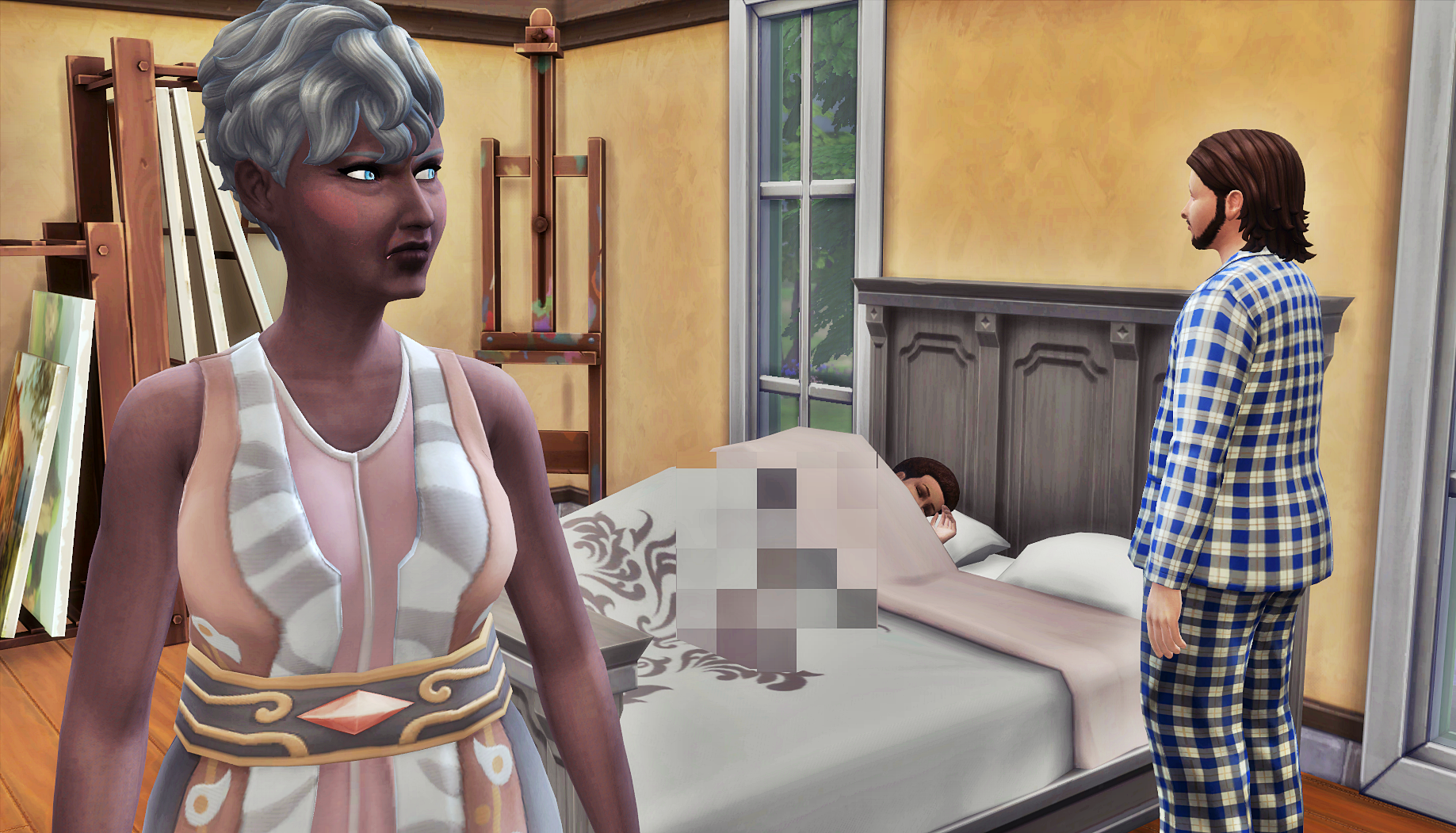 The uncomfortable silence stretched out, and Hugo wasn’t sure how to proceed. 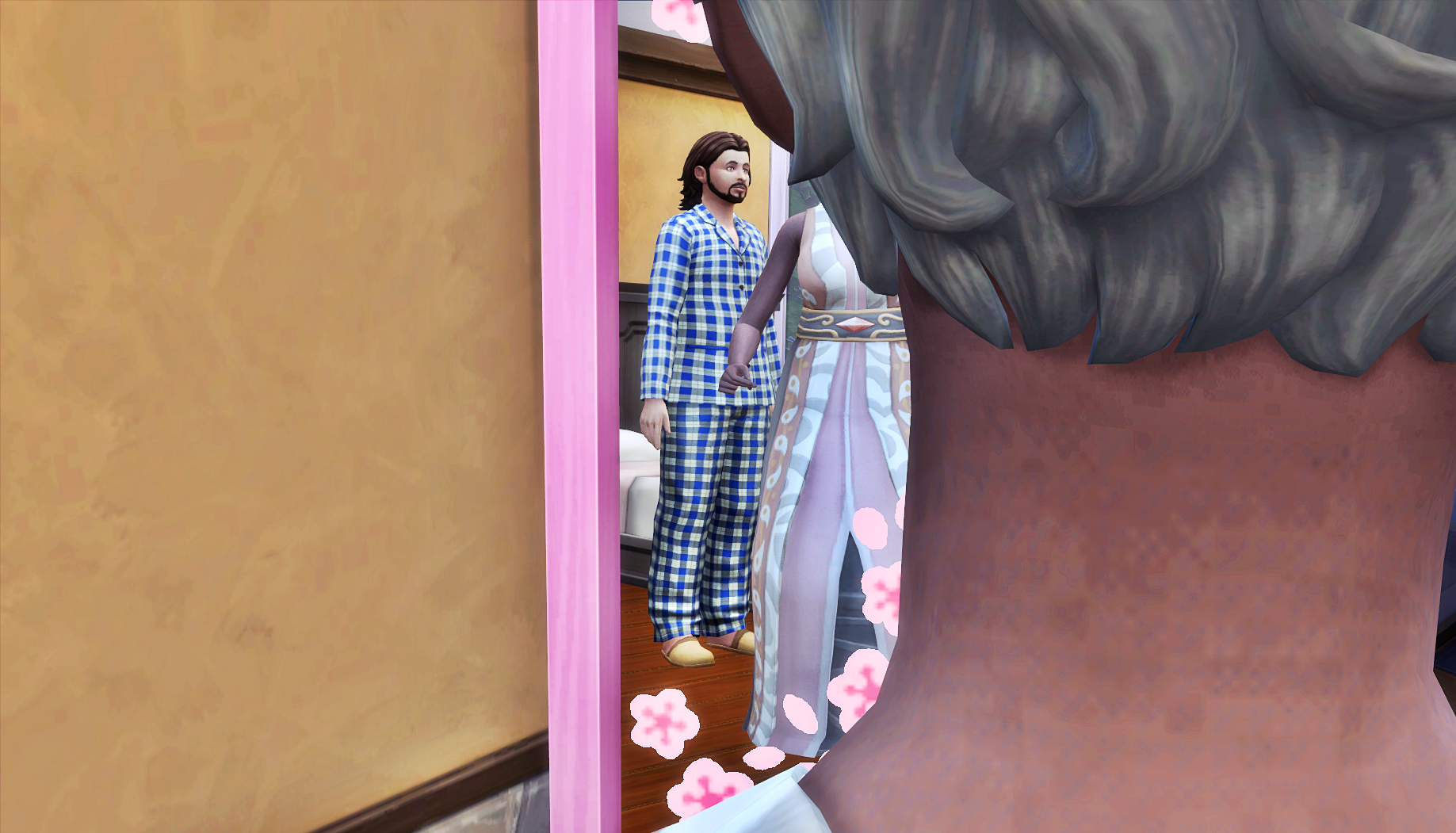 Genevieve took a deep breath, and before she even spoke one word, her fists were clenched, ready for a fight. 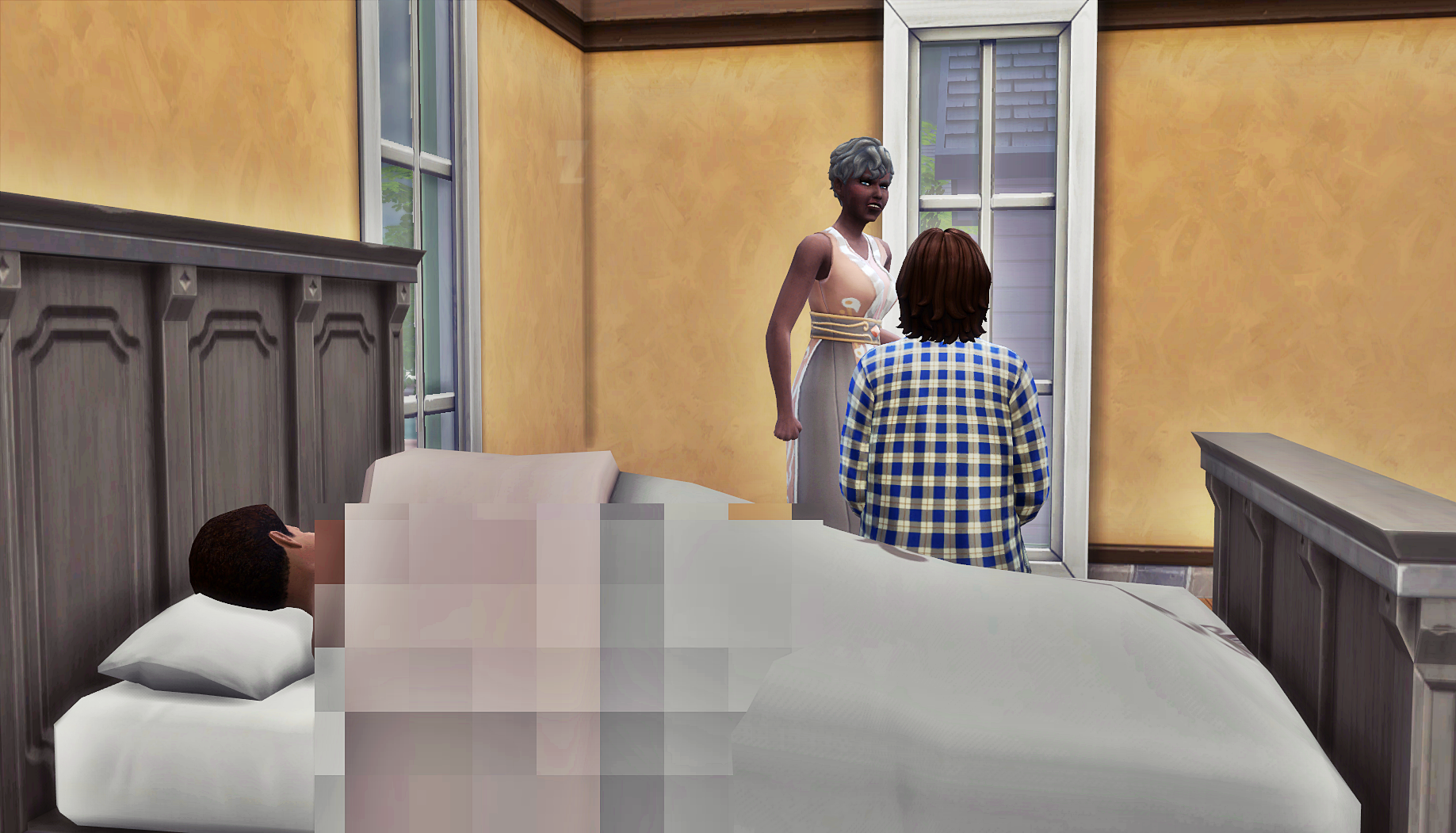 When she finally spoke, her voice was eerily calm. “So, you’re Hugo?”

“And here you are, meeting me for the first time, in my daughter’s bedroom.”

“You what? Thought you’d spend the night here, like you apparently do so many other nights, and meet me in the morning?”

“Tell me, where does your wife think you are when you’re here, so comfortable in your pajamas, in my daughter’s bed?”

“That situation is really complicated and–”

“Save it,” said Genevieve. “I know men like you. Men who make impulsive decisions and blame it on their hearts, when that’s not the part of you doing the thinking.”

“Mrs. Butler, I think you misunderstand–”

“No, I understand very well. My daughter loves you very much, and so do my grandsons.” 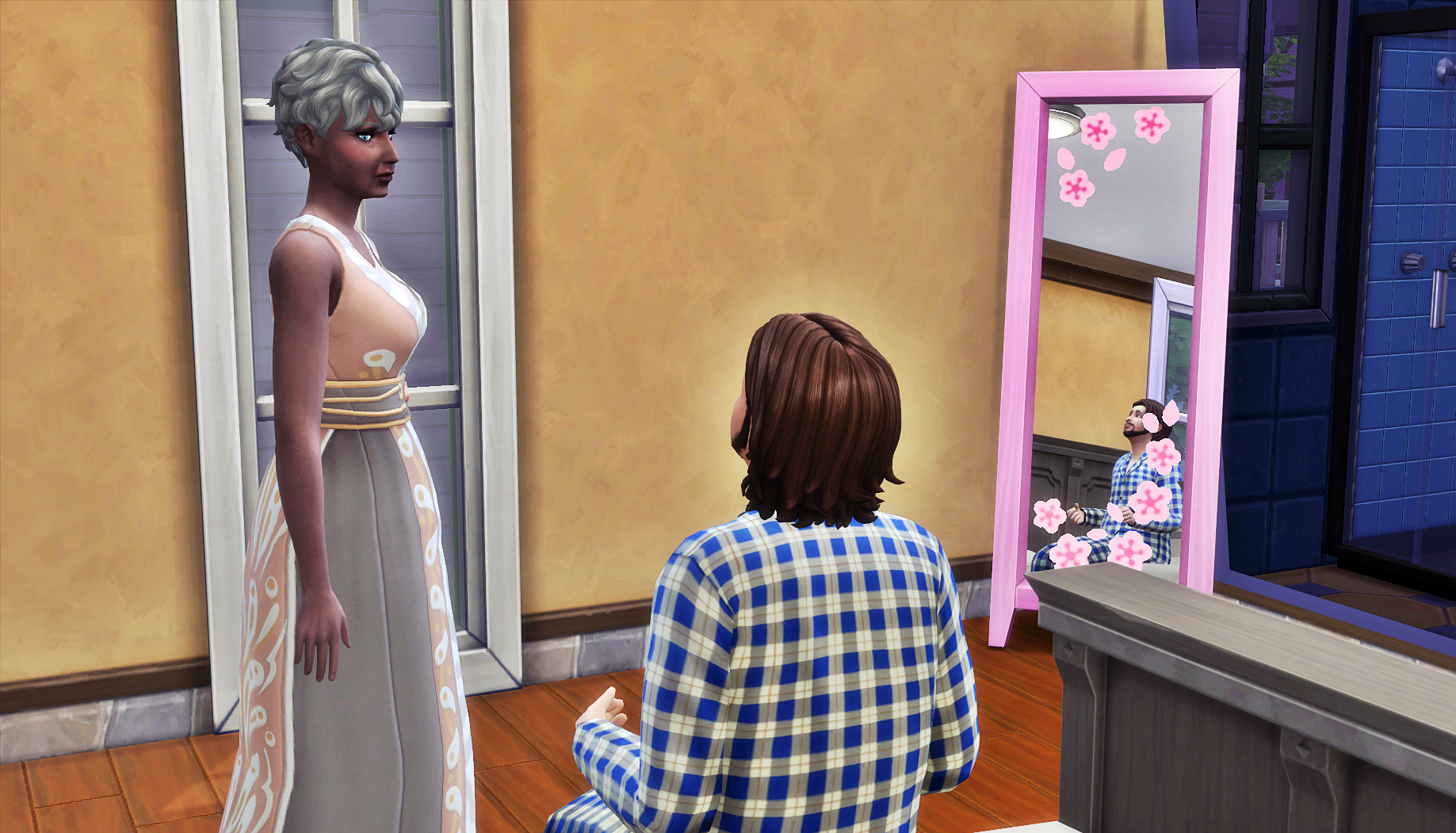 Admitting that seemed to cause Genevieve pain, but she continued, “because of that, I’m not going to tell you that you aren’t welcome here. But just know that I see you. I see your choices, and I see how it affects my child. Now, I’m not going to disrespect you in my daughter’s home when she’s made it clear that you’re welcome here. But I will let you know that if were up to me, you’d never set foot in this house again, unless it was to pick up the boys to visit at your own place. I trust you’ll take that information and use it wisely.” 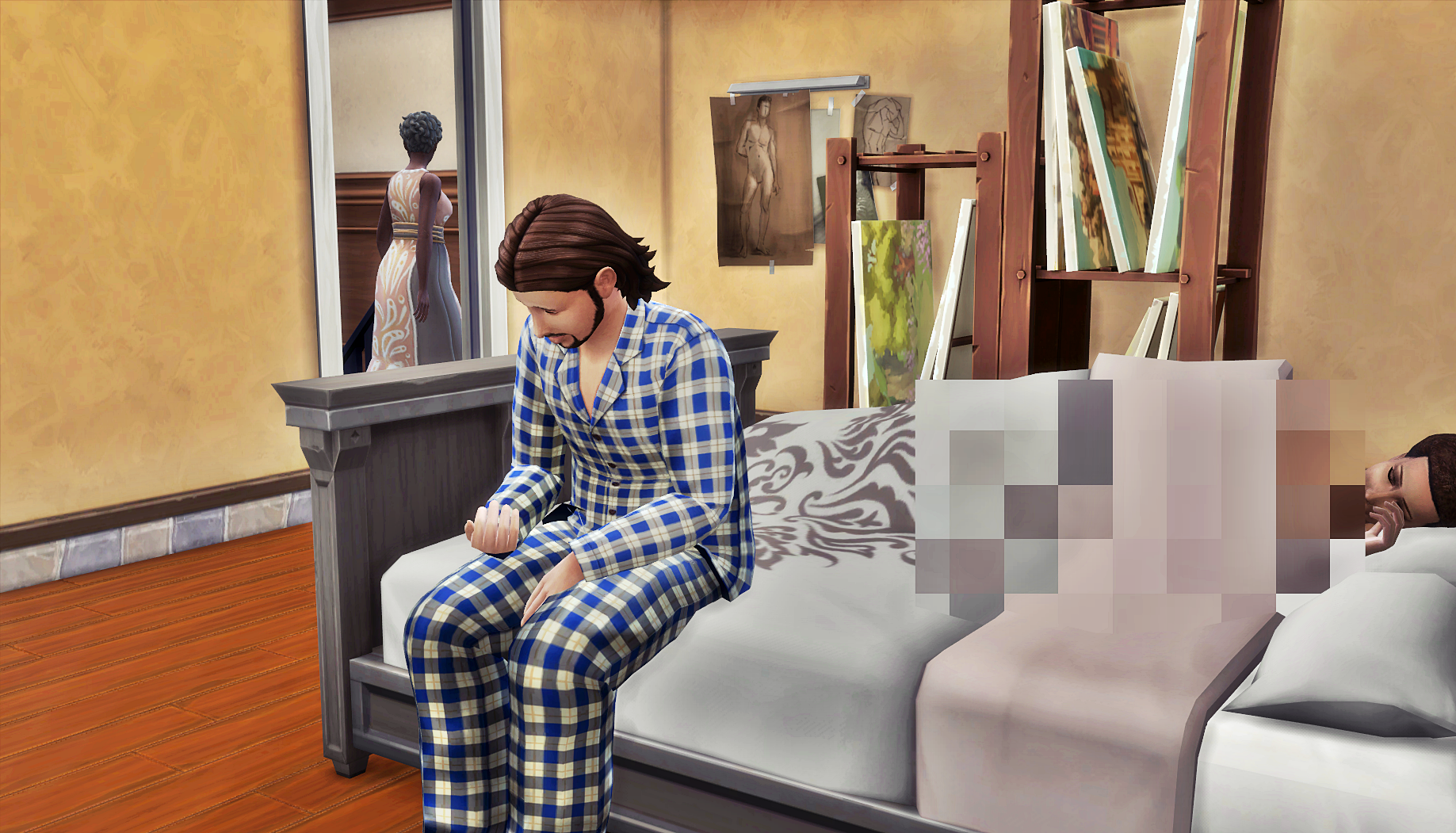 Hugo wasn’t sure what to do or say. Carmen was still sleeping soundly next to him on the bed, none the wiser that her mother had just told him to get lost.

Could he really back away like Mrs. Butler wanted? Hugo couldn’t imagine leaving his family. If he was being honest with himself, it felt like he had multiple families: the one with Imane and Anya, his sister Luna’s family, and the one in this house. His baby brother Max was a teenager now and was living all by himself in the big house they grew up in on the Windenburg island now that their father had passed, and Hugo still felt a responsibility to him as well.

He didn’t mean to end up pulled in so many directions, but he needed to make sure everyone was taken care of. Being the oldest of three siblings, and the biological father of 5 toddlers could weigh on a man. But until he was just crucified by Carmen’s mother, Hugo would’ve said he was handling it well.

Was this really affecting Carmen in a way he couldn’t see? Did she not mean it when she said she understood his predicament and loved him anyway? Hugo hated that her mother was putting all sorts of doubts into his head. But if he left like Mrs. Butler clearly wanted, wouldn’t that just be feeding into her concerns about his affection for her daughter? 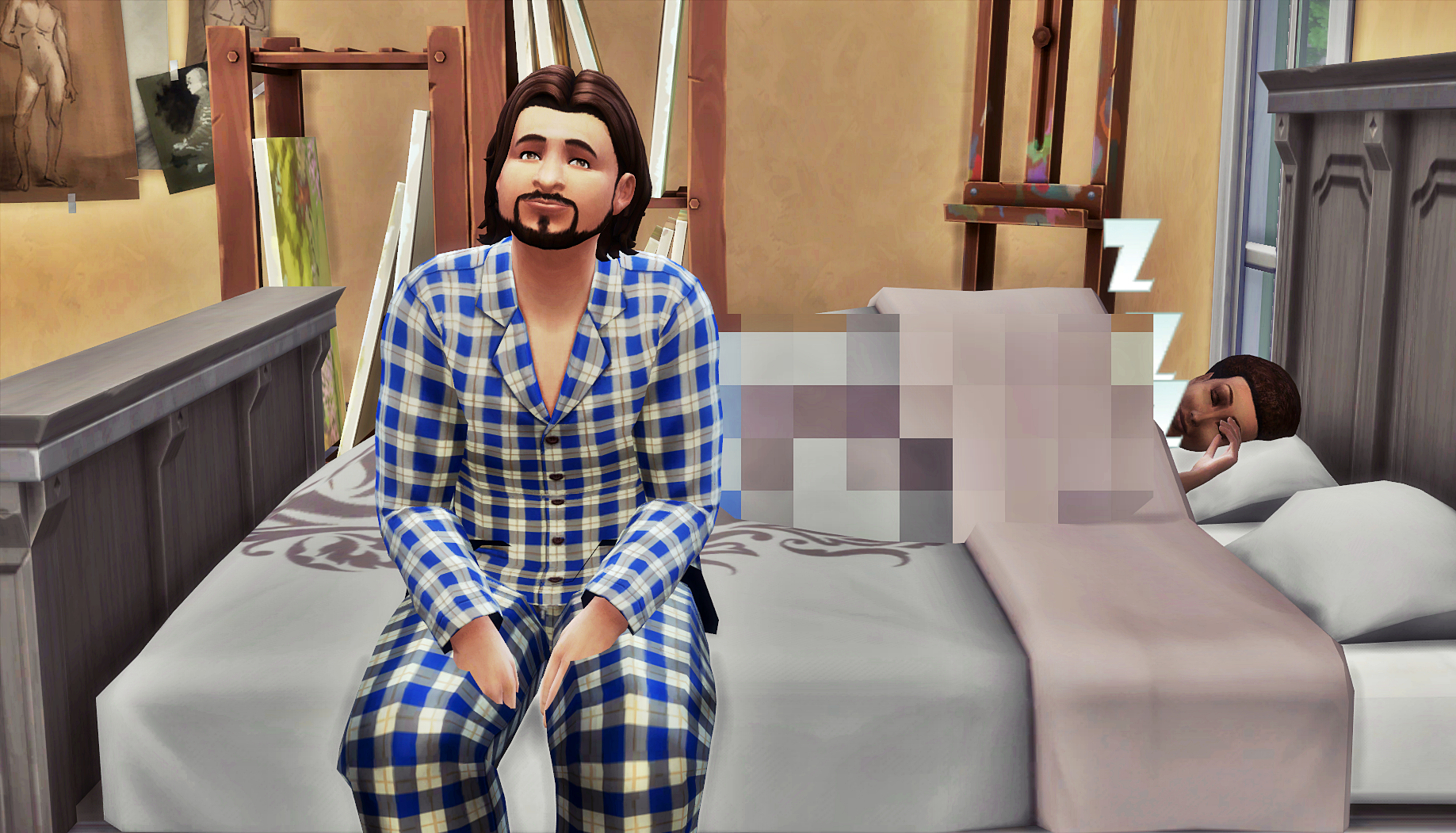 He didn’t know what to say or what to do and probably would’ve stayed frozen in inaction for much longer had he not heard a muffled noise from the downstairs. He appreciated that the sound was muted because that likely meant the soundproofing worked both ways. But he wasn’t sure if any other adults in the house were still awake, so he headed down to check on his boys. He got dressed first, choosing not to run into any more parents in his PJs.

He walked into the boys’ room and was greeted by Rodrigo’s large smile and Genevieve’s disapproving side eye. 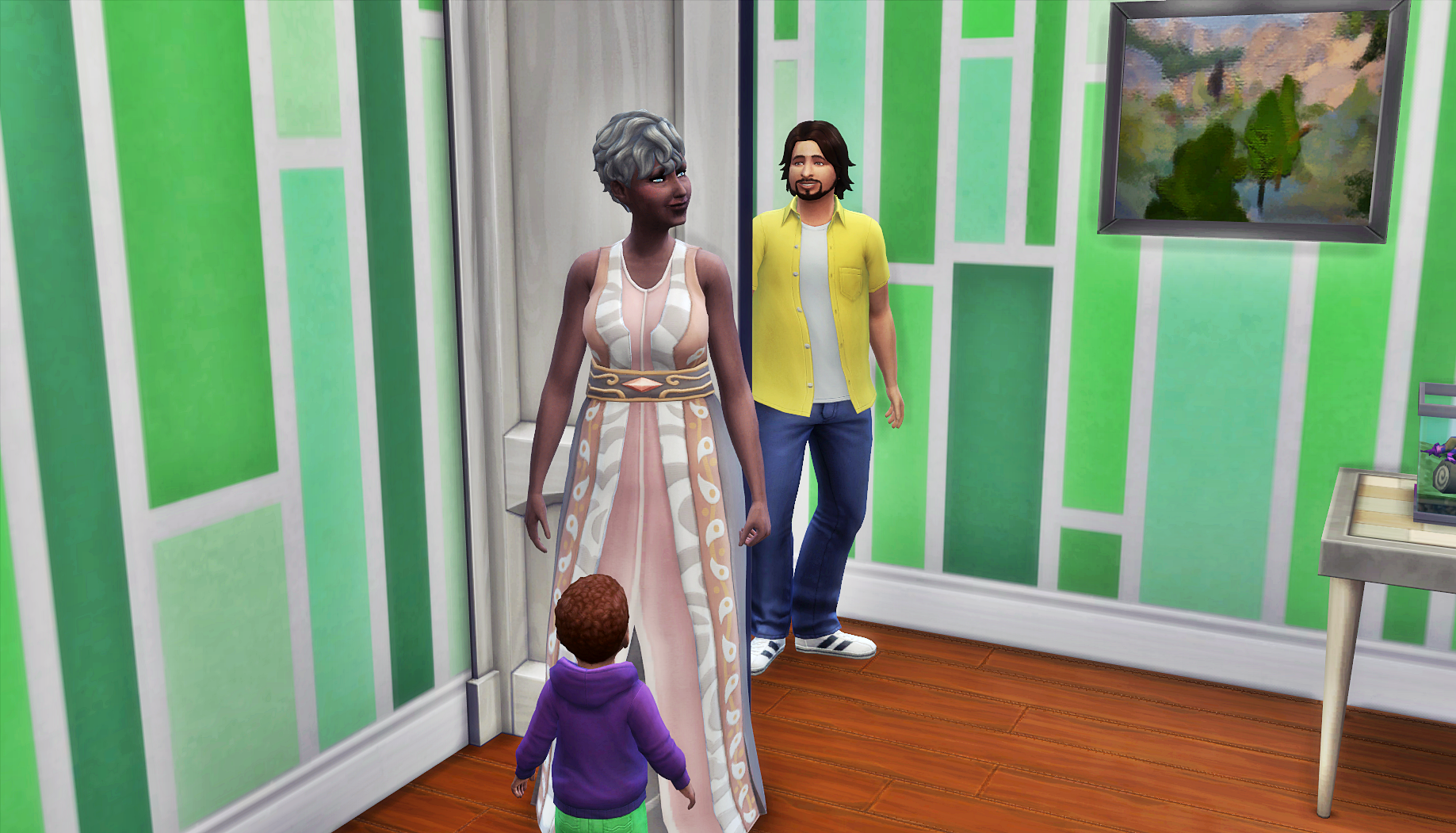 “Sure, mijo,” said Hugo. “I’ll read you a story if you can ask me in Spanish. Do you remember how to say it?”

Rodrigo thought for a moment, his little face scrunched up as he searched for the words in the language of his father’s people.

In spite of herself, Genevieve found this moment to be really adorable. It flew directly in the face of her criticism to see Hugo teaching his son Spanish. She couldn’t claim her grandsons weren’t getting enough attention from their father if they were learning to be bilingual.

She wanted to help Rodrigo, so she suggested, “La historia?”

“Say the whole thing in Spanish,” said Hugo. “You can do it.”

Hugo picked up Rodrigo and hugged him in celebration. He was proud of how well his son was learning the language. He knew this was the perfect age to start learning, and was looking forward to teaching the twins more Spanish as their language skills improved. He turned his head to see Genevieve’s half a smile as she left the room. Hugo knew he hadn’t won her over, but he could tell she’d have a harder time actively hating him going forward. 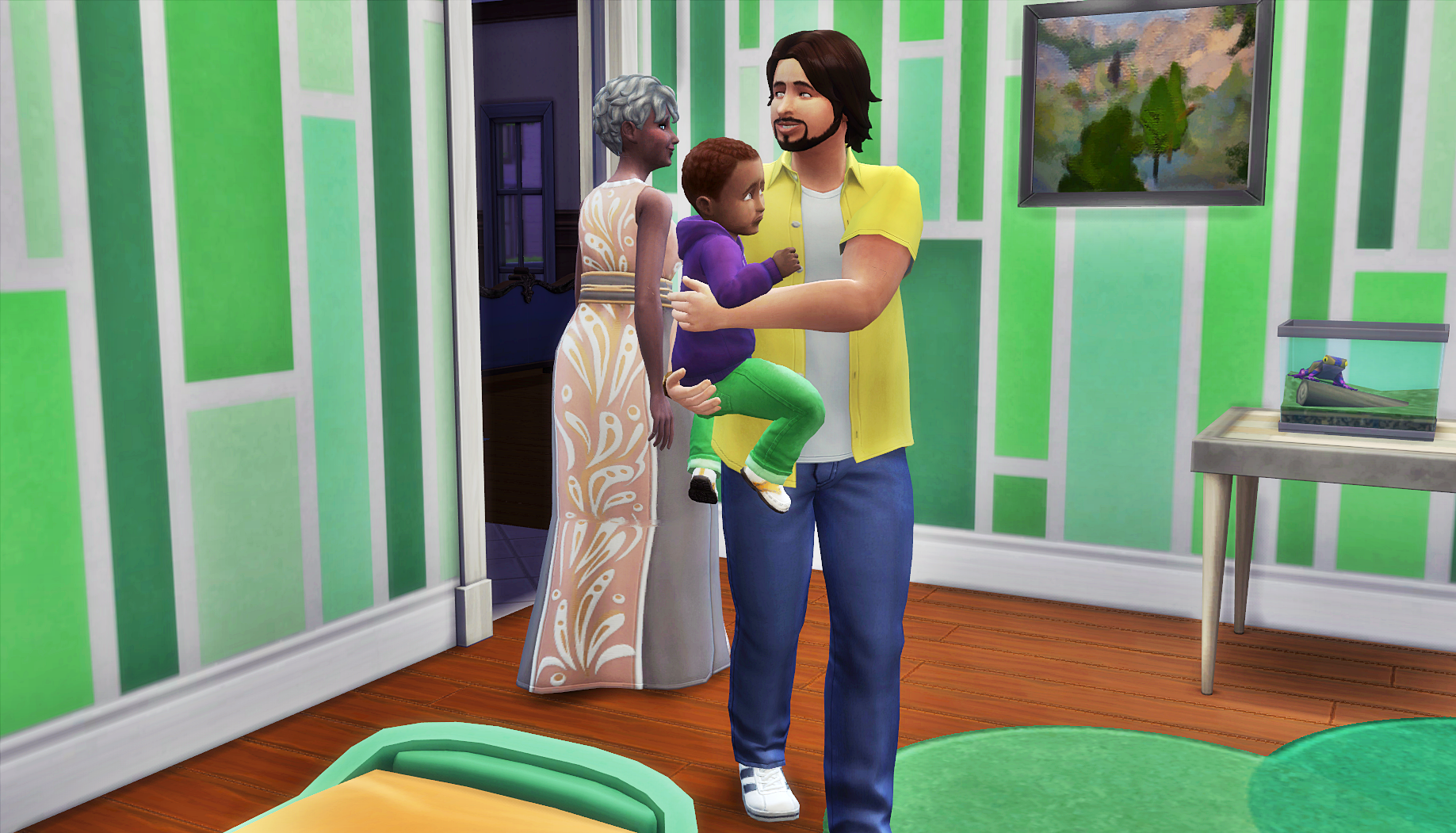 “Si, mijo.” Hugo grabbed the book while Rodrigo climbed into his bed. “Do you want to learn the word for dinosaur?”

“Yes!” At a stern look from Hugo, Rodrigo repeated himself. “¡Si!”

The other two boys were fast asleep as Hugo read the dinosaur book for what had to have been the 100th time. As Rodrigo finally drifted off to sleep, he whispered one last time, trying to get the word just right, “dinosaurio.” 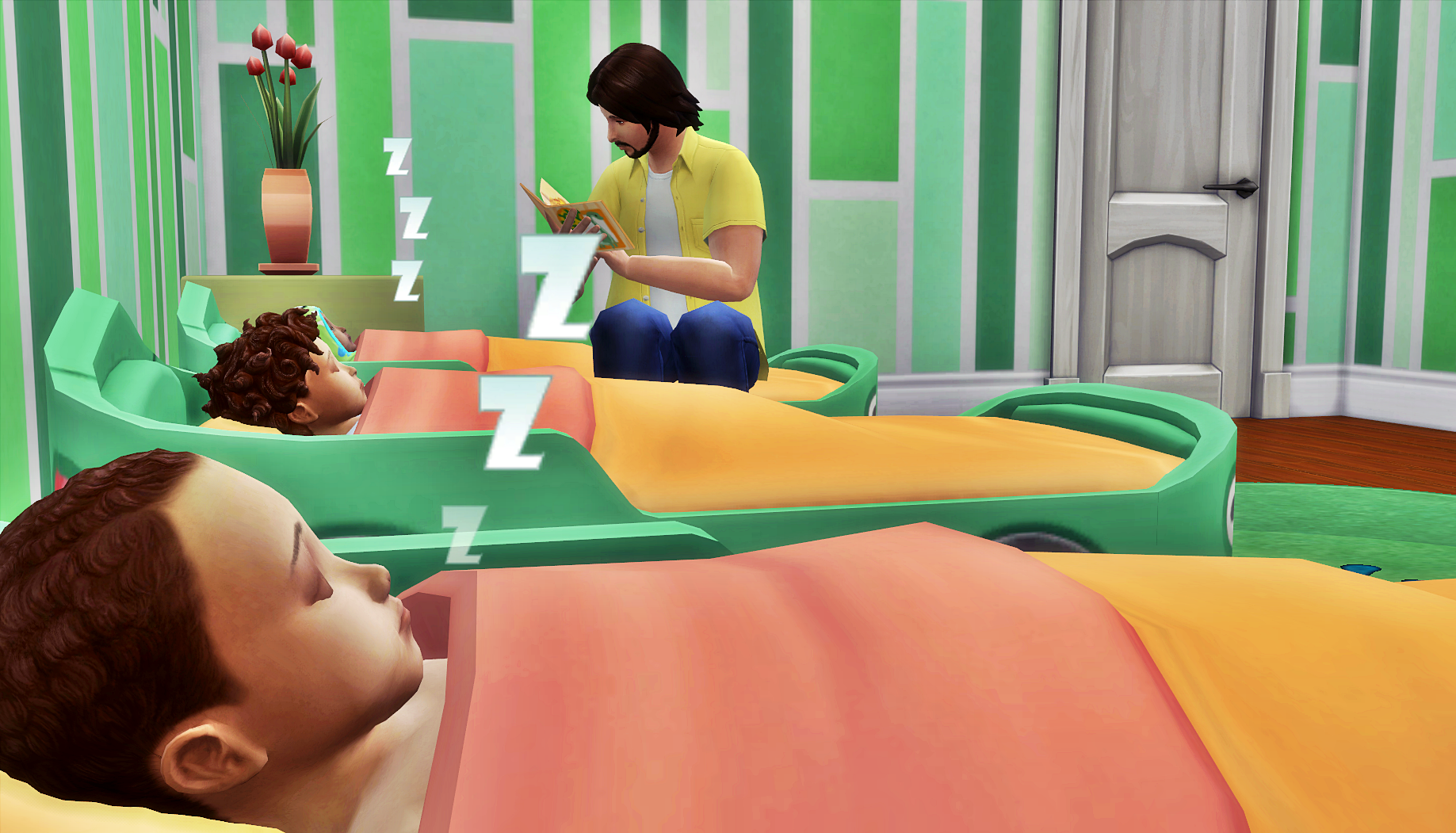