Grateful for multiple distractions from what Hugo had just said, Carmen heard a knock at the door and let in Liz Holloway. Her father sat down and had a snack and let Hugo tend to his son. Mauricio was the first up from his nap and was really happy to see his father. 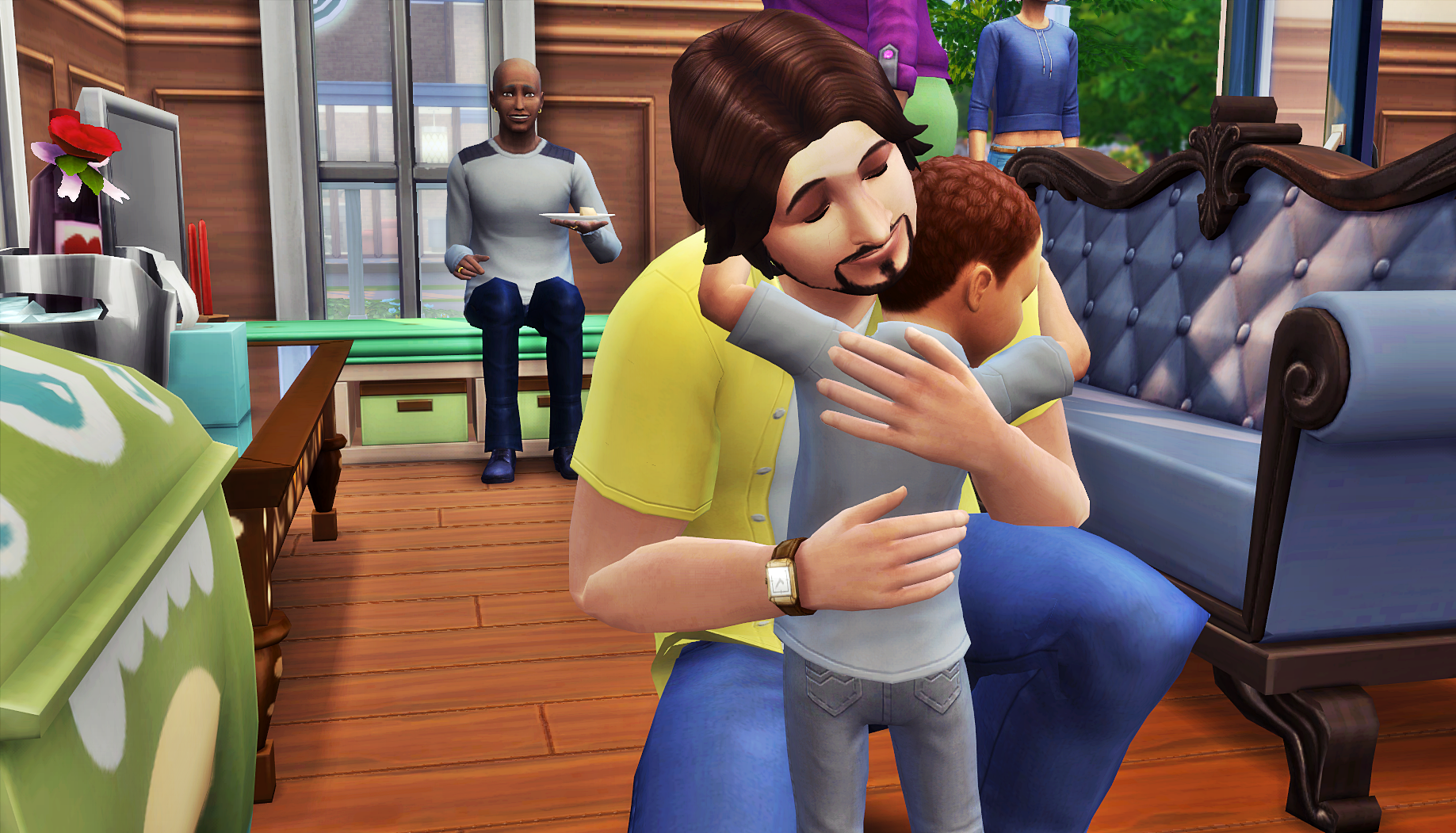 Carmen was getting ready to catch up with Liz when her phone buzzed with a text. It was Dr. Davin Branham again. Davin’s son Baby had revealed that he was considering leaving his wife as he’d fallen in love with someone else. It was a lot to process, and he wanted to talk to a friend outside of the family about it. Carmen had far too many mutual friends with Baby to feel comfortable discussing it with his father. Plus, her own situation made her a terrible candidate for such a conversation. She respectfully declined his invitation, citing a busy home full of toddlers. Carmen wondered how many more rainchecks Davin would give her before giving up on their friendship. 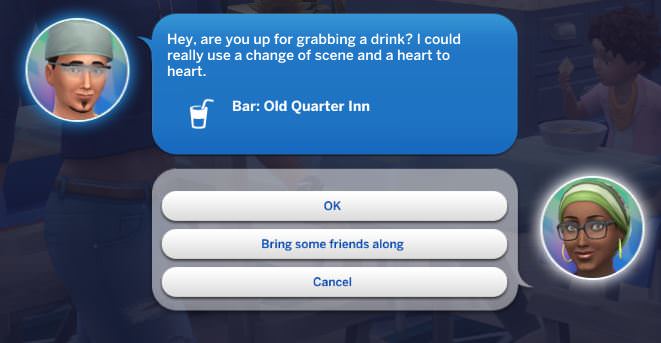 Speaking of people drawn to Carmen who she didn’t really consider a friend: Liz Holloway. Luca’s wife was nice enough, even if her ditzy demeanor and overly friendly disposition could be offputting. Liz looked really happy to see Hugo there, and peppered Carmen with questions about him.

Carmen answered her as best as she could. Yes, Hugo was a great father. Yes, it was unfortunate that he was married to someone else. Yes, she wishes it was possible for him to be around even more. When Liz started chattering about how Luca would love to know this as well, Carmen had enough. She knew there was no way Luca was actually interested in the minutiae of her home life. She headed back to her garden, and told Liz to make herself at home.

Having finished his snack. Jeffrey got up to get a snack for Mauricio. Hugo was carrying Rodrigo to the bathroom for his bath. He hadn’t had a chance to explore the new house layout yet, so he was grateful the first floor bathroom was in the same spot. 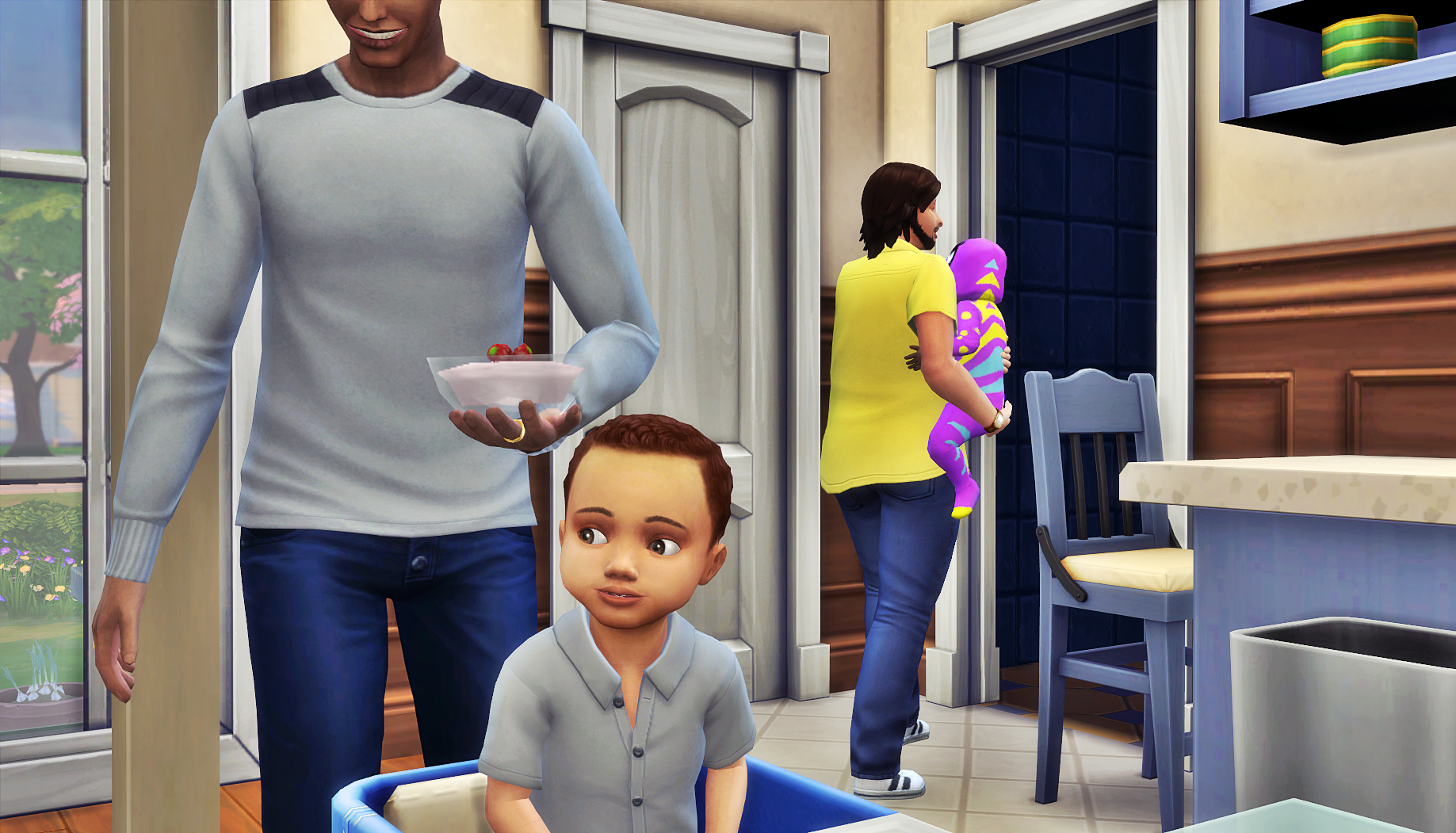 Being the father to so many children, Hugo was an old pro at bath time. He had missed this time with his boys, and was grateful that Carmen gave him free reign with them whenever he was over. All of Carmen’s friends had kids, but only two of Hugo’s did. While in the swing of fatherhood, he forgot sometimes just how young he was. His high school friends were probably out having a drink at happy hour as he washed Rodrigo’s hair. But he wouldn’t give it up for anything. 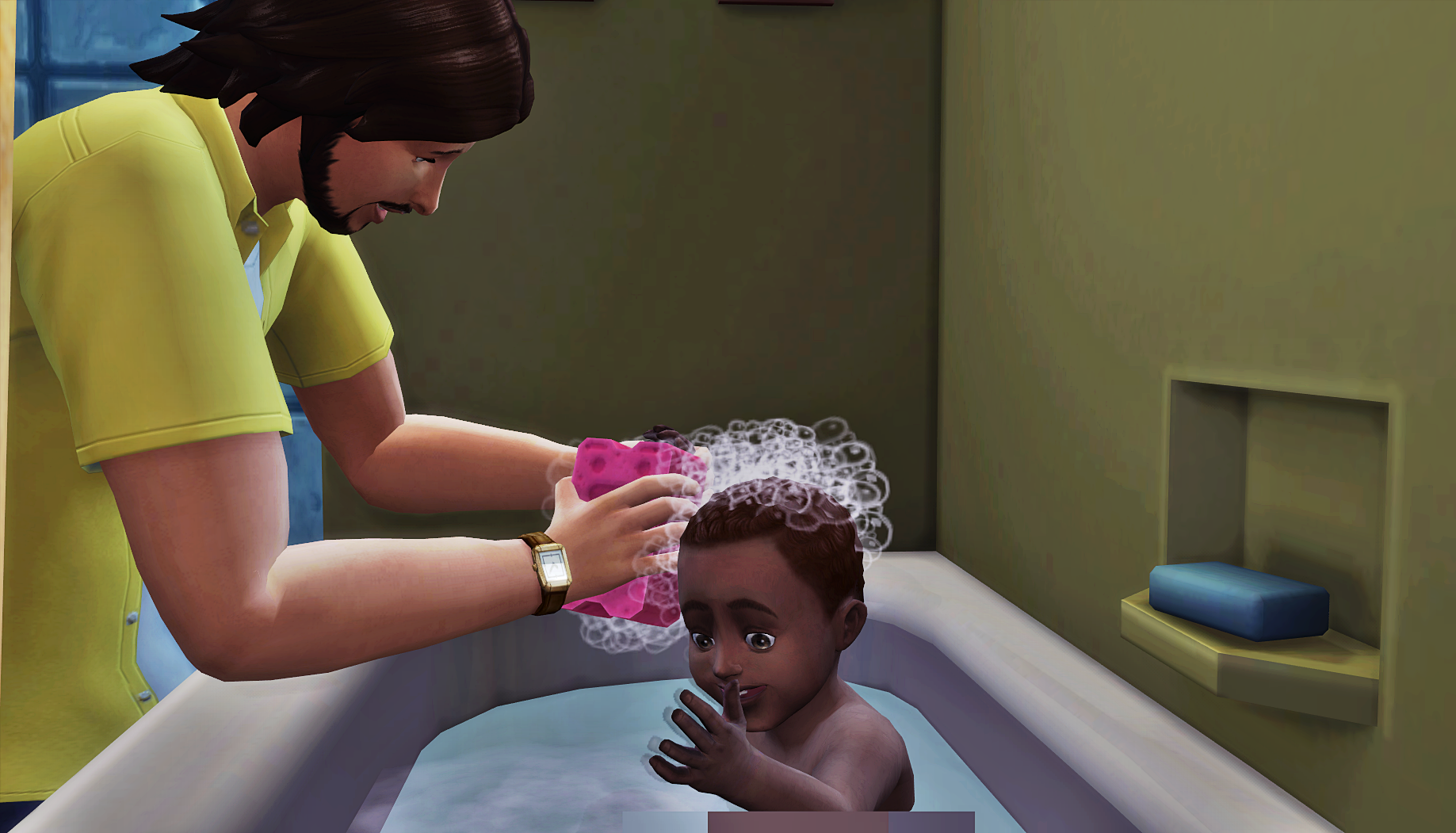 Carmen came back in from the garden and went to let Mauricio out of his high chair. Hugo grabbed the bowl from the high chair and put it in the dishwasher. It was in these moments that they both forgot they weren’t a family unit. They liked forgetting that eventually Hugo would have to leave to go back home to his wife and daughter. 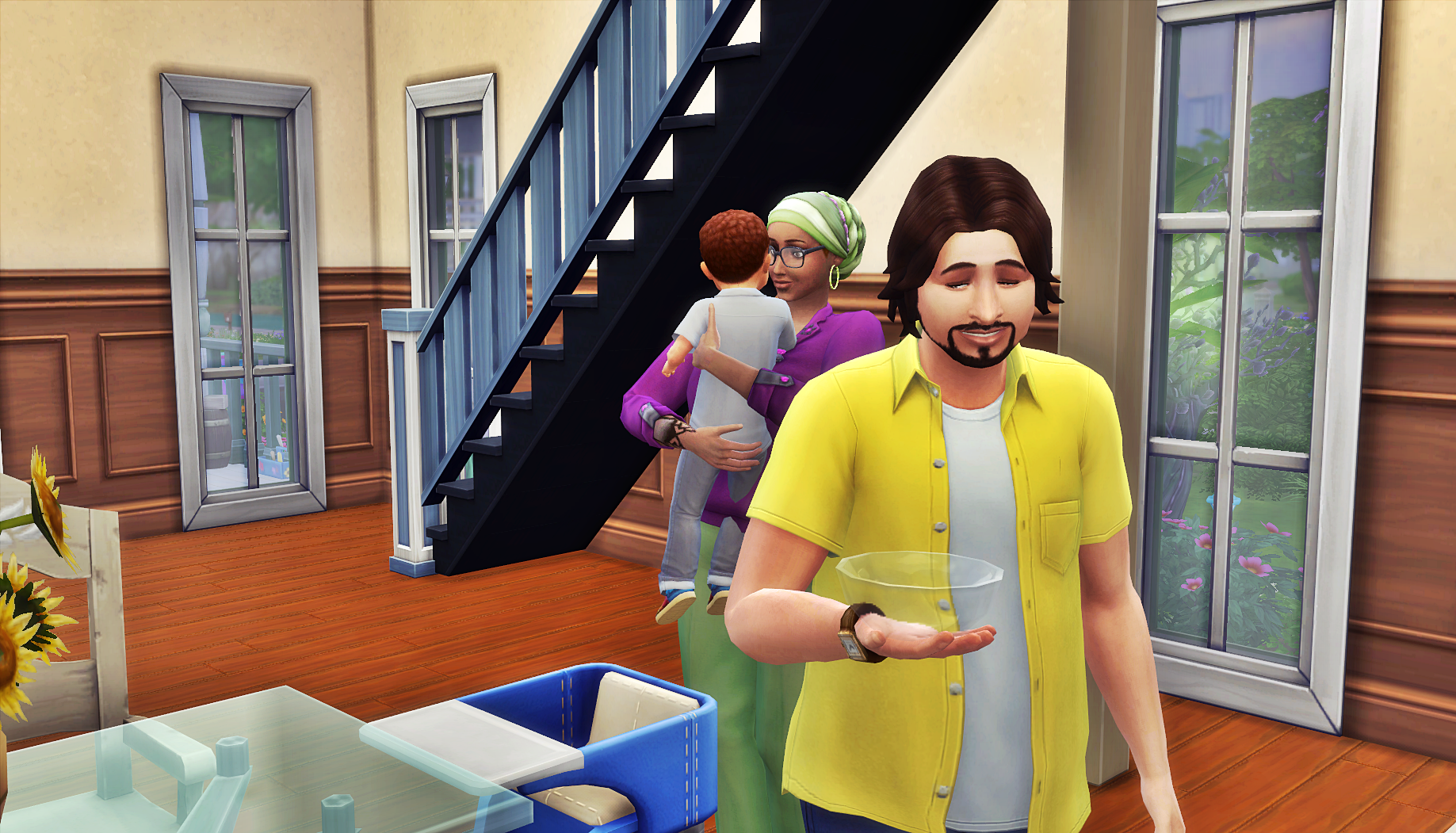 Hugo hadn’t seen Marco yet. He was in the boys’ bedroom. He had been playing on his tablet, but he stopped to visit with his father. Carmen heard them laughing together and went to join them.

“He takes after me,” said Hugo. “I don’t mind being left alone to handle things myself either.”

“Life circumstances don’t change my preference, but you already know that,” said Hugo. 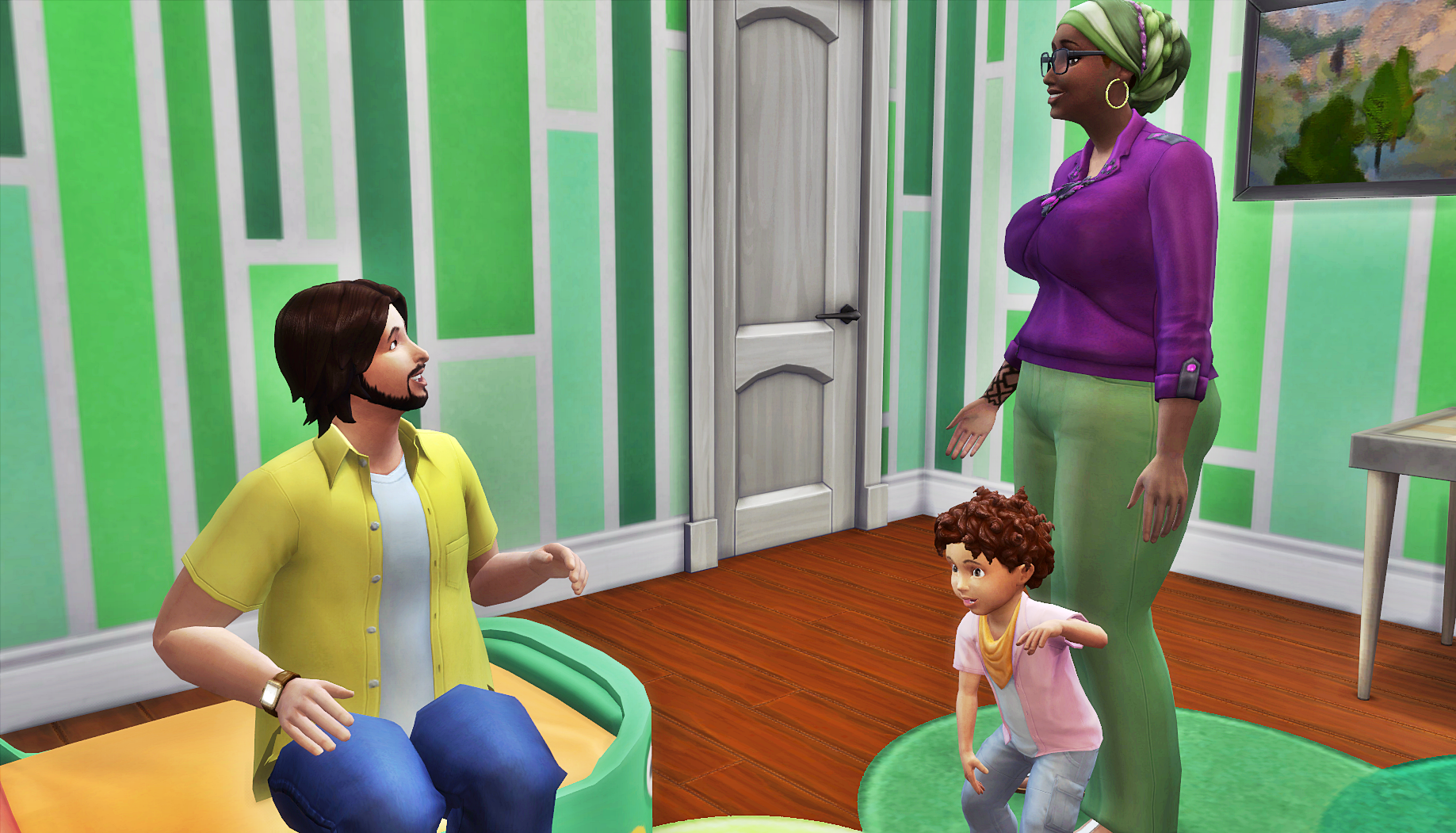 Carmen sat on the bed across from Hugo. “Should we talk about what you said earlier? I mean, it feels like there’s all these double meanings to everything we say.”

“There might be multiple meanings there,” conceded Hugo, “but are you really ready to have that conversation? I feel like it took us so long to get to this spot. All the mistakes we’ve made, it feels like we’re finally at a place where we’re not acting so impulsively. That means any choices we make, we’re making with the full understanding of the consequences.”

“Let’s go into the bathroom,” said Carmen. “I’m not talking about this in front of our son, and that might be the only place with some privacy in this whole house.”

“Even though it’s twice the size now? I was wondering what you’d do with the child support,” said Hugo. “I think you made the right choice to give the family some more room. Though maybe next time make the rooms feel more like you? But you’re right, let’s go talk in the bathroom.” 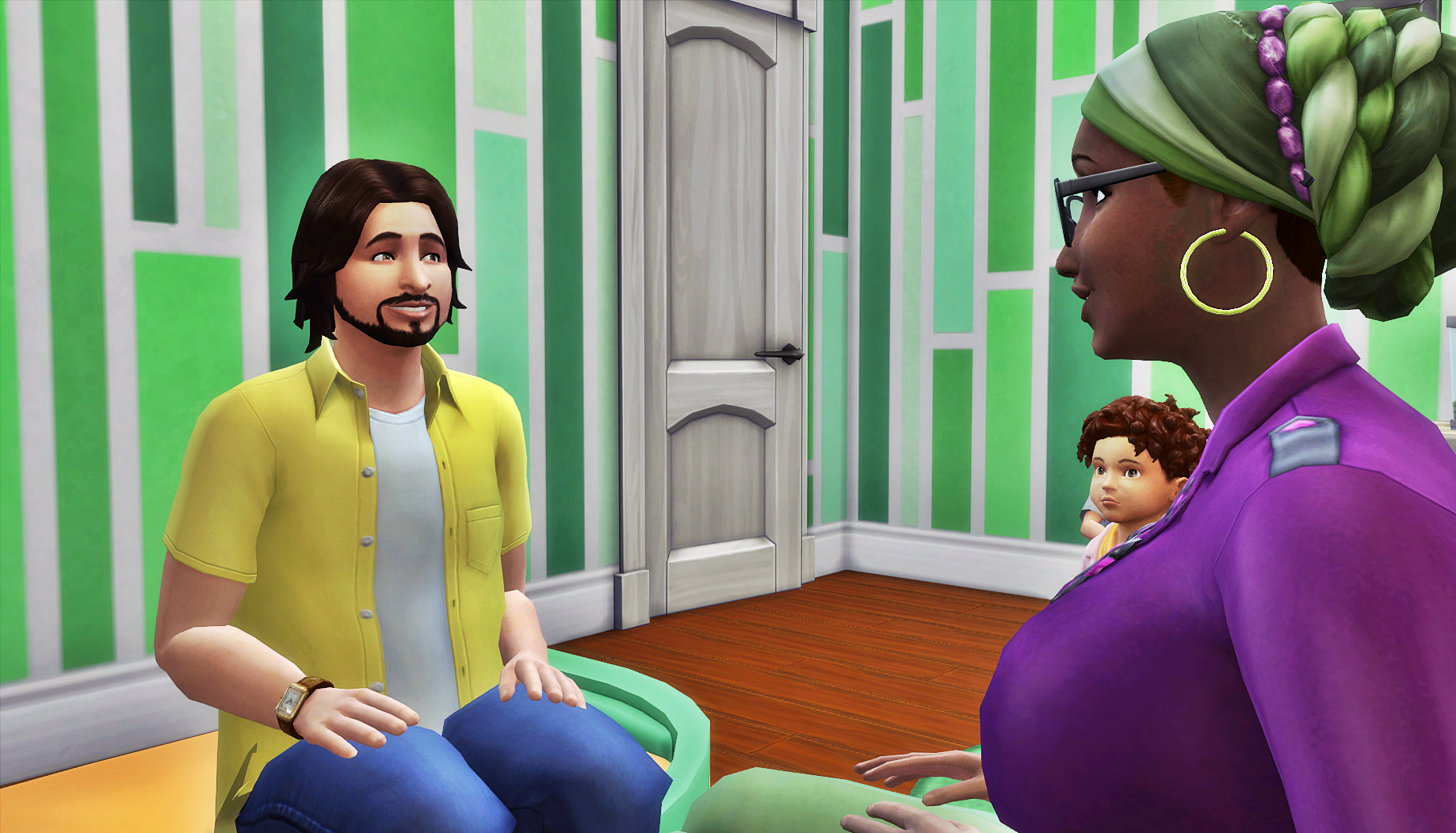 They walked to the bathroom, and Hugo started talking. “Carmen, you know I love you. I loved you for a long time. I know you love me too. If you gave me the word right now, I’d go home, pack my bags and ask for a divorce.”

“Just jumping right in, are we? Heh, okay… Hugo, I love you too,” said Carmen, “way more than I thought possible after everything we’ve been through. But I can’t ask you to leave your wife. You made a commitment. I feel like I missed my chance when I turned down  your proposal and I’m going to have to just live with that. I had no way of knowing the type of man you’d turn into, and maybe if I had’ve known…”

“You know we can’t live in the past,” said Hugo. “I’m here right now, in front of you, telling you I never loved Imane and I never will. I was hasty and so worried about leaving all my kids without a father in a home. I would miss Anya if I left, but I’d probably visit her like how I visit the boys now.” 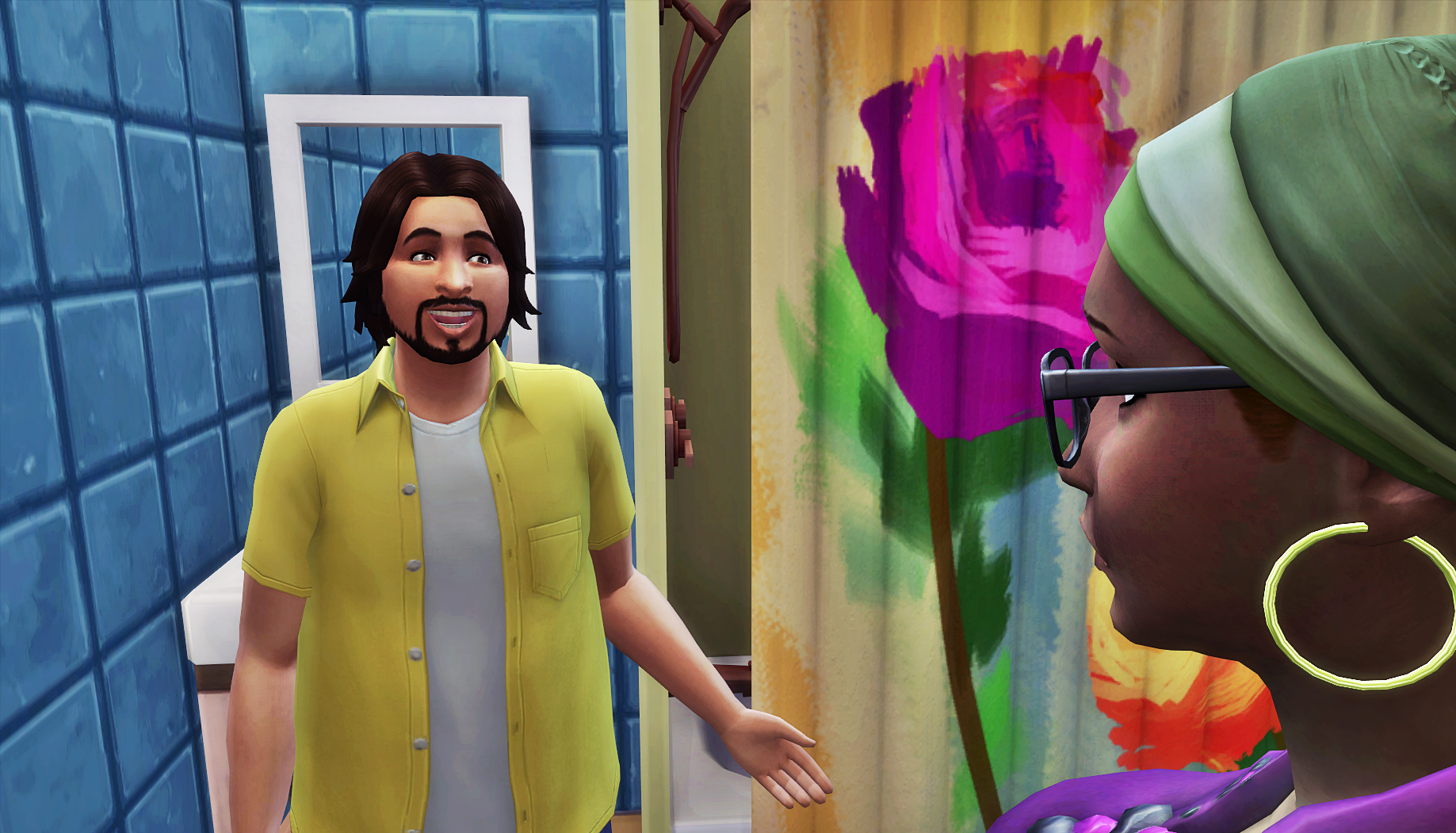 “Oh really? So you want me and your wife to swap positions? There’s no way I’m signing up for being here and wondering when you’re coming home while you’re off visiting your other family,” said Carmen.

“That’s not what would happen! I come for the boys, but I stay because of you. Okay,” said Hugo with a sigh, “all cards on the table. Imane and I haven’t been together, in that way, you know, woohoo, since just before Imane’s toddler birthday. Once she found out about you, and I admitted to her how much I love you, things changed. She stopped trying to force a relationship with us that was really only built on one night.”

“Because I didn’t want you to think I was just using you for woohoo. As far as Imane is concerned, we’re just together. Do you know how long vampires live?”

“No,” answered Carmen. “I figured it was a long time, but Laurel is really the one who’s well versed in Vampire Lore.”

“It’s a looong ass time,” said Hugo. “When they marry mortal Sims, they hardly ever divorce. If the marriage isn’t going great, they just wait for the Sim to die then move on to their next relationship. If it goes well, eventually the Sim asks to be turned into a vampire too so they can be together forever. At least, that’s what Imane told me. I don’t know any other vampires to verify her story. She’s kept me far from her coven.”

“So she plans to keep you in a loveless marriage for the rest of your life?”

“She doesn’t actually see it that way, no. It’s just a short portion of her life, and it’s worth it to her to give her daughter time with me. Vampires do lots of things out of obligation, so this isn’t some terrible thing to her. It would not be an amicable split if I left her.”

“Wow,” said Carmen. “Why haven’t you told me this before?”

“Believe me, I wanted to,” said Hugo, “this is just the first time you’ve actually seemed open to talking to me about this. I wanted you to know what we were up against in case you decided you actually want to make this thing between us real.”

“This is so heavy,” said Carmen.

“I know,” said Hugo. “How about this? How about I lighten the mood, and sing you a song?”

Carmen snorted and said, “you just told me your vampire wife who doesn’t even love you isn’t going to let you go without a fight, and now you want to serenade me? In my bathroom?”

“Yeah, why not? I promise if you don’t go deaf, it’ll make you feel better.”

“Too late, it’s decided. Mood lightening starting in three, two, one…” Hugo serenaded Carmen with some love song in his father’s native language. She didn’t understand a word he used, but at least for the moment, it distracted her from thinking about how much more complicated things had become. 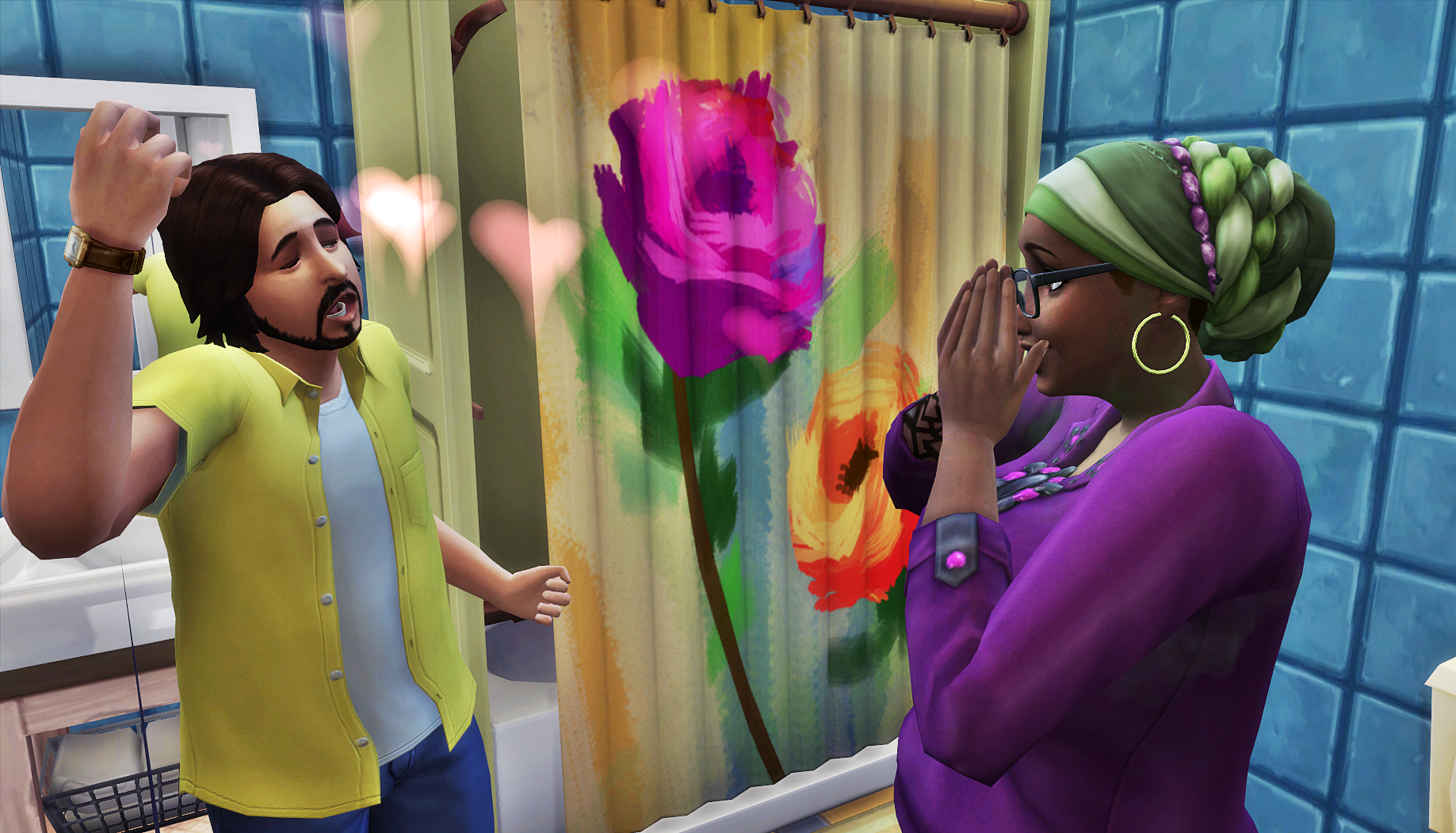