“Yes, son, I know who you are,” replied Jeffrey Butler. Carmen’s father looked at the man who fathered his three grandsons and tried to smile, but a smile wouldn’t come. He understood from Carmen that their relationship was complicated, and that what really mattered was how good a father Hugo was. But Jeffrey hadn’t seen him around yet since arriving to Willow Creek, so he had his doubts about the young man in front of him.

Carmen noticed the two men on her porch from the garden and rushed to join them. “Hugo, I see you’ve met my father.” 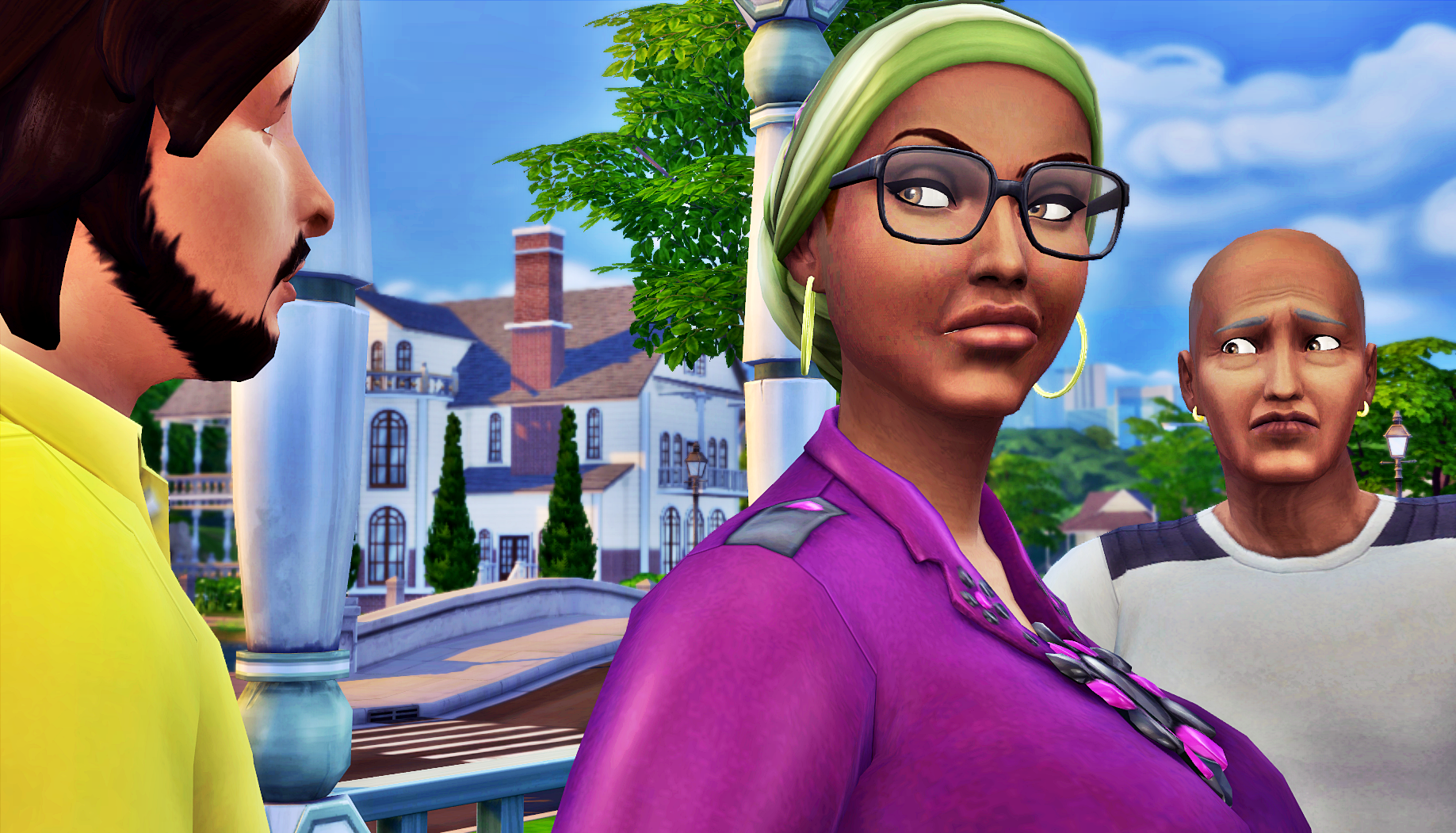 “We don’t need to talk about that right now,” said Carmen. “Your boys miss you, so come on in.” 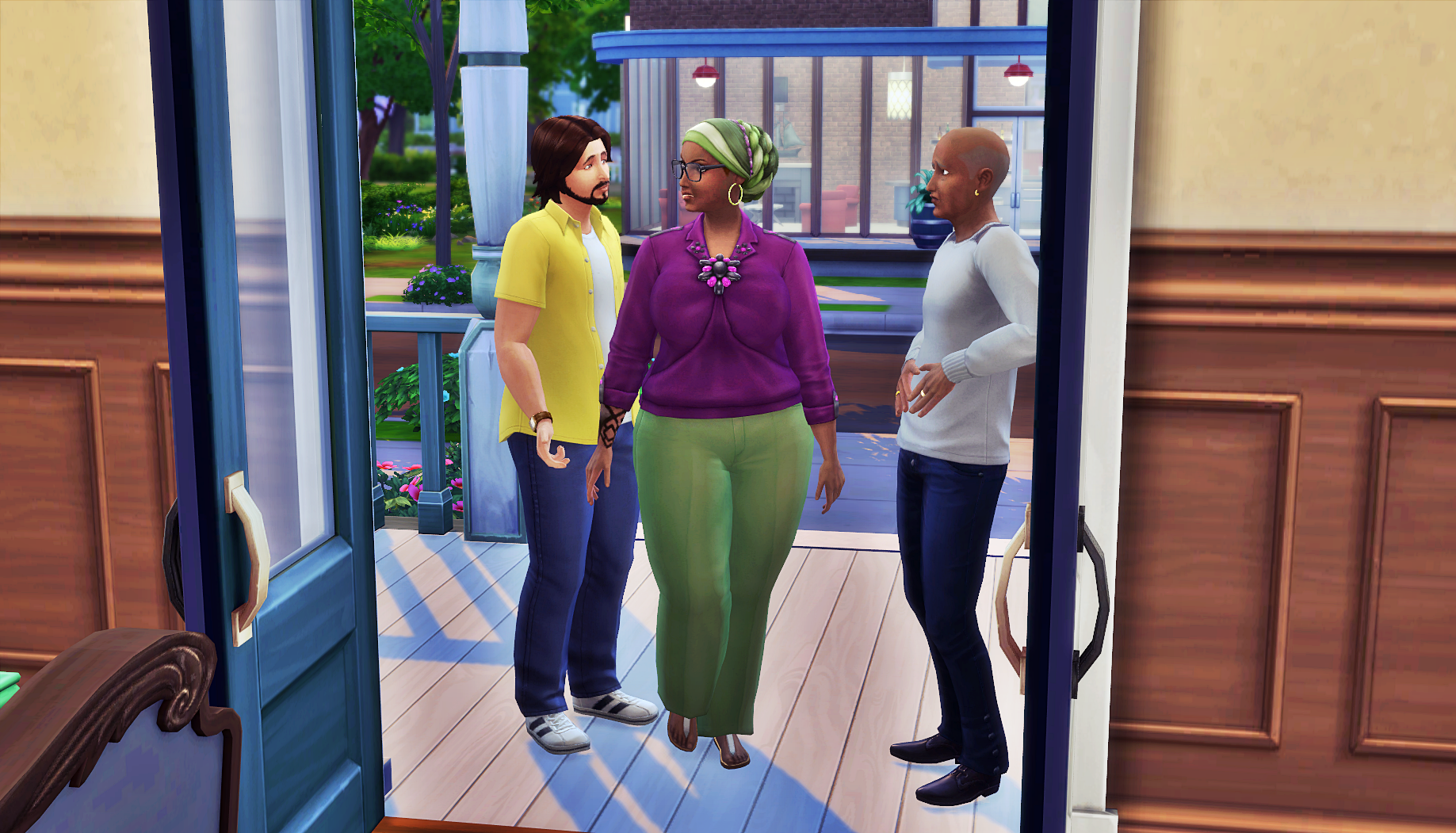 The three of them walked in and sat on the couch. Genevieve was out running errands and wouldn’t be back until later that night. It turned out the boys were down for a nap, but they would be up soon. Carmen wished they were awake already so they could occupy Hugo’s time, but this conversation with her father was unavoidable for the time being.

“So,” began Jeffrey, “where have you been? Carmen told me you came around all the time, but this is the first time I’m seeing you.”

“Daddy, I’m sure Hugo meant to come by, and has just had a lot going on.”

“Mm-hmm, perhaps,” said Jeffrey, “but why don’t we let the the boy answer for himself. Hugo, why have you let so many days go by without seeing your sons?”

Carmen cringed, knowing she only made it worse by interrupting and making her father have to repeat his question. 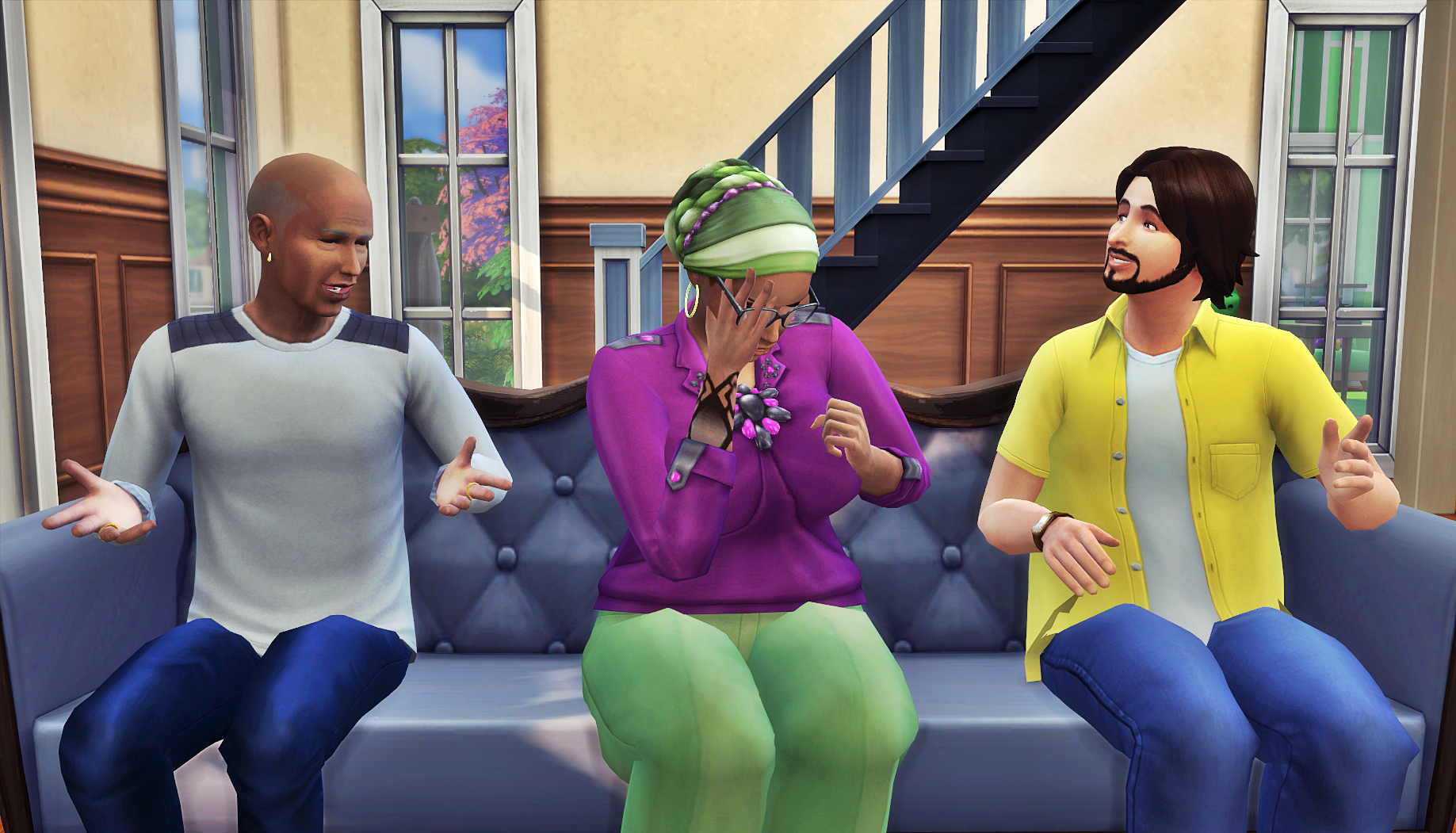 “Well, Mr. Butler,” began Hugo,” you’re right that I let too many days pass without visiting. I don’t have a good excuse, but I do have reasons I can share.”

Carmen turned to Hugo hopefully. She hoped whatever he had to say would make her and her father feel better about his absence. 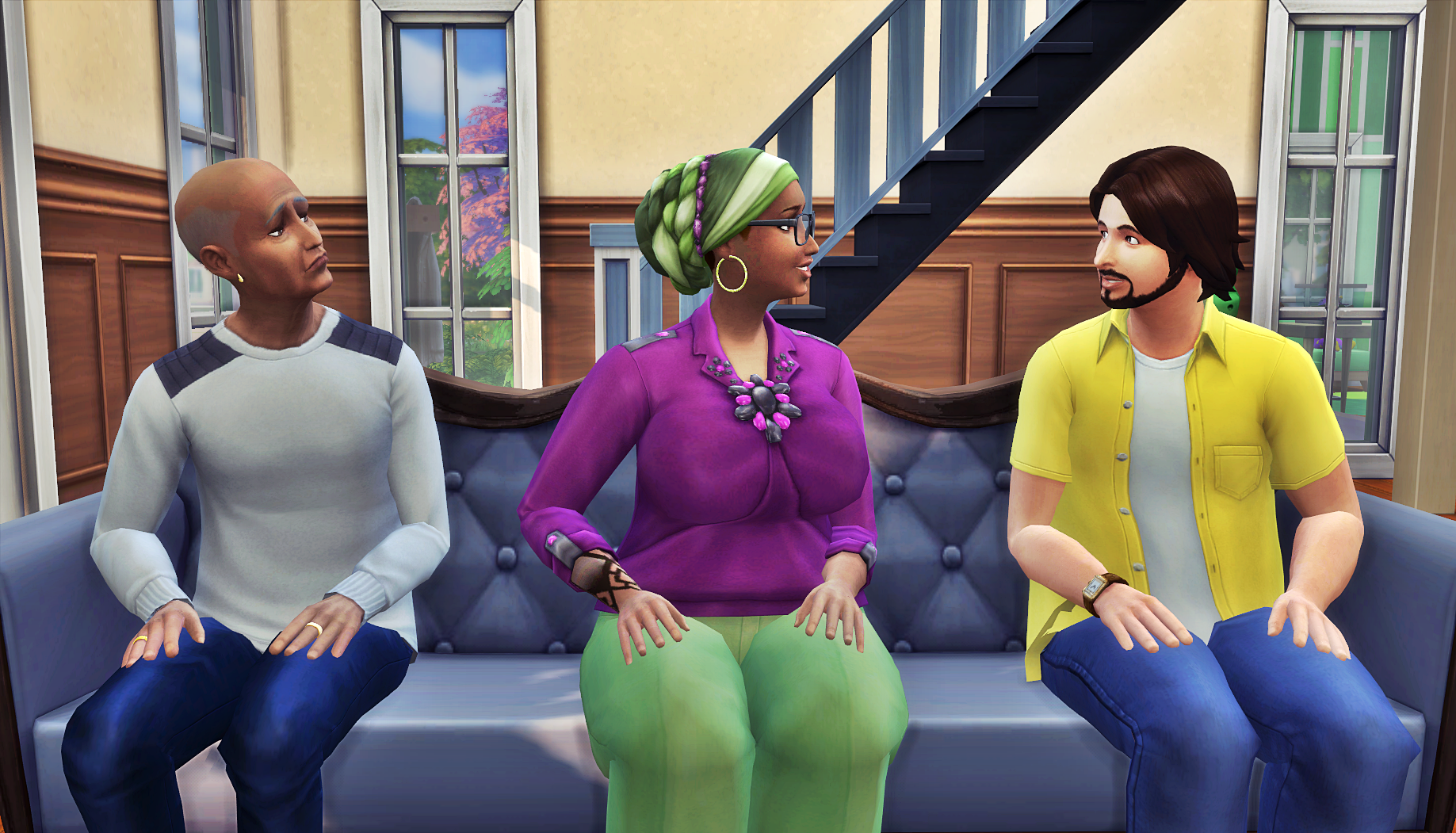 “As I’m sure you know, I have a wife and daughter at home,” said Hugo. “They have… unique needs. The evenings is usually when I come visit Rodrigo, Mauricio, and Marco, but my daughter Anya has been sick. She’s not supposed to be out in the sun, but the babysitter wasn’t watching her and she spent too much time outside. We’ve been nursing her back to health, and I’ve been staying at home with her at night to make sure she doesn’t develop a fear of being outdoors. She’s doing better now. Add to that, my sister Luna and her wife just had another baby.”

Carmen wanted to make sure she heard him correctly. “Luna’s wife had another baby?”

Hugo shook his head no, understanding what Carmen was asking. She was worried he’d fathered yet another baby. “She and her wife used a surrogate, and Luna carried the pregnancy this time. They wanted Cade to have a sibling.” Carmen breathed a sigh of relief and waited for him to finish his story.

“I’m really close with my siblings,” continued Hugo, “so I’ve been spending time with them and the new baby when I wasn’t with my daughter. They live all the way in Forgotten Hollow, and if I came here after going there, it would be after midnight. Like I said, these aren’t excuses, but they are the reasons. I have a very large family, and I know it’s my responsibility to be there for my entire family, not just the ones I live with or grew up with. My boys are just as important to me as the rest of my family, and I’m going to make sure they don’t get the short end of the stick anymore.”

“Wow, you’ve been dealing with a lot, son,” said Jeffrey. “You’re right that you have to figure out a better balance that doesn’t leave out my grandsons, but I’m happy to hear your daughter is doing better. I don’t know how you kids do it. In my day, you married your one person and all your kids were in one house. But who am I to say how you all should live your lives?” 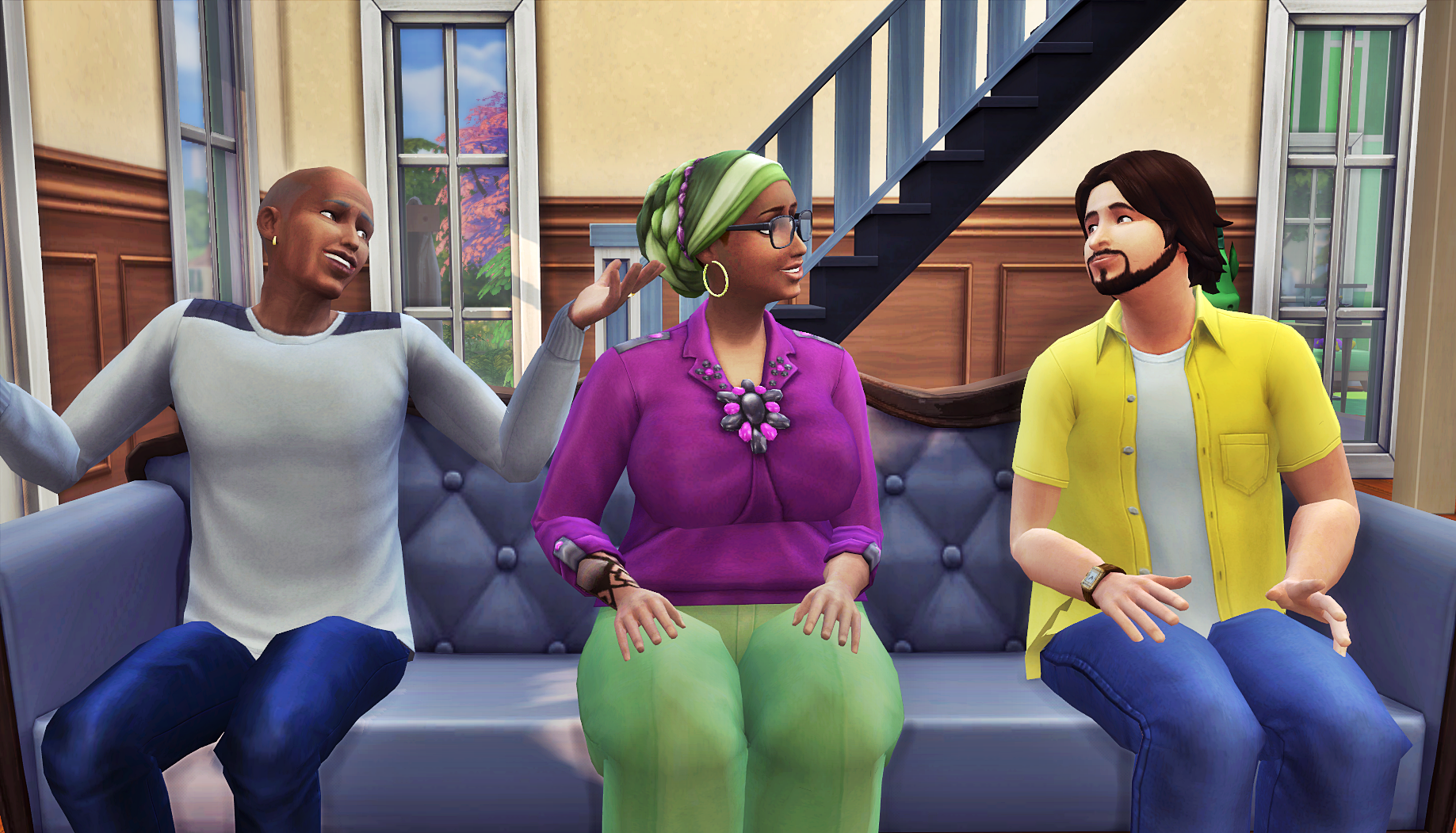 “You have a say, sir,” said Hugo. “This is your family. Carmen always speaks fondly of you and your wife, and I know your opinion matters to her. I know things haven’t turned out the way either of us planned, but just know that I love your daughter very much. You raised an amazing woman, and I understand that now better than ever.”

“You’re right that she’s amazing,” said Jeffrey, “thank you for answering my question in such… detail. You’ve got a lot on your plate, and I suppose time will tell if you get better at balancing it all.”

Jeffrey stood up to go check on the boys, who should’ve been finishing their nap. “Now as far as your marriage and your love for my daughter goes, I assume you’re going to start making better choices there as well?”

Hugo couldn’t do anything but smile and shrug. That gesture made Carmen snicker, but wiped the smile off Jeffrey’s face. 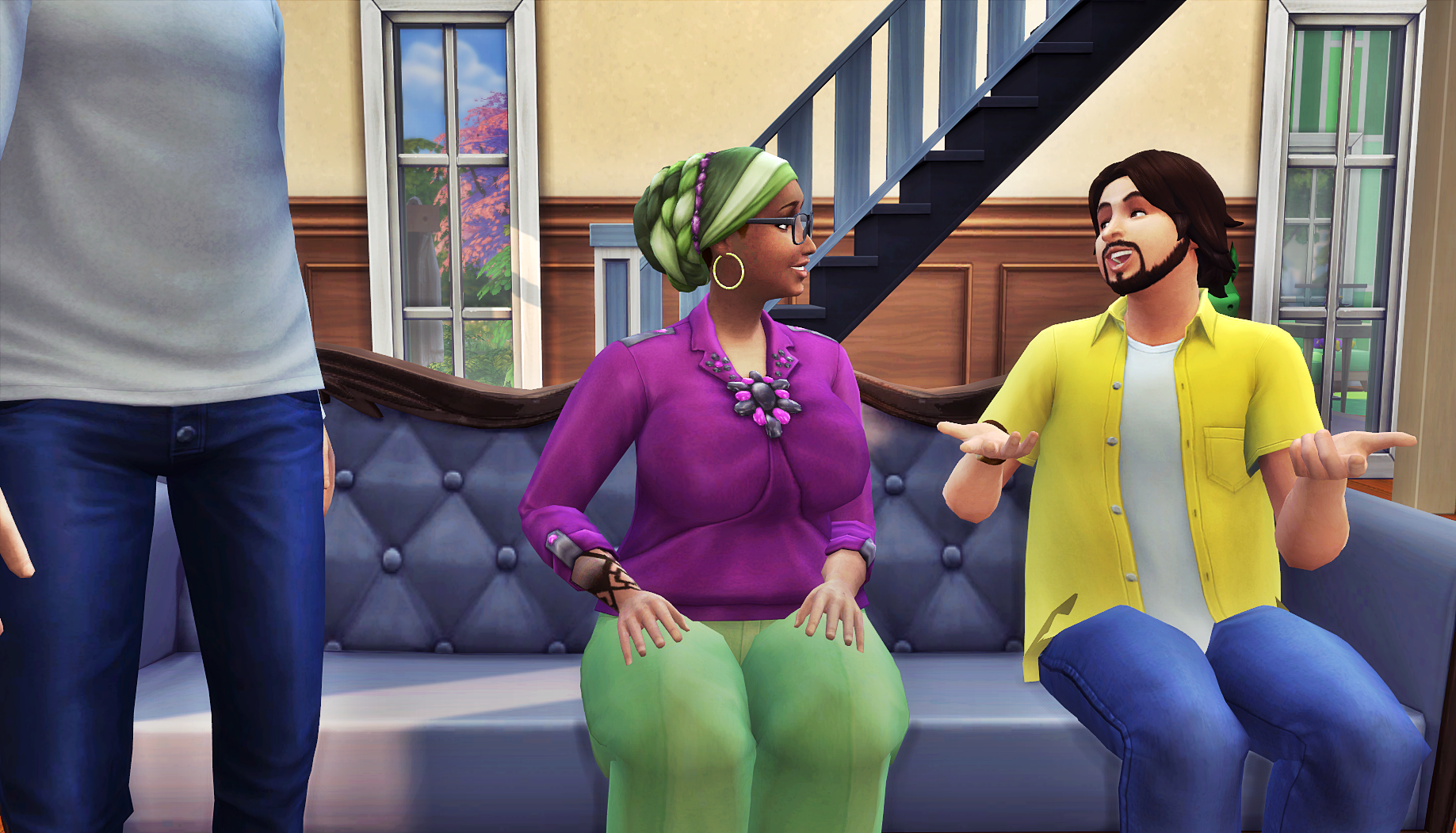 As Jeffrey walked away, Carmen whispered to Hugo, “had a good answer for everything but that, eh?”

“Sorry, but I’m not going to lie to him, and you know the truth isn’t a good option,” said Hugo. “What am I supposed to say? That every time I come over here, I can’t keep my hands off of you, marriage be damned? That the best we can manage is to actually use birth control these days so we don’t end up with more children? That if I didn’t marry Imane on a foolish whim, you’d be my wife, and your bed would never be empty at night like hers is? You think he wanted to hear that?”

Carmen stared at Hugo for a moment, weighing her reply. Ultimately, she said nothing more on the topic. “Let’s go see about the boys, I’m sure Daddy will need help.” 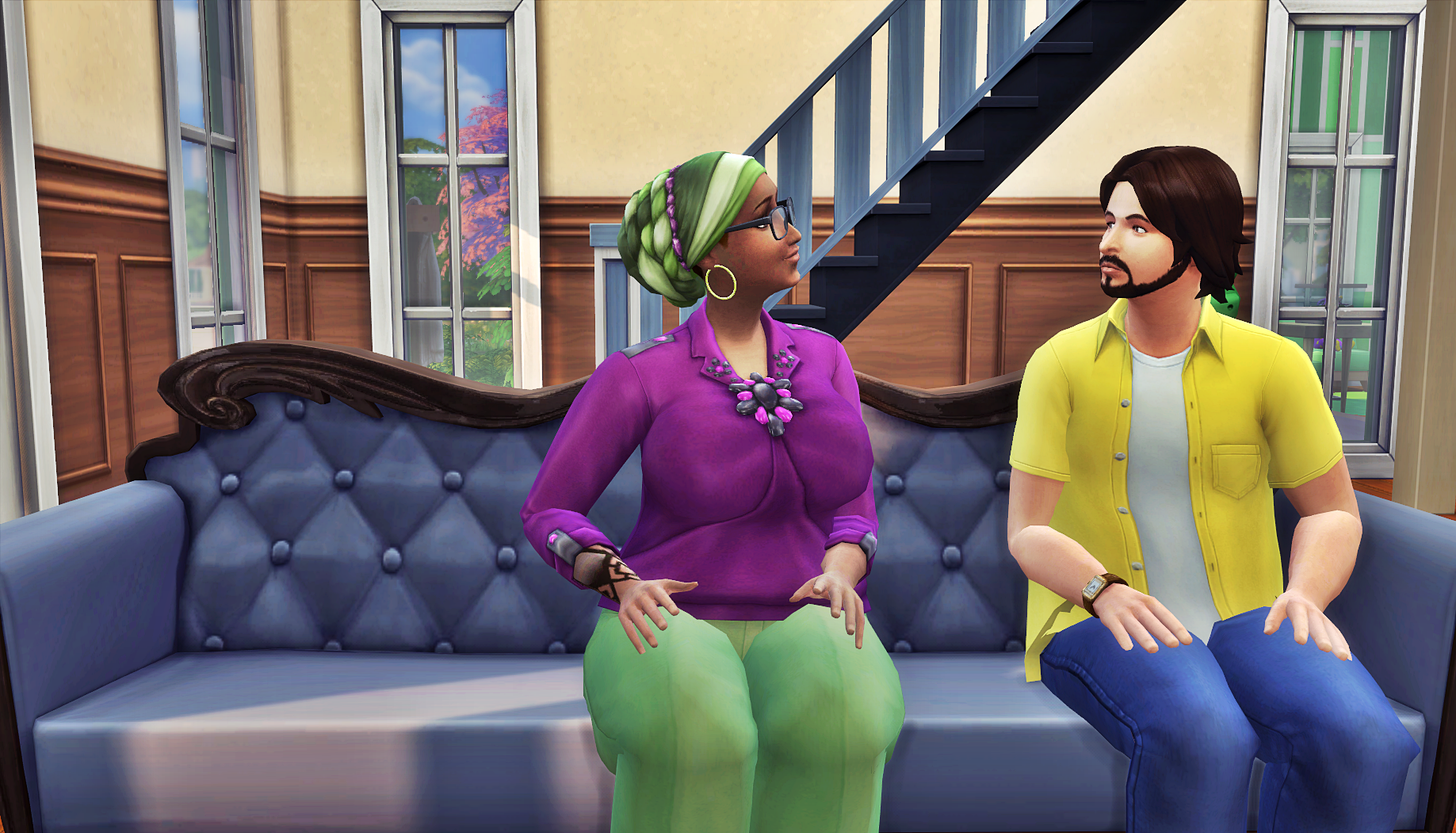