Carmen Butler finally felt like herself again. Something about having her parents in her home made everything alright. All the drama, all the un-wise decisions, none of it weighed on her once they arrived. Her parents Jeffrey and Genevieve could fix any situation. Once their bags were put away in her bedroom and they’d met their grandsons, Carmen literally breathed a sigh of relief. 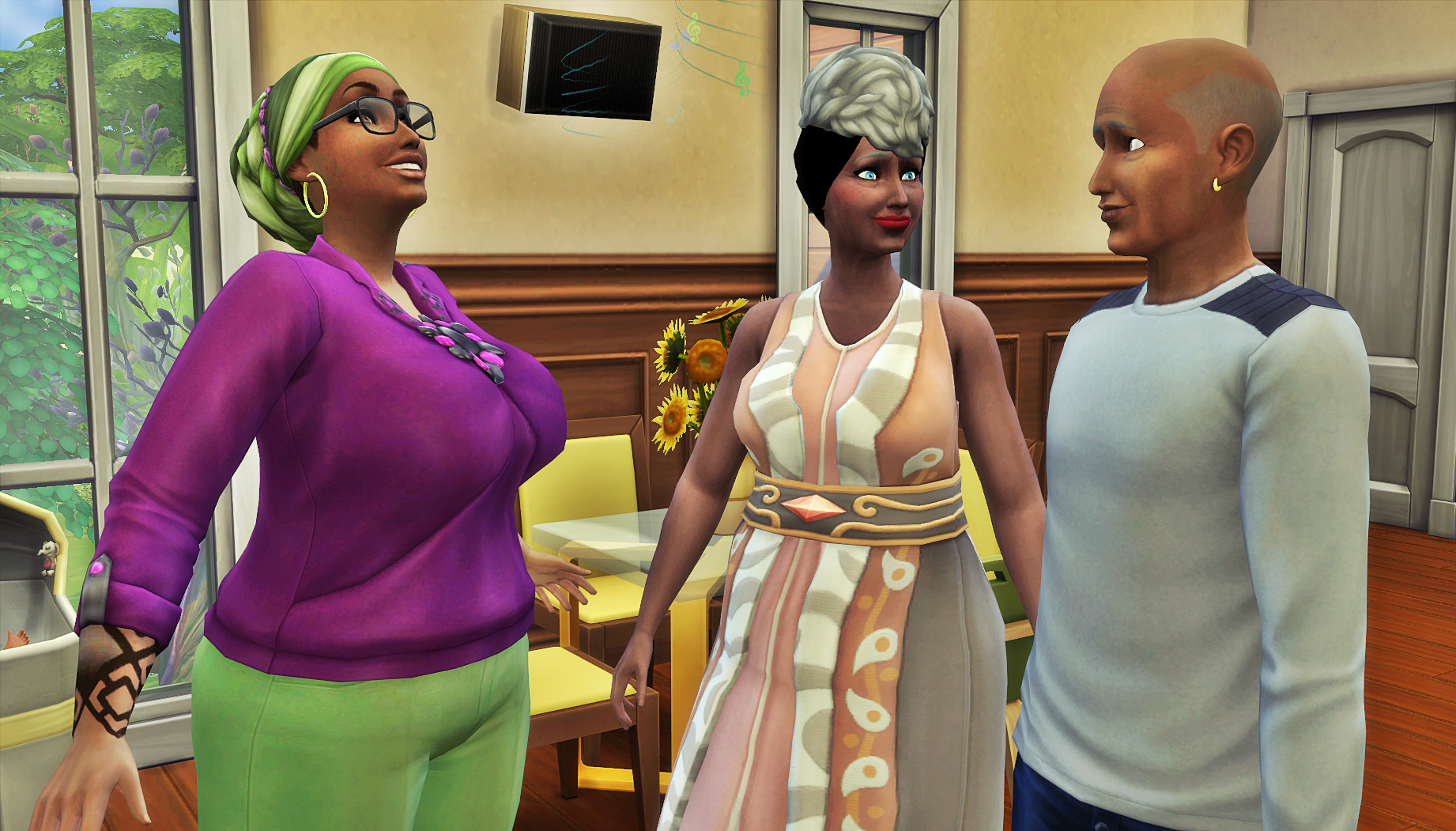 She offered to make them lunch, but before she could get the sentence out, her mother was already in the kitchen warming up leftovers. She went to pick up her oldest son Rodrigo and put him in his high chair so they could sit down to a meal as a family.

She was pleased with how Rodrigo took to his grandparents. He was a friendly child, and he was the first born grandchild, so there was a lot of love to be shared. Before the meal was over, they were all laughing belly-busting laughs. 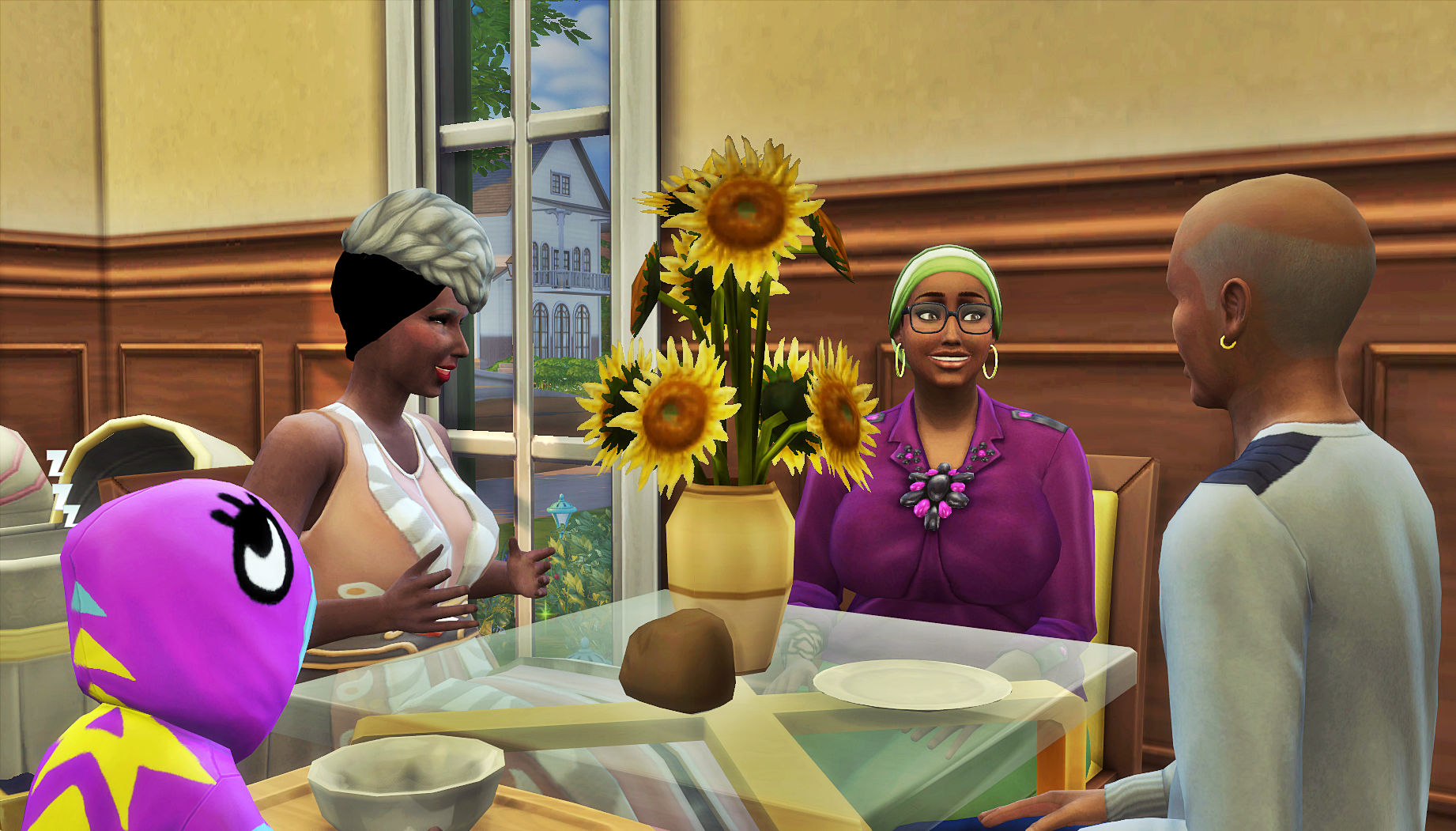 Her parents didn’t put an end date on their visit, for which Carmen was glad. She didn’t mind sleeping on the couch so they could have her bedroom. Carmen had a plan to address her suddenly crowded house. She received child support payments from Hugo, and while she was grateful for them, she really didn’t need the money. She had been saving each payment. The money tripled after she had her twins Mauricio and Marco, and her savings had grown significantly.

She decided to use the money to expand her home. The Willow Creek Courtyard Lane HOA had really strict rules about home renovations. Carmen’s only choice was to expand up and she had to do so in a way that maintained the intended facade of the original home. While she was figuring out the details of the home expansion, on the couch she stayed.

As a Sim, Carmen knew the trick to wrangling toddlers was to make sure they didn’t outnumber you. Having her parents there made all the difference. Her father needed a reminder about which foods to serve toddlers though. He thought it was a good idea to make spaghetti for dinner one day. 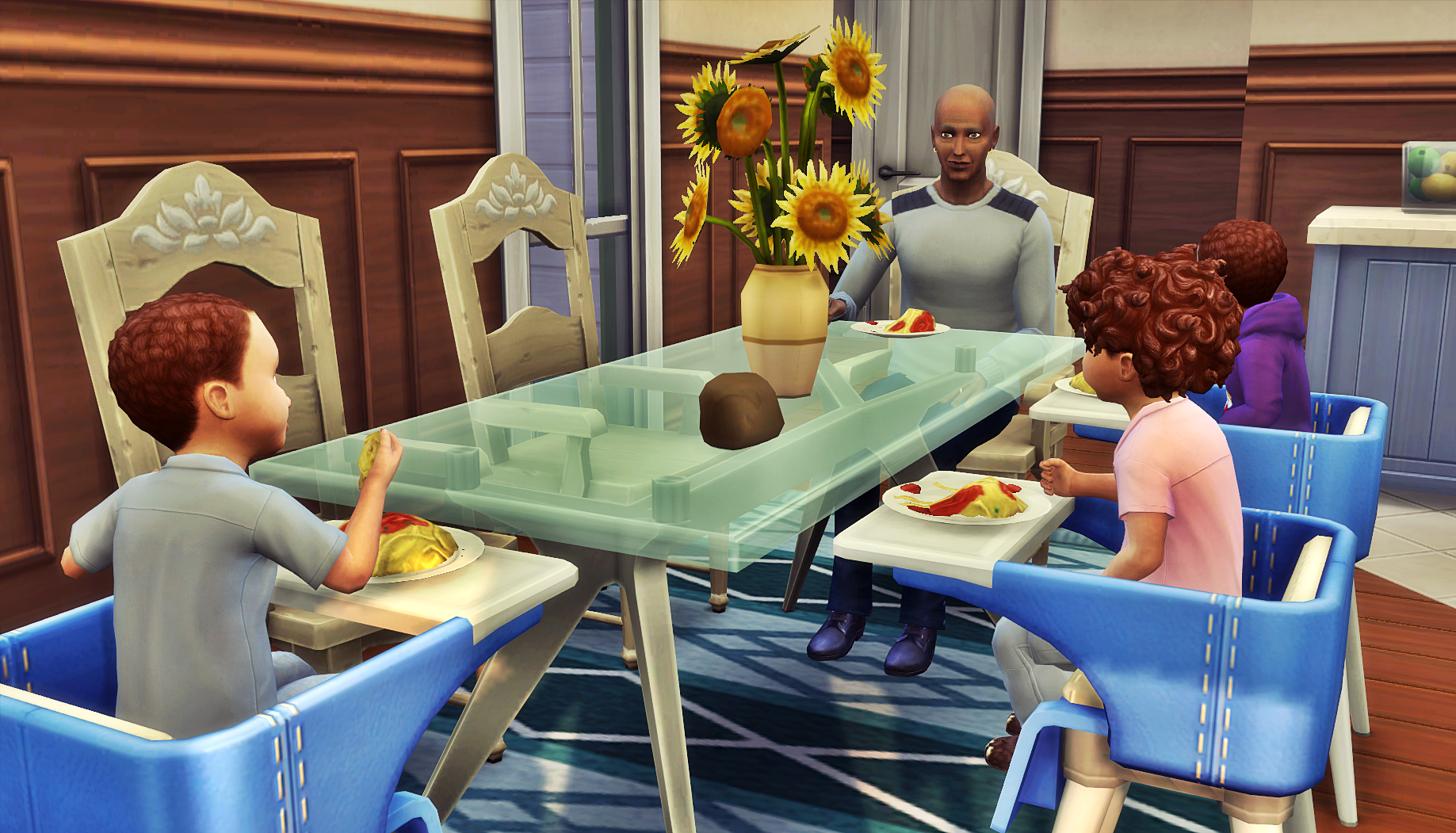 As Carmen grabbed her plate and came to the table, she worried this wouldn’t end well. Mauricio was already playing with his food in his high chair at the head of the table. 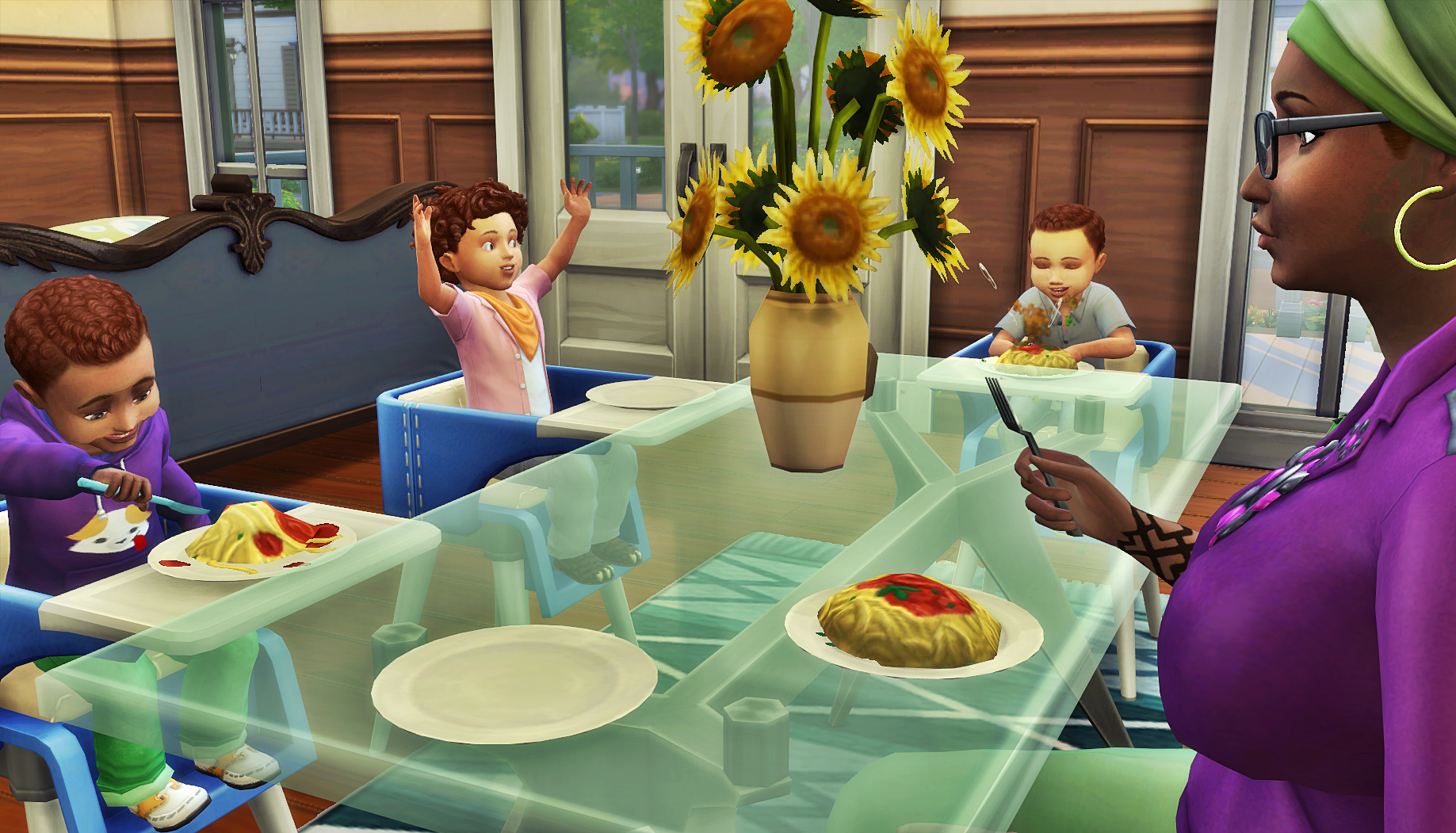 Carmen’s worried were justified. It wasn’t long before– 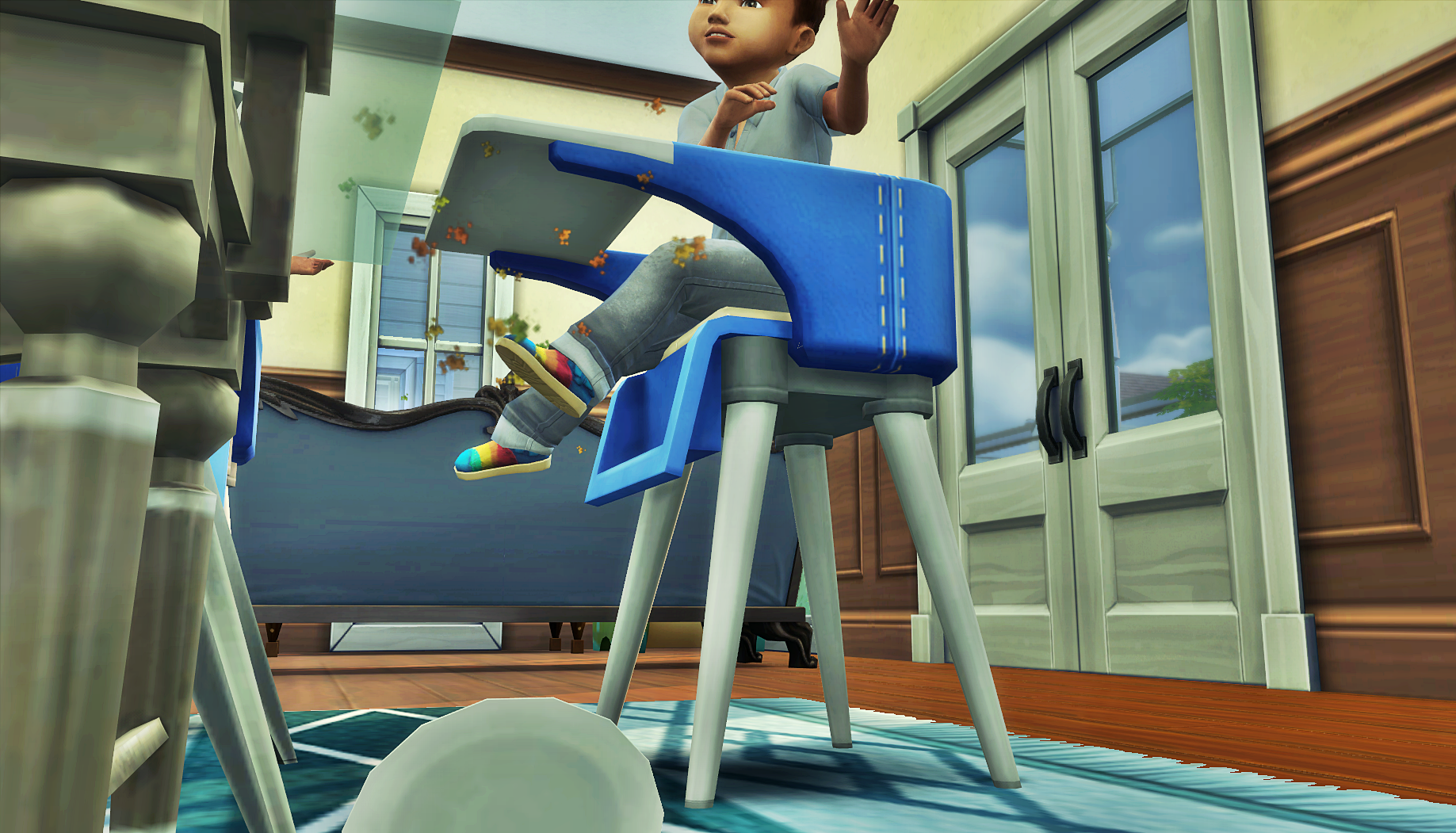 His spaghetti was all over the new rug she’d purchased. Carmen had already made several changes to the house since her parents arrived. There was new kitchen cabinets, a new couch, and the rug that Mauricio had just ruined.

“It was a fine choice when  you were a toddler,” said Carmen’s father Jeffrey. “You never would’ve thrown food on the floor. That child is just being silly, and you let him.”

“Things are different these days,” said Carmen, “I’m trying to encourage my boys to be themselves. And until you all got here, they had me outnumbered, which makes it hard to instill table manners. I’ll put it on my to do list after potty training, home renovations, gardening, and getting my next promotion at work.”

“Things will get easier now that we’re here,” said Jeffrey. “You clear the table, and I’ll make sure all the boys are occupied. Then you can go work in the garden and get some sleep. Genevieve and I will put the boys down.”

“Thanks Daddy,” said Carmen. “I don’t know what I’d do without you all.”

Carmen went to her garden, and Jeffrey did as promised. He got Mauricio settled then realized he didn’t know where Marco went. When he finally found him in the bathroom watching Genevieve give Rodrigo a bath, he thought perhaps Carmen had a point about the difficulty wrangling three boys. 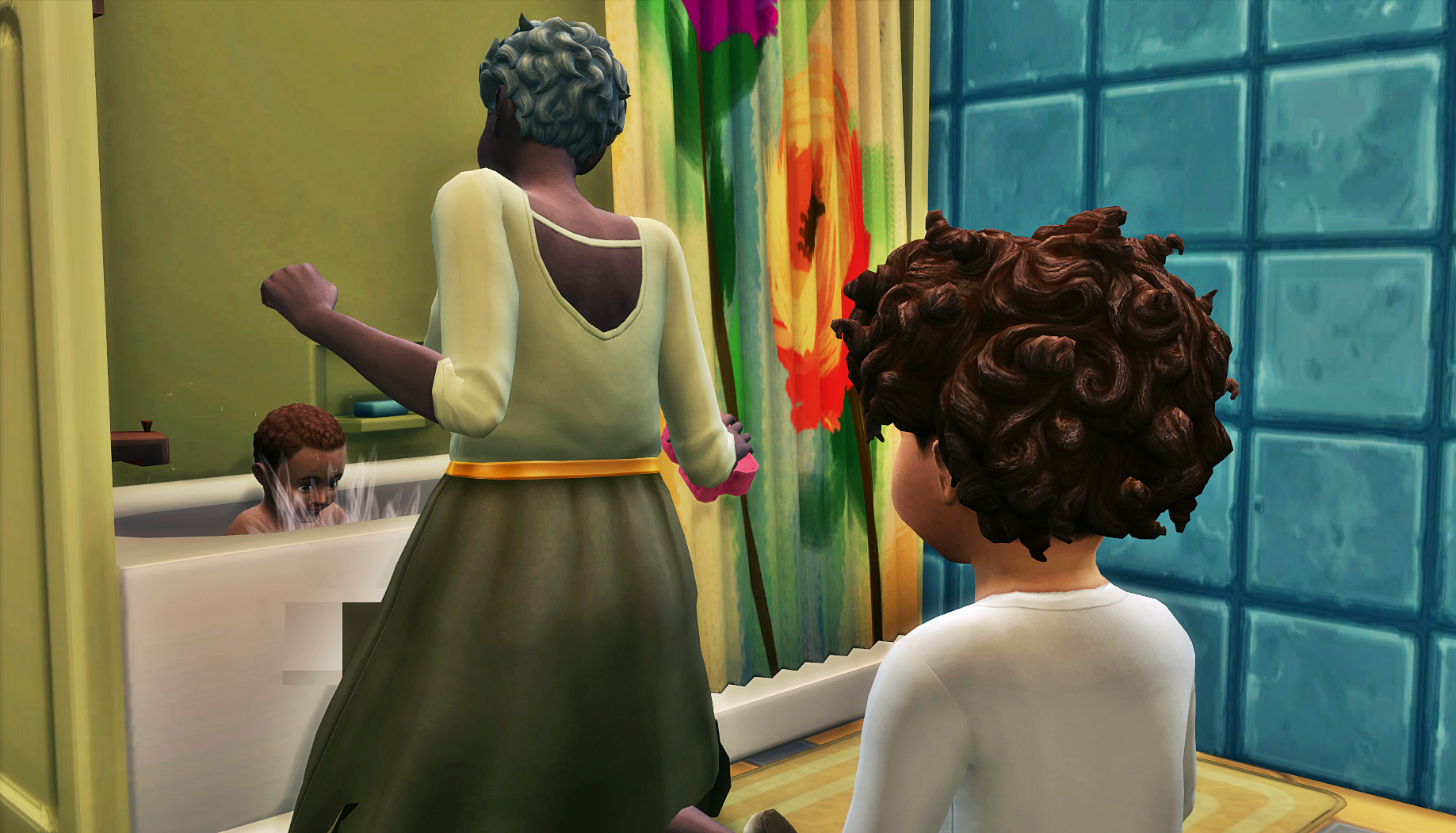 The only time there were two toddlers at the same time in the Butler house is when Carmen and her sister were little. Their son came along later. Jeffrey knew he’d have to keep a closer eye on the boys if he was going to keep him promise to Carmen that things would be easier now that he and his wife were there.

He scooped up Marco and brought him to the couch. They chatted about tablet games and growing up with brothers. Marco’s language skills weren’t as advanced as his older brother’s, so that was pretty much the limit of interesting conversation he could manage. 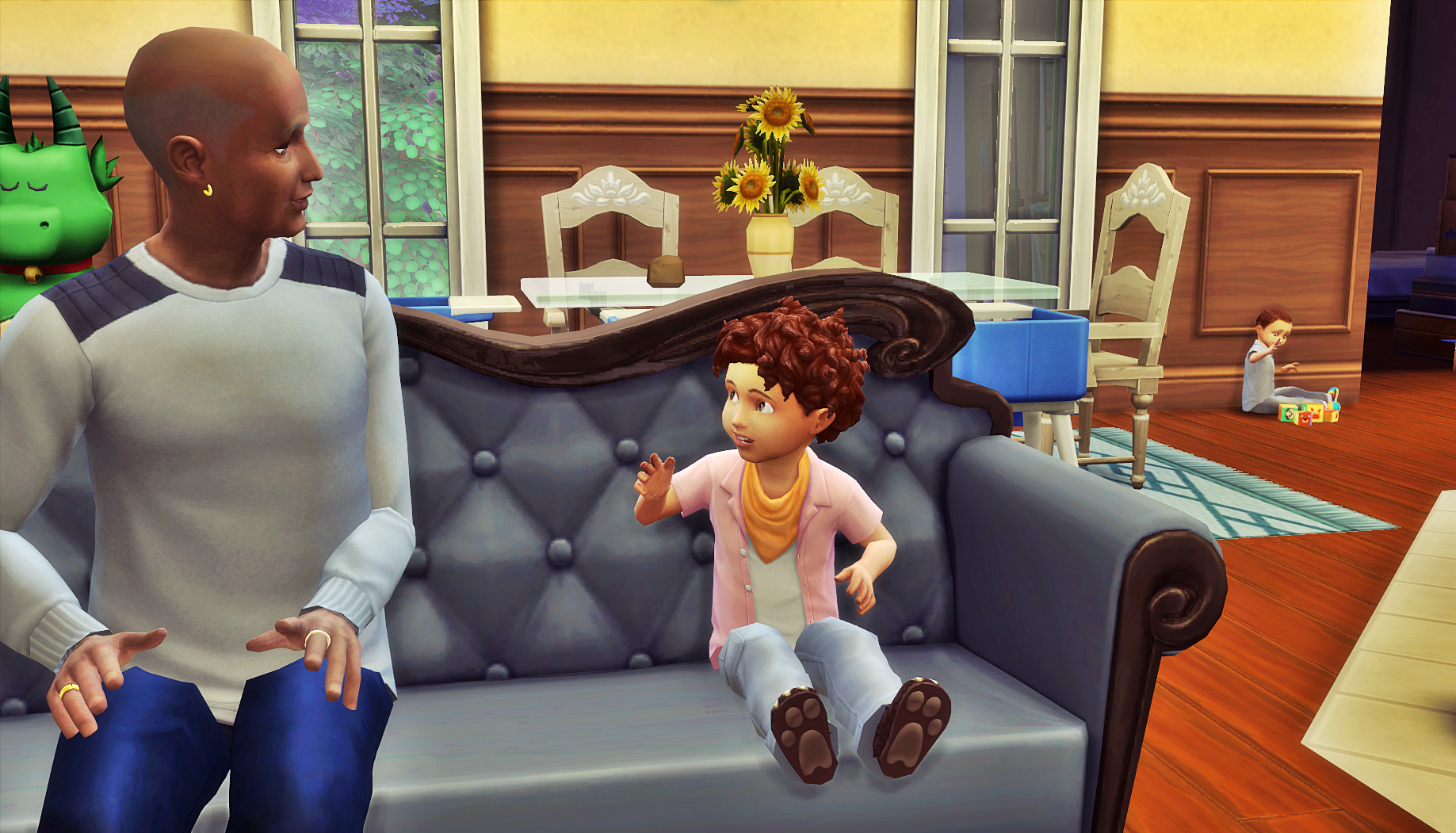 Soon, it was bedtime for everyone in the house. As Carmen settled onto her new couch for another night’s sleep, she thought about how all of her friends used to have or currently had toddlers at home, but none of them had to do it alone.

Since her parents arrived to town, Hugo had been staying away, likely to avoid the inevitable “what the hell are you doing with our daughter” conversation. She missed him, but she had to admit that having her parents around all the time was preferable to having him just a few hours a few days a week, at least when it came to consistent help with the boys.

Carmen hoped Hugo would come by soon. It would be worse if he didn’t. Her parents knew he was married and that things were very complicated, but they still expected him to show up and be a father. Carmen finally drifted off to sleep, brain swirling with thoughts of her blended family. 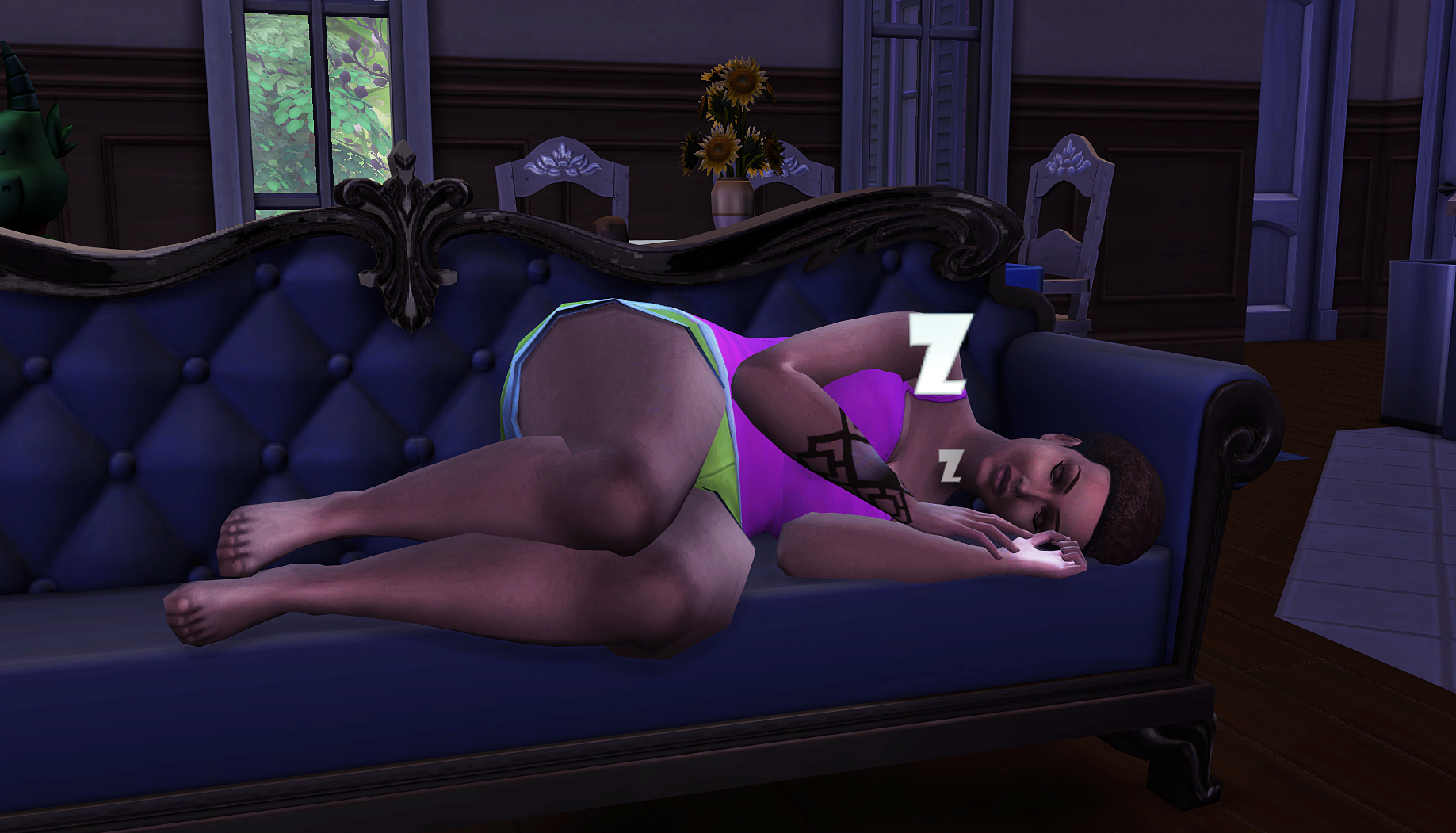