The Ralston-Kibo family didn’t let the difficult visit keep them down. Soon, they were back to their regularly scheduled program. They were working hard to get all three toddlers potty trained. 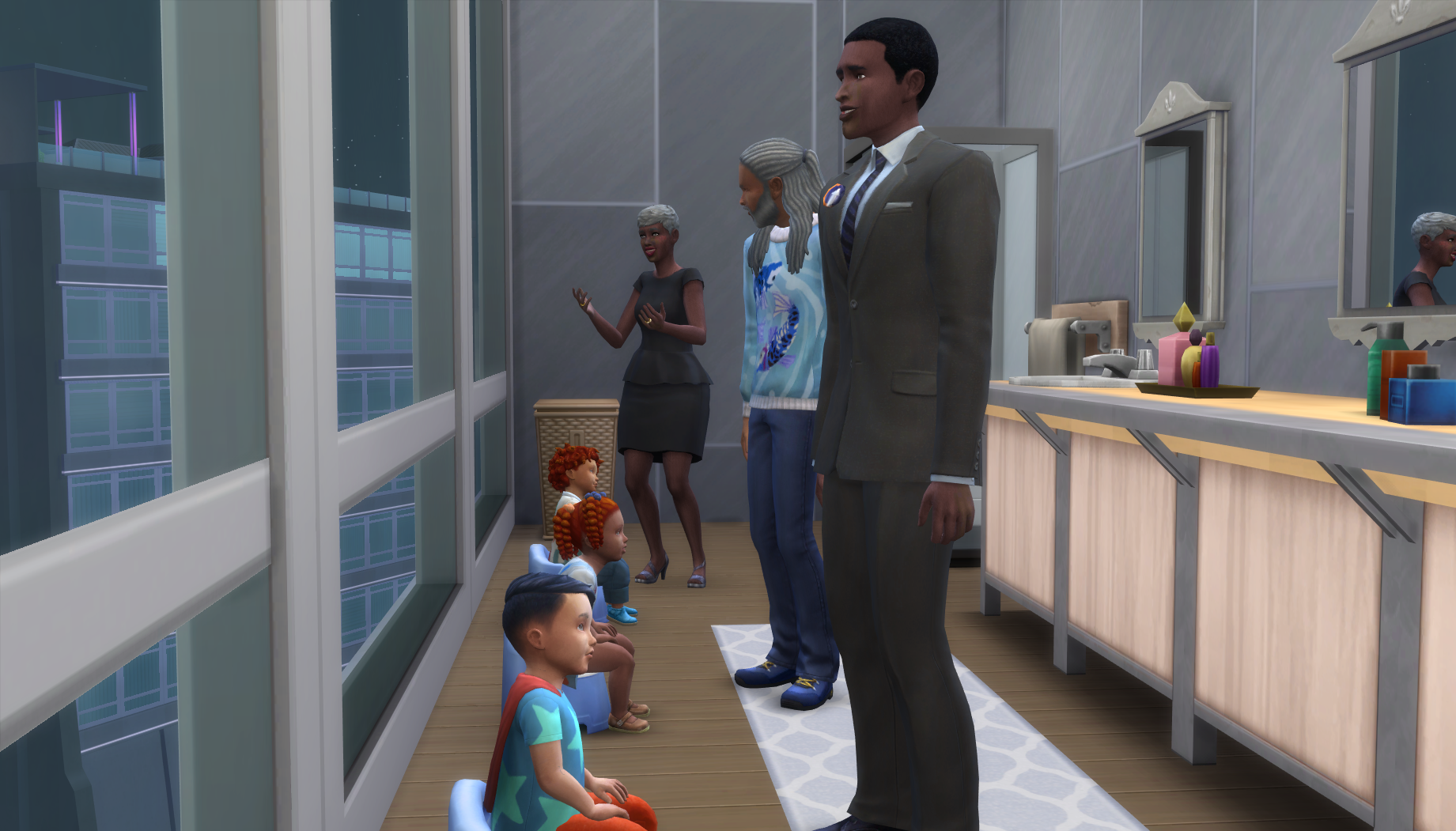 Believe it or not, potty training was one of the easy parts. Meal time could be more complicated. 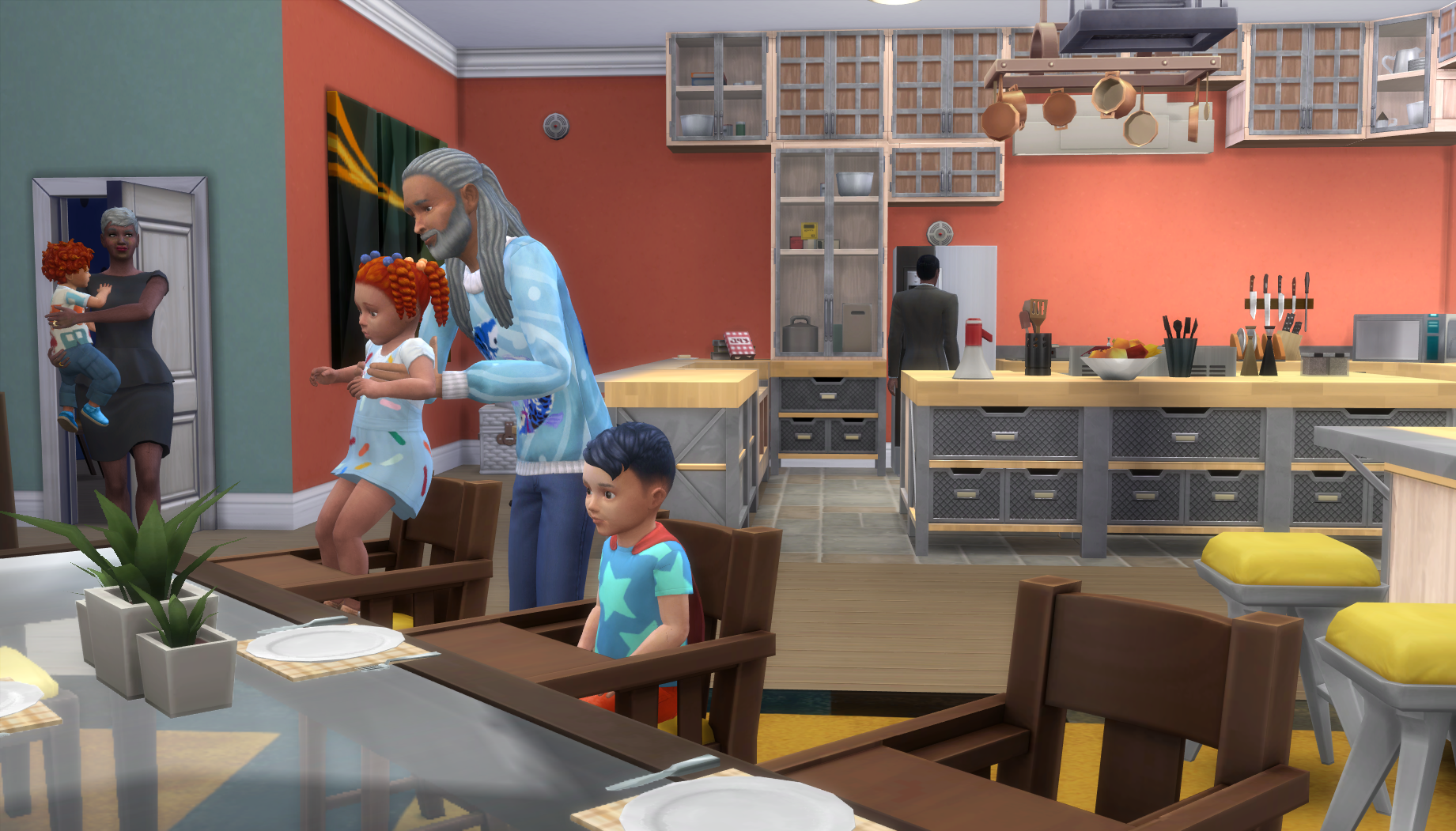 Cristian and Kenya joked with Gavin because he warmed up chicken nuggets for Kai instead of sticking with a simpler option like a sandwich.

“But he loves chicken nuggets! I think it’s worth the couple of extra moments to give him his favorite,” retorted Gavin.

While Gavin was warming up chicken nuggets, Cristian served Wren with yogurt and Kenya served Jamari a sandwich. Jamari, wild child that he was, immediately pushed his sandwich to the floor.

Kenya was no pushover like most grandmothers could be. She immediately gave Jamari a talking to about it before giving him another sandwich. 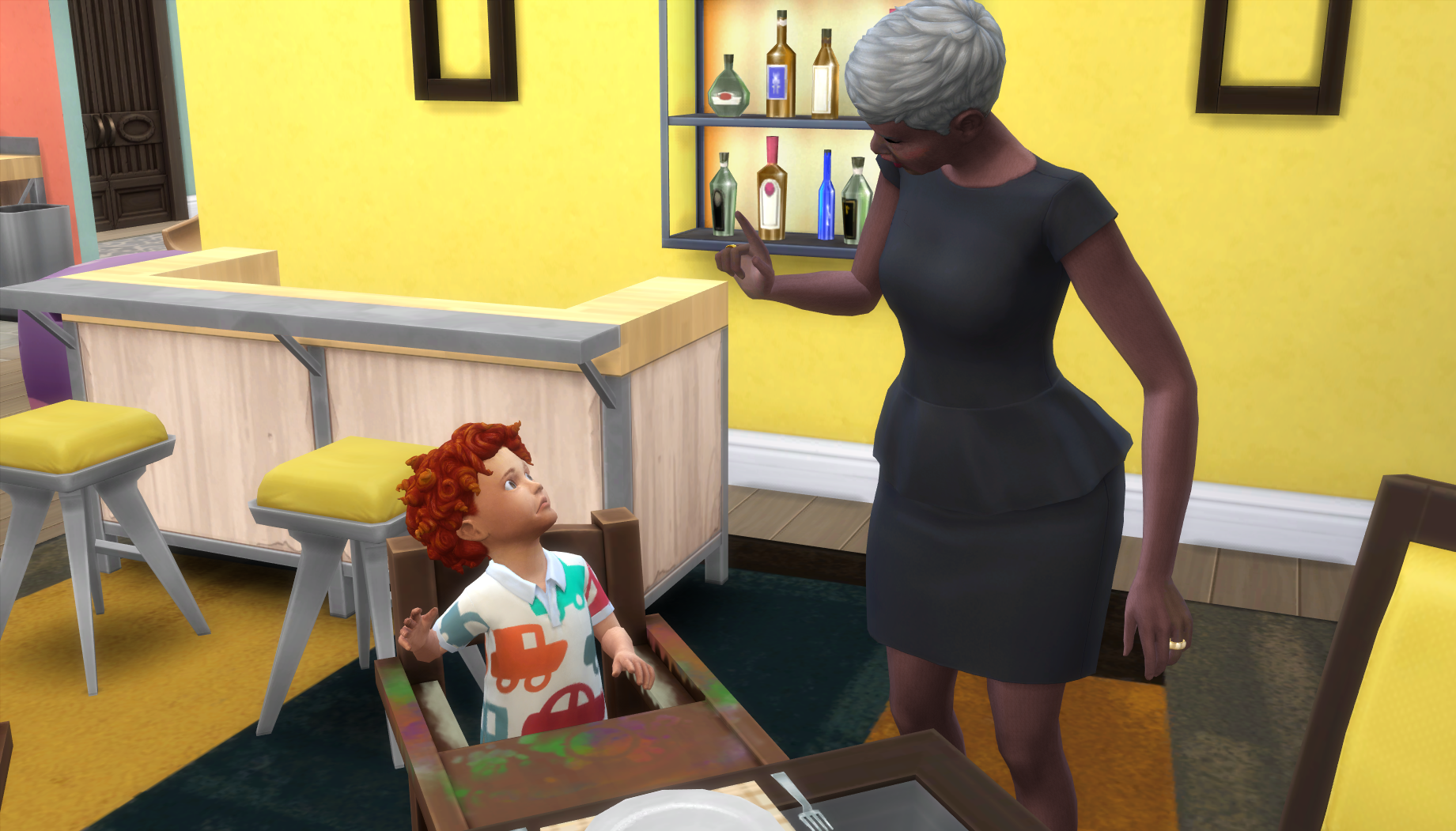 Gavin was still at the microwave as Cristian made his was to the other side of the table. He gave Jamari a talking to as well. Precocious or not, he didn’t want to raise anymore misbehaving little boys. 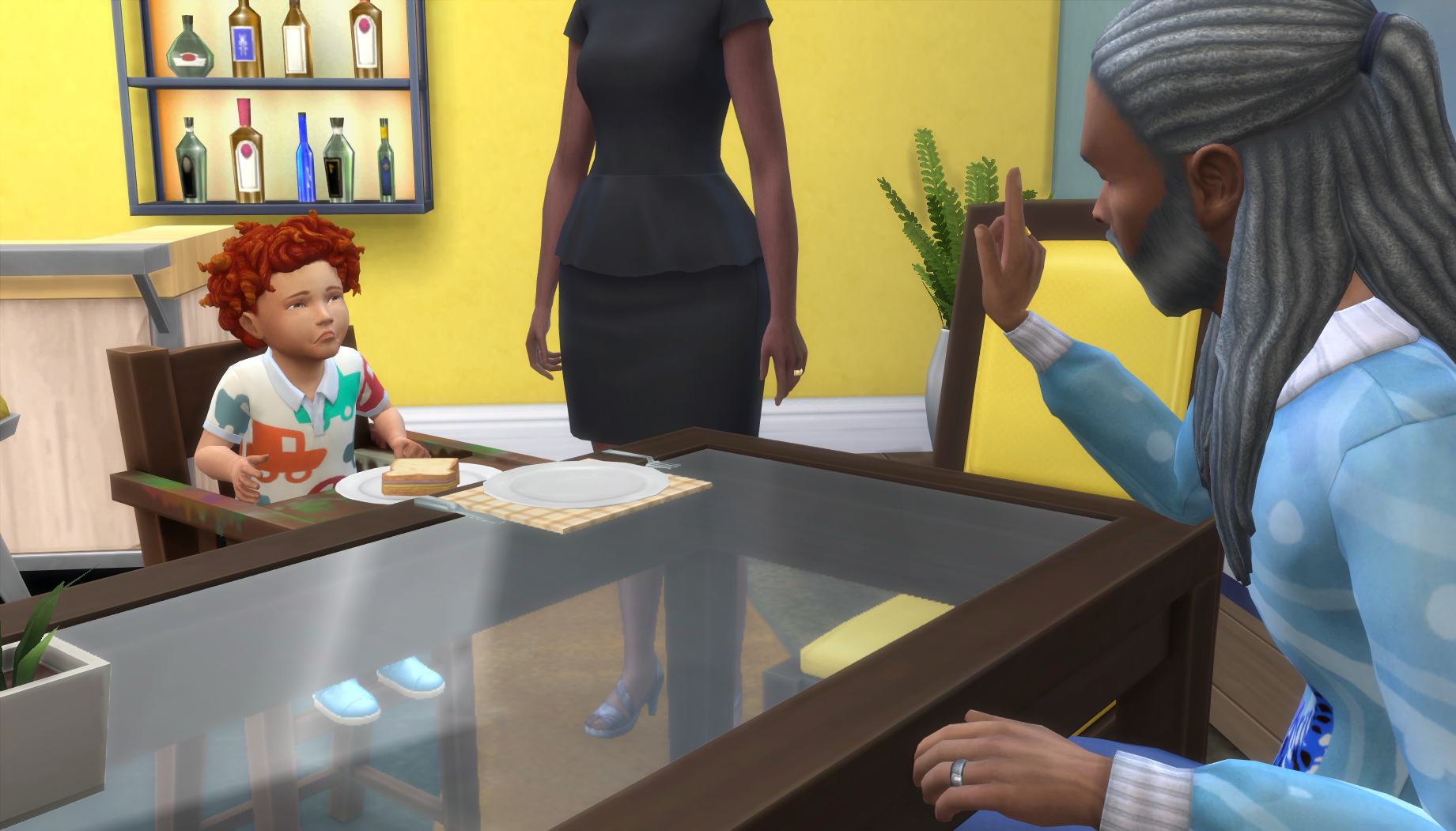 Wren was already done with her yogurt by the time the chicken nuggets were done. 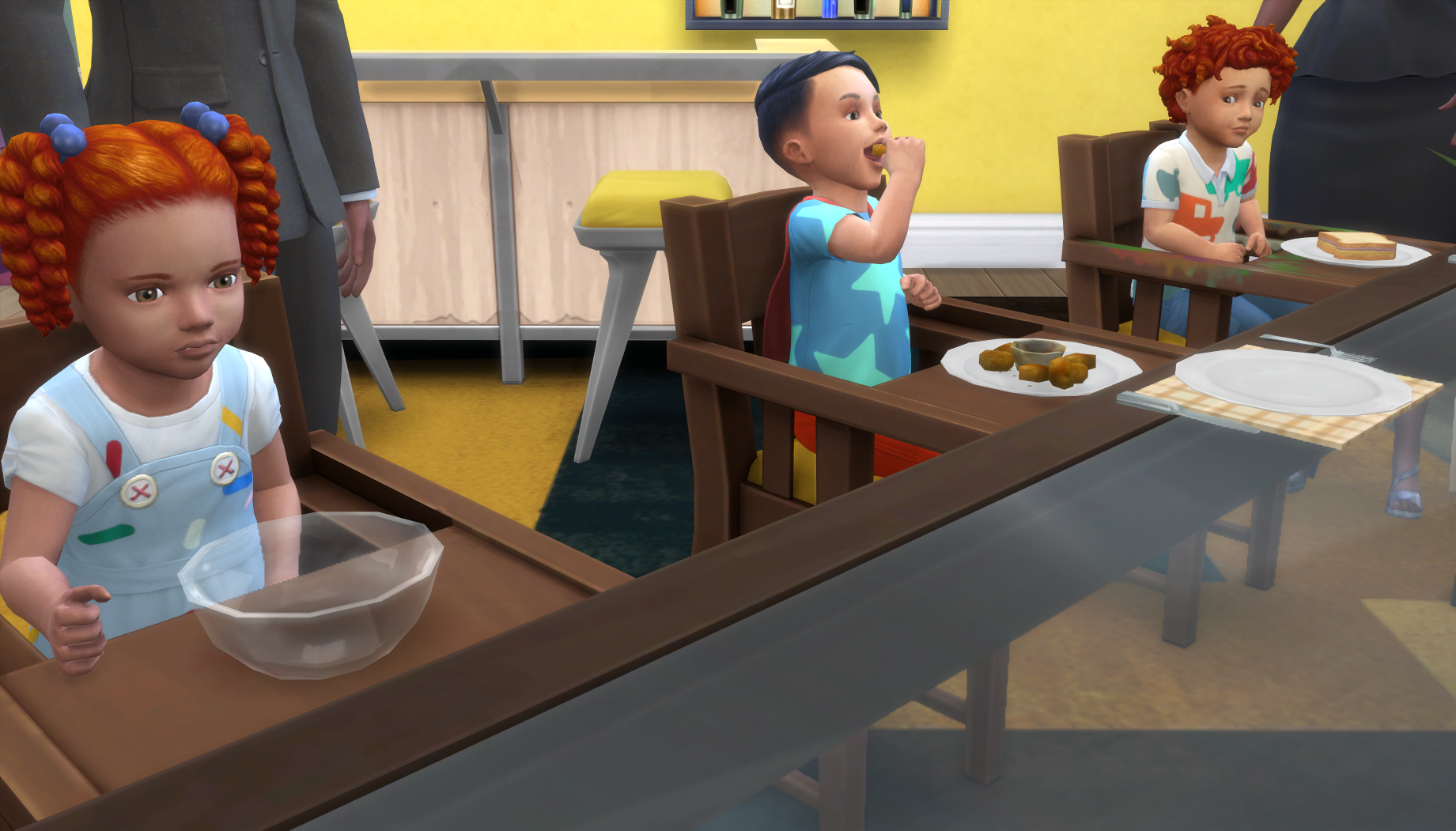 Kenya took Wren away for her bath and to get ready for bed while the boys were still eating. She stopped Gavin from coddling Jamari, who still had his bottom lip poked out. “He’ll be fine, let him be.” 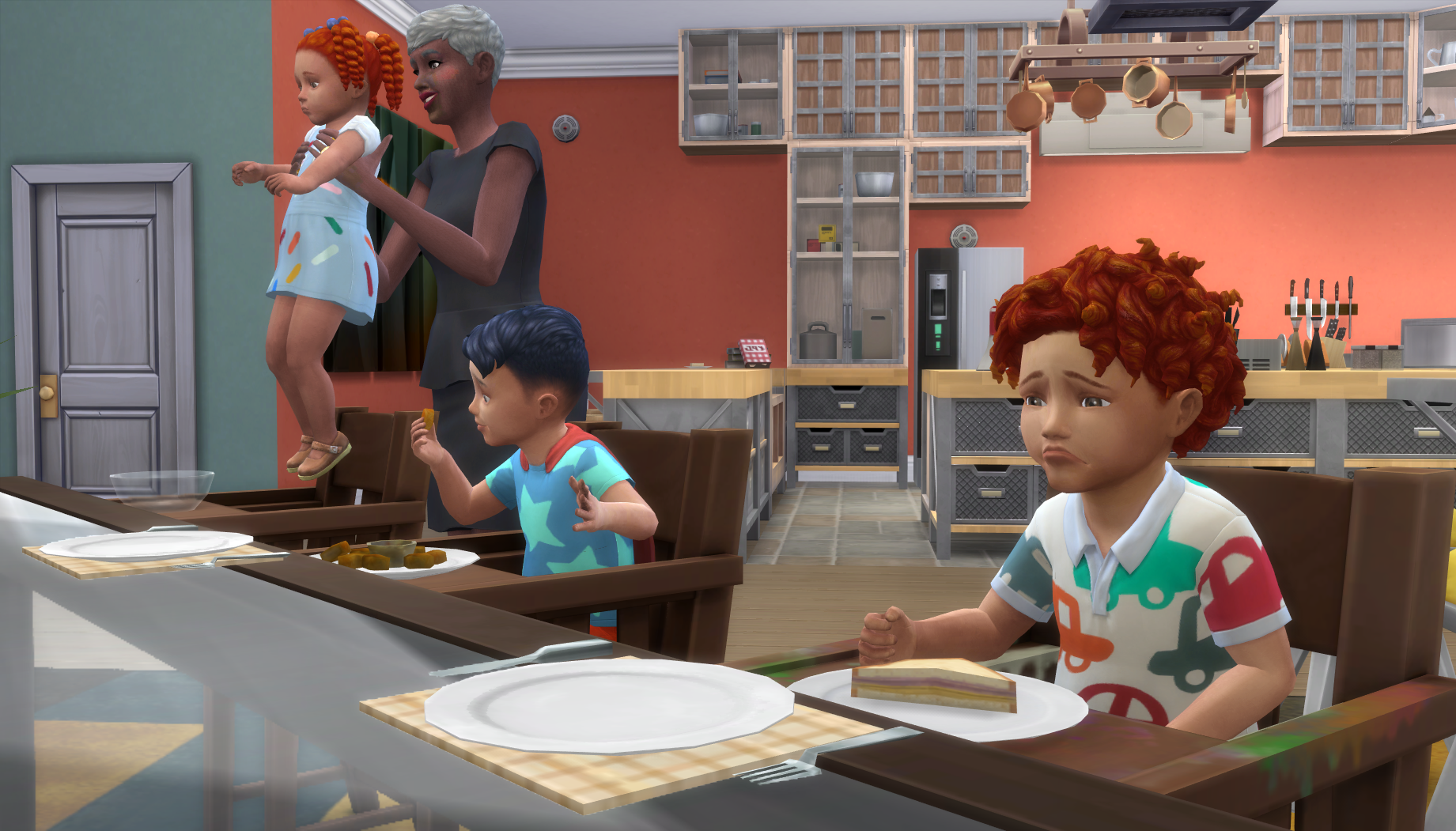 Something about being this big happy family was getting to Gavin and Akira. They said they had no intention of marrying, but before long, they started having those thoughts that all Sims in happy relationships eventually have. 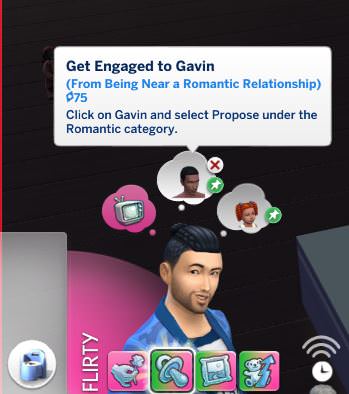 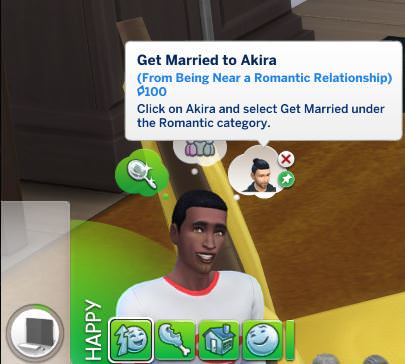 And the family finally found a solution to Kenya’s senseless jealousy of the maid. One of their downstairs neighbors had a nice man working for them. That family didn’t want a daily maid anymore. That coincided with the maid for the Ralston-Kibo family wanting to work less to spend more time with her family. After a quick interview, the families and maids agreed to do a swap. So far, it was working out much better for everyone. 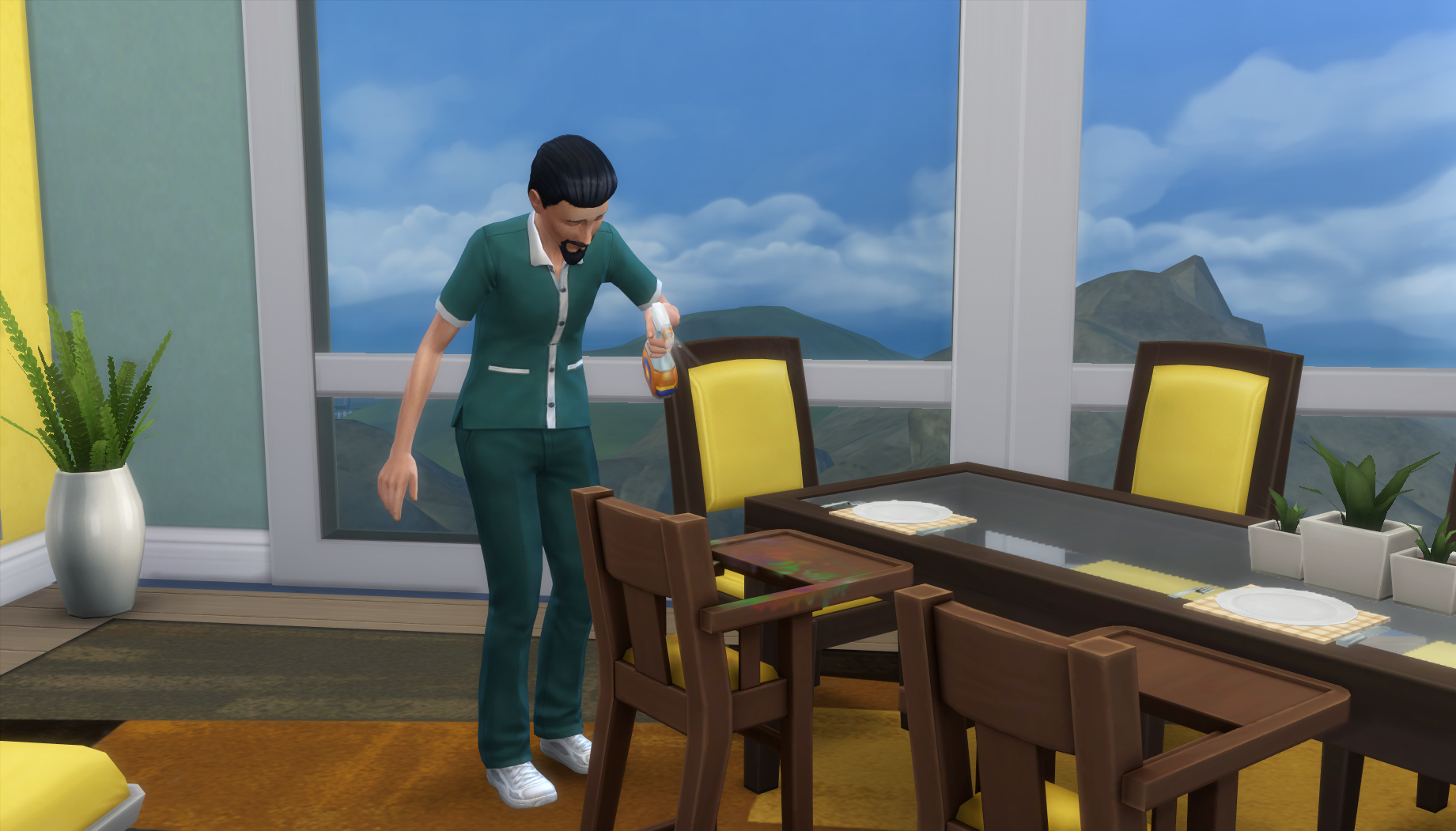 Even with four adults to take care of the toddlers, they were still a handful. Wild Jamari would disrobe just because he felt like it. And even angelic Kai would fuss if he was left in his high chair too long. 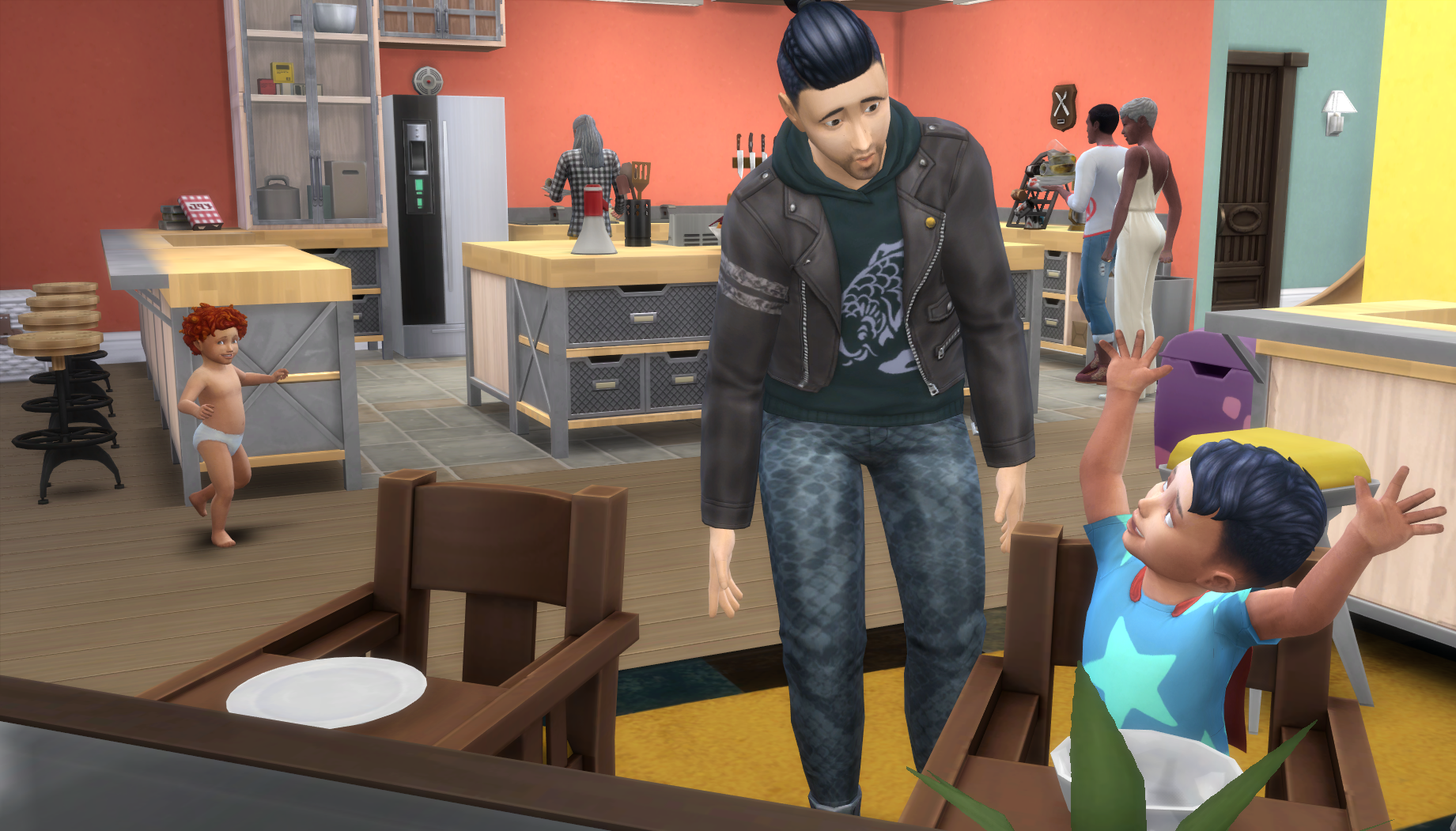 The days, like today, when everyone was off for part of the day, were the easiest. When the toddlers were outnumbered, those hours went well. One such evening, Baby Branham came for a visit. He stopped in his tracks when he saw Wren. “Wow! put on some glasses and she looks like she could be the twin of my Luz. Your surrogate must’ve been beautiful!” 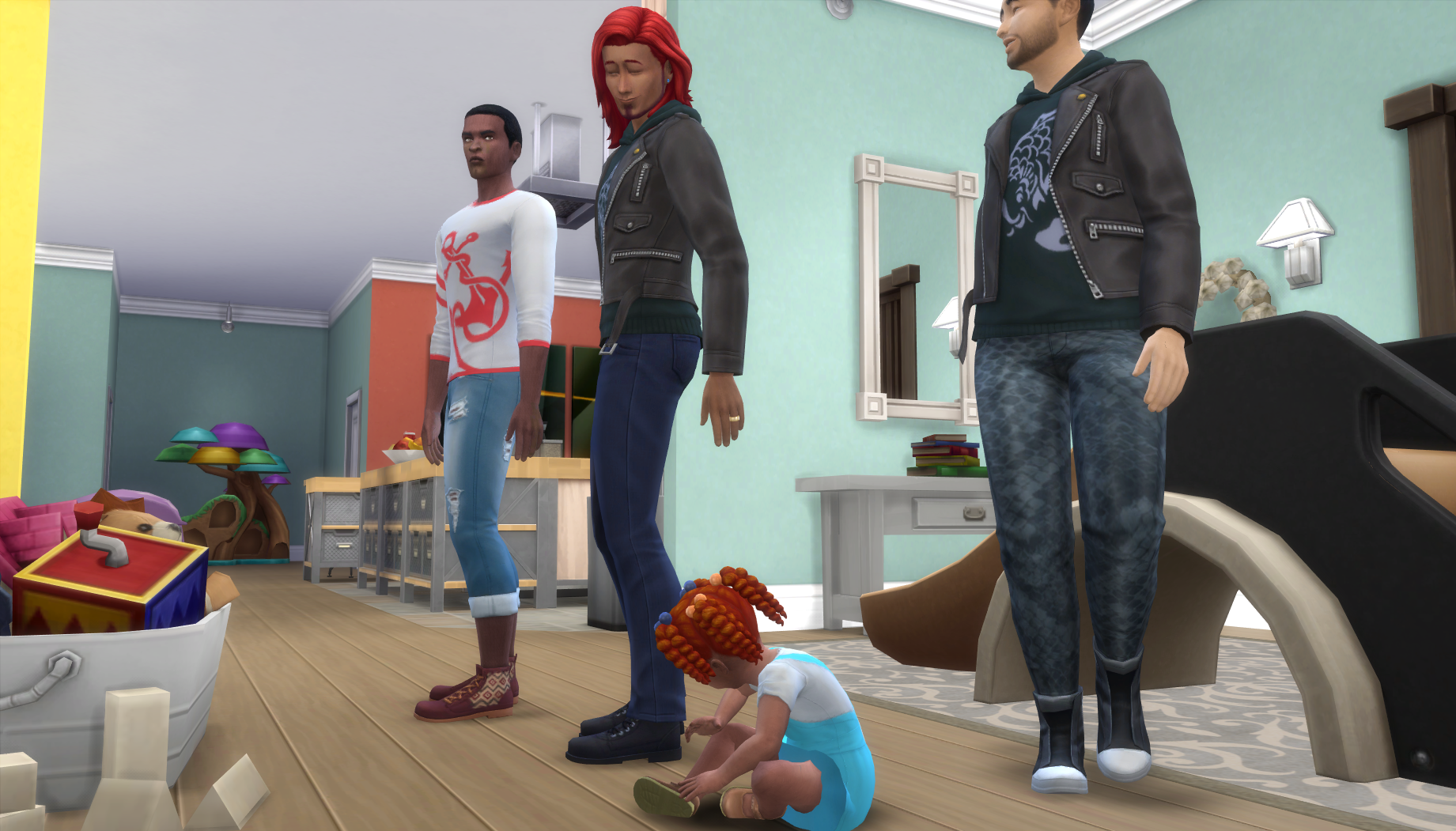 “Thanks…? You know, I think I had something to do with her looks too,” said Gavin.

Akira barely stifled his chuckle at this conversation.

The family gathered in the living room to chat with Baby. He was enchanted by the kids, and was really good with them. He had lots of experience with red-headed toddlers, so that was no surprise. 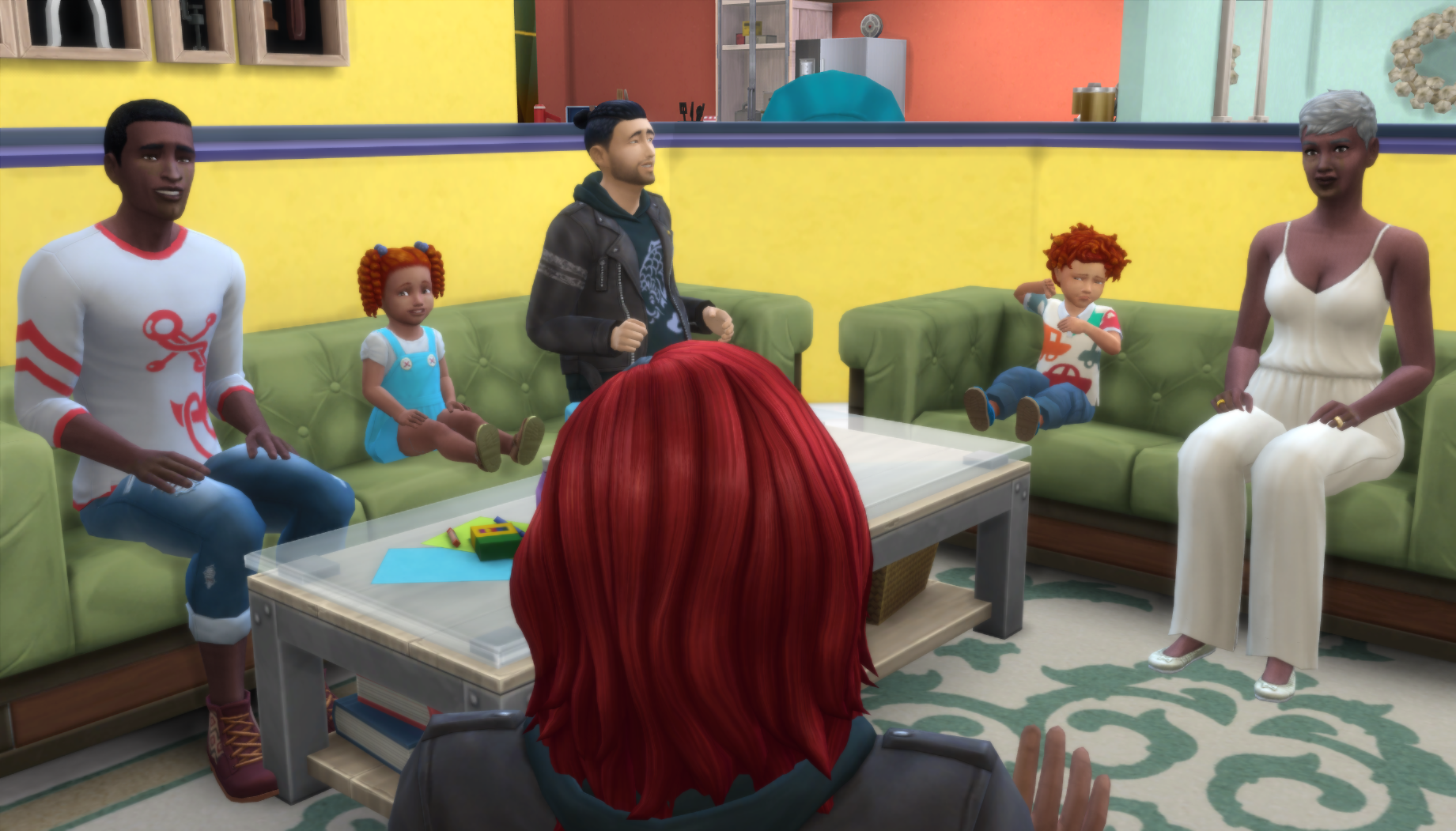 Eventually Kenya and Akira left to put Wren and Jamari to bed. Baby sat down to talk with Gavin. “Where is Kai? I need to see what Akira looks like in mini form,” said Baby. 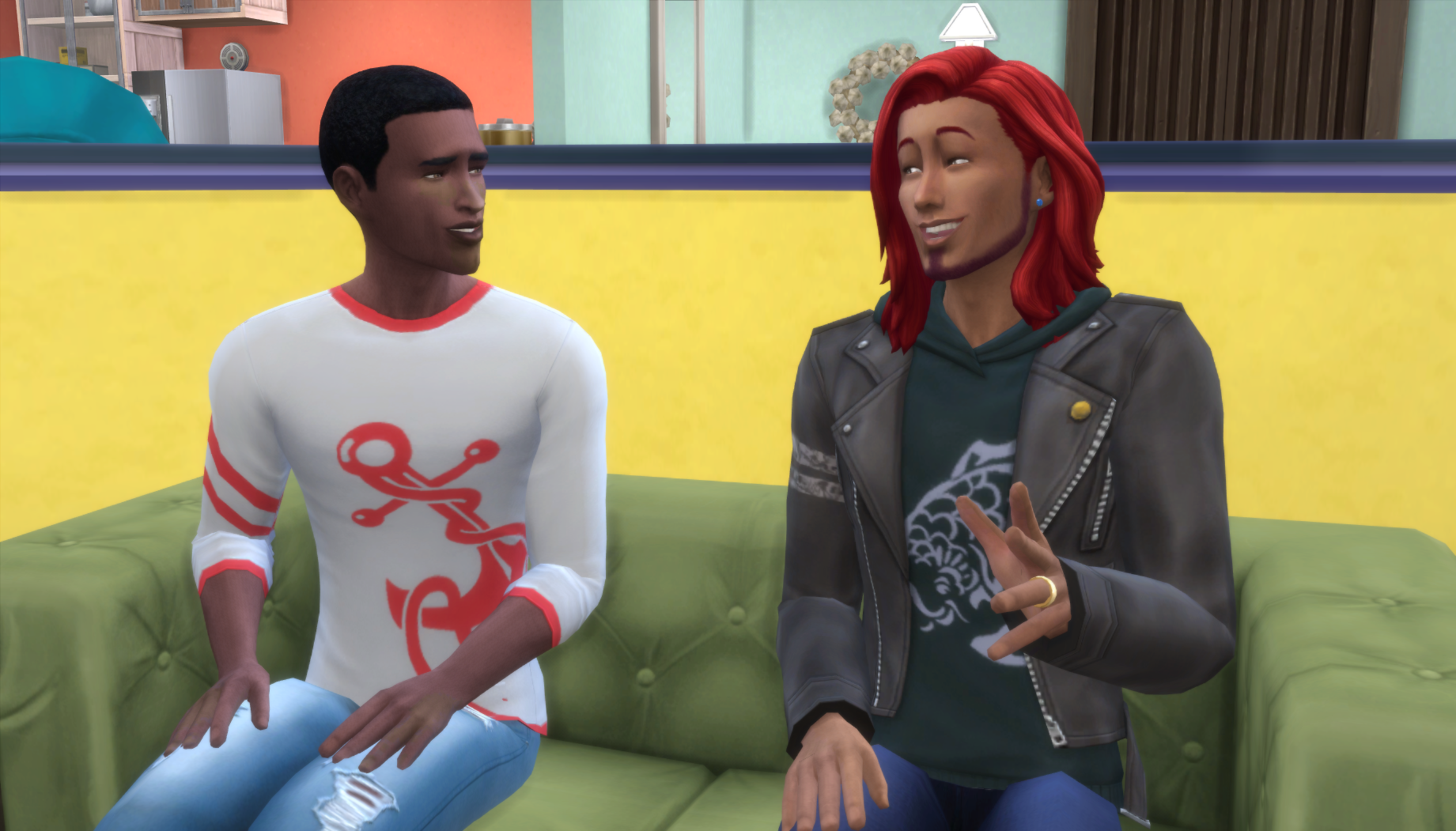 “Oh, you have no idea! Kai is the best! Well, not the best of our children. I have no favorites,” said Gavin. “But he’s so easy. He was probably playing with the dollhouse when you walked in, but I’m sure my grandfather is putting him to bed by now. That boy will play quietly for hours unless we interrupt him.” 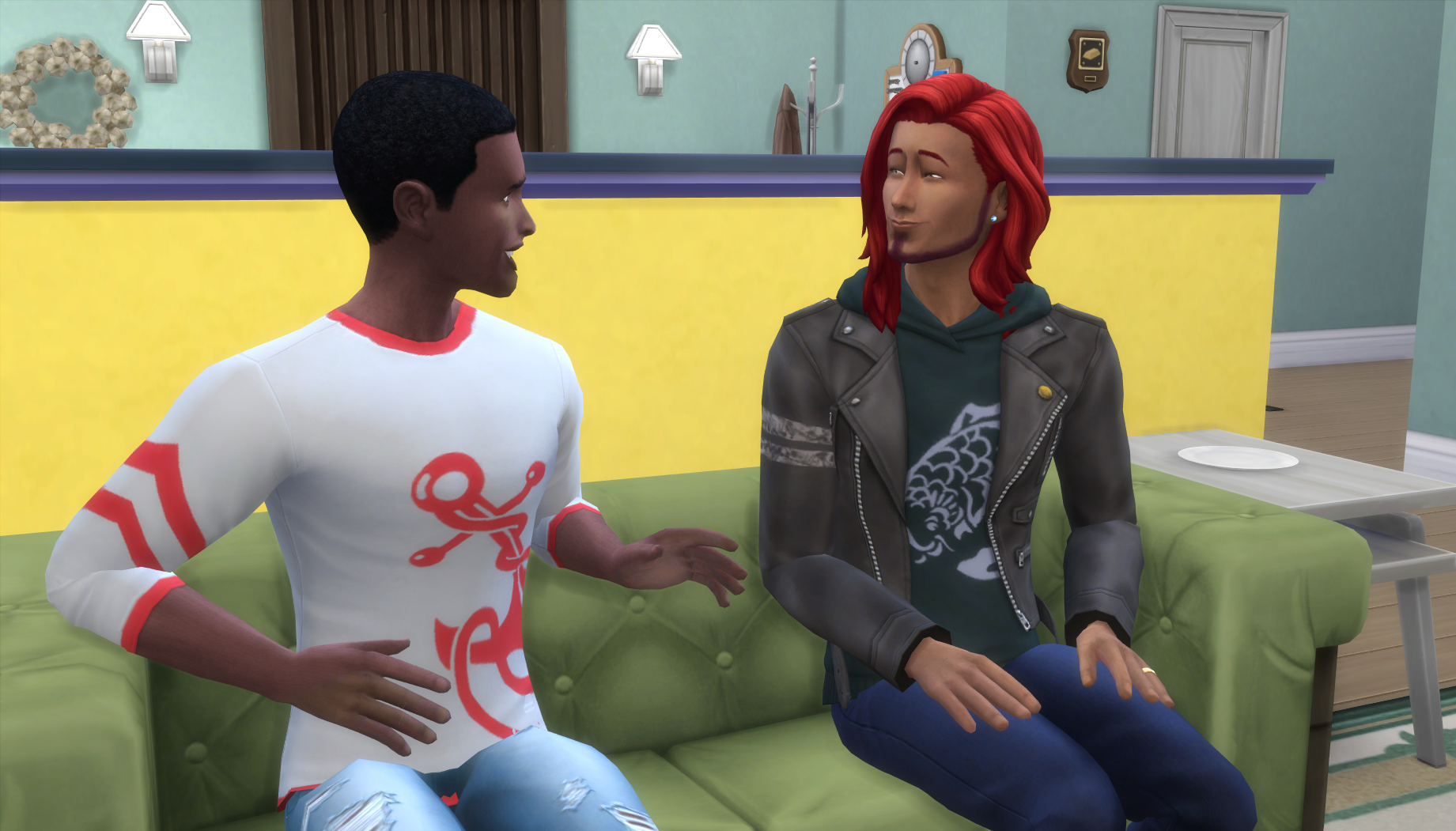 “That’s sweet,” said Baby. “With Luz, it’s her picture books. She will read the same four books over and over again. I can’t imagine having to keep up with the tendencies of more than one though. How do you do it?”

“Honestly, I don’t even know, man,” said Gavin. “But surely you’re going to find out. You and Lesley aren’t going to make poor Luz grow up by herself are you?” 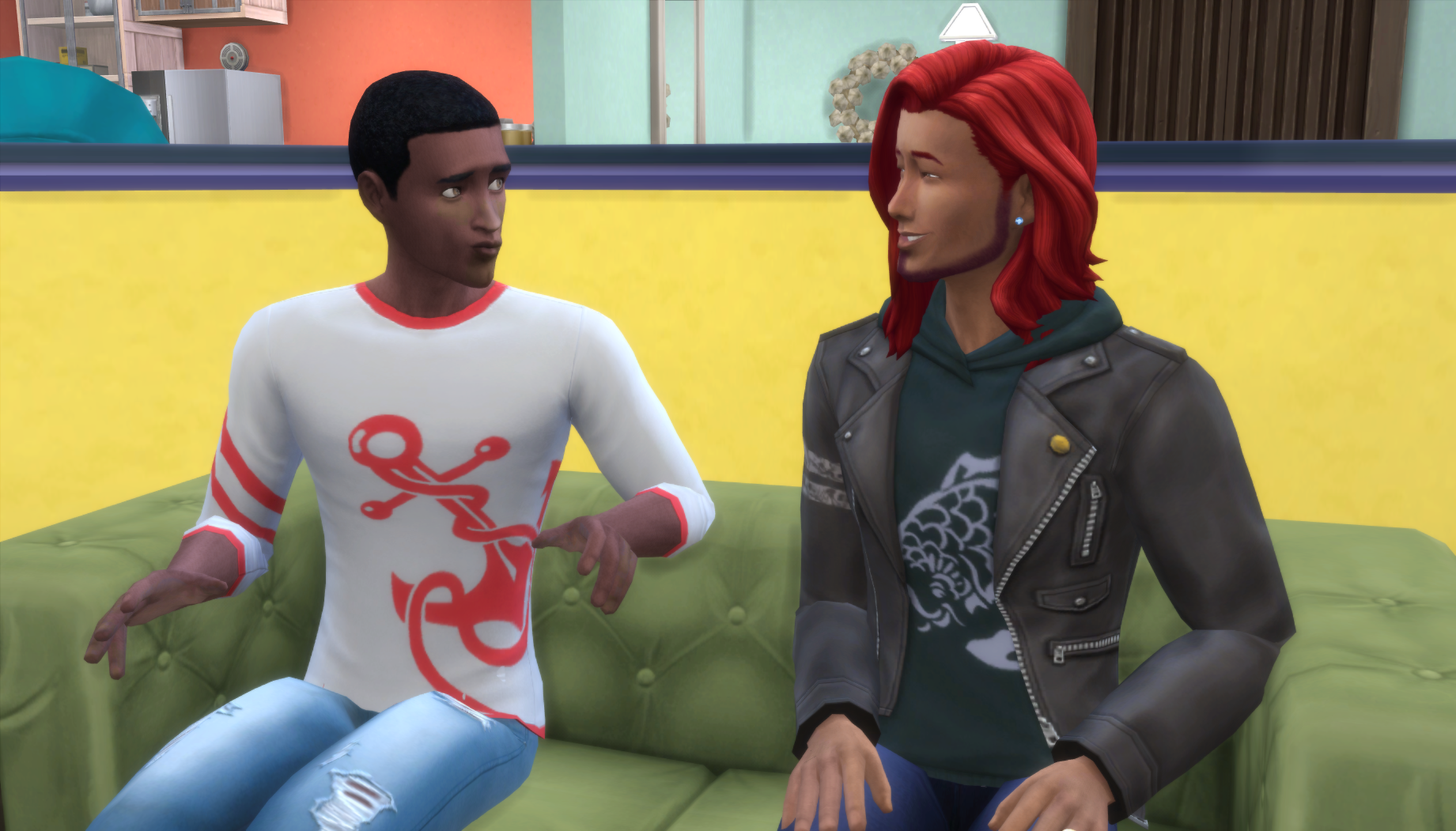 “First of all, we can’t afford an apartment this large, and you’ve seen Luz’s bedroom. How could we even fit another kid in there? Plus,” continued Baby, “it’s not like I chose to have Luz, though I love her with my whole heart. But if I being honest here, I’m sure I don’t want more kids with Lesley. Hell, I’m not even sure I want to stay–you know what, I shouldn’t be talking about this.” 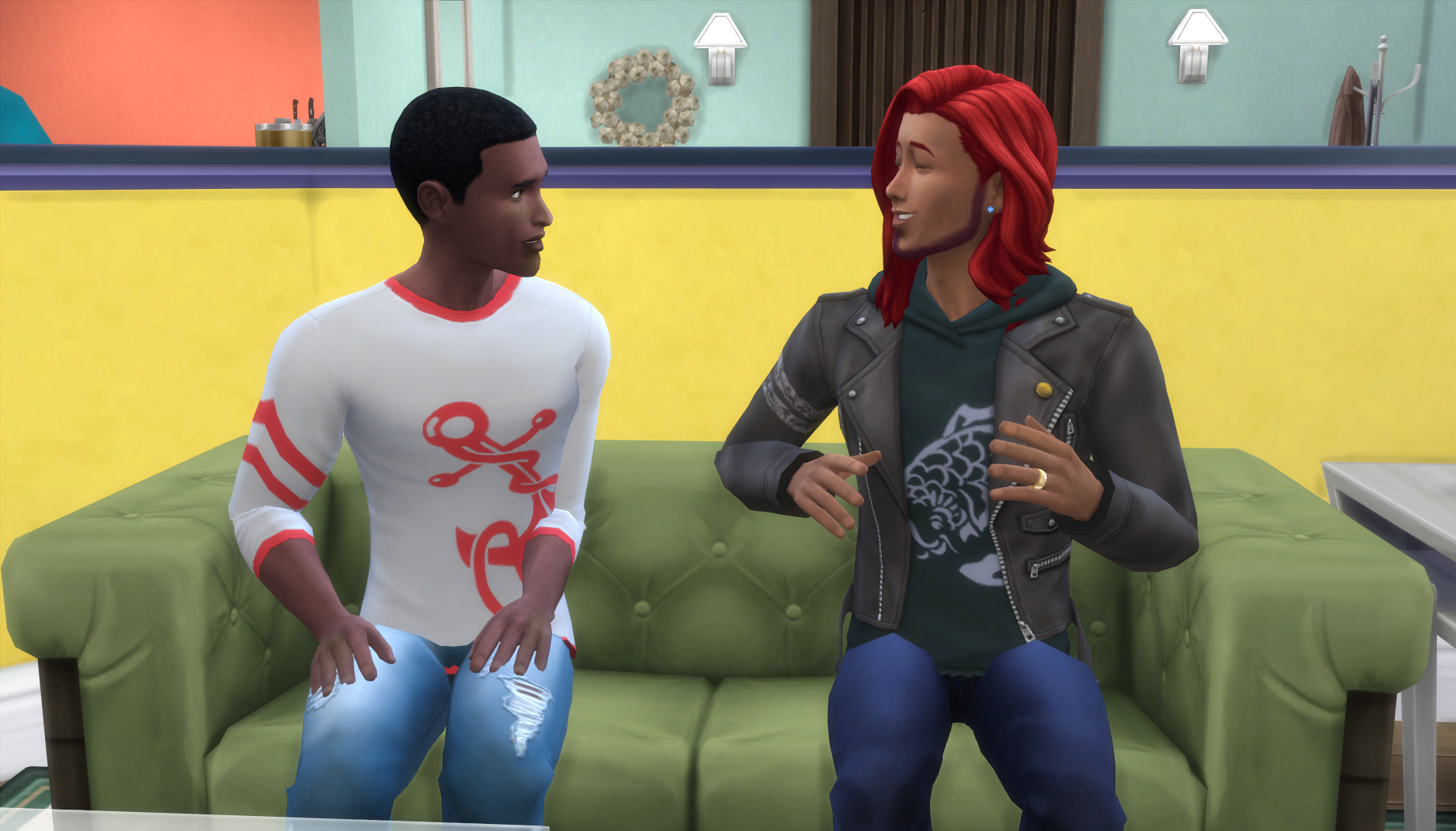 “Oh no! You are not about to tell me some really messy something, and then stop. Talk to me Baby,” said Gavin. “What are friends for if not to share your secrets? You’ve been there for some really important moments in my life, let me do the same for you.”

Baby sighed then said, “I think I might be in love with someone else. It would be crazy to throw away my whole life for it though, right? I mean, I married Lesley for a reason, for Luz. And nothing about that has changed.”

“Wow,” said Gavin, “I wasn’t expecting to hear that… I obviously can’t tell you what to do. But being a father has changed my perspective. These days, all I know is that a child should be surrounded by love. They should have unconditional love from their caretakers, and they should be around adults who love each other. They need both pieces.”

“Damn, parenthood has made you wise,” laughed Baby. “I’m gonna think about that. I really can’t imagine being away from my little girl, but you’re right that I should be doing everything I can to surround her with love.”

“You really should,” said Gavin. “There are hard choices that have to be made in the name of doing what’s best for your children. I spent the last years of my youth living with my grandparents, I’m not sure if I ever told you that.

“No, I didn’t know that, I thought you moved with them after you graduated,” said Baby.

“Nope,” said Gavin, “and that wasn’t an easy choice for my mother to make. But she understood that living with her wasn’t the only or best option.”

“You’ve given me a lot to think about,” said Baby. “Thanks man.”

“Any time,” said Gavin. “That’s what friends are for.”