Gavin was still in his head, remembering that night. As a teenager, he remembered feeling so nervous that his parents would say no, that he had to stay with them.

It was clear Murphy and Renee weren’t suited to being parents, and ultimately they didn’t put up much of a fight. That night, Gavin left his home and moved in with his grandparents. He lived with them until he graduated high school. Then the three of them continued to live together and moved to San Myshuno.

Gavin never looked back, and was nothing but grateful to his grandparents for changing his environment from cold and lonely to warm and loving. He wanted that for his children, and he had many doubts that his mother and uncle had suddenly learned to like children.

Almost as if on cue with the direction of Gavin’s thoughts came a very familiar grunt of displeasure. Murphy was displeased by something Wren said or did. Because Gavin wasn’t paying close attention, he didn’t know for sure. But based on his own childhood experiences, he was fairly certain all she’d done is be a normal toddler. 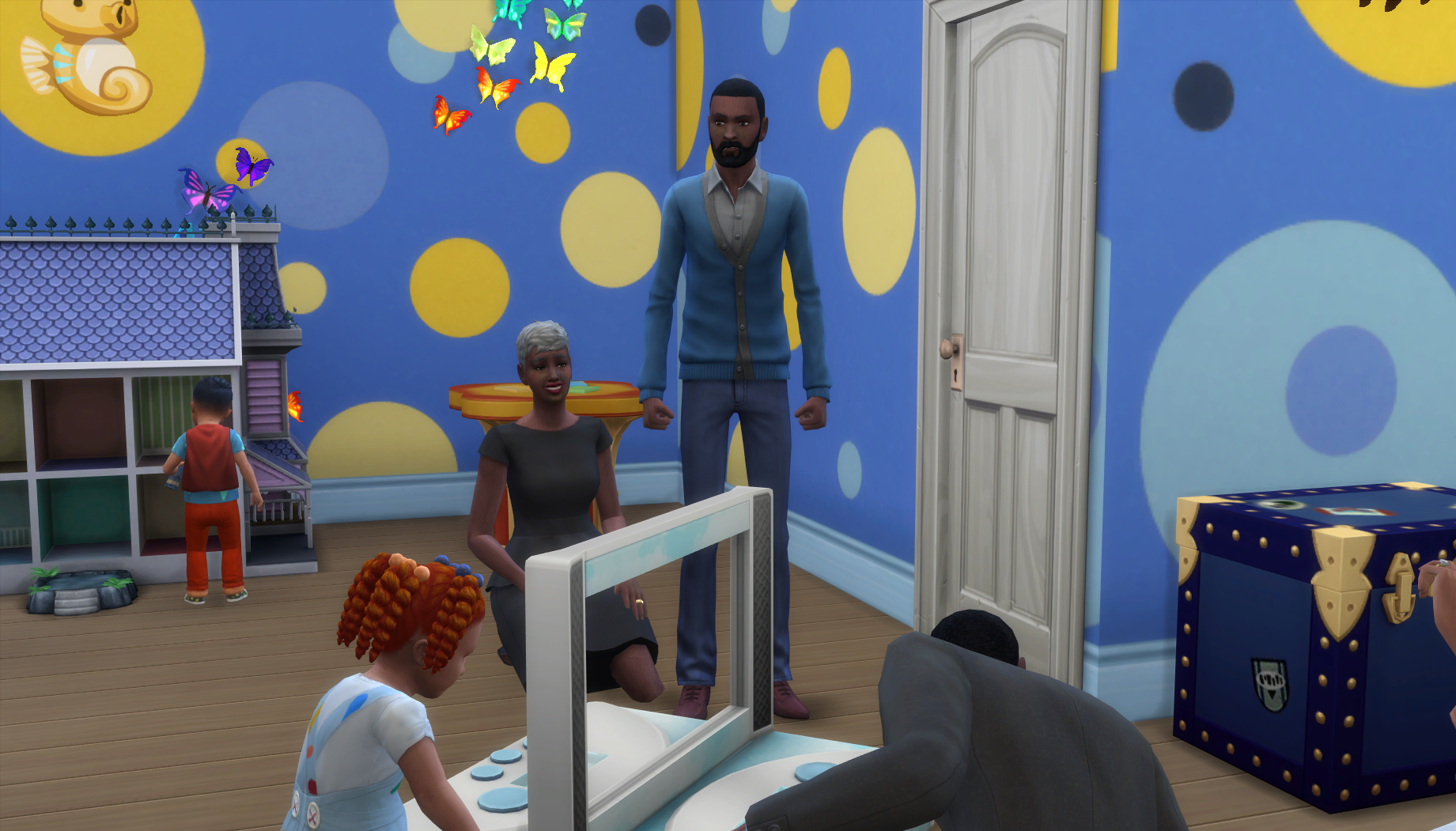 Gavin leaned down to play with his daughter, and hopefully to distract her from Murphy’s anger. 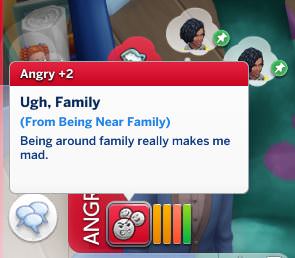 Gavin was sad to be proven right so quickly. He didn’t want his children to know anything other than unconditional love, but he wasn’t sure how to fix the moment. Kenya was still trying to play nice with her son and daughter-in-law. 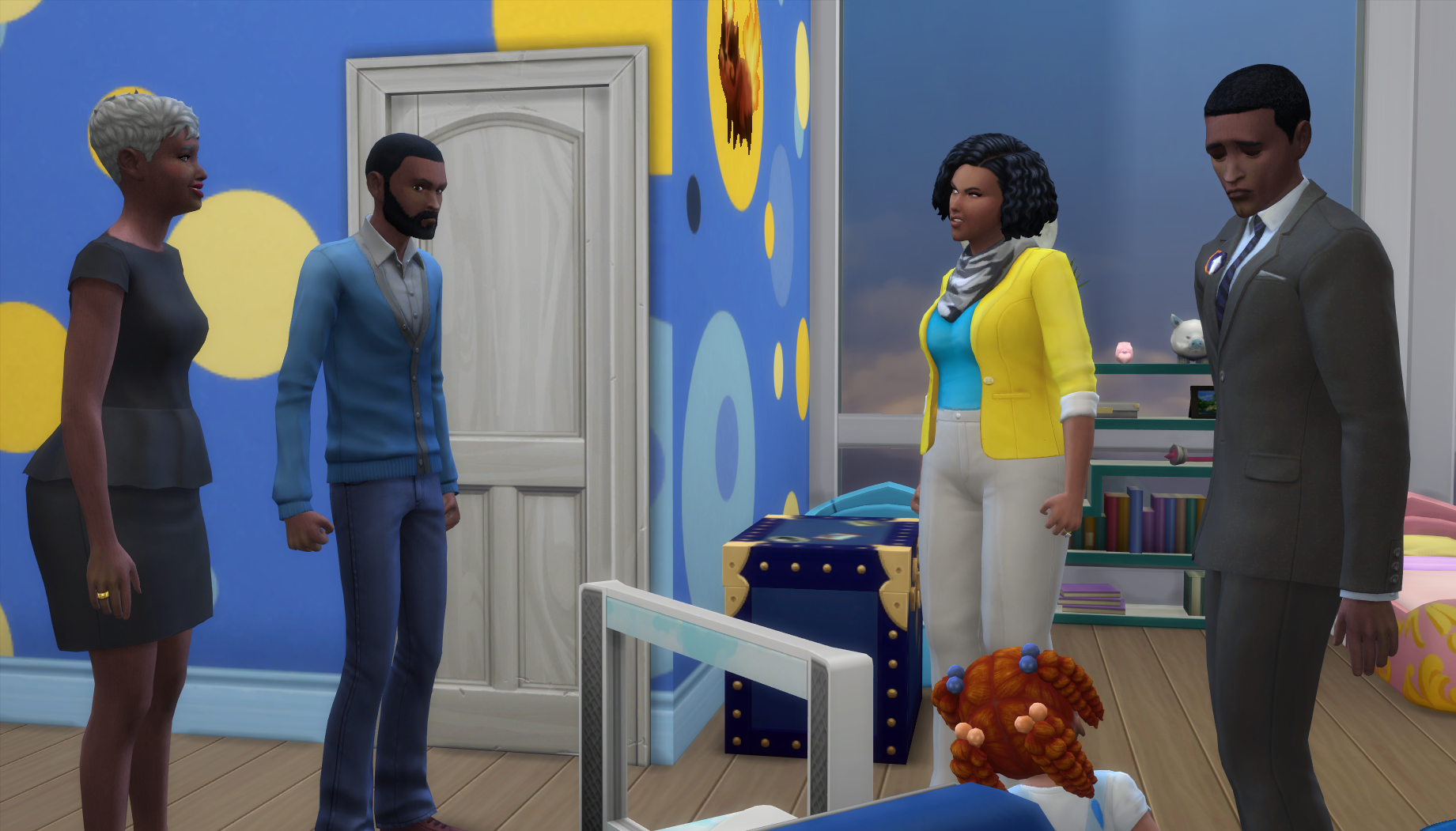 The fourth time Wren asked, “why,” Gavin thought Murphy was going to blow a gasket. At least his mother had the good sense to look embarrassed by her angry-at-a-toddler-for-no-reason husband. 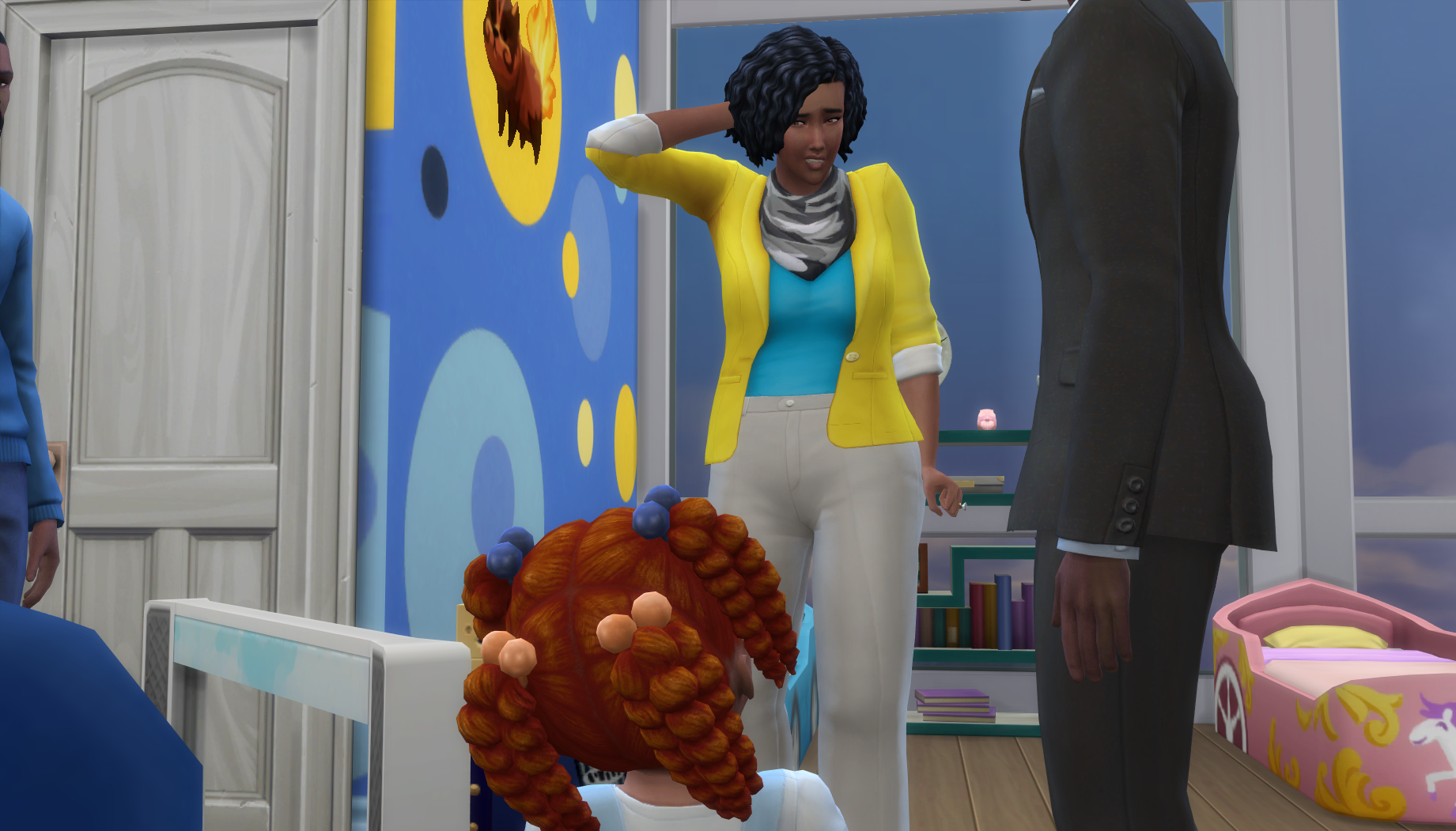 Renee’s and Murphy’s foul moods were finally affecting Wren, and she started crying. 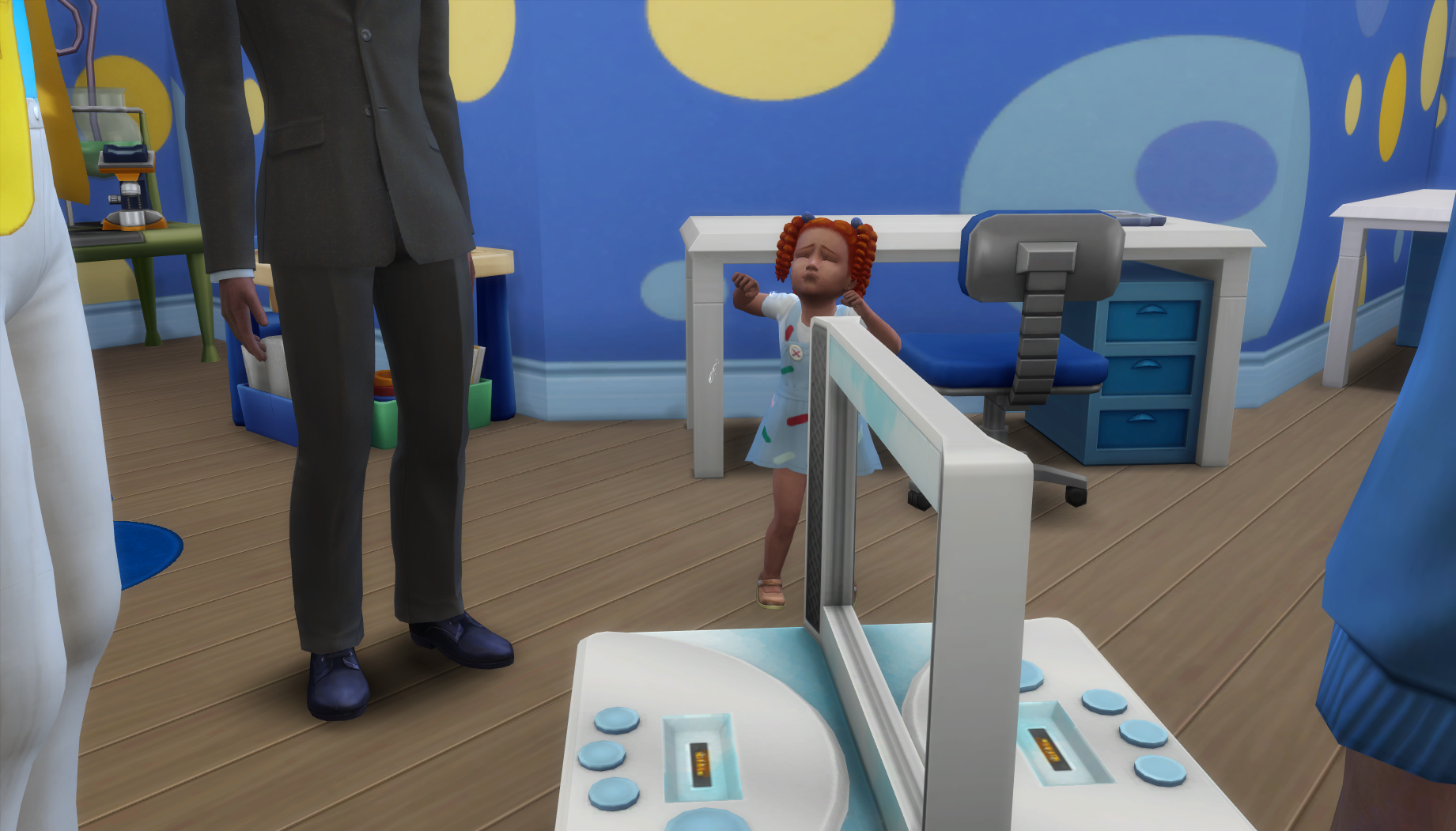 Murphy started to yell at her to be quiet, but before he could get the words out, Gavin swooped in to pick her up. He started playing with her to distract her. 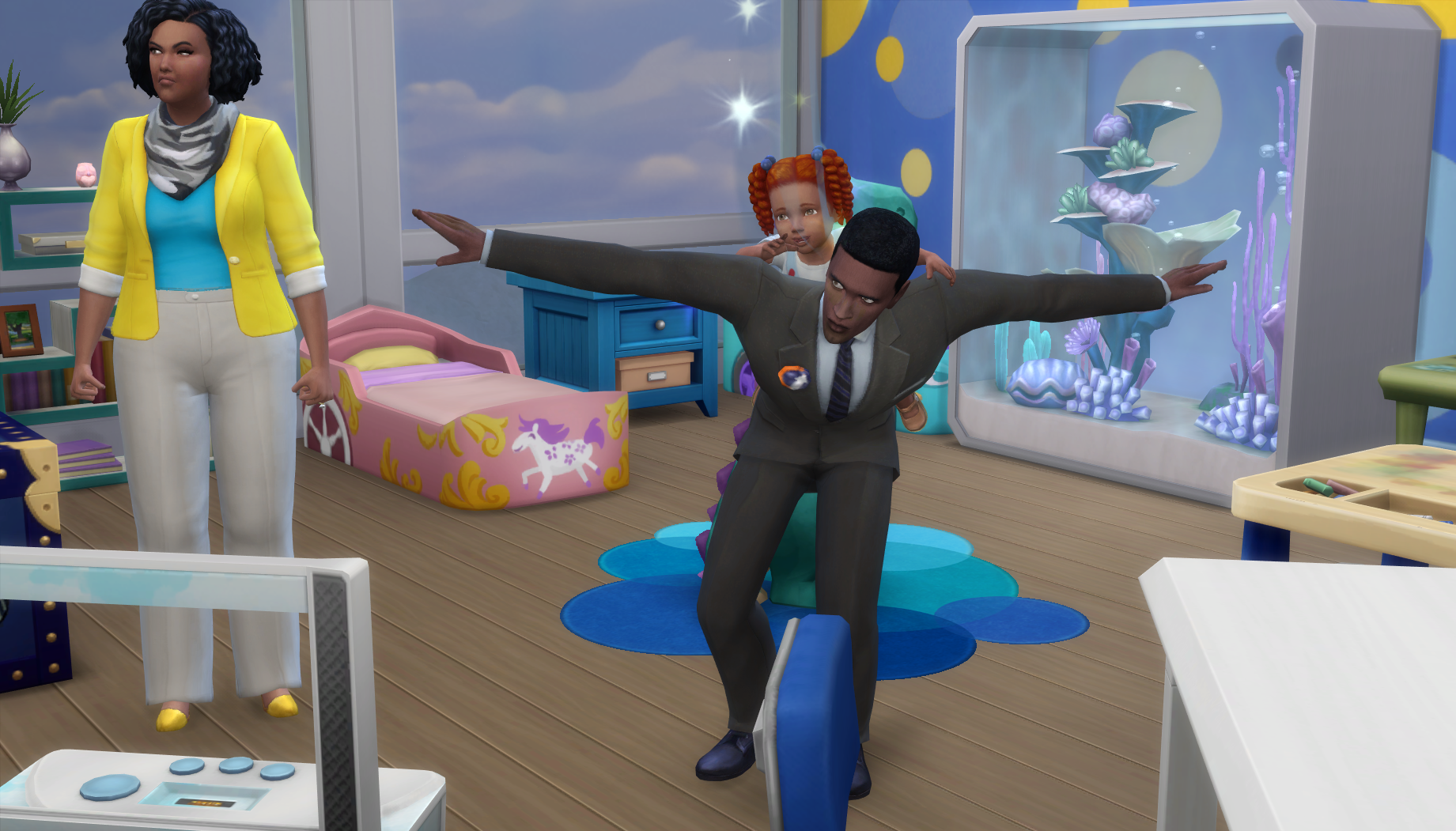 Kenya was done trying to play nice. She turned to Murphy and Renee and said, “why did you want to come meet your toddler aged grandchildren if you can’t handle the noise and questions that all toddlers make and have?!” 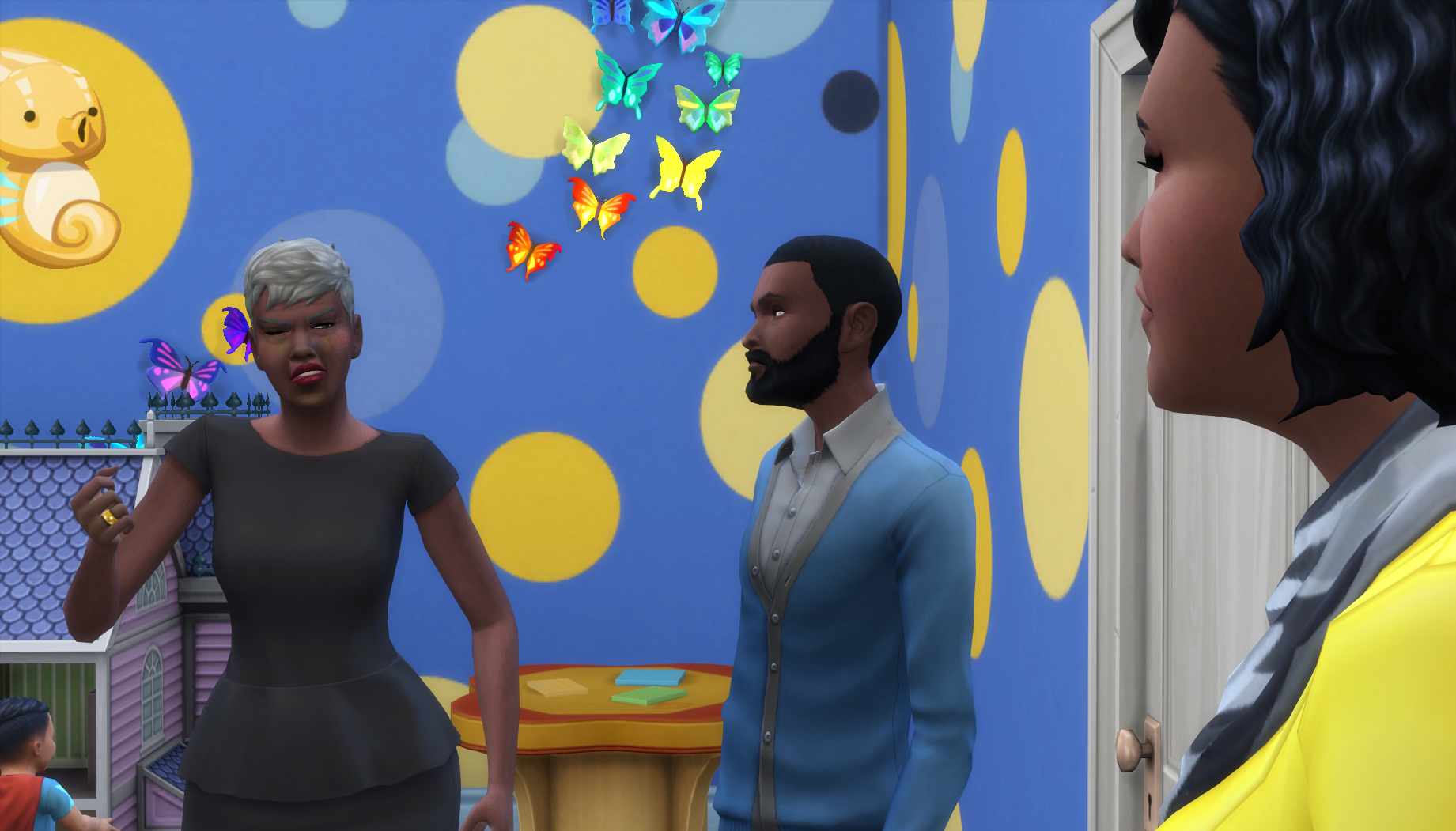 “I just don’t understand why they must make so much noise,” said Murphy. Why can’t they be like the Asian one? If only he were our grandchild, that would be much better.” 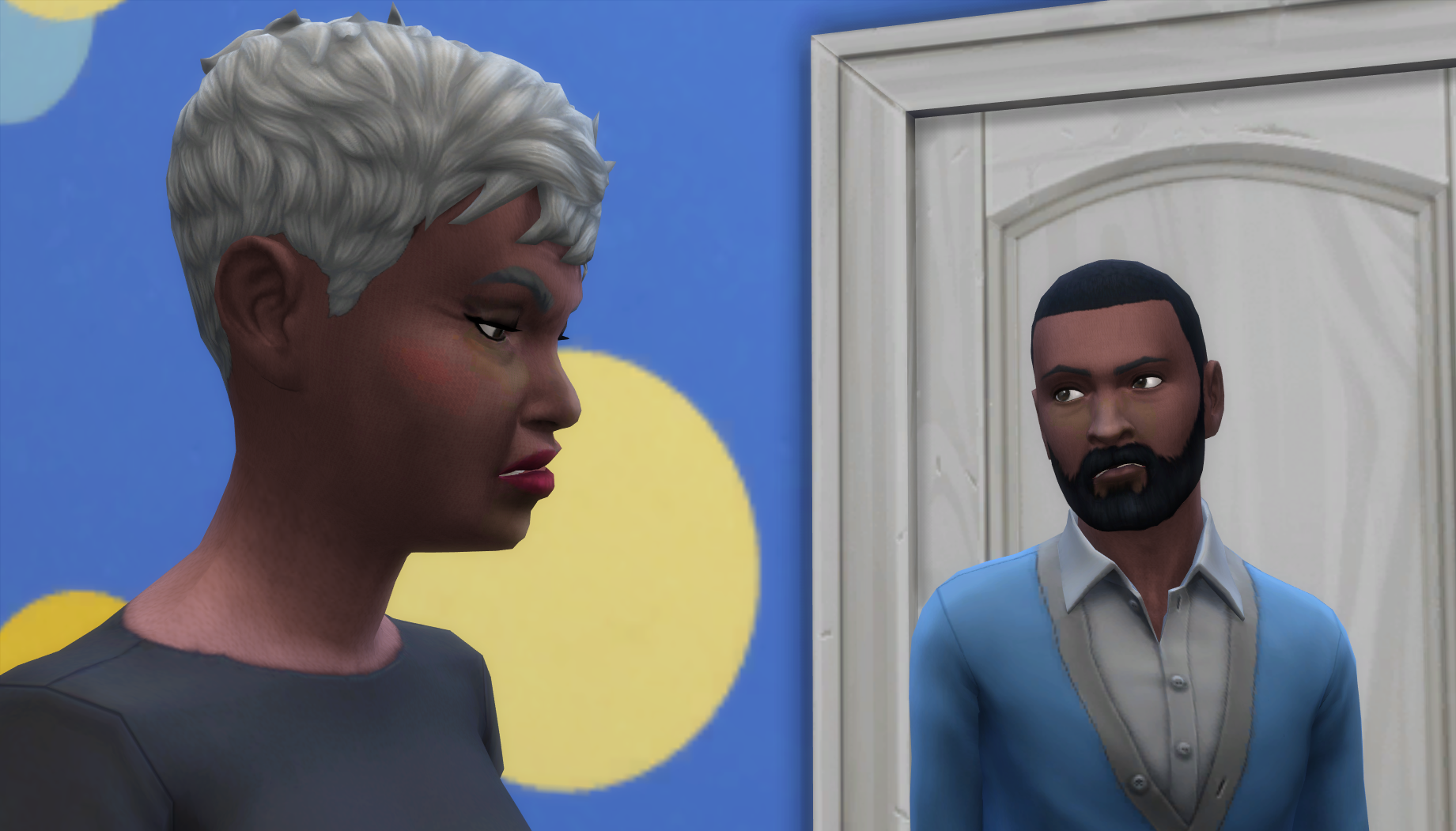 Kenya took a deep breath to calm herself. It didn’t work.

“What the hell do you mean, ‘if only he were our grandchild’?! He is! As far as Gavin is concerned, Kai is his son, so where is your confusion?”

“I don’t care what he meant,” interrupted Kenya, “I care what he said. Now, that’s one. You’ve got one more time to disrespect my family.”

“We’re your family too,” said Murphy.

“I said what I said,” said Kenya. “Now excuse me while I tend to one of my great-grandsons. He’s being such a toddler right now, having an emotional moment for no good reason. Why don’t you all sit at the game table and try not to get your faces frozen in a permanent frown.” 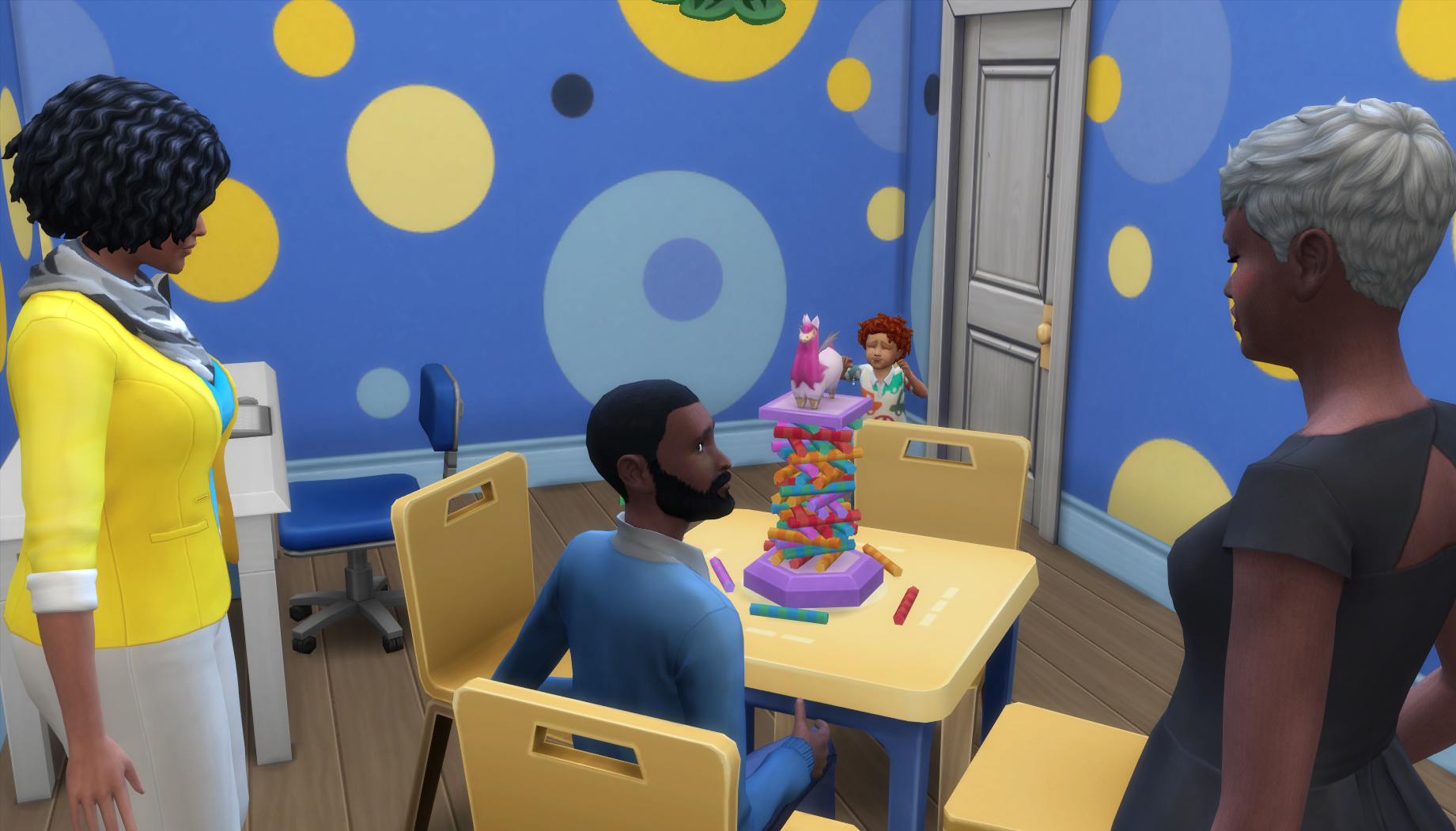 Gavin saw the door open and knew Cristian was joining them, likely having his attention drawn because of his wife’s raised voice. Gavin rushed over to fill him in on why she was yelling, and to ask him to stay because that meant Murphy was more likely to behave.

Behind him, his mother was literally leaning away from the continuing argument between Murphy and Kenya. Gavin was very worried Kenya’s small explosion was just the beginning. 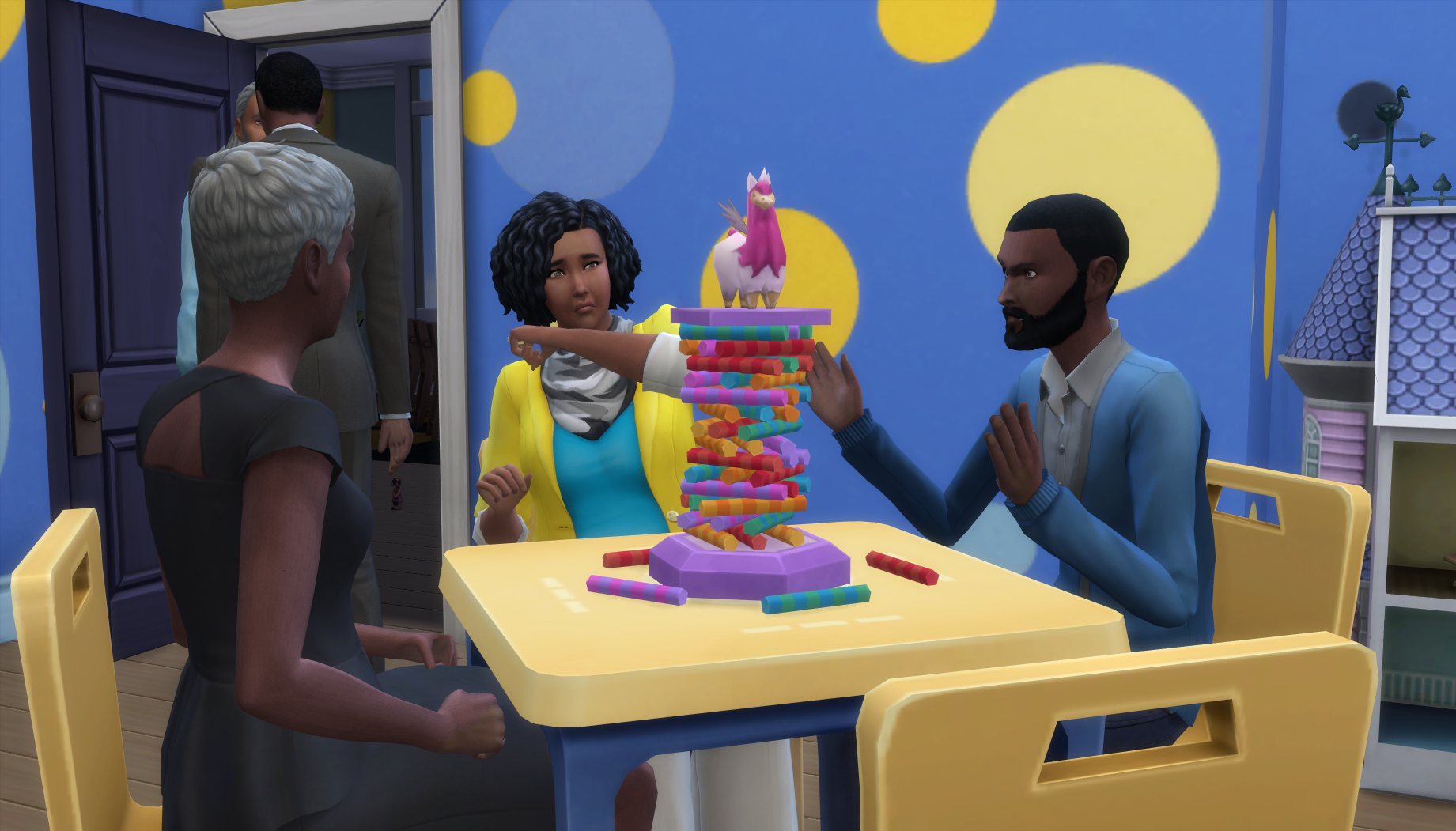 Before Gavin could finish his thought, Murphy was speaking to Akira. A better word for what he was doing was taunting. He made a joke about Akira’s hair, and how it was a shame “all three grandkids” didn’t get it. 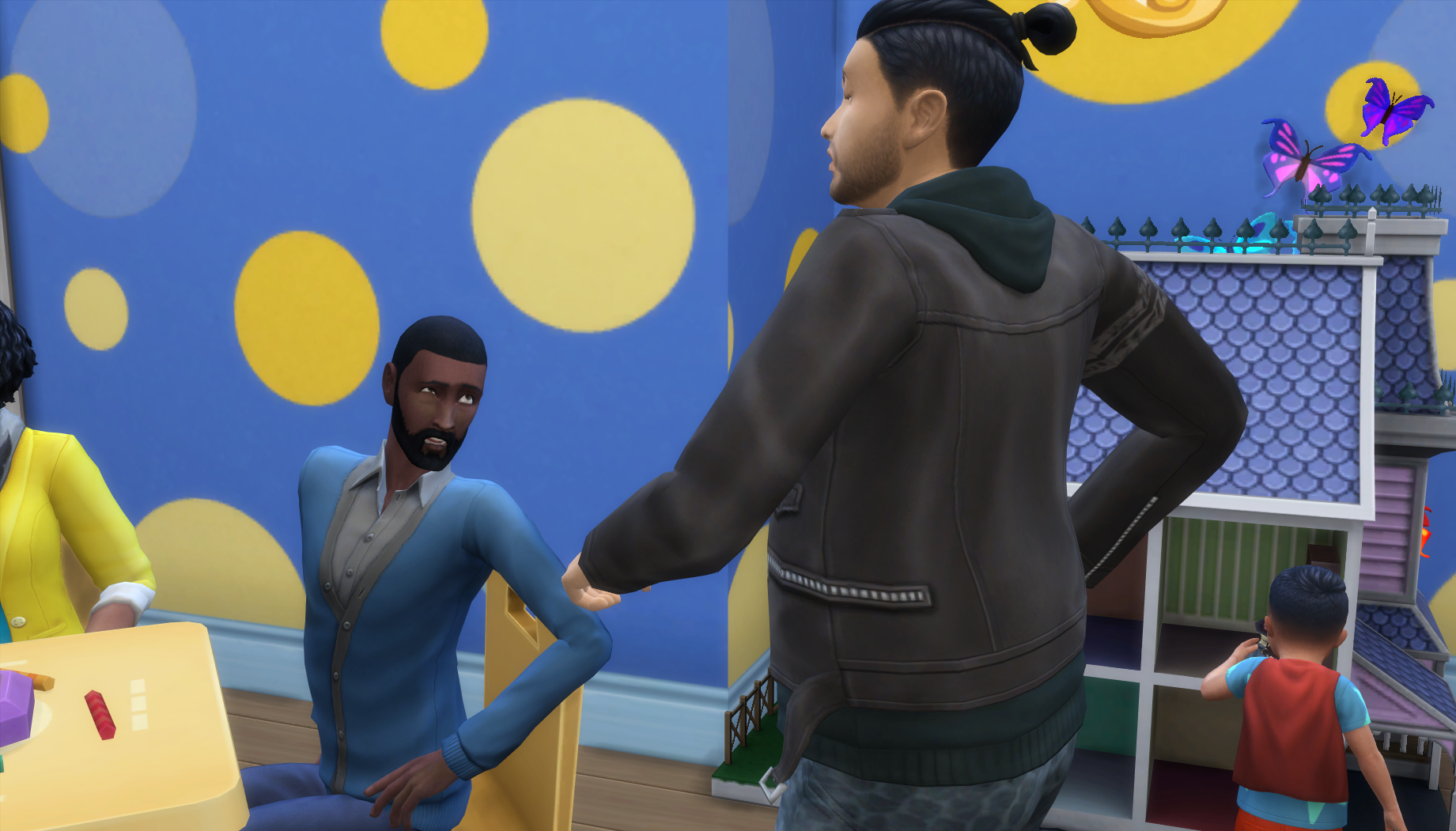 Gavin was worried about his kids witnessing such ugliness, but mostly they seemed confused by the odd behavior. 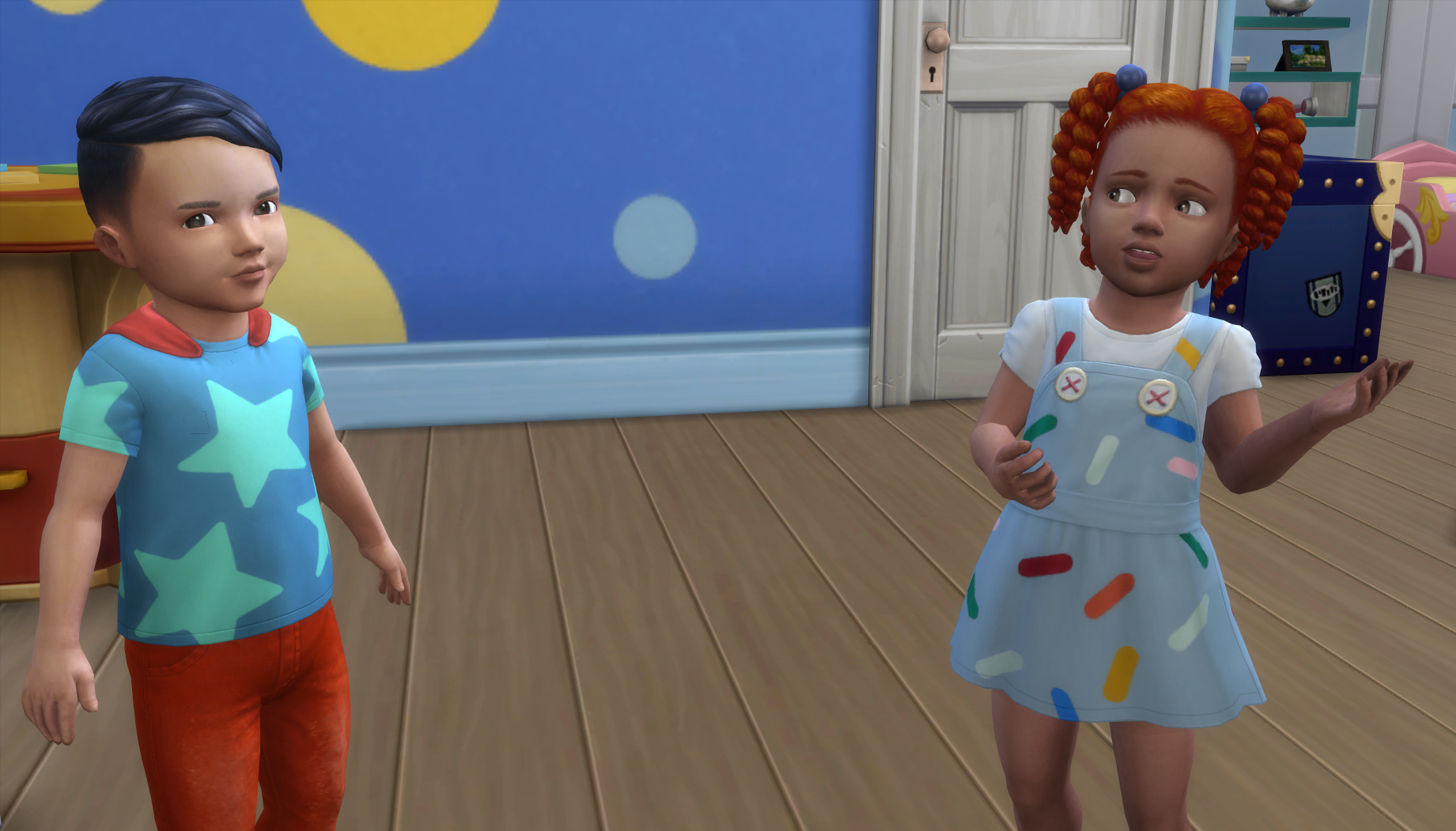 “Alright, that’s enough,” said Cristian, sitting at the gaming table. “Now I’m not even sure why you two are here, but you are upsetting everyone who lives here. Murphy, your mother and I love you, and I say that as an unqualified statement. Renee, for lots of reasons, you are our family, and we love you too.” 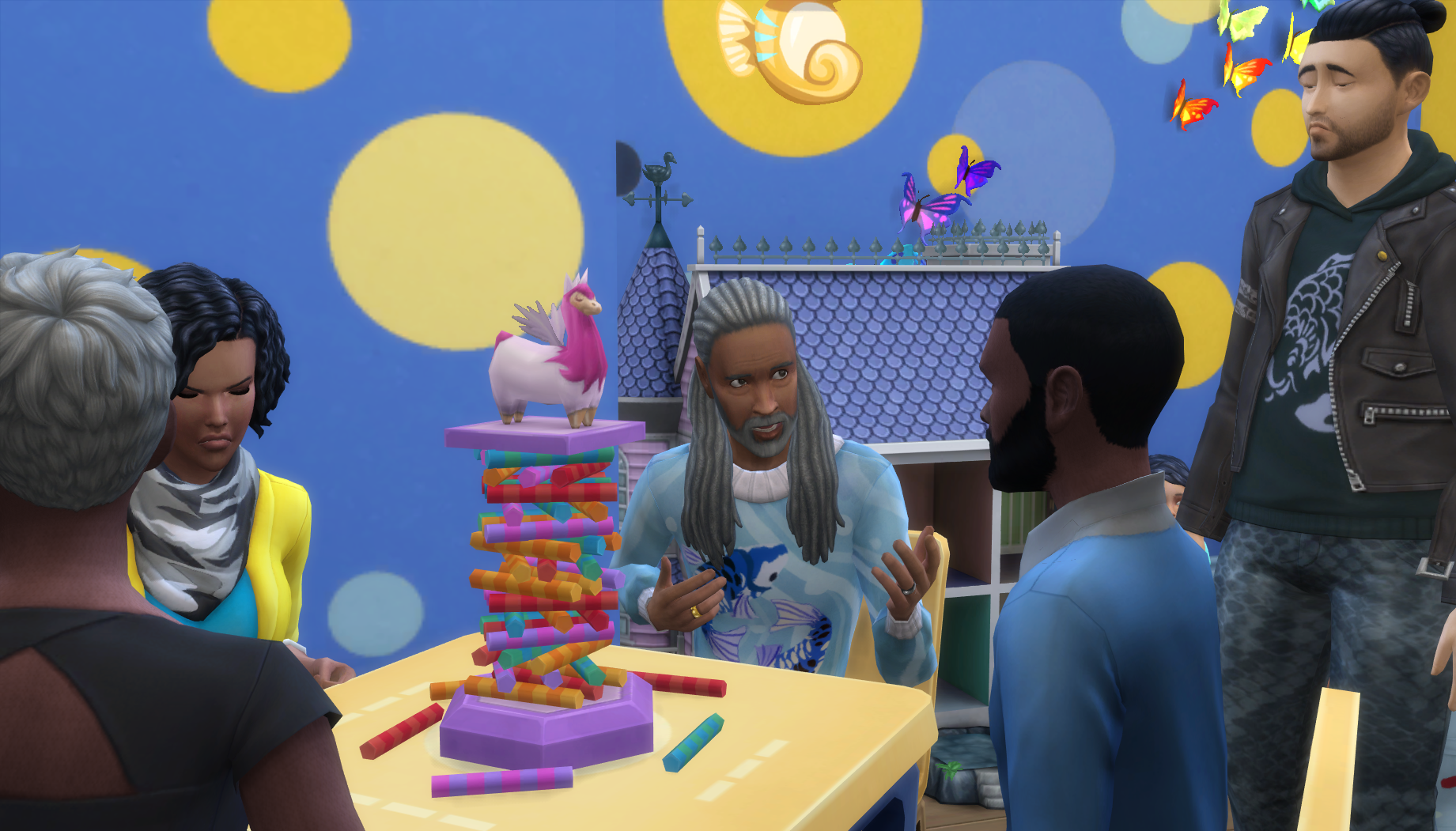 Cristian continued, “I need one of you to explain to me what you hoped to accomplish today. We are in this home because Akira became a part of our family, and he invited us to join him here. I would think you would feel grateful that you don’t have to worry about taking care of your parents in their old age because someone else already is. The only reason you even have grandchildren is because of Akira. Now, someone start talking, and tell me something. Now.” 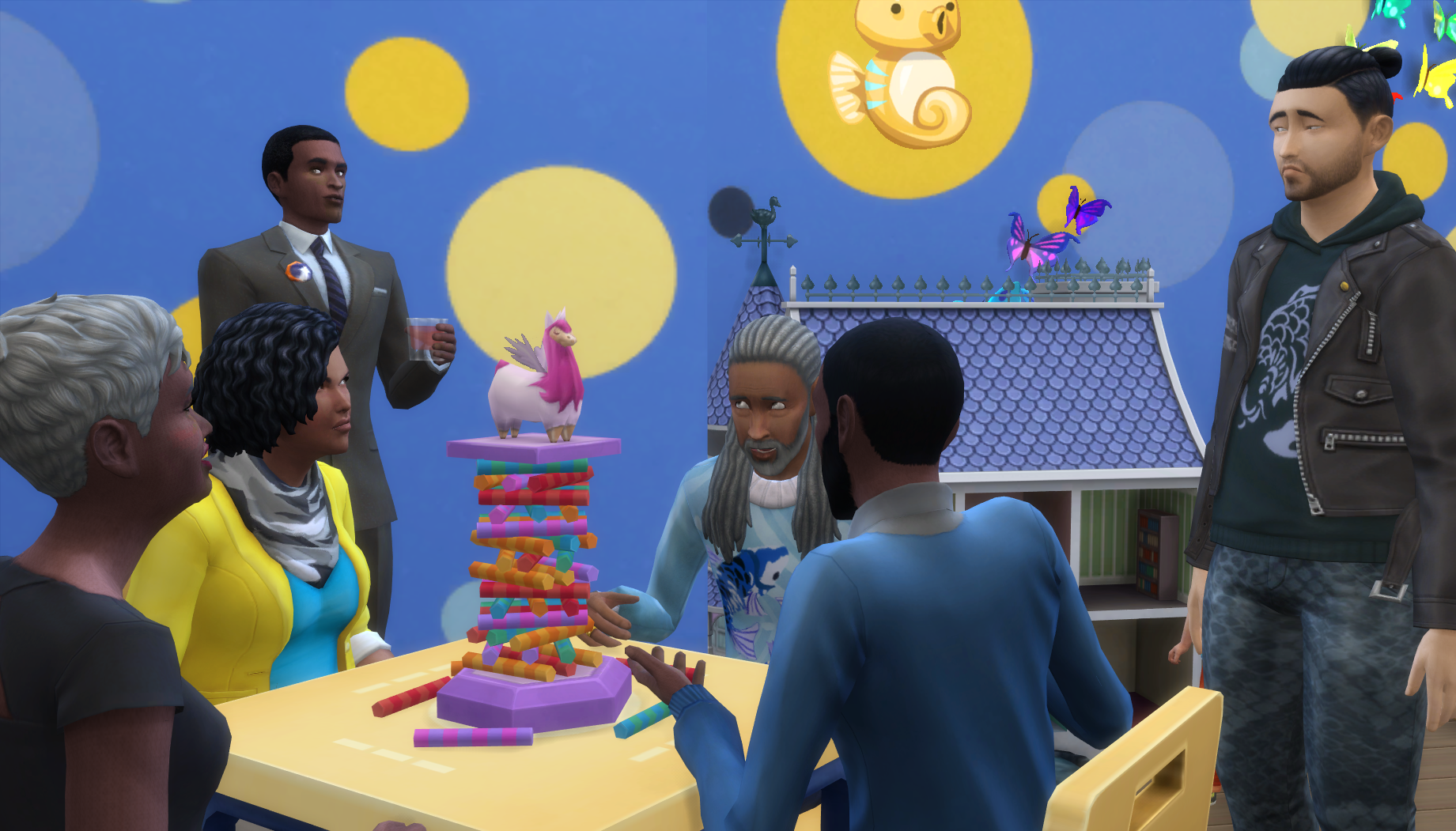 “We simply wanted a chance to reconnect with our family,” said Murphy. “I think we were unprepared for all that would include. You know I can’t stand to hear a child cry–look can’t you understand we’re doing the best we can?”

“This is your best? I think you all had better go,” said Cristian. “Maybe we can try this again when the kids aren’t kids anymore. This family can’t become something else just to make you happy, you never did understand that.” The disappointment in Cristian’s voice was palpable. 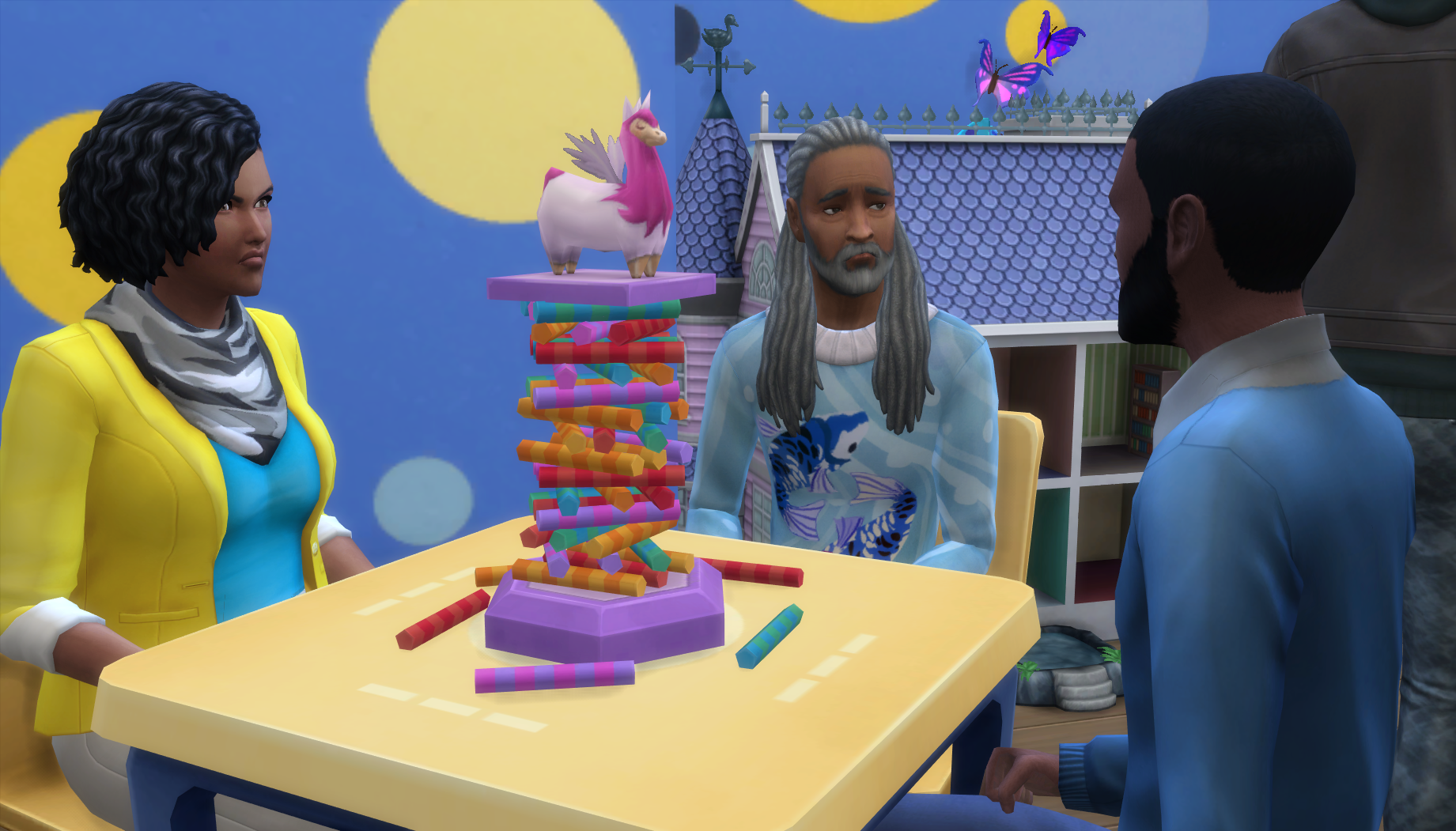 “I’m going to get a drink,” said Kenya, standing to leave the room, “and I’m going to have it in the office. When I come out, you two should not be here.” 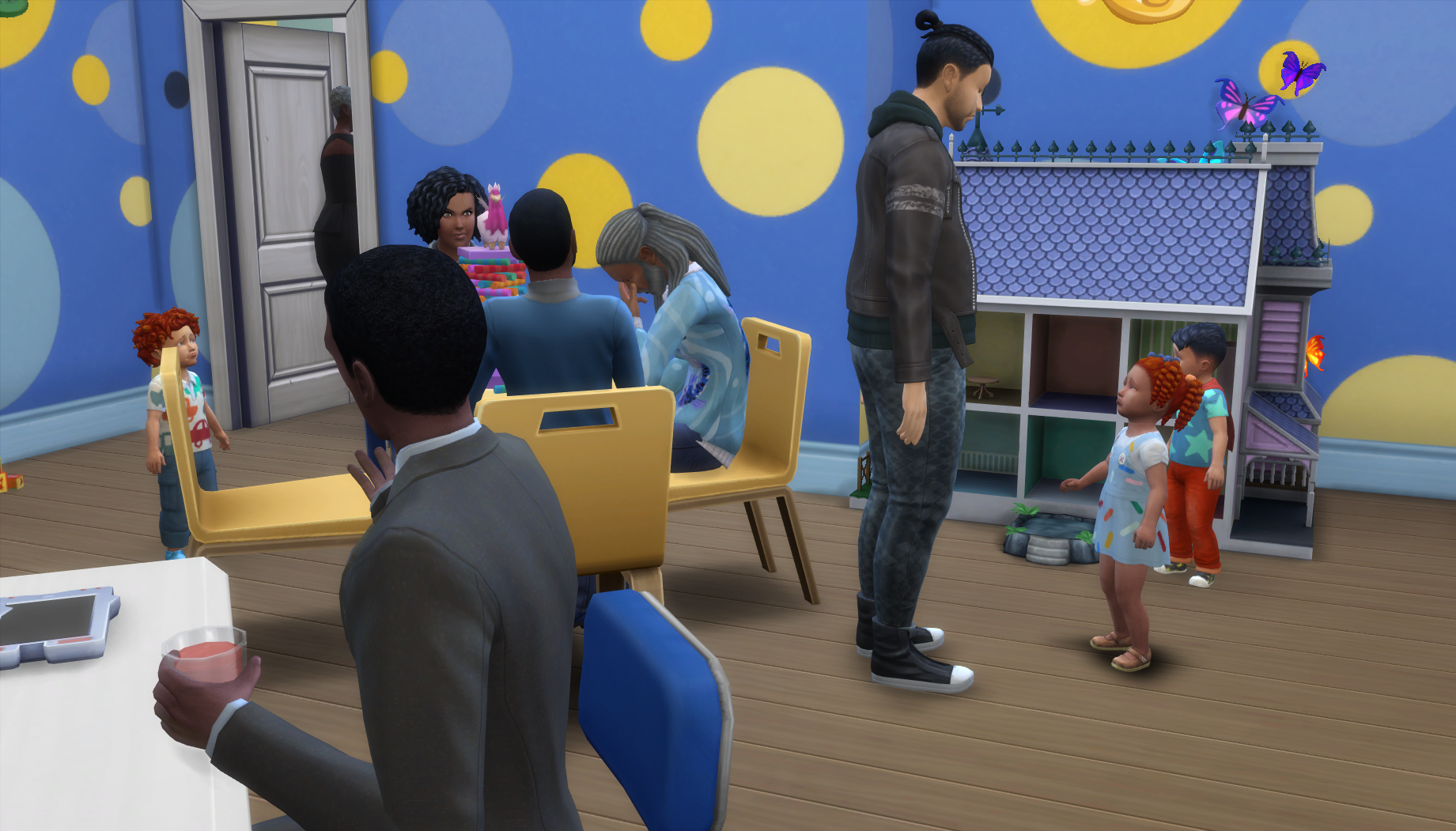 “You don’t have to tell us twice,” said Murphy as he stomped from the room. “I see I still don’t have a welcome place in this family. Renee, are you coming?” 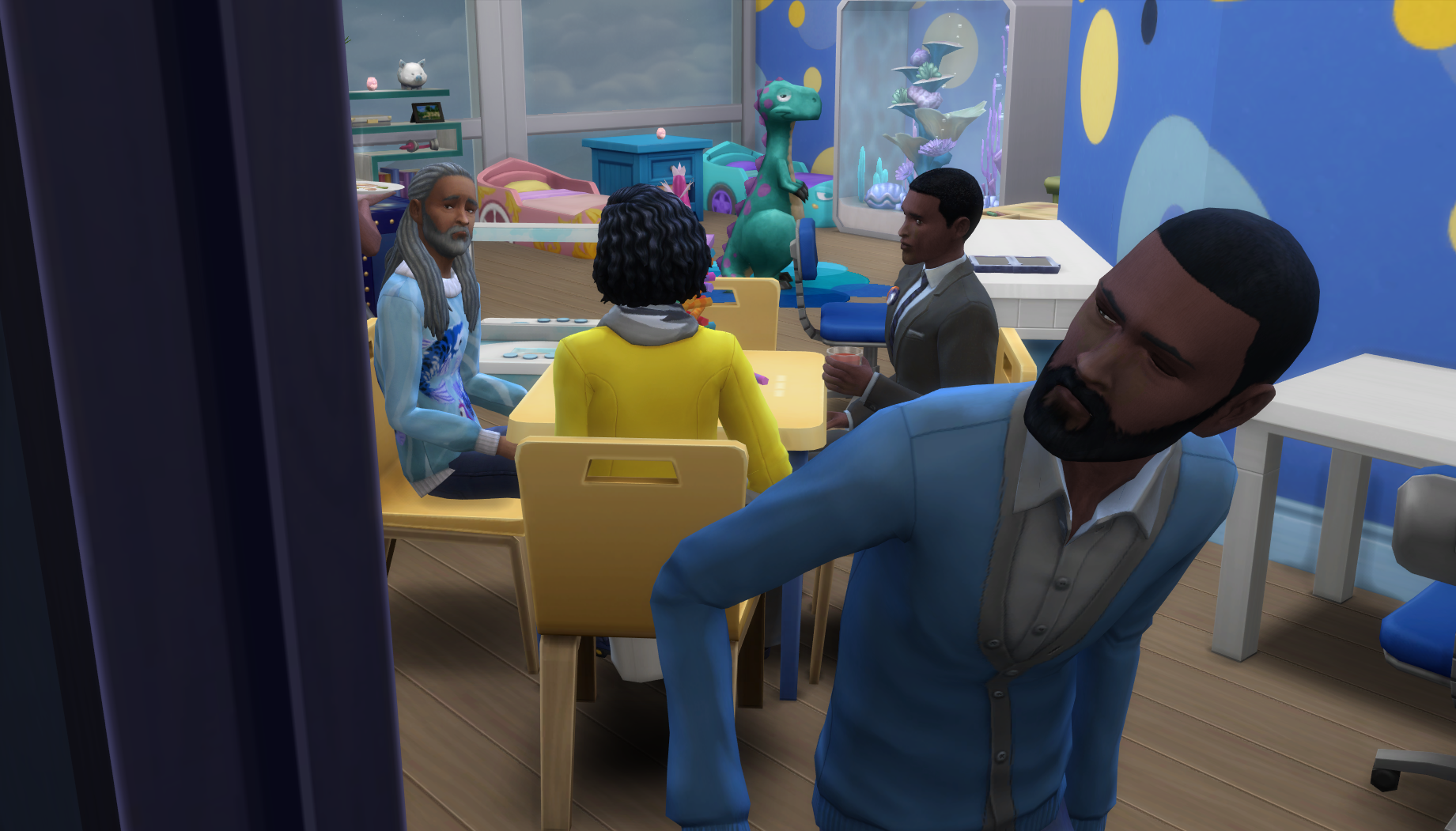 “We really did try,” said Renee softly. “Gavin, I’m not going to stop trying to call you.” She left behind Murphy, and they both left the apartment. 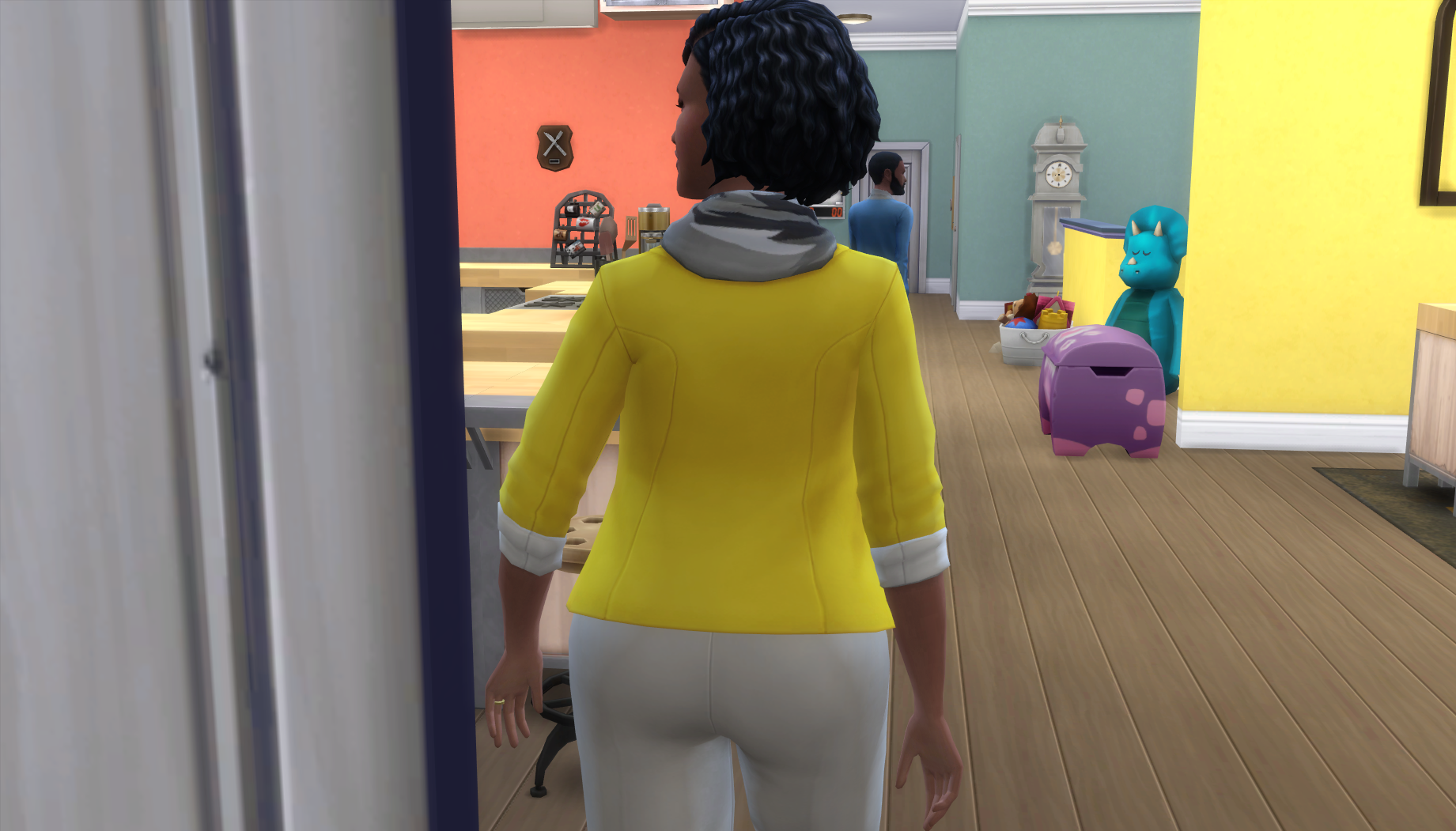 By the time Kenya returned to the toddlers’ room, the kids were all smiles, though Cristian, Gavin, and Akira still wore somber faces.

“Gavin, I’m sorry for suggesting you invite them in,” said Kenya.

“No need to apologize,” said Gavin, “we’ve been redefining what family means, and I don’t regret trying to see if we could make it work with them. But here we are, and you all are still protecting me from them. I don’t know where I’d be without you.”

“Let’s say no more about it, alright? Let’s talk about more important things,” said Cristian. “Which three of the four of us gets to read them to sleep tonight?”