Everything went well with the insemination, and before too many days passed, Jessie was fully pregnant. Gavin was the father for her first pregnancy, and the family couldn’t be more thrilled. Jessie was happy for them, but she was not a fan of the morning sickness. She headed to the kitchen, wondering if she could manage to eat breakfast before her body forced it all back up again. 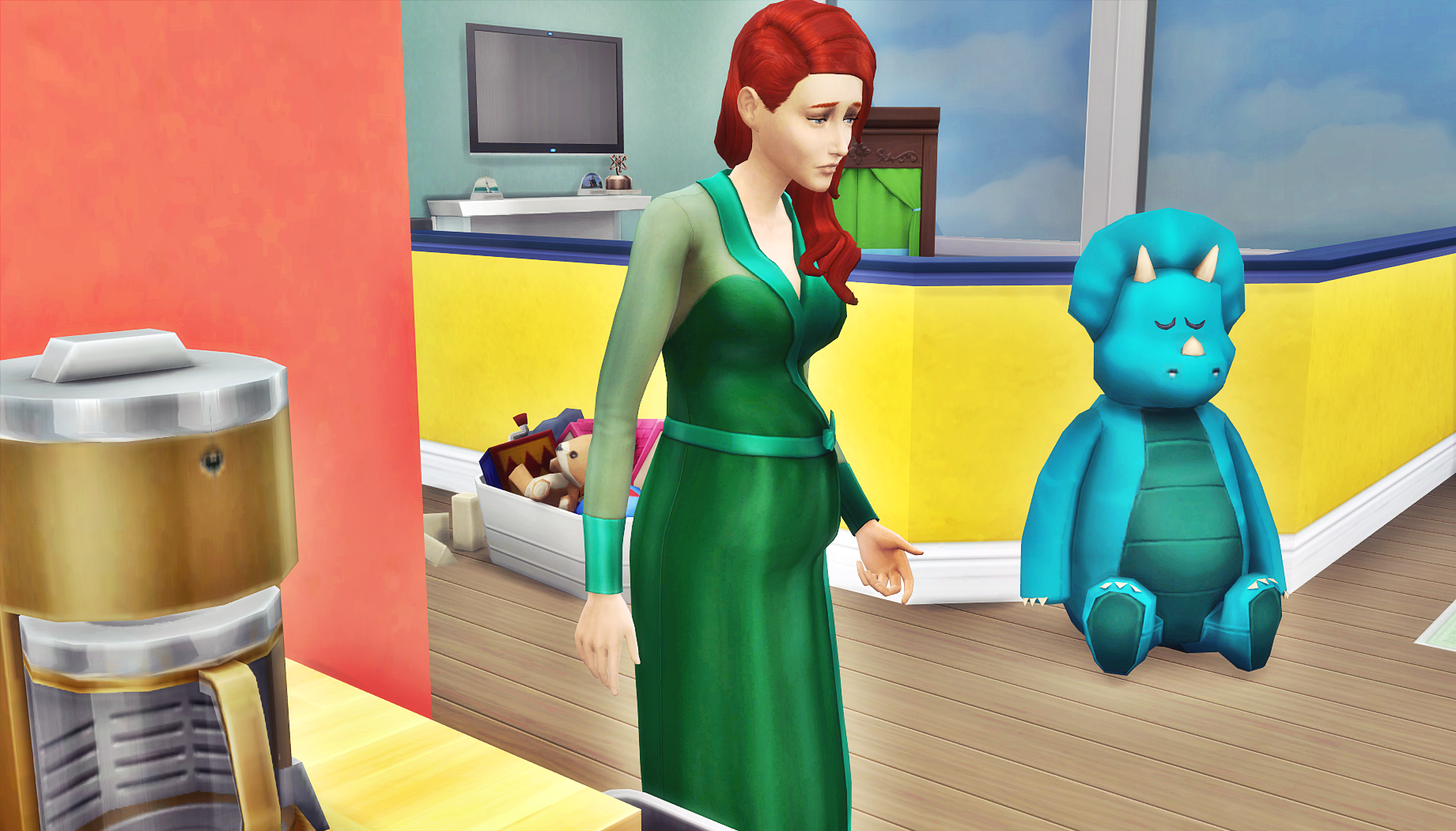 She felt a sense of relief as she finished her breakfast. She smiled as she looked at the puppet show booth the Ralstons had just added to the living room. She felt wistful because she knew she’d never get to watch one of the puppet shows. 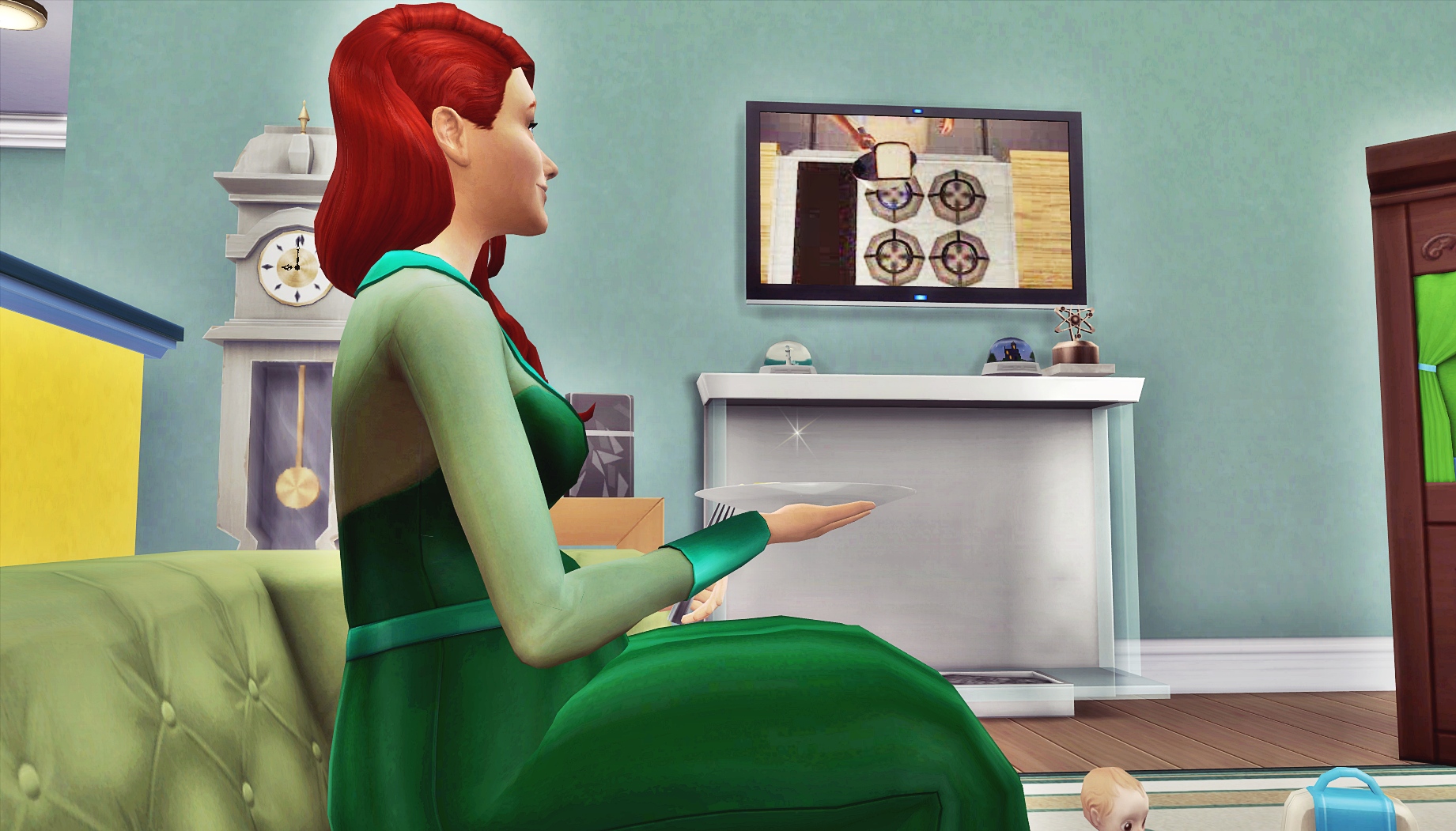 Before she could get lost in those complicated feelings, the morning sickness finally took over. 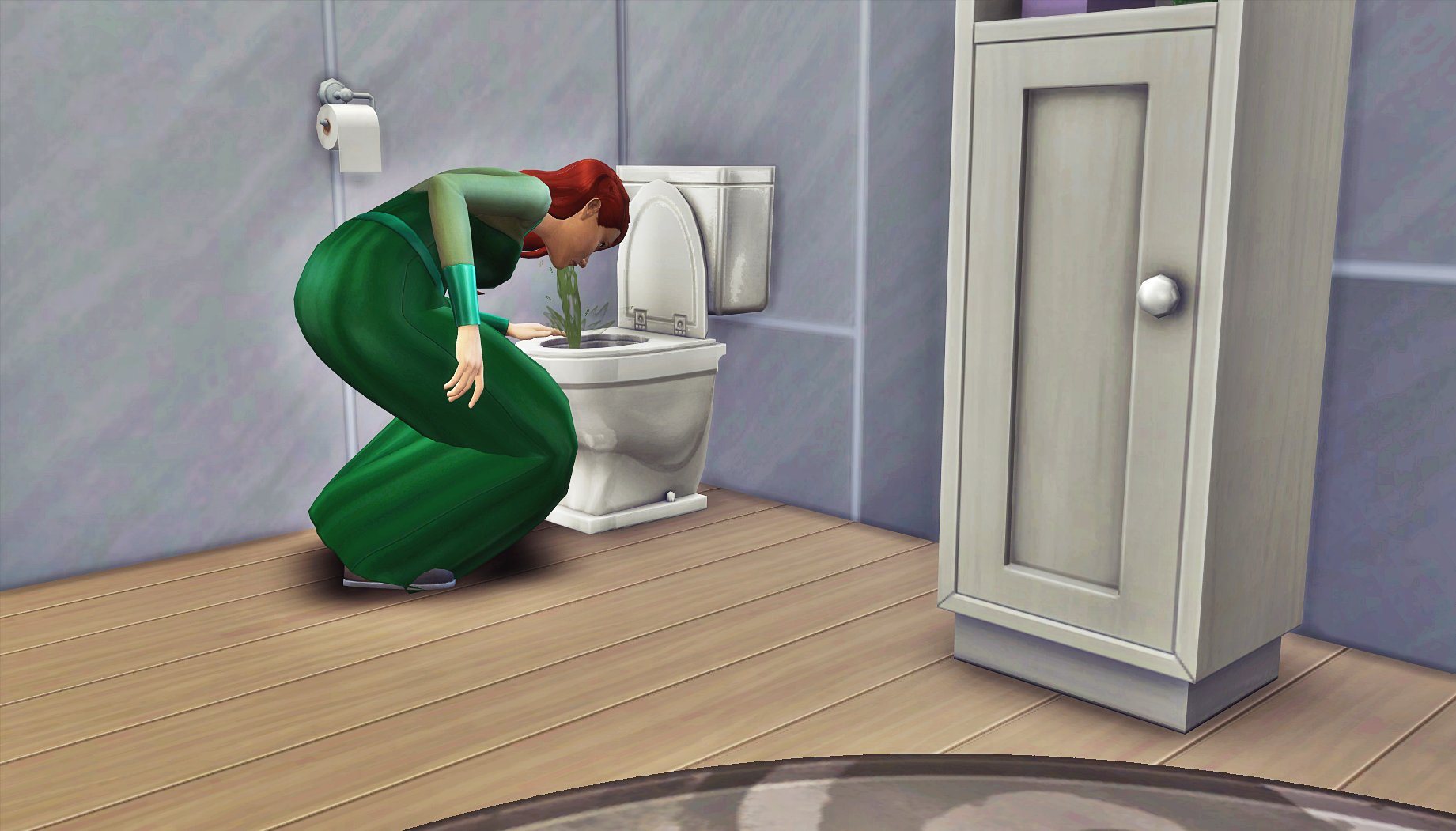 Even though bending was increasingly difficult as her belly grew daily, Jessie stayed a considerate house guest and cleaned up her mess. 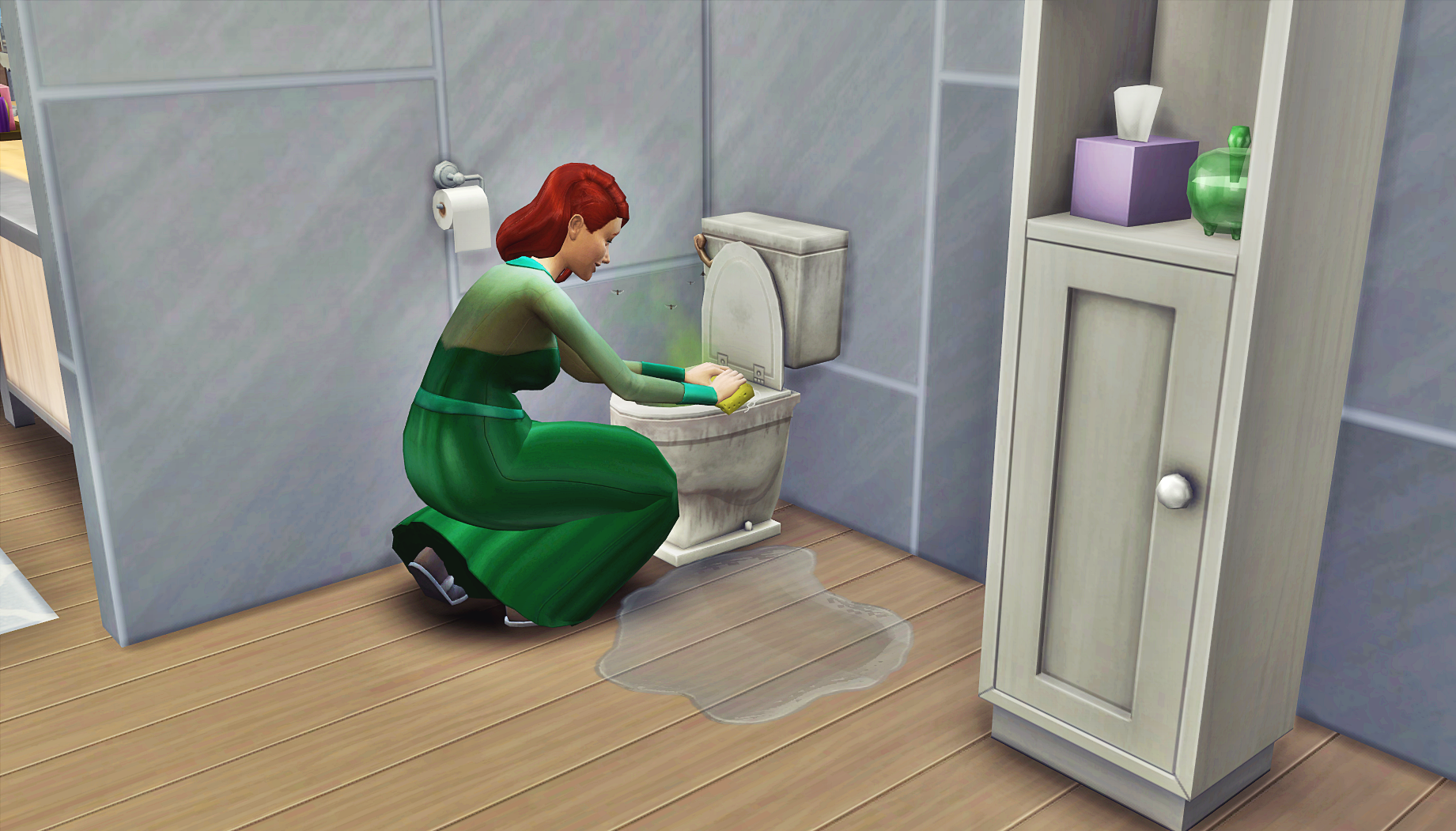 She headed back to the kitchen for her second attempt at breakfast. Kenya was there and was very happy to see her.

“Aren’t you glowing this morning? Pregnancy looks good on you Jessie,” said Kenya. “How are you feeling?” 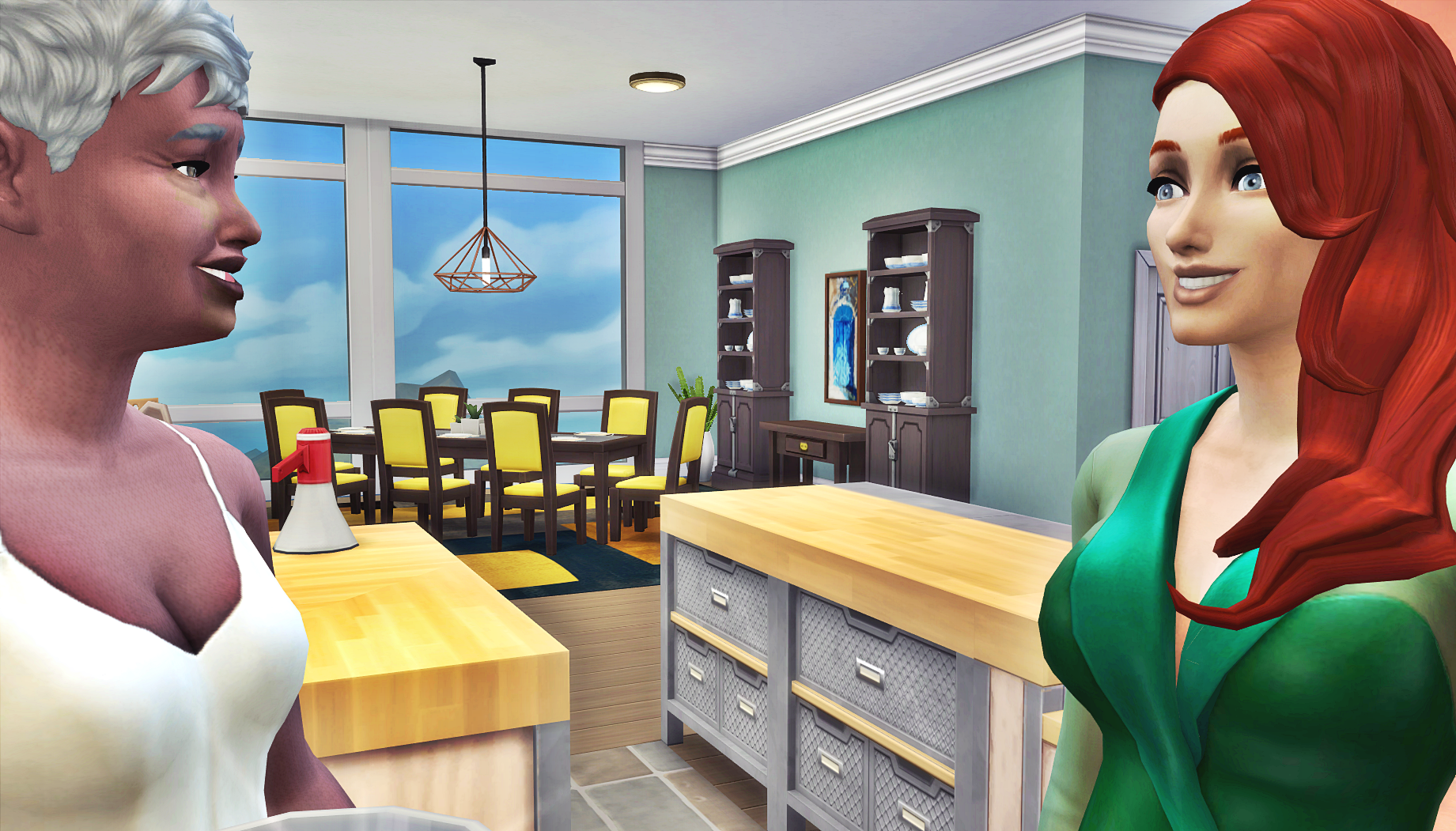 “I think the morning sickness has passed for now, so I’m feeling just fine. I’m just here for second breakfast. Any suggestions for food that’s more likely to stay down?” 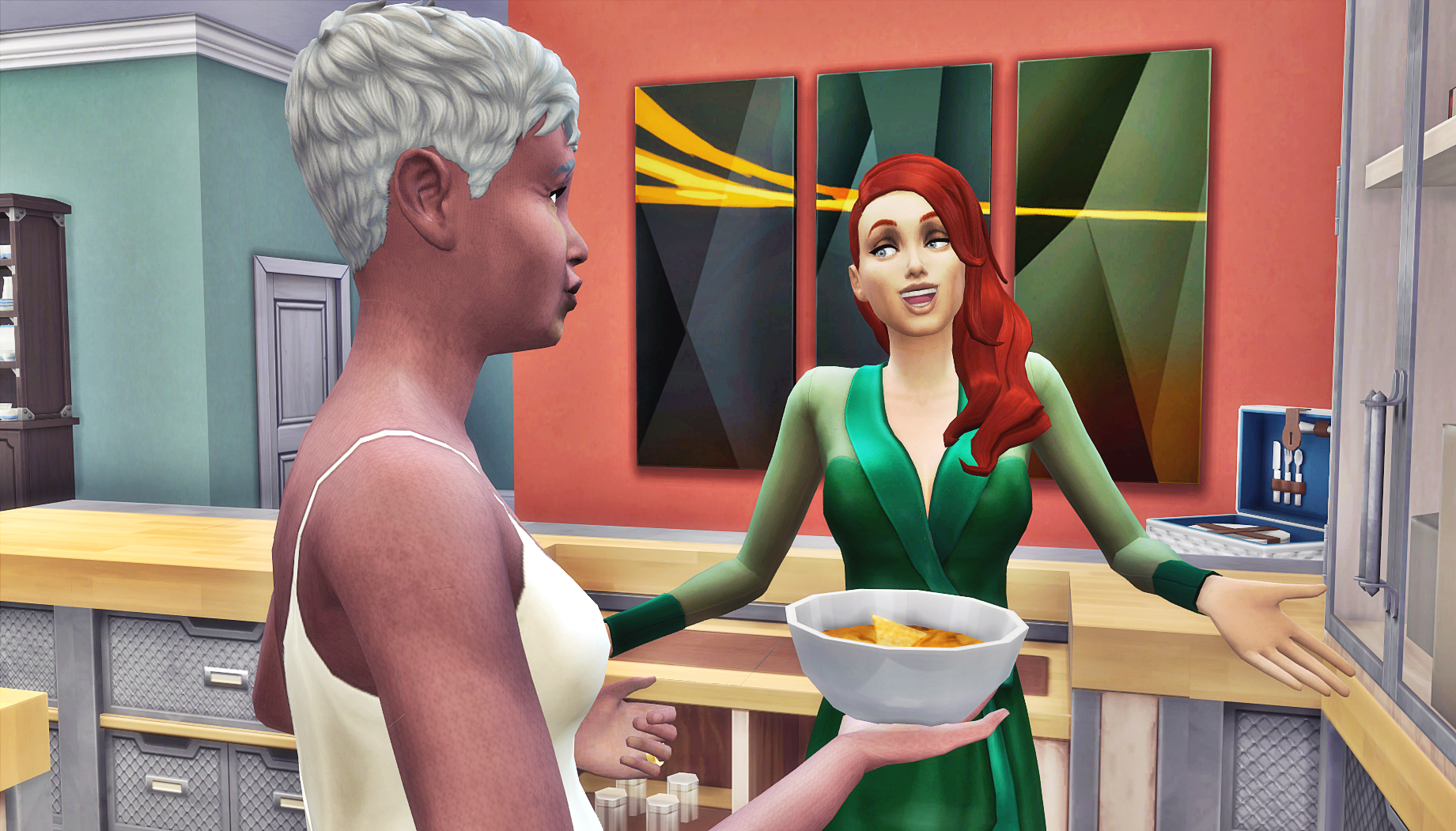 “Good morning, ladies,” said Gavin as he joined them in the kitchen. “I hope my babies aren’t giving you too much trouble, Jessie.”

“No, they’re fine,” said Jessie. “They’re going to be strong and happy, just like their parents–all their parents.”

Gavin smiled and gestured to Jessie’s belly. “May I?” 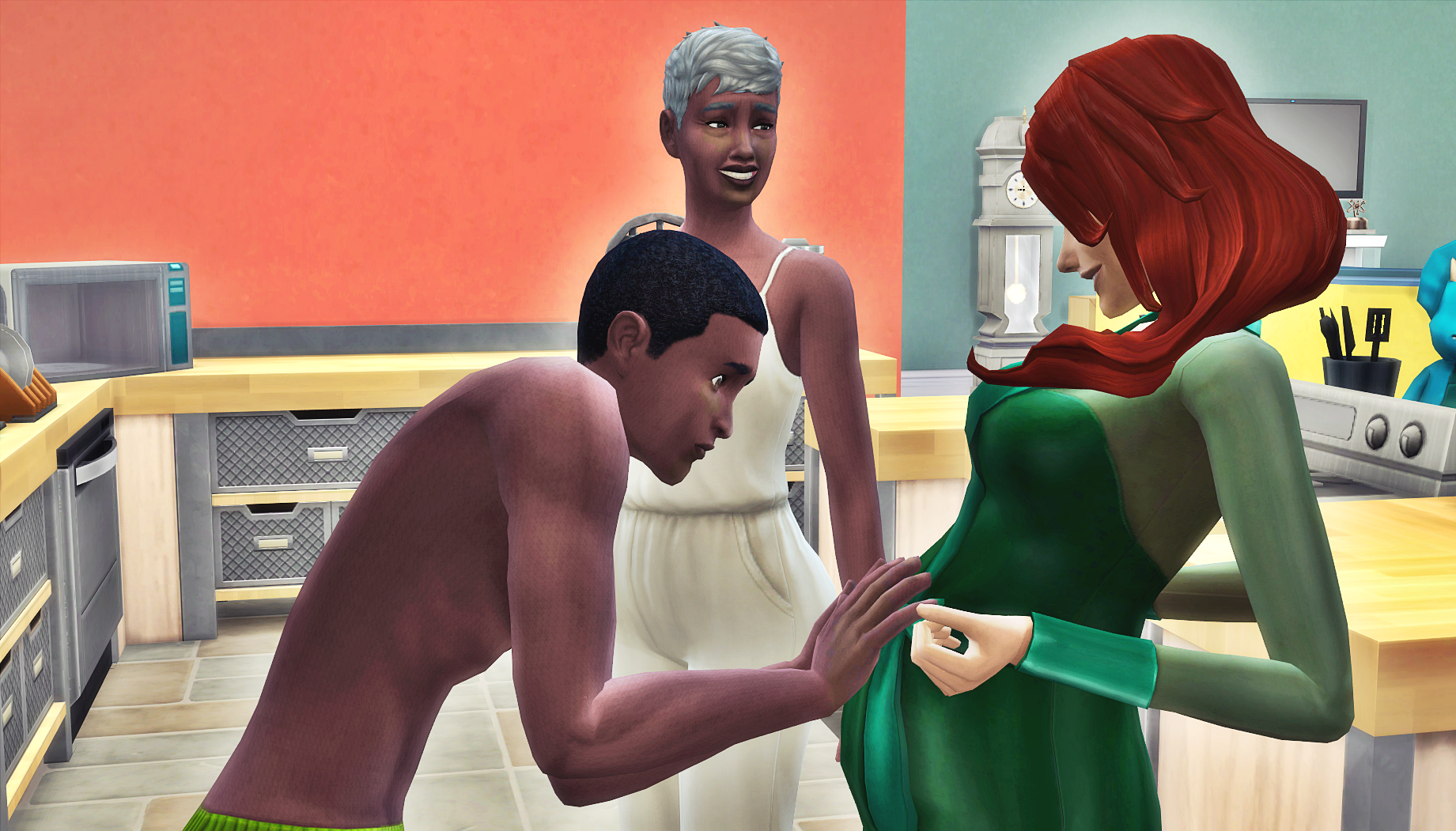 “Good morning everyone–oh are we feeling the babies? What a great way to start the day,” said Akira as he joined his family in the kitchen.

“Come on Akira,” said Jessie, “your turn to feel the babies.” 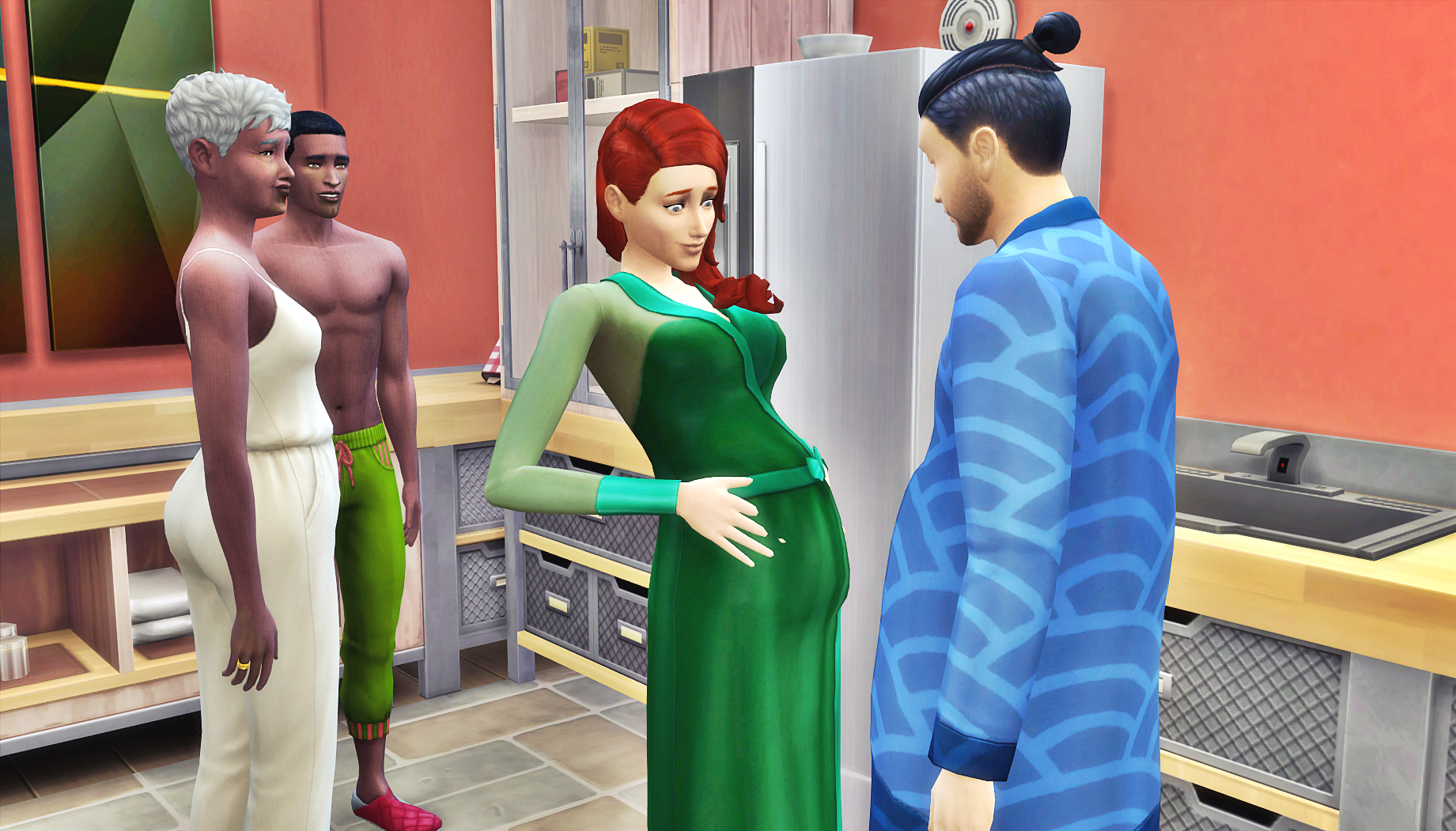 After second breakfast, Jessie got dressed for the day. She found that moving around helped with the pregnancy discomfort. She wrote an e-mail to her sister, who she knew would understand and appreciate her wry humor at being pregnant with someone else’s twins. 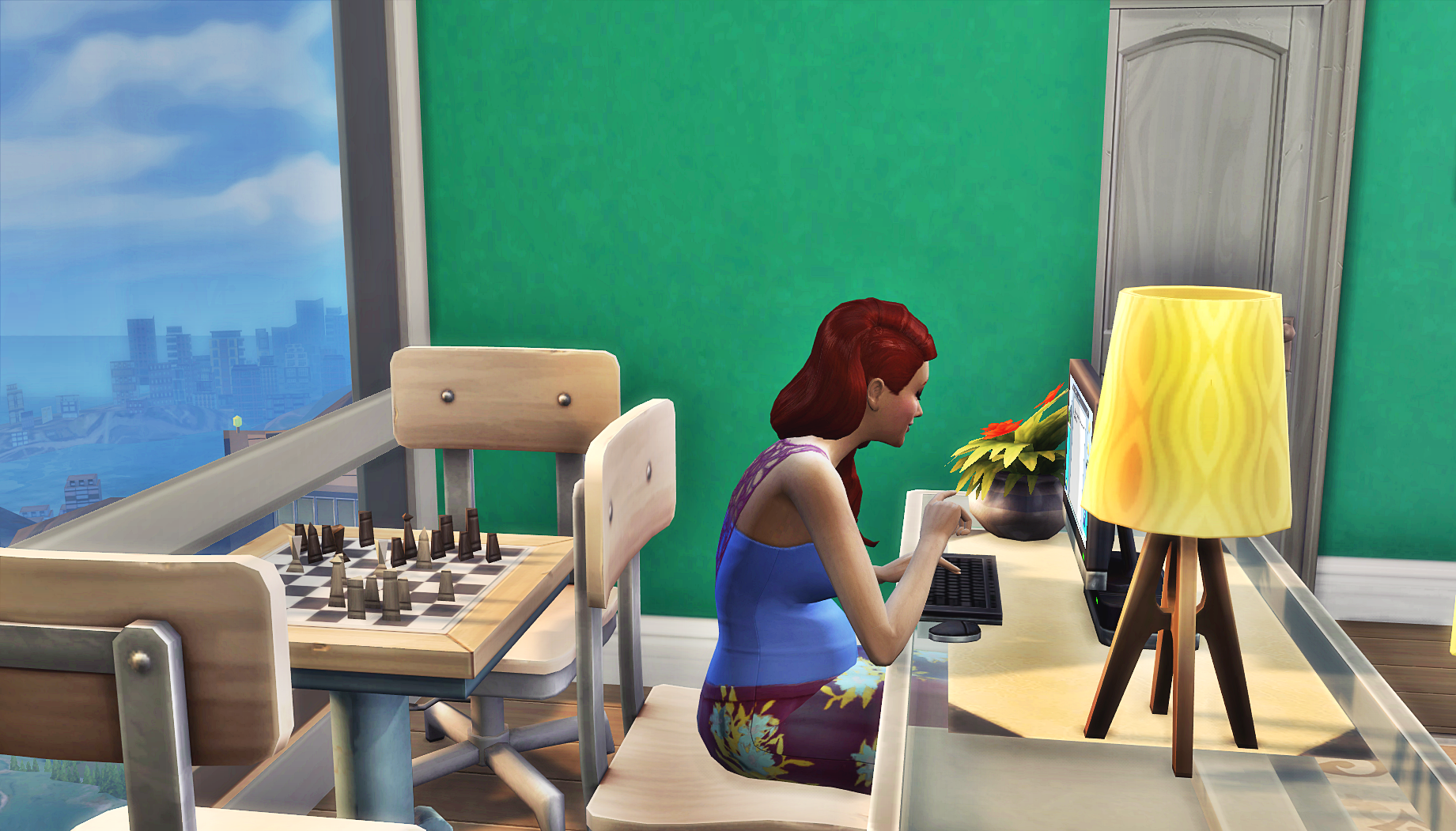 That evening, Kenya decided she wanted to take everyone out to dinner. Cristian was working, so he couldn’t join them, but everyone else went.

“Thank you so much for bringing me to dinner,” said Jessie. “You all are doing so much to help me feel welcome while I’m here. I’m really grateful.” 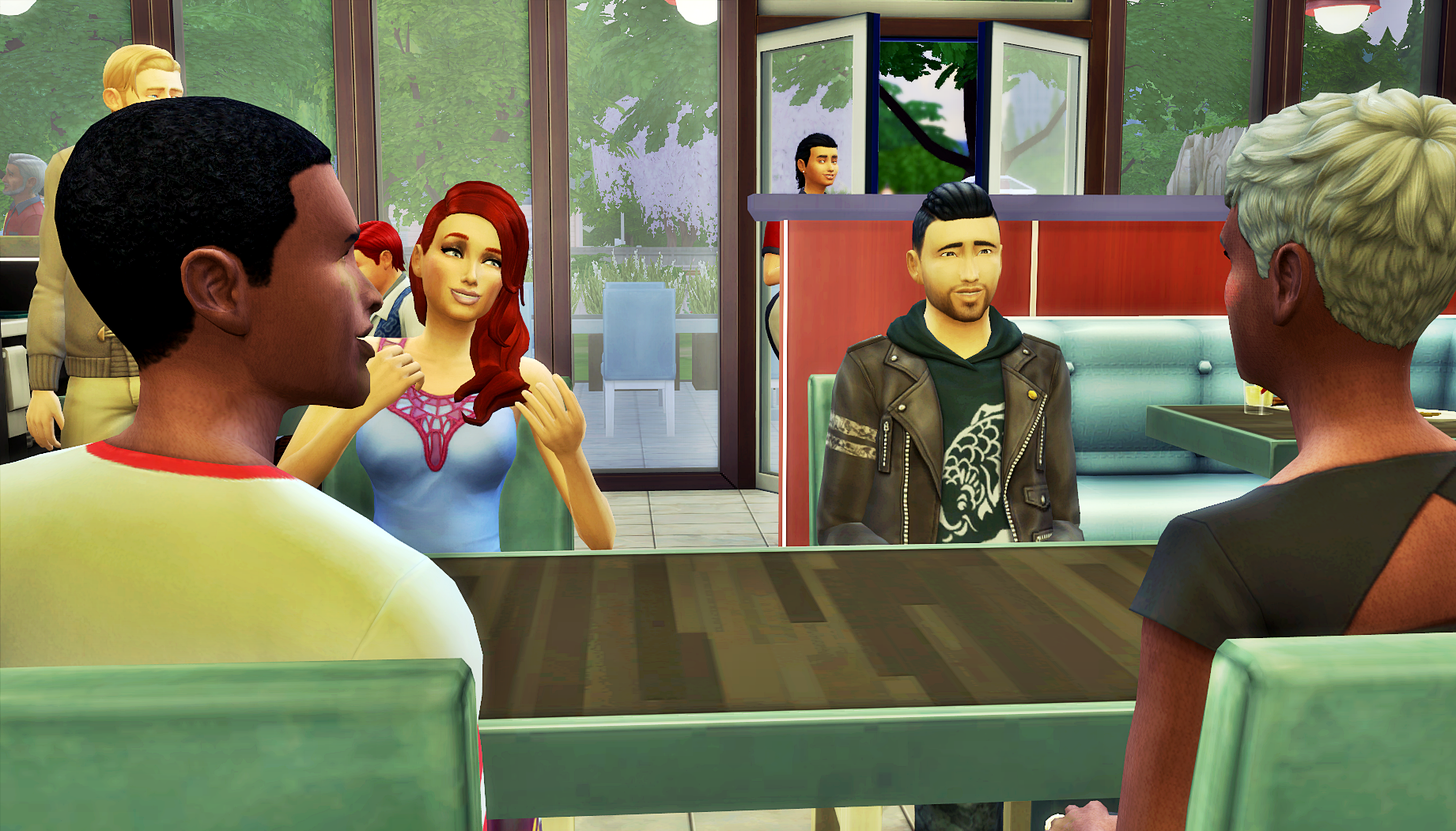 “I wish we could do more,” said Kenya. “There aren’t enough restaurants or money in the world to express our gratitude for what you’re doing for this family.” 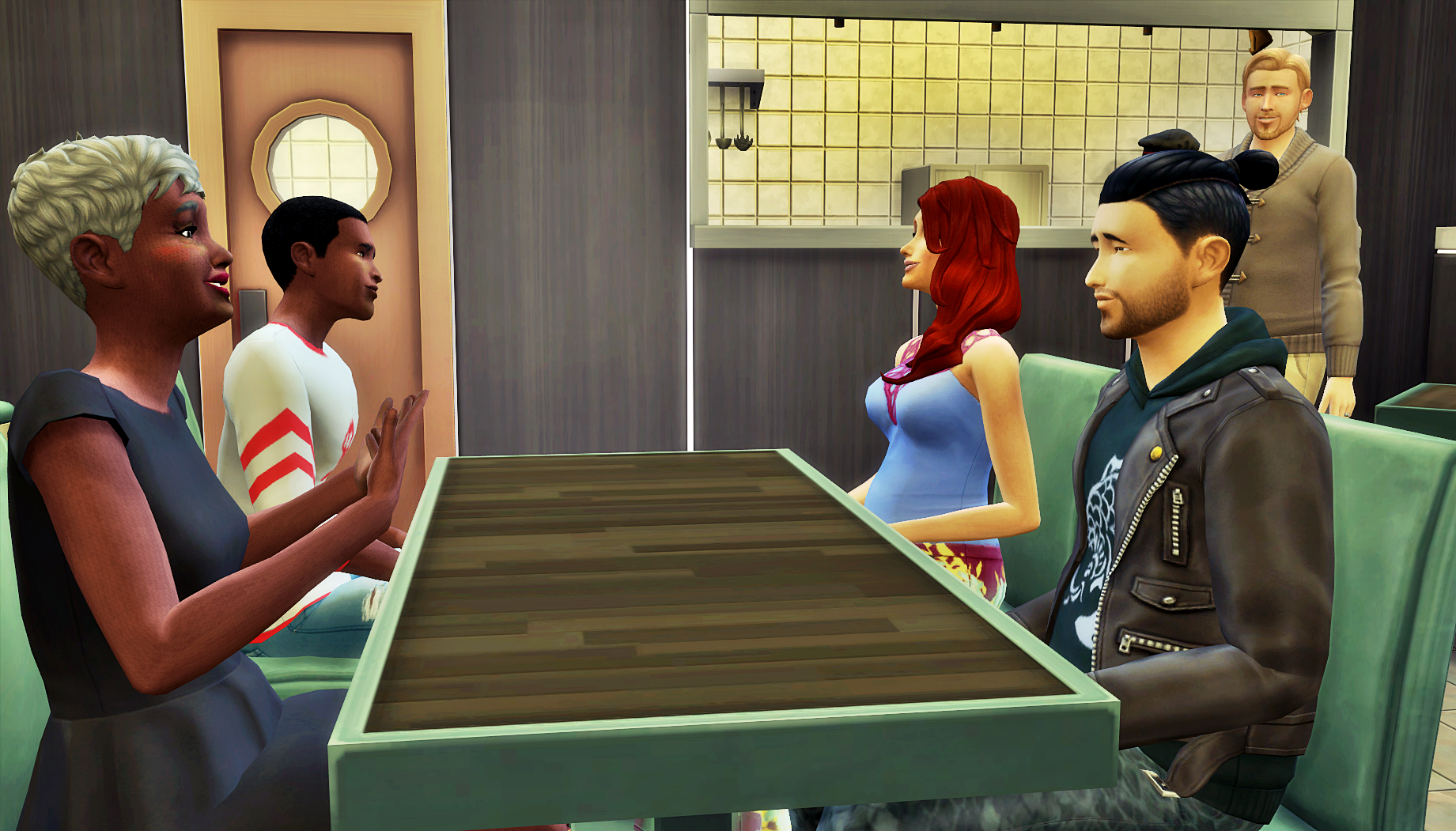 “You’re so right,” said Akira. “It wasn’t that long ago that I never would’ve believed this would be my life right now. I’m just happy and grateful and–and… ready to order. Let’s order before we all get emotional.” 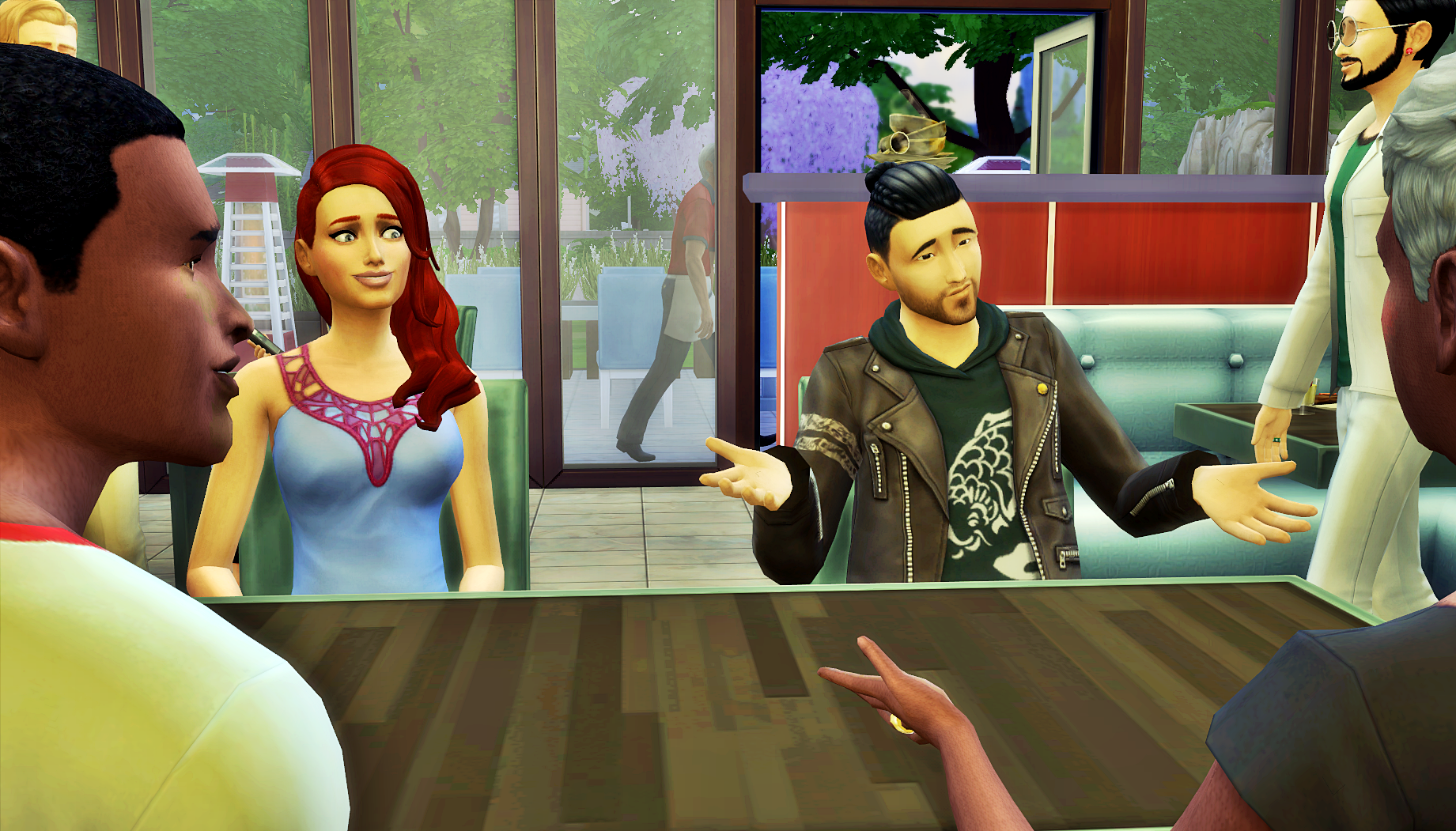 The four of them talked and laughed through dinner. Jessie fit in well with their family vibe, and they all tried not to think about how it was supposed to be temporary and they shouldn’t get too attached to each other. 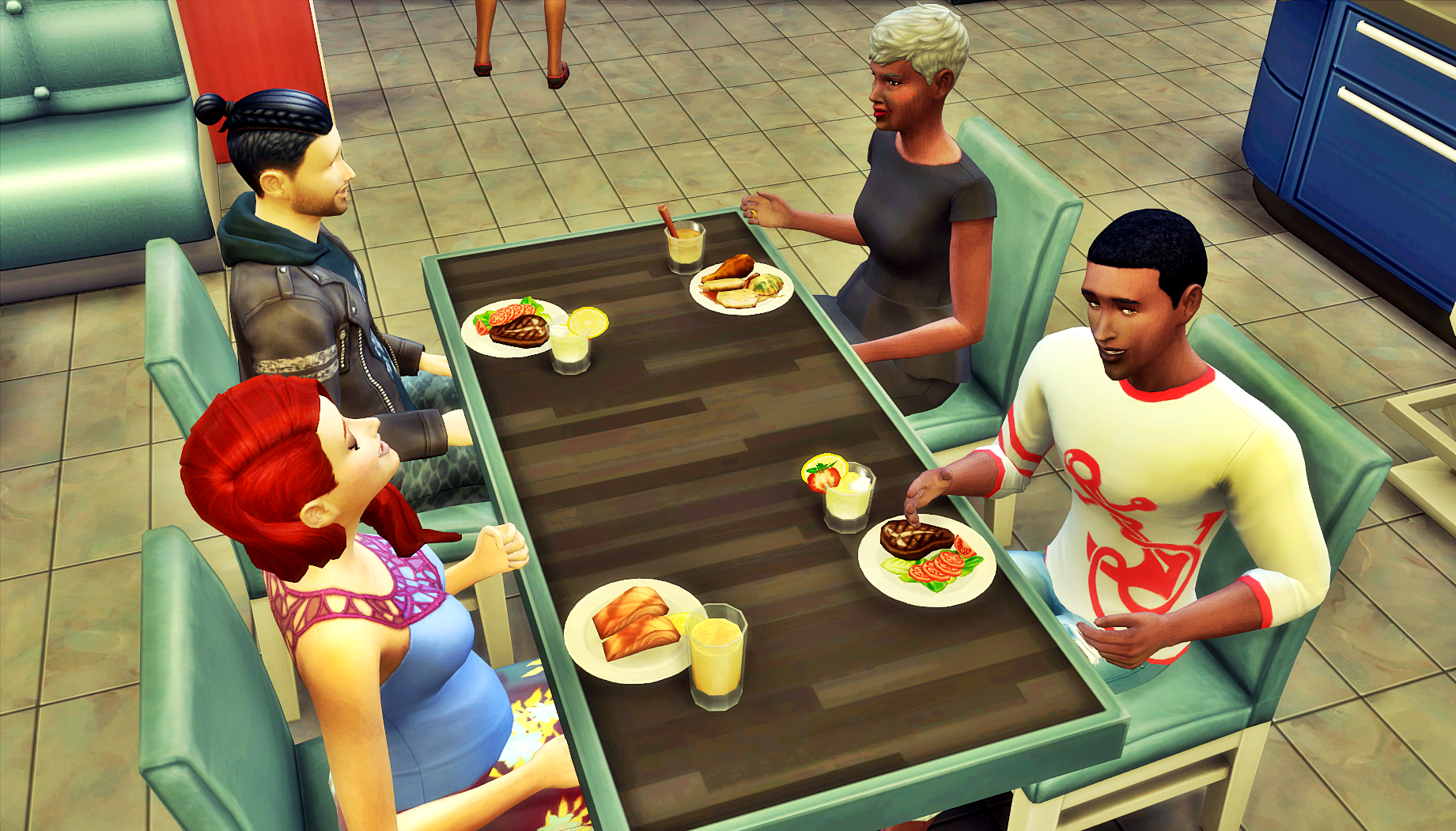