The Epstein family consisted of father Kurt, mother Laurel, teenage son Quincy, and child daughter Robyn. They moved into one of the largest homes in Oasis Springs one evening.

They felt like new money because they were new money. Originally crammed into a tiny apartment in Bridgeport, the inheritance Laurel received from a distant great-uncle changed their lives.

Before their lives changed, Kurt and Laurel Epstein were just your typical married couple. Who’d been together since high school. And who got married really young because they got pregant while in high school. And who’s oldest kid was over half their age.

The family enjoyed their first dinner at their ridiculously fancy table. Laurel hired an interior decorator and told them to aim for an old money look. The rest of the family was not impressed. But they were happy to have more space, and a mother who now had time to cook full meals for them.

Laurel began redecorating the house immediately. She turned the spare bedroom on the second floor into a home gym. She spent a lot of time in the early days doing yoga in that room. She had to fill the hours while Kurt was at work and Robyn and Quincy were at school some way.

The family spend a lot of time together, simply enjoying the fact that the parents now had time to do things like help the kids with homework.

Laurel spent a good amount of time and money redecorating each room of the house. One of her favorite rooms was the dining room. The house had what one would call good bones. She didn’t have to change much about the design, she just needed to lighten it up significantly.

Laurel slowly but surely re-decorated the entire house. She hadn’t quite finished all the rooms when she found out she had another reason to redecorate. She and Kurt were going to have another baby!

They were very surprised to find out that the unplanned (but not unwanted) pregnancy resulted in twins.

Laurel and Kurt moved upstairs to the master suite. Teenage son Quincy moved into their old bedroom. And Laurel redecorated his room for her twin girls Bianca and Brooklyn. It made sense to her to put all her girls on one side of the house.

The twin infants and home redecorating weren’t enough to keep Laurel occupied. Neither was her half-hearted attempt at becoming a self-published author. Yoga and shopping didn’t do it either. It wasn’t too long before her mind and heart began to wonder. She started an emotional affair with Bob Pancakes of all people. He hadn’t seen her since before she found out she was pregnant with the twins and he wanted to remedy the situation.

They hung out and chatted in her still-not-redecorated living room. With the arrival of the twins, Laurel was feeling more committed to her home life, so she sent Bob on his way. but he didn’t want to take no for an answer.

The Epstein family chugged forward, none the wiser about Laurel’s indiscretion. She decorated the home beautifully for Hanukkah, even agreeing to Robyn’s request for a tree to honor their Russian roots.

After the holidays were over, Laurel was determined to get Bob out of her system. She decided to start a social club, filled with representatives from every part of their world. This club would serve as a connection between diverse families, and a support system for the Sims who came to this world without their full families.

She patched up things with an eccentric man named Bo Blank, and he agreed to join the club.

She sought out Carmen Butler, who was always so much fun and so supportive.

You already know she included Luca Holloway as well. The last person she invited was newer to town than all of them. His name was Gavin Ralston.

Laurel was happy to have this extra support system around her. Leading the club took up a good chunk of her time, which for Laurel was a good thing. Luckily, the club didn’t take up too much time though because Laurel was pregnant again. And this pregnancy was the hardest on her body of them all.

After Laurel had what she hoped would be her last child, a beautiful baby girl named Emilie, she held her first club meeting. The club members got to know each other, and it seemed as if the club would be a success.

Laurel felt like her life was finally full in a way she could appreciate. She had her club (soon to be re-named the Counsel Council). She and Kurt were raising five wonderful kids, and his career in the Business track was finally catching back up to where it was in Bridgeport. The children were all doing well in school. And little Emilie was simply a delight to have at home with her.

With Quincy, Laurel was such a young mom, she couldn’t enjoy the experience. And with Robyn, they were crammed into a tiny apartment that didn’t have a room for a fourth family member. Then with the twins, well, they were twins, and a lot to handle all at once. But with Emilie, they played with blocks and flashcards, and threw wild parties at the dollhouse where the couch ended up in the pool. It was good times. 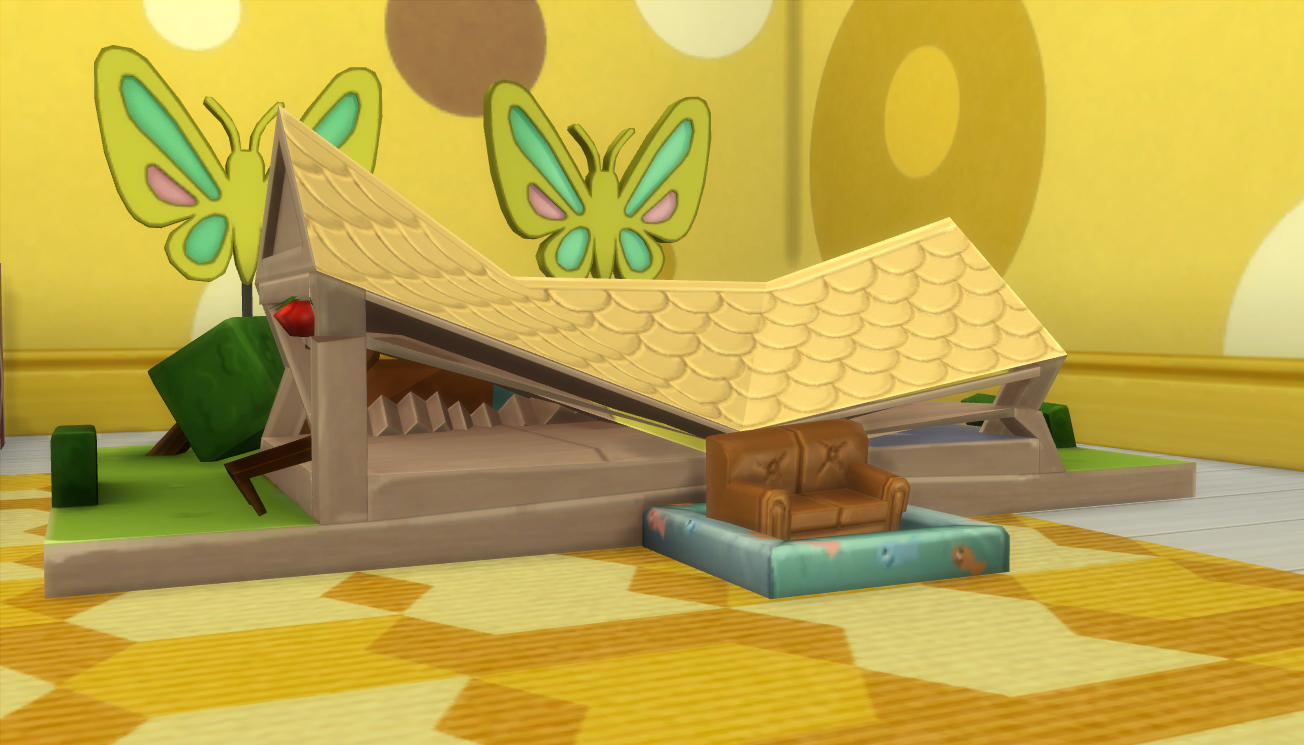 They celebrated Purim with a wonderful feast of a family meal when the holiday arrived. Laurel even made Purim cookies for her club friends and delivered a batch to each of them by hand. It was the first holiday celebration after Robyn aged up to Teen. How grown up and beautiful she looked took the family by surprise.

Soon it was time for Quincy to age up to Young Adult. His parents threw him a small party, just family, and of course his sweetheart Daniella Holloway. Daniella fit in really well the with the Epstein family, particularly Quincy’s sisters.

There was a lot of love between the family members. Teenage Robyn loved spending time with her toddler sister Emilie.

Even when family friends came over, it was a family affair. When Quincy’s high school friends stopped by to hang out after some of them aged up to Young Adults, they spend more time with Robyn, Laurel, Emilie, and Brooklyn than they did with Quincy.

Laurel used some of her inheritance money to build a club hangout. She turned the space she purchased for the club into an entire building dedicated to family fun. During a club meeting at the new place, Laurel revealed to her club friends that she’d been attacked by a vampire.

Gavin shared that he’d almost been attacked by a vampire too. At Laurel’s insistence, the club decided to address the vampire problem. They went and camped out in Forgotten Hollow in an attempt to harvest plants that were know to prevent, cure, and repel vampirism.

They were there for a few days waiting for the plants to be harvestable, but at the end of it, they had a great collection of plants to add to Carmen’s garden. Carmen was the gardening expert of the club, and she was happy to grow enough garlic and wolfsbane and everything else to help her club members.

[Author’s Note: I know I said I wouldn’t limit the length of these catch-up posts, but I feel like this is getting a little long, and I’m only halfway through, so I’m going to split the Epstein recap into two parts and post the second part in a couple of days!]